He may not have the Joker’s darkly comedic talents, but Bane is nonetheless one of the most iconic villains Batman has faced in his long history of crime-fighting.

Much more serious and somber than many of Batman’s other foes, he delivers the sort of lines that bring a heaviness to Batman media. Below, we’ve listed twenty of our favorites.

Taken from the Batman: Rebirth comic book, this line has Bane rather solidly confirming his distinct nature as a villain. He drops nods to various other members of Batman’s classic rogues’ gallery and declares himself to be above all of them. It’s a very clear-cut way of letting the reader know that he’s a villain who is defined chiefly by his seriousness.

“Nobody cared who I was before I put on the mask.” – The Dark Knight Rises

Arguably the most iconic line from Bane’s most iconic appearance, this line is a rather hard-hitting reflection of how those of us who enjoy superhero-based media often only regard both superheroes and supervillains as interesting when they don their costumes and take on their “super” personas; who they were before this is of little interest to us.

Fittingly, in this particular manifestation of Bane, we’re not told his real name and are given almost no information about his pre-Bane life. Our interest in him lies in his role as a villain, not as a human being.

Bane speaks these words early on in The Dark Knight Rises. It’s a grimly prophetic nod to the tremendous chaos and discord that he will soon sew in Gotham.

“Do you feel in charge?” – The Dark Knight Rises

Bane asks this question of John Daggett, a rich board member of Wayne Enterprises. The fact that he is saying these words to such an obviously powerful man indicates how he plans to absolutely shatter Gotham’s social hierarchy and structure.

“I was wondering what would break first – your spirit, or your body.” – The Dark Knight Rises

In saying these words to Batman, Bane reflects the grim, desperate situation that Batman is in and his own strengths. Bane is a villain defined by his inhuman physical might and shrewd, intelligent, calculating nature. In brief, while he was wondering whether Batman’s mind or body would break first, it’s more than within his ability to break both. 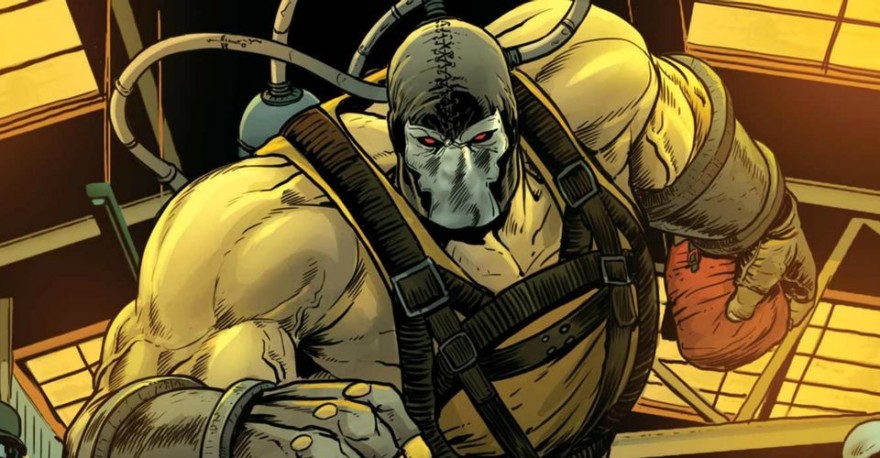 “I’m Gotham’s reckoning. Here to end the borrowed time you’ve all been living on.” – The Dark Knight Rises

Lines like this show Bane’s deepset confidence. He sees his mission to fulfill Ra’s al Ghul’s vision of destroying Gotham as inevitably successful. The people of Gotham, he believes, have not triumphed by surviving as long as they have; they have merely delayed the inevitable. It’s this absolute belief in his inevitable victory that makes Bane such a foreboding foe.

“When Gotham is ashes, then you have my permission to die.” – The Dark Knight Rises

The sadistic nature of this line reflects Bane’s deep-set determination – in this case, his determination to show Batman that he has truly won and that Ra’s al Ghul’s dream of destroying Gotham will, despite all his lifelong efforts, be carried out.

“You don’t fear death. You welcome it. Your punishment must be more severe.” – The Dark Knight Rises

Another example of Bane’s sadism towards Batman; these words reflect how well he understands Batman’s inner philosophy. He knows well that Batman would not object to dying if he knew that he died fighting to bring peace to Gotham. It is dying knowing that he has lost, and that Gotham is doomed, that he truly dreads – and that’s just what Bane wants.

“You merely adopted the dark. I was born in it, molded by it. I didn’t see the light until I was already a man. By then, it was nothing to me but blinding! The shadows betray you because they belong to me!” – The Dark Knight Rises

But perhaps most chillingly, this line confirms that one of Batman’s greatest strengths – his ability to draw upon both his skill in hiding in the shadows and the hardships he has endured throughout his life to give him an edge in combat – is useless here. Bane has him beat on both counts.

“Peace has cost you your strength!” – The Dark Knight Rises

In a similar vein to the previous quote, Bane’s words here reflect how the hardships of his life have given him an edge in brutality over Batman.

Gotham, and by extension Batman, have known brief periods of peace and victory. Bane, by contrast, has not known peace a moment in his life. Thus, he has necessarily had to grow stronger and more brutal than Batman could hope to be. 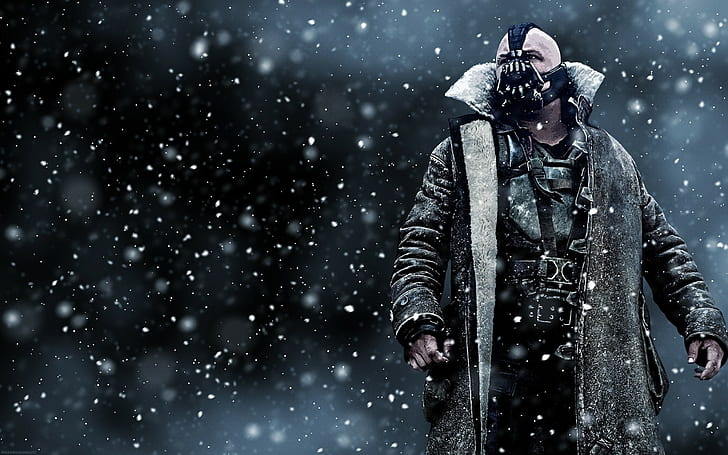 “We take Gotham from the corrupt! The rich! The oppressors of generations who have kept you down with myths of opportunity, and we give it back to you… the people. Gotham is yours. None shall interfere. Do as you please. Start by storming Blackgate and freeing the oppressed! Step forward those who would serve. For and army will be raised. The powerful will be ripped from their decadent nests, and cast out into the cold world that we know and endure. Courts will be convened. Spoils will be enjoyed. Blood will be shed. The police will survive, as they learn to serve true justice. This great city… it will endure. Gotham will survive!” – The Dark Knight Rises

Bane speaks these words to Gotham’s disaffected criminals, spurring them to bring about anarchy and chaos in the streets. Of course, as is quickly made clear to us, these words do not reflect any sincere belief on his part. He plans to destroy Gotham completely, and the false hope that these words bring to the cities downtrodden is merely a cog in his sadistic plan.

“There’s a reason why this prison is the worst hell on earth… Hope. Every man who has ventured here over the centuries has looked up to the light and imagined climbing to freedom. So easy… So simple… And like shipwrecked men turning to sea water from uncontrollable thirst, many have died trying. I learned here that there can be no true despair without hope. So, as I terrorize Gotham, I will feed its people hope to poison their souls. I will let them believe they can survive so that you can watch them clamouring over each other to ‘stay in the sun’.” – The Dark Knight Rises

With these words, Bane describes the horrors of the prison where he grew up and outlines how it shaped a key aspect of his sadistic philosophy: the devastating power of hope.

In all his years in the Pit, he learned how that small hope of climbing the wall to freedom was the main source of the prisoners’ despair. He plans to destroy Gotham in that same way: by giving its doomed citizens some vain hope that they can come out on top.

“Theatricality and deception are powerful agents to the uninitiated.” – The Dark Knight Rises

In the context of the film, this line feels almost like something of a confession. Bane is a deeply theatrical, charismatic villain (thanks in great part, of course, to Tom Hardy’s excellent performance), but by his own admission, this is part of his deceptive agenda.

The theatrics he puts on are the means by which he retains his henchmen’s loyalty and sells his false ideology to the criminals of Gotham. But this theatricality, he knows full well, will never work on Batman – they are, after all, both students of Ra’s al Ghul.

For all the deceptive things he says, one gets the sense that this, at least, is something Bane truly believes. He is a genuine believer in Ra’s al Ghul’s goal of destroying Gotham once and for all and sees his own villainy as a necessity for carrying out this goal. Of course, given how sadistic he is while doing so, it’s debatable just how much of his evil can truly be called “necessary”.

Out of context, this quote seems innocent enough. In context, it’s bizarre and a reflection of Bane’s unhinged nature.

The fact that he’s taking a moment to do something as wholesome as appreciate a young man singing the national anthem before a crowded stadium, moments before charging onto the field and revealing an armed bomb to that same crowd, probably only makes sense to him.

“Calm down, doctor. Now is not the time for fear. That comes later.” – The Dark Knight Rises

A simple line but horrifying in retrospect once you become familiar with the Bane character. When someone like that tells you that you need to be afraid, you really don’t have any reason not to believe he means it. Moreover, it’s another piece of foreshadowing of the horror he will bring to Gotham. 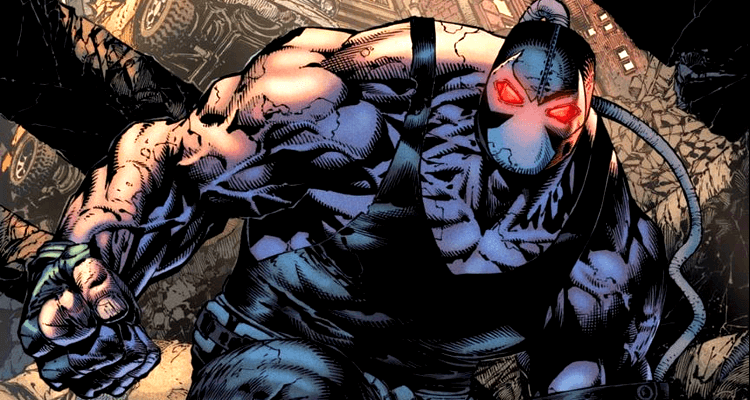 “Crashing this plane…with no survivors.” – The Dark Knight Rises

Bane says this to a CIA agent in response to the question of what the next step in his plan is. It’s one of his less eloquent moments, and it’s all the more horrifying for how bluntly he states it.

“There is no such thing as childhood. It’s a myth.” – Secret Six

It seems natural that Bane, with his miserable childhood spent largely in incarceration, would have a (to say the least) cynical view of the concept of childhood happiness.

In this sense, Bane hints at one way in which he and Batman may, in fact, be similar. Batman, after all, was set onto the path of heroism he took chiefly because of the traumatizing experiences that defined his own childhood.

“May you find the peace in death that you did not find in life.” – Batman: Arkham Origins

Considering Bane utters this line to Batman while trying to kill him and does so without a trace of irony in his voice, it’s a strangely poignant moment. After all, Batman is a deeply tormented soul, and it seems unlikely he’ll ever find true peace, which is a major driving force behind his actions.

Bane’s seemingly sincere wish to see Batman find peace is one of those moments that really drives home how he’s among his more serious and wise of foes.

Breaking Batman is one of Bane’s central motivations in The Dark Knight Rises, but years before this, he broke Batman physically by smashing him over his knee in Batman Volume 1 #497, wherein he utters this quote. It’s a defiant line that succinctly summarises how he was one of the first supervillains to truly dominate the seemingly invincible Batman.