Having been released right on the heels of DC’s 2017 Wonder Woman, many folks are holding out hope that 2019’s Captain Marvel could be part of a new wave of female-centric superhero films.

Either way, many female comic book fans have found great cheer in the long-awaited representation that this movie provides – and, of course, in the sharp and witty dialogue that characterizes all of the MCU films.

So in honor of DC’s upcoming Wonder Woman 1984, we’ve decided to celebrate the growing subgenre of superheroine cinema by listing twenty of our favorite Captain Marvel quotes.

“I keep having these…memories. I see flashes. I think I have a life here. But I can’t tell if it’s real.” – Carol Danvers

An early line in the movie, this quote foreshadows one of the main themes in the film – that of the woman who thinks of herself as Vers recalling her life on Earth as a woman named Carol Danvers, and coming not just to recollect this lost identity, but reclaims it for herself. 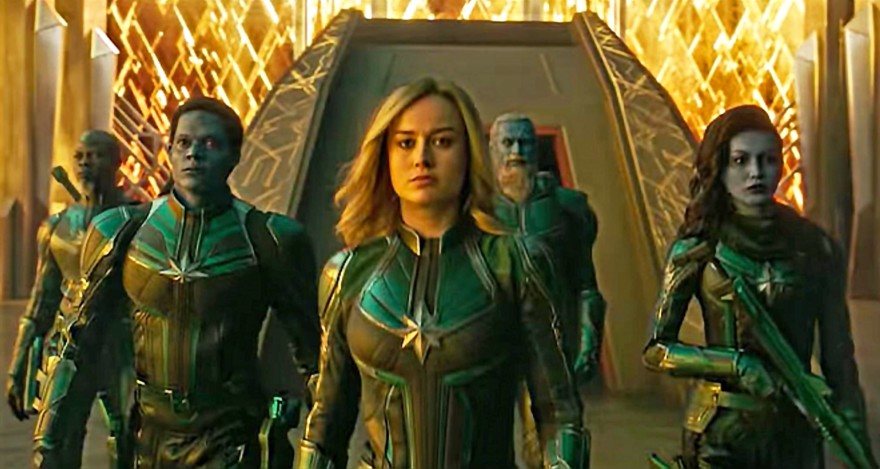 “I have nothing to prove to you.”– Carol Danvers

Carol Danvers utters this simple, dismissive, iconic line to Yon-Rogg, her former mentor after he attempts to urge her to prove her strength by facing off with him one-on-one.

Not only does this show her self-confidence, but it also works as some powerful meta-commentary, since many more puritanical fans of the MCU had a rather dismissive attitude toward this newly-arrived character and the considerable powers she displayed.

There’s a clear reason why this quote was used as one of the film’s taglines – not only does it succinctly represent Carol’s past life as a US Air Force pilot, but it also demonstrates the powerful nature of the Captain Marvel character, even compared to her fellow superheroes.

“My name is Carol.” – Carol Danvers

Speaking of Carol’s past, this particular quote demonstrates the power of a simple line in a strong context. This simple acknowledgment of her Earth name shows Carol’s acceptance of the identity that was stripped from her and served as a hard-hitting implication that she will no longer accept the lies she has been fed for so long.

This line is from the very same scene as the previous one but carries a tremendous weight all of its own.

Not only does it further underline how Carol is embracing her identity as a resident of Earth, but it is also extremely ironic; though she refers to herself as “only human,” it is through embracing her humanity that she is able to become more powerful, and more defined as an individual, than she ever was before.

“If there are lives at stake, I will fly the plane.” – Carol Danvers

Another reflection of Carol’s growing acknowledgment of her past, she utters this line to Maria Rambeau, one of her friends from her past, as she slowly recalls her life in the Air Force.It clearly shows that she recalls not only her talents as a pilot but also her willingness to be a hero.

“You are Carol Danvers. You were the woman on that black box risking her life to do the right thing. My best friend. Who supported me as a mother and a pilot when no one else did. You were smart and funny, and a huge pain in the ass. And you were the most powerful person I knew, way before you could shoot fire through your fists.” – Maria Rambeau

Speaking of Maria, this particular quote is part of her effort to help Carol recall her past life. Not only does it demonstrate what a close friend Maria was to Carol in her previous life, but it also demonstrates what a strong impact Carol had on those around her, even before she acquired her superpowers.

“You call me ‘young lady’ again, I’ll shove my foot up somewhere it’s not supposed to be.” – Maria Rambeau

And Maria, as it happens, also gets a fair few badass quotes of her own. This particular line, uttered during some lighthearted banter with Skrull commander Talos, makes it clear that one doesn’t need to have superpowers to be assertive or self-confident.

“This is probably the most incredible mission in the history of missions, and you’re really gonna give that up just to sit on the couch and watch Fresh Prince with me?” – Monica Rambeau

Even Maria’s young daughter Monica gets her own memorable line with this one, which she utters to extinguish her mother’s reluctance to leave her daughter behind and assist Carol on her mission.

Not only is it amusing, but it allows Maria to discard her doubts and confidently tackle the mission alongside Carol. What’s more, the Fresh Prince of Bel-Air reference makes for a nice nostalgic nod to the film’s 90s setting. 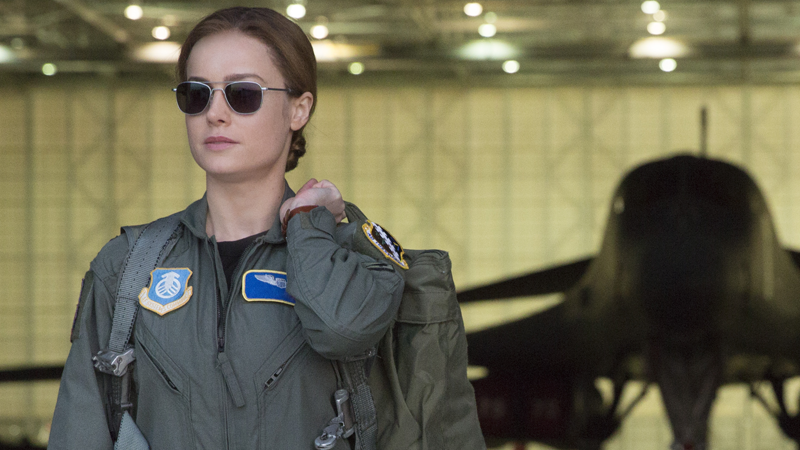 “Grunge is a good look for you.” – Nick Fury

And since we’re talking about funny lines and 90s references, this line from Nick Fury, uttered to Carol after she’s put on her Nine Inch Nails outfit, not only serves as an amusing nod to the grunge aesthetic that was so popular at the time, but makes it clear that Nick Fury, especially in his younger days, could have some lighthearted moments too.

“You know anything about a lady blowing up a Blockbuster? Witnesses say she was dressed for laser tag.” – Nick Fury

Alright, we had to include this one too, since we’re on a roll here, and it’s the most aggressively 90s moment of the whole movie. A reference to Blockbuster and laser tag in the same sentence? It’s enough to make those of us with 90s childhoods practically weep with nostalgia.

“We have no idea what threats are out there. We can’t do this alone. We need you.” – Nick Fury

But of course, Nick Fury has plenty of serious moments too. This particular line uttered to Carol in an effort to convince her to join S.H.E.I.L.D., not only underlines how invaluable Carol’s talents could be to the organization but also carries heavy prophetic weight since this film takes place chronologically before most of the other MCU films.

It also underscores how Carol was instrumental in helping Fury realize how organizing the Avengers Initiative was necessary to face the many trails that were to come.

And keeping on the topic of Carol and Nick Fury’s relationship, this line is one which Carol utters after blasting the lock off the door to the Records room at the Project Pegasus facility.

It’s a moment that not only once more underlines Carol’s power, but also demonstrates her amicable relationship with Nick, and shows, in a lighthearted manner, that she is willing to give others the spotlight…when there’s time for it.

“This war is just the beginning.” – Talos

For another bit of ominous foreshadowing, this line will probably resonate with those who’ve kept up with the tumultuous and chaotic events of the MCU from the beginning. Because after all, Talos is absolutely right – this war is just one early incident in a series of galactic clashes that will shake entire worlds to their core.

“I’m not going to fight your war. I’m going to end it.” – Carol Danvers

Speaking of war, one key aspect of Carol’s recognition of her past, and her transformation into a superhero, is her rejection of the identity of an emotionless soldier that Yon-Rogg attempted to drill into her, instead of taking up the mantle of a compassionate hero.

Lines like this one exemplify how she will, from now on, channel her many talents not into winning wars, but into ending them.

“This isn’t about fighting wars. It’s about ending them.” – Mar-Vell

And Carol is hardly the only one with this sentiment. This line, uttered by Kree scientist Mar-Vell, demonstrates that a recurring theme of the film is the choice to end wars rather than perpetuate them and that those with power should use it to reinforce peace rather than bring conflict.

And speaking of Mar-Vell, this line has Carol commit to taking up Mar-Vell’s mantle and bring an end to the war between the Kree and the Skrull. Not only is it a reflection of her determination, but it’s a touching tribute to how Mar-Vell helped set her on her path to becoming a peacemaking superhero.

Given the aforementioned theme, it’s odd to hear this line coming from one of the good guys.

However, Nick Fury is absolutely correct in what he says – war is a universal phenomenon that resonates across time and space… which is just another reason why the world is so greatly in need of heroes like Carol, who are willing to help bring it to an end. 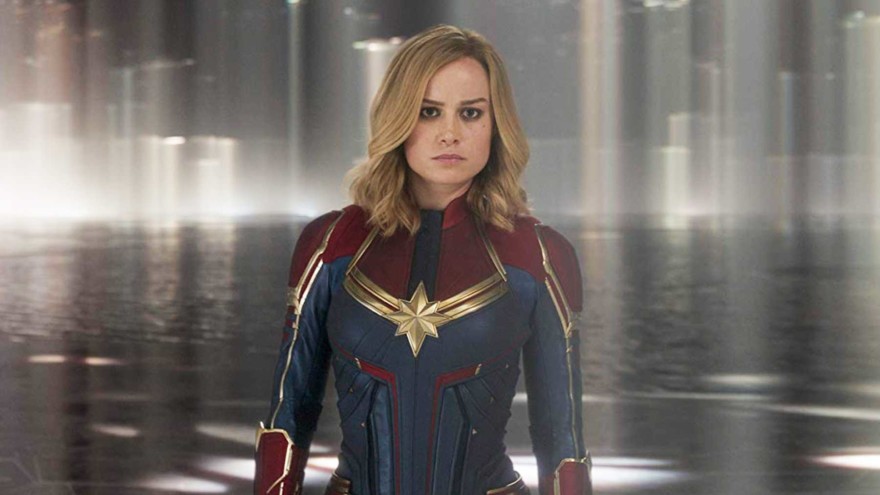 “I’ve been fighting with one arm tied behind my back. But what happens when I’m finally set free?” – Carol Danvers

Carol utters this line as she tears out the inhibitor implant that the Kree had implanted in her, thus unleashing the full force of her powers. It’s a strong line that underscores not only how she can now live up to her full potential, but also how she is now taking full agency of how she will use her talents.

“Tell the Supreme Intelligence that I’m coming to end it. The war, the lies, all of it.” – Carol Danvers

This line, uttered near the end of the film, represents how Carol has completely turned her back on her life as a soldier perpetuating the Kree’s war.

Where once she was under the heel of the Supreme Intelligence, the AI which rules over the Kree, she is now telling it, through Yon-Rogg, that she has taken total ownership of her abilities and intends to use them to end the war that she once was so crucial in maintaining.