One of the most iconic characters in the Harry Potter series, Albus Dumbledore, is also one of the wisest. After all, he’s a man who’s lived through some of the most tumultuous events in wizarding history and been personally acquainted with some of the world’s most powerful magic users.

As a result, the character is a font of wisdom – wisdom that’s tremendously valuable not just to the characters but, oftentimes, the readers too. Below, we’ve listed twenty of our favorite examples of Dumbledore’s wisdom throughout the series.

“It matters not what someone is born, but what they grow to be.” – Harry Potter and the Goblet of Fire

A major component of the philosophy of Lord Voldemort, the villain of the Harry Potter series, is his intense hatred of those born without magical abilities. Dumbledore’s words here serve as a reminder that, despite what Voldemort, and so many others, may believe, what we’re born into at the start of our lives is, in fact, far less important than what we choose to make of those lives.

And like so many otherwise words from Dumbledore, these are just as applicable to reality as they are to the world of Harry Potter.

“It is our choices, Harry, that show what we truly are, far more than our abilities.” – Harry Potter and the Chamber of Secrets

Harry, in this scene, has confessed to Dumbledore that the Sorting Hat felt he had the qualities of a Slytherin student. Dumbledore reassures him that, in spite of this, the fact that he asked not to be placed in Slytherinshows that he isn’t driven by the ruthless ambition that so many Slytherin students are.

Dumbledore’s words here apply not just to Harry, but to all of us. Our abilities merely define what we can do; it’s our choices, which define what we actually do, that come to shape who we are in the long term.

“Numbing the pain for a while will make it worse when you finally feel it.” – Harry Potter and the Goblet of Fire

Much of Dumbledore’s early life was plagued by tragedy and misfortune.These words are valuable advice to the story’s other characters, many of whom have suffered similar tragedies, but who do not have the benefit of Dumbledore’s wisdom and experience.

And of course, they’re relevant to us too. Most of us will experience pain at some point, and it’s far better, in the long run, to deal with the source of that pain than to try and ignore it.

“The truth. It is a beautiful and terrible thing, and should therefore be treated with caution.” – Harry Potter and the Philosopher’s Stone

These words from Dumbledore, spoken early in the series, are retrospectively quite ominous. In many ways, they foreshadow how much of the wizarding world will react to the return of Lord Voldemort by hiding from the terrible truth.

“Have you any idea how much tyrants fear the people they oppress? All of them realize that, one day, amongst their many victims, there is sure to be one that rises against them and strikes back!” – Harry Potter and the Half-Blood Prince

Harry Potter is a series whose main villain is a bloodthirsty tyrant that rules through fear. Dumbledore’s words here remind us that, for all Voldemort’s power and posturing, he, and all tyrants like him, live in perpetual fear of those they keep down.

It’s comforting to realize that Dumbledore’s words are true not just of Voldemort, but of the multiple tyrants who have reigned over humanity throughout human history.

“It is a curious thing, Harry, but perhaps those who are best suited to power are those who have never sought it.” – Harry Potter and the Deathly Hallows

This quote underlines how Dumbledore is the diametric opposite of Voldemort, who, as early as the first book, outlined his philosophy that morality does not exist and that acquiring power is all that matters.

Voldemort, as well as numerous real individuals throughout human history, demonstrate Dumbledore’s point: those who actively seek power are the ones most likely to exploit it. 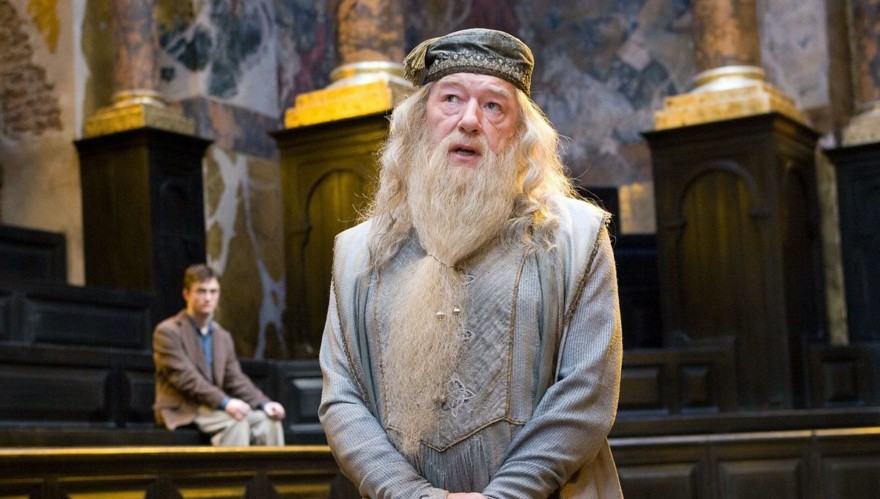 “We are only as strong as we are united, as weak as we are divided.” – Harry Potter and the Goblet of Fire

Dumbledore utters these words following the revelation that Lord Voldemort has returned. It’s one of the most somber and ominous moments in the whole series, imbued with a sense of danger that looms over the characters for the rest of the series.

In a moment like this, Dumbledore’s appeal to the importance of unity is as comforting for the reader as it is for the characters.

“We must all face the choice between what is right and what is easy.” – Harry Potter and the Goblet of Fire

As mentioned, it’s in this book that Lord Voldemort makes his return. Dumbledore’s words reflect how, as hard as it may be, the characters simply cannot keep going about their lives as normal. They are going to have to start accepting that they, and the world around them, are now in tremendous danger.

“Indifference and neglect often do more damage than outright dislike.” – Harry Potter and the Order of the Phoenix

This quote recalls the oft-quoted “the only thing necessary for the triumph of evil is for good men to do nothing.” Dumbledore’s words tap into a similar truth: while antagonism from a small minority can indeed do a great deal of damage, it’s the indifference and lack of mindfulness from the greater majority that truly allows injustice to flourish in the world.

“It does not do to dwell on dreams and forget to live.” – Harry Potter and the Philosopher’s Stone

Dumbledore utters this line after Harry discovers the Mirror of Erised, a mirror that shows a person the thing they most desperately desire. He tells Harry that some men have allowed themselves to waste away, simply staring into the mirror.

His words remind Harry and us that while dreams and desires are all well and good, they can’t be allowed to take the place of reality.

“Words are, in my not-so-humble opinion, our most inexhaustible sauce of magic. Capable of both inflicting injury, and remedying it.” – Harry Potter and the Deathly Hallows, Part 2

This particular line only appears in the second Deadly Hallows film, but it’s just so wonderfully layered. In the Harry Potter universe, spells (which can be used to both hurt and heal, physically) are cast through spoken words and phrases. This line’s double meaning links this mechanic with the fact that, in a similar way, spoken words can hurt or heal people on an emotional level.

It’s a much-needed reminder of the fact that, just because we aren’t pointing a wand at someone, that hardly means we shouldn’t be careful with the words we say to them.

Dumbledore utters this line in reference to Neville Longbottom standing up to Harry and his friends in the name of protecting Gryffindor from losing more points.

It’s a stirring moment in context, considering how meek and withdrawn Neville was throughout most of the book. And, like many of Dumbledore’s other words of wisdom, it’s also a universal piece of truth on its own. As most of us have learned at some point, it really is harder to call out people we see as friends than those we don’t like.

“To the well-organized mind, death is but the next great adventure.” – Harry Potter and the Philosopher’s Stone

Yep, Dumbledore foreshadowed his own death all the way back in the first book. But besides that, these words tap into that universal human inclination to fear death. They make it clear that, from the perspective of a wise man like Dumbledore, the best approach is to see the uncertainty of death not as a source of fear, but as an adventure to be boldly undertaken.

Besides being universally applicable, this mindset also offers some insight into why Dumbledore was so ready to face his own death when the time came.

“It is the unknown we fear when we look upon death and darkness. Nothing more.” – Harry Potter and the Half-Blood Prince

Similarly to the previous quote, this one offers some tremendous insight into Dumbledore’s willingness to accept his own death when it came. The key to it, he implies here, was simply his willingness to overcome his fear of the unknown. The unknown, after all, is a major aspect of why we fear death. 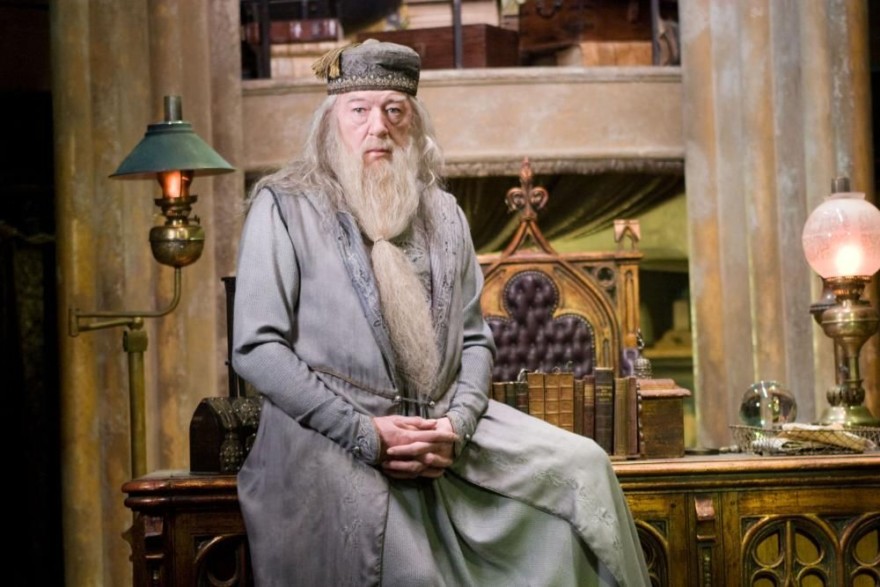 “But you know, happiness can be found even in the darkest of times if one only remembers to turn on the light.” – Harry Potter and the Prisoner of Azkaban

This one’s only in the film, but the optimism it reflects in the face of grimness and adversity, is wonderfully in line with Dumbledore’s character. And it’s true: even in the grimmest of situations, one can find happiness, if one has the right mindset. This is something the characters will very much come to learn for themselves as the grim events of the series play out.

“Youth cannot know how age thinks and feels, but old men are guilty if they forget what it is to be young.” – Harry Potter and the Order of the Phoenix

These words are especially effective when you consider Dumbledore’s own considerable age. He clearly lives up to his word, though. The character, despite his tremendous wisdom, has always had a streak of youthful cheekiness to him. This, combined with how easily he connects with the students, makes it clear that he hasn’t forgotten the joys of youth.

“Of course it is all in your head, Harry, but why on Earth should that mean it isn’t real?” – Harry Potter and the Deathly Hallows

Dumbledore utters this line to Harry near the conclusion of the series after he has awoken in a strange, otherworldly place after being “killed” by Voldemort.

In context, it’s a nifty way of keeping it somewhat ambiguous as to whether Harry’s experiences here are a creation of his own mind, or whether it’s genuinely some sort of afterlife. Beyond this, however, it’s also a very nice quote to remember on its own. After all, is it really accurate to call everything that exists in our heads “not real” in every sense of the term?

“Let us step out into the night and pursue that flighty temptress, adventure.” – Harry Potter and the Half-Blood Prince

This rather cheeky line from Dumbledore is one of our many reminders that, in spite of his age, he hasn’t lost his youthful taste for adventure.

“Ah, music! A magic beyond all we do here!” – Harry Potter and the Philosopher’s Stone

Dumbledore utters this line after the students have ushered in the new school year by singing the school song. It’s a nice reminder of the fact that, while the magic of the Harry Potter universe may not exist in reality, there’s a whole lot of magic that can be found in our world – the sort you don’t need a wand for.

“One can never have enough socks.” – Harry Potter and the Philosopher’s Stone

This isn’t especially deep, of course; but it does nicely illustrate how, for all Dumbledore’s wisdom and worldliness, he isn’t afraid to make jokes or appreciate the smaller things in life.