Long since established as one of the most memorable villains in comic book history, a major part of the infamous Joker’s appeal is how he’s written.

Though his exact characterization has varied slightly over the years, one aspect of the Joker has stayed consistent across his many iterations: the witty, highly quotable lines he spouts. After all, he’s a villainous clown; it only makes sense that one of his main priorities would be making us laugh.

Below, we’ve listed twenty of our favorite quotes from the Clown Prince of Crime.

“If the police expect to play against the Joker, they had best expect to be dealt from the bottom of the deck.” – Batman #1

The Joker utters this line in his very first appearance in the very first issue of the Batman comic. Though not a remarkable line, it’s one that establishes both his criminal nature and his jovial personality. The Batman comics and subsequent media would experiment with a great number of other villains over the years, but few would resonate across generations of Batman fans the way this one would.

“All it takes is one bad day to reduce the sanest man alive to lunacy. That’s how far the world is from where I am. Just one bad day.” – The Killing Joke

The Joker spouts this line in Alan Moore’s The Killing Joke, a comic that came to define modern depictions of the character. It was the moment we truly realized that, for all the Joker’s inhumanity and grotesque appearance, is a human being – one pushed to an extreme limit by the woes of modern life. And this, we soon realize with horror, is something that could happen to anyone of us, under the right circumstances.

“We aren’t contractually tied down to rationality! There is no Sanity Clause!” – The Killing Joke

Besides being a great pun on the phrase “there is no Santa Claus,” this is a quiet that builds upon the previous one. There’s no hard rule saying that man has to be rational, no law keeping madness at bay. Insanity can creep up on any man, just as it did on the Joker.

The Joker has never been given a canon backstory, with many portrayals of the character opting to keep his pre-Joker life mysterious. Tim Burton’s 1989 Batman film opts to make the Joker a mobster, once named Jack Napier, who is left disfigured after an encounter with Batman. This line from him makes it clear that his transformation into the Joker has left him “happier” – which, in context, clearly means “more insane.”

“Now comes the part where I relieve you, the little people, of the burden of your failed and useless lives. But, as my plastic surgeon always said: if you gotta go, go with a smile.” – Batman (1989)

Though it’s from a completely different piece of media, this line, which the Joker utters to Batman, is interesting when considered in the light of the previous one. After all, the Joker’s not entirely wrong: both he and Batman are isolated from society, pushed onto their paths in life by circumstances few have to endure. 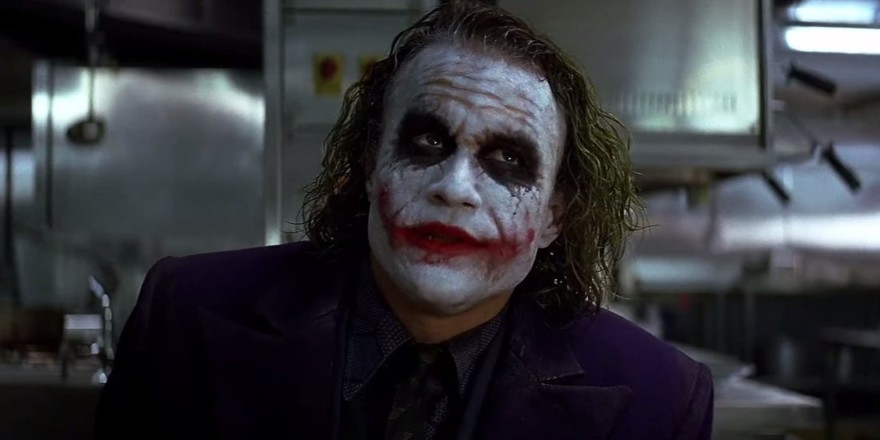 “Why so serious?” – The Dark Knight

This was the catchphrase of Heath Ledger’s Joker, an iteration of the character that reintroduced him to the mainstream in the 21st century. This remains one of the darkest portrayals of the character, and this line emphasizes how his ostensibly buffoonish, clown-like exterior contrasts with his deeply psychotic nature.

“I believe whatever doesn’t kill you simply makes you…stranger.” – The Dark Knight

Another iconic line from The Dark Knight. This is one of the many iterations of the Joker that never confirms the character’s backstory or what set him on this insanity path. This chilling line is the only hint we get of what drove him to become what he is.

“All you care about is money. This town deserves a better class of criminal, and I’m gonna give it to ’em.” – The Dark Knight

This line excellently emphasizes how, across all his iterations, the Joker’s criminal madness has never been motivated by a desire for material gains. The glee he finds in causing mayhem and fear, and the thrill of his rivalry with Batman, has always been his main drive.

“I don’t want to kill you! What would I do without you?! Go back to ripping off mob dealers? No, no. You complete me!” – The Dark Knight

This line is one of the many times that the Joker makes it clear that his rivalry with Batman is a fundamental part of his existence. Ruthlessly efficient as he is at ordinary villainy, there is no enjoyment for the Joker to be found in simple petty crime. For him, the true thrill lies in outsmarting Gotham’s iconic detective and vigilante.

“And reduce my primal enemy to a mere man? Harley, my dear, I’m so disappointed in you. Where’s the fun in that?” – Batman: The Brave and the Bold

Having taken Batman, hostage, the Joker utters this line in response to Harley Quinn’s suggestion that he take off Batman’s mask and reveals his true identity. Building on the theme of the Joker finding meaning in his and Batman’s rivalry, this moment makes it clear that, just as his own “Joker” persona is much more important to him than who he might once have been, Batman as his crime-fighting nemesis is much more important to him than whatever mere man may be behind Batman’s mask.

“Yet we’re linked, you and I. Like comedy and tragedy. Two sides, same coin.” – The Batman (animated series)

Reflecting a similar sentiment to the previous quote, this one offers further contemplation on how Batman and the Joker’s rivalry is such an inextricable part of both their lives that they have, in essence, become part of each other.

“You know, kids, a lot has changed while your old Uncle Joker’s been away. New Gotham, new rules, even a new Batman. But now I’m tanned, I’m rested, and I’m ready to give this old town a wedgie again!” – Batman Beyond: Return of the Joker

This is how the Joker reintroduces himself to the world, decades after his supposed death, in the Batman Beyond movie. It’s another prominent example of his theatrical nature and the deep glee he takes in the fear he inspires.

“It’s true, Batsy. I know everything. And kinda like the kid who peeks at his Christmas presents, I must admit it’s sadly anti-climactic. Behind all the sturm and Batarangs, you’re just a little boy in a playsuit crying for mommy and daddy! It’d be funny if it weren’t so pathetic.” – Batman Beyond: Return of the Joker

This quote presents a scenario in which the Joker is aware of Batman’s backstory and identity and of the murder of his parents that drove him into a life of crime-fighting. The Joker’s cutting words give the viewer, and Batman himself, a very belittling perspective on this iconic superhero.

“Fish gotta swim, birds gotta fly. Besides, it was worth it to see the look on her face. Hey, you know what? I think I got a piece of it here in my pocket!” – Batman: Arkham Origins

The Joker utters this line in response to being asked why he committed a murder. It thoroughly outlines why, in this iteration and in many others, he needs no justification for the evil acts he commits beyond the fact that they amuse him.

“Jingle bells, Batman smells, Robin laid an egg! The Batmobile lost a wheel and the Joker got away!” – Batman: The Animated Series

This juvenile little rhyme became iconic among kids who grew up watching the classic Batman animated series. It tapped directly into the more childish, clown-like side of the Joker and contrasts sharply with his ruthless criminality, which he displays even in this kid-friendly iteration. 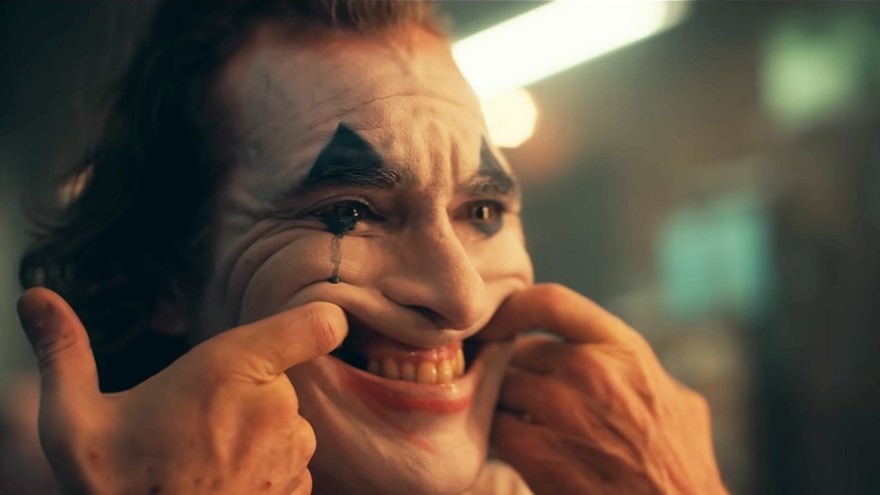 Most iterations of the Joker were reluctant to do any more than vaguely hint at the exact nature of his criminal insanity. The 2019 film Joker presented us with the notion that the character’s trademark evil laughter could, in fact, be a medical condition. It was a moment that gave us a sobering new perspective on this classic villain.

“Where, oh where has my little Bat gone? Oh where, oh where can he be? His cowl, his scowl, his temper so foul. I do hope he’s coming for me.” – Batman: Arkham Origins

This playful rhyme, designed to taunt Batman, strongly recalls the juvenile “Jingle Bells” rendition of the previous quote, despite the fact that the Arkhamvideo game is far darker and aimed at a far more mature audience than the animated series. It goes to show that, no matter who he may be performing for, the Joker just can’t hold back his playful side.

2019’s Joker may be a more sympathetic take on the character, but he still shares many traits with his classic comic book counterpart. One of these traits, of course, is a desire to be seen. This quote underlines how the classic Joker’s constantly theatrical and over-the-top nature is foreshadowed in Arthur Fleck’s feelings of being invisible to the world.

“Are you seriously saying there is nothing, nothing special about our relationship?” – The LEGO Batman Movie

Naturally, the LEGO Batman Movie contains one of the silliest and most comedy-heavy portrayals of the Joker. Nonetheless, they’re careful to maintain the character’s essence throughout, filtered through a comedic lens. The recurring theme of the Joker’s resentment and jealousy at Batman’s refusal to call him his greatest rival is an excellent comedic interpretation of the two characters’ long-standing rivalry.