The US version of The Office has solidified itself as one of the most popular sitcoms in television history, and the main reason for this is its sharp, witty, highly quotable writing.

Each character brings a unique element to the comedic formulae and has its own quotable moment. However, as the lead, Steve Carell’s Michael Scott character naturally got some of the most memorable quips of the series.

Michael may not have invented this famous phrase, but he certainly helped make it the mainstay that it is today. Michael helped teach us how wonderfully versatile it is and how it can be used to help us see the potential innuendo in even the most innocent phrases. And let’s be honest, that’s never not funny.

“Would I rather be feared or loved? Easy, both. I want people to be afraid of how much they love me.”

Quotes like this underline how Michael, for all his social cluelessness, is driven by a genuine desire to be liked, particularly by the employees for whom he is responsible.

“I love my employees even though I hit one of you with my car.”

Speaking of his genuine care for his employees, here’s another example of it. We get the sense that he really does mean it, too. Only Michael could turn to brush over, hitting someone with his car into a genuinely heartwarming moment.

“I have cause. It’s beCAUSE I hate him.”

Unsurprisingly, he’s talking about Toby in this context. The fact that his “cause” for hating Toby amounts to the fact that Toby does his job as HR rep underlines just how clueless Michael can be.

“Sometimes I’ll start a sentence and I don’t even know where it’s going. I just hope I find it along the way.”

Michael utters this line after completely failing to explain to the CFO why his branch of the company is the only one consistently reporting good numbers.

One of the main reasons Michael is such a memorable and likable character is the many highly relatable moments. We’ve all been responsible, at one time or another, for letting our words get away from us when we don’t know what to say.

Michael utters this line after discovering that Donna, his then-lover, has a husband. It’s a reference to the movie Obsessed, a not-very-well-received thriller about infidelity, starring Beyoncé.

Context barely matters, though. What’s really important is that this gives us a chance to hear Steve Carell compare himself to Beyoncé. It’s something none of us knew we needed to see until we saw it. 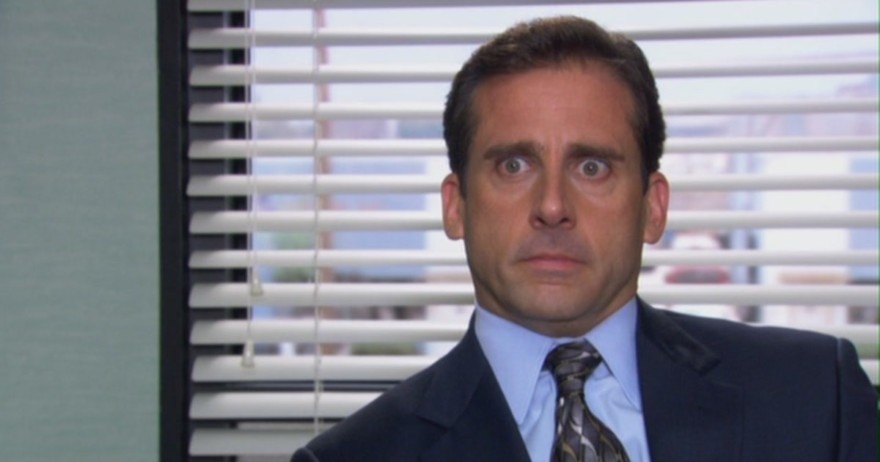 “And I knew exactly what to do. But in a much more real sense, I had no idea what to do.”

Another of Michael’s highly relatable moments. This quote really speaks to those times when pushed into a position of responsibility we’re not fully prepared for. We project an image of knowing just what to do while at the same time having absolutely no clue.

“If I had a gun with two bullets and I was in a room with Hitler, Bin Laden and Toby, I would shoot Toby twice.”

The fact that Michael can deliver this line – in which he essentially threatens to shoot a colleague in the workplace and declares said colleague worse than Hitler for doing his job as HR rep – and not only make it funny but remain likable afterward, shows just what a strong character Michael is, thanks to both the writing and Steve Carell’s performance.

“I’m not going to tell them about the downsizing. If a patient has cancer, you don’t tell them.”

Of course, this line showcases exactly how you don’t handle either downsizing or cancer. However, Scratch beneath the cluelessness and you realize that this line is another example of how much Michael genuinely cares about his employees even if his way of showing this care can be, well, questionable.

“I feel like all my kids grew up, and then they married each other. It’s every parent’s dream.”

On the one hand, yeah, that’s just wrong. On the other hand, you can tell that when Michael talks about his employees like they’re his children, he means it. There are not many Regional Managers one could say that about.

Michael’s attitude here stands in stark contrast to the average American office worker’s attitude, who tends to resent the office as a place where they have to waste away a good portion of their lives to earn a living.

Michael is, as moments like this prove, probably more enthusiastic about regional management work in a paper company than anyone’s ever been.

“I’m not superstitious, but I am a little ‘stitious.”

Besides being a great play on words, this line really speaks to how even the most rational-minded and skeptical among us sometimes allow ourselves to succumb to thoughts we know to be irrational.

“You know what they say. Fool me once, strike one, but fool me twice…strike three.”

Speaking of plays on words, Michael also has a bit of a history with stumbling over and mixing up common idioms. Michael’s occasionally clumsy use of language is a facet of his almost childlike nature, which is a major part of his appeal. 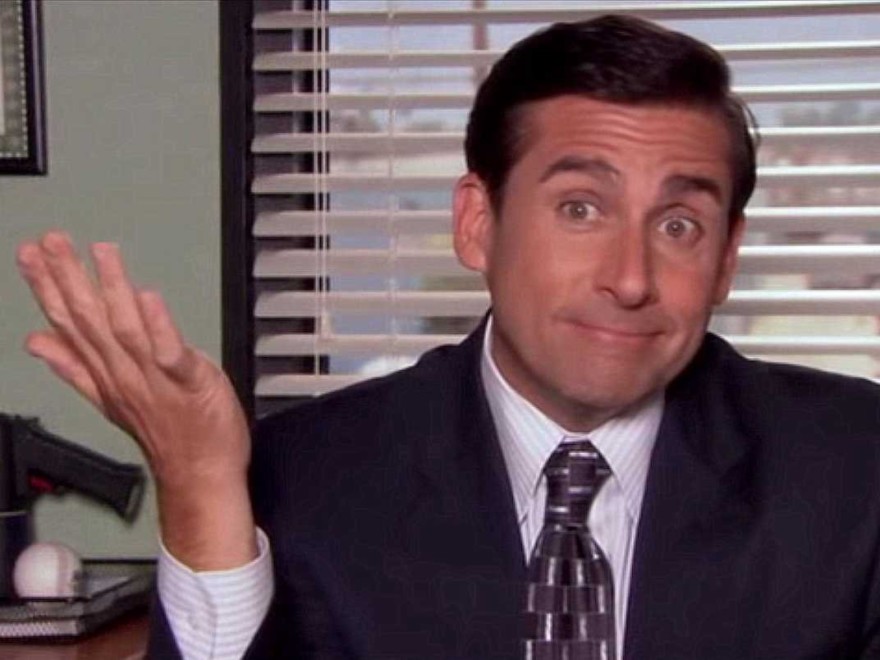 “Society teaches us that having feelings and crying is bad and wrong. Well, that’s baloney, because grief isn’t wrong. There’s such a thing as good grief. Just ask Charlie Brown.”

Another of Michael’s unintentional plays on words. Besides being genuinely funny (which, as any modern comedy writer will tell you, is difficult to do with puns) and tapping into some serious nostalgia, it’s also backed by a genuinely good life lesson.

“I’m an early bird and a night owl. So I’m wise and have worms.”

This is an attempt by Michael to deliberately blend idioms. It almost works, until the end, where he makes it sound like he has an infestation. Still, you can’t fault him for trying.

“I don’t understand. We have a day honoring Martin Luther King, but he didn’t even work here.”

This is one of Michael’s many moments of innocent insensitivity. In saying this, he doesn’t mean any disrespect to MLK. He’s just so deeply wrapped up in office life that he doesn’t understand his significance to the world beyond.

“St. Patrick’s Day is the closest thing the Irish have to Christmas.”

Michael may be a bit culturally clueless at times, but he doesn’t mean it, and he certainly doesn’t discriminate.

Sure, that is a particular order, but that aside, this really does reflect Michael’s philosophy pretty well. Work is important to him, sure, and he’s good at it; but he makes it clear as the series progresses that he genuinely wants to be friends with his employees and considers this to be at least as important as work.

Love, meanwhile (or successful love, anyway) doesn’t come until much later on in the series.

“When the son of the deposed king of Nigeria emails you directly, asking for help, you help! His father ran the freaking country! Ok?”

One would think a regional office manager would be at least vaguely aware of one of the oldest email scams out there. It’s moments like this where Michael reveals both his childish naivety and his generally good nature, which really helps keep him sympathetic, even in his more flawed moments.

“Wikipedia is the best thing ever. Anyone in the world can write anything they want about any subject. So you know you are getting the best possible information.”

Another example of Michael’s naivety. Sure, his statement is pretty much the opposite of reality, but the optimistic enthusiasm behind it is such that we really start to wish we could all think like this.