An iconic example of fantasy romance on film, The Princess Bride, is remembered for many things – prominent among them, its sharp writing and rich dialogue. Unsurprisingly for a movie based on a book by an Academy Award-winning author, this movie is highly quotable. Here are twenty of our favorite pieces of dialogue from this cult classic.

Even if you haven’t seen the film, you’ve likely heard this iconic line quoted somewhere. Inigo expressly states that, for years, he has been waiting to utter this line to the six-fingered man who killed his father. It’s an indication of how he has been pursuing this vengeance for a good portion of his life, and foreshadows how, once it is finally fulfilled, he will find himself rather at a loss as to what to do with himself.

“Don’t bother me with trifles. After 20 years, at last my father’s soul will be at peace. There will be blood tonight!” – Inigo Montoya

Moments like this make it clear to us that Inigo’s mission of revenge has truly taken over his life, going on for literal decades. At this point, he’s bloodthirsty as can be and perhaps dangerously desperate to find the guilty party.

Another iconic line, Inigo utters it in response to Vizzini, repeatedly misusing the word “inconceivable.” It’s easy to see why it’s become such an oft-repeated quote – it’s pretty universally applicable. All of us, at one time or another, have come across someone with a tendency for misusing words they don’t understand.

“Life is pain, Highness. Anyone who says differently is selling something.” – Man in Black

A more cynical line, but just as highly quotable as the first one. People forcing disingenuous positivity to pitch some product or other has always been an issue, and it’s more ubiquitous than ever in the age of the internet. It’s good to know that people were spotting this disingenuous selling tactic decades ago.

“I could give you my word as a Spaniard.” – Inigo

“No good. I’ve known too many Spaniards.” – Westley

“I swear on the soul of my father, Domingo Montoya, you will reach the top alive.” – Inigo

“Throw me the rope.” – Westley

This exchange happens when Inigo is attempting to convince Westley that he will, in fact, get him to the top of the Cliffs of Insanity alive. It contains both lighthearted ribbing and a somber reminder of how dedicated Inigo is to find his father’s killer, which really demonstrates how good the film is at balancing its tone. 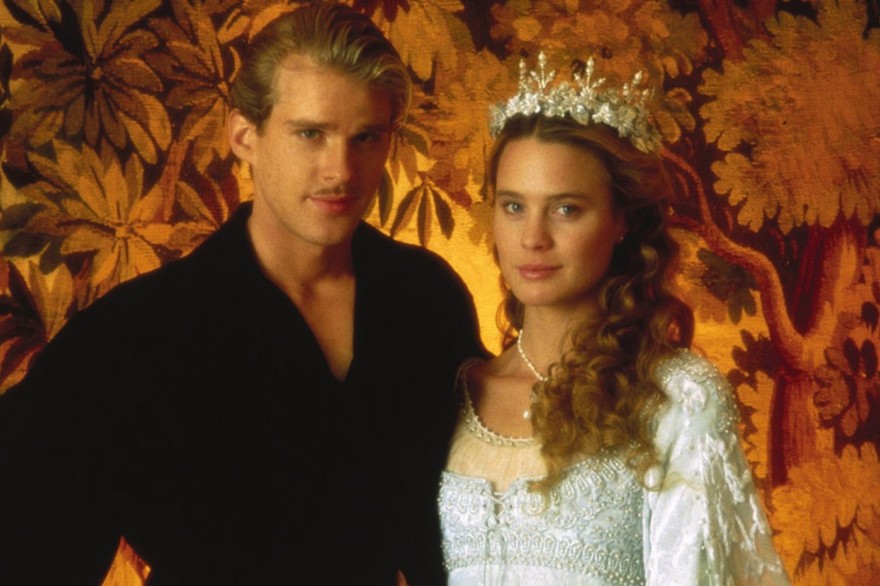 “It’s not my fault I’m the biggest and the strongest. I don’t even exercise.” – Fezzik

This line offers a nice outline of the mercenary giant Fezzik’s character: despite his considerable size and fierceness in combat, he’s not a man who relishes violence and only makes a living through it because it’s what he just happens to be physically good at. Given a choice, he’d prefer not to fight at all.

“Anybody want a peanut?” – Fezzik

These lines conclude a scene wherein all of Fezzik’s replies to Inigo rhymed. It’s a wonderfully lighthearted scene, and it pretty much inspired a whole generation of children to turn impromptu rhyming into a form of teasing.

“There is a shortage of perfect breasts in this world. It would be a pity to damage yours.” – Westley

Westley utters this line after preventing Buttercup from committing suicide by stabbing herself in the heart. Perhaps one could have a debate over whether this is quite the right thing to say to someone who’s just attempted suicide, but in context, it brings a great deal of levity to the situation, and it’s blunt in a way that makes you laugh out loud.

It takes just the right kind of setup to make a scene in which the protagonists threaten to tear a character’s arms off and keep the characters sympathetic and make the scene genuinely amusing. And this scene, well, this is how you do it.

“Sonny, true love is the greatest thing, in the world — except for a nice MLT, mutton, lettuce and tomato sandwich, where the mutton is nice and lean and the tomato is ripe—they’re so perky, I love that.” – Miracle Max

The Princess Bride is a tale that centers heavily on the complexities and tragedies of romantic love. And while that’s all well and good, every such story needs at least one character who highlights the far simpler pleasures to be found in unromantic matters. A character like Miracle Max, for instance, and his appreciation of the joys of a good sandwich.

“I do not envy you the headache you will have when you awake. But for now, rest well and dream of large women.” – Man in Black

Westley, as the Man in Black, utters this line to Fezzik after defeating him and knocking him out. It’s not only amusing, but it’s a surprisingly cheeky line for a film that’s supposedly suitable for the whole family, and clearly crafted after classic swashbuckling tales.

“I want my father back, you son of a bitch!” – Inigo Montoya

Inigo utters this line while striking Rugen, the man who killed his father. It’s one of the film’s most poignant moments. It only becomes all the more so when you consider that Inigo’s actor, Mandy Patinkin, reportedly enhanced the believability of this scene by imagining that he was fighting cancer that had recently killed his own father. In light of this, Inigo passionately expressing a desire to see his father again becomes all the more of a gut-punch.

“Whatever happens, I want him to live a long life, alone, with his cowardice.” – Inigo Montoya

These are the last words that Inigo utters to Prince Humperdinck. Inigo’s contempt for him is obvious, which is why he assigns the punishment to him not of being killed but of having to live with the knowledge of his cowardice. For Humperdinck, a man with an obsession with war, this is a punishment worse than death. 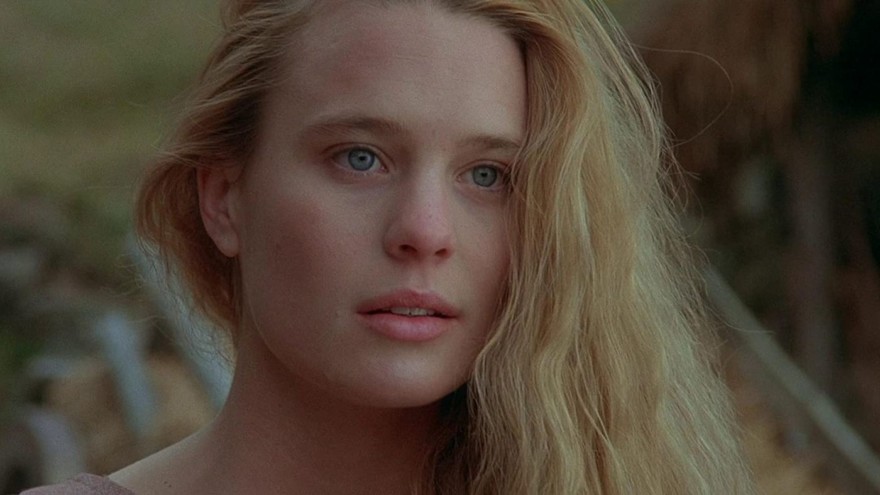 “Tyrone, you know how much I love watching you work, but I’ve got my country’s 500th anniversary to plan, my wedding to arrange, my wife to murder and Guilder to frame for it; I’m swamped.” – Prince Humperdinck

Speaking of Humperdinck, no swashbuckling tale of romance is complete without a sneering, contemptible villain who is up-front about his evil, horrid nature. And moments like this, well, they underline how Humperdinck just makes the ideal villain for this kind of tale.

And of course, Humperdinck’s contemptible nature is a major reason why we find such satisfaction in scenes like this, wherein characters like Buttercup make it clear to him what an absolute slimeball he really is.

“Beautiful isn’t it? It took me half a lifetime to invent it. I’m sure you’ve discovered my deep and abiding interest in pain. Presently I’m writing the definitive work on the subject, so I want you to be totally honest with me on how the machine makes you feel. This being our first try, I’ll use the lowest setting.” – Count Rugen

Of course, Humperdinck’s ally Rugen is no slouch in the villainy department either. Moments like this, where he brags about a new torture device he has invented, are why we end up just as keen to see him skewered on Inigo’s blade as Inigo himself is.

“You must be that little Spanish brat I taught a lesson to all those years ago. You’ve been chasing me your whole life only to fail now? I think that’s about the worst thing I’ve ever heard.” – Count Rugen

And of course, it’s critical that a classic villain show no remorse for their heinous actions so that we only grow all the more desperate to see them punished. Rugen ticks that box wonderfully with scenes like this.

It’s really quite odd how much levity something as simple as a silly speech impediment can bring to a scene. After all, Elmer Fudd was built on that concept and it’s embodied in this film in the Impressive Clergyman, who is called in to carry out the forced marriage between Humperdinck and Buttercup. His not-so-impressive delivery of the sermon makes a tense scene feel at least a bit less overwhelming.

“In my day, television was called ‘a book’.” – Grandpa

In the framing story, the grandfather utters this line in response to his grandson’s rather incredulous reaction to his suggestion that he read a book to him. Even in the 80s, before the internet arrived in every home, the different kinds of entertainment that various generations grew up with was causing rifts.

For some people, the grandfather’s response in this scene came off as a little harsh. For a great many others, though – mostly those who’ve attempted to read their children or grandchildren stories, only to be constantly interrupted – there’s a little bit of catharsis in it.

The best movie ever...I memorized this movie and listen to it every night...I still have my audio cassettes that I recorded from my clamshell VHS back in the 80s when I was 10...just after I was diagnosed with diabetes type 1...but no matter I had... Westley, Buttercup, Indigo, Fezek (Android the Giant)...Billy Crystal...oh so many great...no the greatest crew ever...I used to resite the movie to my mom to help her get to sleep when she got divorced...this movie is the love of my life!!! Besides "The Living Daylights"...and the "Original...Star Trek" series...and did ya know that in all 40 episodes never does Kirk actually say..."Beam me up Scotty"...always different way but not that...I own the original dvd set...I know them all...sorry...but "The Princess Bride" is the only #1 movie ever...close #1.2 "Living Daylights"...then of course Kirk and crew at #1.3... That know for listening to my ramblings...I've never blogged before...I hope I did it right...