Quentin Tarantino’s unique dialogue is just one of the reasons he’s so celebrated as a filmmaker. His scripts are often somehow whacky and deeply naturalistic at the same time. The result is that Tarantino’s films have a certain poetry to their dialogue that’s extremely rare even in other celebrated directors’ work.

And of course, they’re also highly quotable. Below, we’ve picked 20 of our favorite quotes from one of Tarantino’s seminal works, Pulp Fiction.

“They call it a Royale with cheese.” – Vincent Vega

Of course, this famous line is taken from a scene in which Vince is telling Jules what Big Macs are called in France. It’s a line that perhaps best embodies Tarantino’s talent for turning the most mundane discussions into iconic exchanges.

Really, how many movies’ most memorable lines come from scenes where characters are talking about McDonald’s?

Vincent speaks this line in the very same scene as the previous one. It’s notable all in itself, though, simply because, as anyone who’s traveled overseas can testify, it encompasses the experience of visiting another country so simply.

“Hamburgers: the cornerstone of any nutritious breakfast.” – Jules Winnfield

This line comes right after the “Royale with cheese” scene, carrying the theme of food that often crops up in Tarantino’s films. More importantly, though, this fun, lighthearted quip is spoken in an extremely tense moment leading up to a violent execution. It’s a delightful contrast.

“And I will strike down upon thee with great vengeance and furious anger those who attempt to poison and destroy My brothers! And you will know My name is the Lord… when I lay My vengeance upon thee!” – Jules Winnfield

Of course, this being a Bible quote, Tarantino didn’t write this one. However, it’s still tremendously memorable, mostly for how Samuel L Jackson delivers it. The way he bellows it in that terrifying tone, just before executing his target, genuinely makes him feel mighty and vengeful.

“English, motherfucker, do you speak it?!” – Jules Winnfield

For one thing, this quote is just hilariously blunt and makes Jules all the more intimidating as he bellows it at his target, who’s too terrified to get a word out. For another, well, it’s in the same scene as the previous quote. The contrast is great. 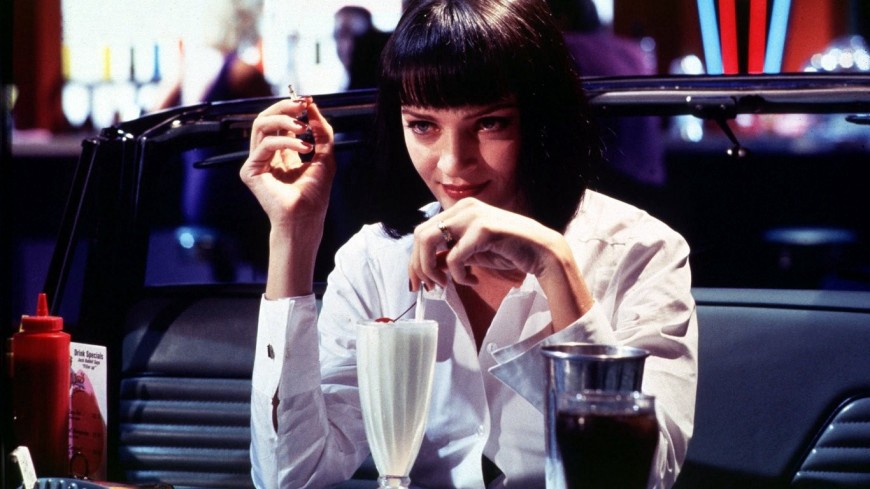 If you’d never heard of Pulp Fiction, you might assume this line comes from some cutesy romantic comedy. The fact that it’s an exchange between two lowly thugs just before they execute a brutal, uncoordinated diner robbery really underlines Tarantino’s mastery of tonal shifts.

“Any of you f*cking pricks move, and I’ll execute every motherf*cking last one of ya!” – Honey Bunny

Honey Bunny utters this during the aforementioned diner robbery. Not only does it greatly ratchet up the scene’s tension, but it solidly establishes her as the more unhinged of the two.

“Normally, both your asses would be dead as f**king fried chicken, but you happen to pull this s**t while I’m in a transitional period so I don’t wanna kill you, I wanna help you.” – Jules Winnfield

Speaking of Pumpkin and Honey Bunny, Jules speaks this line to them. The moment in the film, he makes it clear that he might just be growing tired of the hitman lifestyle. In spite of this, though, the rough language he uses also makes it obvious that, just because he’s re-examining his life, he certainly hasn’t gone soft.

This one’s another great example of the film’s tonal shifts. Mia Wallace recites a joke she tells in a failed TV pilot she starred in to Vince. The fact that she’s doing so to thank him for saving her from a drug overdose turns this corny joke into a genuinely heartwarming moment. How many films can do that?

“That was pretty f*cking trippy.” – Jody

Speaking of Mia’s overdose, this is Jody’s response after watching her being pulled back from the brink of death by a heroin injection. Tarantino really knows how to punctuate a highly tense scene with a lighthearted quip.

Another example of the film’s tonal absurdities, though this one of a very different kind. In itself, it’s a very on-the-nose line – Vince speaks it after he, indeed, accidentally shoots Marvin in the face. But it’s the very bluntness of the line that makes it memorable – it brings a sense of comedic blunder into a scene that, in most other films, would simply be played as horrific.

“Uncomfortable silences. Why do we feel it’s necessary to yak about bullsh*t in order to be comfortable?” – Mia Wallace

Another Mia quote, from a quieter moment in the film. It’s one of those lines that, while not “deep” in the traditional sense, does get you thinking. She’s right, after all. We put a lot of pressure on ourselves to talk to people, but sometimes it’s okay to enjoy each other’s company in silence.

Another quote from a quieter moment in the film, Jules speaks it when discussing the kinds of meat he will and won’t eat.

Marsellus Wallace doesn’t appear onscreen much, but his influence is what drives most of the plot’s violent events. Yet despite the tremendous power he clearly wields, he’s strangely affable and polite to those around him for the most part. It’s clear that he hasn’t let his power make him a proud man, and this line reflects that very well. 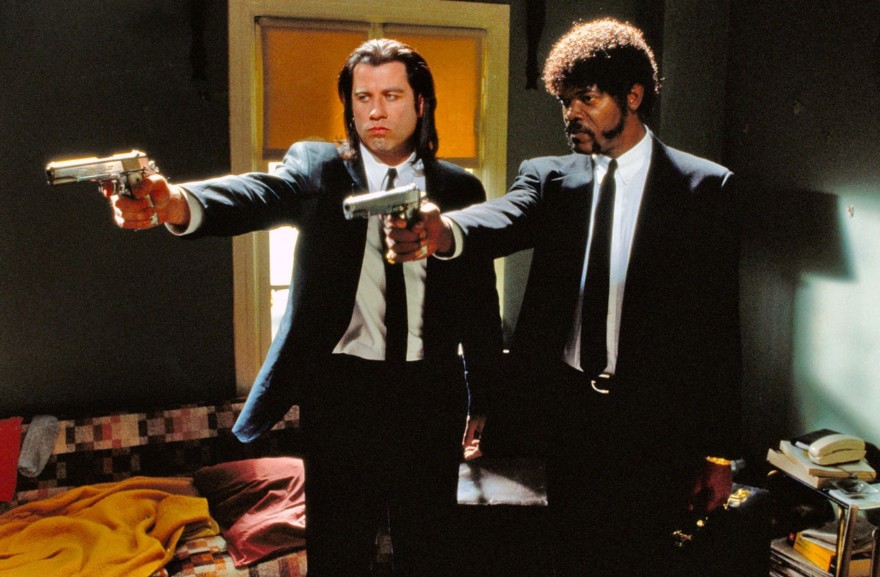 “You see, this profession is filled to the brim with unrealistic motherf*ckers. Motherf*ckers who thought their ass would age like wine.” – Marsellus Wallace

Another of Marsellus’ nuggets of wisdom. And a prophetic one, too – with this movie’s high body count, there are indeed not many individuals in the film who are likely to age at all.

“Does Marsellus Wallace look like a b*tch?” – Jules Winnfield

Speaking of Marsellus Wallace, Jules speaks this line (to one of the ill-fated people who Wallace has sent him to kill) before he ever appears onscreen. However, viewers will somehow already suspect that Marsellus Wallace almost certainly doesn’t look like, well, that. Nobody with someone as ruthless as Jules working for them could ever be the slightest bit soft.

“Five years long he wore this watch up his ass.” – Captain Koons

Of course, this particular line is taken from the scene in which Christopher Walken’s character is telling a young Butch the history of a watch, passed down through his family for generations.

This somber tale of Butch’s father, grandfather, and great-grandfather’s experiences in the war is abruptly interrupted by this confession that Koons kept the watch safe by hiding it in his posterior. And of course, Christopher Walken delivers this line without for a moment dropping his deadly serious tone.

“You hear me talkin’, hillbilly boy?… I’m gonna get medieval on your ass!” – Marsellus Wallace

Marsellus Wallace speaks this line to Zed, arguably the most despicable character in a film full of morally questionable individuals. It’s incredibly cathartic to hear that he’ll be getting a severe comeuppance.

And of course, referring to torture as “getting medieval” has basically entered the public lexicon by now. It just sounds so cool.

Butch says this to his wife when she asks who the motorcycle that he stole from Zed belongs to. She doesn’t know who Zed is, and it’s unlikely he intends to tell her. But combined with the previous quote, this simple statement carries a good deal of weight. Yeah, Zed’s probably dead by now, and nobody’s mourning him.

“If I’m curt with you, it’s because time is a factor. I think fast, I talk fast, and I need you guys to act fast if you wanna get out of this. So, pretty please… with sugar on top… clean the f*cking car.” – The Wolf

Much like Marsellus Wallace, Harvey Keitel’s “Wolf” character is only in a small part of the film but expresses his personality loud and clear. This one line, really, sums him up very well: ruthlessly efficient and cool-headed, even in the face of a grim task like cleaning up a body. It’s lines like this that ensure that even the less prominent characters are extremely memorable.