SpongeBob SquarePants could probably be called the defining cartoon of the 2000s. Its influence can be felt in the world of animated series even now, more than two decades after its initial release.

And while there were many factors contributing to its immense popularity – the colorful, expressive art style, the cast of enthusiastic and versatile voice actors – one of its most widely beloved characteristics of this show was its writing.

SpongeBob SquarePants’ sharp wit makes it tremendous fun for adults and children alike, and it’s perhaps one of the most quotable cartoons out there (which is probably why the characters continue to show up in memes).

But what are the best quotes from the highly quotable SpongeBob SquarePants? The list could go on forever, but here are 20 of our favorites.

SpongeBob’s famous, oft-repeated catchphrase. It’s two very simple words, but they sum up his character so effectively. His perkiness, his earnestness, and most of all, his irrepressible drive to try new things (which is at the center of many an episode’s plot), are all evoked in this simple phrase (and, of course, in the vivacious way that Tom Kenny delivers it).

“Is mayonnaise an instrument?” – Patrick Star

One of Patrick’s most widely-quoted lines is probably taken from an episode in which Squidward is vainly trying to teach the dim-witted residents of Bikini Bottom to play in a band.

Besides being hilarious, it’s a great illustration of just how absolute Patrick’s famously lovable stupidity is, such that the most basic concepts and definitions are completely jumbled in his mind.

“The inner machinations of my mind are an enigma.” – Patrick Star

And speaking of Patrick, this quote makes for quite a nice contrast with the previous one. Irony is one of the oldest forms of humor, and few things illustrate it better than hearing this eloquent phrase come from the mouth of such an iconically stupid character.

Yeah, three Patrick quotes in a row. But the hilarious absurdity of this line, combined with the fact that not being able to see his forehead seems to be a genuine sort of frustration for Patrick, is just priceless.

“No, this is Patrick!” – Patrick Star

Another oft-memed quote, this one occurs when Patrick takes a job at the KrustyKrab, whereupon he answers every phone call asking for “the KrustyKrab” with this line. In a similar vein to the previous quote, it’s a hilarious illustration of how Patrick’s understanding of the world is just so different from ours in the most lovably dumb way. 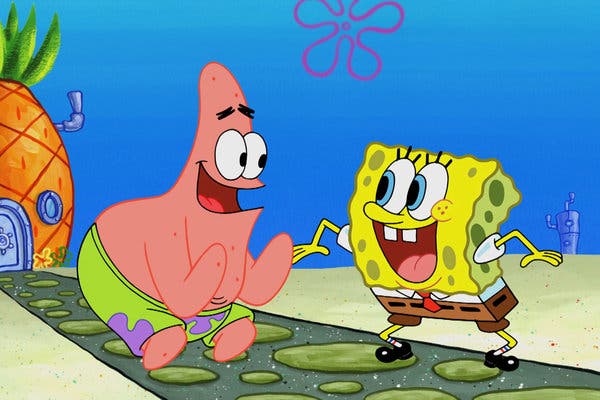 “I order the food, you cook the food, the customer gets the food. We do that for about 40 years, and then we die.” – Squidward Tentacles

Squidward is the character who you respond to as a kid with “why is he so grumpy all the time?” and as an adult with “I get you, man”. In particular, anyone who’s ever worked in fast food will probably sympathise deeply with Squidward’s dour dissatisfaction with his tedious job, expressed through quotes like this.

“Too bad that didn’t kill me.” – Squidward Tentacles

Said after he endures a particularly over-the-top bit of cartoon violence, this line makes it clear that SpongeBob isn’t afraid to tap into that dark humor that we all like to swap amongst ourselves now and then.

“It all started…when I was born.” – Squidward Tentacles

Okay, sure, the episode this one is from isn’t exactly one of the series’ most beloved (we won’t go into detail, but suffice it to say, “SquidBobTentaclePants” is kind of gross). However, out of context, it’s another fine example of just how well Squidwards lines tap into that existential dread that sets in as we enter adulthood.

As you’ve probably noticed by this point, every main SpongeBob character has at least one quote that more or less sums up their whole character. This is Mr. Krabs’.

To him, money is synonymous with happiness, and there’s nothing in the world more important than making it (which might explain why his daughter Pearl is only a secondary character). It’s a character trait that, though fun and goofy in the way it’s presented on the show, taps into that universal phenomenon of greed. That’s one of the ways that this show makes itself just as relatable to adults as it is to kids.

“Goodbye, everyone. I’ll remember you all in therapy!” – Plankton

Plankton may have been the series’ token manic, gloating villain, but lines like this one, spoken at the end of one of his many ill-fated attempts to steal the Krabby Patty formula, serve to remind us just how pathetic and, frankly, pitiable the character is. After all, when does anything work out for him?

This, of course, comes from one of the most famous episodes in the whole show. Tom, in short, spends the entire episode pursuing SpongeBob and Patrick, screaming manically about chocolate. It’s a moment that really demonstrates just how well this show could pull off simple, absurd jokes and make them utterly hilarious.

“I don’t care about the children. I just care about their parents’ money. The fact that their feeble minds are easily manipulated by cheap playgrounds and talentless clowns is no skin off my nose!” – Mr. Krabs

This was one of those moments where Mr. Krabs got unusually honest about his unapologetic greed and his willingness to do anything to satisfy it, including swindling children.

As SpongeBob quotes go, this one isn’t exactly humorous, but it’s memorable nonetheless. It serves as a reminder that Mr. Krabs, despite his sympathetic moments and the show’s generally lighthearted nature, is honestly a pretty bad person.

And perhaps more importantly, it’s many children’s first introduction to the grim reality that many people out there are looking to scam them, and that they need to be careful about where they spend their money.

“Suckers throw money down a well for fun? That is the greatest scam ever!” – Mr. Krabs

Another grimmer, though still funny, quote from Krabs. It takes a really money-hungry individual (which is just what he is) to see something as innocuous as wishing wells and see an opportunity for profit.

Another Krabs quote. This one doesn’t reflect his deep-set greed and nasty nature. It’s just a very iconic quote and a nice reminder that even simple repetition and wordplay can be funny. Especially when delivered in the deadpan way that Clancy Brown manages for that line.

“Remember, licking doorknobs is illegal on other planets!” – SpongeBob Squarepants

We never see the context of this oft-repeated quote – Mr. Krabs simply recalls it while trying to remember something else SpongeBob said – but it’s a prime example of the show’s excellent use of non-sequitur humor. 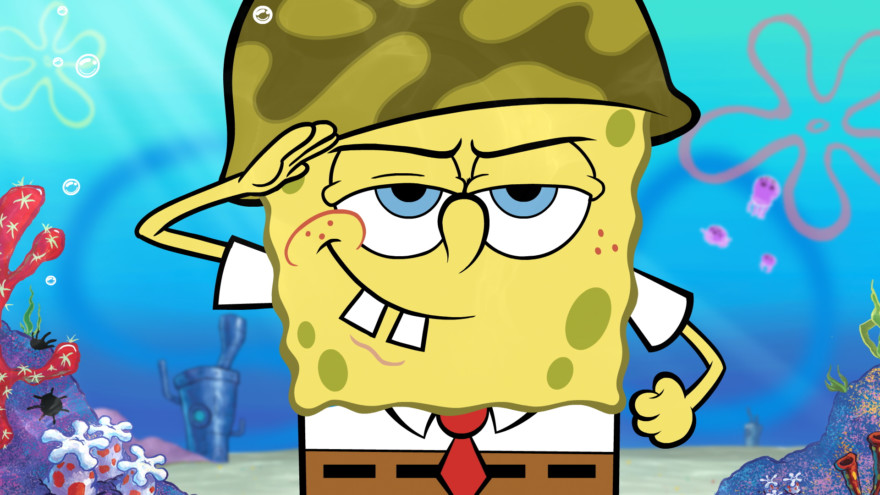 “So much later the old narrator got tired of waiting, and they had to hire a new one.” – Narrator

SpongeBob SquarePants’ French-accented narrator, a parody of oceanographer Jacques Costeau, is another iconic part of the series. He’s best known for his extremely versatile “X Hours Later” placards. However, this particular quote is also great fun, since it reflects how much personality the narrator can have and how he’s often a key part of the show’s meta-humor.

“Oh, it’s days like this that make me wish I had gone to college.” – Squidward Tentacles

Around the time early SpongeBob was airing, the popular mindset was still very much that attending college was the only effective way to receive a good education.

We’ve started to change that narrative lately and accept that there are other ways to make it in the world, of course. Nonetheless, in context, this line tantalizingly hints at the notion that Squidward might not be as highly knowledgeable as he likes to pretend.

This line is delivered right after Patrick has devoured a chocolate bar, with the remnants of it still on his mouth. And as he says it, the camera pans down to linger on his, uh, ample frame. It’s one of Patrick’s more jerk-ish moments (though more out of stupidity than malice), but it’s too funny not to mention.

“Am I a pretty girl?” – SpongeBob SquarePants

SpongeBob says this line in response to Mr. Krabs tells him that the hat he’s wearing makes him “look like a girl.” Even considering that it’s a joke, seeing the main character of a children’s show defy gender norms like that, especially back then, is really cool.

“Can I be excused for the rest of my life?” – SpongeBob SquarePants

This sounds more like something Squidward would say, and in context, it’s more about SpongeBob being scared of a bully in class. However, out of context, it’s just something that’s so fun to quote in so many situations that crop up in everyday life.