Having been placed at the center of a massive cinematic universe, Thanos has naturally established himself as one of the most iconic villains of 20th-century cinema. And a major part of this is that, like most of the MCU’s central characters, he’s written so well. He has a personality as immense as his power, and he spouts some seriously quotable lines of dialogue.

Below, we’ve listed 20 of our favorite Thanos quotes.

Short, sweet, and to the point. Thanos is planning to bring about an event of apocalyptic proportions, and he’s not the least bit shy about making it known that the end is coming for many.

Another short and sweet one. They’re often the best when it comes to supervillains. Lines like this instill a sense in the heroes, and in the audience, that despite all the Avengers’ tremendous efforts, stopping someone as powerful and determined as Thanos might just not be an option.

“You should have gone for the head.”

Once again, simple, but there’s a reason it’s become such a widely-remembered quote. In this scene, the heroes truly believe that Thor might just have defeated Thanos and saved the universe.

The moment Thanos wakes up and utters this line, it’s a shattering moment that utterly tears away what the Avengers allowed themselves to think could be the moment of their greatest triumph.

“When I’m done…half of humanity will still exist. Perfectly balanced — as all things should be.”

This line has Thanos more or less spelling out exactly what he plans to do – not just to humanity but also to the rest of the universe. It’s a frightening prospect, but what’s especially chilling is how clear it is that he genuinely believes that such genocide is the best way to balance out the universe.

“Little one, it’s a simple calculus. This universe is finite, its resources finite. If life is left unchecked, life will cease to exist. It needs correcting.”

This quote has Thanos essentially spelling out one of his main reasons for wanting to wipe out half of all life in the universe. A quote like this resonates with us because, well…it kind of makes sense.

He raises a good point. Even if we feel he’s going too far, it’s frightening to consider that action as monstrous as universal genocide could have such a logical motive behind it. 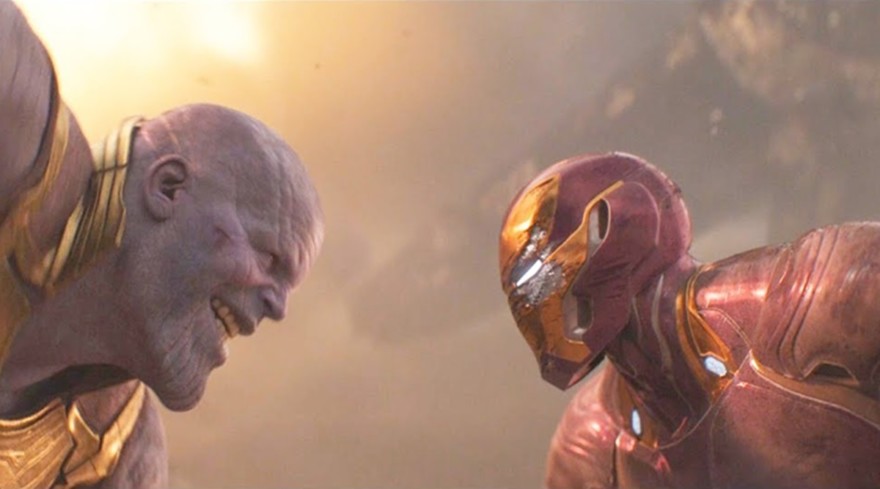 “You were going to bed hungry, scrounging for scraps. Your planet was on the brink of collapse. I’m the one who stopped that. You know what’s happened since then? The children born have known nothing but full bellies and clear skies. It’s a paradise.”

Another moment in which Thanos meditates on the motives that drive his actions. It’s clear that he sincerely believes that his genocidal actions will ultimately bring utopia throughout the universe. And once again, for that one frightening moment, the viewer can’t help but entertain the notion that he might, in fact, be right.

“I know what it’s like to lose. To feel so desperately that you’re right, yet to fail nonetheless. It’s frightening, turns the legs to jelly. But I ask you to what end? Dread it, run from it… destiny arrives all the same. And now it’s here. Or should I say, I am.”

Another quote that’s chiefly haunting because it’s so relatable. Sure, most of us haven’t attempted to carry out Thanos-scale genocide; but most of us have, at one point or another, failed despite desperately believing ourselves to be in the right.

Once again, it’s haunting to us to be able to identify on such a close level with someone planning to carry out such a monstrous act.

“You could not live with your own failure, and where did that bring you? Back to me.”

If the last quote has Thanos acknowledging his own experience with failure, this quote has him urging the Avengers to accept their own failure to stop him. Struggling with consequences is one of the many recurring themes of the MCU and just one of the many things that makes the films so universally relatable.

“The universe required correction. After that, the stones served no purpose beyond temptation.”

Besides being strangely relatable at times, Thanos is also unusually principled for a supervillain. In this line, he reveals that he disposed of the Infinity Gauntlet Stones after using them to wipe out half of all life. He says that his reason was to keep others, including himself, from being tempted by their power.

You’ve got to admit, there’s not many people supervillain or not, who’d give up that sort of power so readily. It’s once again deeply jarring to actually feel like one could admire a character who has committed such an act.

“I used the stones to destroy the stones. And it nearly killed me.”

Taken from the same scene as the previous quote, this one makes it obvious that, despite the composed and calculating image he often projects, Thanos was tremendously tempted to exploit the power of the Stones further. Which, depending on how you see it, might just make his character even more weirdly admirable, given how he was able to resist that temptation.

“The hardest choices require the strongest will.”

Thanos says this line to Doctor Strange in his confession that one of the first planets he wiped out half of was his own home planet of Titan. It’s a hard-hitting revelation indeed, and one has to agree – it must have required a strong will to do that to one’s own home. It’s yet another emphatic revelation of how deeply committed Thanos is to his cause.

“You’re strong, but I could snap my fingers, and you’d all cease to exist.”

And there were clear moments when Thanos was relishing the power the Stones gave him.

This quote has him simultaneously acknowledging that the Avengers are a mighty group indeed when united, while also highlighting that, with the might of the Infinity Gauntlet at his disposal, all their strength is meaningless before his might.

“You have my respect, Stark. When I’m done, half of humanity will still be alive. I hope they remember you.”

You’d expect a villain who wishes to wipe out half the life in the universe to be a total misanthrope. However, he is clearly able to acknowledge it when someone – even a mere lowly human who opposes him – is able to earn his respect. Such is the case with this quote, wherein he gives Tony Stark some hope that, even after his plans are fulfilled, humanity will move on – and that they’ll remember Iron Man’s attempts to fight for them.

Another line from the same scene, it’s a frightening emphasis on how Thanos genuinely believes that his genocidal plans are for the good of the universe. So much so, in fact, that he considers his actions to those he’s killing to be merciful. It’s clear at this point that he’s operating on a completely different level of morality from our heroes.

“You’re not the only one cursed with knowledge.”

This line, which Thanos utters to Tony Stark, makes it clear that he is, generally speaking, not especially happy about having to carry out what he feels is necessary genocide.

He feels that he knows what is necessary and that he must carry it out not because he takes pleasure in it, but because he is the only one who knows to do so. 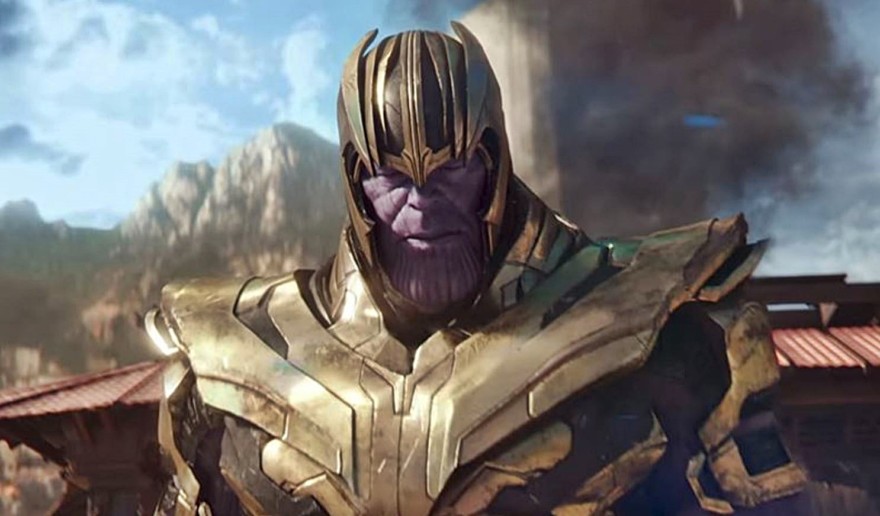 “Fun isn’t something one considers when balancing the universe. But this… does put a smile on my face.”

For a character planning to wipe out half the universe, Thanos, as the previous quotes make clear, comes off surprisingly relatable at times. Nonetheless, lines like this make it clear that there is a sadistic streak to him – that he does, on some level, relish the notion of causing widespread death.

“In all my years of conquest, violence, slaughter, it was never personal. But I’ll tell you now, what I’m about to do to your stubborn, annoying little planet… I’m gonna enjoy it. Very, very much.”

Likewise, quotes like this make it clear that, for all his proclamations about doing what he does for the fate of the universe, Thanos clearly has a bloodthirsty side to him. He’s developed a grudge against Earth and humanity, and he’s going to carry it out.

“No resurrections this time.”

Thanos utters this line after his extremely brutal execution of Loki. Not only does it reflect his might (Loki was, after all, literally a God), but its cold delivery once again makes it clear that Thanos, for all his declarations of noble intentions, has a very cold-blooded side.

Thanos says this in response to the question of what carrying out his plans has cost him. It’s another clear reflection of how he has completely committed himself to these genocidal plans.

“I thought by eliminating half of life, the other half would thrive. But you’ve shown me, that’s impossible. And as long as there are those that remember what was, there will always be those that are unable to accept what can be. They will resist.”

A grim line that reflects Thanos coming to realize that most of the rest of the universe doesn’t see his plans as quite as noble as he does. Of course, he’s already deeply committed to these plans; and his answer, chillingly, is to become more ruthless in order to see his vision carried out.