Based on the comic by Alan Moore, the V For Vendetta movie still sets itself apart from other comic book adaptations through the heavy subject matter it tackles.

There aren’t many comic book films out there that examine the philosophies of anarchism, after all. No matter your political ideology, V For Vendetta will almost certainly leave you with a great deal to think about.

And of course, a film like this wouldn’t be nearly as effective if it weren’t well-written and highly quotable. Below, we’ve listed some of our favorite V For Vendetta quotes.

The film opens by quoting this nursery rhyme, traditionally associated with Guy Fawkes Night. It’s our first hint at V’s ideology – that he wishes to evoke Guy Fawkes in his violent defiance of what he considers an oppressive regime.

Speaking of Guy Fawkes, the protagonist’s mask, made in his likeness, might be one of cinema’s most iconic images. Since the film’s release, it has become a universal symbol of rebellion for groups across the globe. In light of this, this line from V feels extremely prophetic.

The mask he wears – not just in the film, but in real life – will soon become ingrained with a spirit and ideal that extends well beyond the individual character.

“You wear a mask for so long you forget who you were beneath it.” – Gordon Dietrich

But V is very clearly not the only character whose identity has been lost behind his mask. This line, spoken by Evey Hammond’s boss Gordon, refers to the fact that he has had to hide his homosexuality from the tyrannical government.

It’s a powerful glimpse at how every citizen, no matter their standing in this oppressive society, lives in fear of the government.

“For three years, I had roses and apologized to no-one.” – Valerie Page

The government oppresses another character for her homosexuality. This line reflects on Valerie’s memories with her partner Ruth. It’s a defiant assertion of the fact that one should never have to apologize for one’s sexuality.

This line from V not only spells out one of the driving notions behind his ideology but is perhaps one of the main reasons why this film resonates with so many people across the political spectrum. No matter who you maybe, you’ll likely agree that fear and oppression should never be the means by which a government rules over its people.

“A building is a symbol, as is the act of destroying it. Symbols are given power by people.” – V

This line serves to explain a good portion of why V feels that the revolution against the government must be explosive. The act of blowing up Parliament, he explains, is not being done for the sake of destroying a building. Rather, it is done for the symbolism of defying the government that this building stands for.

“No one will ever forget that night and what it meant for this country. But I will never forget the man and what he meant to me.” – V

These words, spoken by Evey as she reflects on the revolution that V brought about, come back to the film’s recurring theme of Guy Fawkes. Many people, especially nowadays, prefer to remember revolutionary figures like Fawkes for the ideals they represented, rather than who they were as individuals. After all, humans can be, and usually are, flawed.

Evey defies this philosophy with this line. We watched her get to know V, and though we never see his face or learn his name, we see how much he comes to mean to her. For Evey, he’s not just a symbol of the revolution, but a man worth remembering.

“What was done to me created me. It’s a basic principle of the universe that every action causes an equal and opposing reaction.” – V

Speaking of V as an individual, while we don’t learn too much about him, we do come to learn that much of his hatred for Sutler’s government is due to torturous human experimentation that he was subjected to. It’s a glimpse into his deeper motivation and into the horrifying nature of the government he opposes.

V speaks this line upon asking Evey Hammond to dance with him. Besides being a humanizing moment for these two characters, it’s also an important reminder that even the most brutal revolution should not be without joy if carried out for a good cause. After all, what better reason for celebration could there be than bringing an end to tyranny? 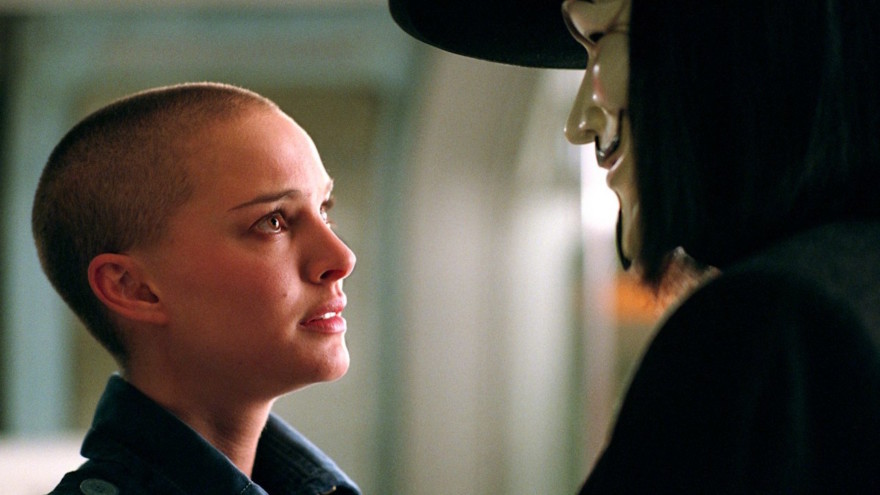 “Are you like a crazy person?” “I am quite sure that they will say so.” – Evey Hammond & V

This short little exchange, besides being amusing, tells us a great deal about V’s commitment to his cause. He’s accepted that many people (including, probably, much of the audience) will, at least at first, disagree with his actions and consider him insane.

He’s made peace with this – bringing down tyranny, he’s decided, is more important than public perception.

“He used to say that artists use lies, to tell the truth, while politicians use them to cover the truth up.” – Evey Hammond

Evey Hammond speaks this line as she recalls what her father said about politicians and artists. It’s a line that feels almost meta, in a way – after all, V For Vendetta itself began life with an artist (Alan Moore) delivering what many consider to be hard-hitting truths.

“While the truncheon may be used in lieu of conversation, words will always retain their power.” – V

This line, spoken by V in his speech to the people of London, is a powerful aspect of his revolutionary ideals. It serves as a reminder that, for all the efforts of governments like Sutler’s, which will try to use force to suppress ideas, no amount of violence or brutality can ever extinguish the power of an argument well expressed in words.

“But if you see what I see if you feel as I feel, and if you would seek as I seek, then I ask you to stand beside me one year from tonight.” – V

Another sample from V’s speech to London’s people, this line invites them to join him in a revolutionary uprising on the next Guy Fawkes Day.

In some ways, he makes clear, it’s an opportunity to redeem themselves. He underlines how, through fear, the people gave power to an illegitimate government, and urges them, if they hate it as much as he does, to do their part in bringing its reign to an end.

“I do, like many of you, appreciate the comforts of everyday routine- the security of the familiar, the tranquillity of repetition. I enjoy them as much as any bloke.” – V

Another sample of the speech V gives to the people of London. It’s a clear sign to them that what they’re going to hear is going to throw their lives into upheaval and pull them away from the routines they have grown accustomed to.

“I want this country to realize that we stand on the edge of oblivion. I want every man, woman, and child to understand how close we are to chaos. I want everyone to remember why they need us!” – Adam Sutler

As he’ll soon learn, however, the people have come to see the uncertainty of revolution as preferable to the tyranny of his government.

“Is it meaningless to apologize?”

In this exchange, V confronts Dr Delia Surridge, a government doctor who performed human experiments on him and many others at Larkhill concentration camp. Her words make it clear that she is remorseful for her actions.

The scene underlines how, in the hellish society of a fascist government, even genuinely good-natured people can be drawn into committing monstrous acts.

Speaking of Dr Surridge, this is another line from her death scene. Through it, V underlines how, though he acknowledges her remorse, it is no coincidence that he is confronting her now. Through her actions, she sealed her fate and now must face it. 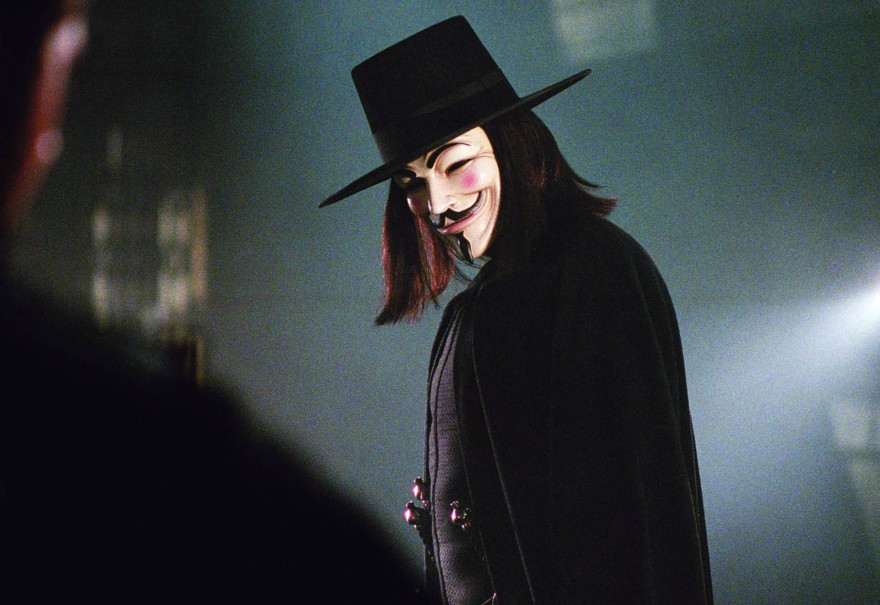 “And thus I clothe my naked villainy with old odd ends, stolen forth from holy writ and seem a saint when most I play the devil…” – V

In contrast with Surridge, Archbishop Anthony Lilliman, another government official that V confronts, shows no signs of regret. A man of the cloth, he used his position of power to rape and abuse underage girls.

This line, ironically, is spoken by Prothero, a voice of propaganda for the government. As it turns out, he’s ultimately correct, though not in the way he thinks. After all, by this point, the viewer’s notion of who the good and bad guys are is very different from his.

“One thing is true of all governments – their most reliable records are tax records.” – Eric Finch

This lighthearted line, spoken by cynical Scotland Yard detective Eric Finch, isn’t nearly as deep or serious as most of this film’s memorable quotes. However, most folks will agree that it’s very relatable and probably universally true.