Vegeta unquestionably stands out as one of the most iconic villains-turned-heroes in the history of anime, having largely helped solidify the “hero’s rival” character as a staple in Shonen anime.

And like with any good villain or hero, he is memorable in great part due to the way he is written. The Dragon Ball franchise is known for its extremely theatrical exchanges of dialogue, and Vegeta has arguably gotten some of the best quotes in the series. Below, we’ve recounted twenty of our favorites.

“Fine, Kakarot, you are the mightiest Saiyan, I’ve admitted that much. At least for now. But don’t you dare think that this is over. I won’t let you keep me in second place forever, feeding on the scraps of your glory. I will surpass you, and even then I’ll keep pushing, I’ll surpass every single warrior in the Universe. I won’t stop until I’m the ultimate number one.”

As mentioned, Vegeta helped establish the classic anime trope of the “hero’s rival,” and few quotes summarise that trope better than this one. In this defiant speech that Vegeta utters to protagonist Kakarot, also known as Son Goku, he makes it clear that he has an unquenchable drive to prove himself to be stronger than the protagonist. This, in and of itself, makes him one of the series’ most formidable foes.

“What, how am I here, standing before you now? I am just as lost as you. You needn’t worry about me, Kakarot. Unlike you, I have one thing in my favor: I have nothing to lose. You’re noble and selfless, Kakarot, I’ve been selfish. The afterlife quite frankly sucks for me. But I know fighting him will be a piece of cake. Anything’s better than my loathsome existence here.”

Another quote that reflects Vegeta’s significance in establishing mainstay anime tropes, this bit of dialogue, uttered before he faces off against the demon Janemba in an effort to save Son Goku, reflects on his role as the villain-turned-hero. It’s a moment that clearly demonstrates how Vegeta is finally reflecting on the selfishness of his past actions and drawing upon this introspection as a source of strength. It’s a turning point for the character in every sense. 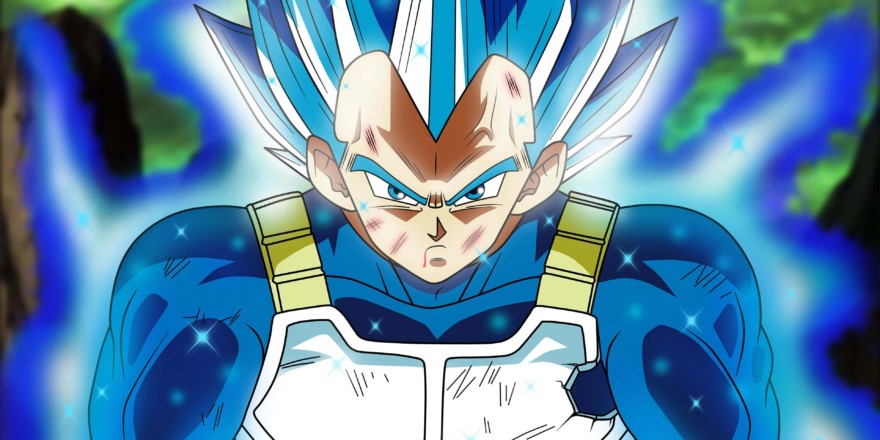 “I used to fight for the sheer pleasure of it; for the thrill of the hunt, oh, I had the strength unmeasurable…I spared no one. And yet, you showed mercy to everyone, even your fiercest enemies, even me! Yet, you never fought to kill, or for revenge. Only to test your limits and to push yourself beyond them, to become the strongest you could possibly be. How can a Saiyan fight like that and, at the same time, be so gentle that he wouldn’t hurt a fly? It makes me angry just thinking about it! But, perhaps it is my anger that has made me blind to the truth for so long. I see it now, this day has made it all too clear. You’re better than me Kakarot. You are the best.”

Something of a meeting point between the previous two quotes, this is yet another profoundly defining moment of Vegeta’s character, showing him acknowledging that, despite the fact that one of his main drives has been to surpass Goku, Goku will, in fact, always be a greater warrior than he is – not because of his might, but because of his selflessness, a quality that Vegeta has thus far struggled to show.

“Perhaps if your planet had five hundred times gravity, you’d have a slight advantage. But ten? I don’t even feel it!”

This is Vegeta’s response when PuiPui, one of Babidi’s minions, teleports himself and Vegeta to his home planet of Zoon, naively thinking that the planet’s gravity (which is ten times that of Earth) will give him an advantage over Vegeta. Vegeta, of course, has spent years training in increasingly higher-gravity environments; and this simple quote serves to almost casually displaying how unconcerned he is by this minor obstacle that PuiPui was so sure would give him an edge in the fight.

“I already told you, I will not be distracted from this anymore, I won’t! It will take more than head games to stop me. You may have invaded my mind and my body, but there’s one thing a Saiyan always keeps… his pride!”

Speaking of Babidi, this is the line that Vegeta utters after he is able to break free of the wizard’s mind control. It’s a line that does a great job of demonstrating how, while Vegeta’s tremendous pride is one of his flaws, it’s also one of his sources of strength.

“Is it slavery when you get what you want?”

Even when he was under Babidi’s influence, however, Vegeta still got off some memorable lines. Babidi’s whole power, after all, is drawn from the evil already dwelling in a person’s heart; and this line, uttered by Vegeta as he faces off against Goku, makes it clear that Babidi has played on his own insatiable drive to finally prove himself superior to Goku.

“So tell me…does a machine like you experience fear?”

This is one of the lines that Vegeta spouts in his clash with Android 19. Stepping in after 19 overwhelms a sickly Goku, Vegeta reveals that he, like Goku, now has the ability to go Super Saiyan. And the previously cocksure Android 19 quickly makes it clear that, despite being a machine, the idea of facing Super Saiyan Vegeta does indeed terrify him. 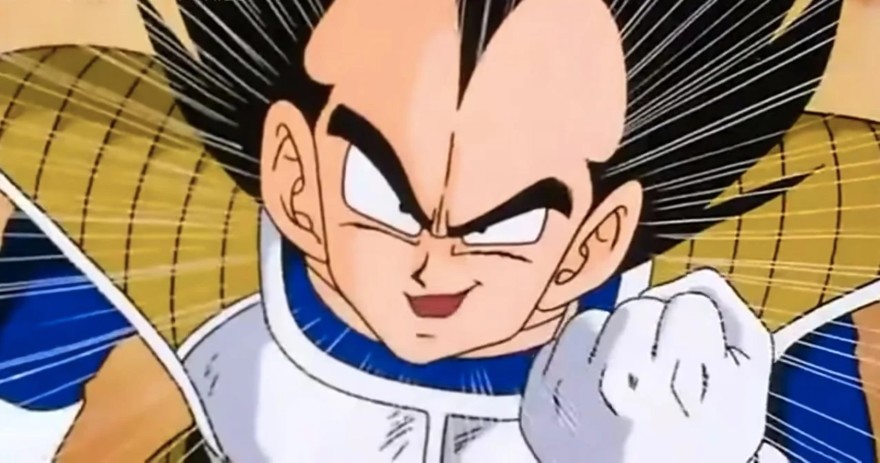 “If you give up now, I promise I’ll turn you into something practical. Like a toaster or a washing machine.”

Another line from an android battle – albeit one that didn’t end quite as well for Vegeta. He utters this line to Android 18 during his battle with her; having already defeated Androids 19 and 20, he assumes that he’ll be able to bring her down just as easily. Given that she later ends up defeating him, this line reflects how, despite his considerable skills, Vegeta still sometimes allows his pride to make him unduly cocky.

“When we fight, we’ll need a whole planet for an arena.”

Vegeta utters this line to Goku after the latter leaves the 28th World Martial Arts Tournament in order to train Uub, thus leading to the Tournament’s cancellation and denying Vegeta the chance to face Goku in the arena. Not only does this line show that he has accepted the situation, but it also reflects his acknowledgment of how tremendously powerful both of them are.

On the subject of Buu, this is one of the lines that Vegeta utters to Kid Buu. Not only does it show his tremendous self-confidence to say such a thing to a creature that quite literally destroyed the Earth, but it feels rather cathartic for the audience – none of us wanted to say it ourselves, but Kid Buu, with his lumpy design and bright pink color, really does look like chewing gum.

“What are you gawking at? What did you think, huh? That I was gonna roll over and die from an attack like that? You’re nothing. Just a trickster. I am a warrior…the Saiyan Prince, Vegeta!”

And for another Kid Buu-related quote, this defiant line is what Vegeta utters to Kid Buu after the latter has succeeded in pounding him into the ground no less than three times. It’s a moment that makes it clear how incredibly resilient Vegeta is, and how he’s not the sort to give up even when the battle seems hopeless. It’s enough to leave Kid Buu, a creature that can destroy entire worlds, visibly shaken.

“Your training isn’t over when your body gives up, but when your mind gives up.”

Perhaps one of Vegeta’s best-remembered quotes, it very much plays off the spirit of the previous one and is clearly one of his defining philosophies: Vegeta is able to endure even the most grueling physical punishments because of his unrelenting mental drive and determination.

“I do a lot of push-ups and sit-ups, and I drink plenty of juice.”

Dragon Ball isn’t a franchise that’s shy about being comedic when the situation calls for it; Vegeta offers this sarcastic comeback during his faceoff with Semi-Perfect Cell when the latter demands to know how he became so powerful so quickly. Of course, the truth is that he’d spent a year in the Hyperbolic Time Chamber, but it’s a lot more fun to think that he really did gain his supernatural strength through a very drastic juice diet. 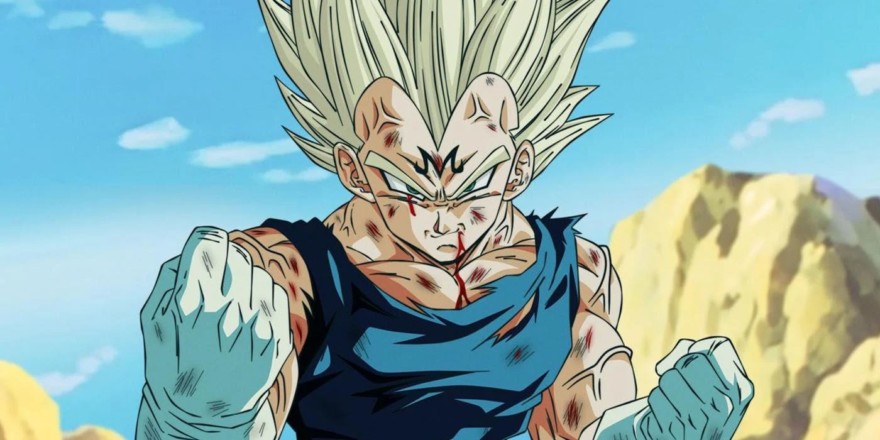 “I find it hard to believe that my cells are in your body. How could I have turned out so ugly? What a waste.”

On the subject of snark that Vegeta throws Cell’s way, there’s also this line, which is his response to discovering that some of his own cells were used in Cell’s creation. It’s not only funny (if a bit of a low blow), but it really does make one wonder why Cell bears so little resemblance to Vegeta or any other character who his cells were taken from.

This line is one of the more serious examples of the verbal putdowns Vegeta throws at Cell, delivered in response to Cell’s cry of “I am Cell! Do you hear me?” a desperate final stab at defiance as Vegeta humiliates him in battle. Given that a major driving force behind Cell’s monstrous actions has always been his tremendous pride, it’s very cathartic to hear Vegeta put him down so decisively.

“What’s wrong, Frieza? Is your brain another one of your weak and underused muscles?”

Frieza, too, falls victim to Vegeta’s talent for throwing snark at his opponents. This particular line comes when, during their clash, Vegeta is finally able to force Frieza into his stronger form. It also ties nicely into the earlier quote regarding Vegeta’s philosophy of overcoming physical punishment with mental determination – there’s clearly a running theme in Vegeta’s character of the relationship between body and mind in combat.

In a memorable scene after Vegeta plummets back to Earth after being propelled into the air by a Spirit Bomb, Krillin, believing him to be dead, remarks (at least in the Ocean Group dub) that they at least won’t have to “look at his ugly face anymore.” Vegeta abruptly wakes up, uttering this line. It’s a fun ice-breaker in a tense scene and makes it clear that Vegeta is able to draw on his witty, snarky nature even after taking a serious battering.

It’s pretty much a prerequisite that any badass anime character needs to have at least one instance of delivering a sharp one-liner as they land the killing blow to a foe. In Vegeta’s case, it’s this one, which he delivers (at least in the remastered dub) as he defeats Cui, one of Frieza’s elite soldiers. It’s a simple, yet powerful line (especially when contrasted with earlier dubs, which tended to bowdlerize words like “hell”) that emphasizes the sharp finality of the moment. 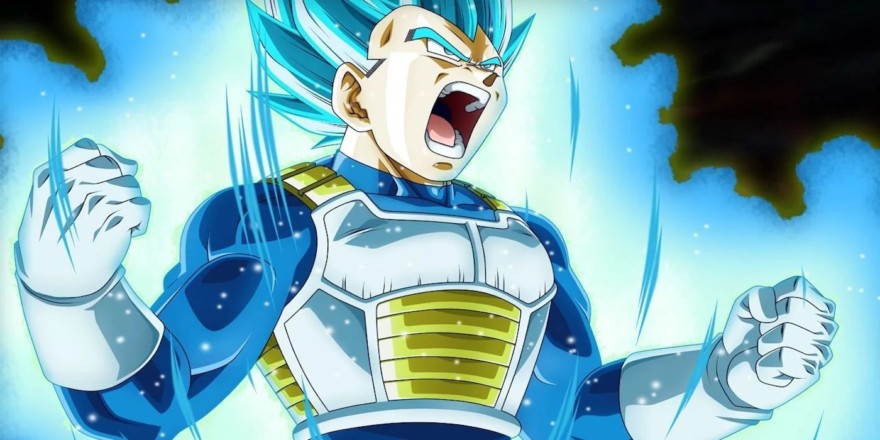 “I do not fear this new challenge. Rather, like a true warrior, I will rise to meet it.”

Another widely-quoted statement from Vegeta, this one is probably as beloved as it is for its widespread applicability. Sure, not many of us are Super Saiyans battling extraterrestrial beasts, but the concept of new challenges is a universal phenomenon; and many of us who grew up watching Dragon Ball Zoften find great comfort in Vegeta’s willingness to face his own fresh challenges so directly.

“Even the mightiest warriors experience fears. What makes them a true warrior is the courage that they possess to overcome their fears.”

Yet another widely popular Vegeta quote with universal appeal, this particular one very much taps into the universal need for courage and provides us with a reassuring reminder that, no matter what challenges we may face in life, fear is nothing to be ashamed of; courage lies in the willingness to overcome that fear.