No one knows when the next patch might come along and completely ruin another character’s gameplay. Remember when Mercy used to be able to Rez her whole team? That’s just one example of many from all of the nerfs over the years. But anyway, in no particular order, here are our picks for the top 10 best Overwatch Ultimates. 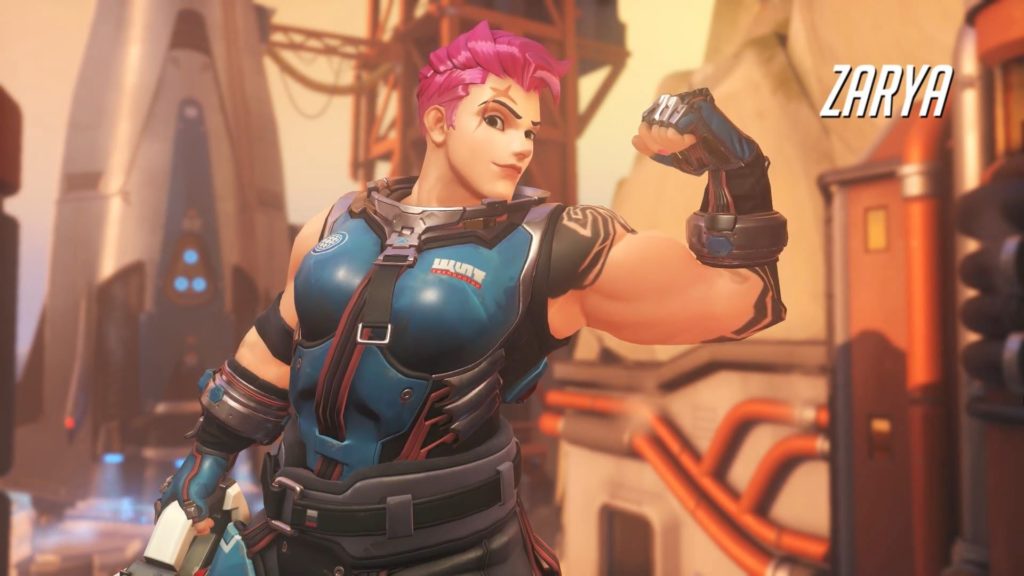 Though her Ultimate isn’t technically strong, it’s super useful for the team she’s on. Zarya activates a gravity bomb that she launches across the map to a targeted area. Once this happens, the Gravitation Surge sucks in nearby enemy players, holding them and doing a bit of damage to them at the same time.

It’s not usually Zarya’s Ultimate that kills them, but rather, the rest of her team. They should be aiming and ready to fire the moment she sets it off. 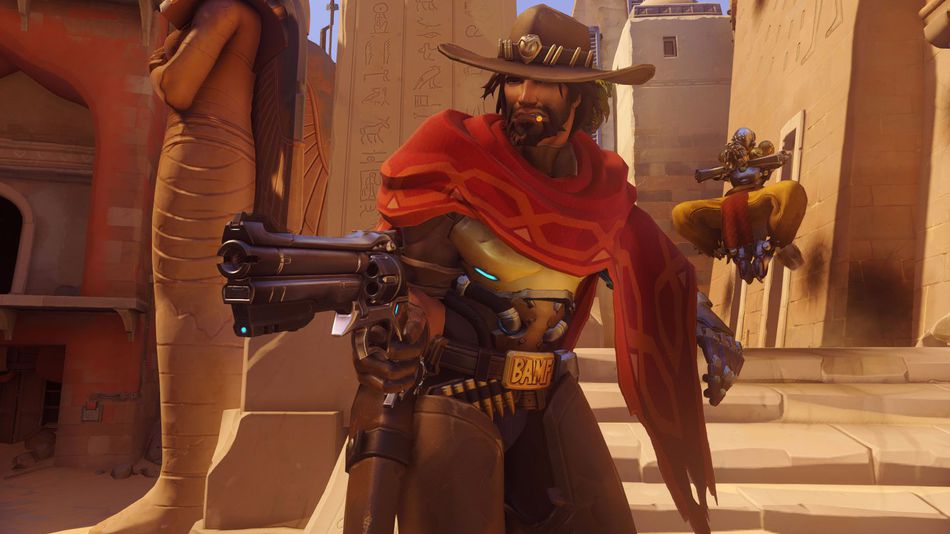 McCree’s High Noon call has been the basis for memes and jokes since the conception of Overwatch; but seeing it in action is no laughing matter for the enemy team. A good McCree is a sneaky McCree who isn’t afraid to get behind the enemy lines and pull of his Ultimate from right under their collective noses.

Deadeye is certainly waiting. McCree will slow down, stop, and focus on his nearby targets. Once you have them lined up, you can set off six rounds from his revolver. Each target is a chance to kill if you make the right shot. But even if you mess up a little, it’s still a damaging Ultimate to use. 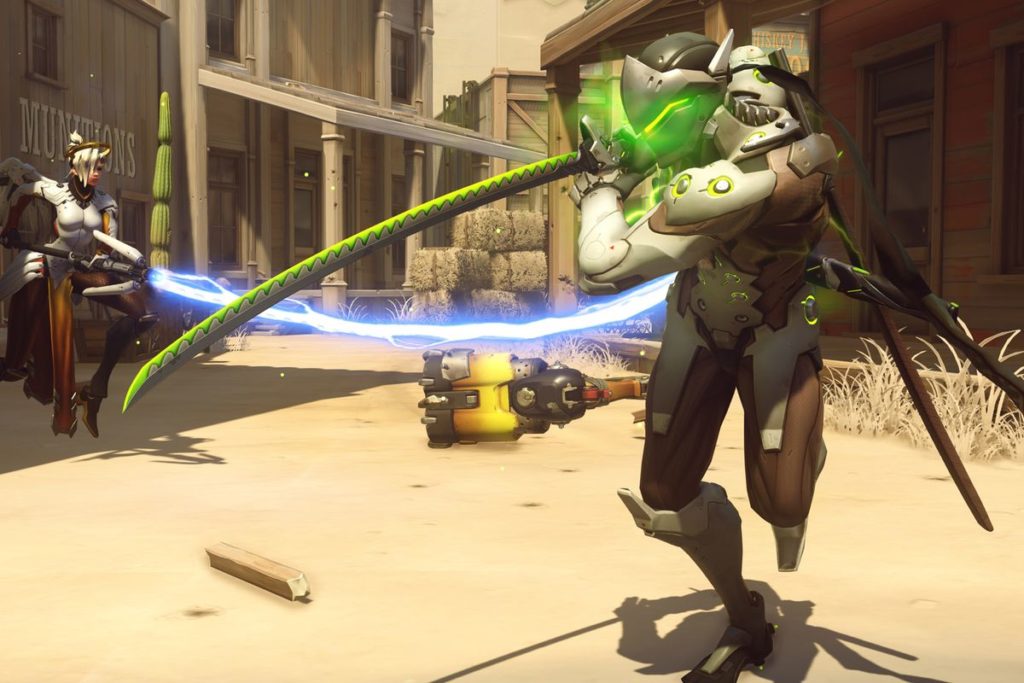 Dragonblade has been the bane of many players for years. Once mastered by a Genji main, it’s almost unstoppable, and you’re likely to be dead and back at the respawn point within moments. Hearing the shout of “Ryūjin no ken o kurae!” is so much worse than hearing Hanzo’s Ultimate go off; mainly because you have no idea where its coming from and no time to move.

For this Ultimate, Genji flourishes his blade for a short span of time, delivering huge amounts of damage and killing strikes to any enemy nearby. It’s useful for their time, it’s awful for the opposition.

Shout-out to Hanzo and his Ultimate, but it’s easy to dodge if you can move fast enough. 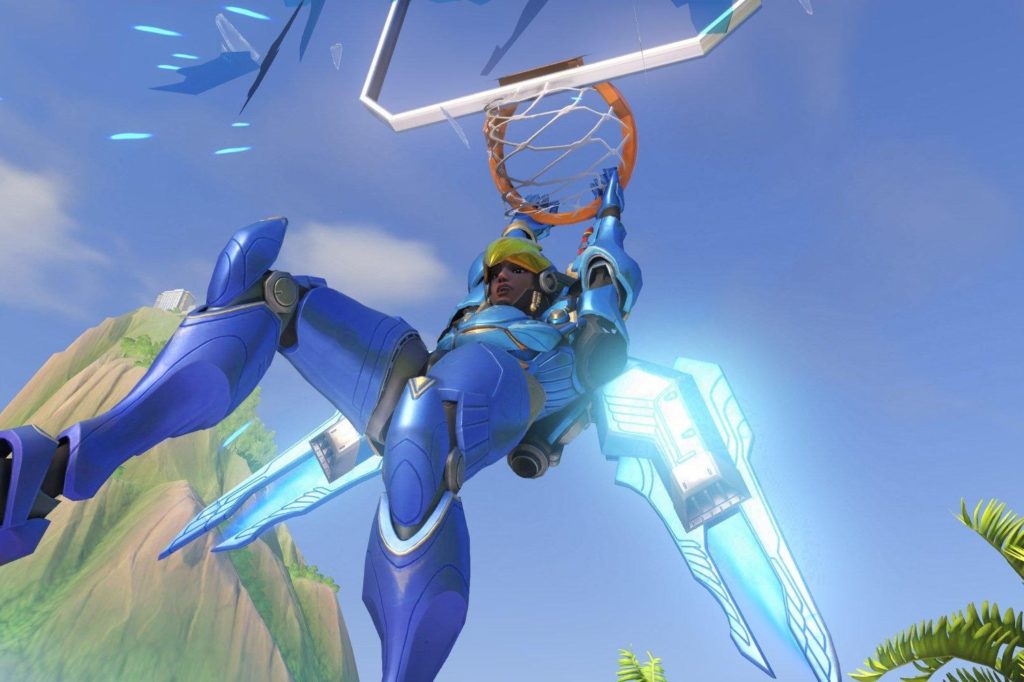 Pharah’s Ultimate will take out you and your entire team if you aren’t careful. Once she’s ready, she can use her flying ability to put herself in the right position and let loose her Ultimate: Barrage.

Barrage is an attack of mini rockets that continuously hit the area Pharah is aiming at. Aim in the wrong place and it does nothing but make you look a little silly. Position her in the wrong place and watch as you get sniped by the enemy team. There’s a delicate balance that needs to be met when playing her. 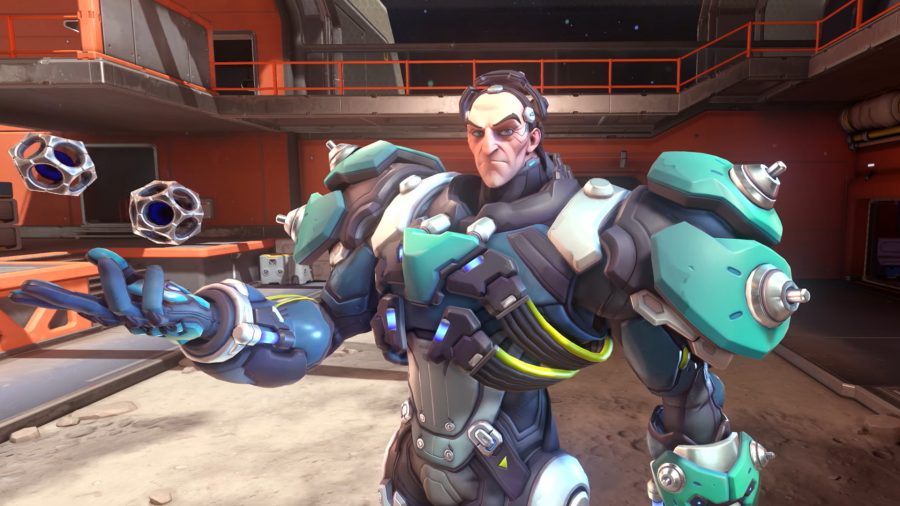 Sigma is Overwatch’s newest playable character and is still a little too overpowered for a lot of people’s tastes. We’re sure that will change with time, or with the next few patch updates.

Using his powers, Sigma flies into the air and lifts up the enemies that were within a targeted area. Once he has them, they are slammed back down to the ground. Ouch. 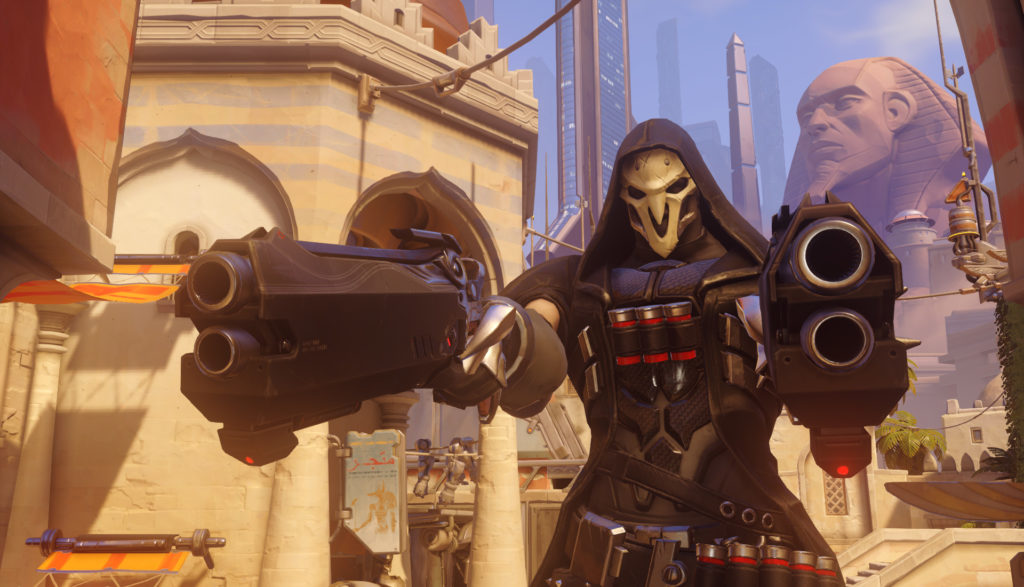 “Die, die, die!” – A phrase that we’re certainly makes any Overwatch player run for the hills. Reaper is the kind of character that you don’t want to be anywhere near when he’s using his Ultimate move.

Coming out of seemingly nowhere, Reaper will appear and start spinning in a small circle. While he moves, he empties out both of his shotguns. This causes huge amounts of damage, and it will kill the weaker characters.

The Sound Barrier: Fast, useful, and great if you like annoying the other team. This Ultimate is not a destructive one, but you can make it a bit more damaging by remembering to use Lúcio’s other abilities while his Ultimate is active.

Lúcio’s Sonic Amplifier provides him and his nearby teammates with their own personal shields for a brief moment of time. These protective waves can be seen by your allies, letting them know how close they need to be if they want to get a quick boost. 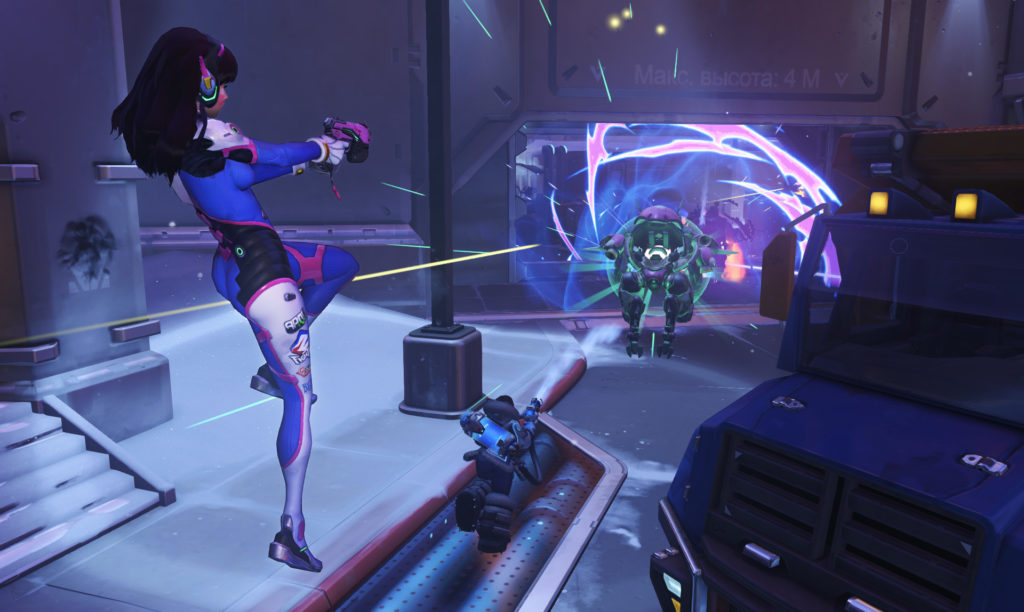 D.Va’s Self-Destruct is a powerful tool when it’s used right. Players have seen all too many of their teammates accidently shoot the Mech bomb off of the side of a map, and it’s the most frustrating thing. Especially if you’re behind the “wheel”.

The Self-Destruct happens just seconds after activation, allowing D.Va’s squishy human form to run out of the way of any surrounding enemies while they scramble to get out of range of the blast. The Mech bomb causes huge amounts of damage; usually killing any nearby player, as long as they aren’t armored.

Afterwards, she can call down another Mech, get in, and start shooting again. 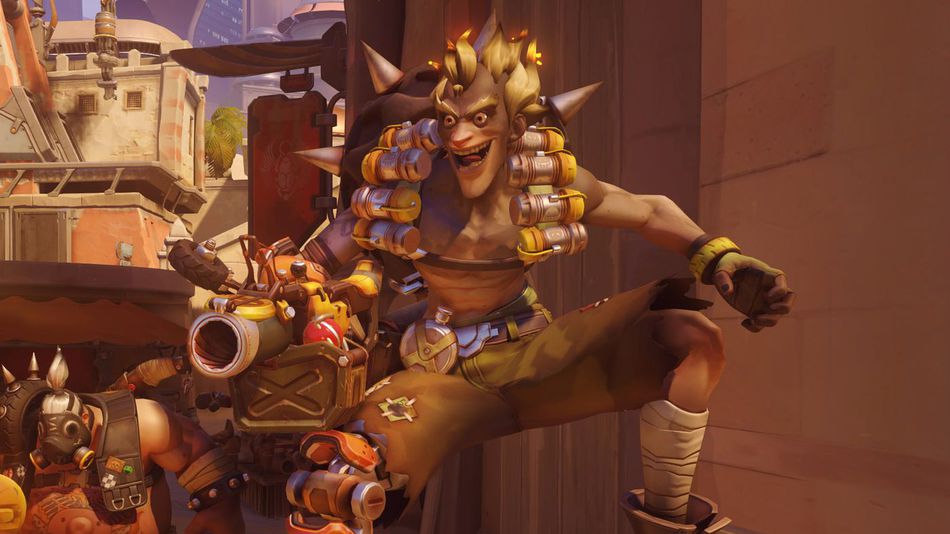 Another bomb-based Ultimate, Junkrat takes no prisoners and can easily kill off an entire team if they aren’t being careful. If you’re lucky, you might be able to hear the faint sounds of the RIP-Tire in the distance and find a place to hide. If you’re not lucky, well, you’re dead.

RIP-Tire is a motorized tire bomb that the user sets off and controls across the map until they want to detonate it. It does leave Junkrat vulnerable, because he stands completely still and can’t be moved while the player controlling him is using this Ultimate. But, if you’re about to die anyway, you may as well set it off and take someone with you. 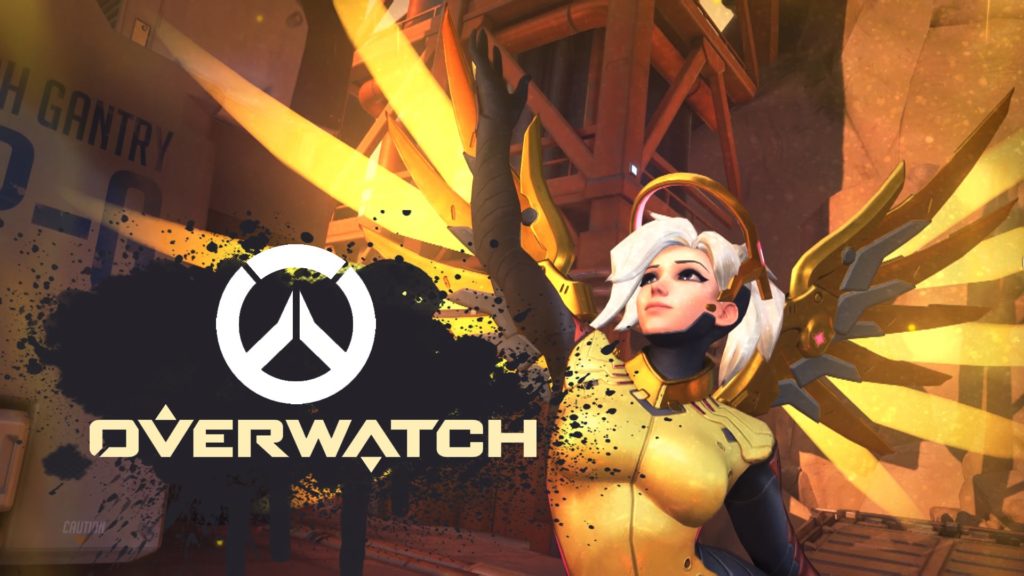 Heroes shouldn’t die with Mercy around. Though our poor Doctor has been nerfed by the Overwatch team numerous times, a decent Mercy main should be able to adapt to her changes with very few issues. She can still Resurrect a teammate, but just the one every 30 seconds; a far cry from the old Mercy’s skills.

Her Ultimate is Valkyrie, which gives her the ability to fly around the map for a short period of time. Her abilities are enhanced; including a faster healing rate and higher damage boost.