Veteran Overwatch players typically look for a challenge, and they get that challenge by playing characters that are the complete opposite to the ones they usually auto-pick within the first two seconds of a match. 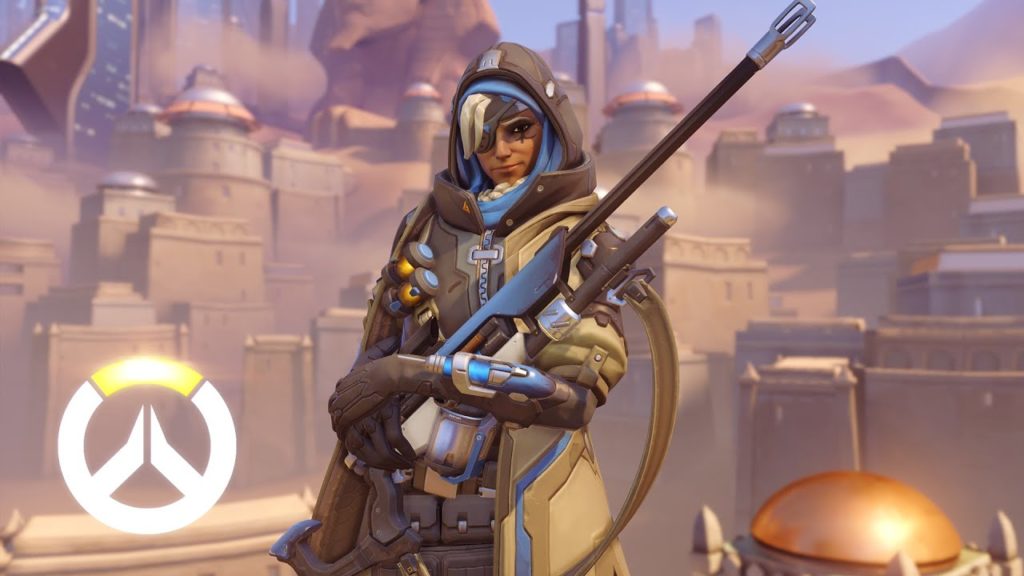 Support that comes from a long-range sniper, Ana is the hardest support hero to master properly. From her rifle, which can heal and do damage, to her sleep darts, Ana’s whole character is based around having amazing aim or dying.

The grenades on her person are probably the easiest thing to use, but you’re supposed to spend most of your time back away from the point and supporting your team. Of course, there’s always the Nano Boost, but if you waste that on the wrong teammate, everyone will rip into you for the rest of the match. 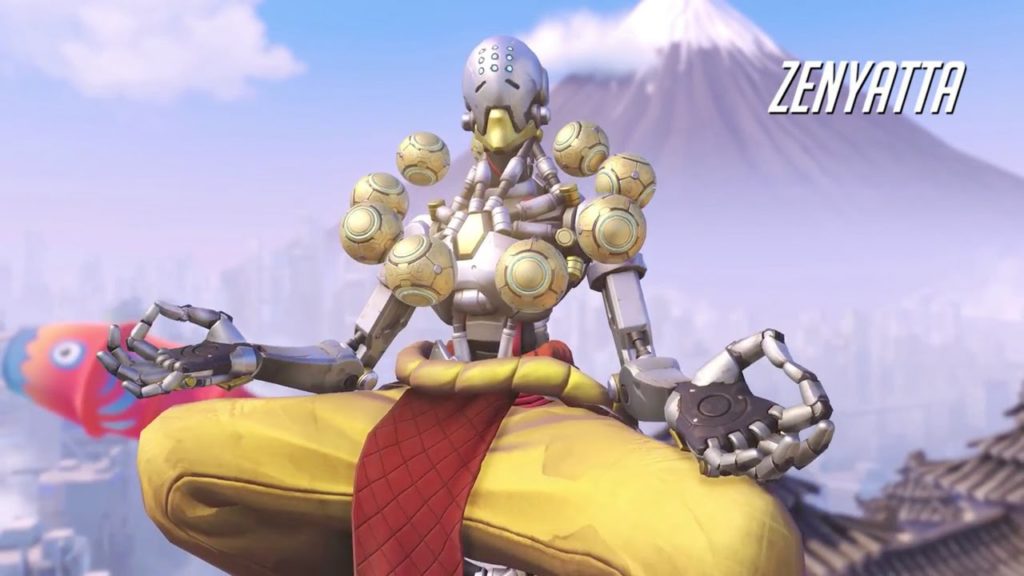 Though Ana is the most difficult support hero to play, Zenyatta definitely has the hardest learning curve of all of the heroes that can heal their team. Unlike most other heroes in Overwatch, pointing and shooting with Zenyatta does very little damage, which means you need to charge your orbs before you launch them across the map to do any harm.

Not only that, but you can also heal with your Orb of Harmony, or switch to the Orb of Discord to cause the enemy team some issues. Then, there’s Transcendence, which seems to do almost nothing at first, until you realize you’re actually healing all of your nearby team members. 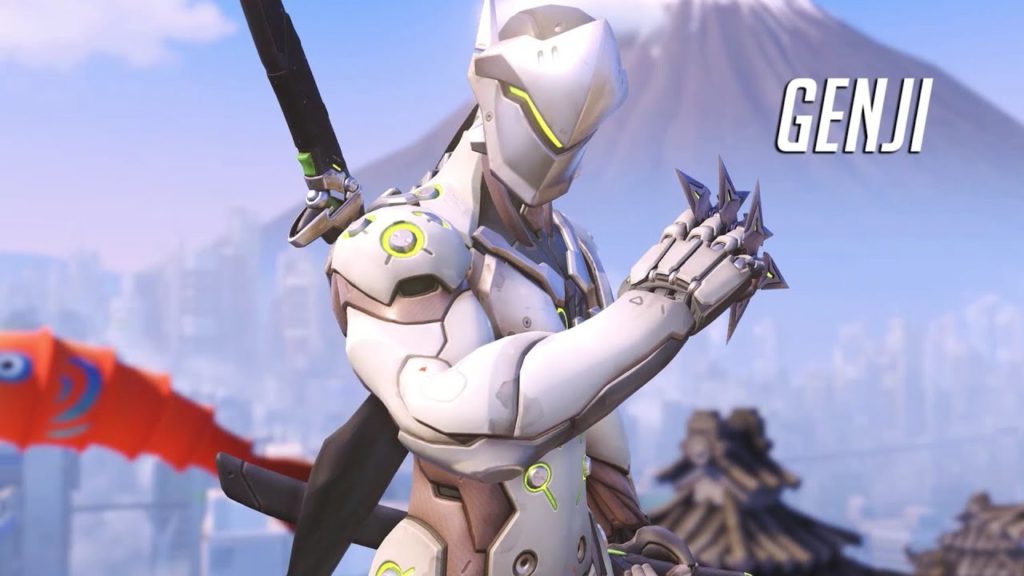 Genji mains can completely carry matches if they’re good enough. Genji is fast, agile, and his sword can cut through armor just as well as it can fell people. Every element of Genji’s skills requires so much skill to play that many people agree that he is the hardest hero available in the Overwatch roster.

You can jump, climb walls, throw shuriken, and even deflect bullets. Make one mistake, though, and you’ll be taken out faster than you can say any of Genji’s cliché voice lines. 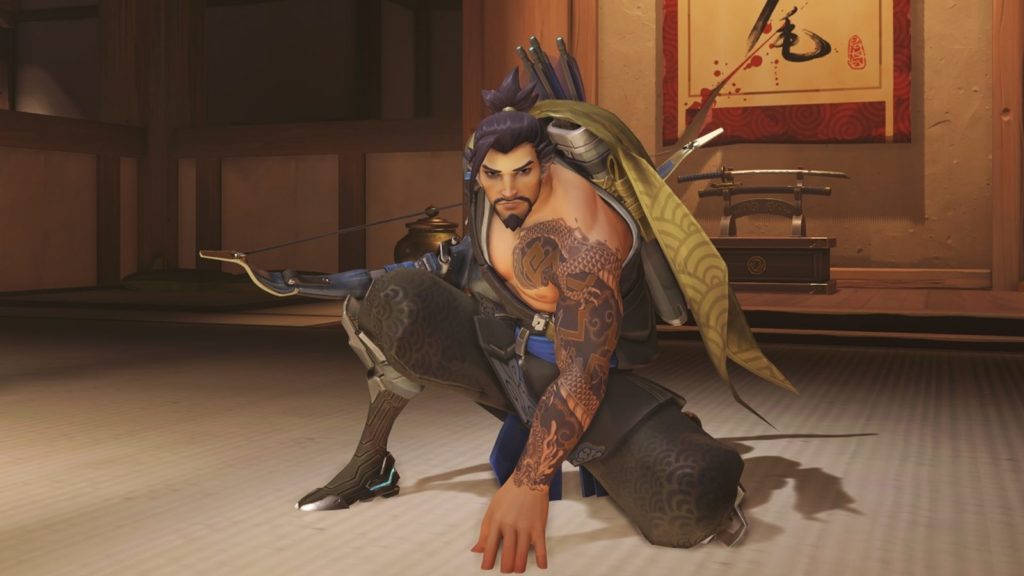 Like Genji, Hanzo also requires a lot of precision to play. Now that the scatter arrow has been removed from the game, all you can rely on as a Hanzo player is simple arrows that pack a punch. You’ll need to use your bow and its sonic arrows (that aren’t sonic and don’t do anything special) to try and shoot your enemies in the head enough to get your ultimate.

Once you have your ultimate, feel free to stand behind all of the enemy team and launch your spirit dragons directly into all of them. No one ever expects an attack from behind. 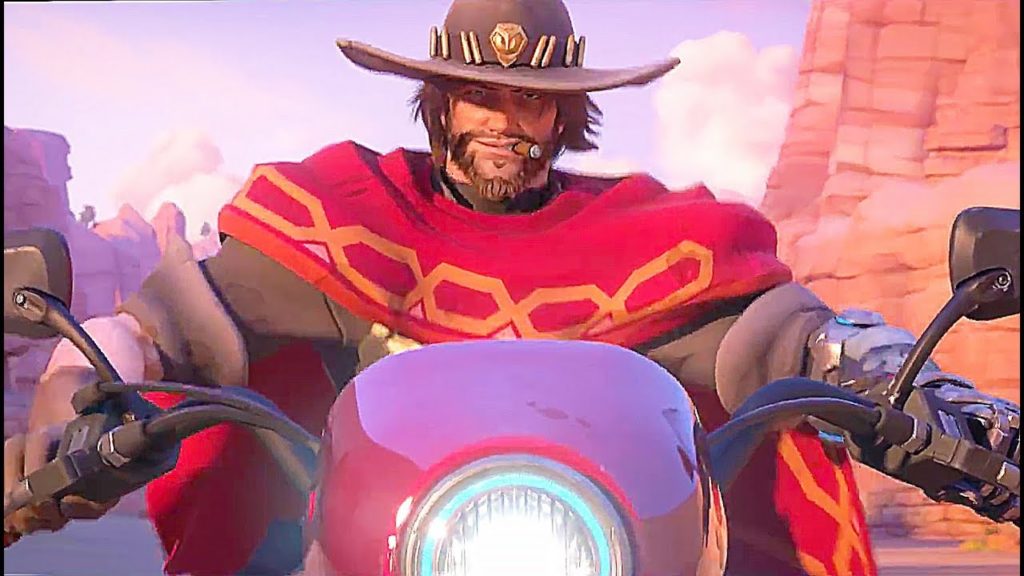 McCree is perhaps one of the few Overwatch heroes that doesn’t have more than one special ability. His fan fire ability isn’t exactly special, even if you can do a lot of damage with it. You’re still shooting with a six-shot revolver and nothing else. Thankfully, you can reload by doing anything from pressing reload to doing a somersault.

Now, McCree’s ultimate requires some ability to not suck at the game. Practice in the range and in Quick Play a few times before you even touch the queue button for competition matches. McCree’s Deadeye can be a game changer, killing every hero with a well-placed head shot if you can aim well enough. 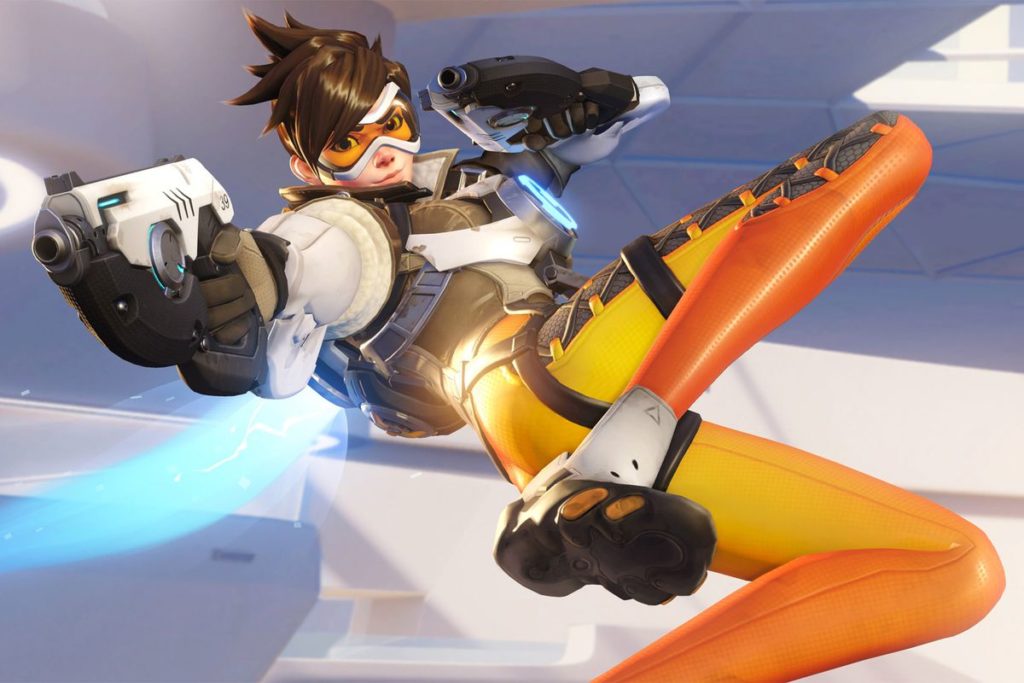 Why you would inflict this hero on yourself, we don’t know, but Tracer is one of the hardest and most annoying Overwatch characters to master. She may have an extensive skill set, but she also has one of the lowest HP pools of the game; probably because she wouldn’t exist in the present moment without the technology lodged in her chest.

Tracer requires a skilled player with amazing reflexes and fast thinking for them to get anywhere with her. But once you do get the hang of her, enjoy dancing around the enemy team until they’re screaming at you in the chat box.

Sombra is easy to kill if you can catch her, so you’ll always need to be on the move if you want to use her skills in a way that’s even remotely helpful to your team. Sombra players should be stealthy, fast, and a little conniving.

Sneak around to the back of the enemy team, shoot up their weaker players, use your abilities to go invisible, and run. That’s the basis of her skills, at least. In reality, it’s a lot harder. Your invisibility skill doesn’t last as long as you want, and even if you do manage to hack someone, you’ve made yourself a target. 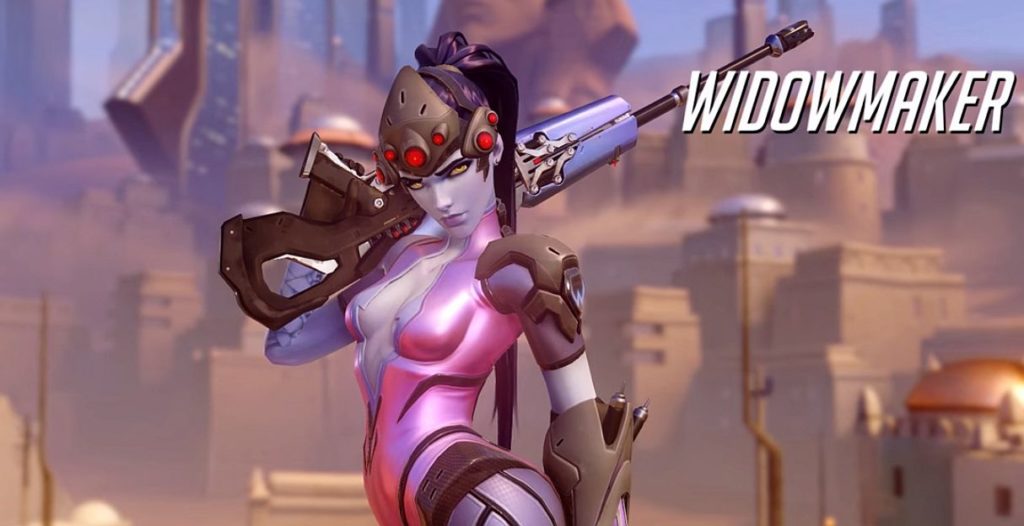 Widow mains may seem to be everywhere when you’re trying to play, but have you ever tried to master a sniper without cheating? Widowmaker has very little skills when you look at her abilities. Essentially, she can shoot using her sniper rifle, she can set off a poison bomb, and she can grapple across the map.

That’s it. So, if you’re going to play Widowmaker without any aim adjustments, then you better have amazing eyesight and a sneaky disposition. Because if an enemy finds you, you’re dead in a minute at most. 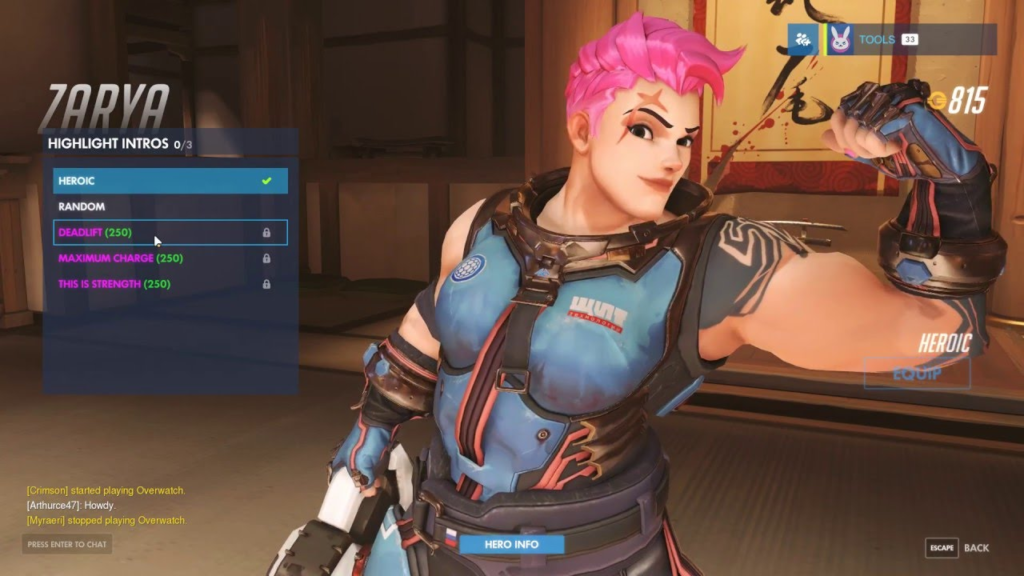 Zarya is the kind of character that new players click on and wonder what in the world her abilities actually are and how she does any damage. Her cannon takes a lot of getting used to, especially the range beam part of it, and her barriers are confusing.

Practice, practice, and more practice. That is our advice for any player who’s looking at Zarya and wondering whether or not the headache is worth it. 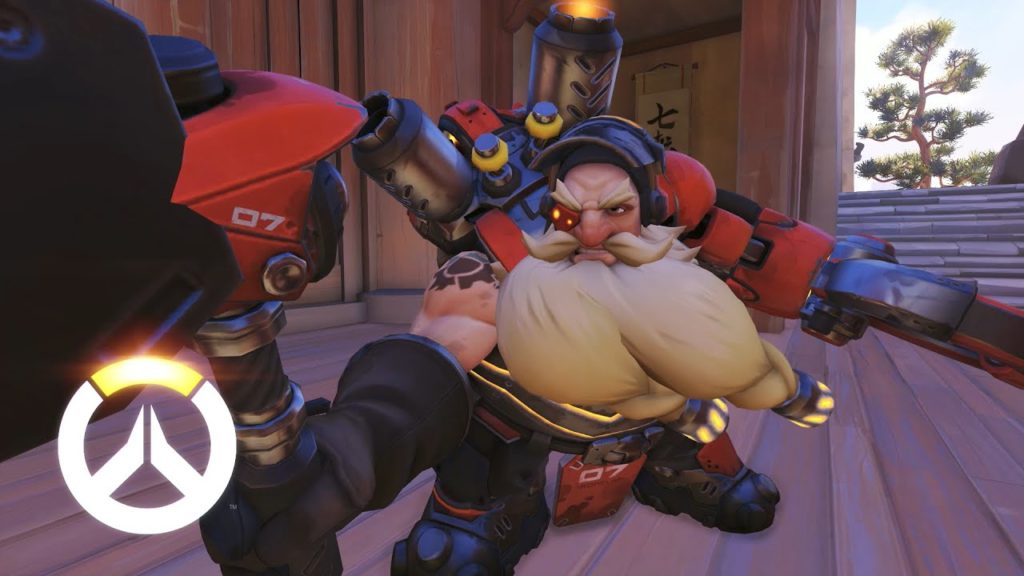 And we have Torbjorn, who has been rewritten so many times and with such variation that any player new to this character will have no idea what’s going on. He used to be so much easier to play; simply set up a turret, keep it going, and watch it do the work for you.

Now he has lava, for some bizarre reason, and his turret is so easy to break that it isn’t funny. Good luck, anyway.

Top 18 Best Minecraft Skins You Can Get Right Now [ ]

[…] a new Overwatch character inspires it, there is a lot of chance that Overwatch fans that play Minecraft will be very eager to […]