Although anime is more of a Japanese term, other places in the world can make anime—really fantastic anime at that! One of them is China!

Here are some of the best Chinese anime that new and old fans of anime can easily get into and appreciate anime from other parts of the world. Who knows, your favorite anime might be a Chinese one!

15. A Mortal’s Journey: The Beginning 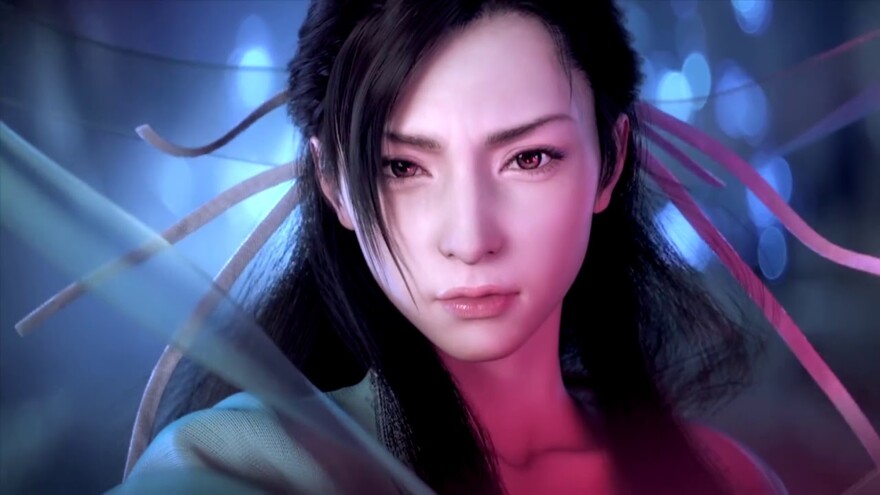 Han Li was born a commoner and lived a deprived and ordinary life, and that’s all he thought he was ever going to be. Everything changes for Han Li one day when he becomes an Unofficial Disciple.

Fighting against demons and celestial beings, the once ordinary commoner Han Li is determined to travel down his own path to become an immortal. 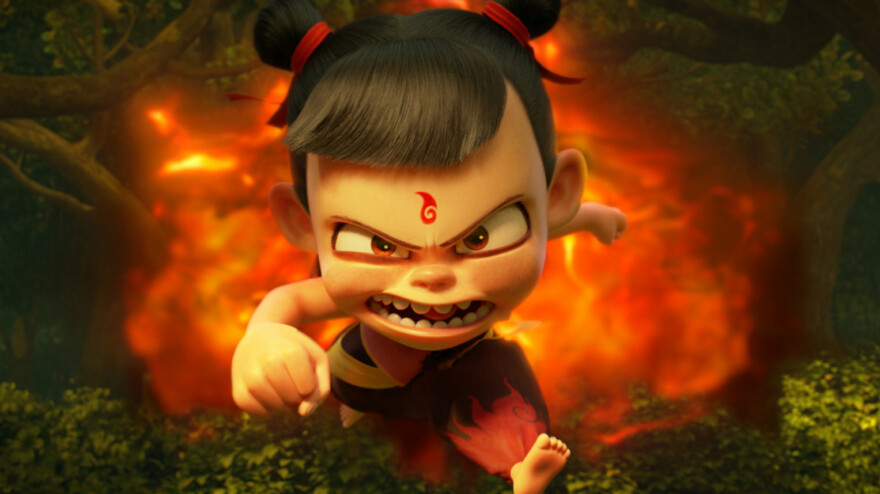 The Chaos Pearl is a powerful object that the Lord of Heaven decides to break it in half—the Spirit Pearl and the Demon Orb.

The Lord sends the Spirit Pearl to Earth, where it is meant to be reincarnated within a human boy named Ne Zha, and the Demon Orb is meant to be destroyed.

All the Lord’s plans are ruined by the Dragon King who steals the Spirit Pearl for his son to possess and Ne Zha ends up getting reincarnated with the Demon Orb instead.

To protect Ne Zha, he is raised to believe that he is destined to become a demon hunter, and he becomes determined to fight against his chaotic and destructive nature due to the Demon Orb. 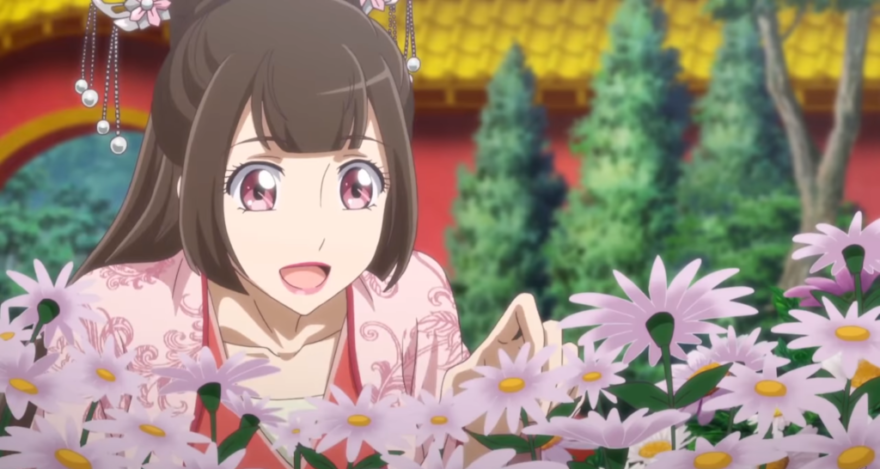 Because of her strange powers, Qian Yun Xi was kept a secret from the world by her family. But she doesn’t mind, she is living a content life up in the mountains where she can be her free and wild self.

This time can’t last forever—especially when her father drags her out of hiding and tells her that she must replace her younger sister and marry Ye Youming by order of the emperor!

Now, Yun Xi is meant to play the part of her sister and wife to Youming. Her new husband doesn’t make the situation any better by acting cold and rude to her, banishing her from his palace, and refusing to acknowledge her as his wife.

The emperor picked a good one. You might need a marriage counselor, Yun Xi! 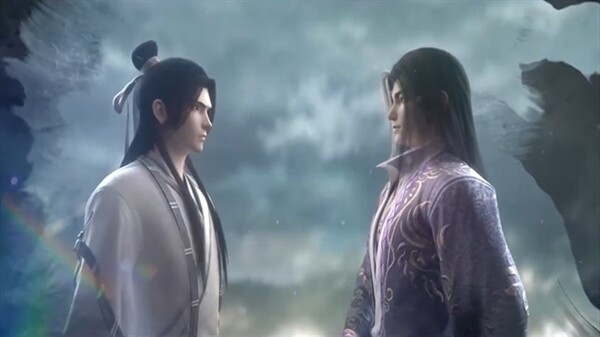 Yan Wushi has never had any faith in humanity. He has seen far too much blood and death and doesn’t believe kind and selfless people actually exist. Then Yan Wushi meets Shen Qiao.

Yan Wushi was happened to pass by when he finds Shen Qiao injured himself from falling off a cliff. On the verge of death, Yan Wushi wonders who can stay eternal after thousands of autumns. 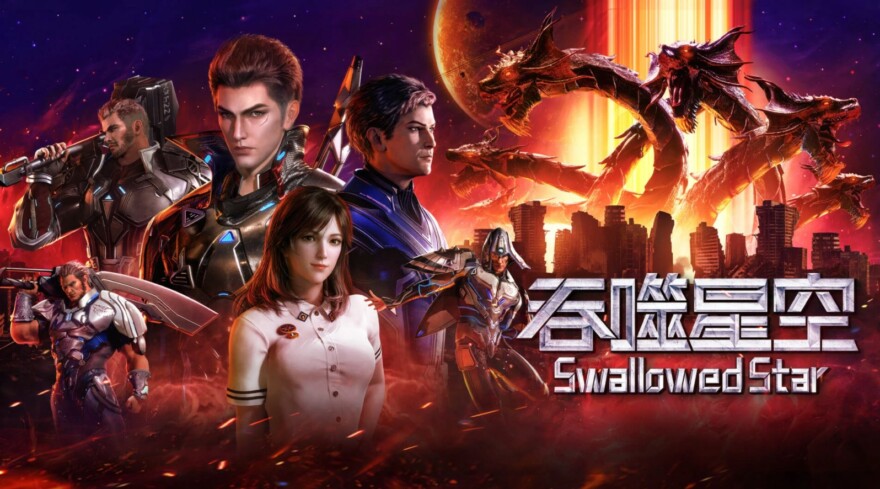 An unknown virus transforms the world, turning animals into monsters, leaving humanity on the verge of extinction. To protect themselves, humans cower away and hide inside behind walls.

Throughout the destruction of the world, humans have become stronger and evolved—turning the best of the best into warriors. 18-year-old Luo Feng doesn’t have much but wants to be a warrior more than anything.

He finally gets the chance to join forces with other warriors to fight monster and protect his family and the rest of humanity. Will Luo Feng win or will getting attacked by a monster doom them all? 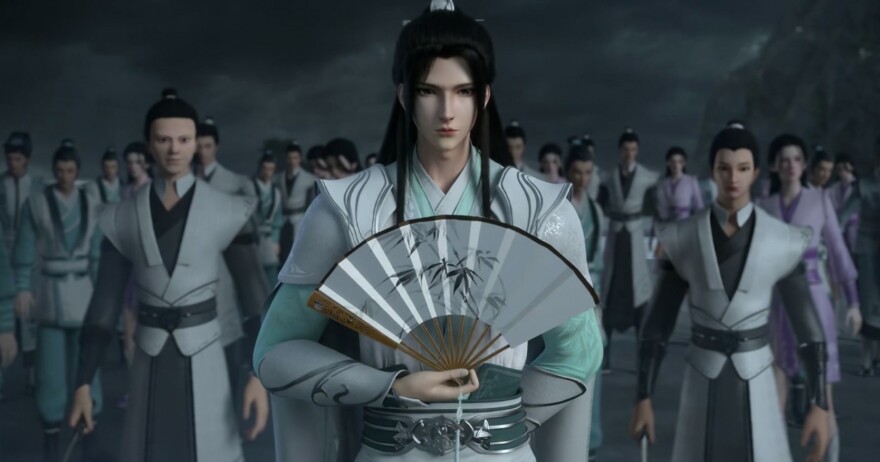 Shen Yuan reads xianxia novels—too many. Enough to know how the main protagonist will turn out: go down the dark path, take revenge on scumbag master, and get a harem!

When Shen Yuan is suddenly reincarnated into another world, he knows the story and how it will end. Unfortunately, Shen Yuan isn’t the main protagonist—he’s Shen Qingqiu, the scumbag master fated to receive retribution at the hands of his student! Oh no.

Despite how things are destined to play out, Shen Qingqiu is determined to change his fate and be humiliated by Luo Binghe, his student and the novel’s protagonist.

Shen Qingqiu is fighting against the monitoring system that keep him from changing the story, but he is still determined to befriend Luo Binghe and stop him from taking revenge on him in the future. 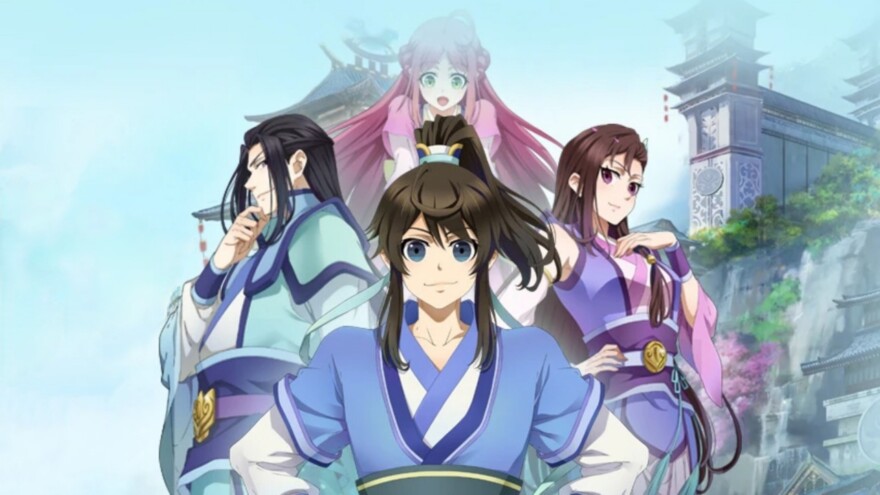 Bai Xiaochun is a young yet cowardly man who loves his family but fears death and desires to become immortal.

Meeting and forming bonds with others. Will strong enough to create oceans, mulberry fields, and slaughter devils will help Bai Xiaochun grow a strong and eternal will! 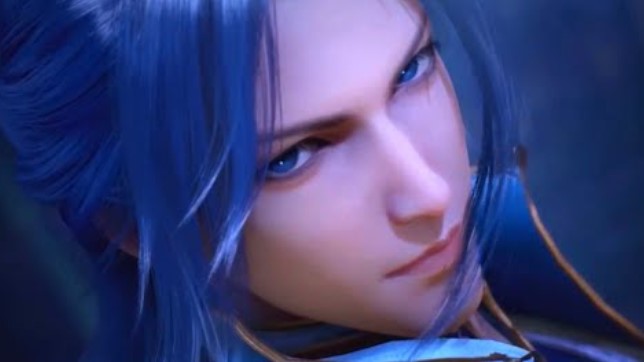 Tang San is a member of a powerful martial art clan that has the unique ability to use hidden weapons. The elders believe Tang San will have a bright future, but he decides to show it all away to gain a forbidden lore that is punishable by death.

Tang San isn’t worried about that, he got the knowledge he desired and jumps into Hell’s Peak to end it all—little does he know it’s only the beginning!

Tang San is reincarnated into a world with the memories of his past life intact. In this world, people can be born with spirits that give them unique strength and can become Spirit Master.

In this new world, Tang San is a blacksmith’s son and, at age six, ends up in a Spirit Master ceremony where he learns that his spirit is Blue Silver Grass—the most useless spirit in the world! Great… 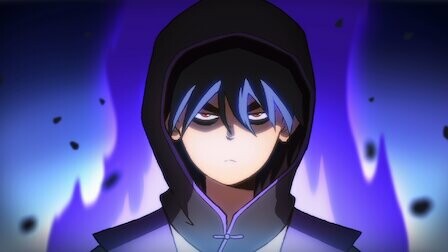 On the outside looking in, Wu Liuqi looks like an intimidating bounty hunter with powerful telekinetic scissors. However, Wu Liuqi suffers from amnesia and a horrible at his job!

He always messes up his assassinations and targets the wrong people, and knows that his heart can’t handle taking a life and isn’t meant to be a bounty hunter.

Taking on a day job as a hairdresser, Wu Liuqi is determined to regain his lost memories and might be closer than he thinks in recovering his unknown past. 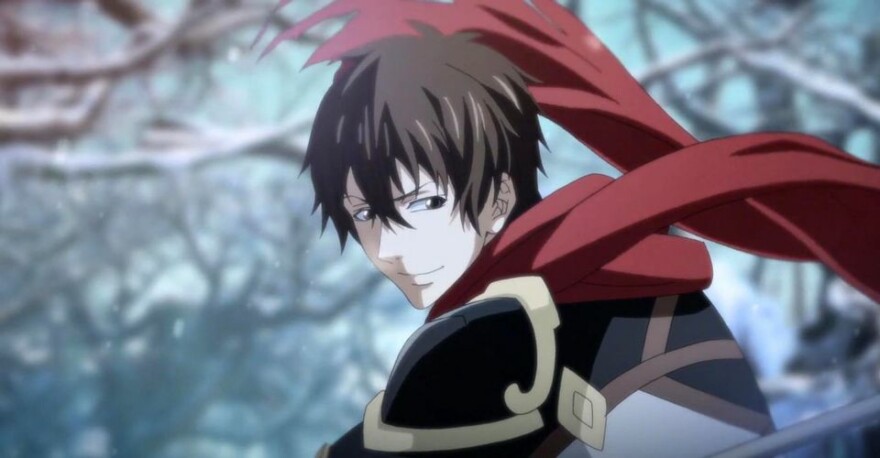 Ye Xiu is the “Battle God” in the world of professional games, especially with the online multiplayer game Glory.

However, when his team decides to retire, Ye Xiu wounds up working at a nearby internet café where he becomes absorbed in Glory’s name game as a new character named Lord Grim.

His new character starts to get the attention of many players and big guilds and wonder about Lord Grim’s identity.

Despite having years of skill and knowledge of the game, starting over new and all of the changes, Ye Xiu and his new talented teammates let him fall in love with gaming and Glory all over again! 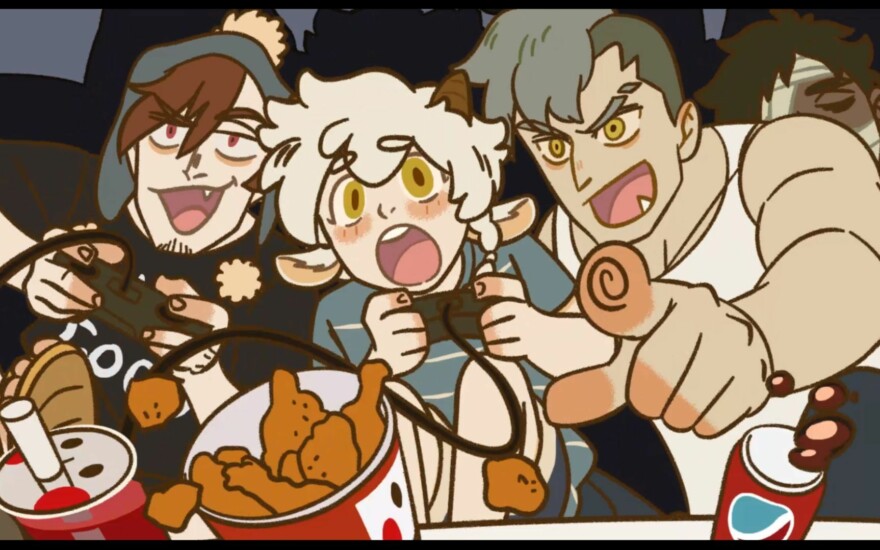 Demons, angels, and other supernatural creatures coexist with humans and try to maintain peace.

Neil Bowman is one of the demons living among humans who are fascinated by their culture and, despite being a demon, doesn’t have a single evil bone in his body, so he decides to run away from Hell to live solely on Earth.

Neil moves in with his online friends to experience living with humans. It turns out all of his new roommates aren’t human at all! There’s a vampire, angel, a mummy, and a werewolf!

None of them, not even Neil, knows that he harbors the power of the Demon King! With all these different creatures and quirks, how will they all be able to live under the same roof at the residents of Apartment 1031 on All Saints Street?

4. The Legend of Hei 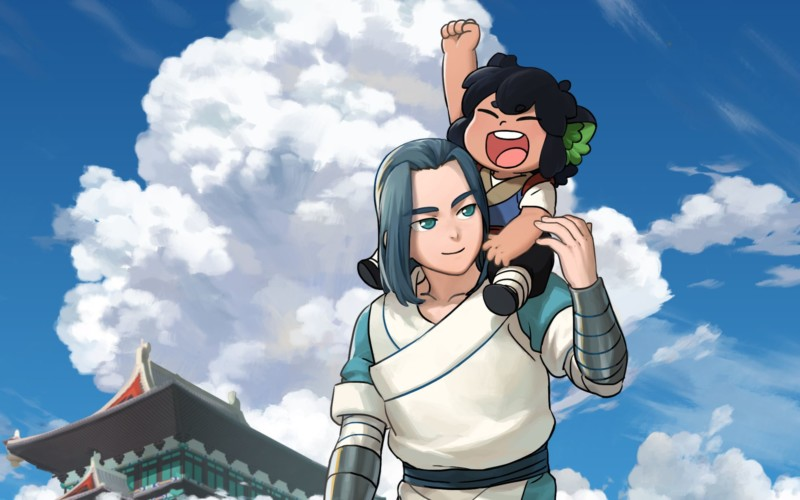 Luo Xiaohei has the ability to take the form of a black cat. With this ability, he has a strong sense of freedom and living in forests. However, as humans keep tearing down trees, Luo Xiaohei has to keep running away to find a new home.

Luo Xiaohei ends up wandering the city streets in search of a new place to stay and ends up meeting Feng Xi, a monster like him who takes Luo Xiaohei to an island full of other monsters!

Luo Xiaohei is excited about this new home with new friends, but it gets ruined by a human named Wuxian who is in pursuit of Feng Xi.

Everyone manages to escape except for Luo Xiaohei, who is now stuck on this island with Wuxian!

Luo Xiaohei refuses to work together with Wuxian, the two nevertheless end up on a journey that will show them both the different sides of humans, monsters, and their world. 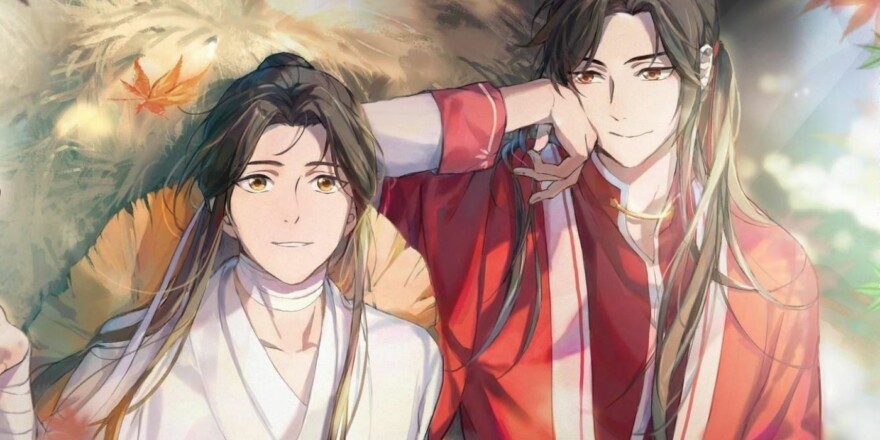 800-years-ago, Xie Lian was a martial god beloved by all for his kindness and merciful smile. Now, he is back to the heavenly realm but has to start over again as a god without any followers to help and guide.

On his first night, Xie Lian meets a man dressed in red and a gentle smile within a forest who suddenly disappears in a storm of silver-colored butterflies.

Xie Lian is able to learn the man is a Ghost King named Hua Cheng that even demons and gods are afraid of!

Before Xie Lian can learn more about Hua Cheng, he meets San Lang, who possesses vast knowledge, but no memory of his life or past. Xie Lian is there for San Lang to help him uncover his forgotten past and hopefully cross paths with Hua Cheng again.

Wei Wuxian touched the forbidden demonic path and became chaotic and powerful, but the cultivation clans manage to overpower him, and he meets his end at the hands of his closest ally.

13-years-later, Wei Wuxian is reincarnated and reunites with his former classmate, Lan Wangii.

Together, the two of them will uncover the mysteries of the spiritual world, fight demons and ghosts, and form an unbreakable bond along the way! 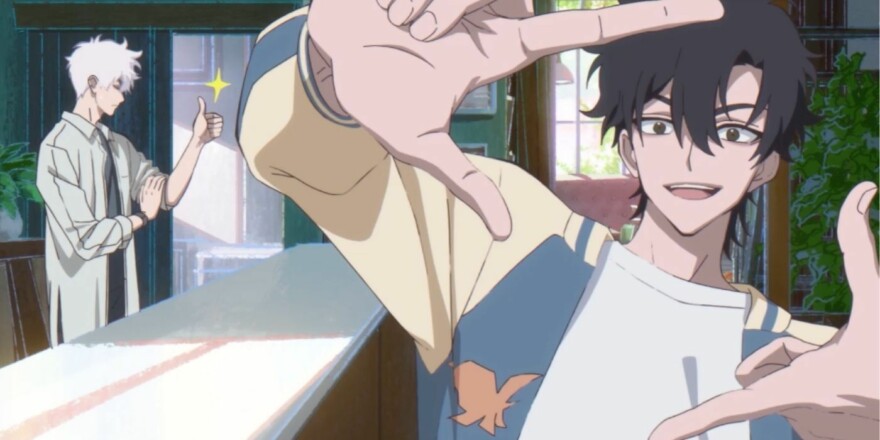 At an overlooked photography shop called the Time Photo Studio, coworkers Cheng Xiaoshi and Lu Guang use their superpowers to enter clients’ photos!

With each new job come new challenges and dangers as they travel through their customers’ pictures and memories that make it all worthwhile!