Catching fish in Animal Crossing is cool, but you know what’s cooler? Catching a Shark!

Sharks are rare fish in Animal Crossing that you can only find at specific locations and certain seasons of the year. Catching one is definitely a milestone you’d want to achieve, and I’m here to help you with that!

Catch a Shark in Animal Crossing in 4 Steps

If only we could catch fish with our bare hands. But, alas, we cannot punch and grapple our way through this one. What we need is a Fishing Rod.

Early in the game, Tom Nook gives you a recipe for the starter rod.

It’s definitely flimsy and won’t last that long, but it’s easy to craft, and we have to start our shark journey somewhere. 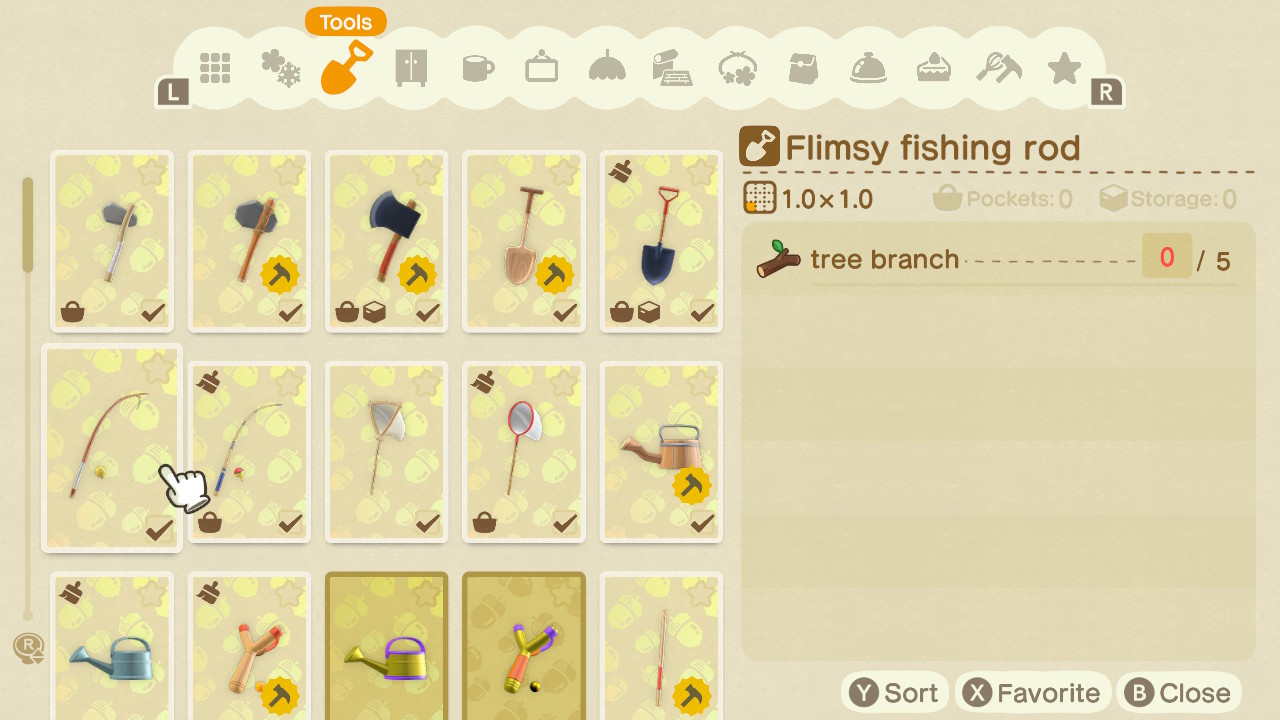 Later on, you can upgrade your Flimsy Fishing Rod into a proper Fishing Rod.

You will need a Flimsy Fishing Rod and one Iron Nugget to craft it. Iron Nuggets come from mining rocks. 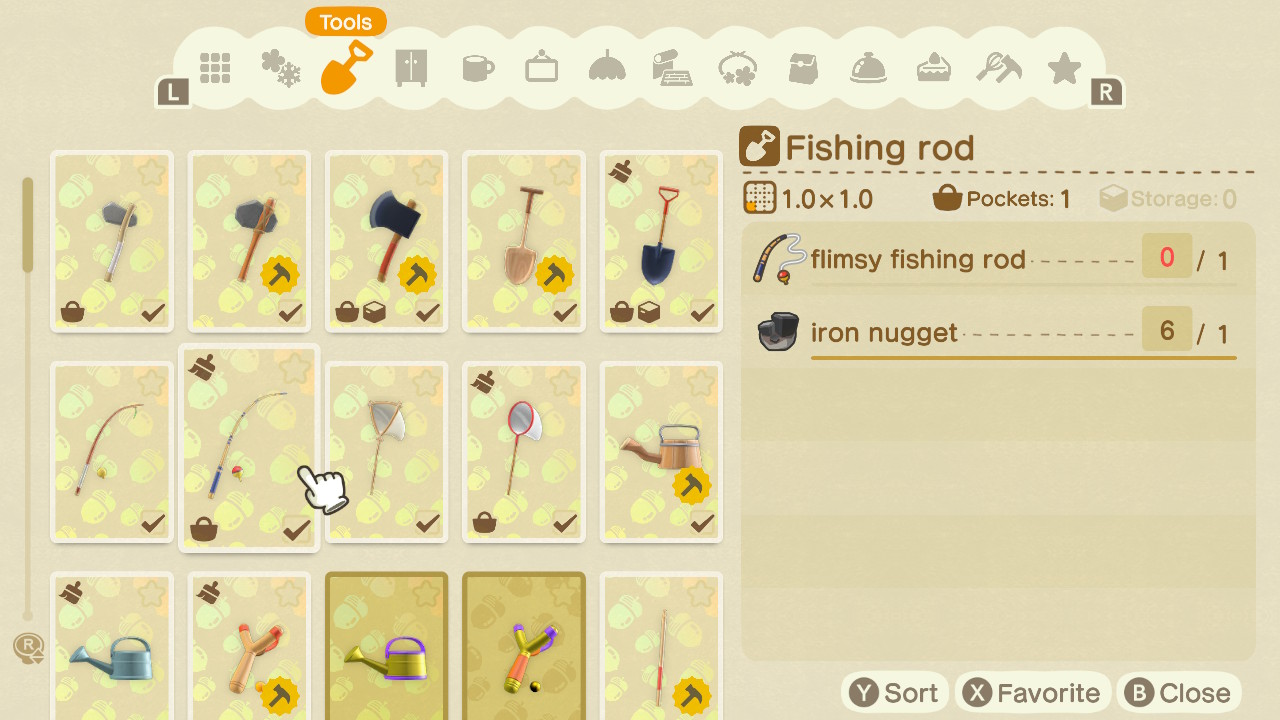 TIP: To get a lot of materials from your rocks, do the Rock Trick! If you consecutively hit your rock eight times, you will get eight materials. Put holes behind you to stop the recoil from pushing you back. This picture will help you position the holes. 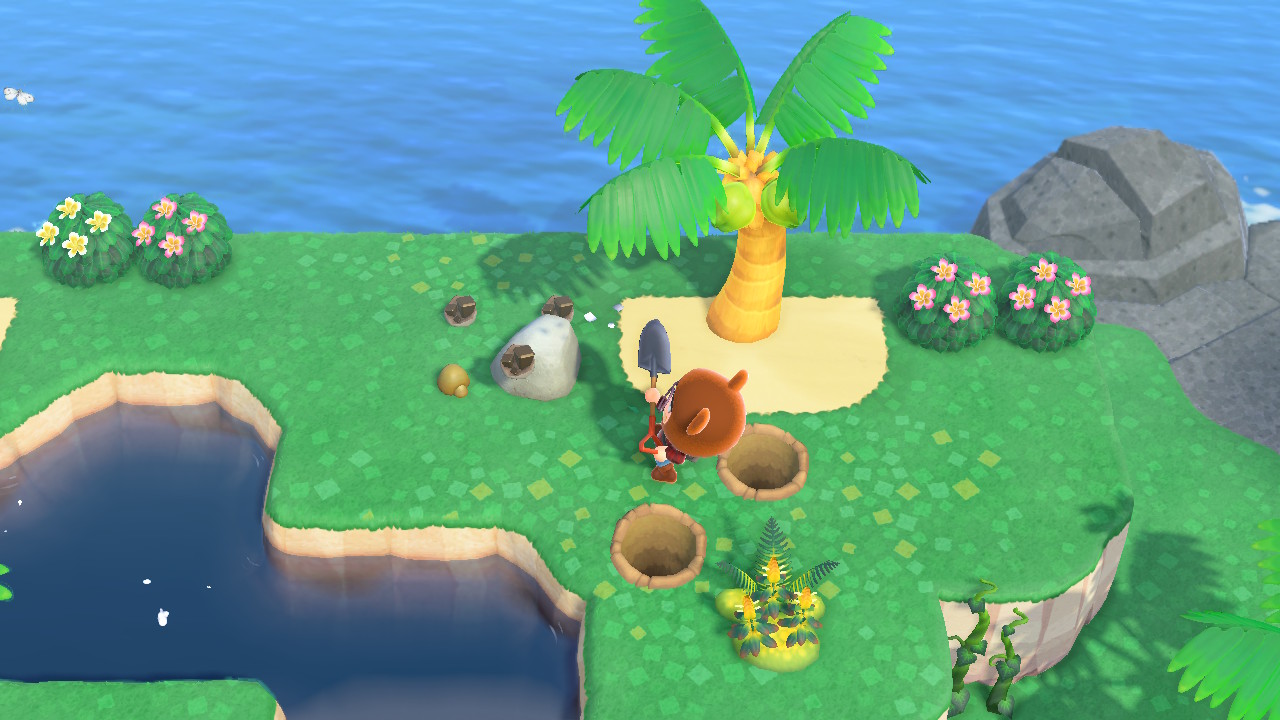 Now that you have your rod take it out by pressing x to open your inventory, pressing ‘a’ on the rod, and selecting ‘hold.’ 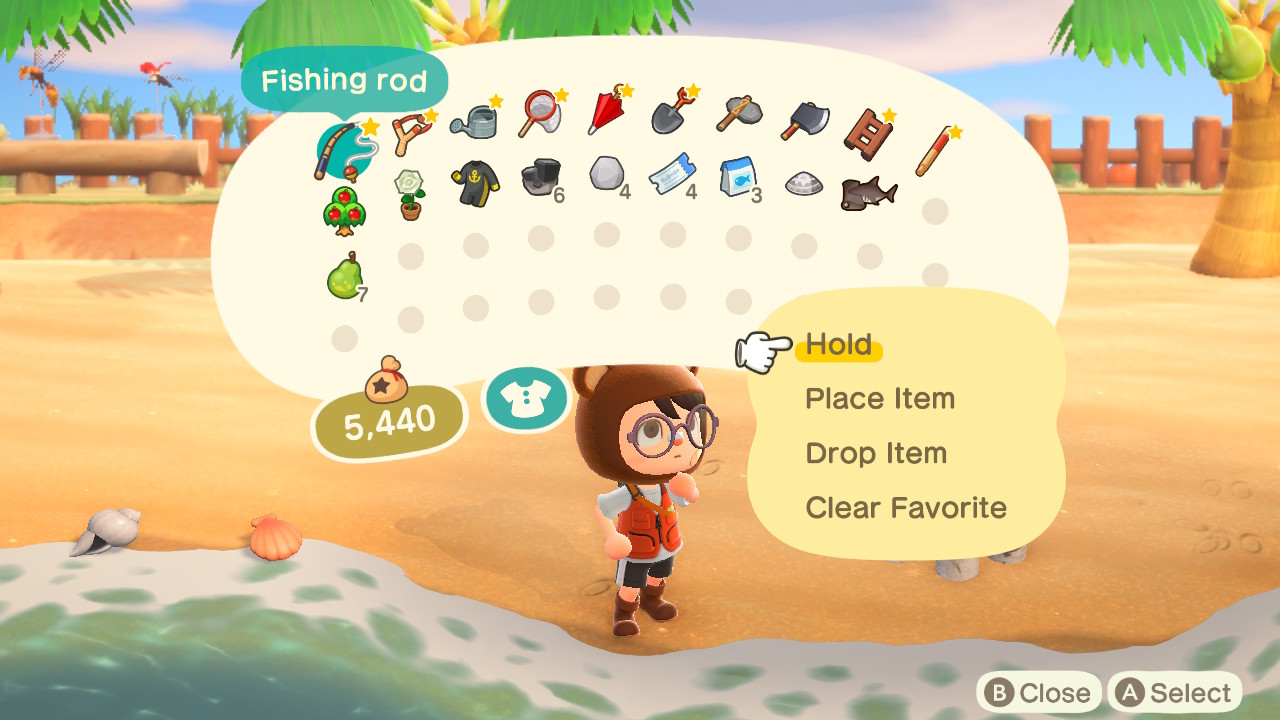 You can’t just fish yet! You have to find out when and where sharks will show up.

Then there’s the Suckerfish, which also has a fin and looks like a shark in the water, but it’s not a shark, and you absolutely get duped upon reeling it in. 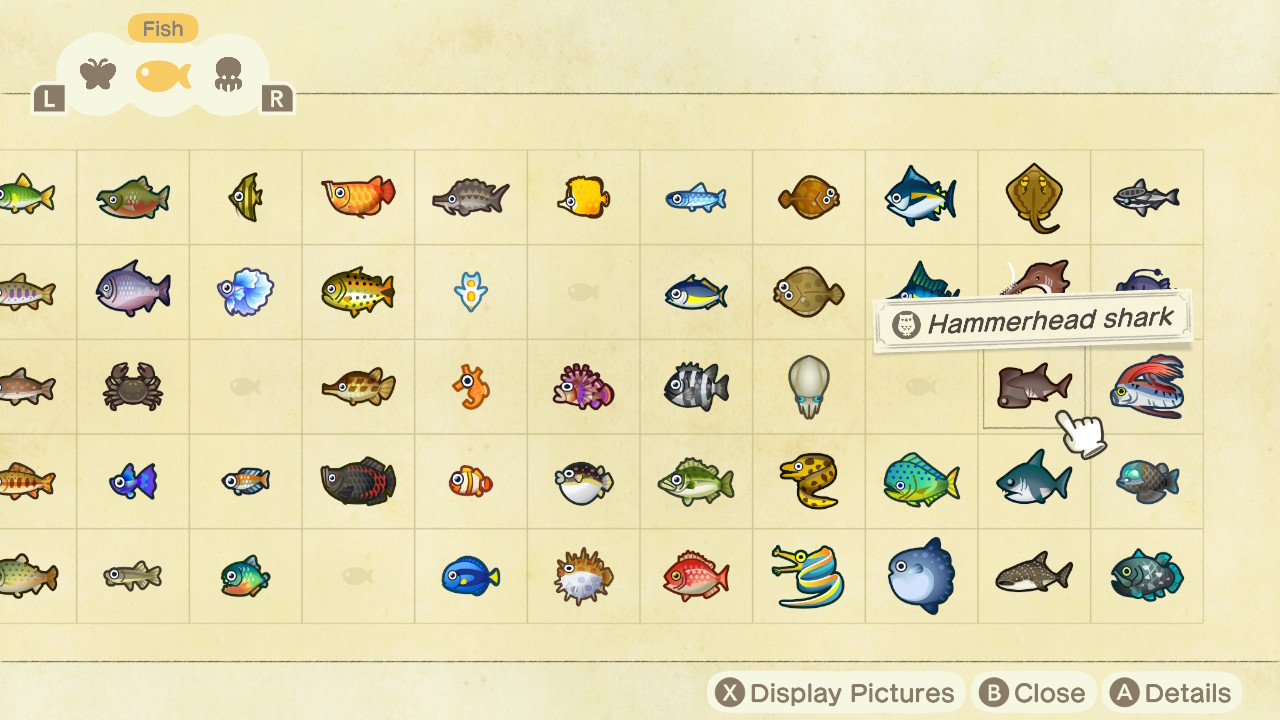 See all that water around your island? That’s where you can find them, of course. You can fish sharks from the sea, but their seasonality is a bit tricky.

Sharks are not available year-round. Here’s a quick schedule for them.

Step 3: Check the Shadows in the Water

Sharks are not like other fish—-they have different shadows in the water. Sharks have fins sticking out from their heads. 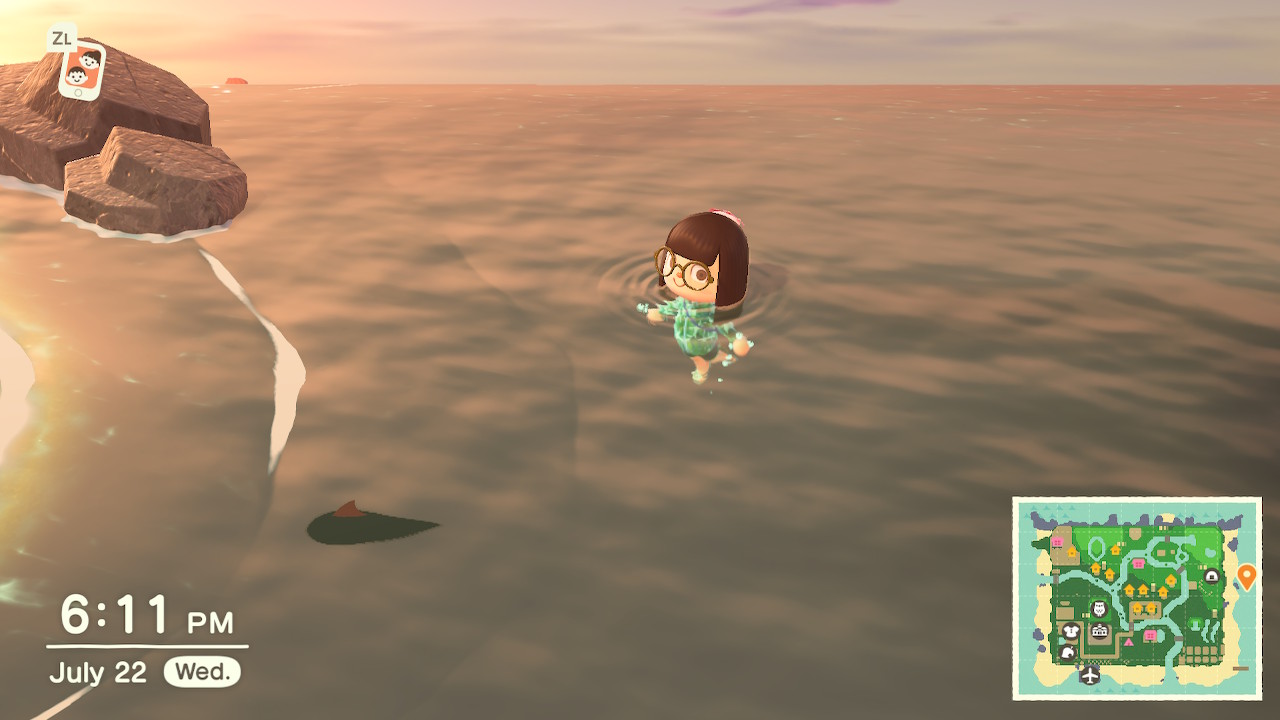 While they are rare fish, this makes it a bit easier to spot and fish them. Their shadows are huge, which will definitely get your attention and make them easier to see.

To fish, take out your rod and press ‘a’ in front of the shadow in the water. The fish will nibble at your hook or bobber, but this isn’t what we want.

Your fishing line should suddenly dip underwater as if the fish is biting and pulling it down. 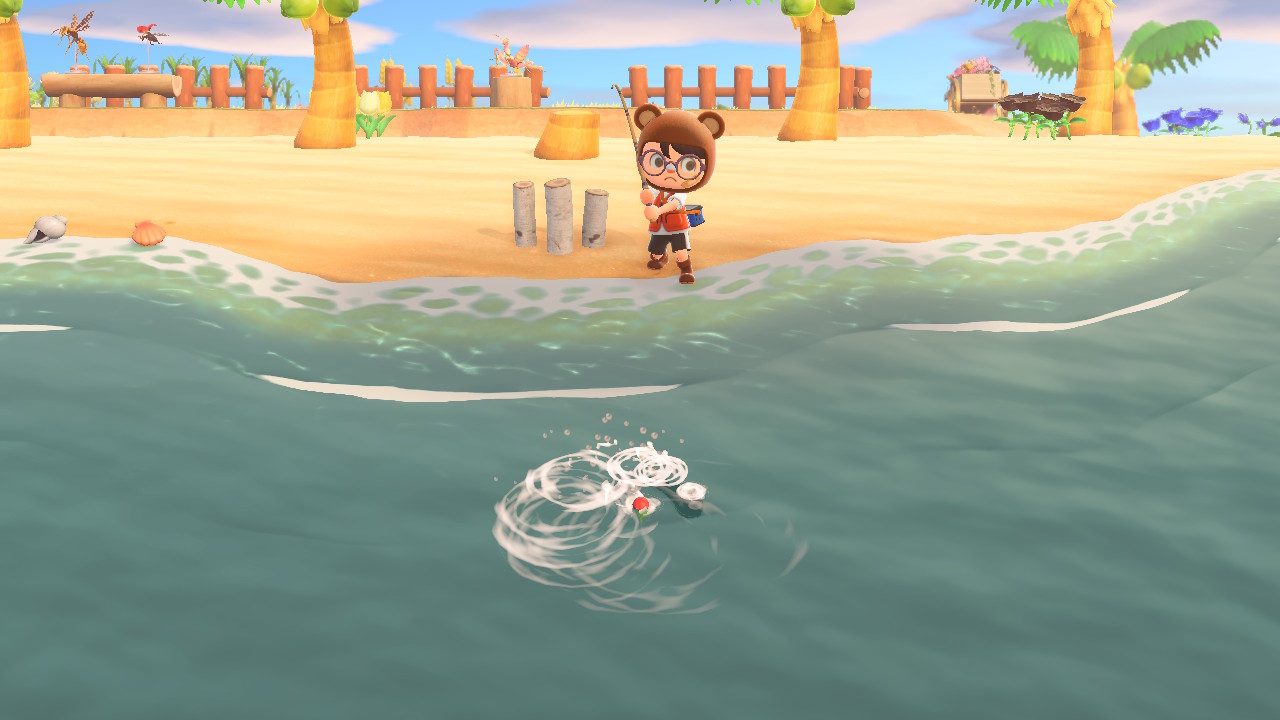 This is when you reel that fish in. Press ‘a’ to reel the fish. If you time it right, you should have a big, mighty shark on your hands! 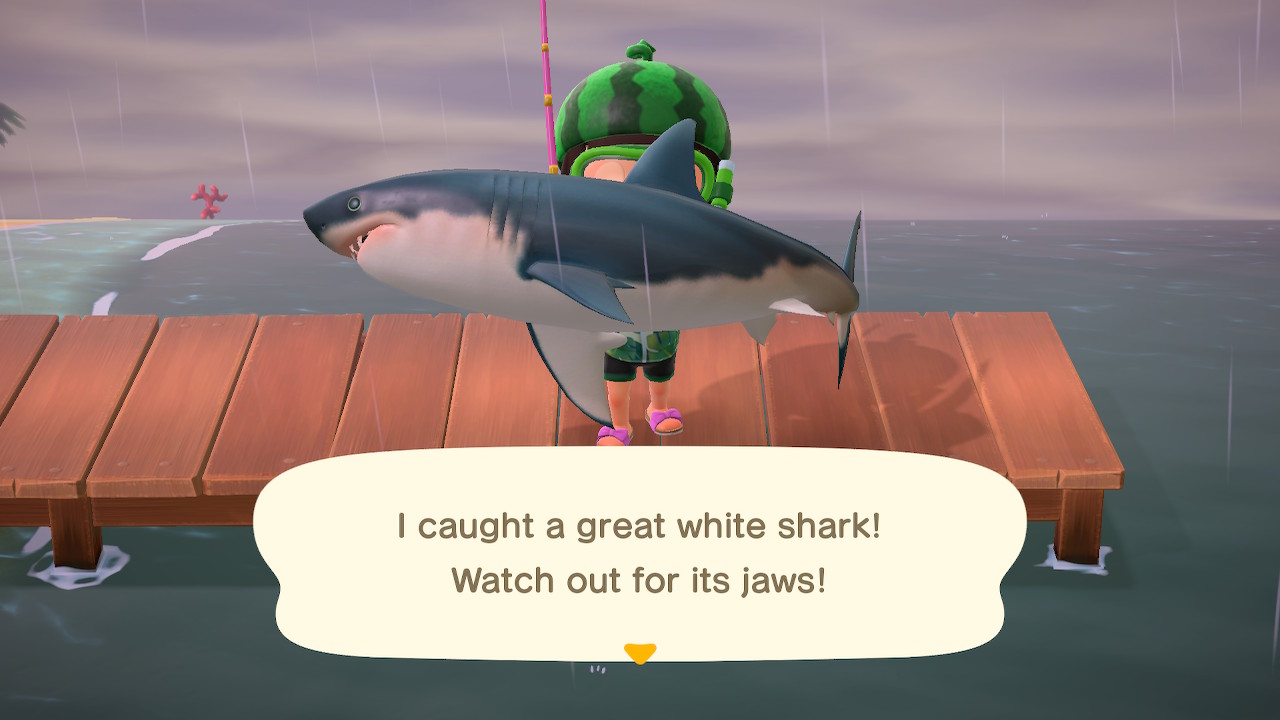 TIP: Fish can immediately bite and pull down your line the first time but can nibble between one to four times, with the fifth time a sure bite.

When you throw bait into the water, it will instantly spawn a random fish.

Instead of running around and waiting for shark shadows to show up, you can craft a lot of bait and constantly chuck it to the water until you get a shark shadow. 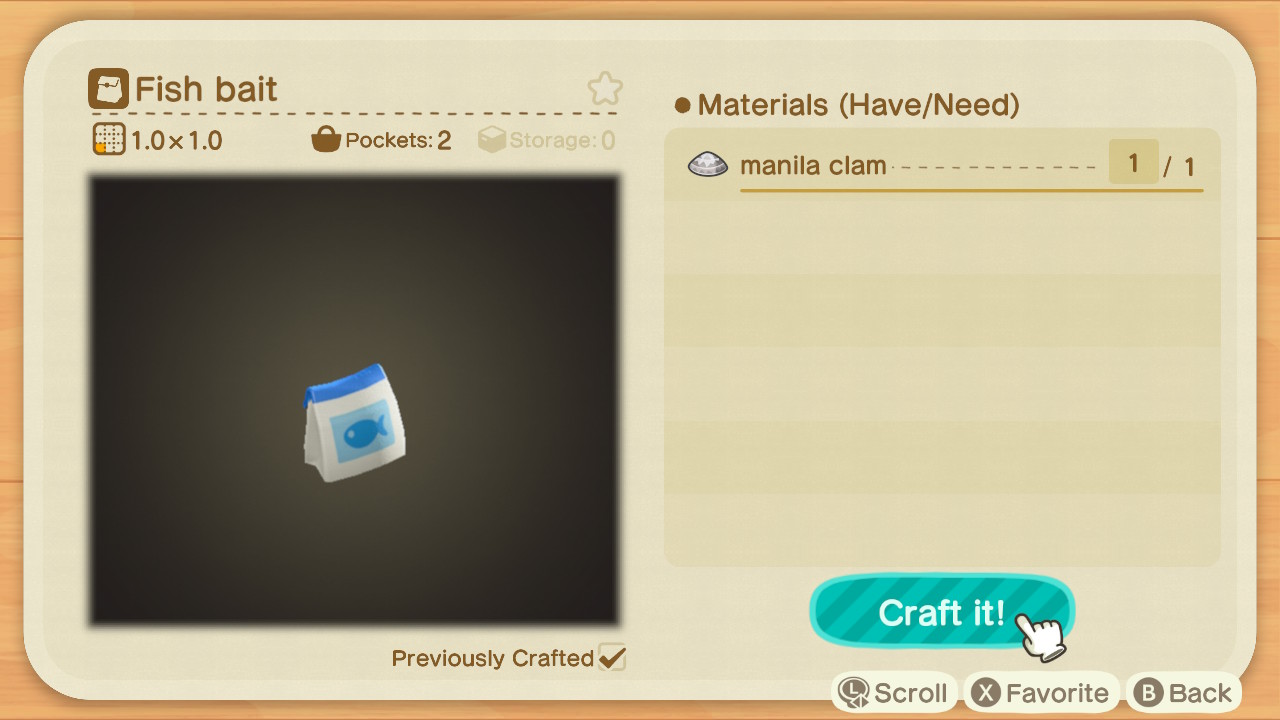 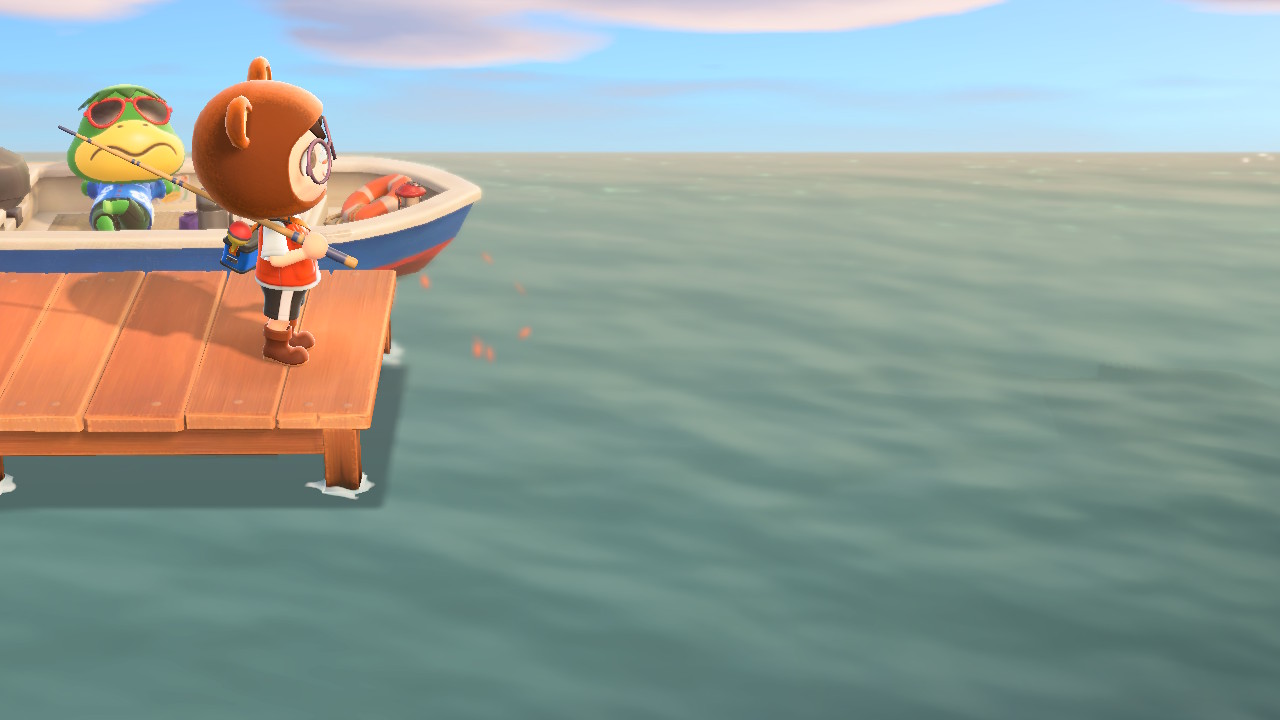 It’s okay to be proud of your catch, and the game even lets you hold the fish in your hands to let others see it.

But a lot of players make the mistake of freeing their fish by picking ‘Release’ instead of ‘Show it off!’ Avoid that mishap, or else it’s bye-bye shark. 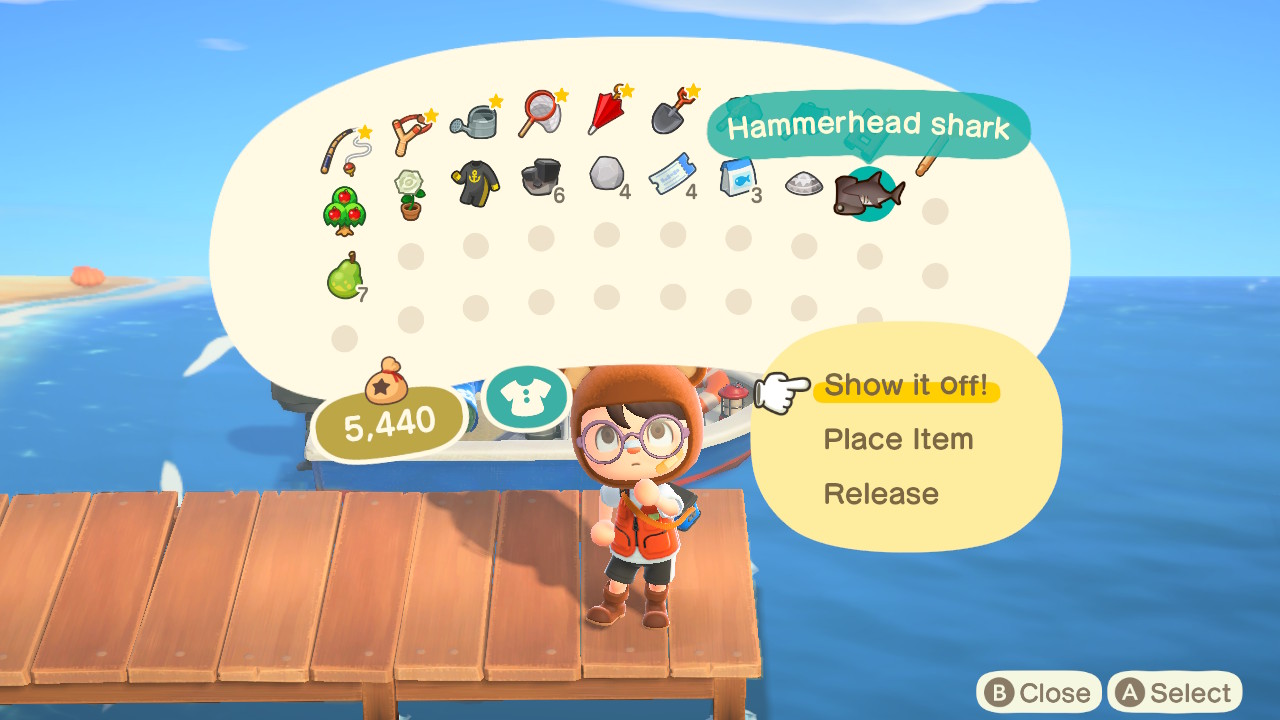 If you want to finish your museum collection, always remember to donate your first catch. You can use your other catches for fish models, displaying, or selling for bells.

There is a Mystery Island that is filled with sharks in the water. It’s not easy to get because Mystery Islands are randomly generated.

If you really want to end up in Shark Island and get all the sharks in the game, keep using Nook Miles Tickets. Don’t forget to bring extra rods! 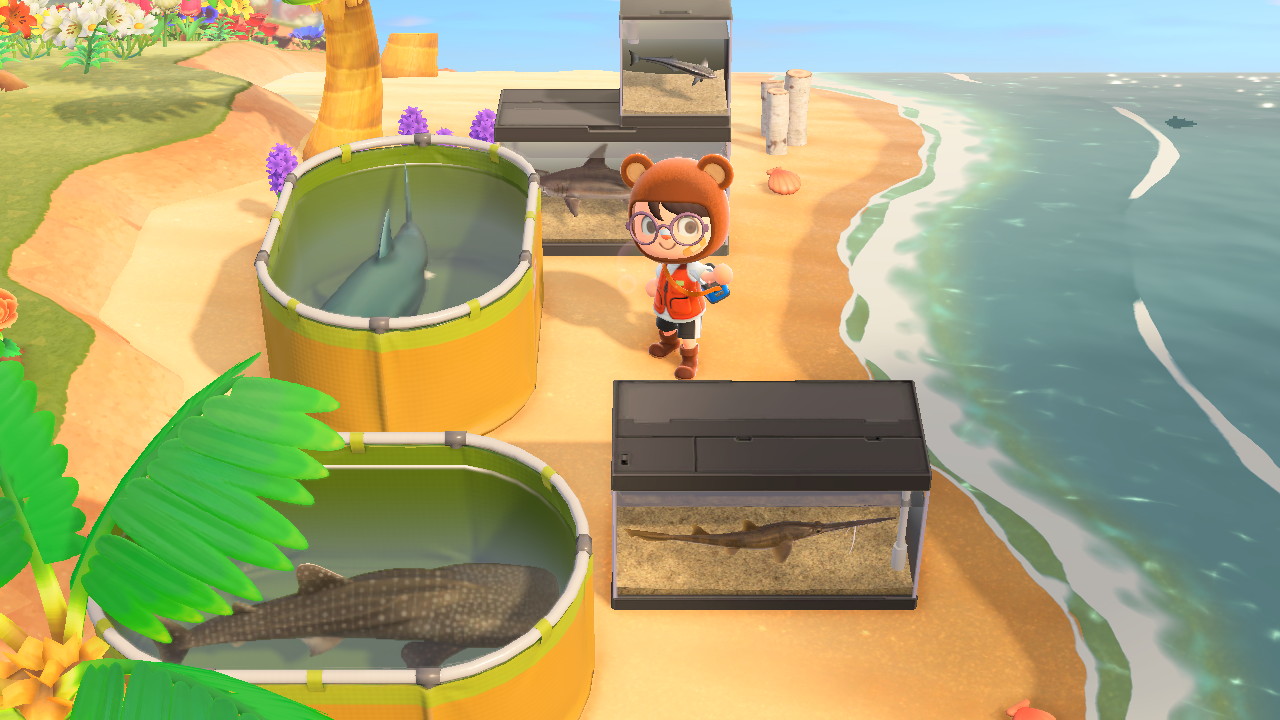 Sharks might be rare, but they’re not impossible to catch. Shark fishing will need some time, careful planning, a handful of patience, and a lot of bait.