The power of friendship is a big thing in anime. Through battle tournaments, power-ups, magic, and punching evil guys in the face, one steadfast thing remains: the bond you have with your companion and partner.

We can learn a thing or two from some of these stories on how to be a good nakama. Here we go over inspiring best friends and duos in anime that show us that true power is friendship. 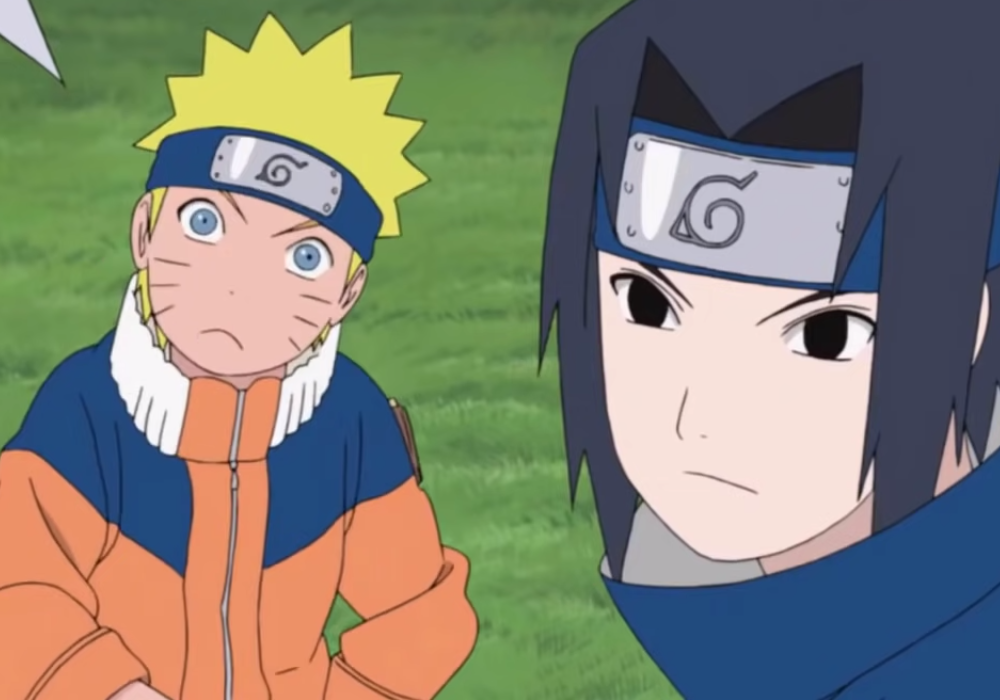 Let’s start this list with one of the most recognizable duos in shounen anime. Naruto and Sasuke’s friendship started with the usual childhood rivalry you find in a lot of anime shows.

Naruto struggled a lot as a kid, both with his skills as a ninja and as an outcast in their society. Meanwhile, Sasuke was gifted, ahead of his class, and quite popular.

These two are definitely night and day, with Naruto beaming positively like the sun and Sasuke battling the dark side inside of him.

But despite their differences and rivalry, a bond was formed, and Naruto relentlessly fought to get his friend back from the darkness, while Sasuke eventually acknowledged Naruto’s steadfast friendship. 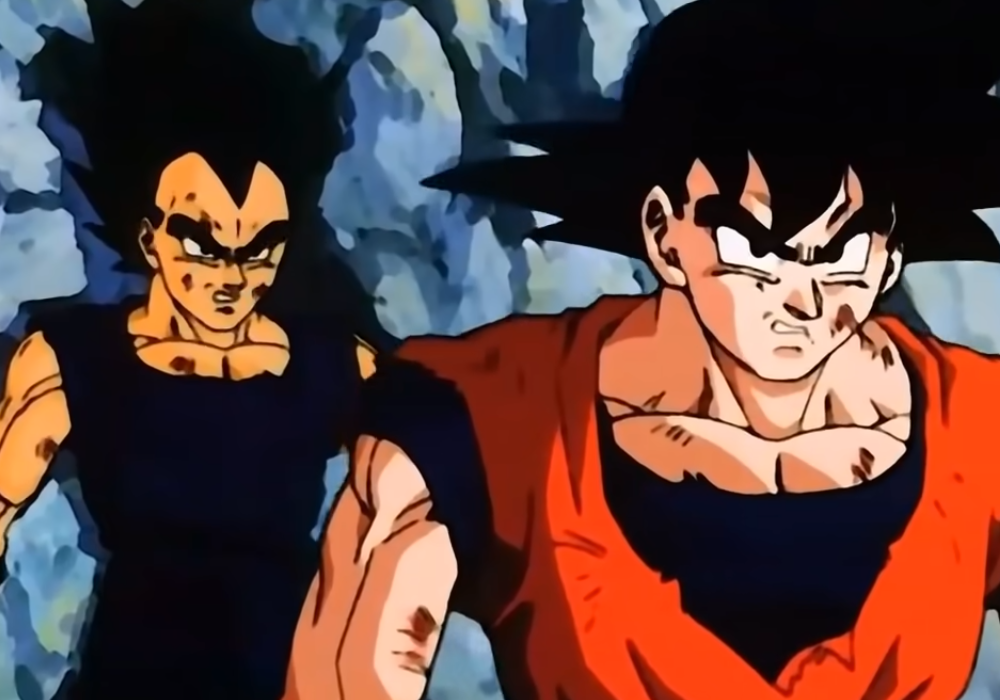 Dragonball Z definitely has its own numerous sets of best friends and duos from its long and successful run as a manga and anime series. However, the most iconic of all is perhaps Goku and Vegeta.

They’re polar opposites, as one is grumpy and had a princely upbringing, and one had to crash in a remote mountain as a baby and became a well-mannered kid after hitting his head.

Thanks to Grandpa Gohan’s upbringing, Goku is always eager to help and protect people. Vegeta, however, took some time to shed his villainous side.

Together, these two would fight and defend the universe from different forces of evil. 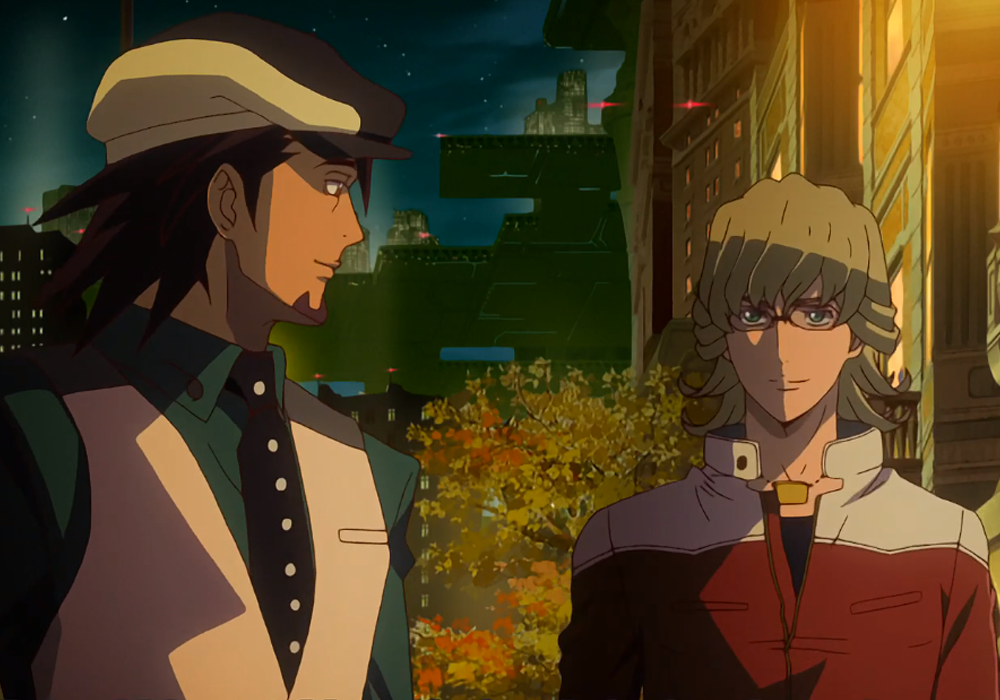 In the world of Tiger and Bunny, superhero work ain’t easy. You have to juggle fighting crime and promoting your sponsors.

In the case of these two, they also have to fight a homicidal vigilante and find the murderer of Barnaby’s parents.

Luckily, these heroes have each other’s backs and remain as allies through thick and thin. 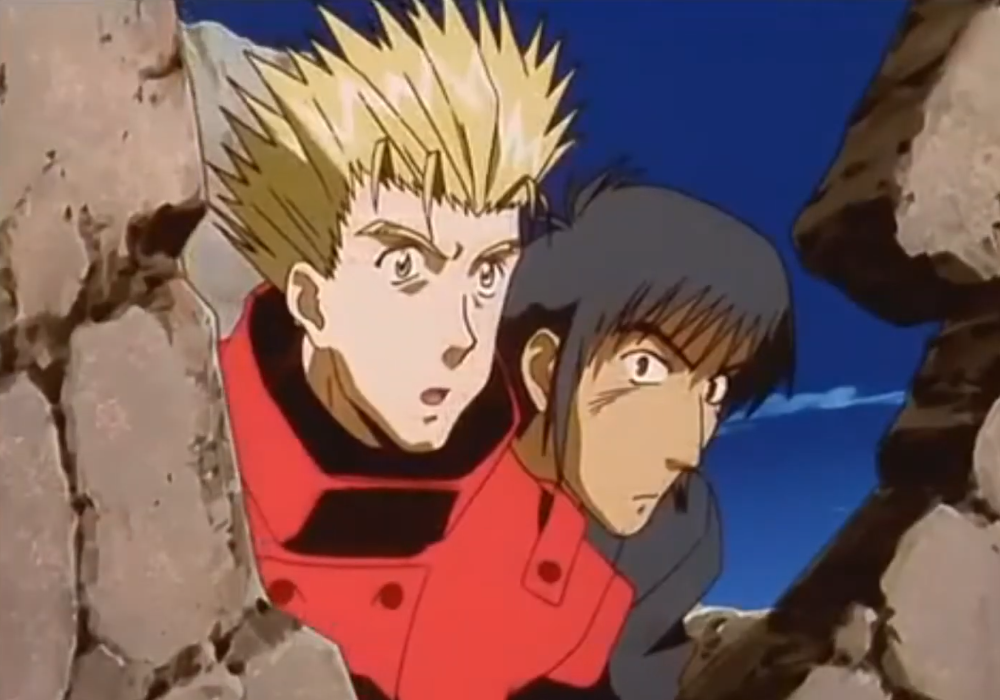 Vash has had a turbulent childhood and life due to his unhinged twin brother. Luckily, he found companionship and brotherhood with Wolfwood instead, who eventually fought for him and helped secure Vash his victory against his brother.

Although their time was short, Vash treasured Wolfwood’s friendship and thought of him as his dearest friend. 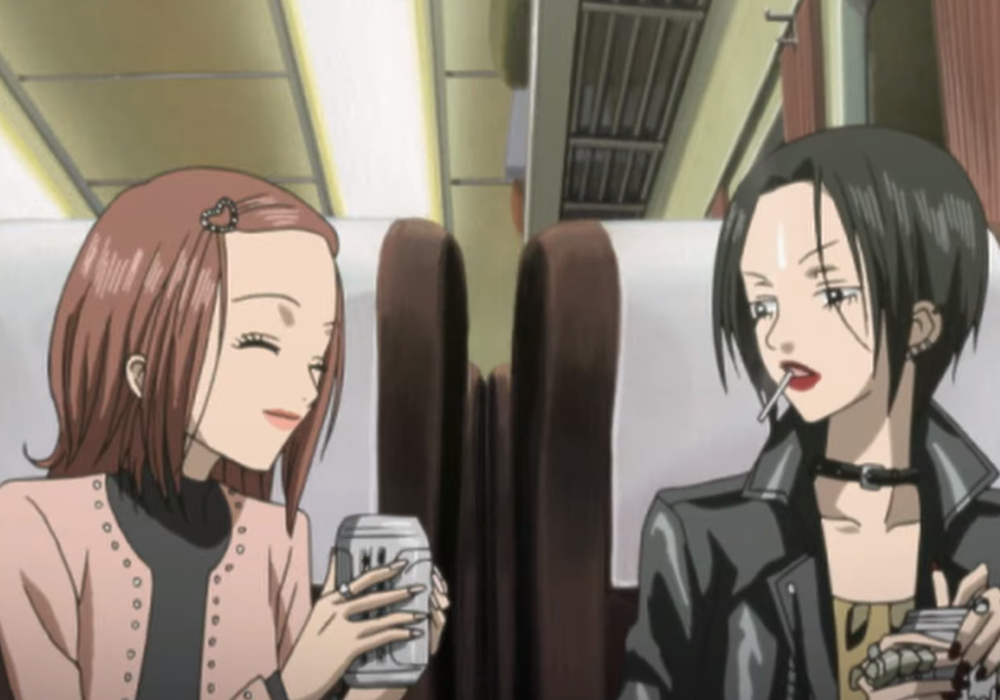 Two women end up sitting next to each other on the train and find out they have the same name and age.

Despite their differences in personality and fashion, they instantly bond together.

What follows is a tale of friendships and relationships, and the two find their way in the world. Throughout the show, they both learn more about themselves and go through heartbreaks, betrayals, and dreams together. 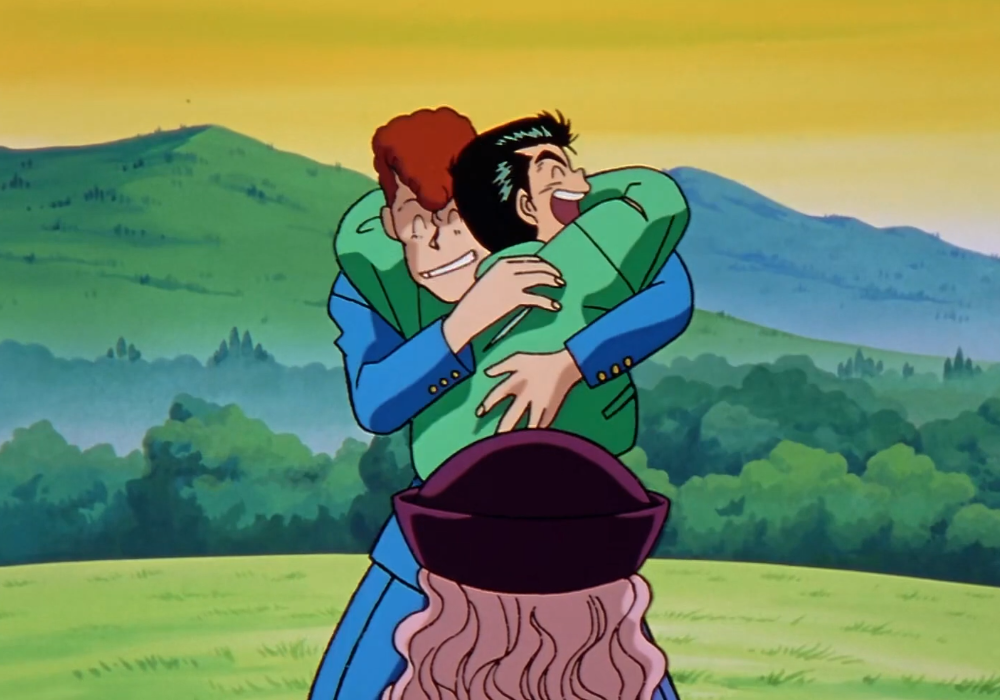 These two tough guys started out as rivals in their school. Kuwabara desperately wanted to win against Yusuke and become number one, while Yusuke just thought of Kuwabara as another punk.

It’s not every day you get to say this, but the main protagonist Yusuke dies at the start of the story.

Kuwabara mourns the loss of his rival, which makes Yusuke see Kuwabara in a different light.

What unfolds after is a friendship strengthened by trust, brotherhood and fighting demons. 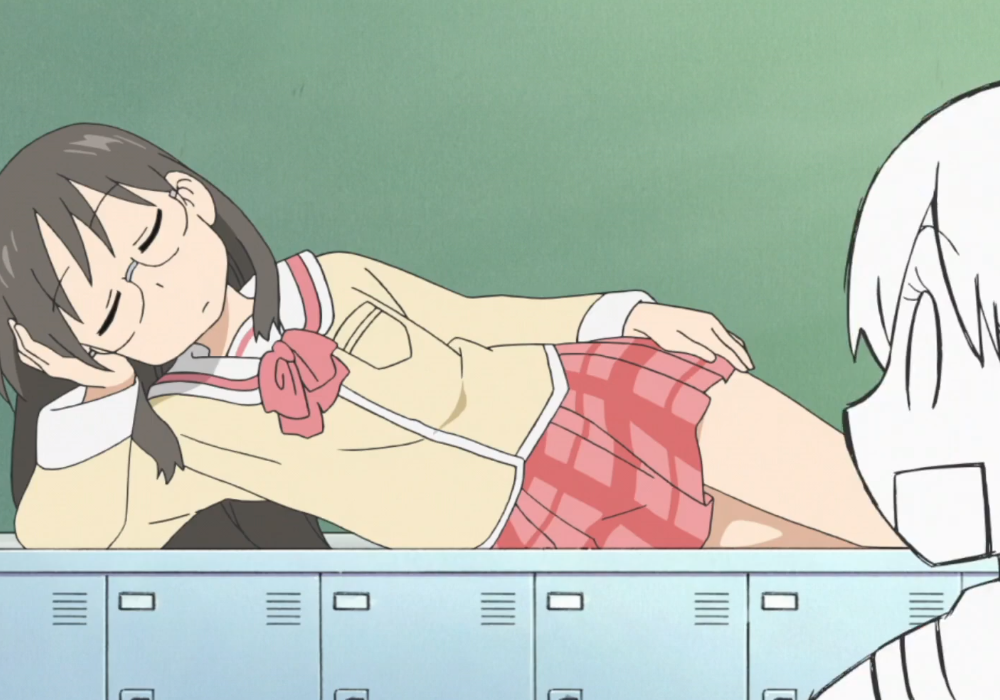 With this duo, can you guess which one’s the tsukkomi and who’s the boke? Yuuko might be loud and expressive, but don’t mistake Mai’s quiet and reserved demeanor as humorless!

Mai might not look like it, but she has endless jokes and pranks in her arsenal that take Yuuko by surprise every time.

She can equally dish out the comedy as much as Yuuko, and Yuuko’s amusing reaction is the cherry on top.

Theirs is a true friendship forged by comedy and pranks. 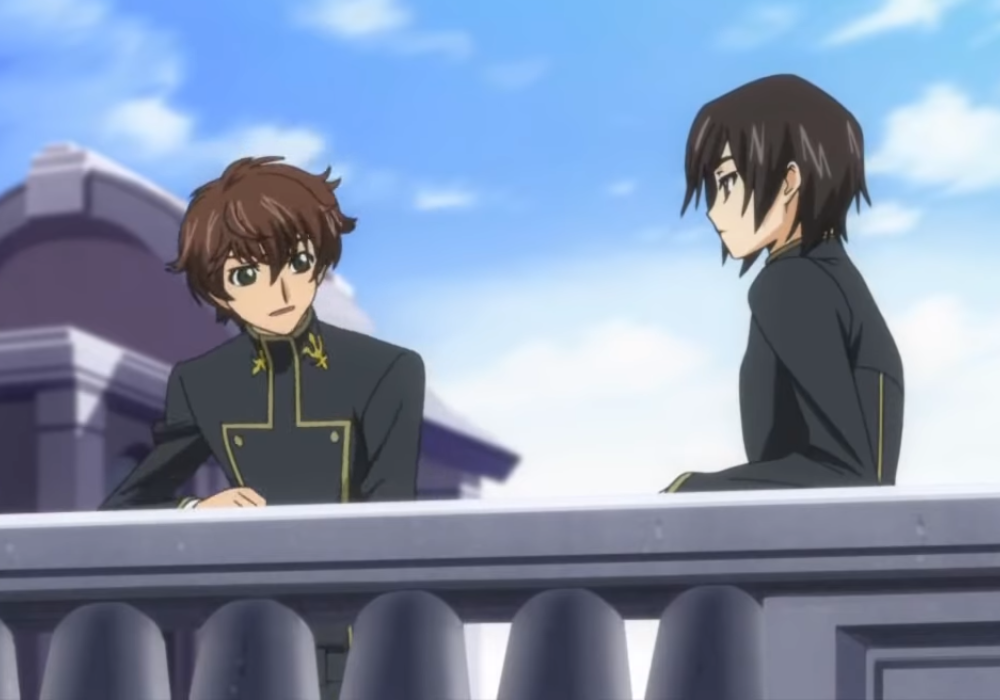 Torn away by unfortunate circumstances, Lelouch and Suzaku’s friendship is a bittersweet one.

Lelouch is a disgraced prince, vowing to take revenge for his mother and sister, no matter what the cost. But, on the other hand, Suzaku wants to restore proper justice to his beloved country.

Their friendship, principles, and values are repeatedly tested through twists and turns, obstacles and tribulations, and deaths and surprises.

However, with how their story ended, only true best friends can pull that finale. 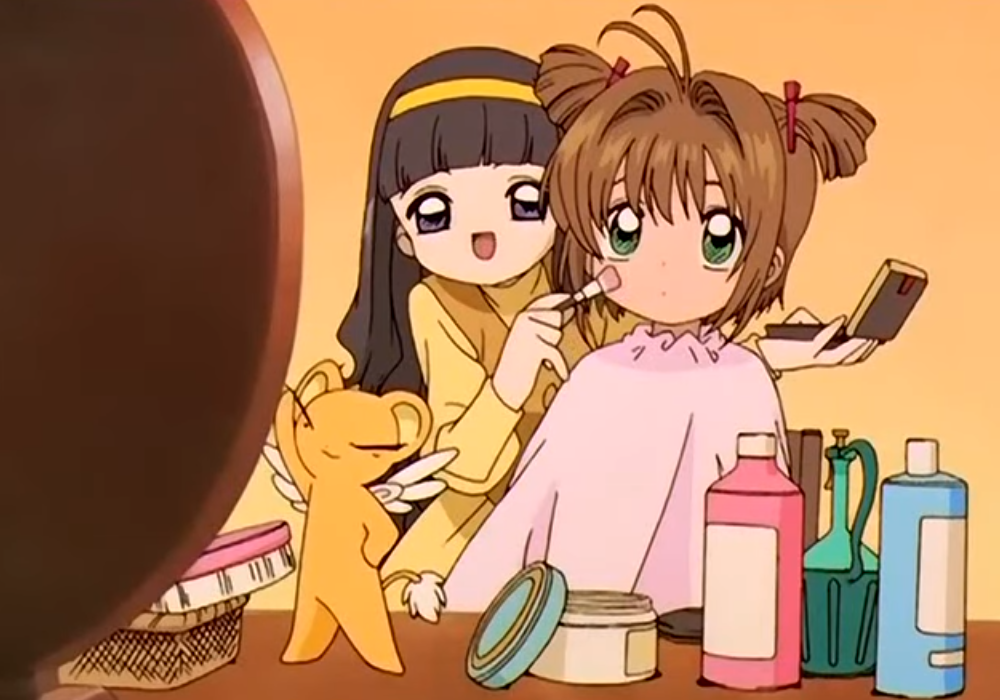 After accidentally releasing some magical cards, Sakura is tasked to collect all of them and seal them back again.

Tomoyo, her classmate and best friend decides to take on the responsibility of making Sakura’s card-capturing uniforms.

Does she really need the costumes to capture the cards? No. Is it cute and fun? Yes! Get yourself a best friend like Tomoyo who cheers for you and makes you look cute! 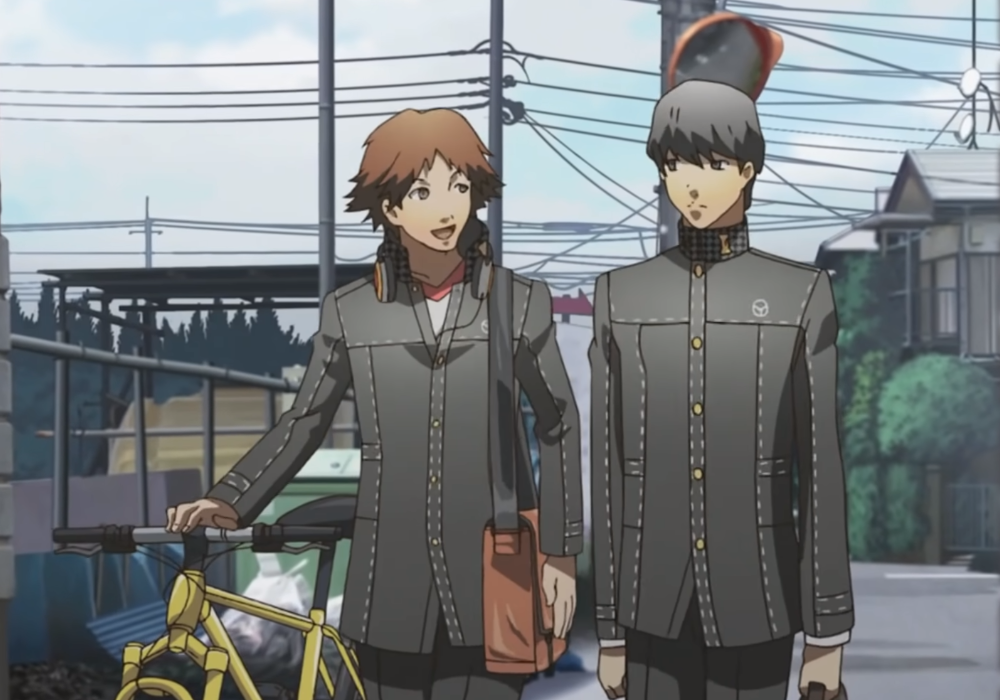 Persona 4 is all about accepting your own shadows and coming out as a stronger and more sincere you. With Yu and Yosuke, that’s how their friendship started.

After meeting Yosuke and helping him with his bike incident, Yu tackles his first Shadow World mystery and fights Shadow Yosuke.

Under his happy-go-lucky nature is a Yosuke who’s afraid of being alone, but Yu helps him embrace who he is inside and offers his friendship.

Yu is there to help Yosuke in a pickle, and he knows Yosuke would do the same for him. It’s not lovingly called “brosona” by some fans for nothing! 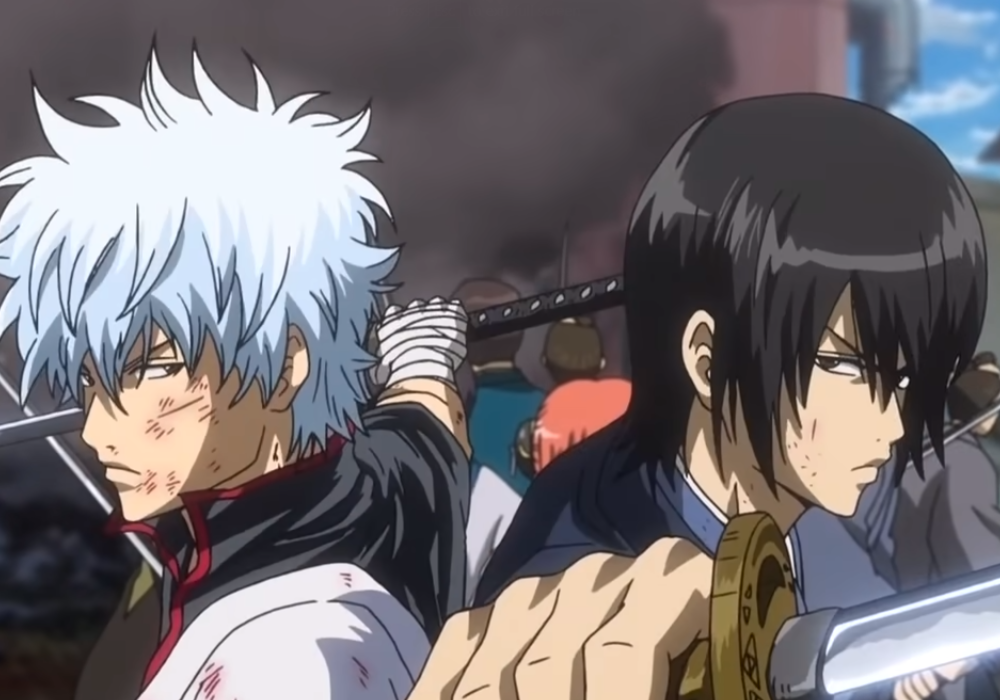 Gin and Katsura have known each other since they were kids and have gone through fights and hardships together.

While Katsura is very formal and respectful with his words, Gin is goofy, sarcastic, and comically shows self-preservation at times.

Like, true childhood friends, Gin insists on calling Katsura a nickname, which annoys the latter to no end. Oh, Zura, you’re so silly. 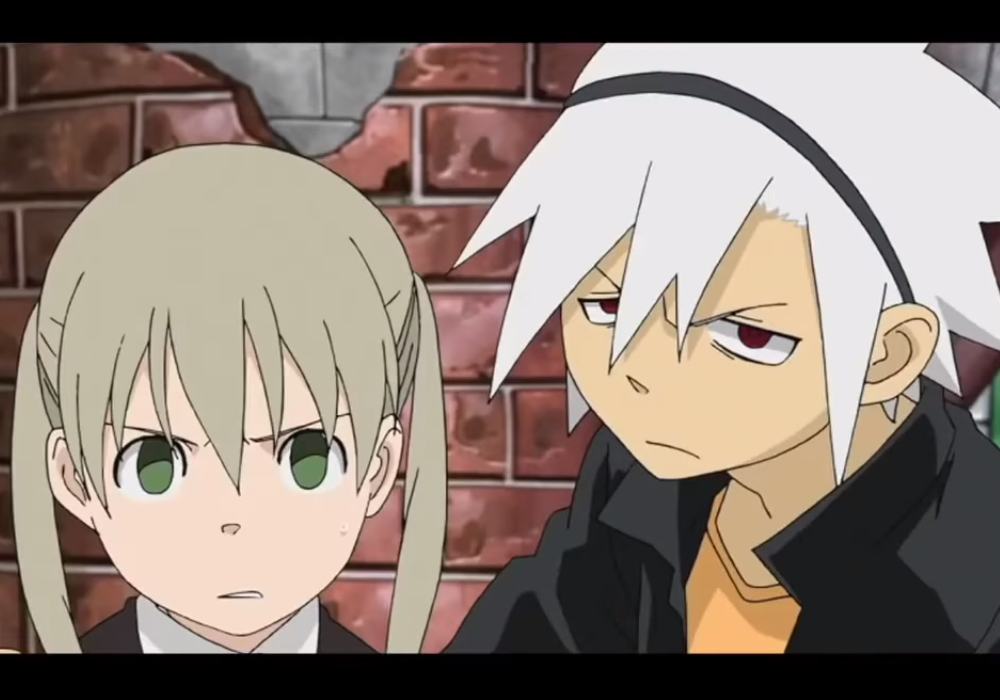 In Soul Eater, there exist humans who can transform into weapons and warriors who can use said weapons. With Maka and Soul, Soul is a demon weapon, and Maka is his weapon meister.

In order for their weapon and meister duo to work, they have to be in sync and reach soul resonance.

While Soul is a cynic and a rebel, and Maka is industrious and focused, they put their differences aside and accept each other’s flaws and strengths in order to make their partnership stronger.

For those looking for a strong platonic friendship between a boy and a girl, these two might be the duo for you. 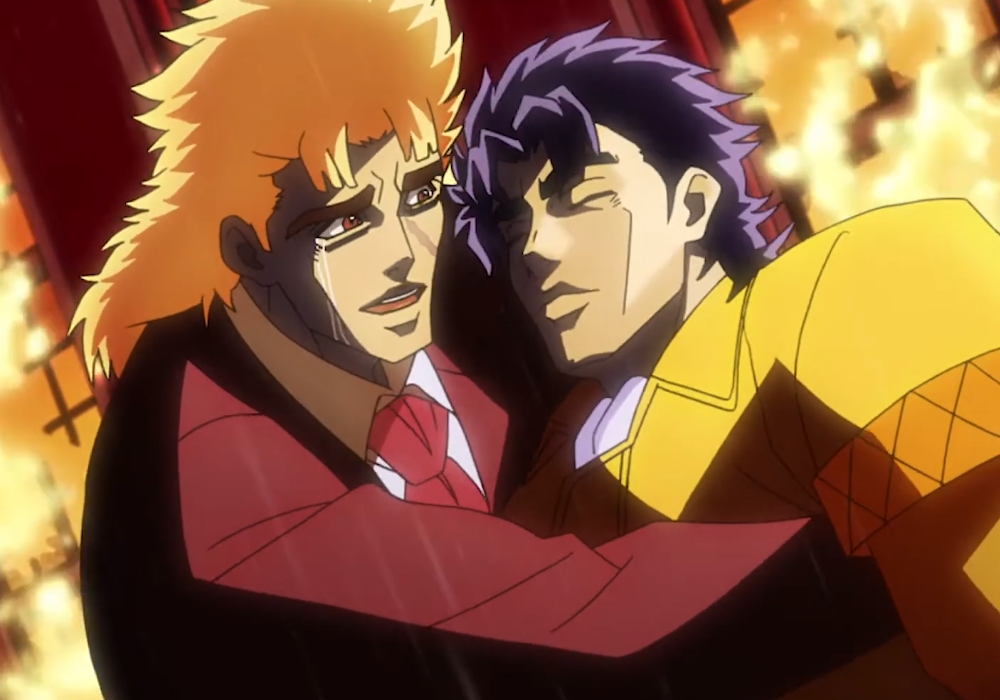 While these two met during a somewhat unfortunate circumstance and were briefly involved in a kerfuffle, they developed a lasting friendship that transcended generations.

Upon seeing how courteous, respectful, and good Jonathan was, Speedwagon pledged to help his new friend defeat his evil brother.

Not only did Speedwagon aid Jonathan in battles and eventually funded the Speedwagon Foundation that supports the Joestar family against Stand users, but he also provides pretty good commentary during fights too. 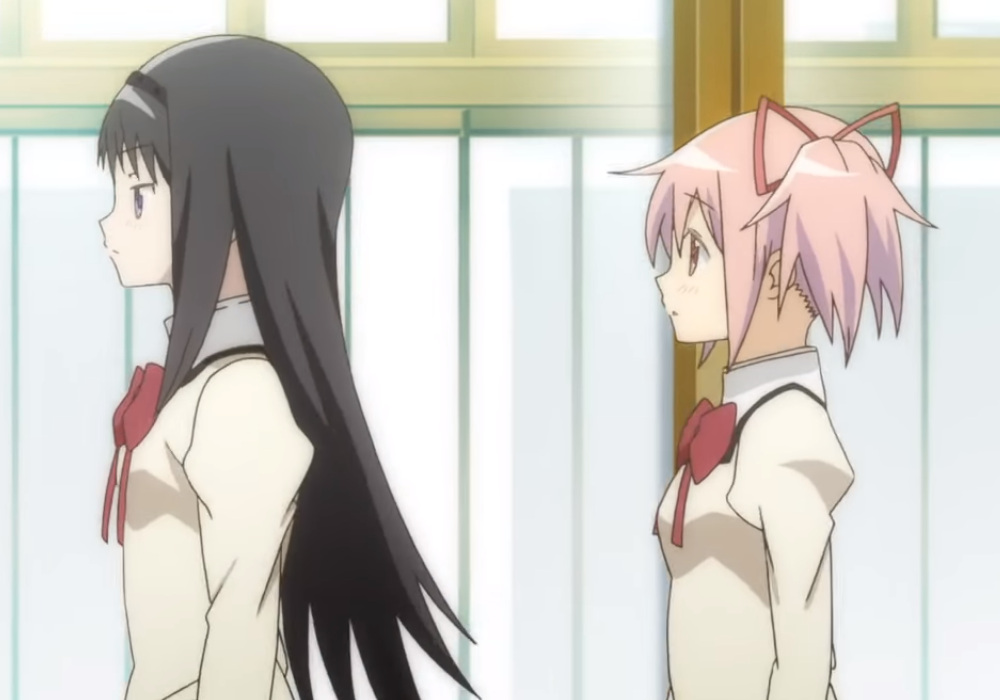 If you want to see a friendship that can survive through multiple timelines and tragedies, look no further.

At the start of the series, Homura appears cold and suspicious, and Madoka doesn’t know how to react to her callousness.

It is later revealed that Homura is only trying to save Madoka from a life of grief, suffering, and pain.

Homura is willing to risk her life again and again just to protect Madoka from the evils of the universe. All this started from Madoka’s initial act of friendship towards Homura. 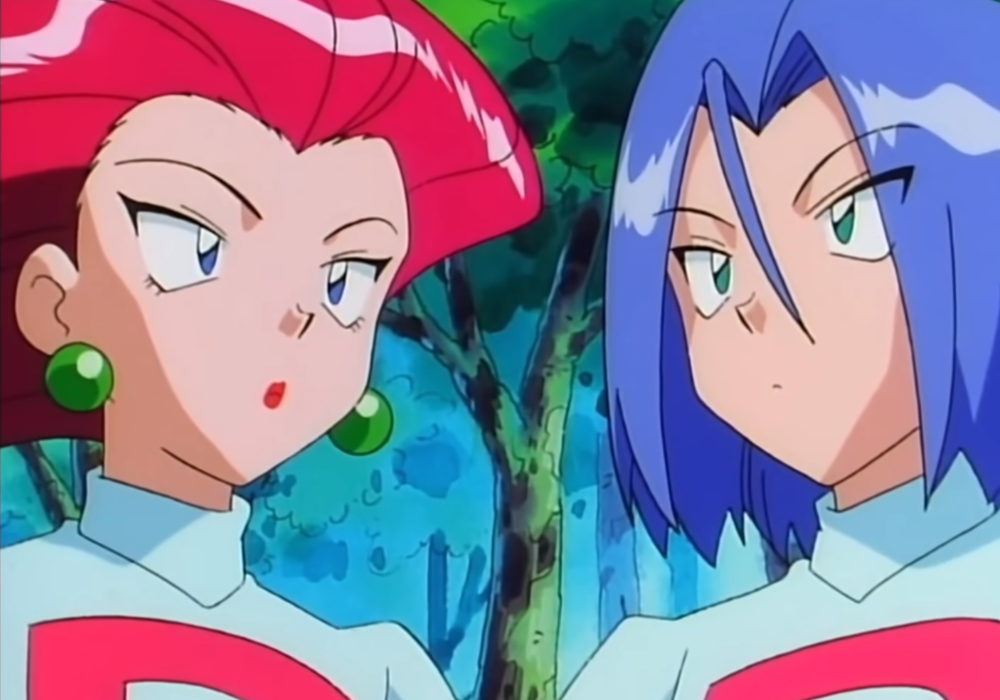 Prepare for friendship, and make it double!

These two are excellent models of camaraderie and fashion. They understand each other, quirks and all!

Through their defeats and rare successes, their partnership has evolved to be the greatest Team Rocket duo ever. That’s right! 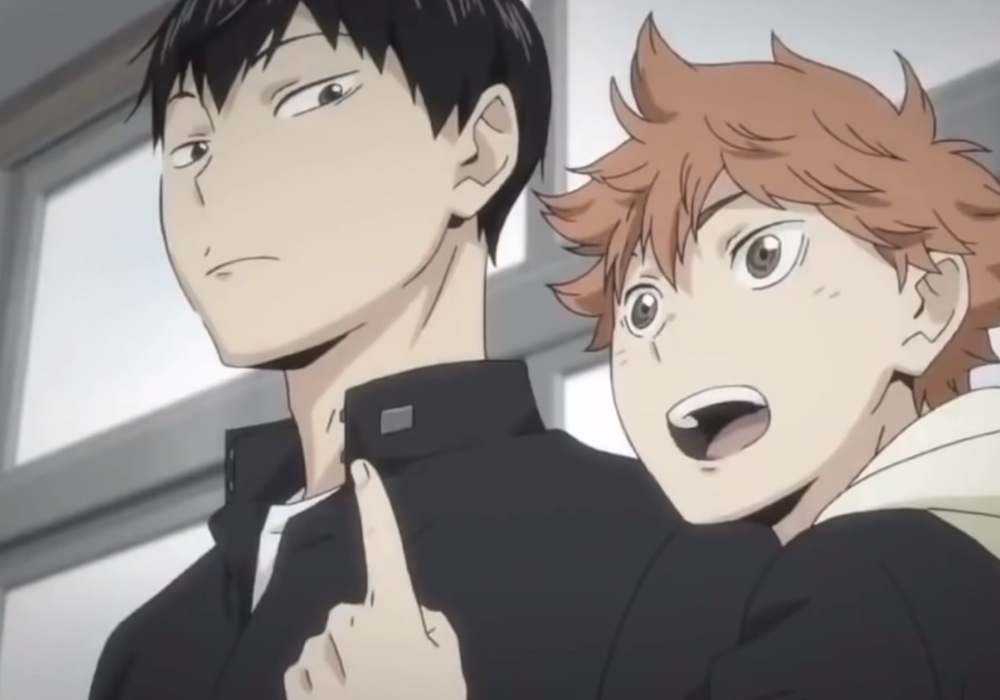 Like a lot of duos on this list, these two started on the wrong foot. Although a genius at volleyball, Kageyama needed to learn how to be a proper team player, while Hinata saw Kageyama as his rival.

Through the camaraderie of sports and the magic of volleyball, they both find out that they work really well together and have an indescribable connection with each other.

Kageyama can give high-speed tosses that only Hinata can get, and Hinata is a ball of sunshine that can melt Kageyama’s cold, standoffish heart. 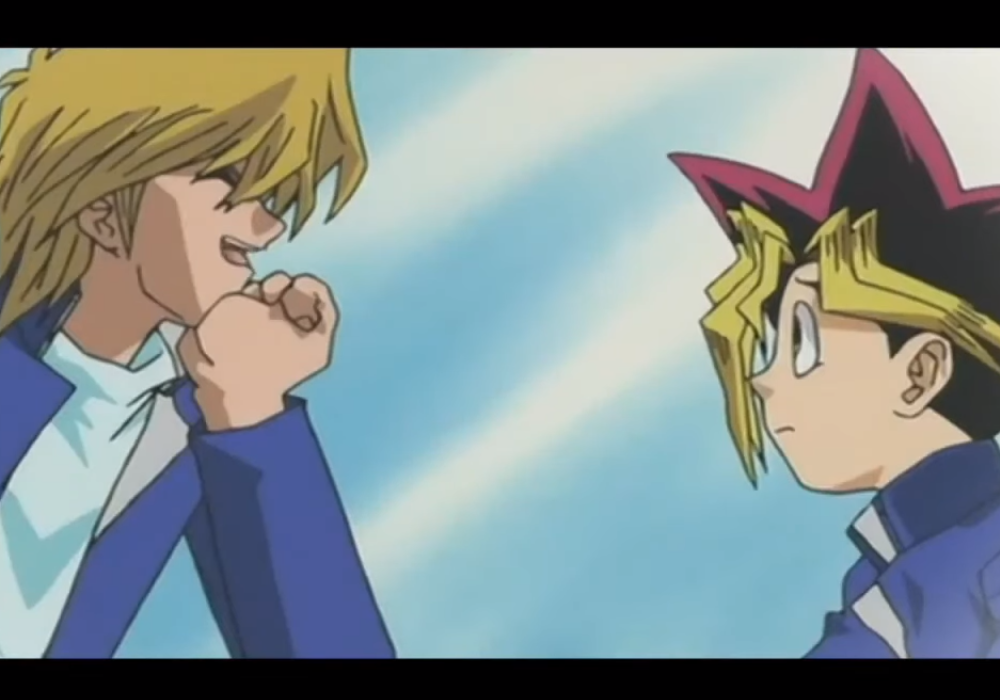 This duo’s friendship is so legit, they even have their own Yu-Go-Oh! card to prove it!

Joey started off as a bully but seeing Yugi stand up for him changed him into a loyal, supportive, and kind-hearted friend.

Yugi has dueled with countless enemies with Joey by his side, and Joey has shown his support to Yugi throughout the series.

It doesn’t matter where trouble leads, Joey Wheeler will be there for Yugi. 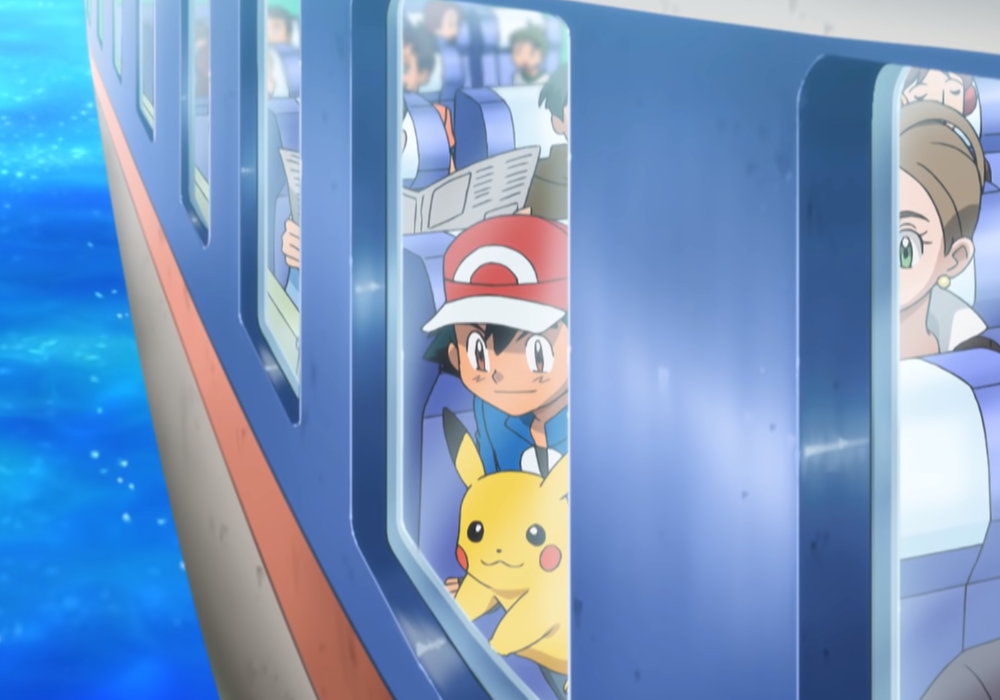 As the face of the Pokemon animated series, we simply cannot ignore Ash and Pikachu.

The show preaches that you need true friendship and trust to form a powerful bond with your Pokemon, and you bet Ash and Pikachu are an exemplary duo for this!

With 25 seasons under their belt, they continue to show that their friendship is as electrifying as the day the show started. 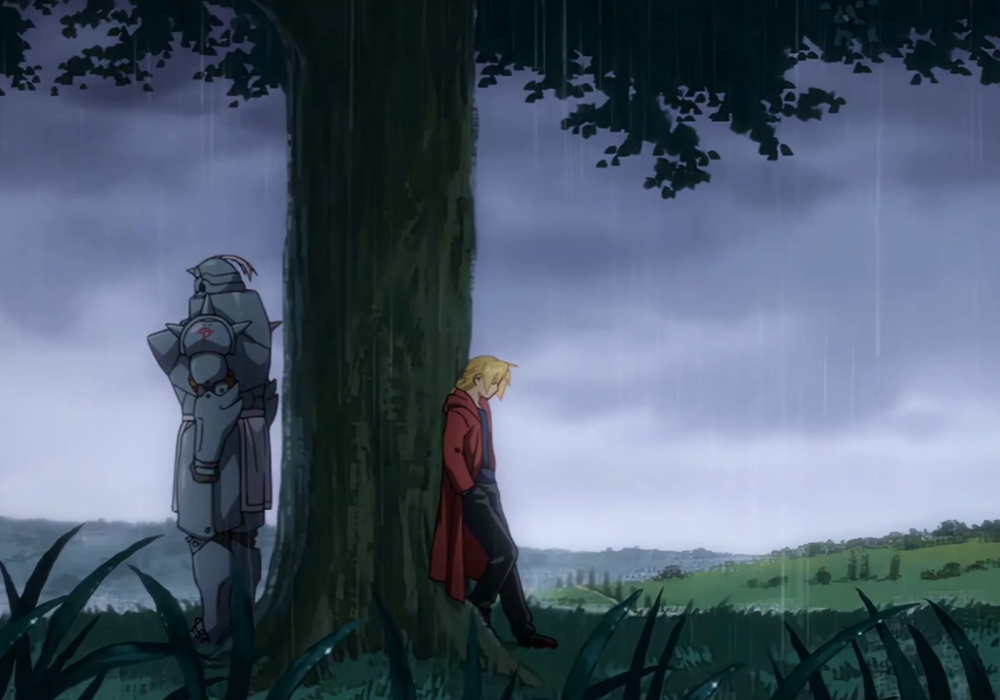 In Fullmetal Alchemist: Brotherhood, alchemy is real and powerful, but some lines simply cannot be crossed. Family is something these brothers highly cherish, but even that isn’t enough to bend the rules of alchemy.

These brothers went through hell and back just to see their mother again through alchemy.

To describe what they went through as excruciating is simply downplaying it. But despite the pain and the loss they experienced, they came out stronger.

They’re willing to sacrifice what they have for each other since they’re the only family they have left. 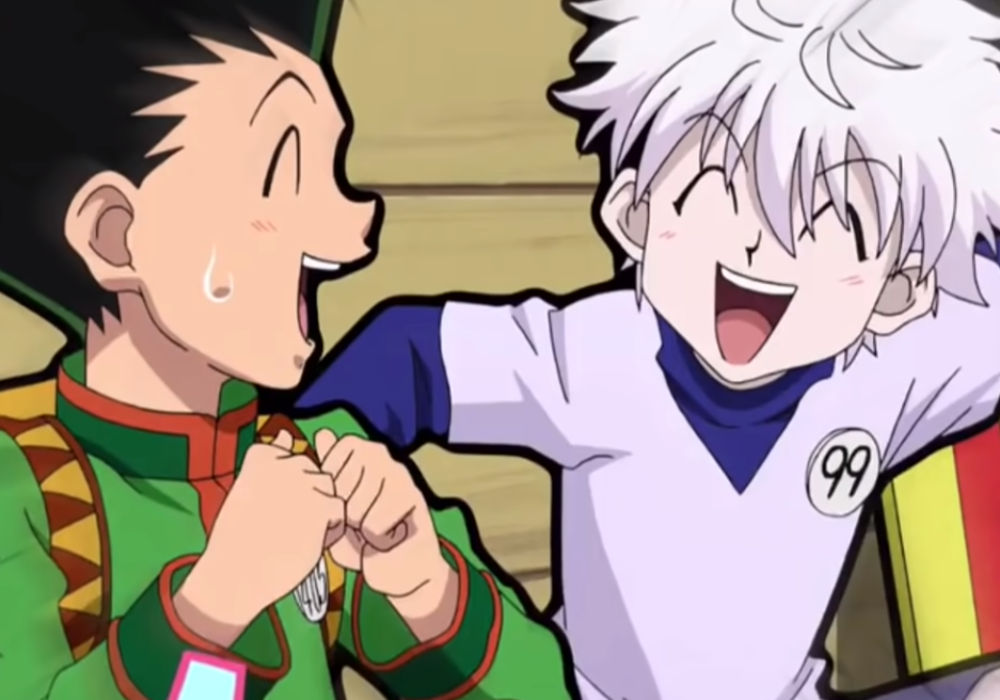 From the numerous duos and besties we’ve seen, we gotta crown Gon and Killua as the bestest of best friends in all of anime ever!

Gon lived on a secluded island, while Killua was trained as an assassin from a young age.

Both never got a chance to have friends until they met each other during their Hunter Exam. From then on, a friendship so strong and pure was created.

Their friendship is built on a trust so strong that they both know they can rely on each other through the toughest obstacles.

Even with their apparent differences in personality and upbringing, they accept each other and push each other to reach new heights.

Theirs is a friendship that even distance can’t break. We hope we get to see these two again!