Anime is an excellent medium for animation and storytelling, but it is a daunting task to start because of the sheer amount of anime shows and movies available. There are tropes and jokes that might just fly over your head, and you don’t want your first anime to discourage you from watching more.

If you’re hoping to start off your anime journey on the right foot but don’t know where to begin, we might be able to help.

Here are some excellent anime shows and movies to watch if you’re a beginner in this medium. We’ll try to avoid mentioning any spoilers for your viewing pleasure. Let’s dive right in, shall we?

Here are a mix of classic and modern anime shows. Some of them are great to watch with your kids or little siblings too! 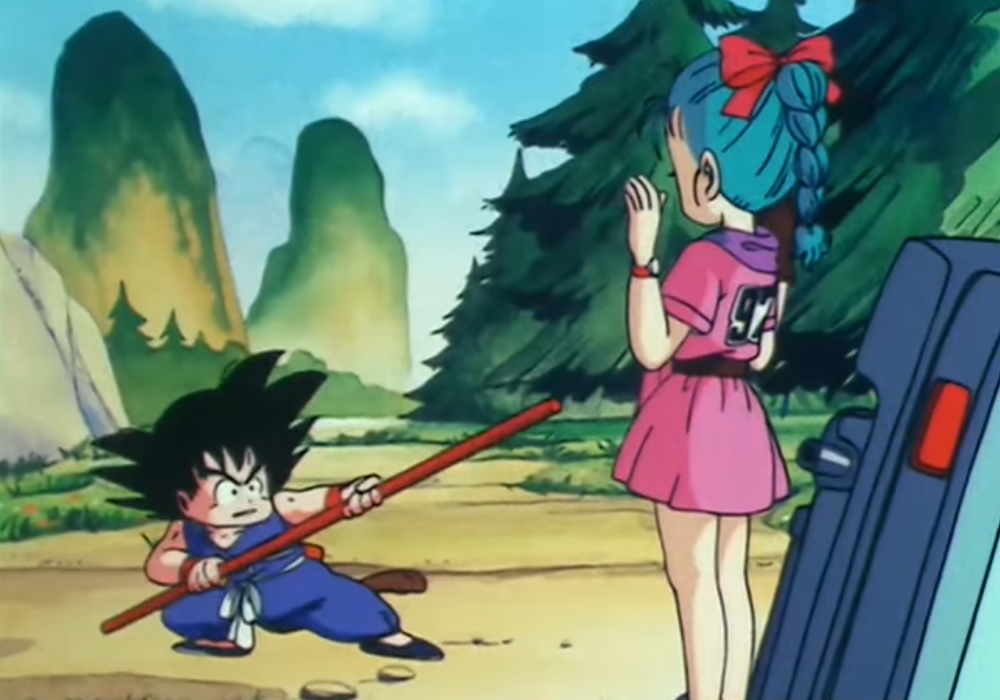 A true shounen classic, a lot of people, grew up watching this action-packed show about Earth and alien warriors defending the universe from different forms of evil. The anime started airing in 1986, with new additions and iterations every now and then.

If you’re curious about what’s up with these flying spiky-haired men with glowing yellow hair and auras, blasting beams and balls of light from their hands, this is where it all starts.

Goku, the main character and still a small child, crashes on Earth and learns to love and protect his new home. 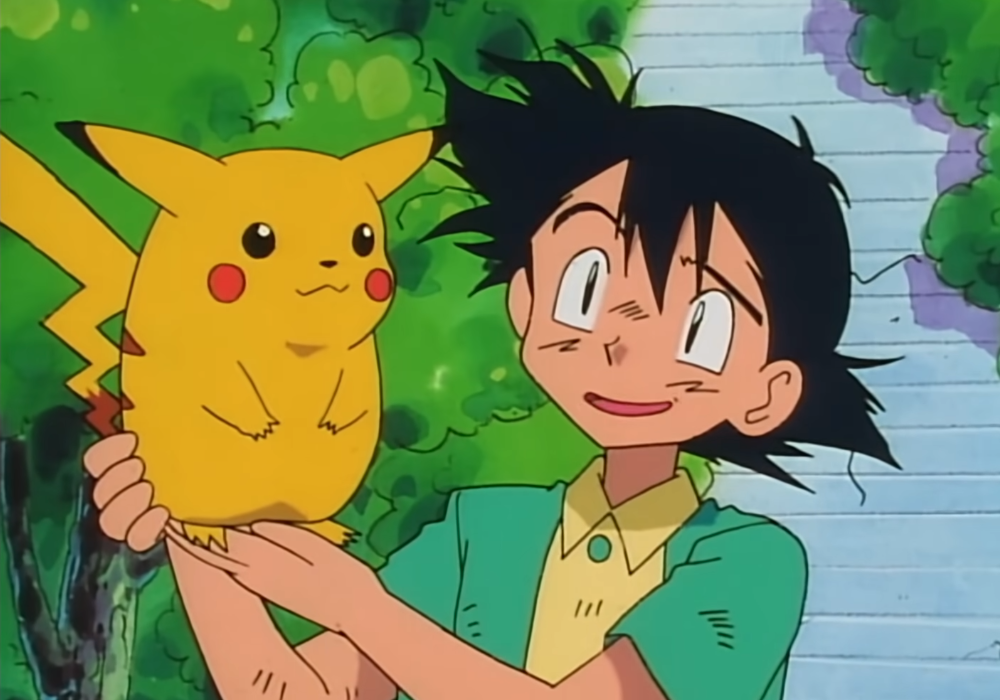 If you’re looking for an anime to watch with your little kid, you can’t go wrong with Pokemon.

It’s a classic for a reason and is based on a video game series of the same name. In this world, Pokemon are highly skilled and intelligent creatures that can partner up with people to do battles.

This ongoing series shows the wonderful adventures of 10-year-old Ash Ketchum and his beloved Pokemon partner Pikachu, as they go through good and tough times to help people with their Pokemon problems and reach their dream of becoming a Pokemon champion. 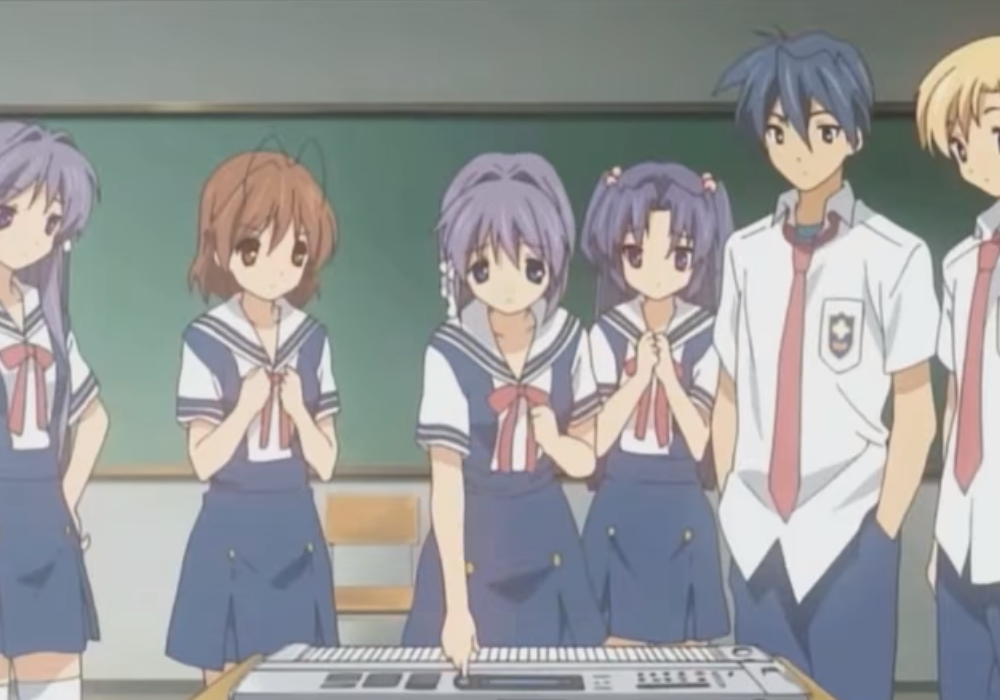 Family is a big theme in Clannad, and yes, prepare the tissues for the imminent tears!

This heartwarming series is about a guy, Tomoya, who learns that there is more to his self-perceived dull life. He meets Nagisa, a nervous girl who missed school a lot, who changes his life.

Together, they try to revive the school’s drama club, as well as help their new school friends with their problems. If you find the first season heartwrenching, brace yourself for Clannad After Story! 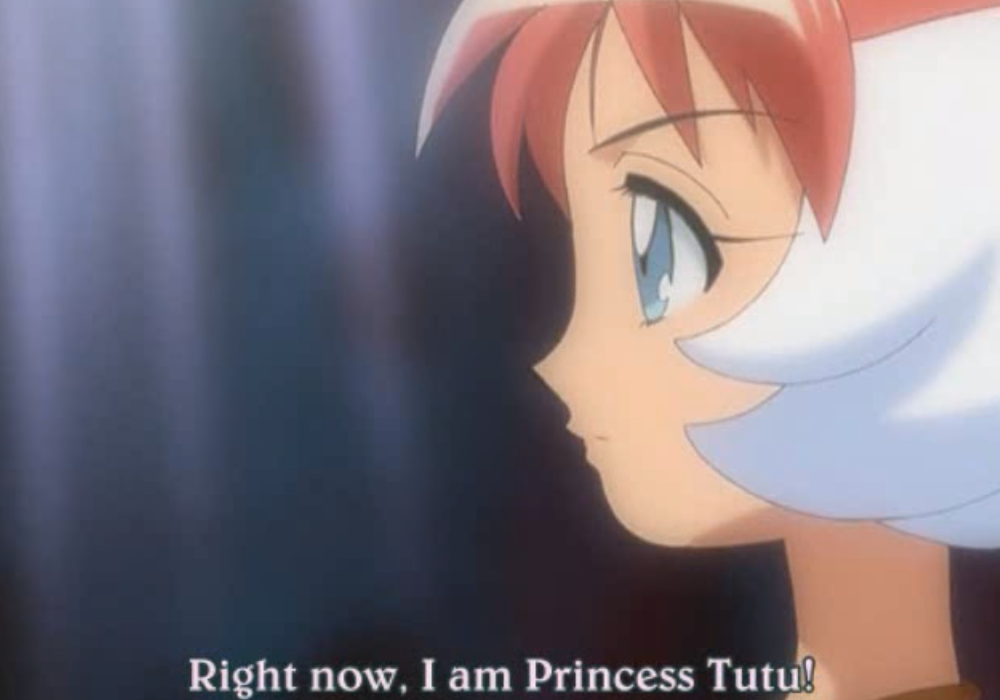 For a mahou shoujo show that truly feels magical, Princess Tutu might be a good beginner anime for you. Your initial impression of it might be that it’s girly and too pink, but don’t let that deter you from this masterpiece!

To keep things vague, the show is about a clumsy duck who becomes a ballet dancer with the help of a magical pendant.

Her dance can help people with their problems, but will she be able to help when it comes to fighting against one’s fate?

At its heart is a show that portrays the struggles to reach a happily-ever-after ending. 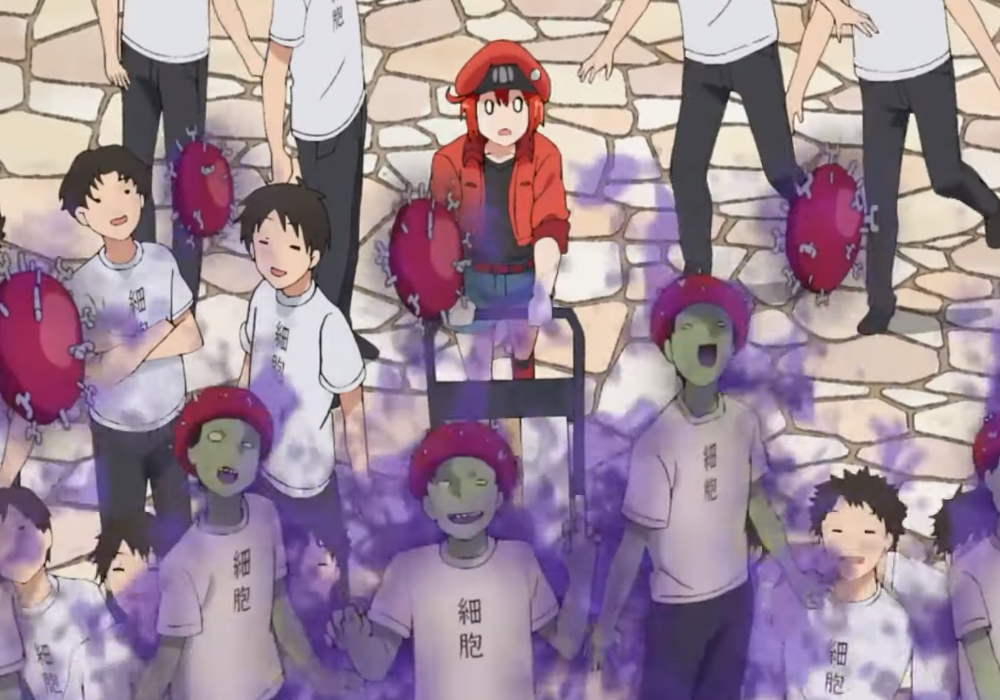 For an informative and educational anime, Cells at Work! will teach you about the intricacies of the human body’s immune system.

Filled with cute and cool characters to represent cells and the different aspects of our immune system, Cells at Work! is a unique take on teaching science to kids and adults alike.

Never thought of cheering for a red blood cell as she gets lost in her way in dealing with a wound or allergy emergency? Cells at Work! will do that to you! 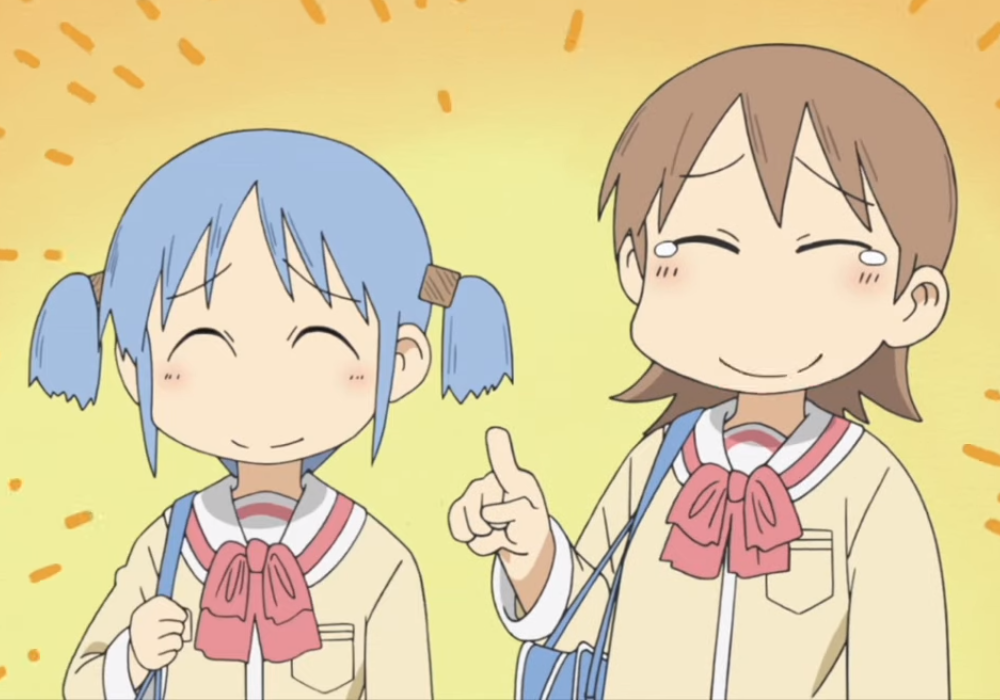 Feeling like watching something comedic with really good animation? Nichijou might be the perfect cup of tea for you. The show primarily revolves around the life and antics of three students, Mio, Yuuko, and Mai.

Together, they get into funny and ridiculous situations that will leave you crying from laughing too much.

Nichijou will feel more like a compilation of gags rather than an anime with a lengthy overarching story. Still, that doesn’t mean there’s no story continuation. You’ll laugh, cry, and cheer for these characters, and yes, even for the goat character. 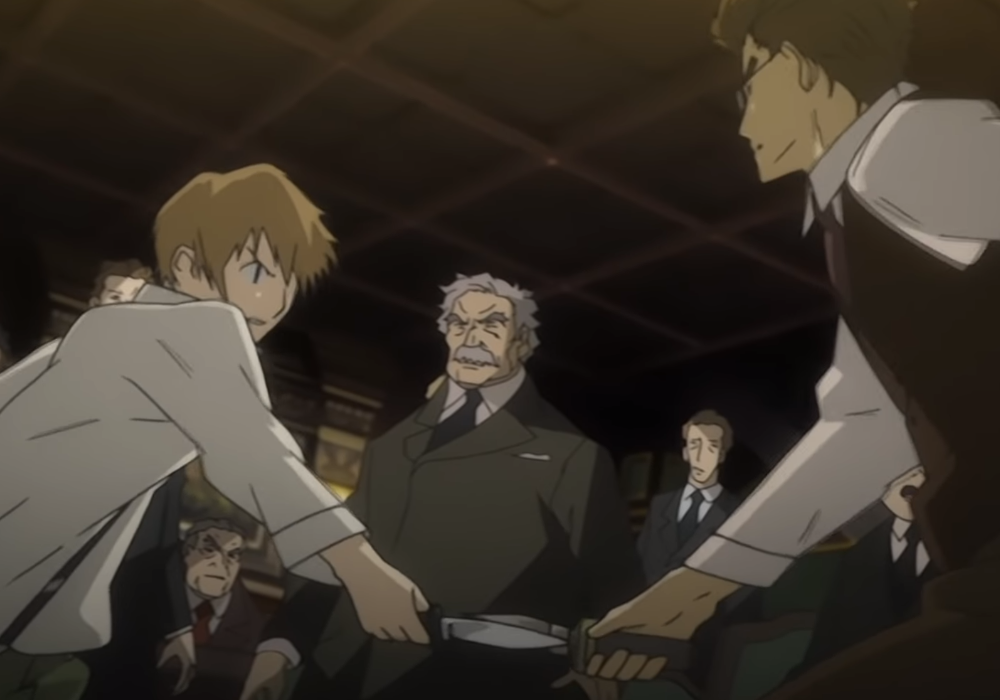 What seems to be unrelated events and groups form the backdrop for this show.

You have train passengers from 1930s Chicago, scientists in search of a remedy, mafia groups waging war against each other, and a group of people on board a huge ship in 1711.

Sounds confusing, right? But Baccano! masterfully makes everything make sense, and in the end, you’ll be left wanting for more. If you immediately want to rewatch the show to find hints or clues, I don’t blame you one bit! 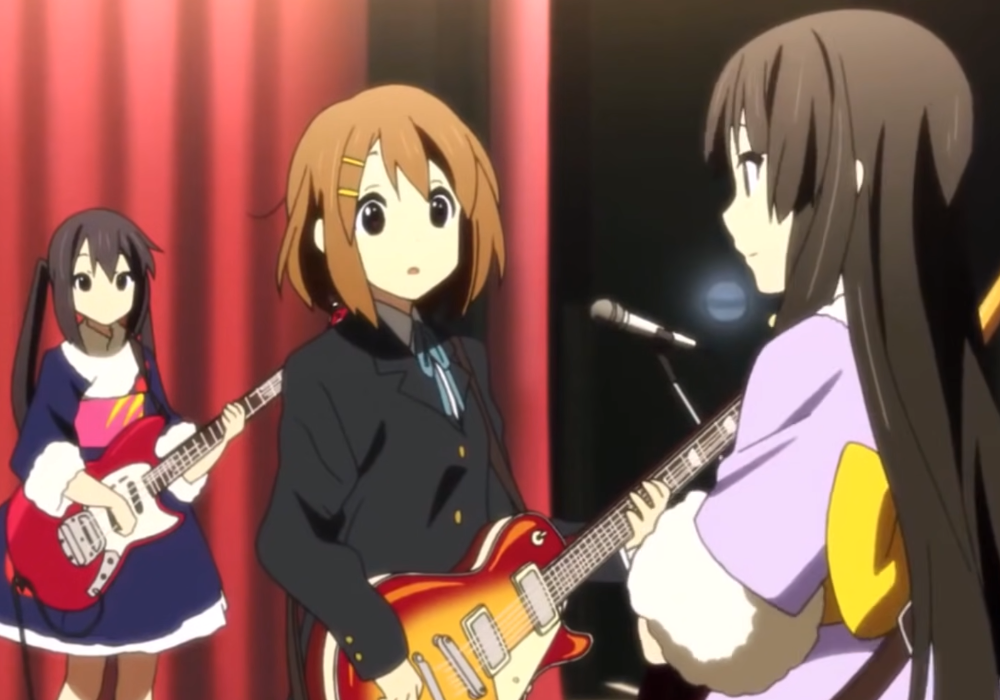 Filled with music, lighthearted tone, cute characters, and tea time, K-On! is a fantastic anime to watch to start your anime journey.

With this show, you can take a break from high-stakes stories and just unwind and enjoy the music.

After mistaking the Light Music Club for a club about easy instruments, Yui almost withdraws from the group.

The group, however, tries to change her mind by playing a song for her, which inspires Yui to continue. What follows is a delightful tale of friendship and music. 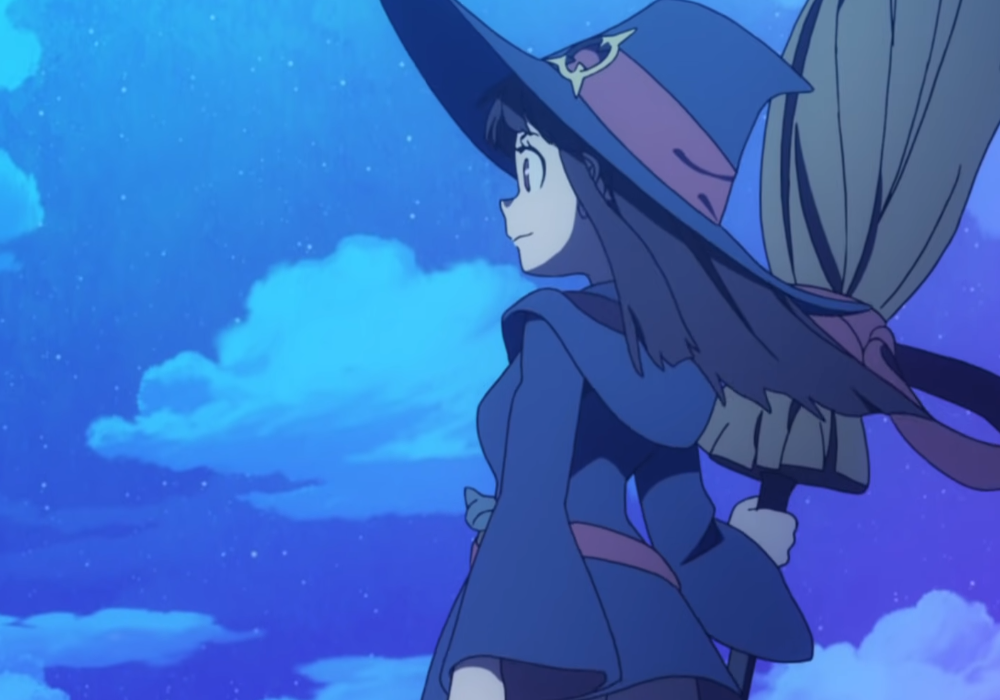 Add a little magic to your anime journey with Little Witch Academia. You follow the story of Akko, a girl with a non-magical background who starts her magical studies at Luna Nova Magical Academy.

Despite lacking in magic, she is prepared to emulate her witch idol’s words of believing in magic. Will she learn magic? Will she meet her idol again? What adventures will she have in her new school?

Little Witch Academia will bring fun and enchantment to you. 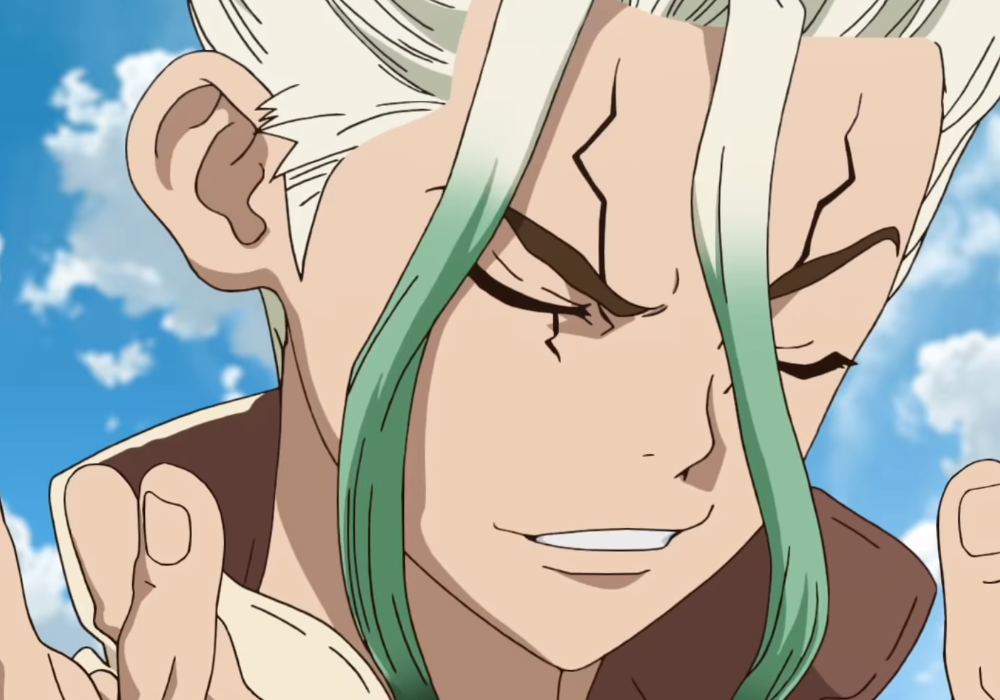 An unknown event triggers the petrification of mankind and causes the collapse of society. Thousands of years later, humans start waking up from their stone-encased situation.

One of these humans is Senkuu, a brilliant and intelligent young man who is eager to revive the world with the power of science.

Dr. Stone is another educational anime that teaches you different scientific concepts in a fun and intriguing way.

From digging metals to making ramen, Dr. Stone and its science-y twists can get really over the top, but it still retains elements that make it enjoyable. 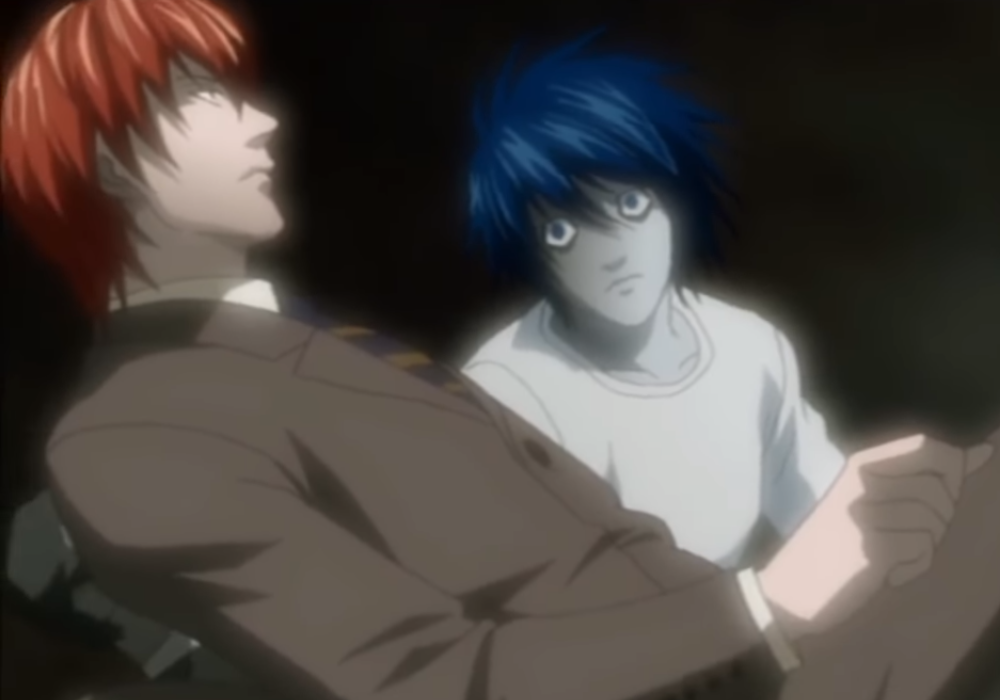 This is another classic anime that shouldn’t be skipped! Having a villain protagonist is not that common, and Death Note wonderfully portrays this aspect.

Light, a seemingly normal student who excels in his studies and personal life, hides a resentment of the world. He thinks the world needs balancing and culling, and he thinks he’s the person who could do it.

After picking up the Death Note, a mysterious notebook that can kill anyone so long as you write their name on it, Light goes on a secret rampage against the criminals of society.

Will he bring forth change to the world, or will he end up being the very thing he swore to destroy? 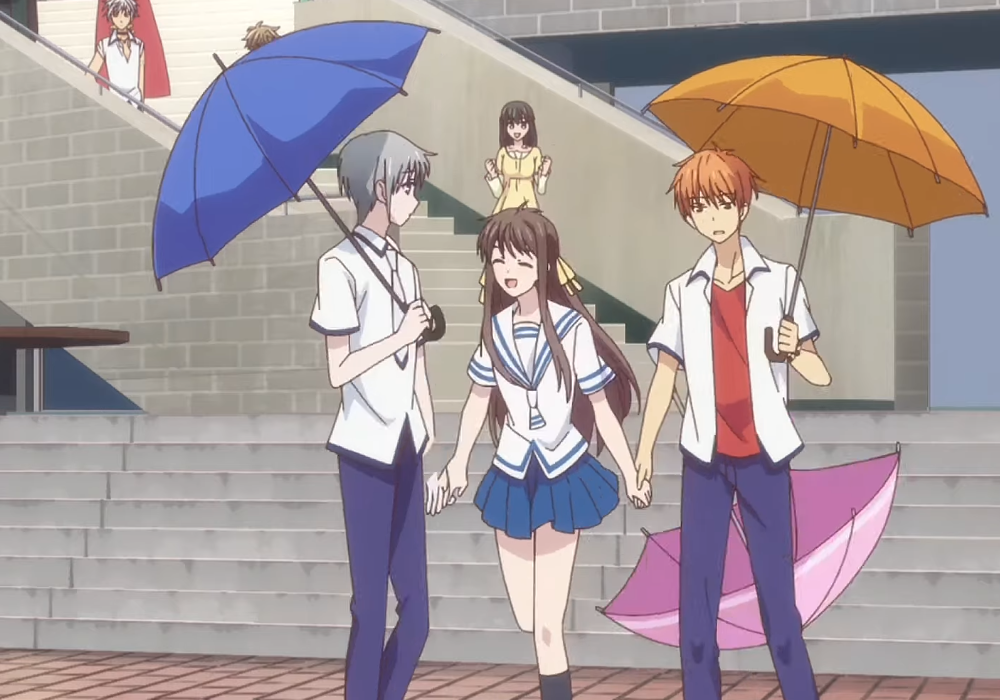 An orphan living in a tent and a family turning into zodiac animals? Sounds quirky enough to either catch or turn away your attention!

Don’t be fooled by Fruits Basket’s seemingly lighthearted fairy tale tone. While it is a show that is full of heart and found-family bonding, the heartwrenching bits pack a punch too.

Will Tohru find a home for herself? Will she be able to help her new friends with their curse? 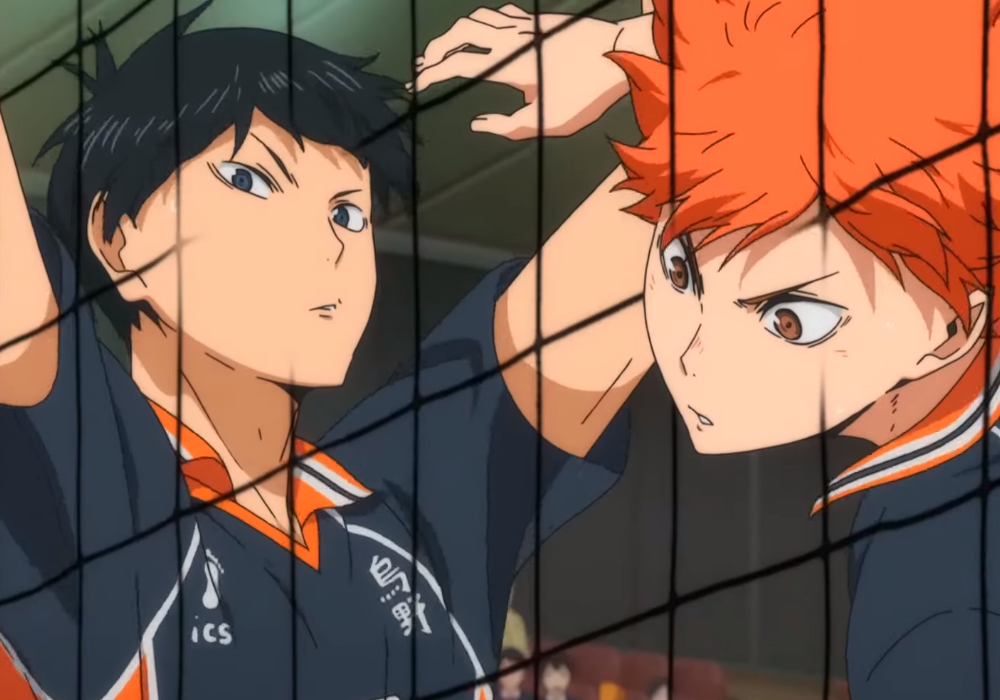 After watching a legendary volleyball game on TV, Hinata becomes set on becoming a professional volleyball player. He gets a rocky start at his first-ever volleyball tournament and even meets a rival in the name of Tobio.

An anime about volleyball might not sound enticing, and if you have that thought, I won’t even blame you! A lot of people had similar reservations until they watched the first episode.

I guarantee that by the end of it, you’ll be cheering, crying, and shouting “mou ikkai!” for these volleyball dreamers. 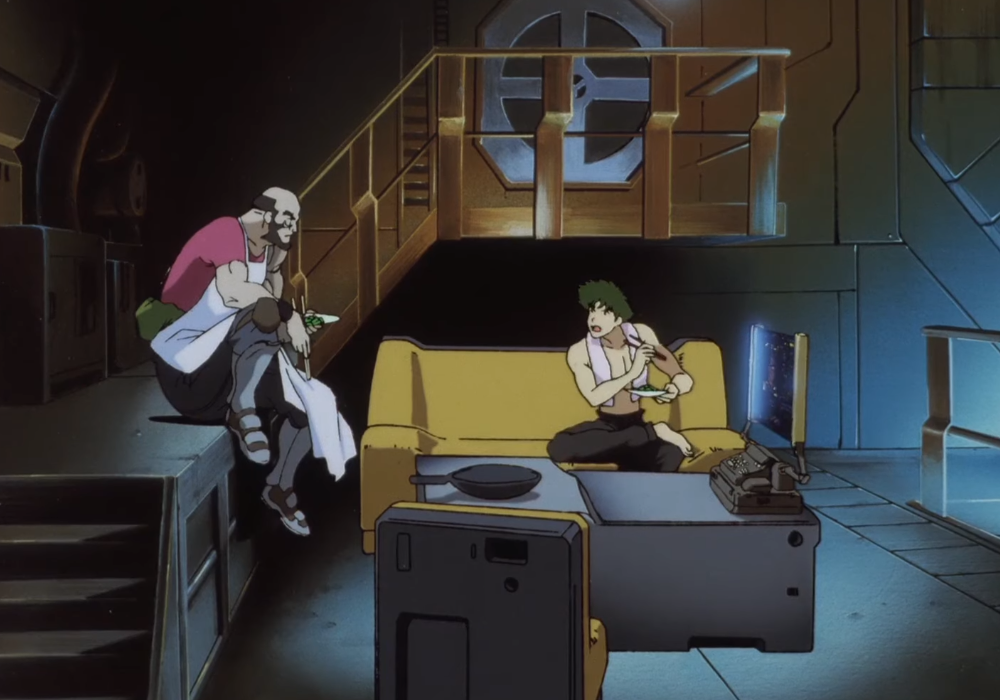 In the distant future, humanity has spread to the far reaches of the galaxy, and in its trail follows crime and misdeeds. A crew of bounty hunters work together to round up lawbreakers and felons.

In this crew, we have the happy-go-lucky Spike, the serious Jet, con artist Faye, oddball kid Edward, and a cute Welsh Corgi named Ein.

Seems like a fun and colorful crew with a mysterious past that might just catch up to them in a matter of time.

Cowboy Bebop is another legendary anime series that gained popularity in the west due to its compelling story and captivating characters.

It’s one of the most recommended shows for a good reason, and you won’t go wrong by starting with this anime too. 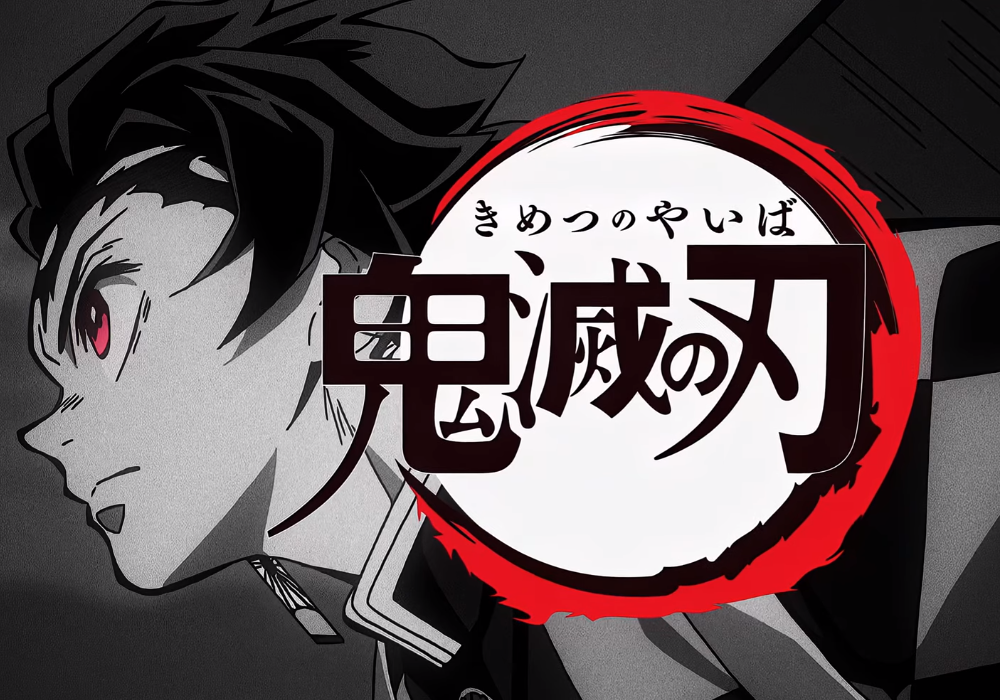 Demons wreck havoc in the land, and Tanjirou must protect his sister from the evils lurking in the shadows. Along the way, he trains to fight these demons better and meets allies that help him with his journey.

For fans of the shounen genre, Demon Slayer is a true-blue shounen and meets all the criteria of what makes a shounen anime good. 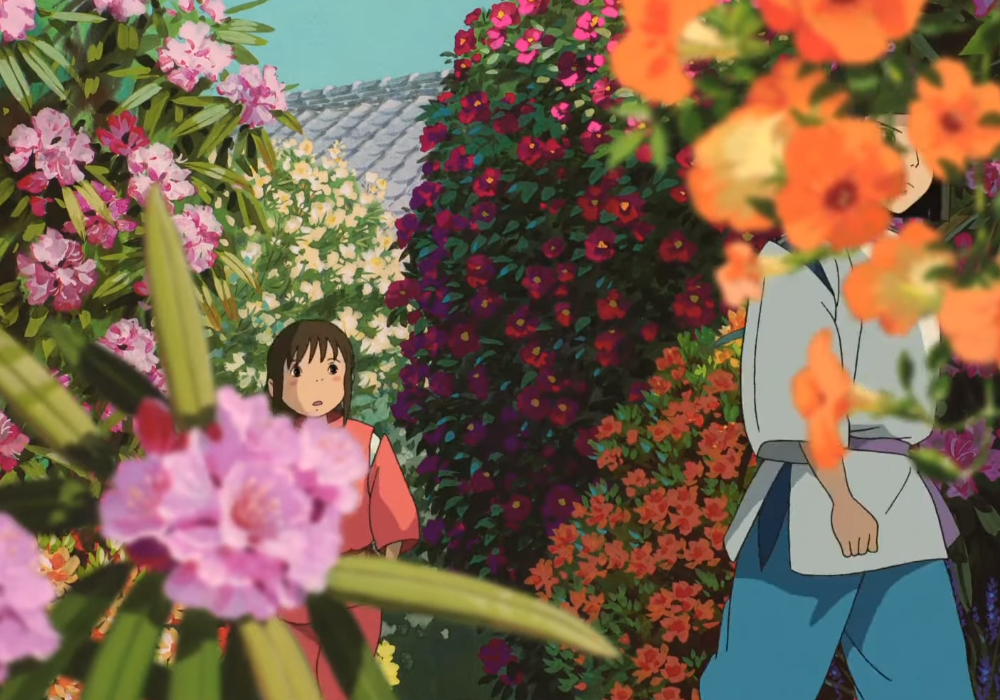 This 2003 Academy Award for Best Animated Feature deserves a spot in our list.

This anime movie is perfect to watch with kids, as it tackles themes of growing up, finding the strength to rise up from obstacles, and keeping true to yourself. 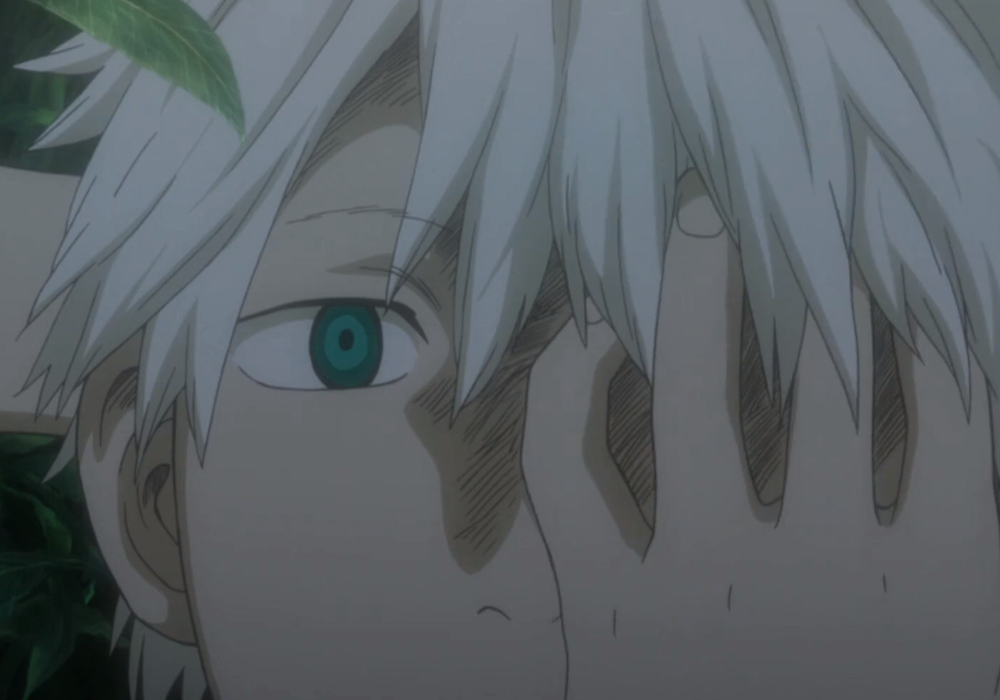 In this world, Mushi are all around us, and they can be defined as basic life forms that just exist and do their thing, no matter whether they negatively or positively affect creatures around them.

A traveling researcher named Ginko wanders the world to study the phenomenon of Mushi. Along the way, he helps people with their Mushi-related predicaments while finding the truth about Mushi.

Supernatural, mystery, joy, and heartbreak are all in this wonderful show. 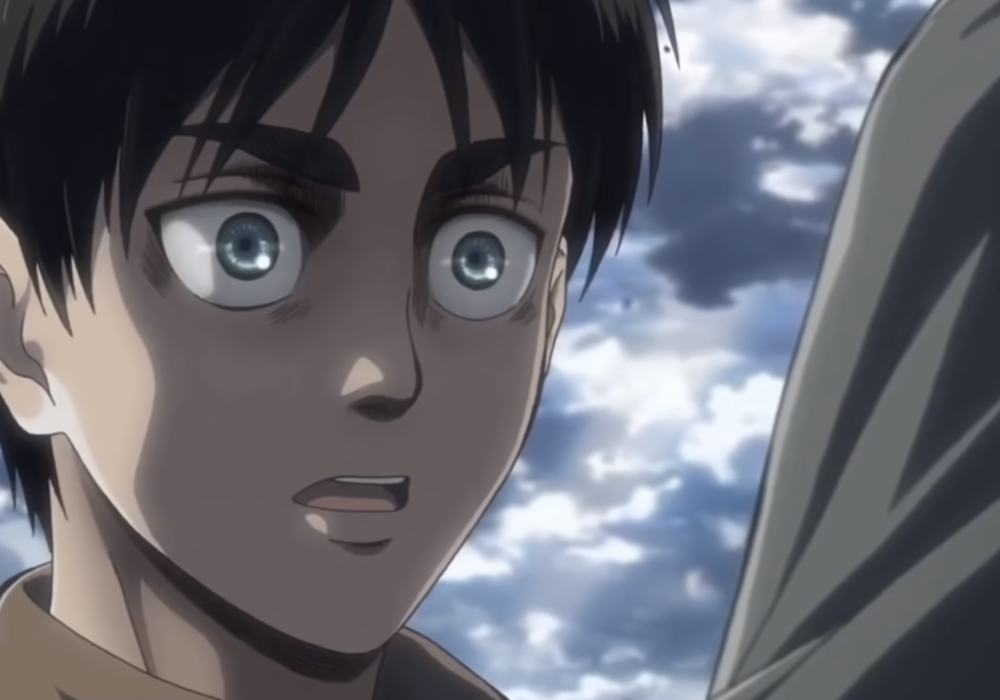 Eren’s whole life changes when his town gets attacked by titans, which are huge human-looking beings whose only instinct is to eat people. He joins the Survey Corps, a military branch involved in direct fighting and researching titans.

If you’re someone who’s not too fond of the usual anime tropes, you might enjoy Attack on Titan. It’s got a compelling story that evolves into a tale bigger than you expected.

Edward and Alphonse are brothers who excel in alchemy. One has a metal arm and leg, and the other is just in a suit of armor.

Not a lot of people know that behind their exceptional alchemy skills and metal appearances is a story wrought in tragedy.

For a show with an intriguing plot, action-heavy sequences, and creative alchemy scenes, FMA: Brotherhood is a masterpiece to behold. This is the second anime adaptation of this story, which is truer to its manga source, so make sure to watch this specific title. 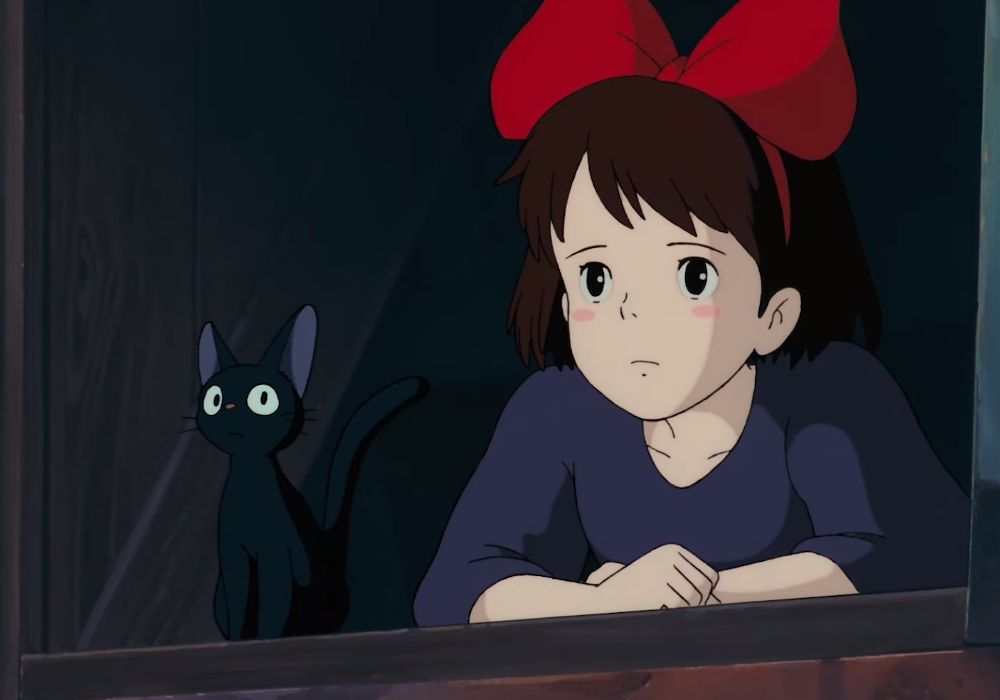 Kiki is a witch-in-training who’s eager to leave her mark in the world. She flies to a new town to find a job where she can use and practice her magic. But what happens when the picture-perfect job she envisions turns out differently?

Watching this movie at different stages of your life will hit you differently. As a kid, you see it as a fun magical adventure, while as an adult, you notice the nuances, like how responsibilities and fitting in can weigh you down.

This is why we put this title as our most recommended!