Because of the continued popularity of anime, you can’t help but notice that the medium has become saturated, plentiful, and overwhelming.

Multiple anime shows per season are still a welcome sight, especially for avid anime viewers. But only some really stand out by having a very compelling story.

For this Nerd Bear article, let’s look at the best anime plots ever. From giant robots to time travel and pirate life, we’ll look into each of these shows to see what makes their plots unique and awesome. 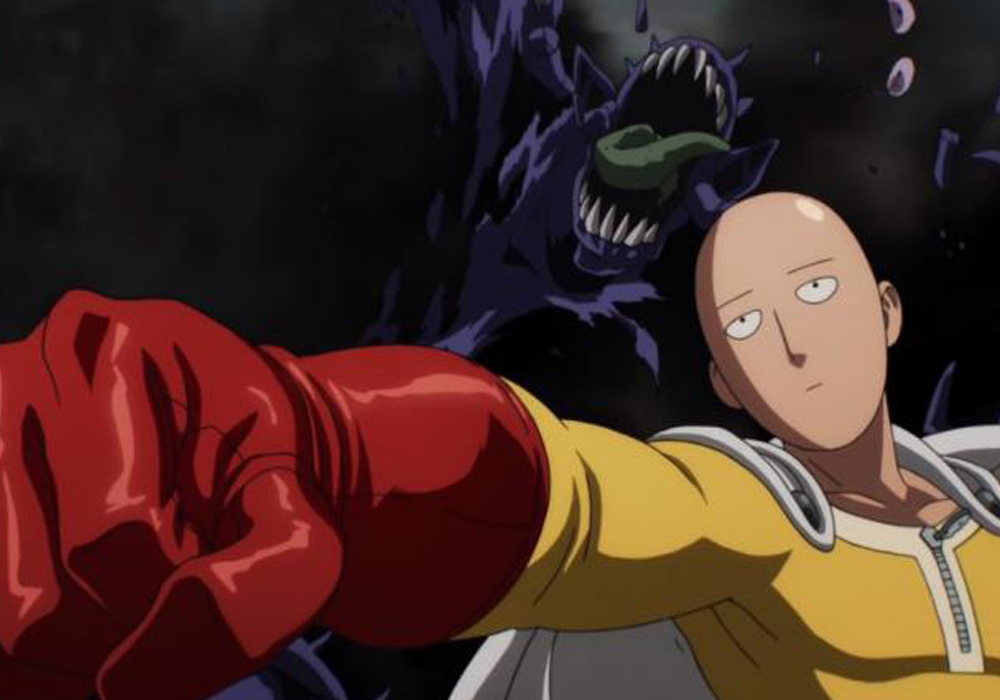 It’s nice to cheer for the good guys against evil-doers. It’s also cool to see powers and action scenes.

One Punch Man does the superhero genre with a little goofy and satirical twist.

He became the strongest superhero in the story. But he lost all his hair and looks bored most of the time. That’s the price to pay for being a superhero. 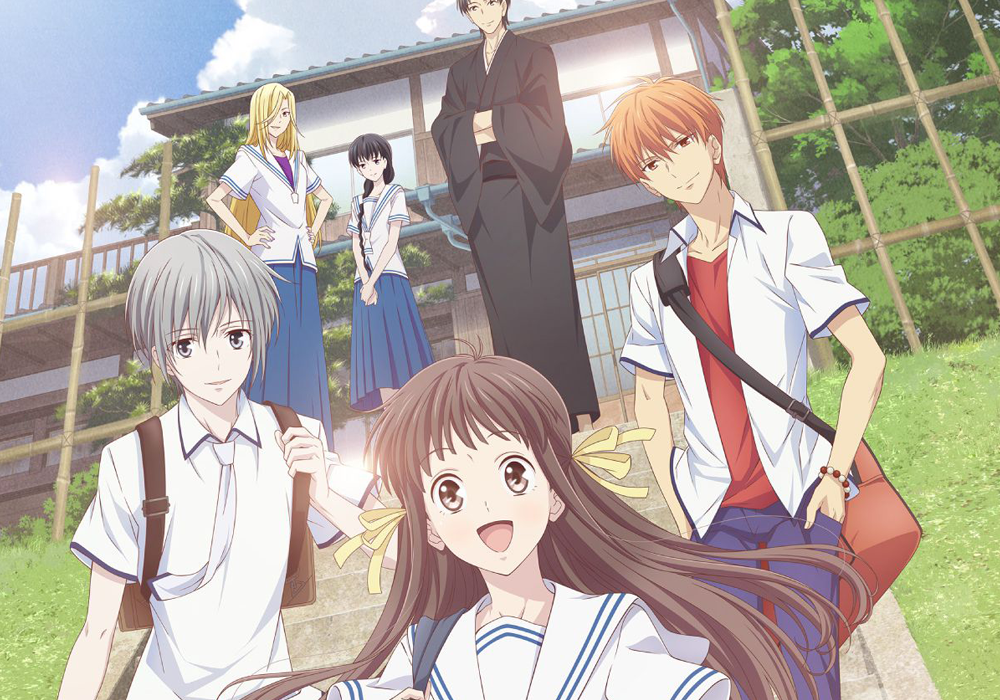 If drama and romance mixed with supernatural lore is what you’re looking for, you can’t go wrong with Fruits Basket.

You follow Tohru, a kind orphan girl, as she helps a cursed family work through their problems and issues.

Their curse makes them transform into animals of the Chinese Zodiac lore! Hijinks sometimes ensue, but most of the time, you’ll be in tears.

Ready your heart and some tissues! 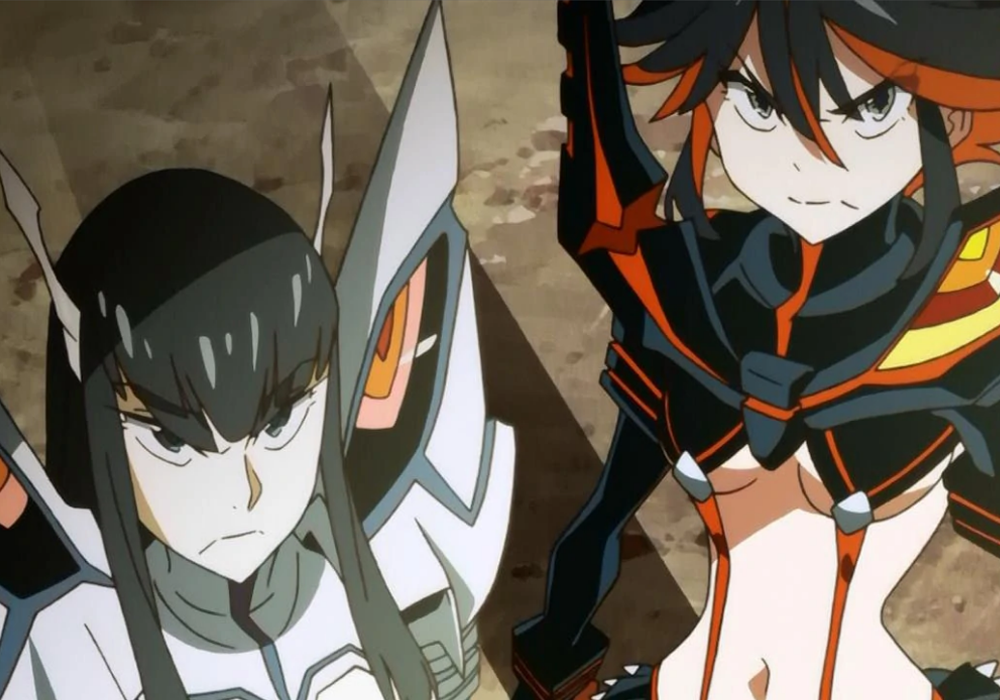 Whether you’re for or against it, fanservice in anime is a tough beast to tackle. With its skimpy outfits and detailed costume transformations, Kill la Kill definitely has fanservice in spades.

But what sets it apart from other fanservice-y anime is that the show cleverly writes the skimpy clothes aspect into its plot.

Threads come from parasitic alien beings, so the less clothes you wear, the better it is. The show also makes it a point to be comfortable in your own skin.

Okay, you get a slow clap from us for that, Kill la Kill. 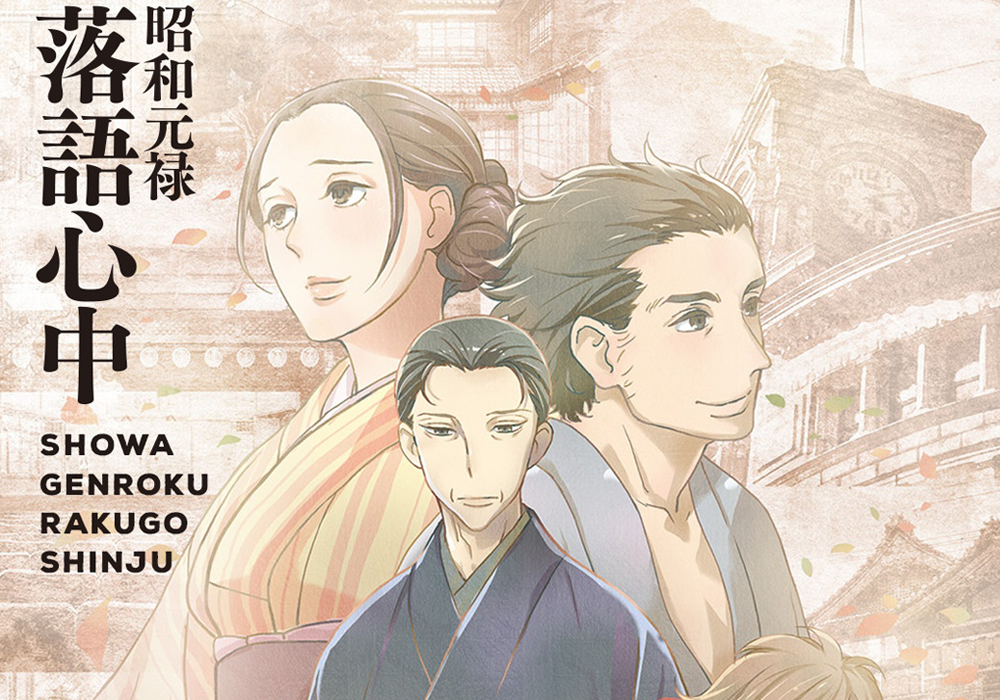 Rakugo isn’t something you would think could be turned into an anime. It’s basically a kind of narrative performance set in traditional Japanese style.

But Showa Genroku Rakugo Shinju proves that any topic can be adapted into an anime, so long as you have a compelling plot and excellent writing.

The show delves into the lives of people in the rakugo industry. It lets you peek into their childhood and backstory, as well as see them struggle and climb up in the world of rakugo. 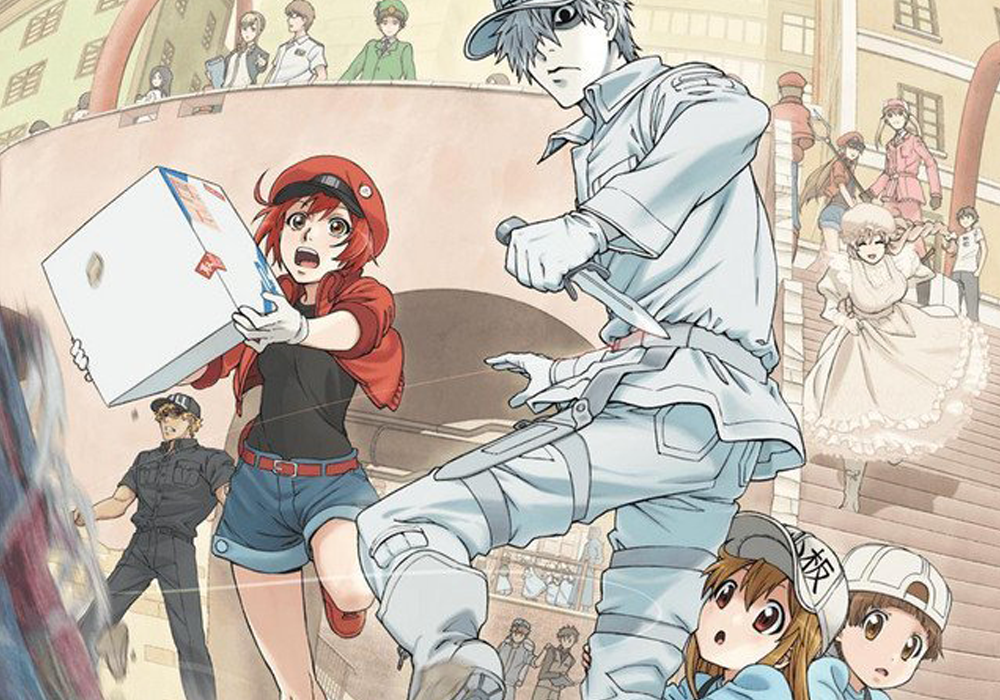 Want to learn science but with cute and cool anime characters? Give Cells at Work a try!

The story follows a Red Blood Cell as she navigates the human body and performs her task to help keep the body going.

Along the way, she meets other characters, like the ruthless White Blood Cells, the adorable Platelets, and the terrifying viruses!

Science has never been this fun. 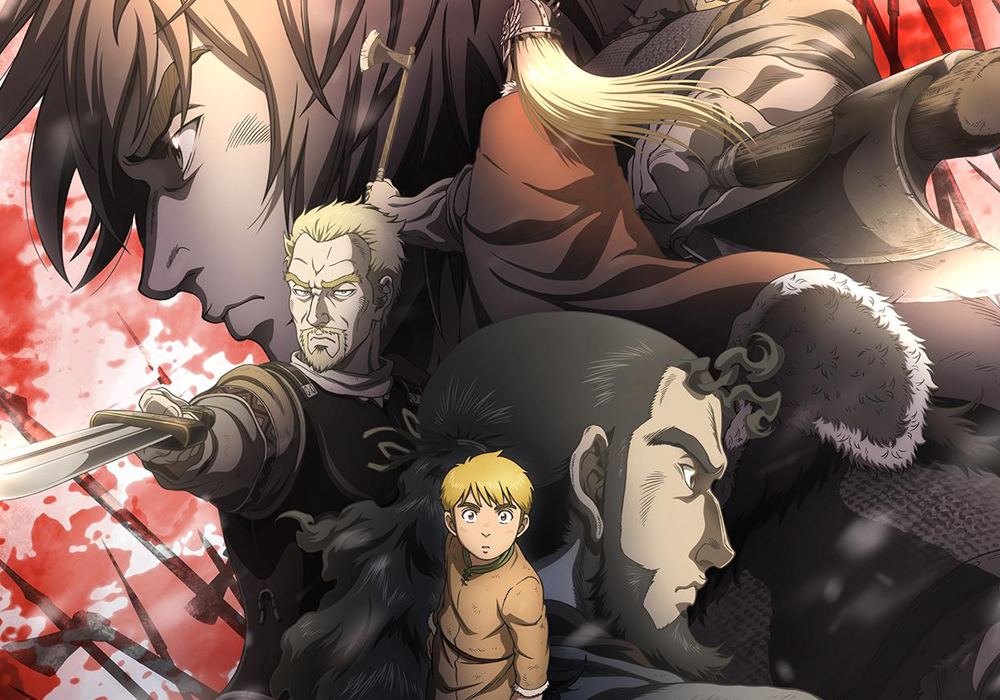 If a historical setting is more to your liking, Vinland Saga is a tale about Viking life and the realities of war.

You follow Thorfinn, a young lad who dreams of reaching the land of legends, Vinland. There, the stories say that it’s a place of warm and fertile lands, completely opposite to his icy village. 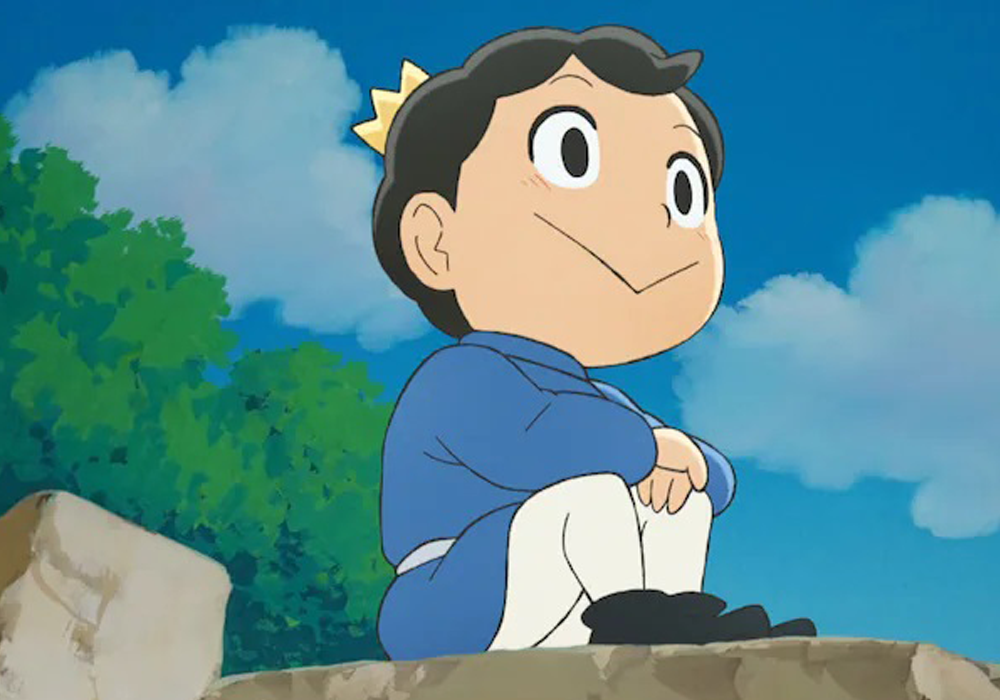 Hailed as the next king, Bojji tries his best to show the kingdom that he can be a capable leader someday, despite his deafness.

Sadly, people just laugh at him and dismiss his potential due to his impairment.

Thankfully, he finds friendship and companionship with a mysterious shadowy entity. And it seems like the shadow is warming up to him too. 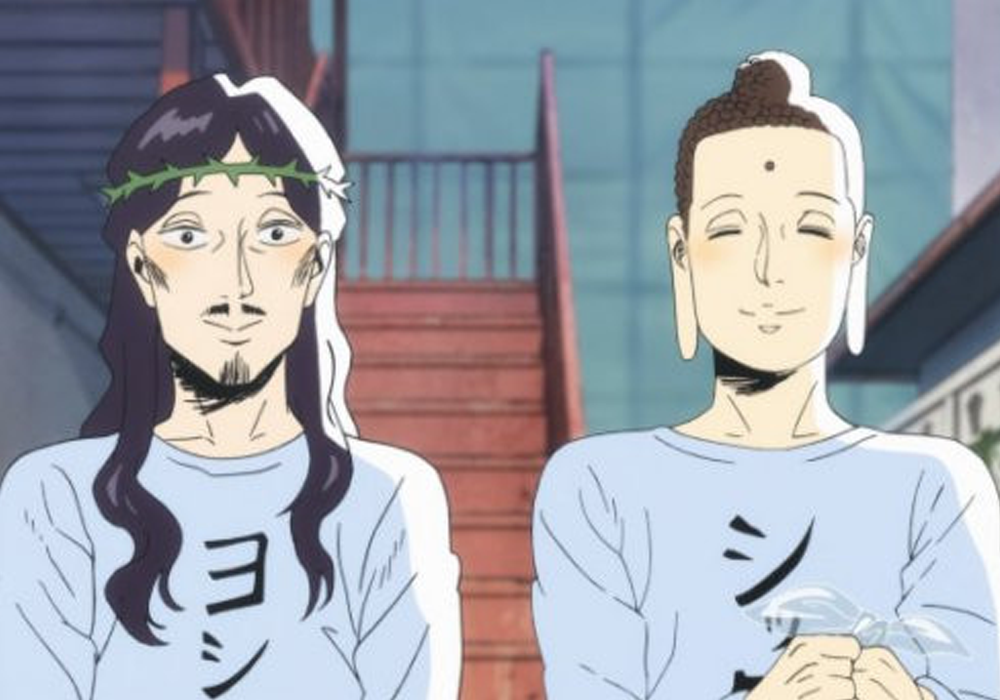 Have you ever wondered what it would be like if Jesus and Buddha stayed on Earth as roommates?

Sounds quite specific, but you’ll be happy to know that you can find your answers in Saint Oniisan.

This comedy anime shows you their Tokyo life as they navigate their way through vacations and quick trips to the convenience store. The entire time, they try their best to hide their identities! 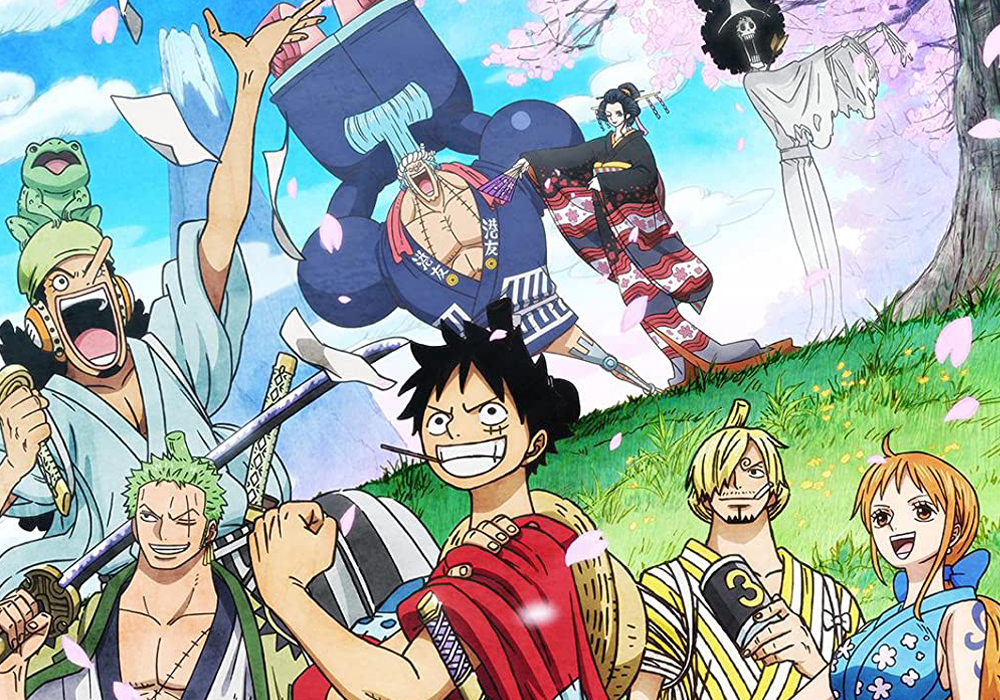 Pirates, powers, treasures, and friendship are what you can expect from One Piece. It’s a captivating journey of a young kid and his dream of becoming the best pirate and getting the legendary One Piece treasure.

What sets it apart from other shounen shows is its vast world, sense of adventure, and genuine found family relationship.

And the treasure, One Piece, is an actual tangible item! Friendship is definitely some kind of treasure, but mangaka Eiichiro Oda has confirmed that One Piece isn’t that. 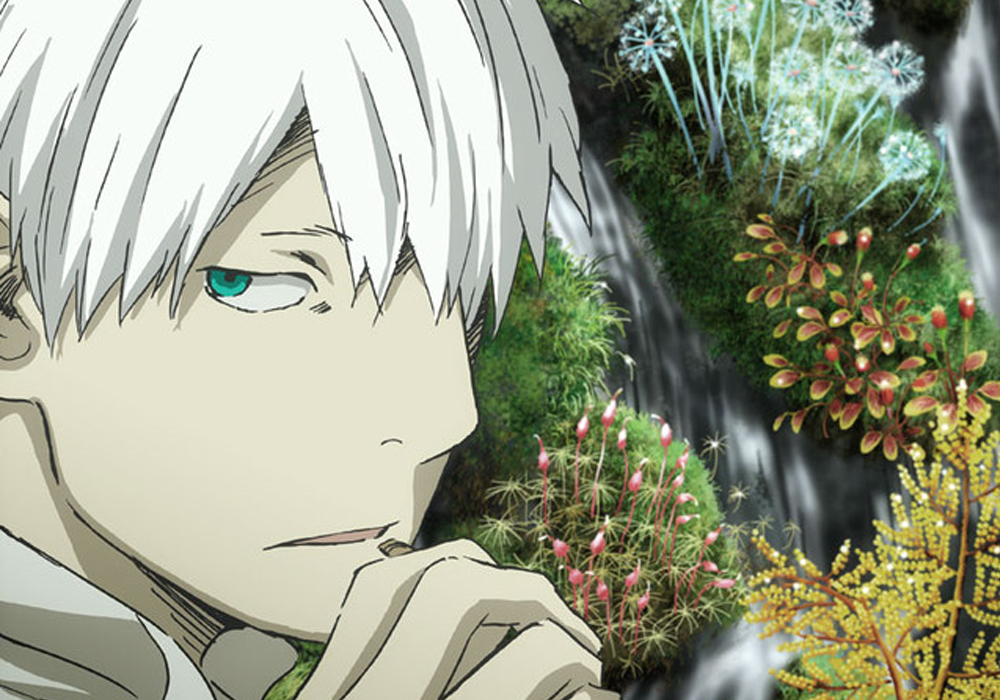 Strange and barely visible creatures, called Mushi, cause supernatural happenings. A wanderer with the name Ginko visits places to understand these creatures properly.

Along the way, he helps people with their Mushi problems. Even though some events lead to unfortunate circumstances, the Mushi are not good or evil beings. They solely exist. 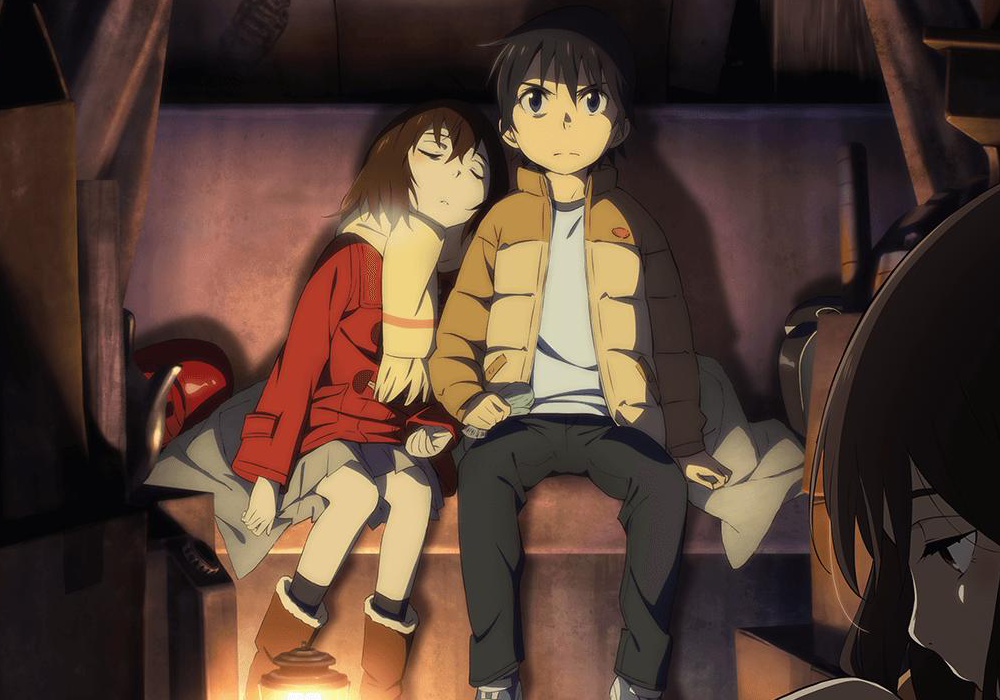 A man finds himself transported to the mind and body of his kid self. He has to solve the tragic tale of his classmate in order to save the people in his present life and get back to his own time.

This isn’t a long anime series as, well. So if you’re looking for something quick to binge this weekend and feel like solving a mystery, ready your thinking cap and watch Erased. 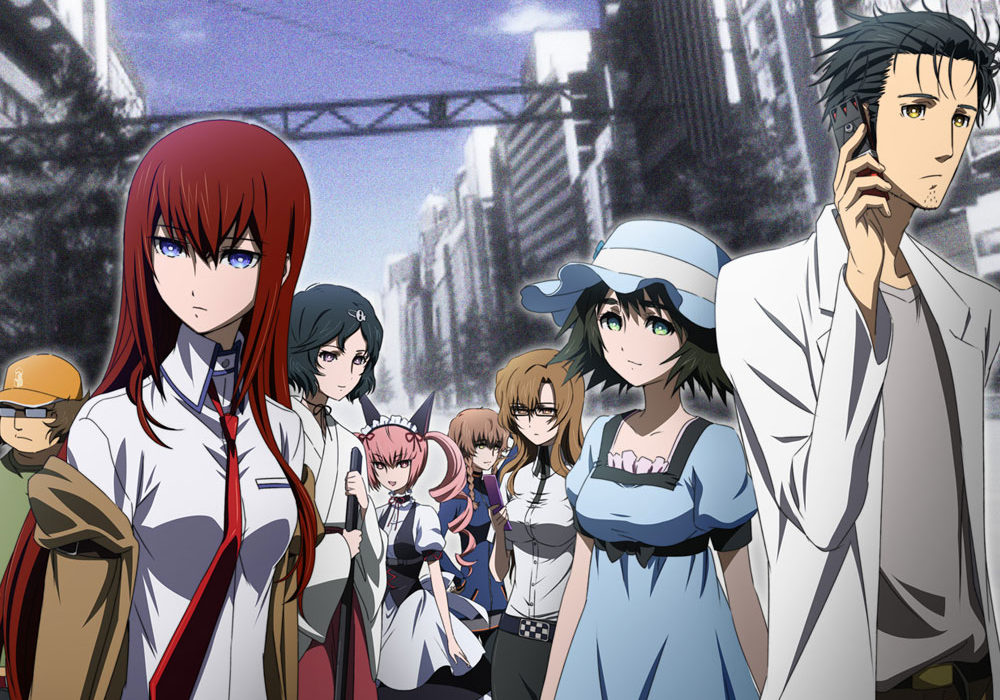 Okabe and friends discovered a way to alter events just by sending a special text message.

They keep messing with it until the consequences of their actions reared its scary head at them. 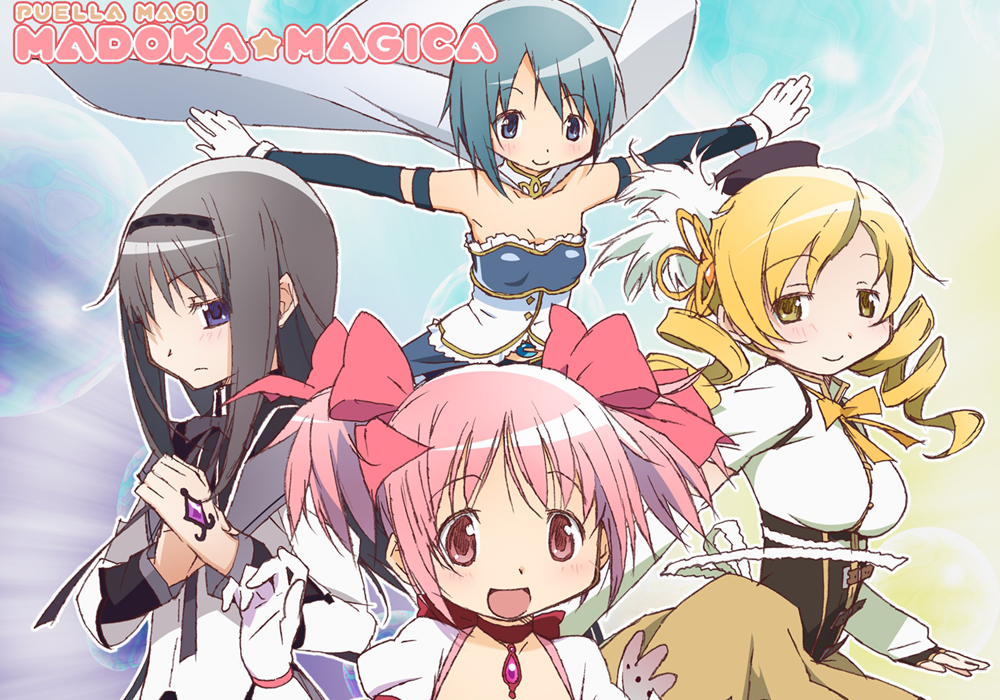 Mahou shoujo is a popular genre among anime fans. It’s always colorful and cute with adorable animal sidekicks. And the costume changes are always so pretty!

But if you want something more than that, you might want to give Magica Madoka a try.

It’s not your typical magical girl show since it deals with witches, consequences, and entropy. 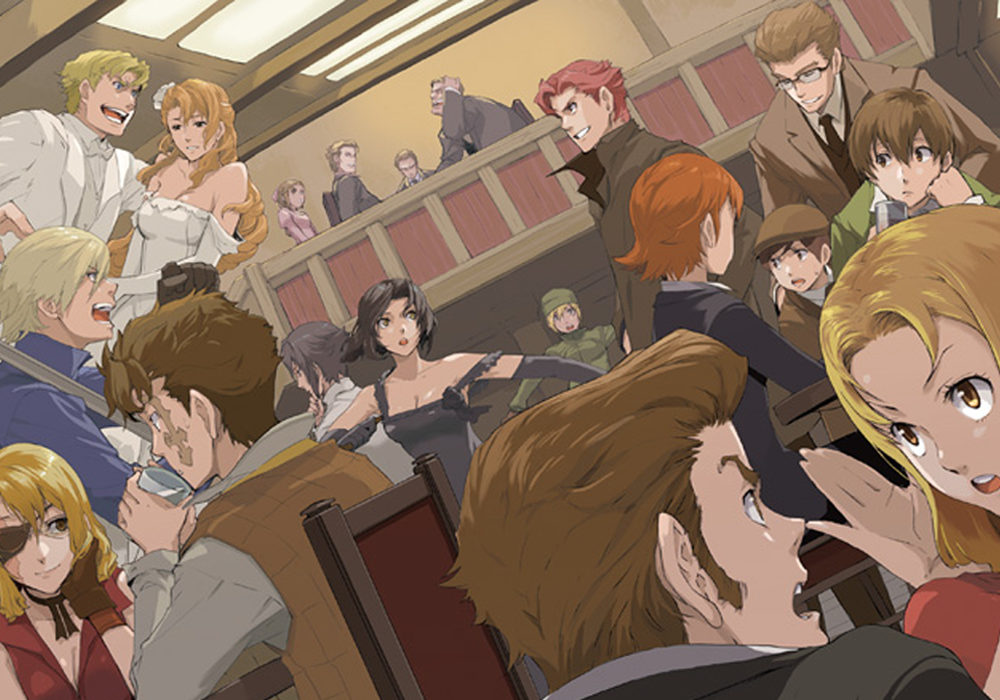 Seemingly unrelated events happen at different points in time in Baccano. You are shown a barrage of varied characters with curious stories of their own.

But the entire time, you’re left wondering how everything connects.

A train enigma with an odd couple? Mafia gangs in Chicago? A mysterious shipwreck? Baccano will boggle you and grip your interest the entire time! 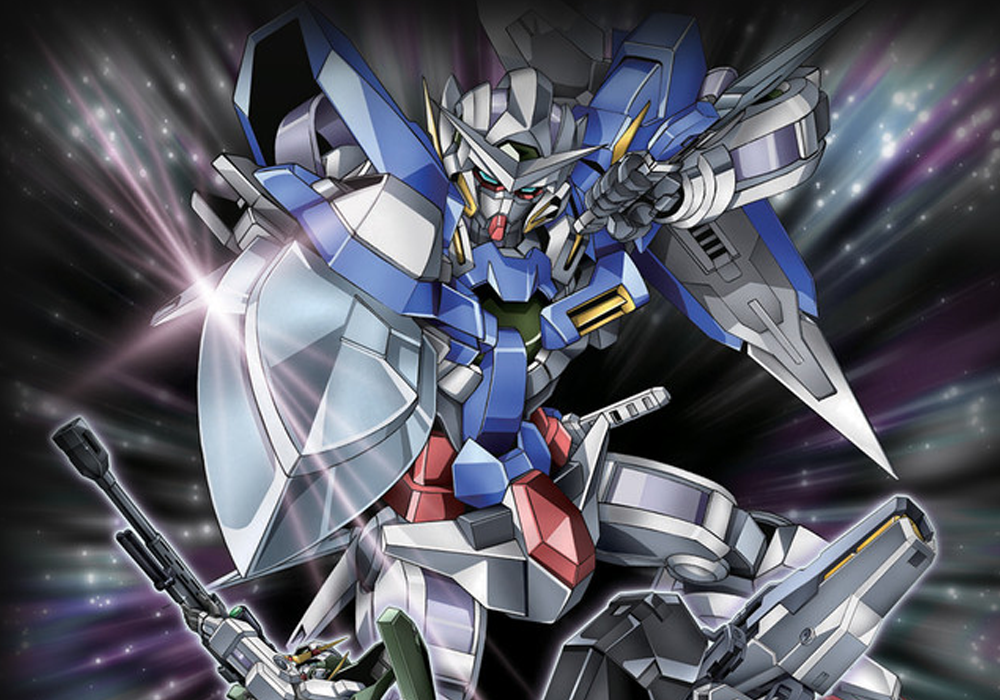 Gundam might seem like an intimidating series to tackle for any newbie. Even as a veteran anime watcher, it still seems like a scary behemoth of a series to dive into.

Don’t worry, Nerd Bear is here to help! Aside from our list tackling the best Gundam series, the show can be simply summarized as such.

The main timeline, called Universal Century, is about a space colony rebelling against the Earth Federation.

Some Gundam shows follow this primary timeline, while others take place in a totally different universe or time.

Essentially, Gundam is a space opera with cool giant robots. If that doesn’t hook you immediately, then I don’t know what will. 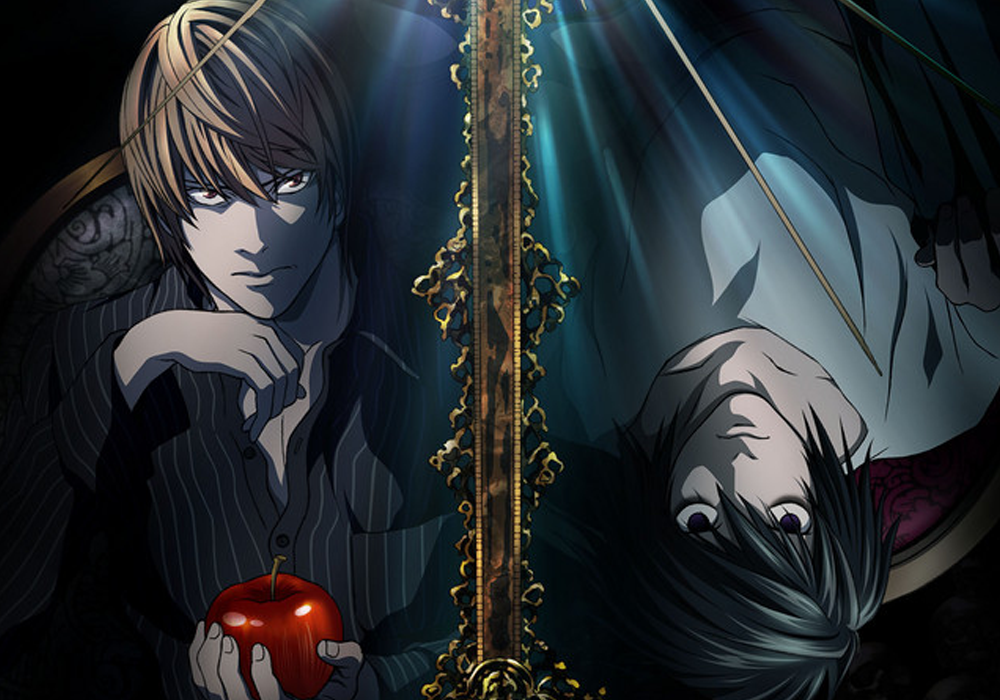 What happens when an eager teenager hellbent on changing the world gets a nefarious means of implementing his plans?

On the outside, Light seems like the perfect student and son. He’s intelligent, charming, and spends time with his family. What people don’t know is that he abhors the way of the world.

He thinks he can bring forth change. So when a mysterious notebook that can kill people by just writing their name ends up with him, he gets to work immediately.

He starts out with a righteous-sounding goal. But what he doesn’t realize is that absolute power can easily corrupt anyone. 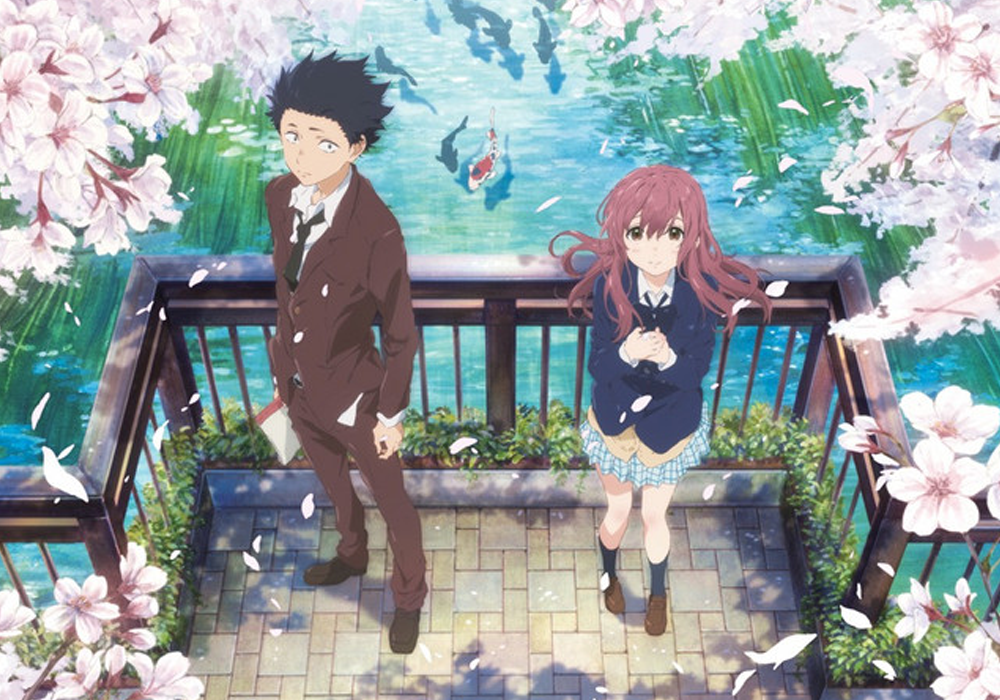 Not in the mood for power battles or school hijinks? How about a heartfelt story about the struggles of life and learning from your past mistakes?

A Silent Voice deals with heavy topics, such as bullying and disabilities. A deaf girl transfers to a new school but is met with unpleasant treatment from some of her new classmates.

One of these classmates realized the error of his ways and decided to make amends.

It’s a  difficult journey to witness, and you should be prepared to shed a tear or two or a thousand liters when watching this movie. 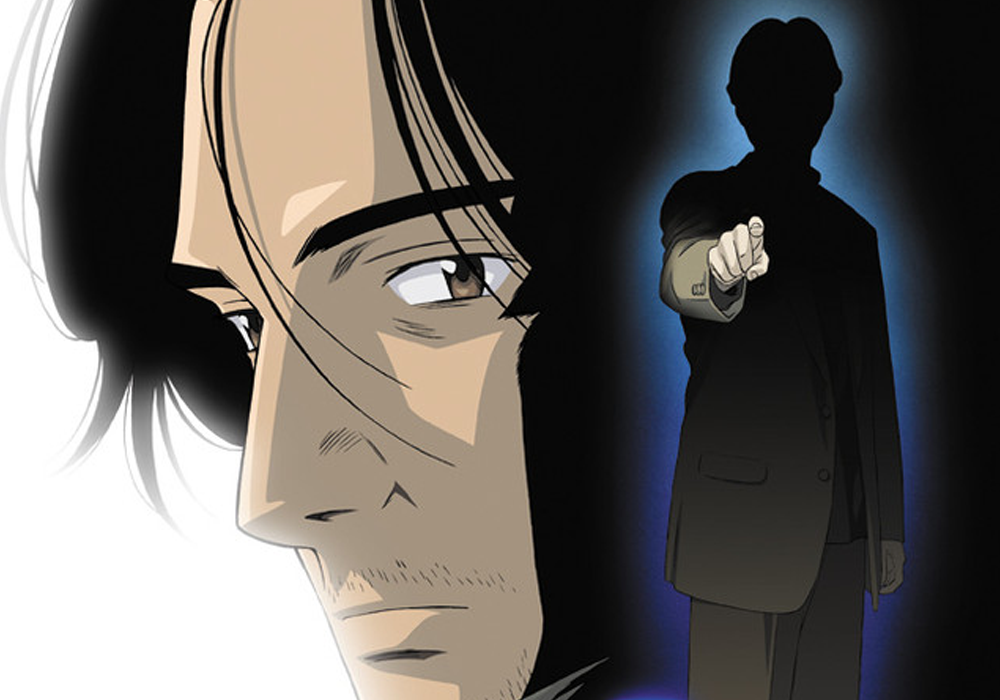 Dr. Kenzou Tenma was a renowned surgeon on his way to bettering his career. He already had a cushy job in a good hospital, was about to marry the hospital director’s daughter, and get a promotion.

But guilt started to plague him when the hospital forced him to perform surgery on someone famous instead of an immigrant worker. When a similar situation came up again, he chose to do what’s right.

Unfortunately, this time was different. His choice led to a series of consequences that put his life and other people in serious danger.

That night, on that operating table, he apparently helped a monster get a new lease on life.

Fair warning, Monster tackles a lot of heavy and dark topics. Make sure you’re okay with it before diving into the show! 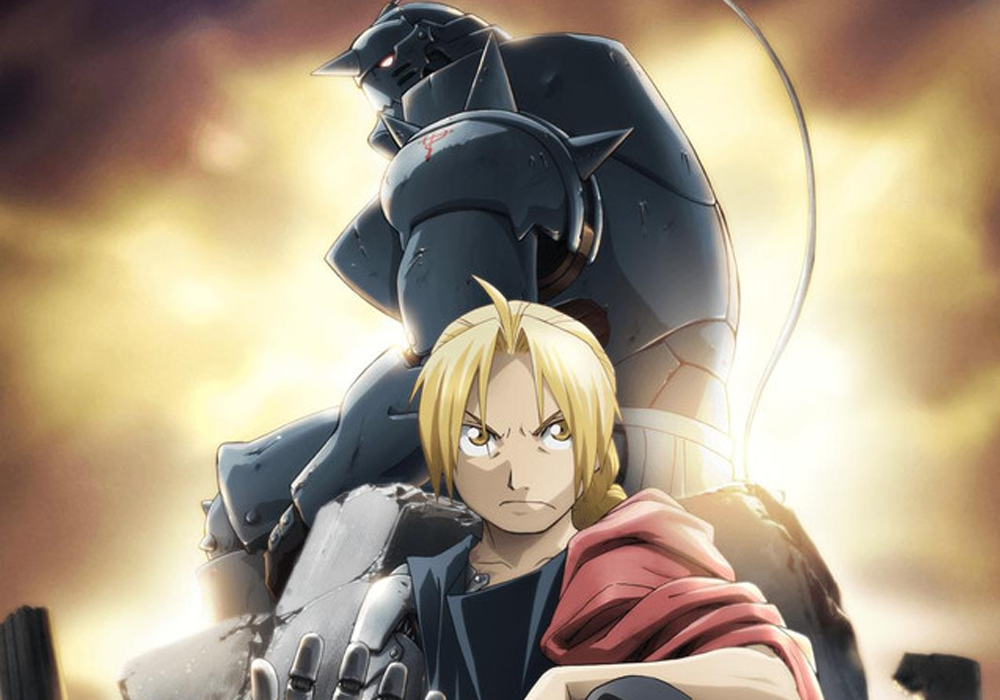 In the world of Fullmetal Alchemist, alchemy is the powerful science and mystical art of manipulating and changing matter.

You follow the brothers Ed and Al Elric on their quest to learn more about alchemy.

Years ago, when they were kids, they tried to dabble with it but bit more than they could chew. In their journey, they meet other people with their own stories regarding alchemy.

To this day, Fullmetal Alchemist remains to be one of the most popular anime due to its unique plot, captivating worldbuilding, a solid story, and excellent conclusion. 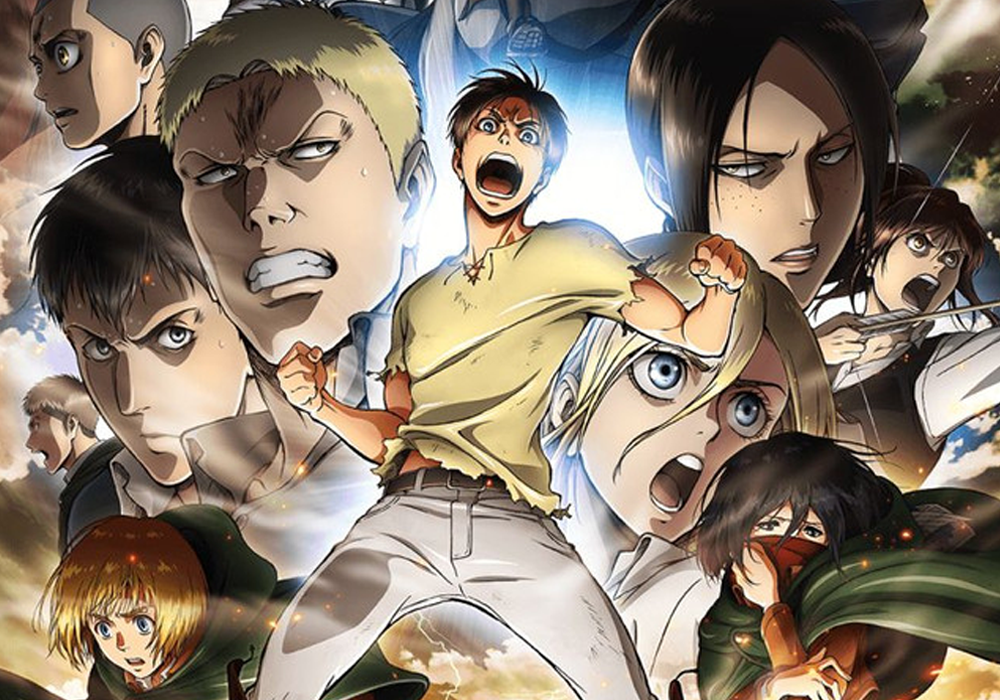 These creatures, called Titans, plagued their kingdom years ago and have come back to wreak havoc again.

Why are there Titans? Can they find a way to ultimately stop these beings? Is there even a world beyond the walls of their kingdom?

Attack on Titan has one of the most unique plots in anime. Not only do you get a thrilling and compelling story, you slowly unravel the truth about their world.

You also get some kind of commentary about real-world events.

Right now, anime watchers don’t know how this tale will end. It’ll be a while before the final season drops, so we’re all just at the edge of our seats! Hopefully, we’ll get a satisfying conclusion. Manga readers, what do you think?