A Hat in Time is one of the cutest, most whimsical games to come out in recent years. It’s a cute as heck toony adventure that has no dull moments. Its semi-serious art style with a childlike wonder makes for an aesthetic that stands apart from anything else in the industry.

Gears for Breakfast struck genius gold with this game.

Not to be confused with Mario Odyssey, which also features a notable hat, this game is nothing like it; Dare we say, it’s better. We’ll pick a spunky girl with a big hat over an immortal Italian plumber any day of the week.

Please keep reading for our top picks of A Hat in Time mods that make the game more fun, less frustrating, or more interesting. These mods will make for a fresh experience every time you play as a tiny Hat Kid. 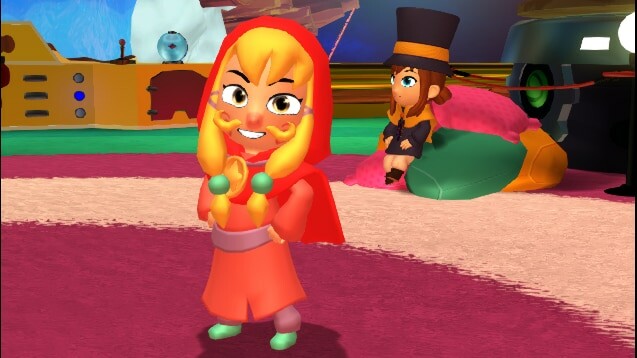 Hat Kid is undoubtedly the star, but Mustache Girl is an absolute scene-stealer.

As this custom character, players can’t utilize hats, climb walls, or do homing attacks, but that doesn’t mean that this girl can’t get the job done.

This mod has an option that lets her use all of the regular Hat Kid abilities, effectively making her a Mustache Girl reskin.

We prefer to use her as a simple model swap; Hat Kid’s gameplay can’t be beaten. 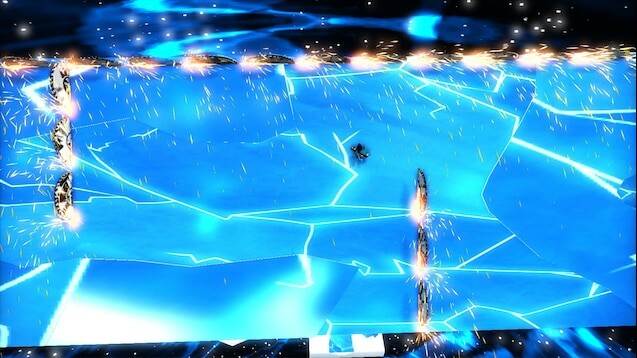 There aren’t many mods that add fun minigames/side activities for fun’s sake.

No Bonk Surfing is a custom map that is meant to highlight the capabilities of the No Bonk Badge.

This map features bright blue streaks, a dark sky, and a multitude of platforms, arrows, and obstacles to traverse and slippery, breakneck speeds while surfing under the frictionless influence of the No Bonk Badge.

Wall run to your heart’s content. We had a good hour of fun with this one. 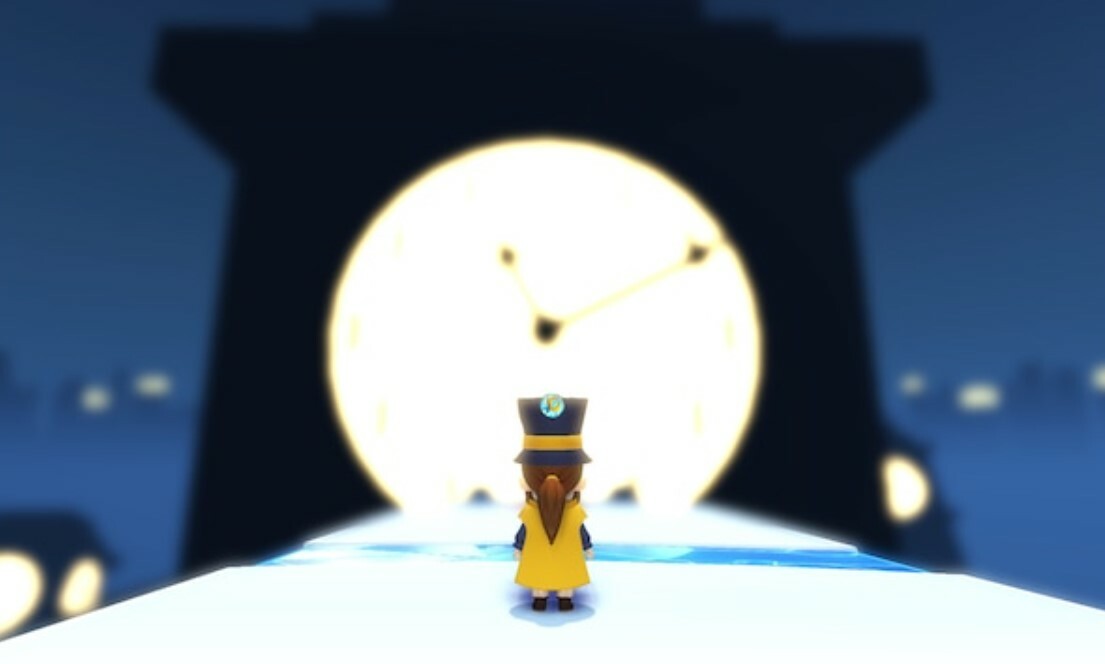 Just Like Clockwork is a visually striking custom level for A Hat in Time. This mechanical time rift dash for a time piece is a creative delight.

The stage features ominous clocktowers, an endless sky, and long gear-covered spires the player must traverse to make it to the end. You’ll need the Ice Hat and Hookshot Badge to claim the time piece.

Just Like Clockwork strikes a great difficulty/fun balance, custom stages tend to be easy or punishing; this one is just fun and fair. 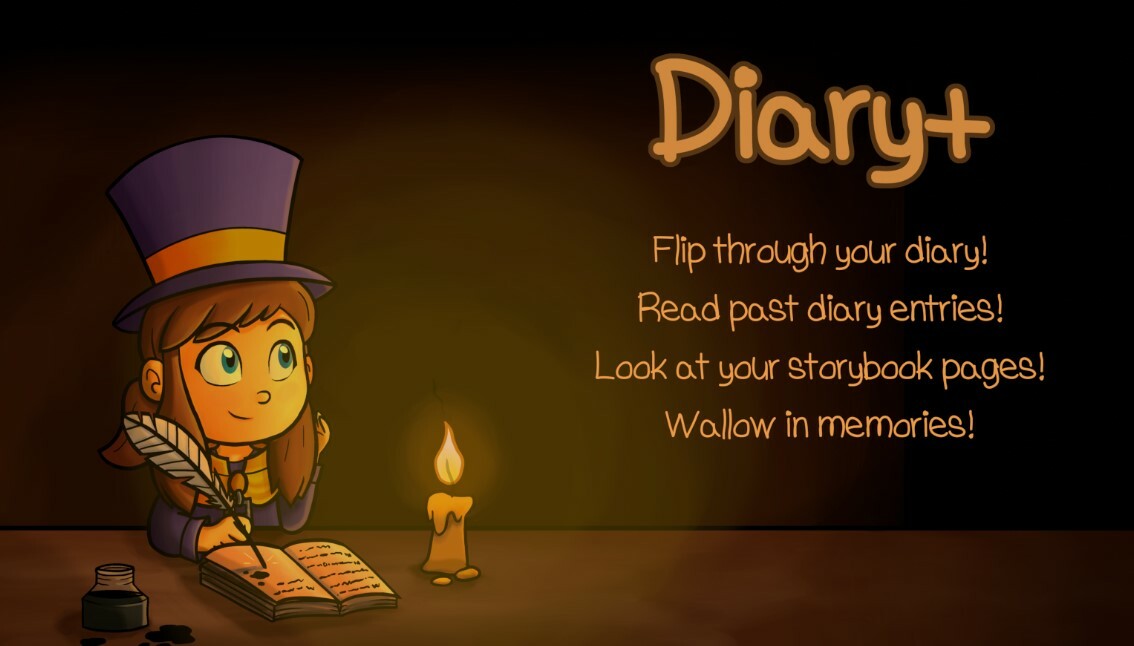 The diary entries in a Hat in Time are beyond charming. This mod adds a clean interface that allows you to flip through the diary, ready past entries, and peruse the storybook pages.

A Hat in Time is all about its charm, and this mod highlights that.

We spent way too long just flipping through Diary Plus. 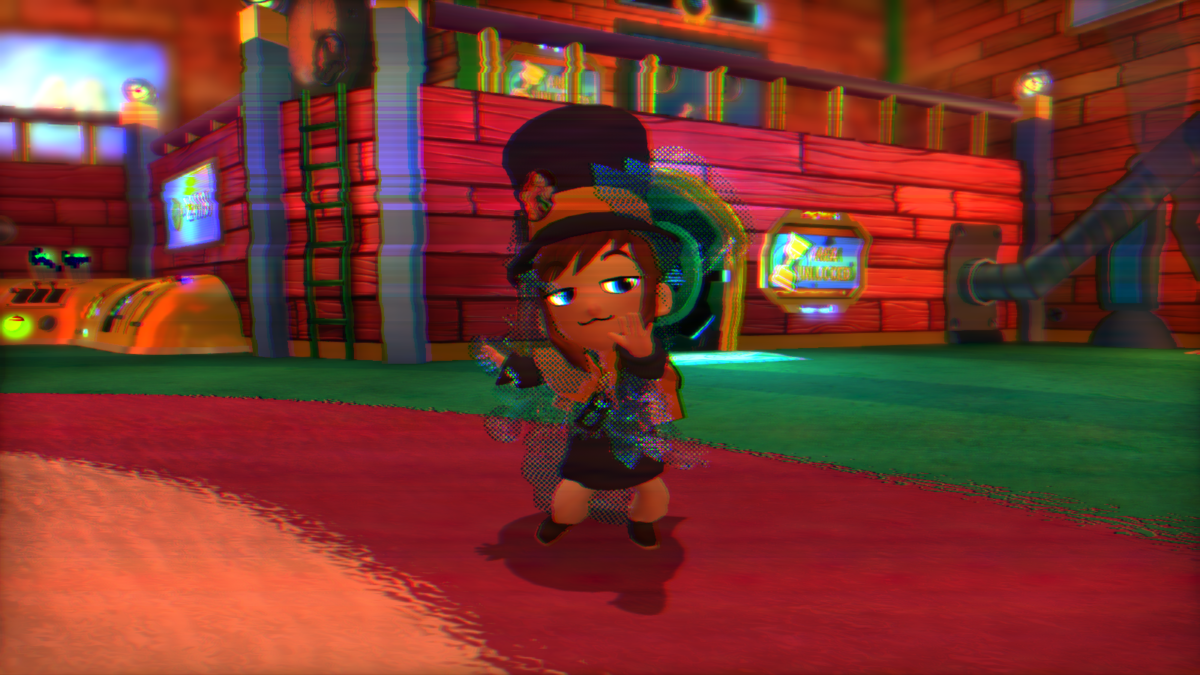 This mod allows players to perform the vibey Peace and Tranquility animation that has become a minor meme.

This mod is just a neat little trinket. Feel like taking a break mid-level? Trigger the Peace and Tranquility music and dance for a few moments.

The particle effects and overlaid post-process effects make for a beautiful view to admire when you relax. 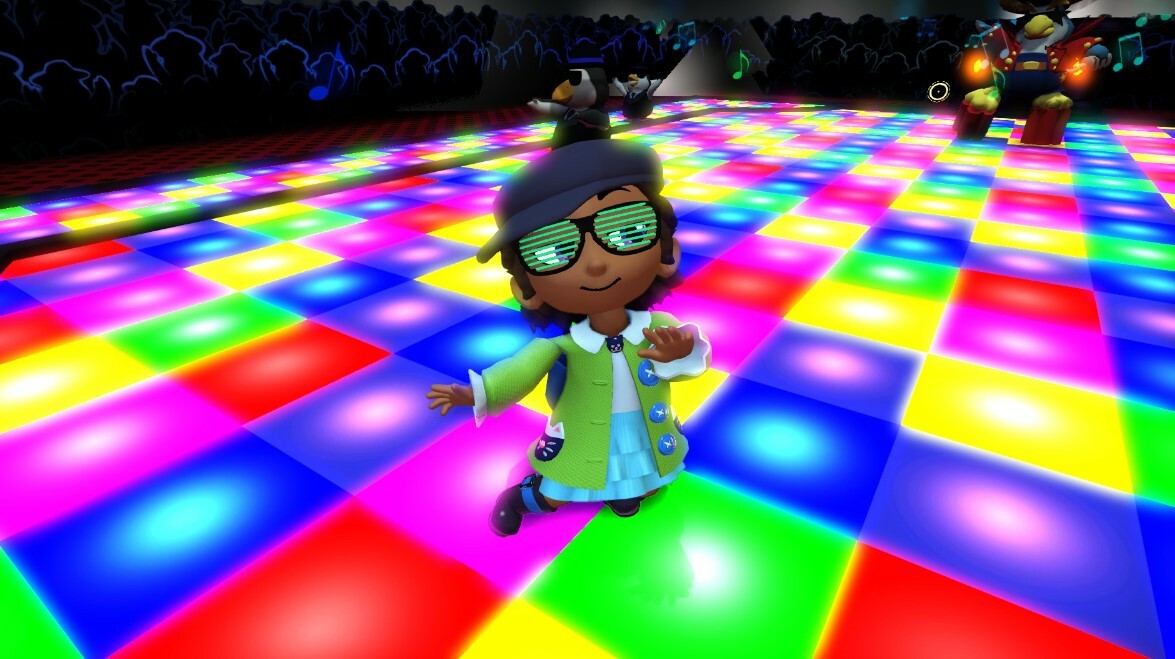 Groovin’ to the Moon is an exceptional custom map for A Hat in Time that looks like a neon disco world in space.

This stage takes players on a party-fueled adventure. Pass through nightclubs, across a cityscape, through the sky, and over floating neon dancefloors and light-up signs.

Keep your eyes peeled for a custom-modeled Time Stop hat flair somewhere in the stage.

Custom maps are THE best part of the A Hat in Time modding scene; we like this one a lot. 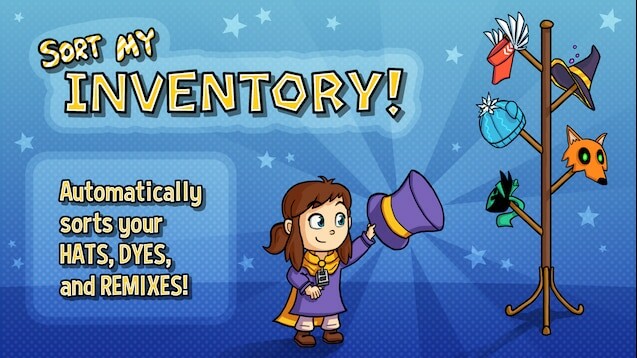 Inventory management is the bane of many gamers’ existences.

Sort My Inventory automatically sorts the player’s hats, flairs, dyes, and remixes. This saves a significant amount of time usually spent looking for specific hat flairs. The mod now groups them together by hat type.

Inventory mods are among the best quality of life improvements that modders bring to games. Organization is not the strength of everyone.

Back up your save! Some people seem to be complaining that this mod deletes items on occasion; we didn’t run into any issues, though. 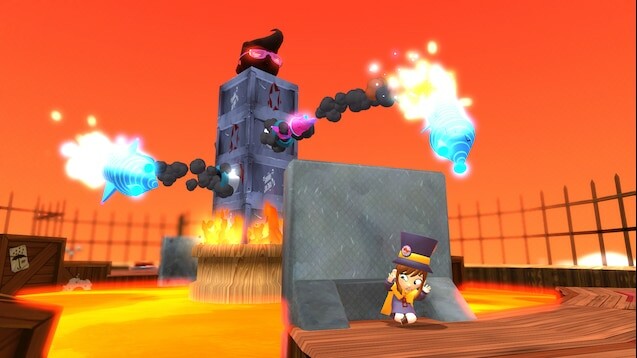 If you’ve been a fan of A Hat in Time for any significant amount of… time… we bet you knew this was going to make it on the list.

Gold Leaf Galaxy is a world from Super Mario Galaxy that has been custom-made to be inserted into A Hat in Time.

This gilded autumn-themed world is a favorite of most players. 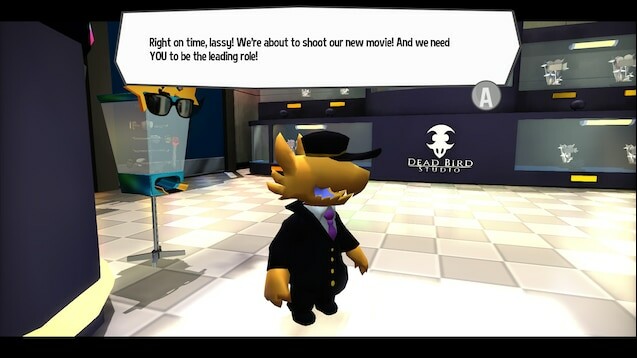 This mod features what the creator calls “microgames,” including a new boss. Each microgame is a novel bit of gameplay and humor; fans of WarioWare will feel right at home. The only requirement is the Hookshot badge for one of the microgames.

Smooth Moves does not take itself too seriously, even though it’s a modest challenge and the result of obviously hard work. Take a thematic adventure through 28 microgames filled with memes, jokes, and surprises. 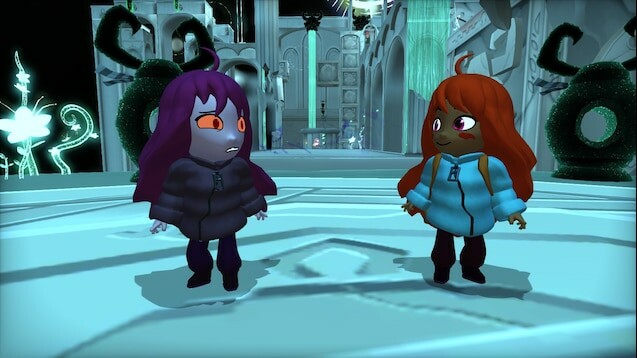 The fandoms of A Hat in Time and Celeste overlap a great deal.

Mt. Celeste Climb is a time rift fashioned after the 2D platformer Celeste that is packaged with custom collectibles, new mechanics, and costumes. The similarities between these two games are shocking if you think about them.

On the surface, they’re different, but they’re both fantastical platformers featuring bold small girls with exceptional skills and smarts.

The wall-jumping, spikes, and platforming of Celeste translate beautifully into A Hat in Time.

While we were collecting secret strawberries wearing the full Celeste costume, it was easy to forget we weren’t simply playing a 3D remake of Celeste. (Almost.)

This mod is worth at least a couple of hours of novel enjoyment. 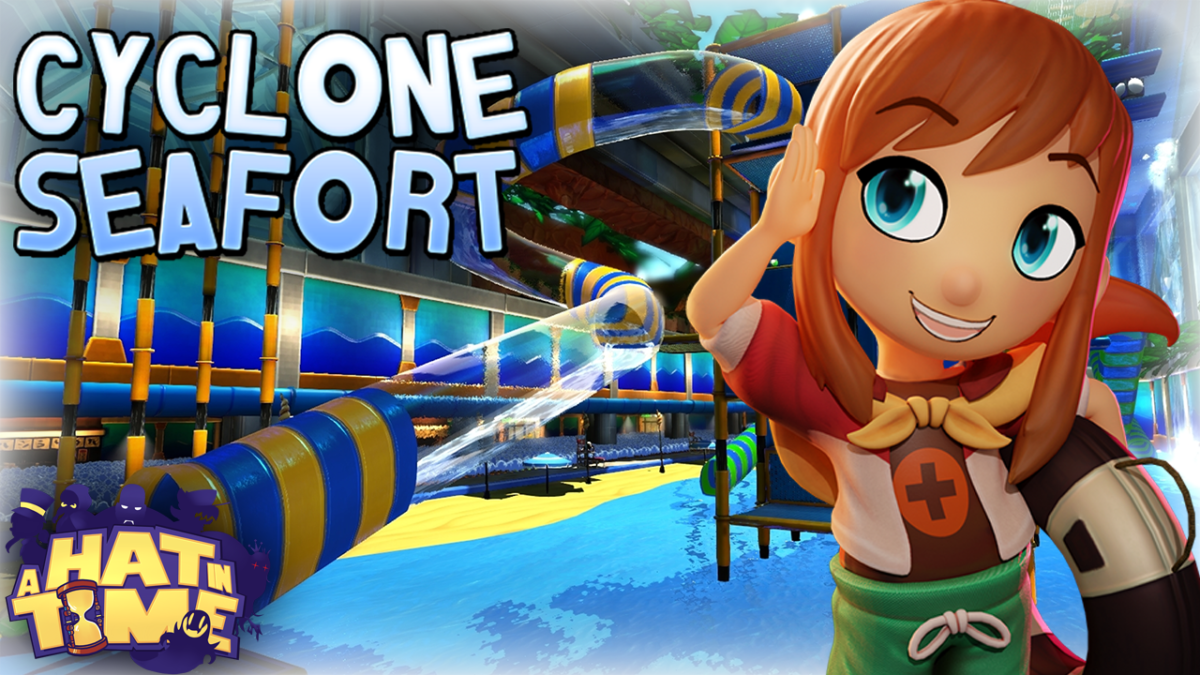 Cyclone Seafort is a vacation-themed stage set in a tropical, wet, and wild paradise.

Initially created as a contest submission, this mod is stuffed with dynamic settings that vary from deep sea tech, island resort vibes, white water canyons, and mega waterparks. Make sure you pack a waterproof hat.

The custom voice lines are a nice touch—outstanding work here. 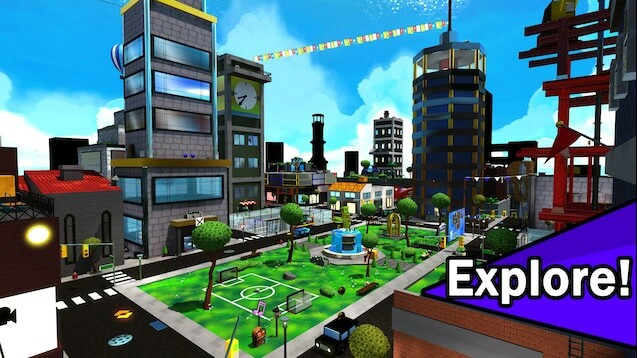 The Mario Odyssey comparisons are unavoidable.

New Hat City is a winding urban stage full of nooks and crannies for Hat Kid to explore, along with 3 “Collectathon” challenges to test the player’s determination.

There are two-time rifts and three additional challenges; that’s a total of eight new time pieces to snatch.

Our favorite experience in this world was climbing the buildings. The heights you can reach, along with the unreal density of small details and interest, were a blast. 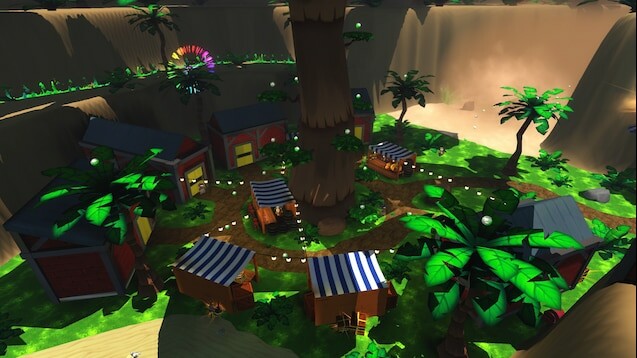 Where exactly does the Conductor go when he isn’t leading the Owl Express? This mod creator answered just that.

The Conductor’s Village is a custom small forest town where the Express Owls live.

This level is charming, creative, and down-to-earth. Hat Kid conquers this challenge by helping all of the Express Owls with their varied needs and wants.

Requiring the Witch Hat, Ice Hat, and Hookshot badge, this stage is a nice little challenge for a fresh well-deserved time piece from the very grateful conductor. On top of that, be on the look for seven yarns, four rift tokens, and a relic. 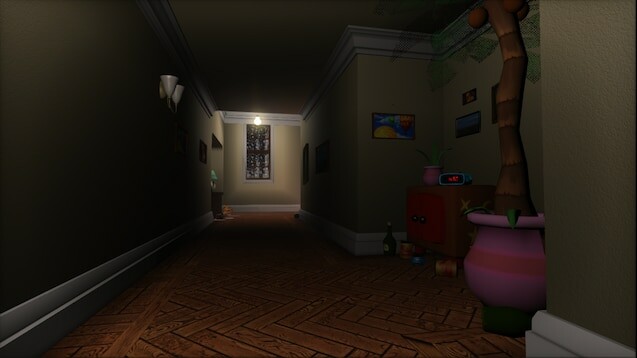 This mod is understated by perfectly adequate.

Playable Time is a creepy, ambient stage for A Hat in Time that is a recreation of the legendary Playable Teaser of the game Silent Hills, which never came to be.

We are floored that someone was able to make a stage this emotional, tense, and terrifying in a game as fanciful as A Hat in Time.

It’s a work of genius. Players will feel their hearts catch in their chests; Players will hold their breath without realizing it.

It would be best if you experienced this mod; it can’t be described. Especially if you’re a fan of Kojima’s work or of Silent Hill, download this immediately.

My voice, can you hear it? 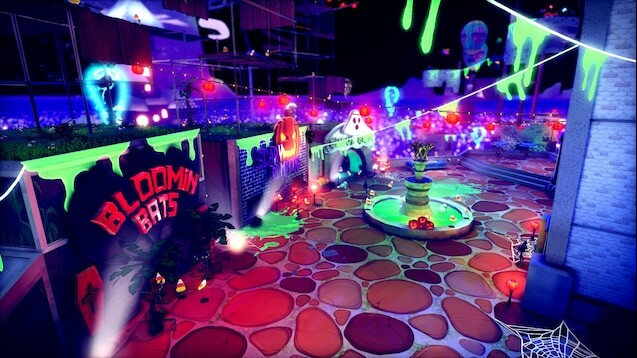 Festival of Horrors is a Halloween-ified version of Mafia Town with new areas and gameplay to try out.

Players can trick-or-treat with Hat Kid all year round on a quest for candy and a prized shiny relic. The aesthetics of this stage are off the charts; we had to rank it at number one.

There are more spooky corners and precarious platforms to explore than you could shake a jack-o-lantern at. Are you prepared for the Manion of Madness that looms in the distance? Find out!