There are plenty of reasons to love the Saints Row series.

For starters, it’s one of the few games that let you be a totally awesome without taking itself too seriously.

The series is also known for its over-the-top action, outlandish characters, and willingness to experiment with game play mechanics.

In addition, the games have always had a strong sense of style, with each installment feeling like a unique take on the open-world crime genre.

And, of course, let’s not forget the amazing soundtrack and customizability options.

It’s already easy to be overpowered in the base game. Our list will focus on style, graphic, and experience enhancements. 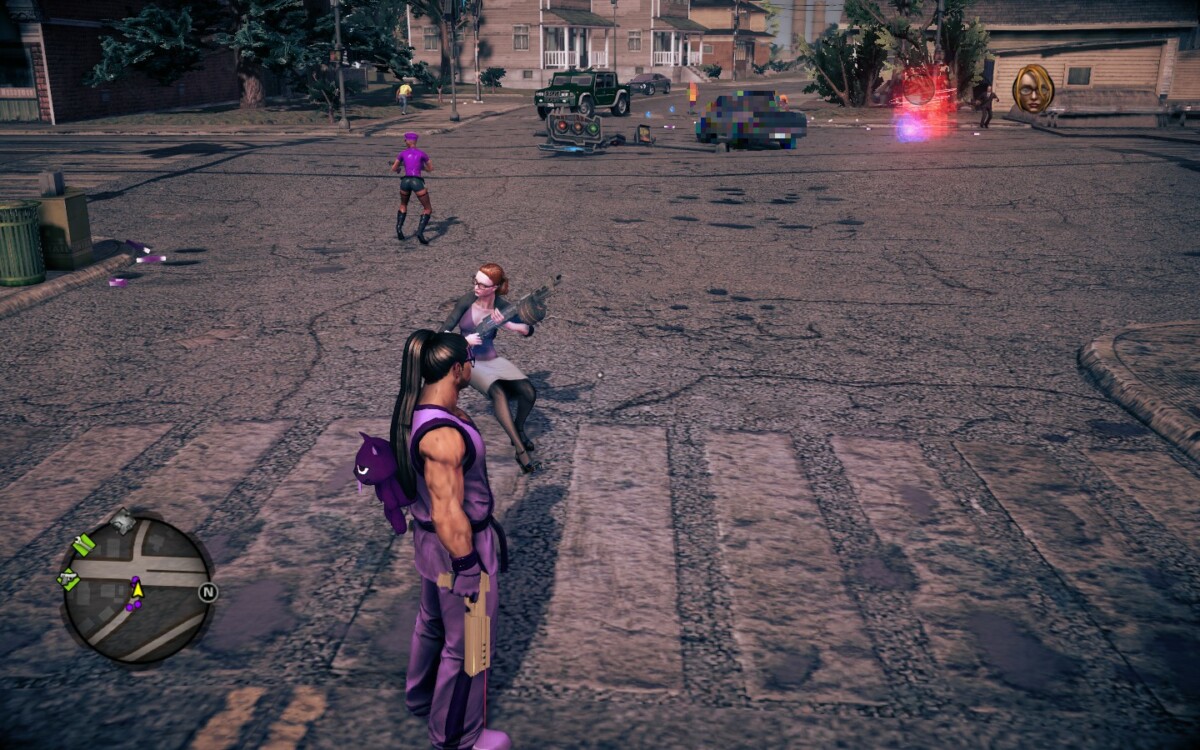 The Kinzie Mod is a fun little trinket for any fan of the Saints Row series.

This mod puts Kinzie in her iconic Secretary Outfit, complete with short skirt and low-cut blouse.

She has her looks, her superpowers, and, most importantly, her shotgun. Experience Kinzie’s sultry side like never before.

It’s hilarious to see her walking the tough streets dressed like she’s ready to answer calls and files papers, not blow rivals away. 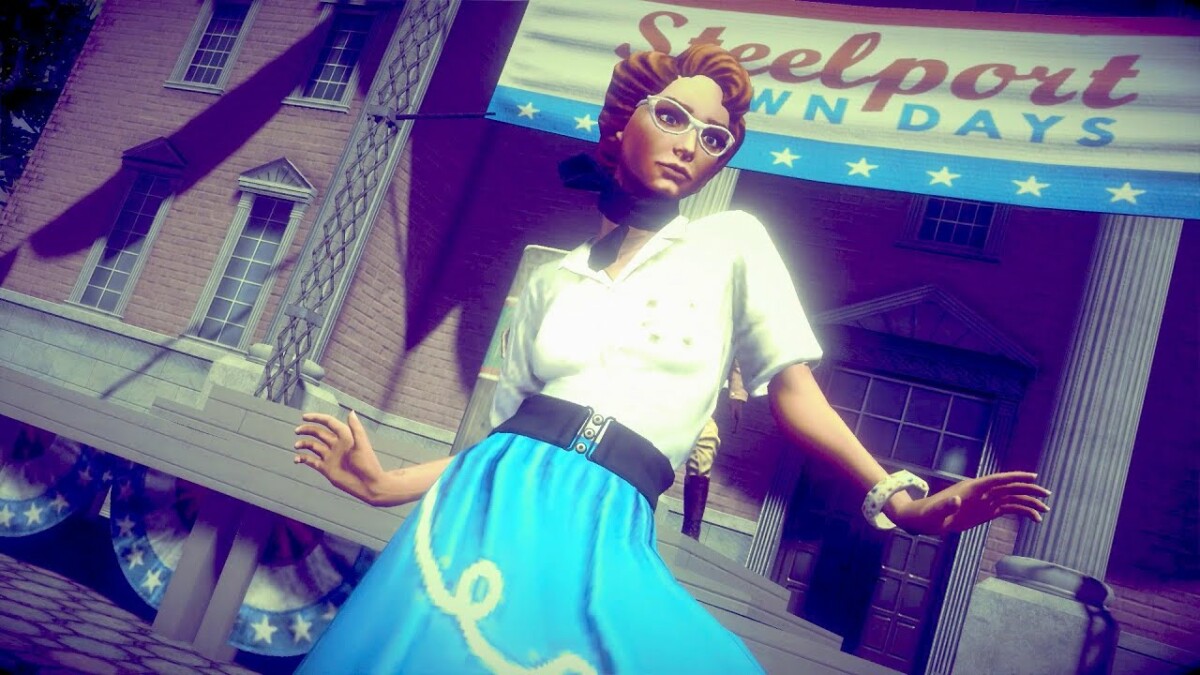 This dubstep Gun mod is a mod for Saints Row 4 that replaces the Dubstep Gun with Kinzie’s mission-specific dubstep gun from the mission.

We don’t know about you, but we will never of the Dubstep Gun. I mean, sure, it’s a fun little toy to play around with, but it’s just so much more than that. Change can still be good, though.

Not only is this a refreshing change of pace, but it also gives the player a whole new style. 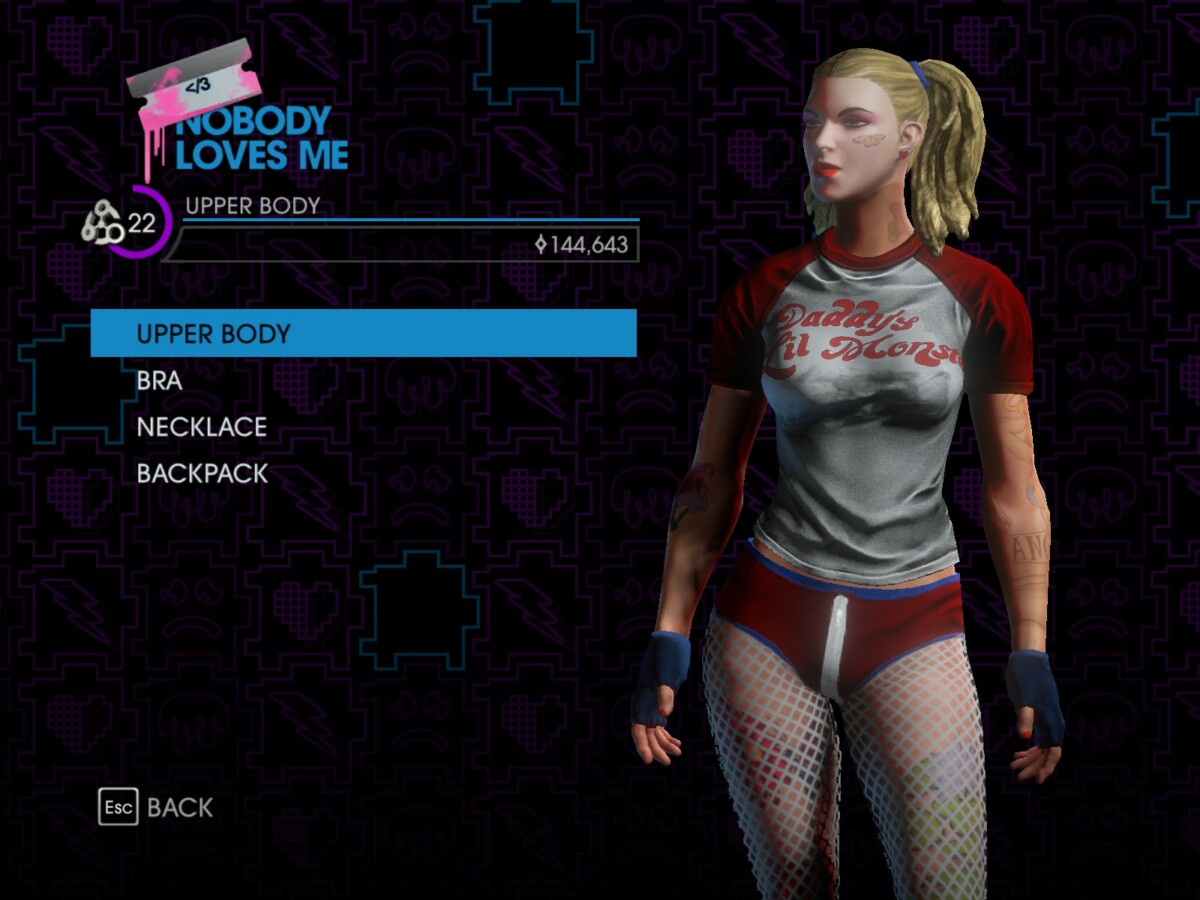 This mod adds Harley Quinn’s Shirt to the game as a wearable cosmetic piece.

Not only does it show off your love for the character, but it also shows off your style in-game.

The shirt is comfortable and accurate to the film, and it will definitely turn heads when you wear it around the city.

So if you’re a fan of Harley Quinn or the Suicide Squad movie, then this t-shirt is a must-have. Harley herself would be right at home fighting with the Saints, in our opinion. 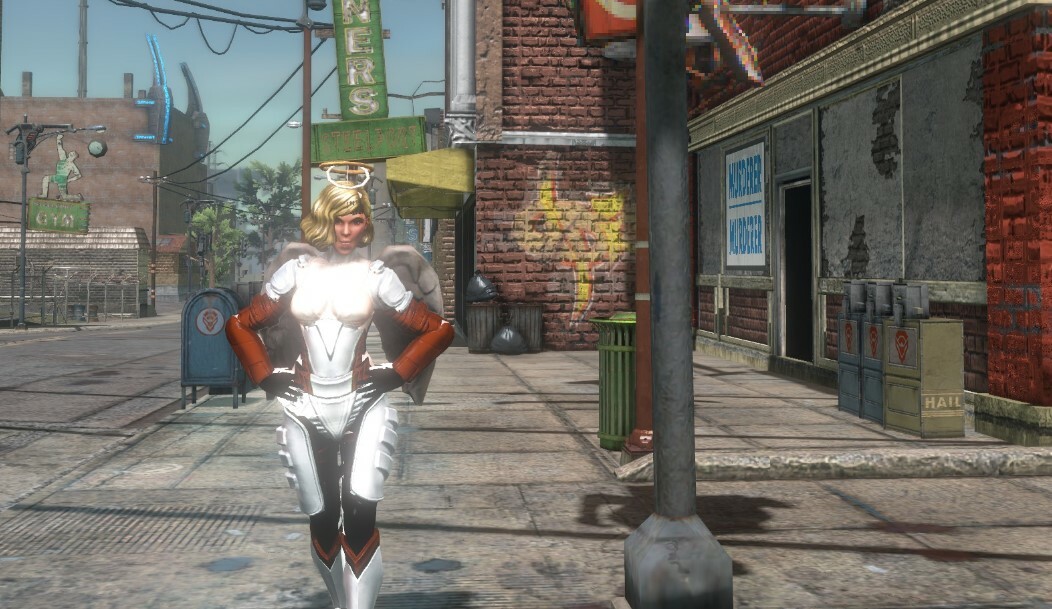 This mod adds Mercy’s Costume from Overwatch to the game as a wearable item.

Mercy’s suit from Overwatch is now a wearable item in Saints Row 4!

That’s right, you can now dress up as everyone’s favorite support hero and team up with the Third Street Saints to take on the hordes of aliens that have invaded Earth… or whatever.

The suit comes with all of Mercy’s signature colors and style, including her wings of protection.

So whether you’re looking to cosplay as Mercy or just want a little extra protection in the game, this mod is definitely for you.

No guarantees, you’ll be able to resurrect your homies, though. 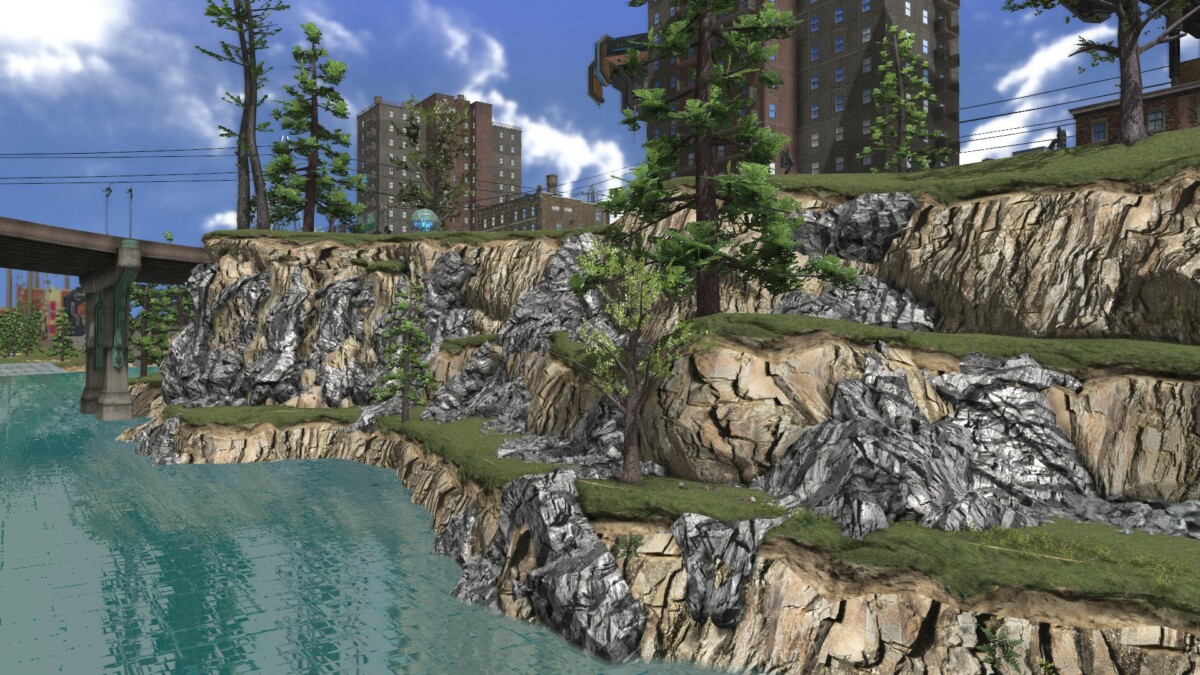 This pack of textures adds detail to the textures of the city of Steelport.

If you’re tired of the sometimes drab, dreary colors of Steelport, this mod is for you!

It adds a pop of brightness and color to most of the city’s textures, making it feel like summer all year round.

Whether you’re strolling down the street or admiring the view from a rooftop, this mod will help you appreciate the city in a whole new light.

Notice the new bits of sand and flowers scattered about the environment.

Why not give it a try? You might just find that you fall in love with Steelport all over again. 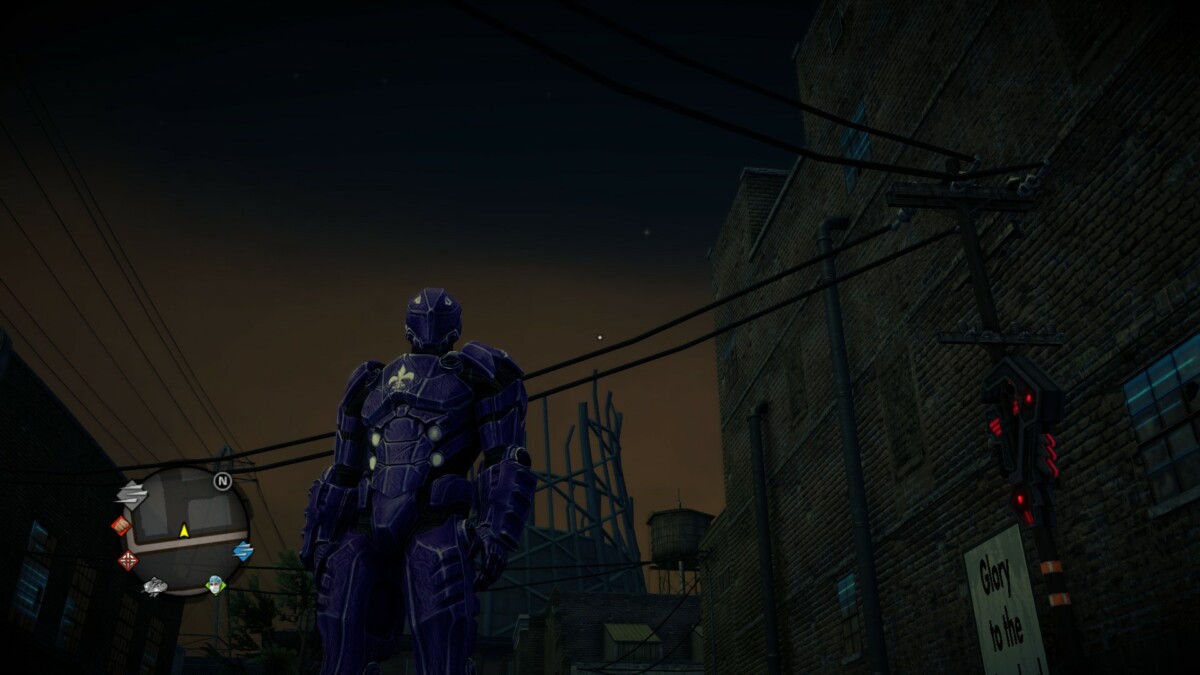 This mod introduces the Iron Saint Armor to Saints Row 4 as an equipable cosmetic.

Looking good is important, even in the virtual world. That’s why there’s the Iron Saint armor.

Now your character can strut their stuff in style and security, with a sleek suit of armor that looks good and protects them from harm.

To make sure you’re looking to add a little extra style to your game or just want to look good while you beat up baddies, then be sure to check out the Iron Saint armor mod. 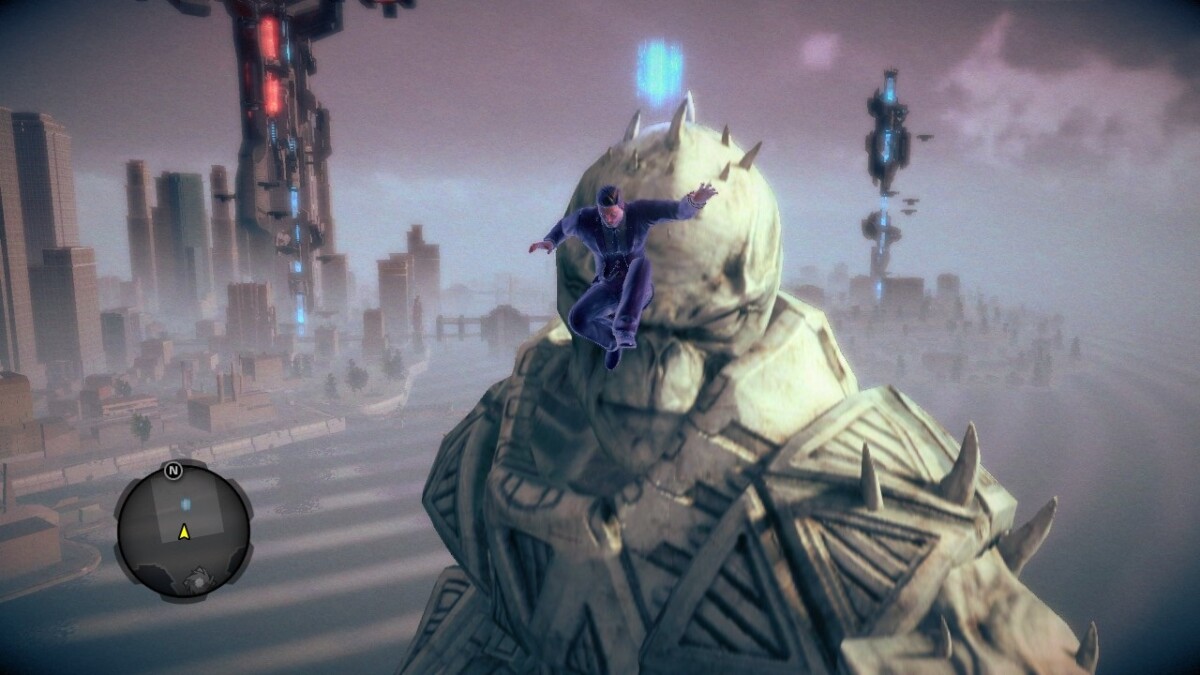 This set of saved game files are primed to help players with game achievements.

For those of you who like to get everything in a game, a little help from the modding community can be a great way to get those hard-to-reach achievements.

The Saints Row 4 modding community has kindly provided four save files that are set up at either 99.9% or 100% completion. These saves will help you get there.

Just remember to back up your own save first, in case you want to go back and play the game the old-fashioned way! 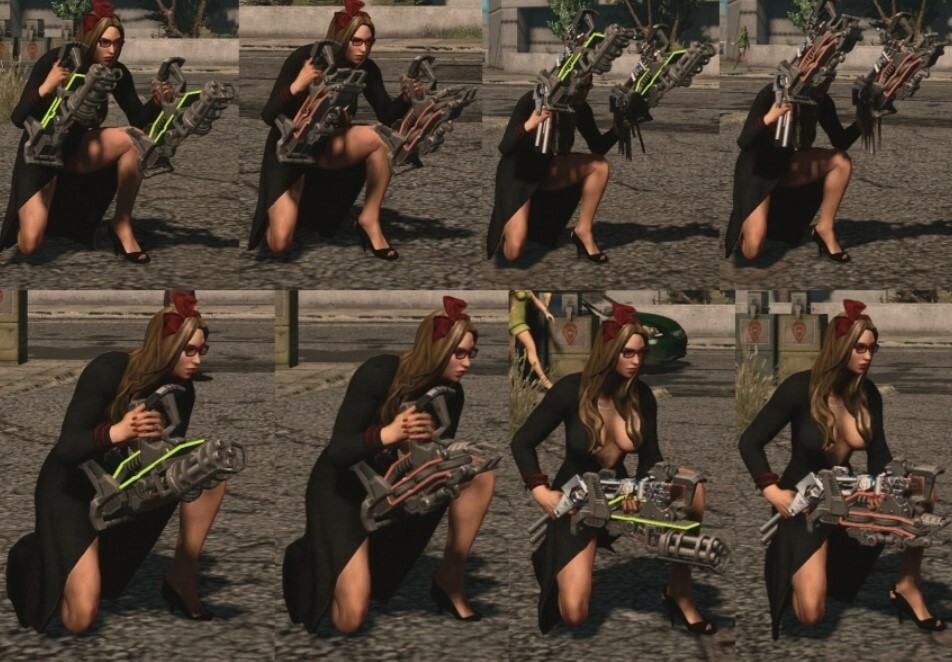 Murderbot Weapons makes small adjustments to the set of weapons to make them better and more available.

In addition, the mod unlocks the Murderbot weapons in the store so that you can purchase them right off the bat with ease.

The Murderbot Weapons are must-haves for any Saints Row 4 player who wants to make the most out of their street arsenal. 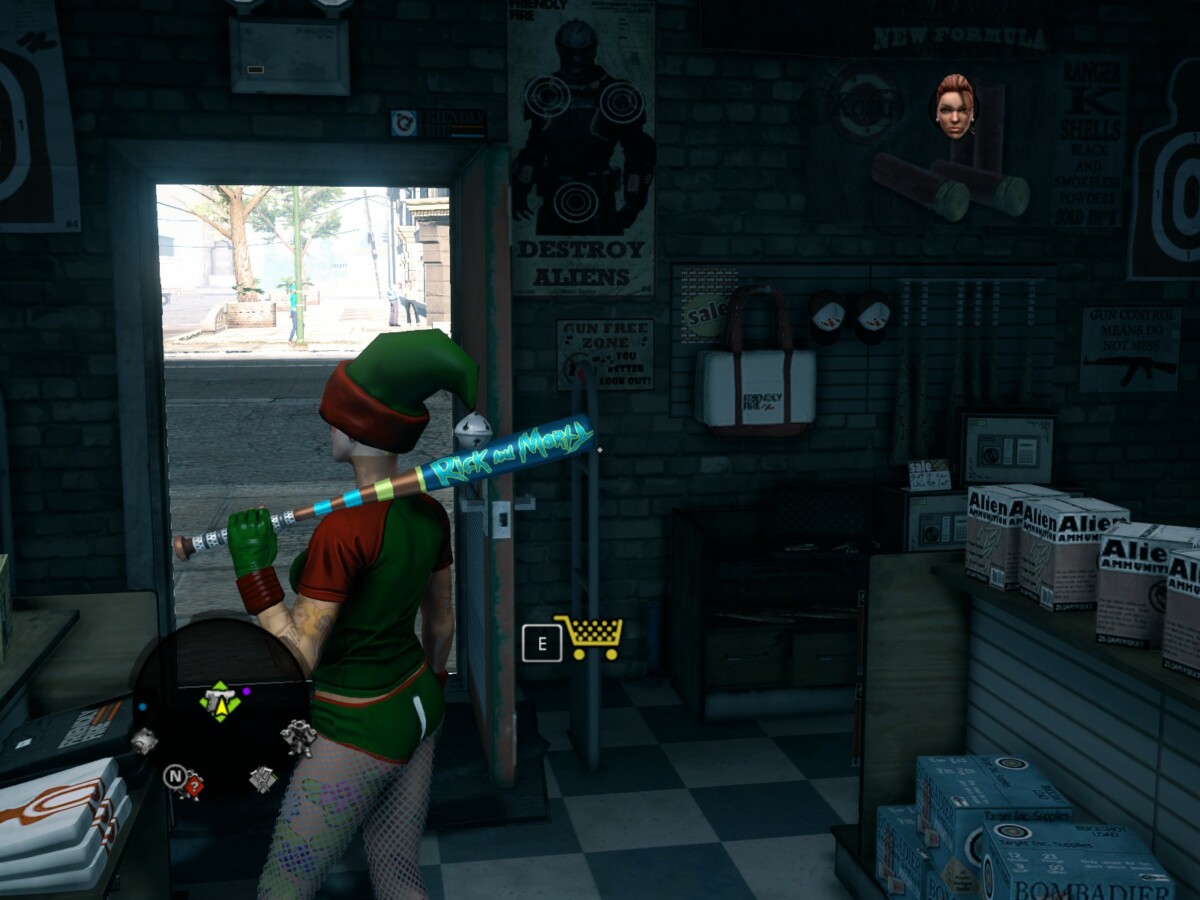 This incredibly useful mod adds a Rick and Morty Baseball Bat as a melee weapon to the game.

Now you can perform all sorts of stylish combos as you beat down your enemies!

The United States may be divided on many issues, but I think we can all agree that the Rick and Morty baseball bat is a great addition to Saints Row 4.

It’s easy for us to imagine the Saints using this weapon if they were real, honestly. 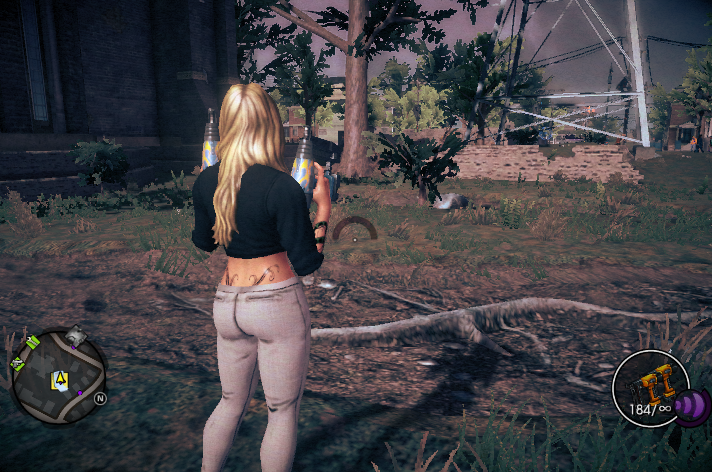 If you’re like us, you’re always looking for ways to mix up your gameplay and get a new perspective on things.

That’s why we were excited to try out the new camera mod for Saints Row 4.

This Camera Mod adds a new, more zoomed-in camera mode that gives you a whole new way to experience the game.

The new camera mode really does add a new level of immersion and makes the game feel fresh again. Plus, it’s just plain fun to mess around with.

If you’re looking for a way to spice up your Saints Row 4 experience, thousands of other players highly recommend giving this mod a try. 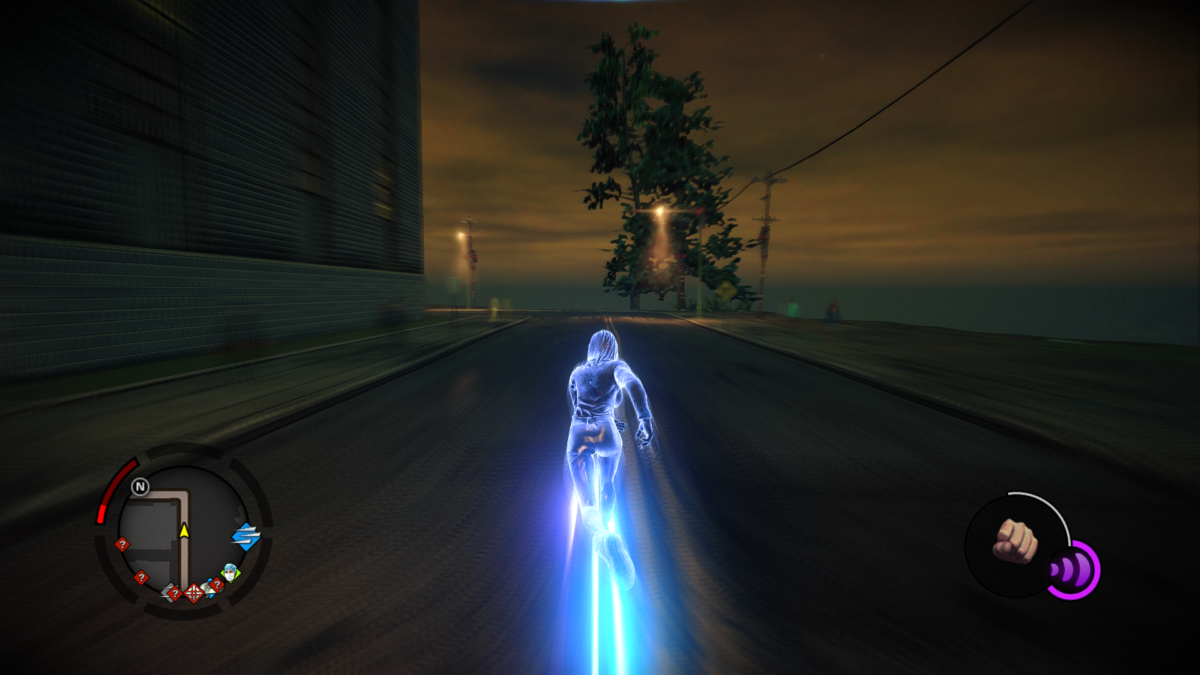 With this mod, you can zoom around the city, jump great heights, and more. It’s a lot of fun, and it’s sure to give you an edge over your enemies; they’re mere humans, after all.

We’ve been testing it out, and so far, it seems to be completely safe.

If you’re feeling brave, go ahead and download the mod. But be warned: you may just end up with more power than you know what to do with. 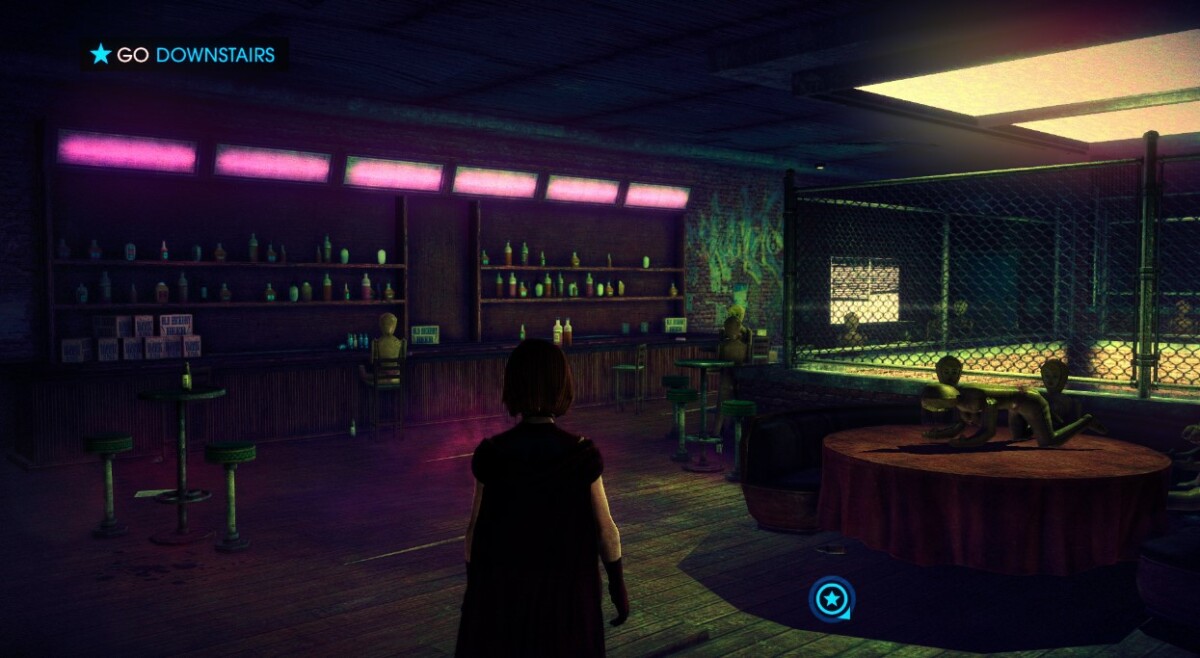 Definitive Reshade Set for Saints Row 4 replaces missing shadows, adds more color, and ups the brightness, all while still retaining the original experience of the base game.

The graphical presentation of Saints Row 4 can be a little lacking. Thankfully, we have ReShade and the modding community.

This mod is great for players looking for a way to add a little bit of extra excitement and visual interest to their next playthrough.

ReShade is an easy-to-use third-party program that makes post-processing changes to a wide selection of titles, not just Saints Row 4.

Check it out and see if any of your other favorites are supported!

3. I Like What You Got T-Shirt (Rick and Morty) 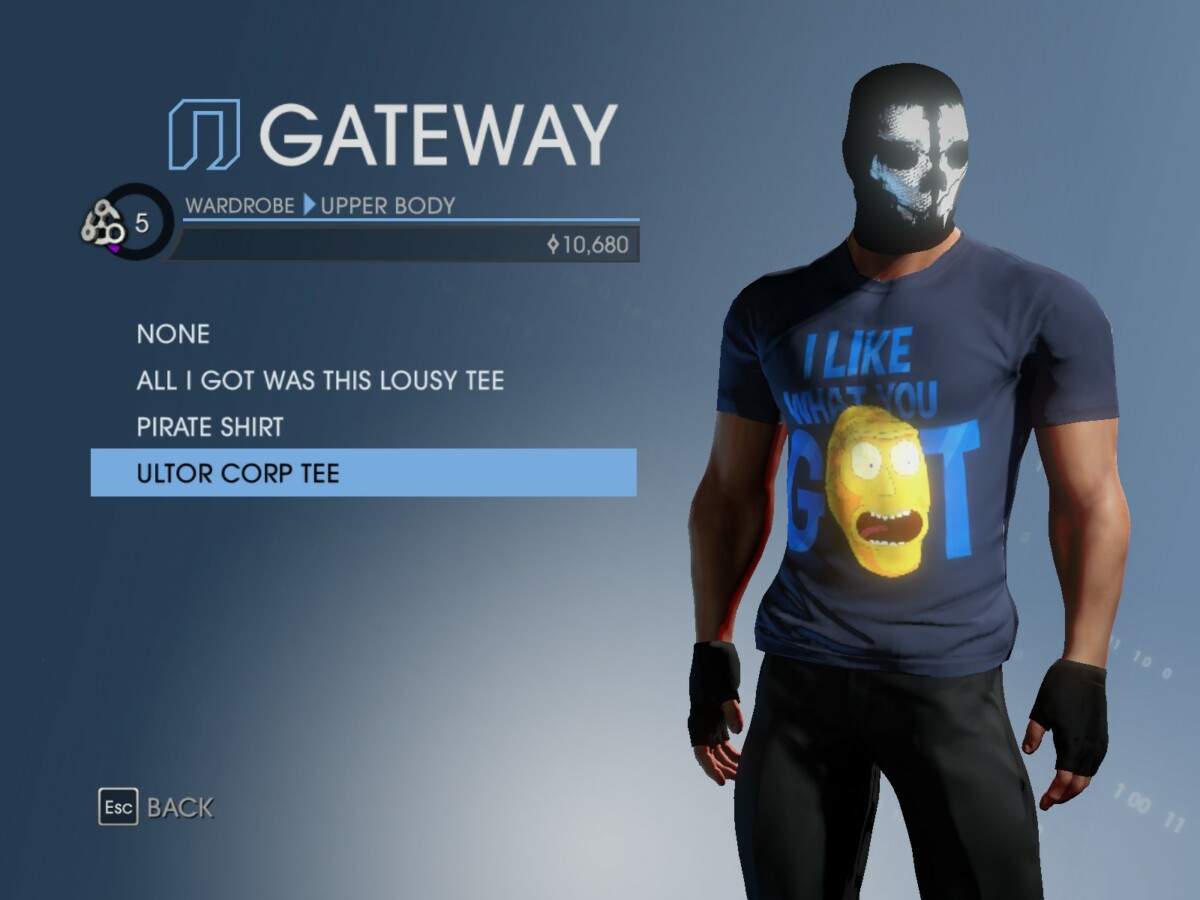 This mod adds this T-Shirt from Rick and Morty to Saints Row 4 for the player character.

The “I Like What You Got” shirt inspired by the “Get Schwifty” episode of Rick and Morty is the perfect way to show your support for the planet-destroying and judging giant head! Worship the heads!

This eye-catching shirt features the head in all its glory, complete with his stone-faced expression. (Get it?) The shirt is sure to get you noticed on the streets of Steelport.

So whether you’re a fan of Rick and Morty or just want to show your support for the Earth’s talent, this funny garment is a must-have! 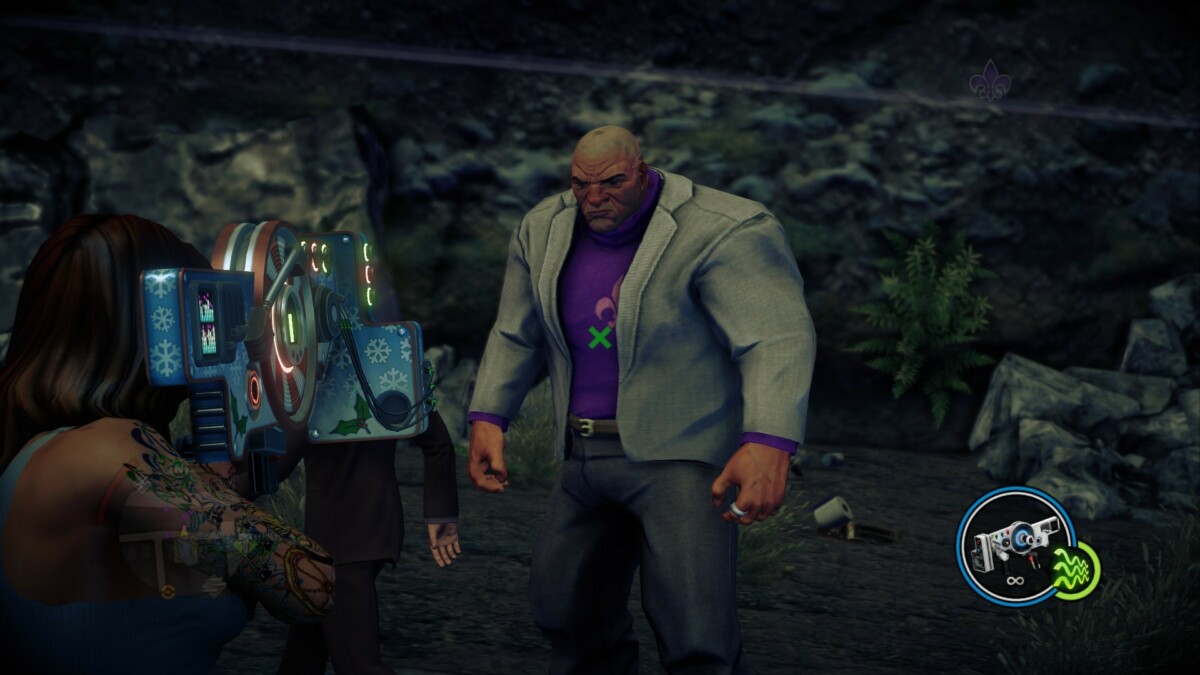 In the mood for some destructive hijinks but don’t want to go at it alone?

Well, modders have got you covered with a mod, New Homies, that adds several AI-controlled homies from previous Saints Row games to Saints Row IV.

That’s right, now you can call on old friends like Oleg, Mr. Sunshine, and Aisha to provide backup while you take on the tough rival gangs.

Whether you’re looking for some help taking down an alien juggernaut or just want to blow off some steam with a friend from the past, this mod has you covered. 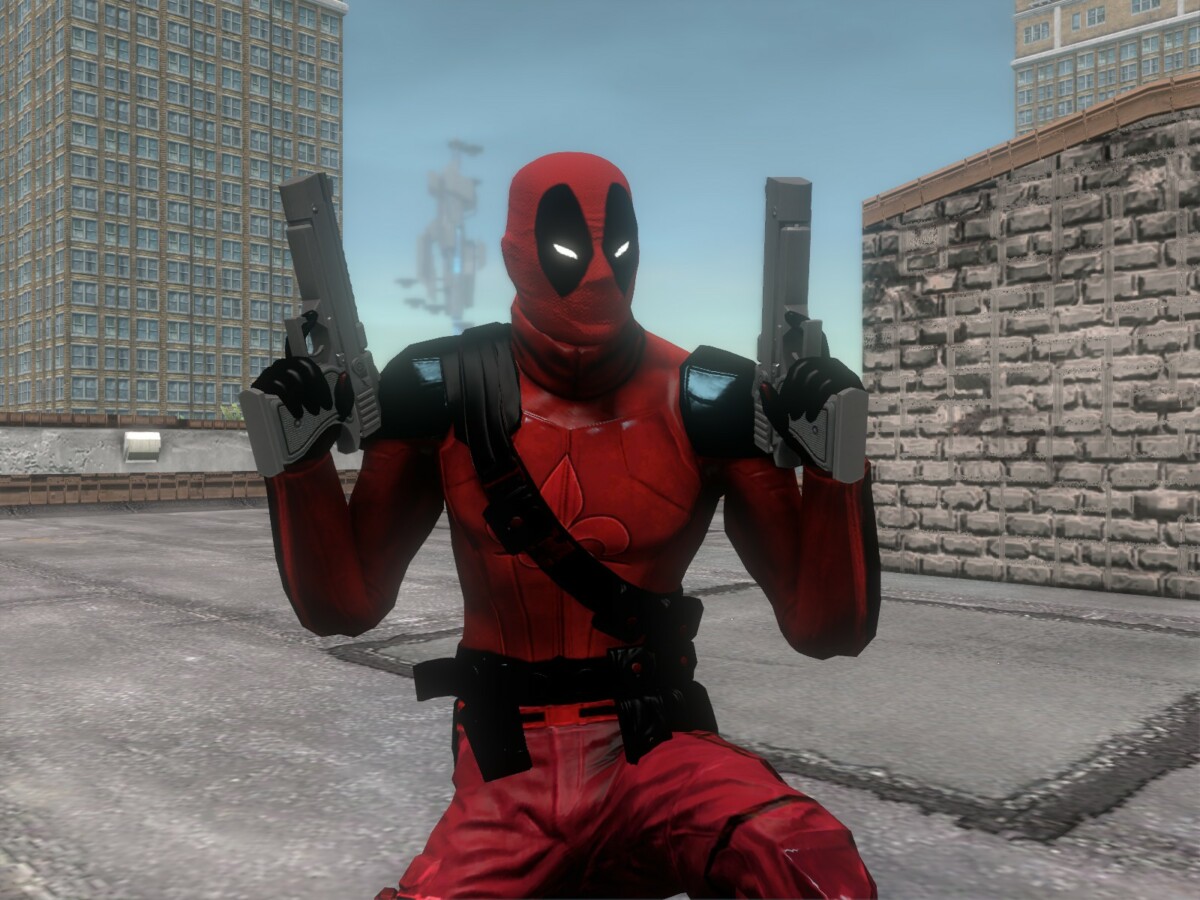 This mod adds Deadpool’s Outfit to the game as a wearable item.

No superhero fits the ideals or vibes of the Saints Row series quite like the merc with a mouth, Deadpool.

He’s like the patron saint of the Saints. After all, what could be more fitting than having a Regenerating Degenerate as the leader of a group of headstrong, cartoon-esque criminals?

Donning his signature red and black colors, you can imagine his witty quips and banter as you mow down enemies with Saints Row 4’s vast arsenal that looks right at home in the hands of Deadpool.