A lot of anime shows often have nonexistent or dead parents. Sometimes, it’s even a rarity to see loving and supportive ones!

So for this Nerd Bear article, we’re putting the spotlight on amazing anime dads. Here are the best anime dads – from secret spy fathers to amazing cooks! 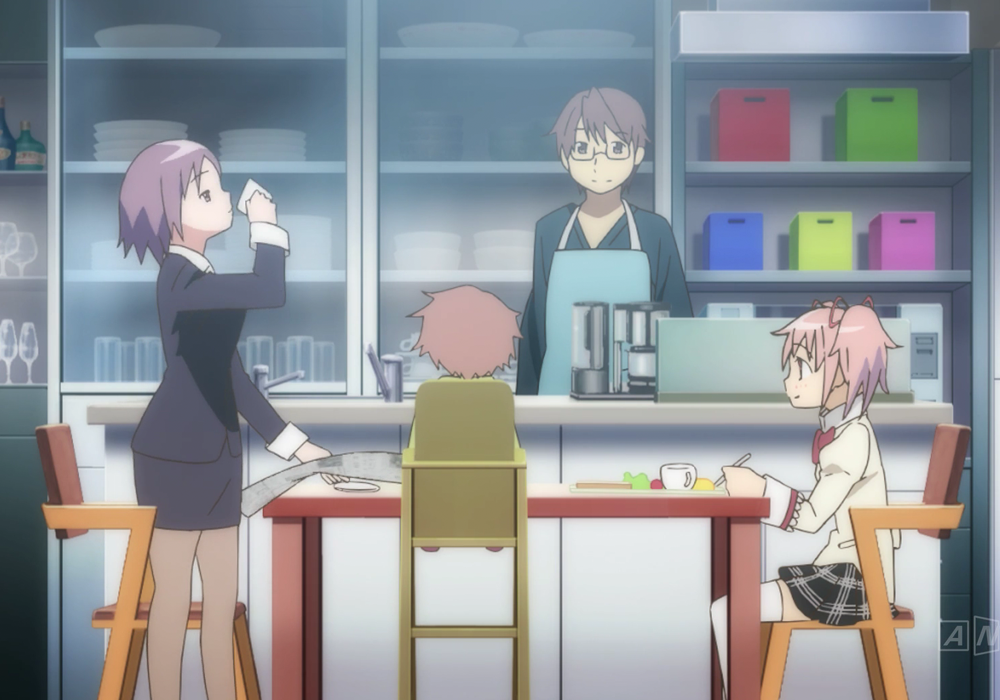 Madoka Magica can get really crazy with the magic and dark surprises. Good thing Madoka starts the day with a wonderful breakfast!

Tomohisa is a stay-at-home dad. In the show, you see him do the chores, cooking, and take care of Madoka’s little brother.

He is also very supportive and showed concern when Madoka was feeling down.

Stay-at-home dads are not often shown in anime or shows in general, so it’s nice to see this kind of representation! 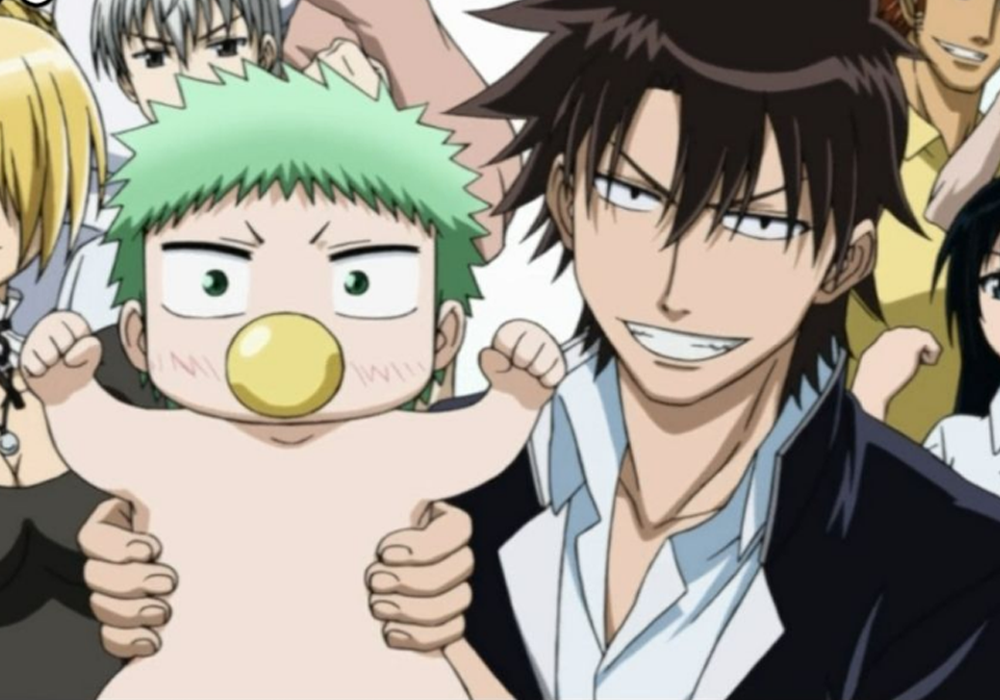 Baby Beel was sent to the human world to learn how to destroy humanity. Instead, he latched on to student delinquent Tatsumi Oga.

At first, Oga didn’t know how to deal with Beel. It’s not easy to process that you’re now the caretaker of a baby – one that’ll lead the Demon World at that!

But eventually, he learned to care for this little rascal.

Beel gets easily impressed by strong people, and Oga’s tough nature becomes a good role model for him. 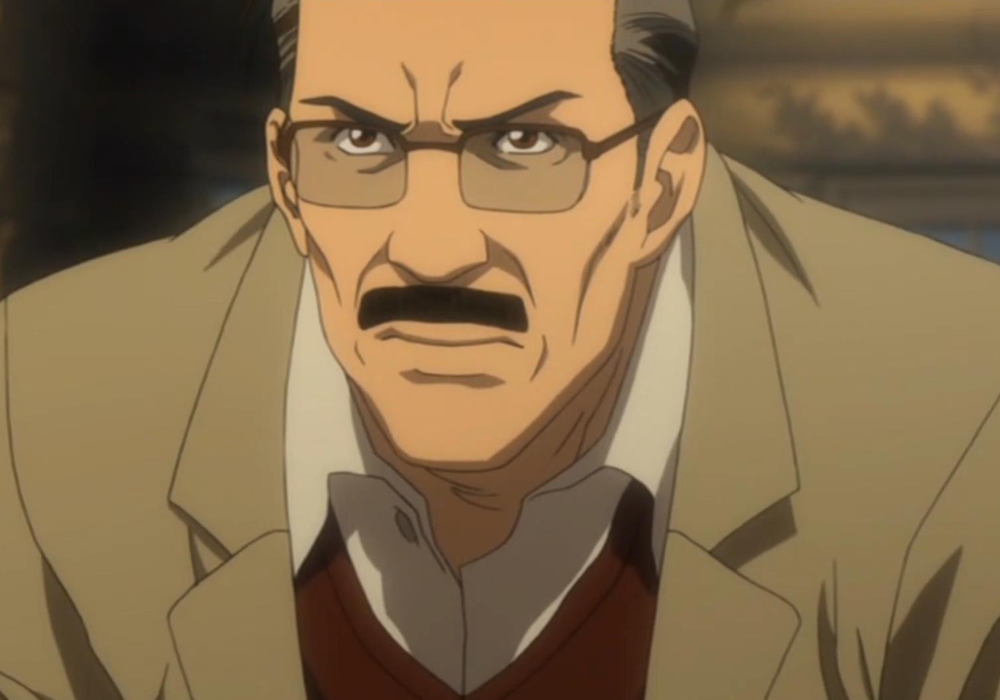 As the chief of the National Police Agency and initial leader of the Japanese Task Force, Soichiro had the responsibility of stopping Kira.

But despite those duties, he still found time for his family and tried to be a good father. He protected them and even defended Light from accusations.

Frankly, he deserved better than the fate he got. 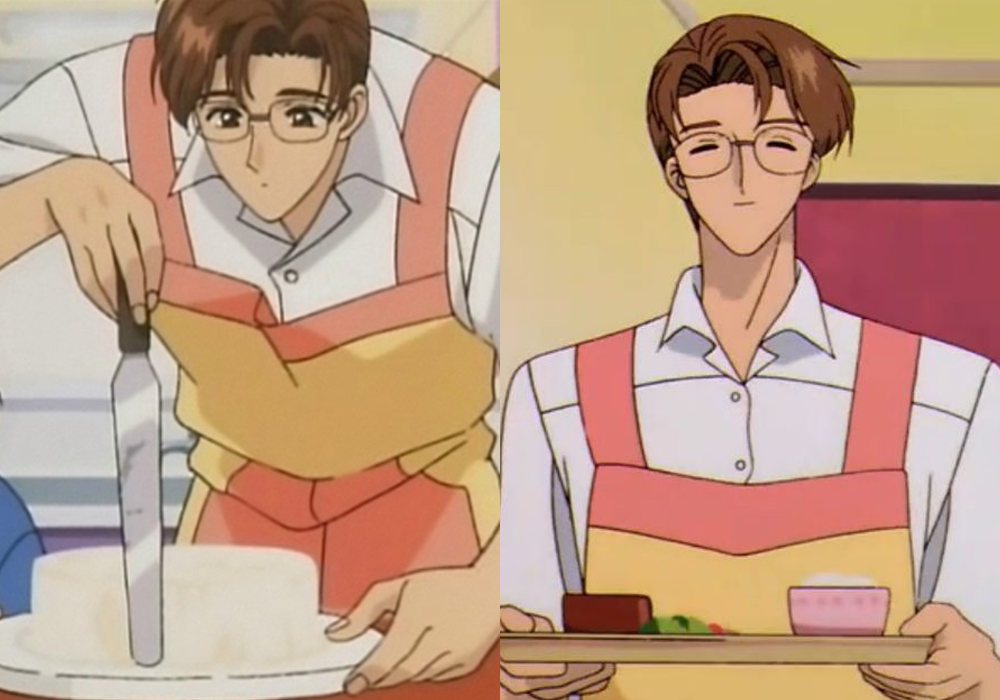 Cardcaptor Sakura is definitely an anime full of magic. But it’s not just her card-capturing adventures that bring forth the magic in the story.

From scrumptious dinners and desserts to kimono sewing – Sakura’s home life is magical itself!

Fujitaka is a great cook. You often see him preparing dinner like curry or baking a cake at home. He also sews well, and it is noted that he sewed Sakura a kimono!

Despite being a busy archeology professor, he always tries to spend time with his two children.

He promised his late wife he won’t show sadness over her death, and so he tries to be a pillar of happiness to Touya and Sakura. 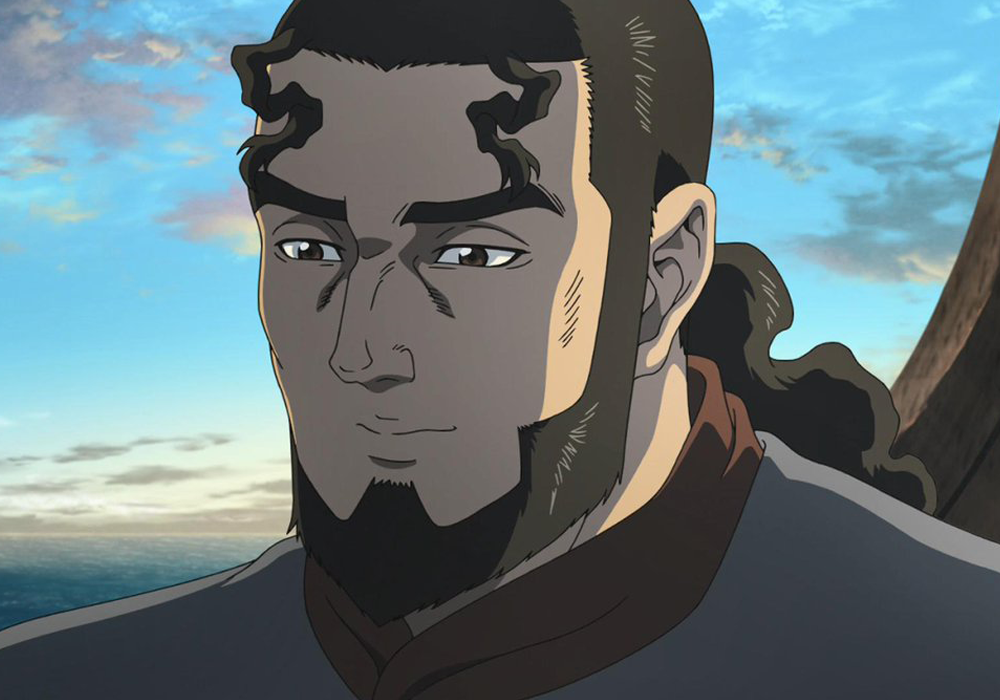 Living during Viking time, you can’t help but survive through the violence and be violent yourself.

That was Thors’ life – a fierce warrior and a beast during Viking campaigns.

However, when he became a father, he cast that all away and decided to live a peaceful life.

He was kind, warm, and loving to his children. He avoided violence, having lived through it.

Unfortunately, war came knocking on their door. To protect his family and the village, he agreed to be drafted to war. 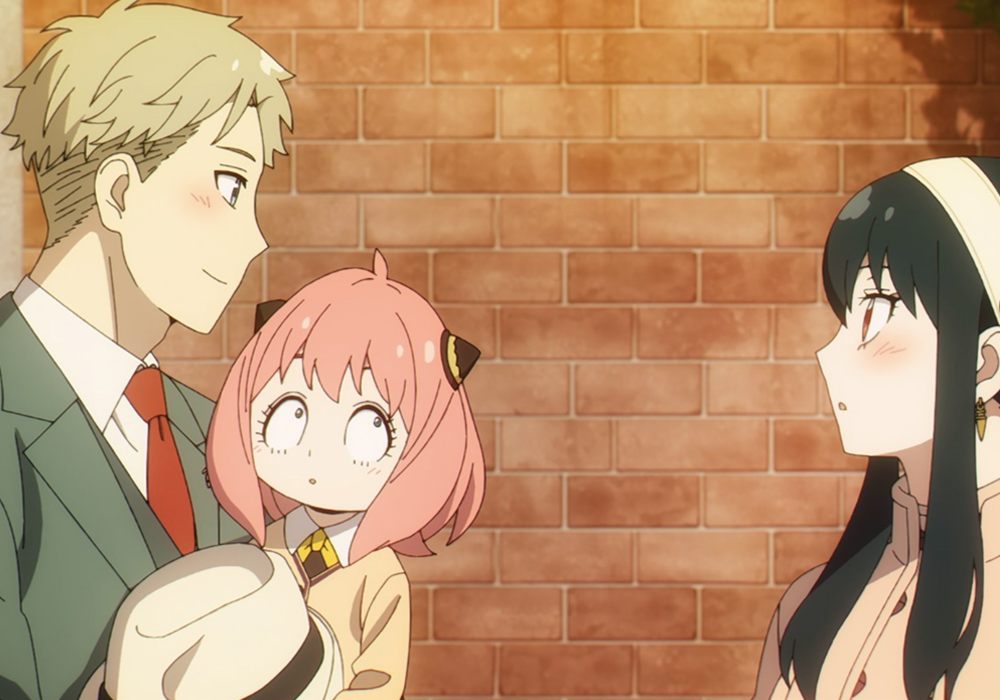 To carry out his secret mission, Loid has to pretend to have a family and a young kid.

He adopted Anya, so he’ll have an excuse to infiltrate a prestigious school.

What he didn’t expect was his eventual attachment to his makeshift wife and daughter.

Being a father is as hard as being a spy, if not more. But Loid is ready for it all! 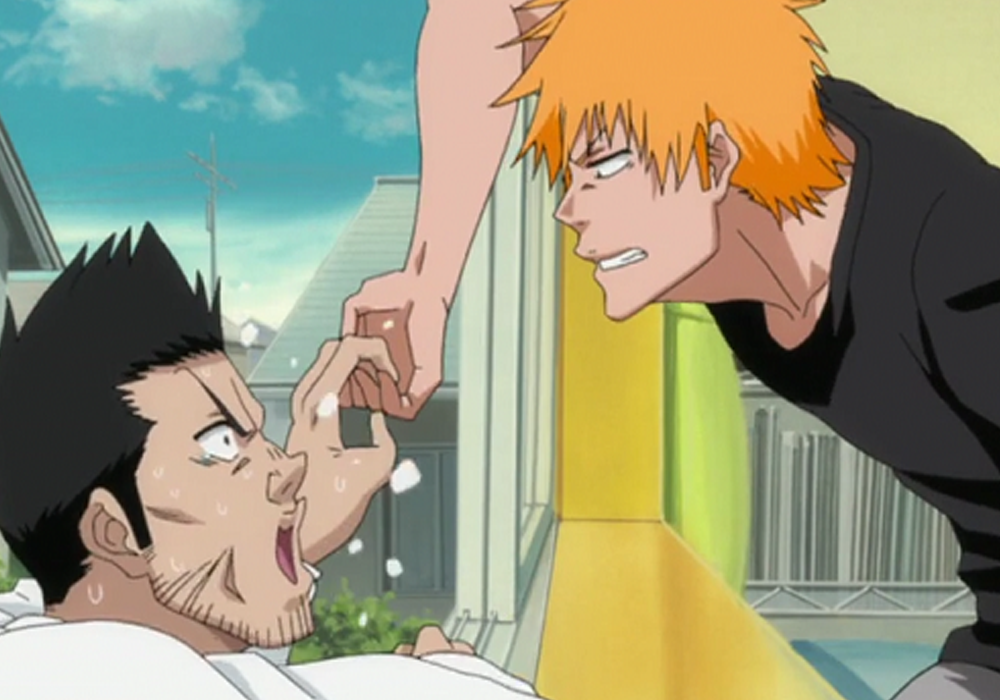 The first time we see Ichigo’s dad, he’s a goofy dad who yearns for his kids’ affection to the point of being annoying.

He would dramatically cry in front of his late wife’s huge picture, much to Ichigo’s chagrin.

It turns out that Isshin has a lot of secrets. He was a former Shinigami Captain and sacrificed his powers for his wife, Masaki.

Masaki died to protect Ichigo from a Hollow.

Over the years, Ichigo felt very guilty over what happened. But Isshin clarified to him that he doesn’t blame him at all before kneeing him on the back! 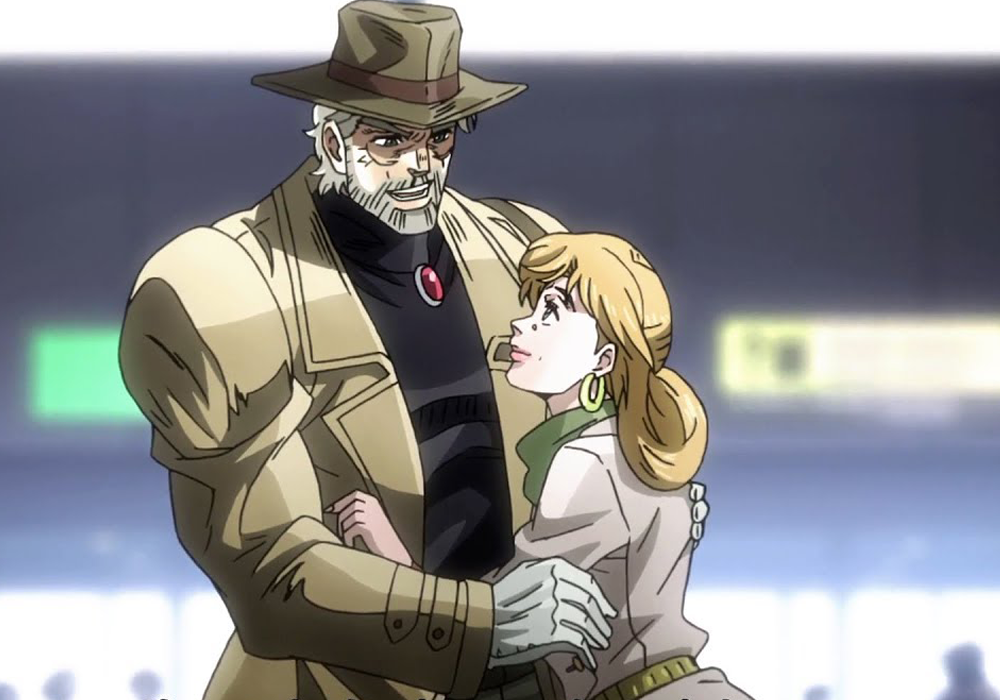 Let’s start this by saying that Joseph isn’t the perfect husband.

He’s not exactly faithful, and that loses him some points for the husband-and-father-of-the-year award.

However, one thing’s for sure – he will do anything for his daughter, Holly.

He dotes on her and even humorously disciplines his grandson for disrespecting her.

And when she was in danger, he traveled all the way to Egypt to save her from Dio! 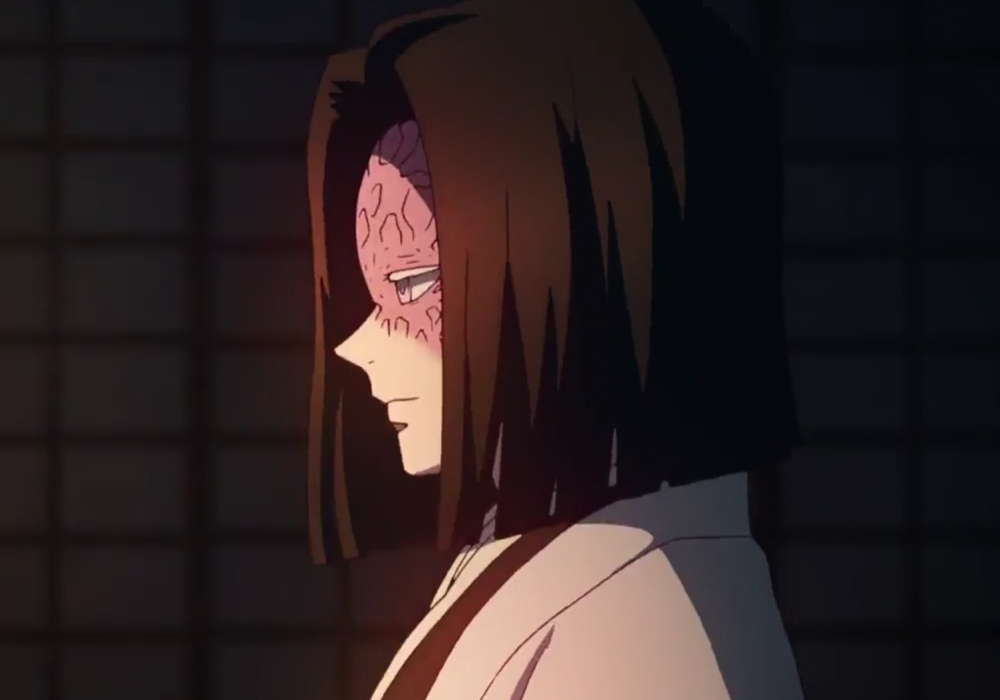 While Kagaya is an actual dad to five kids, he also acts like a father to the members of the Demon Slayer Corps.

He’s kind and caring to all members and treats them like his children.

He has even memorized all their names and visits the graves of the fallen. His voice is noted as soothing and uplifting.

In this crazy demon world, having a gentle father figure like this is a treasure! 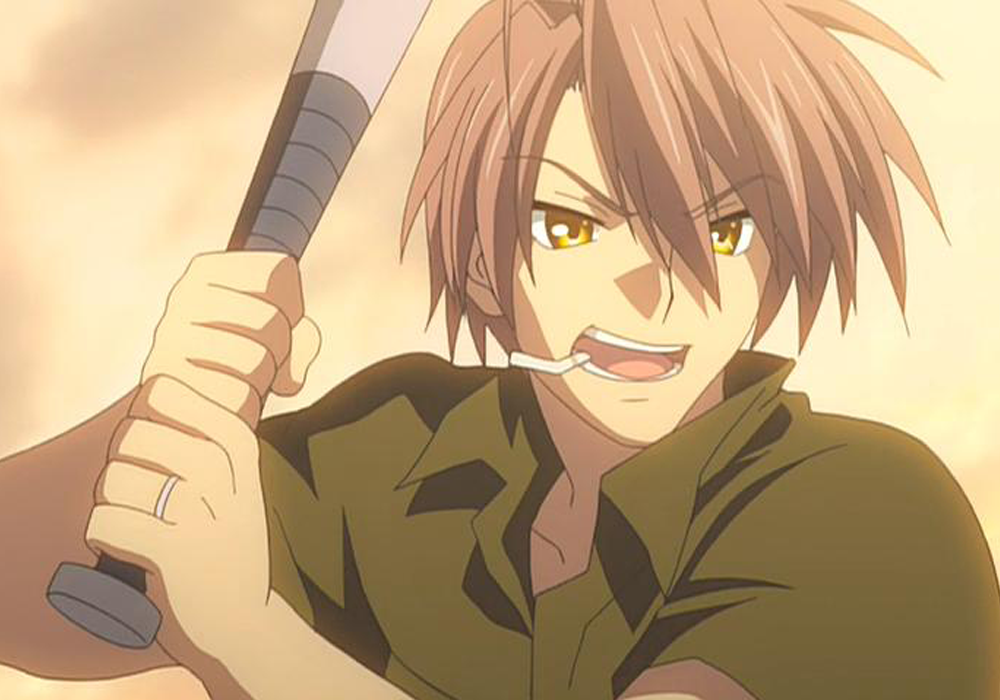 Clannad revolves around the theme of family. And Akio, with his energy and child-like interests and enthusiasm, shows what it’s like to be a good father.

Years ago, he and his wife became too focused on work, and they unknowingly neglected Nagisa for a short while.

After that incident, they vowed never to forsake family again.

He dotes on Nagisa, supports her dreams, and even acts like a father figure to Tomoya.

If you want to play baseball and talk about Gundam, he’s the dad to call! 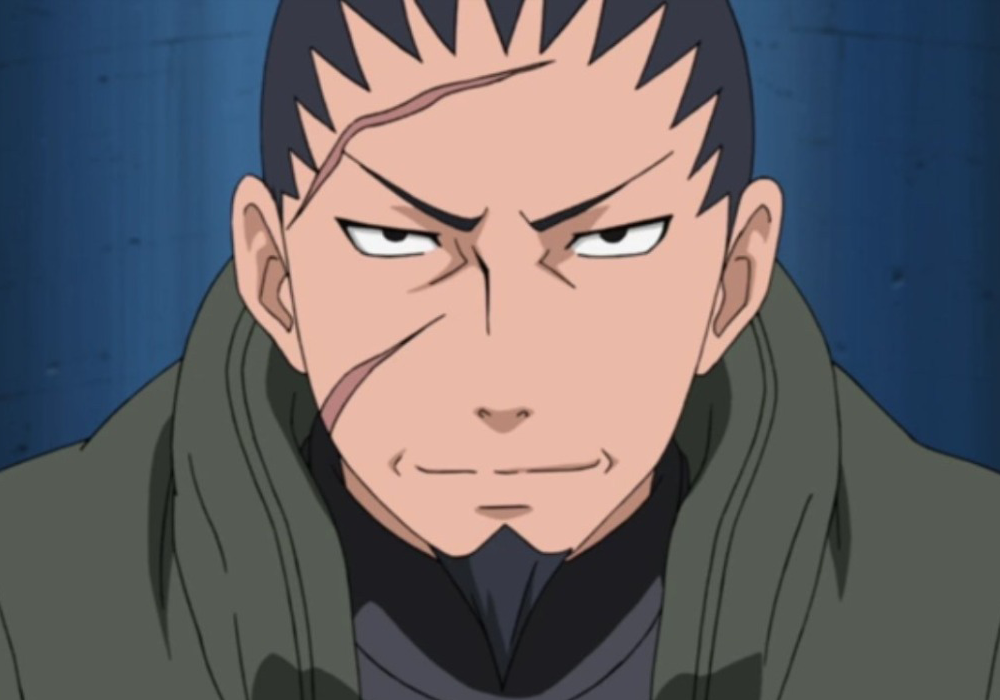 Throughout Naruto, we don’t really see a lot of dads spend time with their kids. However, Shikaku Nara is the exception and one of the best at that.

He is involved in Shikamaru’s life. He knows his son is brilliant but needs prodding, so he would drag him along to meetings and observe his training.

They would bond together by playing shogi.

He even helped his son process grief and loss. Don’t worry, Shikamaru, your dad will be there to pick up the pieces. 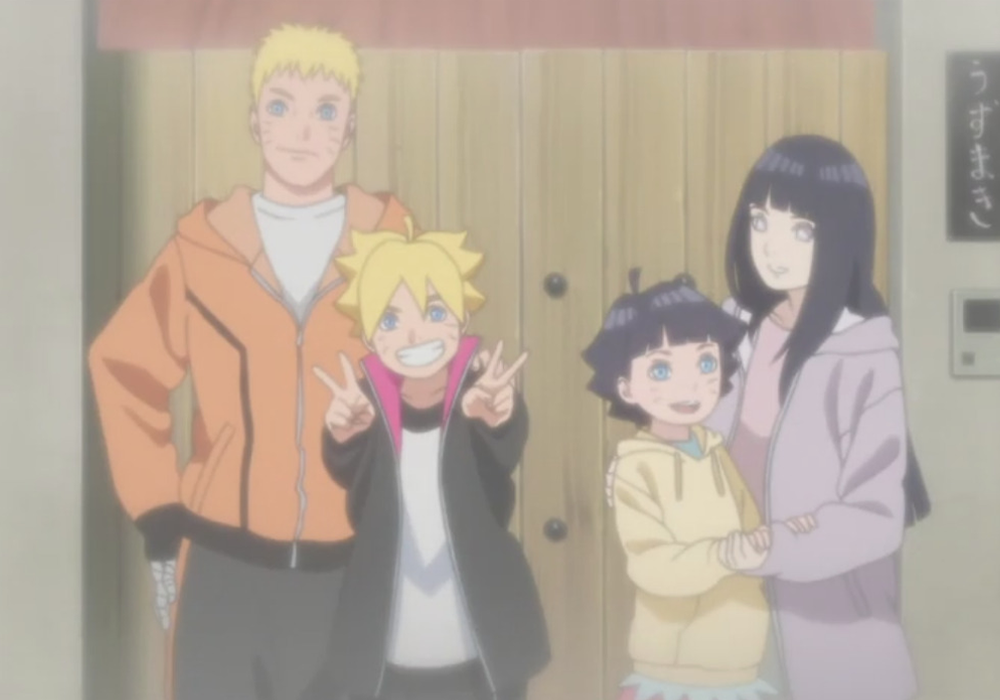 Being Hokage, essentially the father of the village can be difficult when you’re an actual father yourself.

Because of his overwhelming responsibilities, Naruto has some flaws with his fatherhood.

But that doesn’t mean he doesn’t try!

He tries to spend time with his kids and Hinata, like working from home.

He made it an executive order to set aside his work for Parents and Children Day. And with his mischievous Boruto, he doesn’t play favorites and disciplines him! 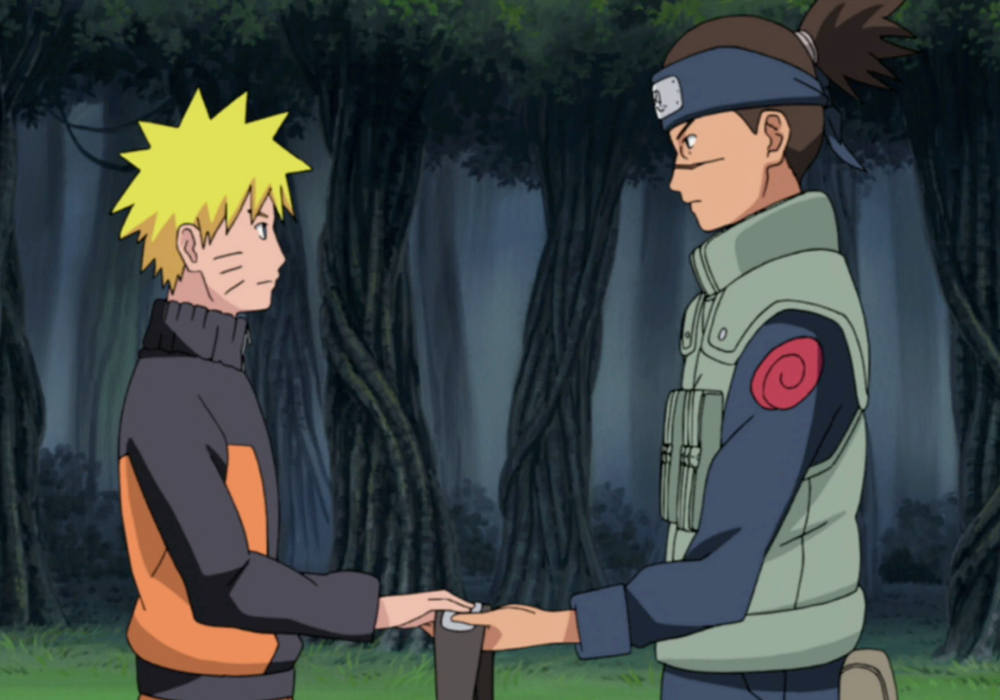 And who do you think helped Naruto become a good father? Why, Iruka-sensei, of course!

Growing up, Naruto didn’t have anyone to support him. Almost everyone was dismissive of him, and he became a mischievous child of the village.

But Iruka-sensei was always there to support him and treat him to some ramen.

Iruka was a great male role model for him.

His impact on Naruto’s life was so great that on Naruto’s wedding day, he asked Iruka to attend it as his father! 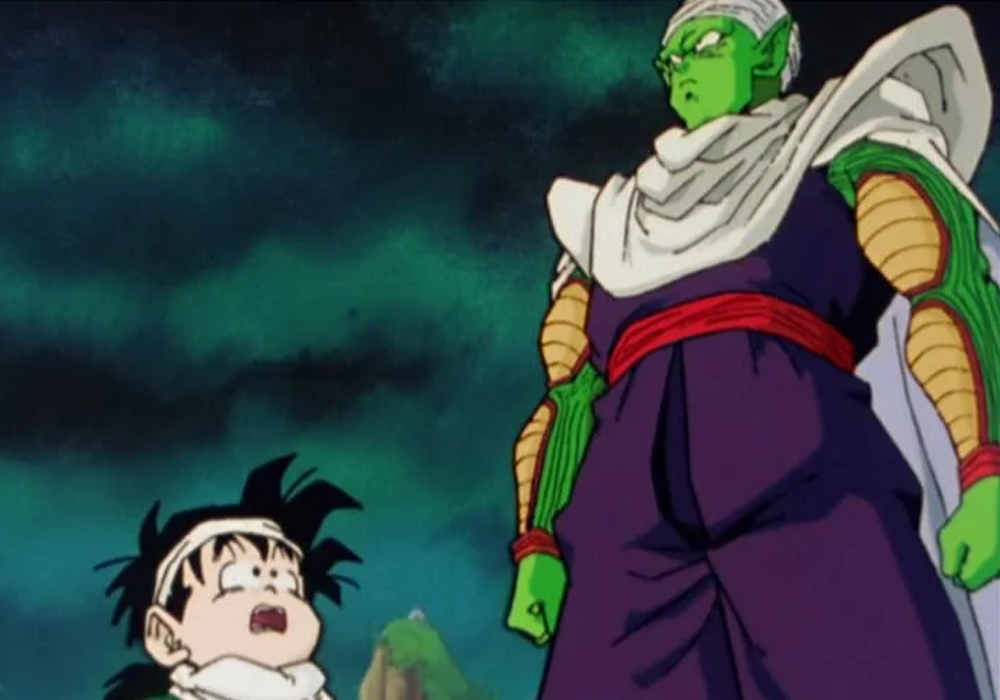 It’s difficult when your father’s dead, battling somewhere, dead again, or training. Luckily for Gohan, he had Piccolo growing up.

Dragonball fans can argue whether Goku is a good or bad father. But the fact is that Piccolo did spend a considerable amount of time with Gohan.

At one point, Gohan even asked to wear the same Gi (training clothes/outfit) as Piccolo to pay respects to his very first mentor. You bet Piccolo looked so proud! 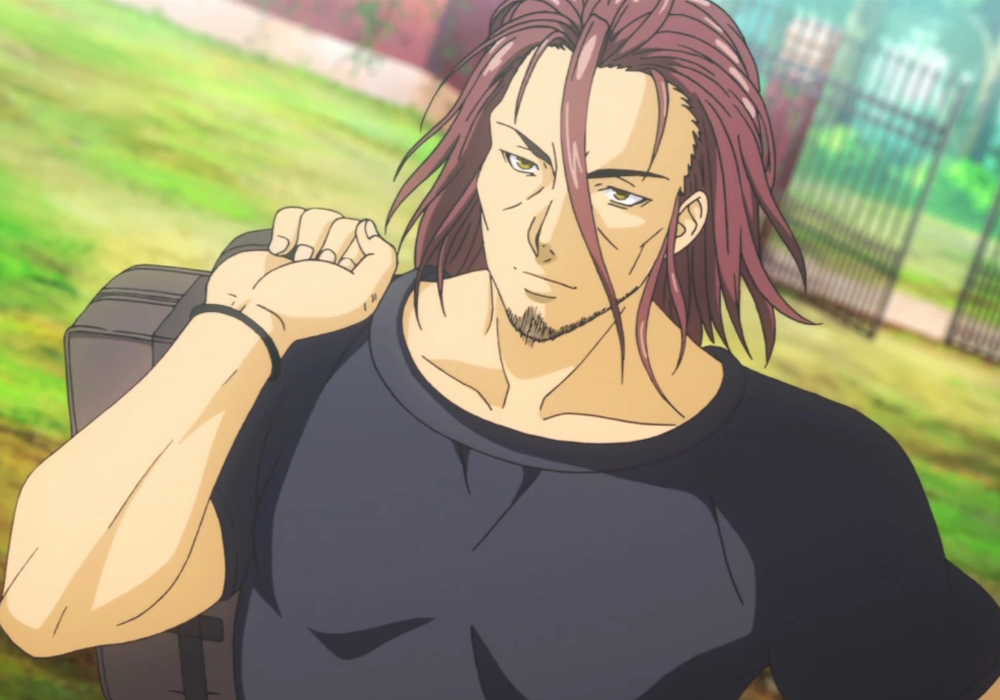 As someone who has a passion for cooking and wants to be a great chef, Soma has found a mentor, cheerleader, teacher, cooking guide, and a rival in his own father.

Joichiro might seem laid-back and chill, but his serious side comes out when he’s cooking.

He is passionate about his craft, but he never pressured Soma to be like him.

Instead, he lets his son develop his own interests and supports him with his cooking journey. Cool dad and cool cook – oui, chef! 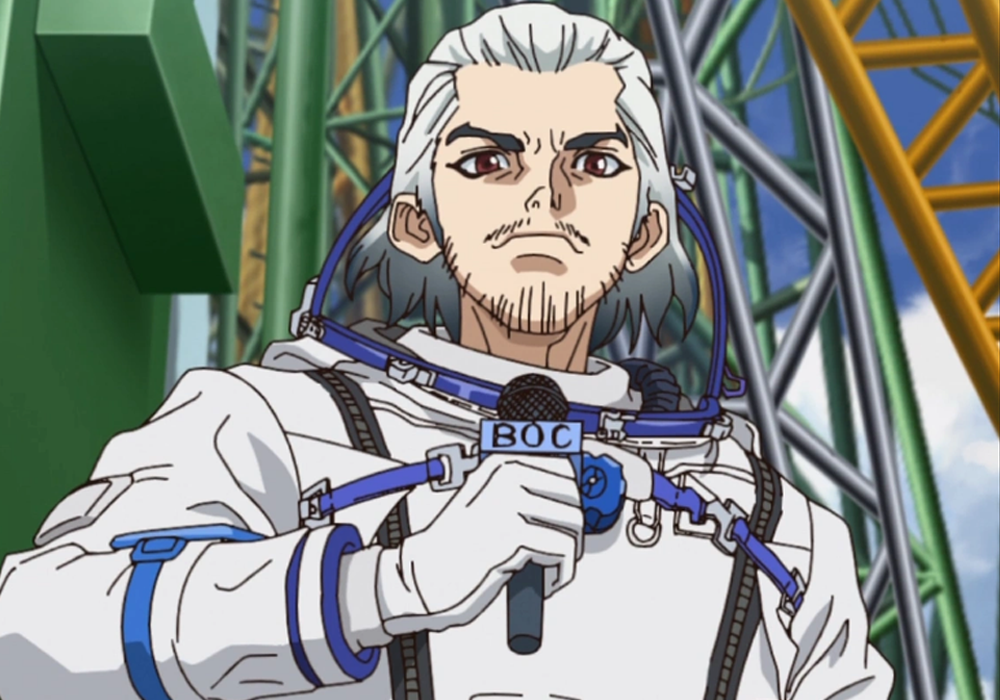 In Dr. Stone, the mass-petrification incident was a mysterious and tragic global-scale event.

Imagine being an astronaut in the International Space Station and witnessing it while it was happening!

This was what happened to Byakuya Ishigami. He knew his son was down there, petrified due to unknown reasons.

But he knew Senku was brilliant, having supported him before by selling his car to give him the science materials he needed.

So he left a coded message, knowing Senku would be able to figure it out many years later.

Getting the curse of the Cat is a terrible thing in the Sohma family.

You’re shunned and treated horribly. At some point, you’ll be isolated and stay in a room called Cat’s Room until you die.

This was the fate of Kazuma’s grandfather. He learned since then to be sympathetic to the next Cat person.

So when Kyo’s mother died, and his father abandoned him, Kazuma took him in. He is supportive of Kyo and truly loves him like a son. 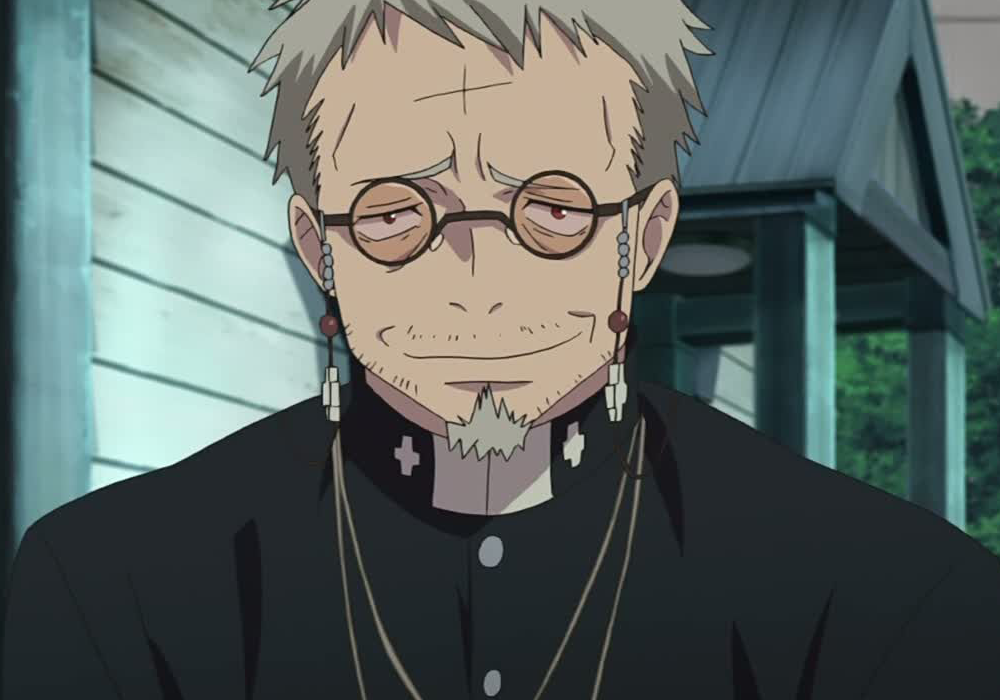 As a demon-fighting priest, Shiro goes all out against these enemies. He’s one of the best exorcists and knows his way around demons.

So when he was sent out to exorcize Satan’s demon babies, he was ready to do that – until one of the babies smiled at him.

Knowing the origin of these kids and their fates, he instead decided to protect them.

He was a father to them and even trained them in the art of exorcism. 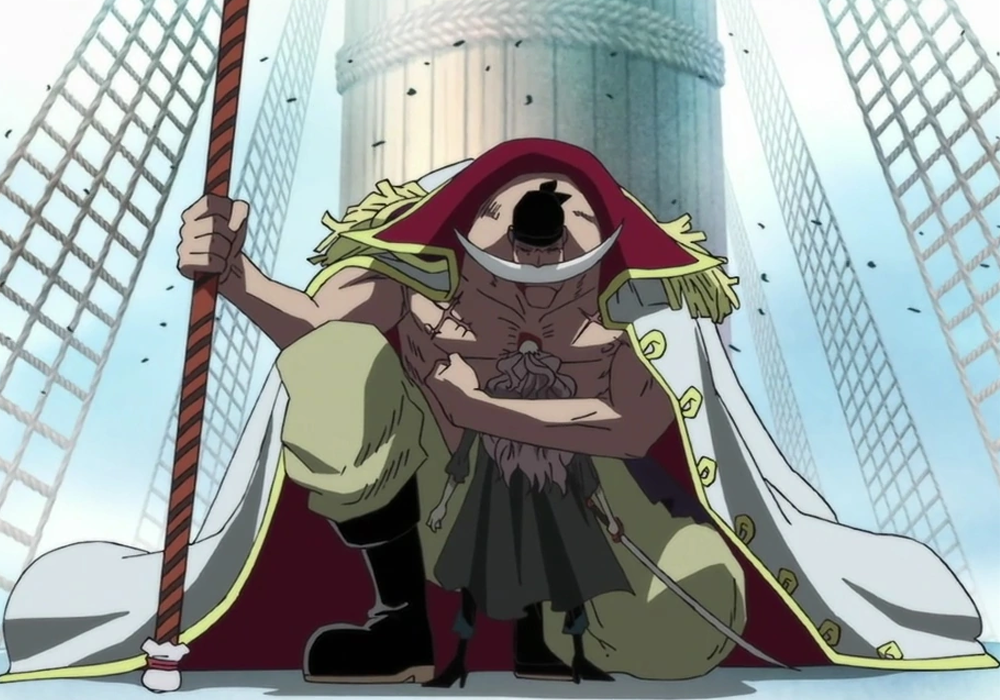 Due to being an orphan, Whitebeard always wished for a large and happy family.

This was an oddity among pirates, but for him, the family was the greatest treasure of all.

So over the years, he would adopt all sorts of kids and grown people to join his crew.

Compared to tyrannical captains, Whitebeard treats them all as his foster children instead.

Marco, one of his crew members, said that their loyalty to him is due to his father-like treatment. Strongest Man in the World? More like Best Pirate Dad! 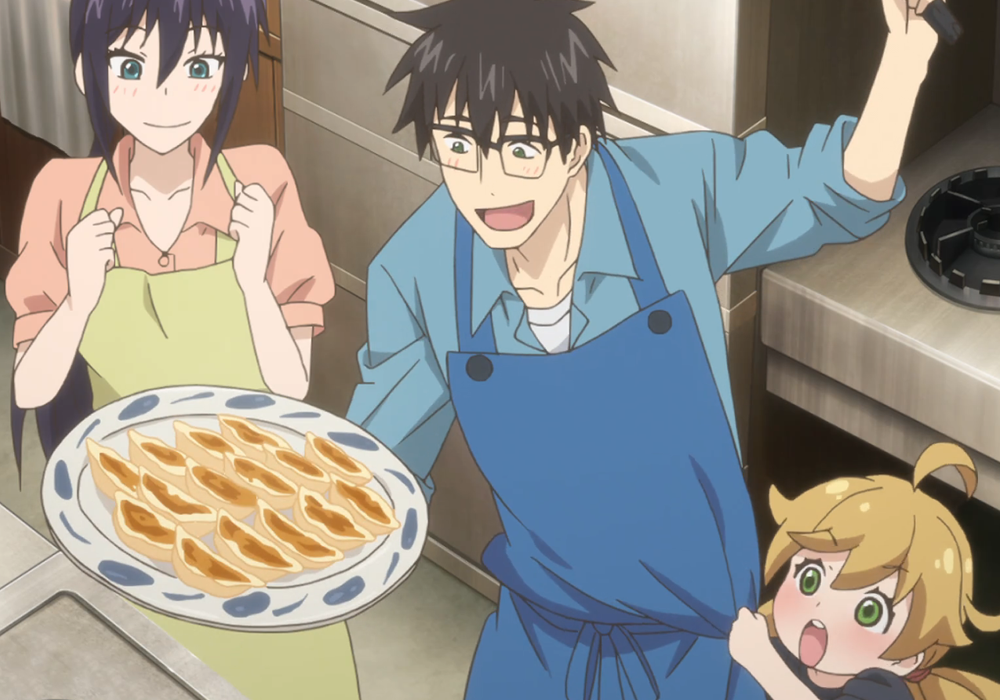 It’s tough being a single father and a recent widow.

However, Kohei is determined to always have time for his daughter, Tsumugi, care for her, and make her home-cooked meals!

The only problem is that he’s not really good at cooking. The story starts with Kohei eager to hone his skills in the kitchen.

With the help of his friends, he’s slowly learning new recipes and serving Tsumugi new dishes.

Anything cooked with love will surely taste great, Kohei! 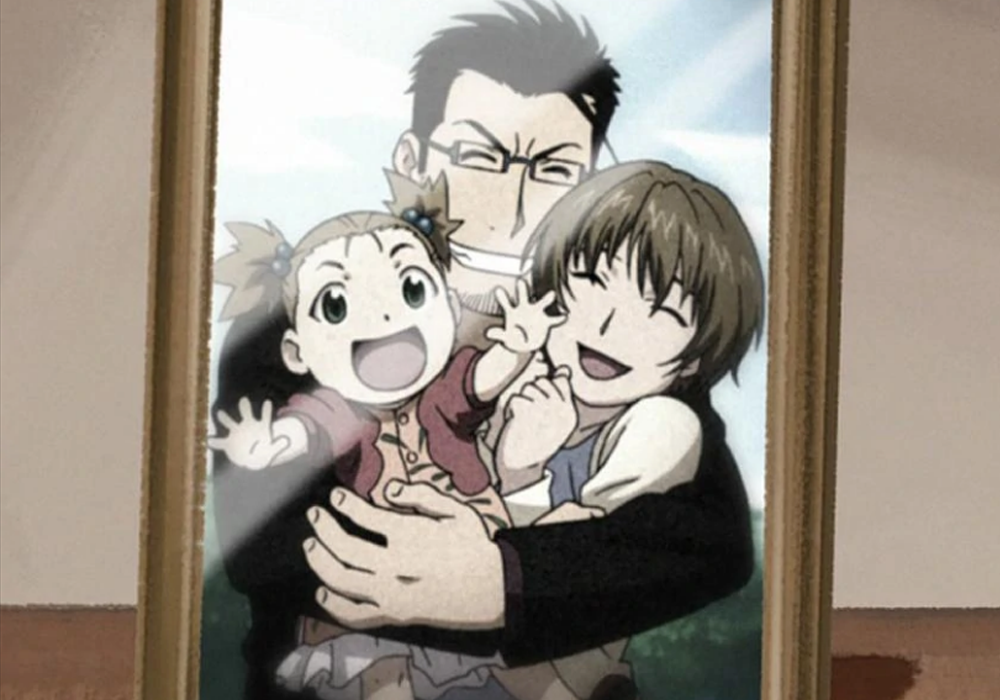 When it comes to anime dads, we simply cannot skip Maes Hughes.

In fact, he deserves to get Nerd Bear’s Anime Dad of the Year award for this year and perhaps the following years to come.

Majority of anime fans definitely remember him as the goofy guy who always has pictures of his wife and kid. He loves them so much, he’s always gushing about them!

He even tells Roy Mustang to get married already because marital life is such a joyous experience for him.

Sadly, we all know what happened to Maes. This is a bittersweet entry in memory of such a wonderful father, alchemist, and friend.