The Attila entry in the series is centered around the beginning of the Dark Ages, 395 AD. This year happens to coincide with the life of a certain well-known conqueror from ancient history, Attila.

His reputation for strength and conquest serves as a solid foundation for the grand campaign and player-made epics that comprise the player experience.

The modding community for Attila creates everything from bug fixes to massive overhaul mods that resemble expansion packs.

Our list aims to offer a variety of types of mods that provide challenge, quality of life, and enjoyment.

In light of the recent removal of the Lord of the Rings mod for Total War: Attila, we won’t be listing any mods that deal with copyrighted content like the Game of Thrones mods in case they get taken down someday, too. 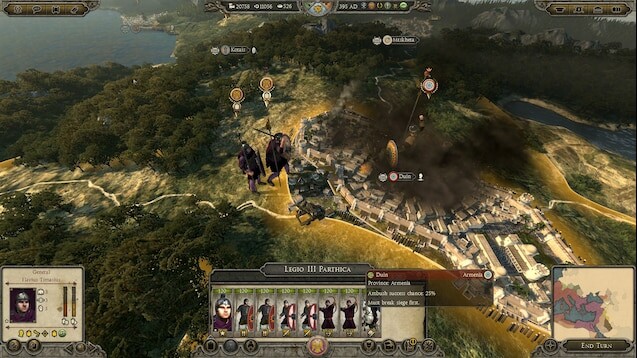 No Arcade Effects removes all of the arcade effects from the campaign map and battles, including the clouds.

The visual effects in Total War games are entertaining, but past a certain point, players want to focus on gameplay.

This difference has to be experienced to understand. There are minor performance gains for low-end systems, too. 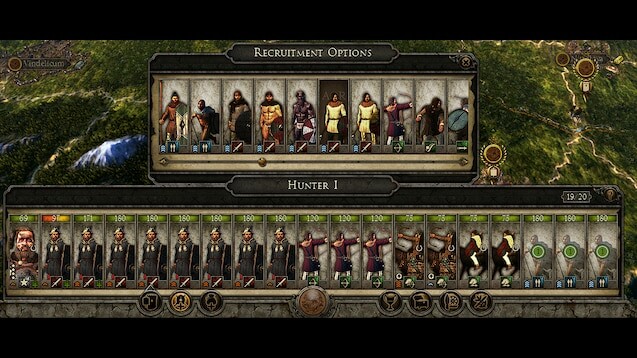 This mod changes the color of the unit category markers in Total War: Attila.

This fundamental change increases the speed at which players can browse through units.

Unlike similar mods, this mod retains the dark, timeworn style indicative of the dark ages.

We love a quality-of-life update; the ease this mod offers is underrated. 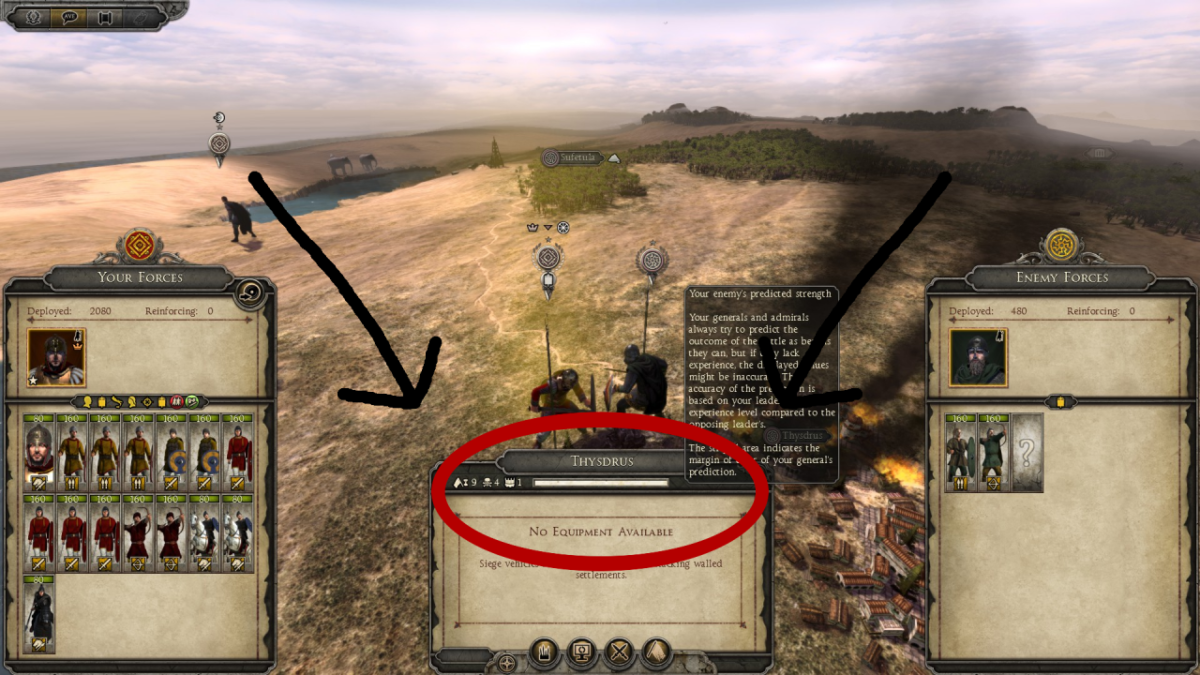 It’s evident that the creator of this mod is dedicated to the experience and immersion behind Total War.

Without a visible AR bar, players must rely on their own knowledge and confidence in their units instead of taking simple probability checks with the AR percentage.

We’re not alone in thinking that knowing the chances of success diminishes the fun of turn-based battles. 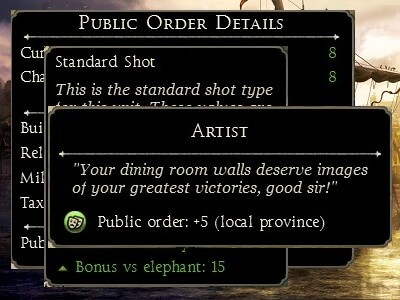 The transparent tooltips in Total War: Attila can become difficult to read as they layer on top of each other. It’s a slight annoyance that creates more frustration than is reasonable.

Opaque Tooltips makes the tooltip windows solid black. Some players may not prefer this, but we feel it makes the game easier to play because the information is easily readable.

This mod is a must-have for a specific breed of player. 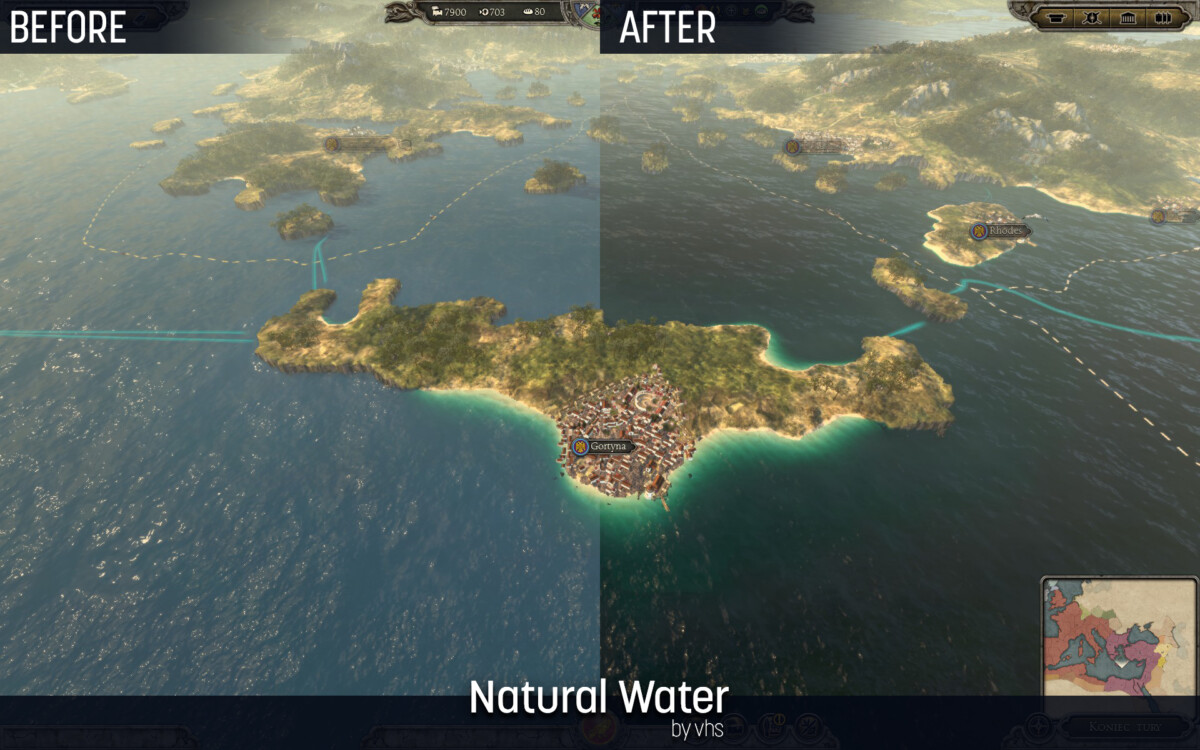 How does CA expect the player to enjoy the dawn of the Dark Ages without realistic bodies of water?

The default water appearance is acceptable, but every small improvement is worthwhile.

This mod’s water is a deeper blue with more shades of green than the base game’s.

There’s no more of that odd milky texture and sheen that the oceans had. 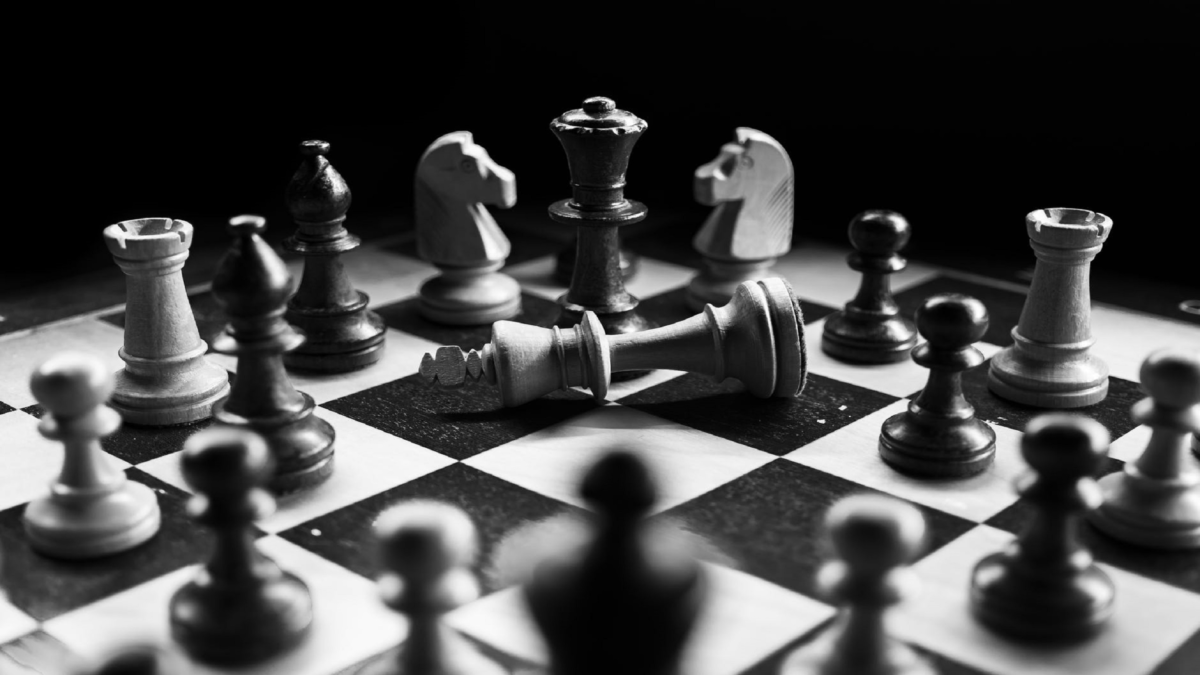 This mod changes the colony capture decisions made by the AI.

It’s frustrating to see the AI make bad choices. It loves to raze and loot while neglecting smart growth potential.

More Occupation AI makes the game more dynamic and fun when the choices are more reasonable.

The challenge of the game is more satisfying when the AI are worthy opponents for an experienced player. 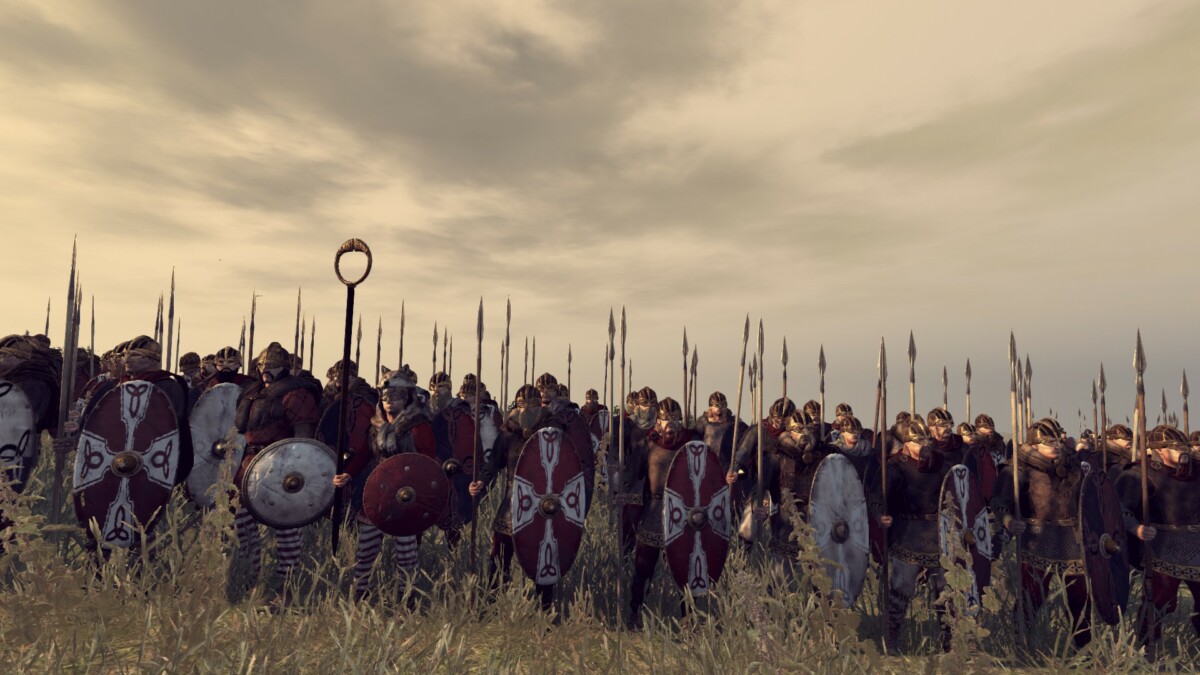 The Saxon’s default color of green wasn’t the most visually appealing, authenticity aside.

This mod’s new shade of red is way better to look at, with the added bonus of being accurate to the lore of Gedhriht, Geouguth, and Duguth. Shaping the civilized world requires civilized fashion, no?

Fans of Total War will love this simple mod that adds a dash of historical realism.

This mod fixes that problem while also boosting trading income and reducing the effort and resources it takes to build.

This mod straddles the line between the quality of life and a cheat that adds a big advantage. 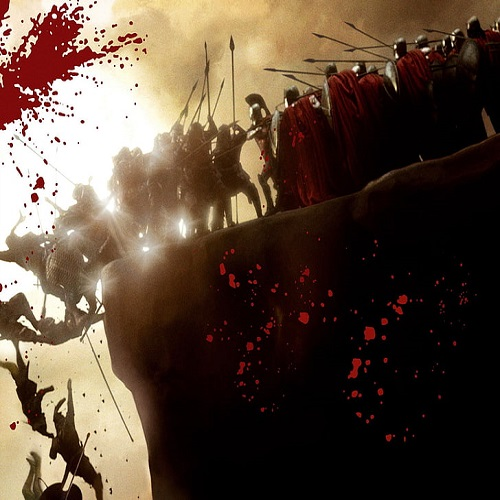 This new push ability adds a new, useful strategic option in battle. Use push to create a much-needed gap in battle or break through a stubborn choke point in one of your cities.

Available every 15 seconds, this custom ability costs 10% fatigue and grants a 5% morale boost.

We think this ability is balanced very nicely; it doesn’t add any degree of power that feels unfair or wrecks the challenge. 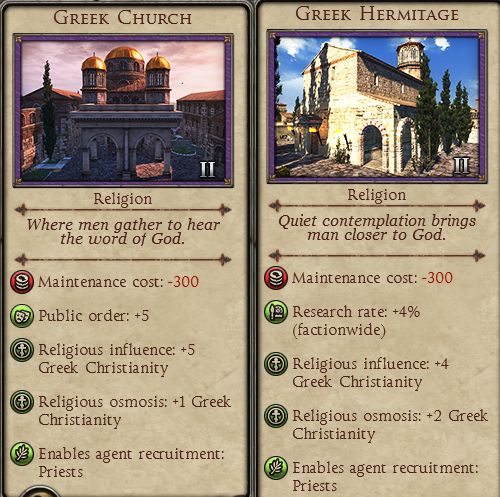 Only Total War: Attila would have a mod with such a funny title. Players know that it makes perfect sense, in any case.

Buffed Christianity improves the power of all Latin, orthodox, and Arian Christian buildings.

To top it all off, every Christian town building gives an increasable research rate. Christianity is underpowered in the base game, making this package a welcome adjustment. 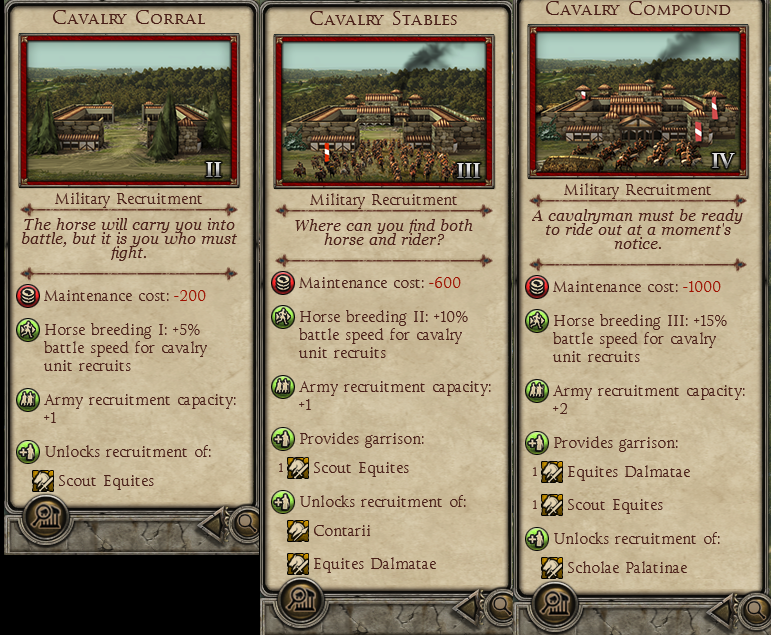 The western Roman Empire is known for having the worst cavalry in the game.

This mod levels the playing field, allowing them to compete with other cavalry-having empires in the grand campaign.

The cavalry military building can be upgraded to grant up to 15% increased speed. 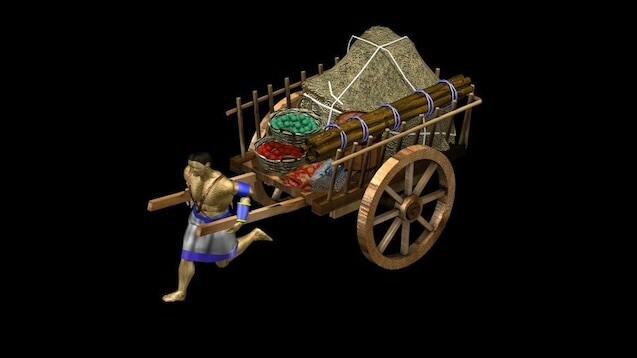 This mighty little unit is a welcome addition to any player’s dark age arsenal.

The Supply Wagon is a chariot unit for transporting resources that has no combat strength and a limit of one per army.

Having this infinitely helpful unit in the Great Campaign is a game-changer when it comes to efficiency and planning for the future of your civilization. 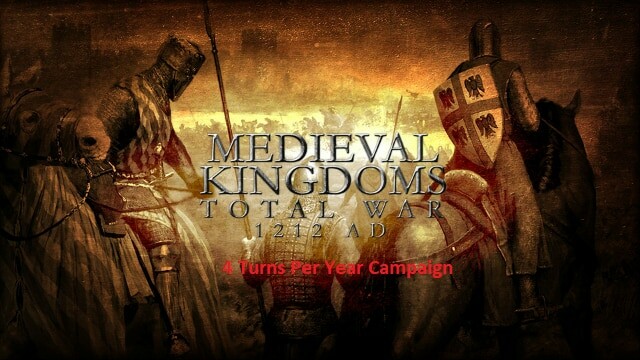 This mod gives players the ability to take four turns each year while playing in the 1212 AD mod.

Having a new number of turns per year changes the pace and tone of gameplay in Total War: Attila.

Players love this mod because it doubles the base number of turns usually allowed. These extra turns afford the opportunity to develop your settlements and strategy earlier than normal.

Please do not use this mod with the base game; it is made to work the 1212AD Medieval Kingdoms overhaul only.

Issues ranging from minor bugs to a broken game can happen if used improperly. 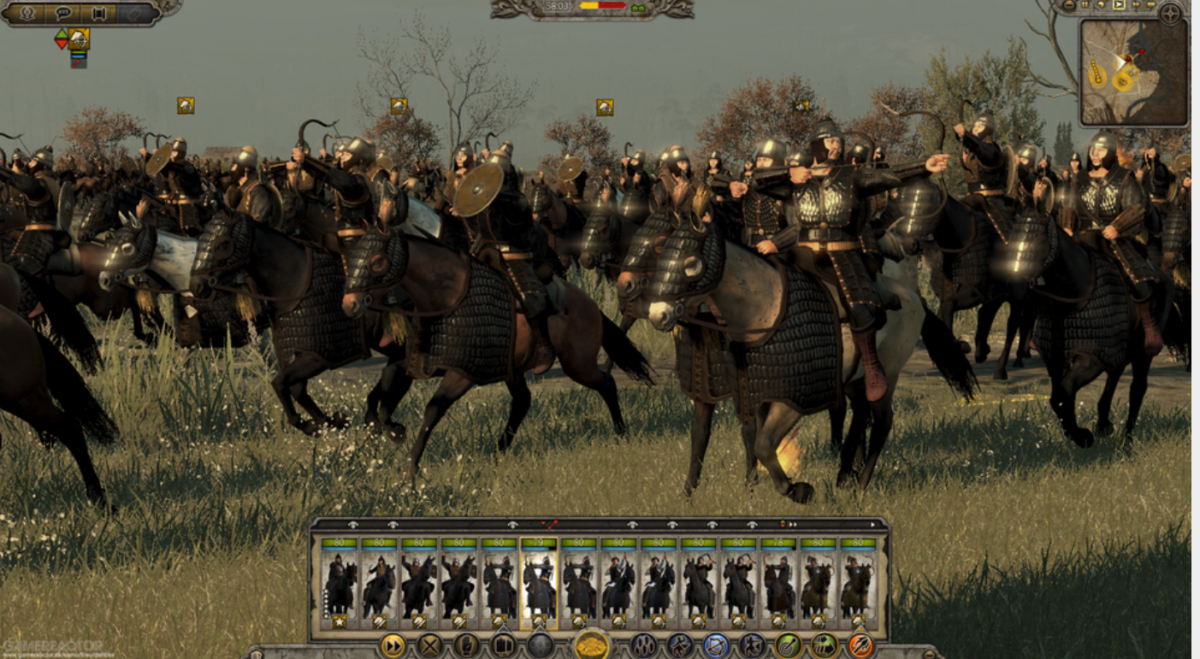 Community Bug Fixes is a massive pack of tweak and overhaul mods that compiles fixes for the variety of bugs that plague Creative Assembly’s Attila.

If the developers aren’t going to patch up their game, dedicated fans are there to pick up the slack.

This pack is a huge collaboration between different modders from the community. We’re impressed by the amount of labor that went into these bug fixes for free.

Improvements include the removal of Hunnic machine guns, a working reload skill, rebalanced and functional fire-rate mechanics, and more; there are too many to list, but trust that each facet of the game sees improvements. 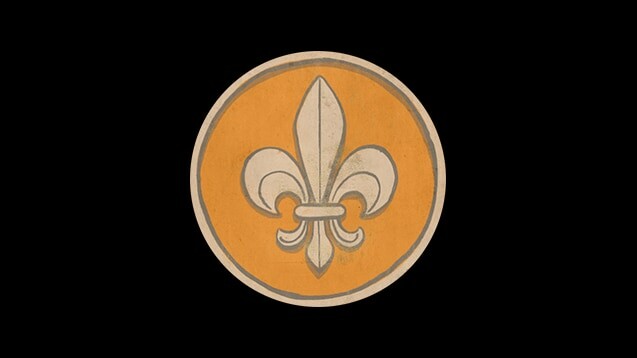 This mod removes the cumulative growth penalty that comes with numerous hordes and the rivalry penalty for being near opposing hordes.

This is a tiny, understated mod, but what it allows is interesting. The ability to use horde factions is amazing, lore-wise.

By removing the negative limitations that come with this mechanic, players can more freely decide to be a decentralized horde faction and explore the possibilities. 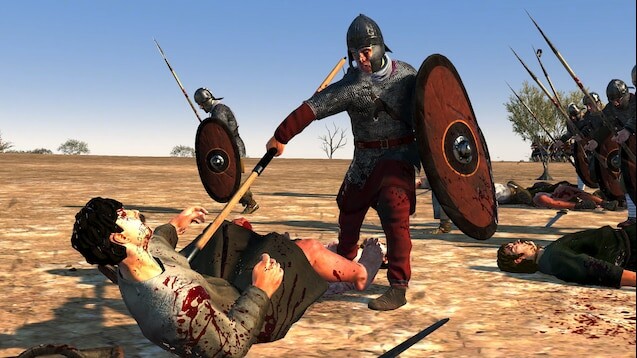 This mod contains the best animation changes from Fall of the Eagles, Rome II, Divide Et Impera, Return to Glory, and edits made by the mod creator.

We always go for the overhaul mods for games that make massive, sweeping changes to the visual interest of a game. 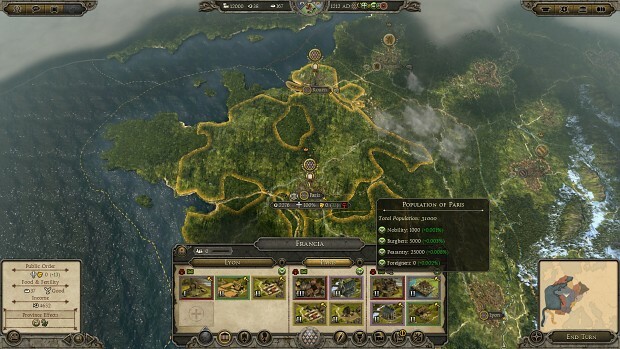 Medieval Kingdoms is a mod for Total War: Attila that brings the game to the classic Dark Ages. This is the first of four major overhaul mods that top our list because they can be equivalent to complete games.

More than a plain mod, 1212AD brings the game to heights that the developers should have.

Easily one of the most loved overhauls, this mod adds incredible detail, history, and immersion.

Explore the power and potential of ancient Europe, the Byzantine Successor States, Anatolia, the Khwarezmian Empire, and more.

Most of these kinds of mods attempt to bring the game into realism, but each does so with a different flavor and approach; they’re all worth trying out.

This mod was updated as recently as March of 2022! It can still be considered an ongoing project. That’s impressive, considering the base game was released in 2015. 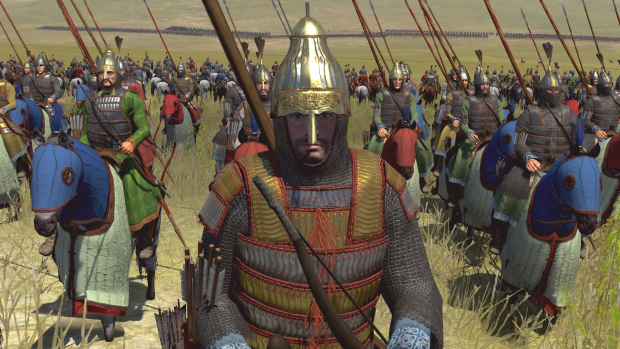 The Anno Domini series of mods for Total War is a complete overhaul mod to tell the true story of Europe during the later Dark Ages.

This mod’s main feature is the rework of the Age of Charlemagne DLC that makes it accurate to an 11th-century Total War experience, long after the era of Attila. Anno Domini includes custom textures and units for players’ visual pleasure and entirely new campaigns based on the relevant events and course of history.

This mod aims to provide a historically authentic representation of the ancient world while also giving dedicated players a higher level of difficulty in testing their abilities.

Experienced players will find the transition seamless, which is often the goal when creating mods like this.

1. Fall of the Eagles 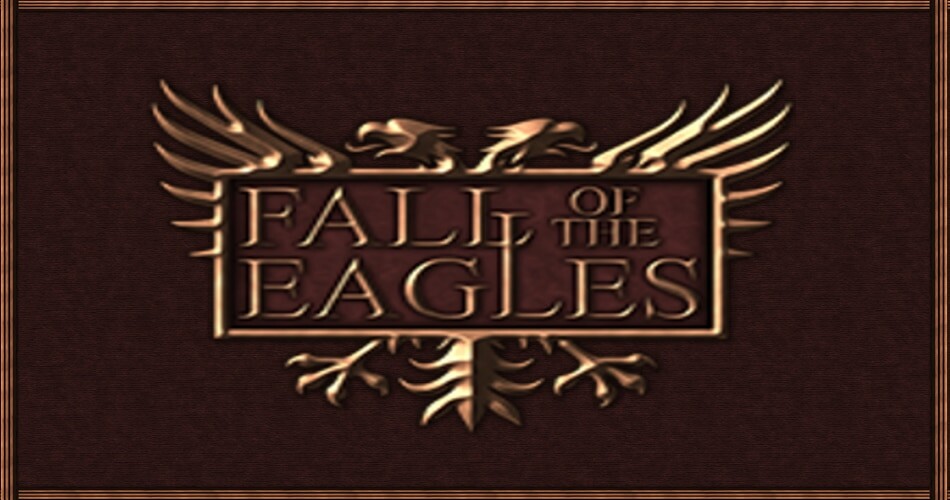 Closing out our list, we have a final unit and battle overhaul mod with similar goals to our previous picks, but it takes them to a new level.

Fall of the Eagles adds authentic details and realistic strategy for the Attila period, the same period as the base game.

This overhaul mod is unique with its submods that can increase or decrease the speed of battle to suit the player.

We enjoyed the higher pace of battle; it allows you to get through the slow stages of the game without any frustration or tedium.

FoE includes full-featured rosters for every faction that adds a well-rounded gameplay experience that renews the base game.

New factions include Celtic, Nordic, Slavic, German, and more, each with custom models based on primary historical sources. Most of the systems received unique reworks as well.