The game is packed with features that appeal to gamers of all types. SRII includes an extensive character customization system, allowing players to create their own unique street hero.

In addition, the game world is vast and densely packed with activities to keep players busy for hours on end.

To top it all off, the tone and style of the world of Saints Row are unique in the genre.

Please keep reading for our list of Saints Row 2 mods that will upgrade your gameplay experience. 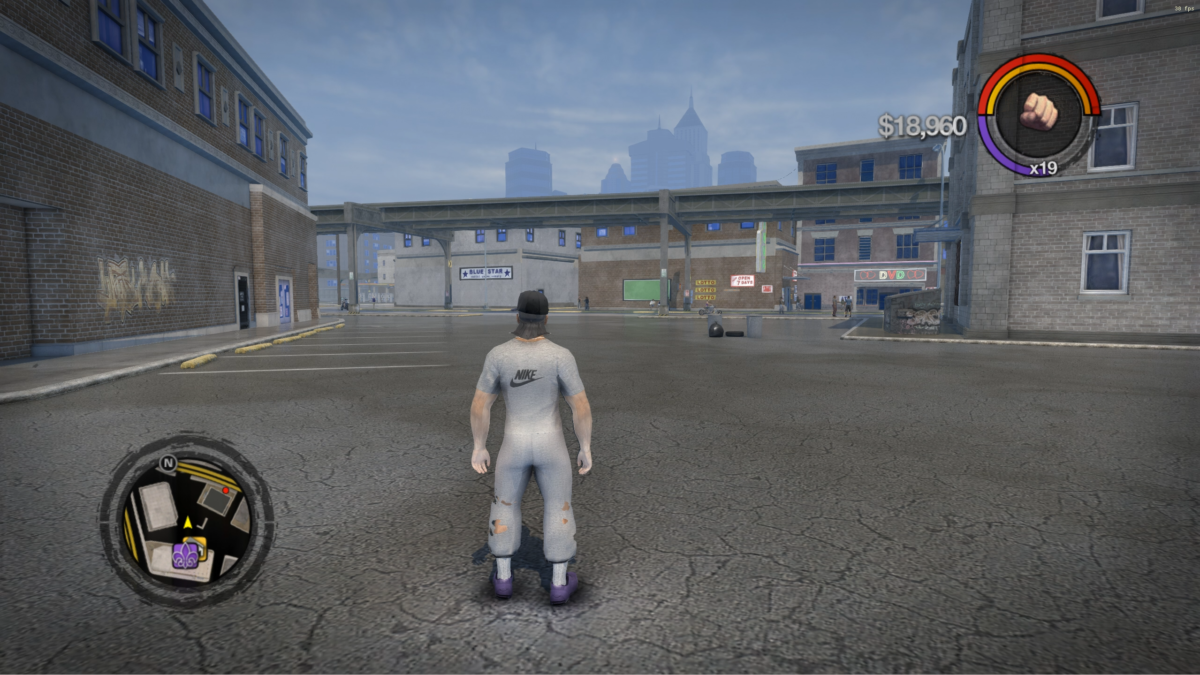 Resolution Fix for Saints Row 2 fixes the display of the default full-screen mode.

Saints Row 2 is a fantastic game, but one of its few drawbacks is the fact that it doesn’t support proper full-screen mode.

This can be pretty annoying, especially if you’re used to playing other games on full-screen.

Fortunately, there’s a mod for Saints Row 2 that fixes this problem by removing the letterbox effect, making it genuinely full-screen.

This mod fixes the appearance of Mr. Wong’s and Tobias’s facial hair.

Are you tired of looking at Tobias’s weird mismatched eyebrows? Or Mr. Wong’s beard that’s a different color than his eyebrows?

With this mod, Tobias’s eyebrows will match his hair color, and Mr. Wong’s beard will match the darker shade of his eyebrows.

Not only does this mod make the game look more realistic, but it also makes these characters more believable and likable.

Color of Kings adds depth and life to the colors in Saints Row 2.

This mod doesn’t simply crank up the color saturation, though.

It carefully adjusts the hue and brightness of each color to stay true to the spirit of the game while still making everything pop.

The end result is a game that looks more alive and vibrant without losing any of its original charm. 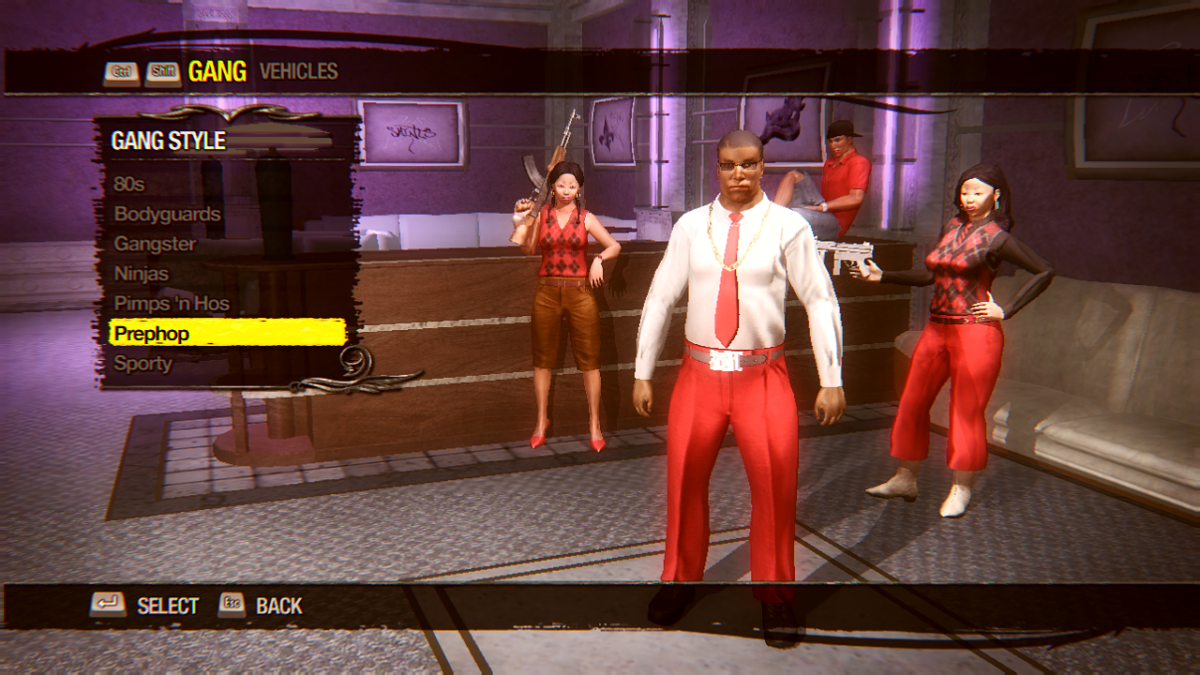 This mod adds Los Carnales back into Saints Row 2.

The Los Carnales gang is one of the most fearsome and respected factions in the game’s universe.

In the first installment of the series, they were a major player against the 3rd Street Saints, and their return in Saints Row 2 is sure to bring some serious heat.

The mod for SR2 replaces the Prephop gang with the Los Carnales, bringing them back with a vengeance.

Not only do they look tough and mean as always, but they’ve also got an arsenal of new weapons thanks to the sequel’s fresh selection. 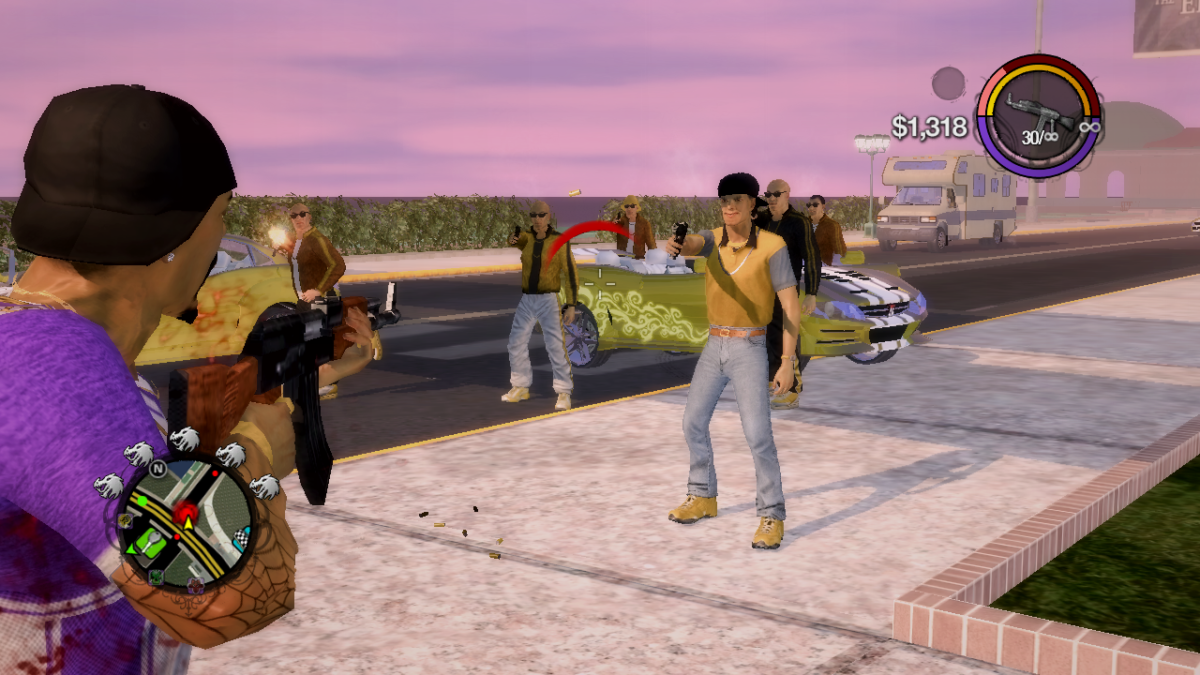 Ronin and Samedi are two of our favorite rival gangs in Saints Row. They’re also two of the most distinctive, with each having its own unique flavor and style.

For example, the mod gives the Ronin gang members new models and gear to make them look more intimidating. It also changes their clothing. 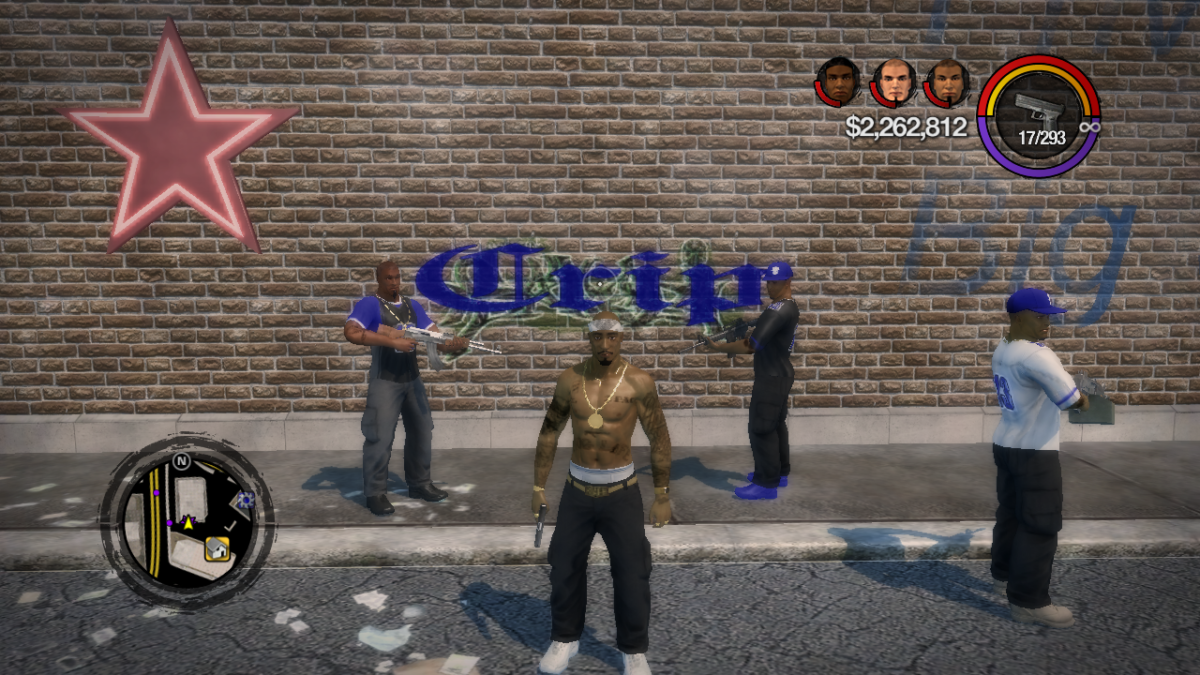 RealLifeGangsMod swaps the made-up gangs for real ones.

The Saints Row series is known for its over-the-top, cartoonish violence and mayhem; it’s fiction!

However, in Saints Row 2, gamers can now experience something a little closer to the real thing with the addition of gangs like the Crips and Bloods.

While the mod does not completely change the game, it does add a new level of realism that some players will find fascinating and enjoyable.

Everything from clothes and weapons down to tattoos has been altered for authenticity. 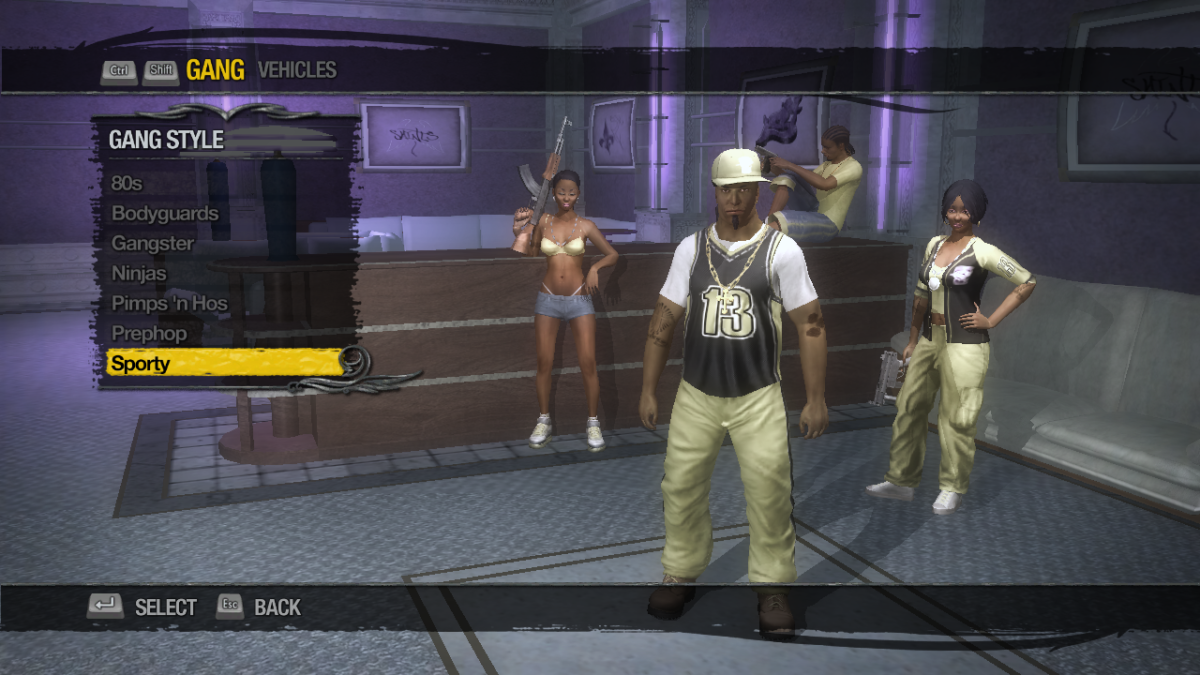 The Vice Kings were the original iconic gang in the debut Saints Row, so it’s no surprise that modders created something that would bring them back in Saints Row 2.

The Vice Kings recolor mod swaps out the slick purple of the Third Street Saints for a more nostalgic yellow; it also changes the colors of cars and clothes to match.

The result is a gang that looks faithful to its origins, now in the sequel.

In addition to changing the colors of vehicles and clothing, the mod also alters some of the NPCs in the game to resemble members of the Vice Kings.

Revitalized Preset is a preset file for ReShade that aims to make the game look better.

Saints Row 2 and its following titles are some of the most stylish open-world games of all time. However, the second game’s visuals haven’t aged particularly well.

This ReShade preset for Saints Row 2 aims to change that by augmenting the game’s original art direction.

The preset changes the game’s lighting and color palette, creating a more vibrant and immersive world. In addition, the preset also sharpens the game’s textures, giving it a more modern look.

At the end of the day, the ReShade preset for Saints Row 2 is an essential download for any player that cares about visual presentation. 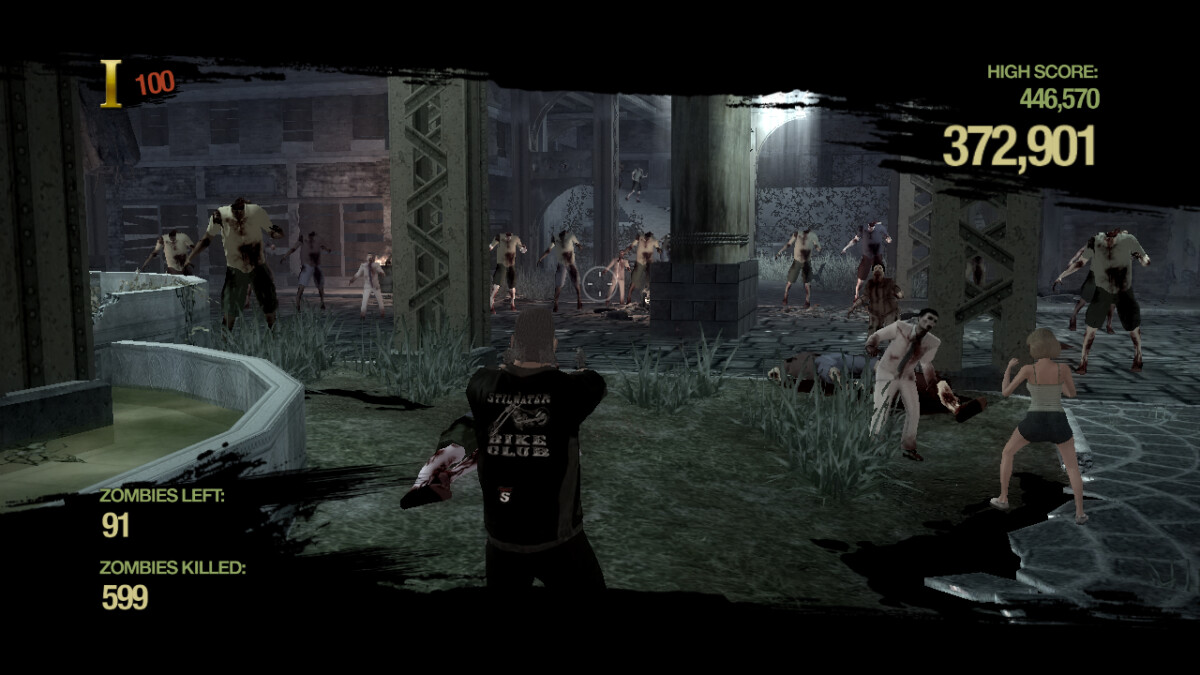 If you’re looking for a mod that will change up the gameplay of Saints Row 2, then you’ll want to check out the Zombie Uprising mod.

While the game’s difficulty does not seem to differ from the vanilla version, this mod will definitely amp up the fun of mowing down bigger blobs of shambling horrors. 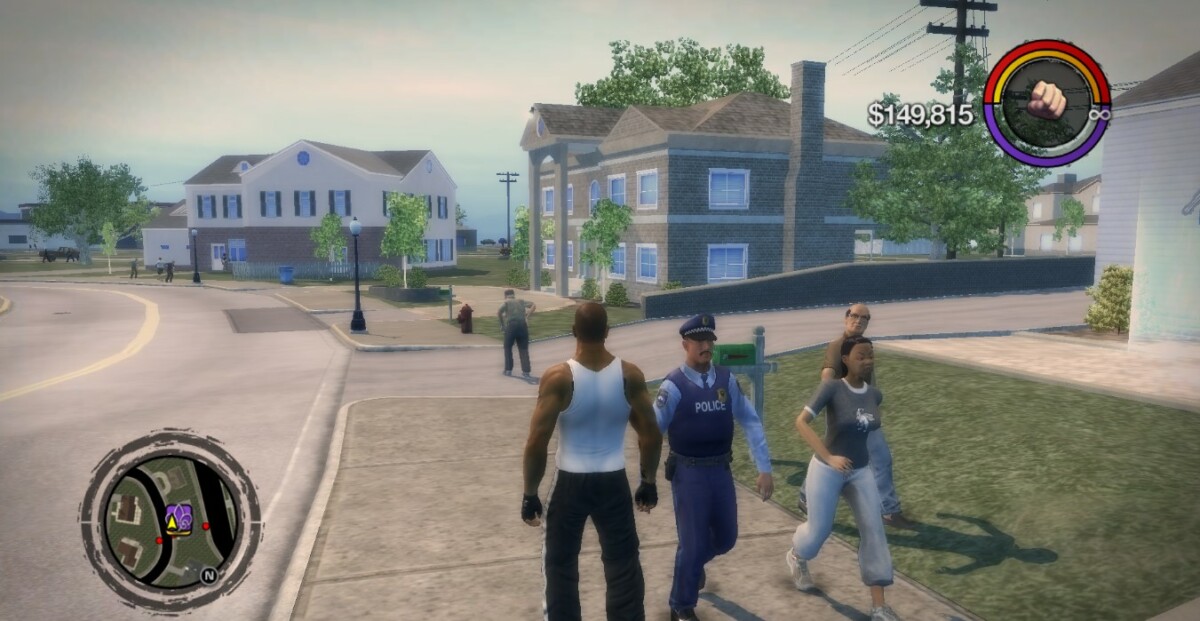 Saints Row 2 SG is a save file with the whole map unlocked, is at the start of the game and has infinite respect enabled.

Starting from scratch with an uber-powered save file is a classic move for gamers looking to squeeze more fun out of their favorite titles.

This file for Saints Row 2 offers a super-powered sandbox-y fresh start, allowing you to explore every nook and cranny of the game world at your leisure.

Plus, with infinite respect, you’ll be able to access whichever mission you choose from the very beginning, making for a whole different gameplay experience.

So if you’re looking for a new way to play Saints Row 2, be sure to check out this save game file!