Saints Row 3, or Saints Row the Third, is the third installment in the whimsical GTA-like (but better) series developed by Deep Silver Volition.

Players rejoin the Third Street Saints at the height of a newfound level of fame and commercial success.

There are colorful luxury cars to steal and customize, outfits to buy, and a litany of weapons that range from jokey to severe that you’ll need to terrorize your adversaries as the Saints fight for their rightful place on top.

Saints Row 3 is all about action, style, and humor.

Our picks for the best mods include customization enhancements, custom content, and other gameplay tweaks so players can live the life of an opulent street gang member.

The Third Street Saints cannot be caught in public with anything less than the sharpest looks.

These hairstyles come with their fully-functional SR4 physics. All of the models are for the female boss player characters.

Our favorite is the Prom Queen, which creates a comical contrast with the activities in the game. 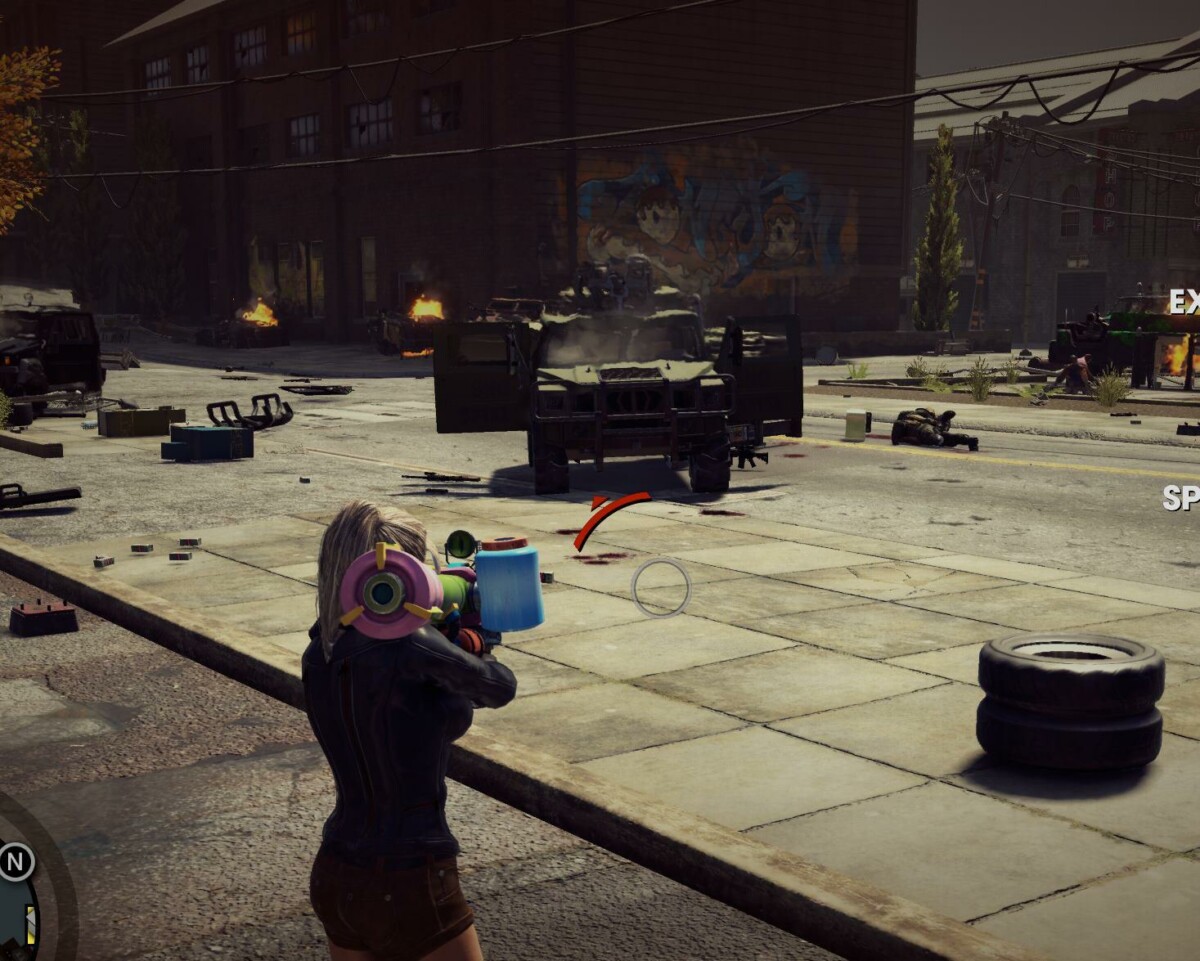 Debris Stay Mod allows broken debris from vehicles or scenery objects to remain on the ground for much longer.

We can’t overstate how much bang for your buck this mod offers.

There’s nothing more satisfying than having the wreckage of a tank you just blew up with a satellite-targeted airstrike sticking around as evidence rather than fading out of existence almost immediately.

Immersion and realism may not be cornerstones of Saints Row 3, but players can still expect a little bit of immersion. 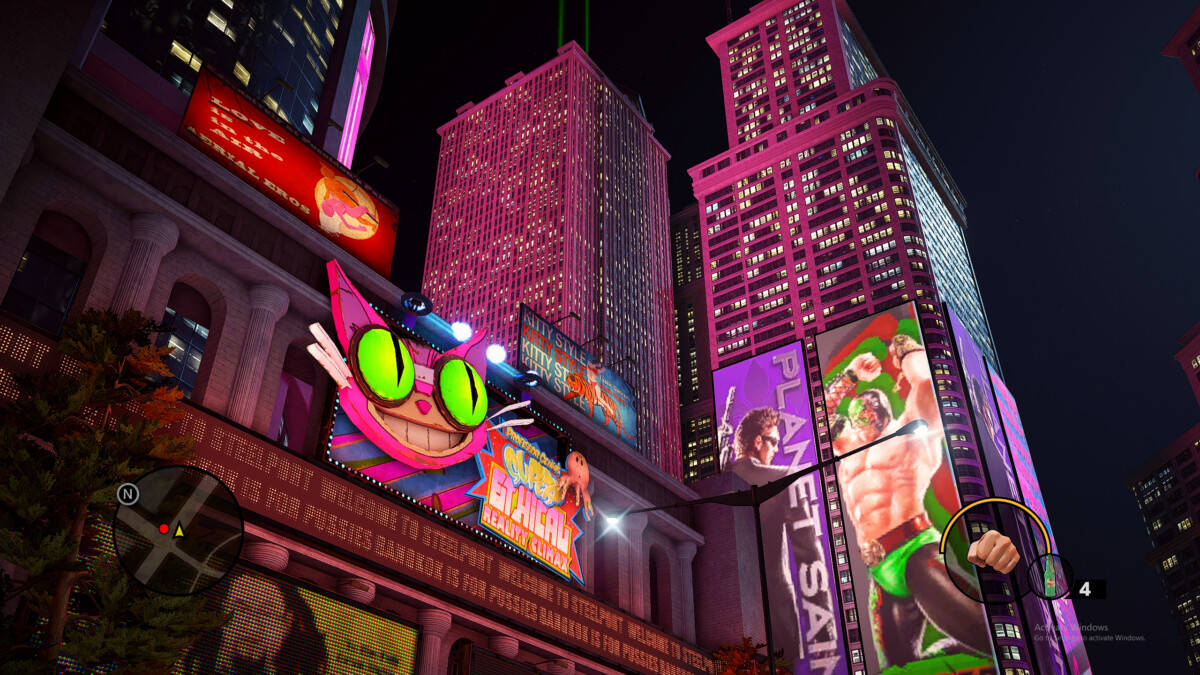 Vibrant Reshade improves the appearance of Saints Row the Third.

The city in Saints Row is packed with buildings, environments, and set pieces that ooze style.

This mod boosts the saturation and lighting of the colors in-game to create a more striking visual experience. Especially at night, a more colorful world is more fun to play in. 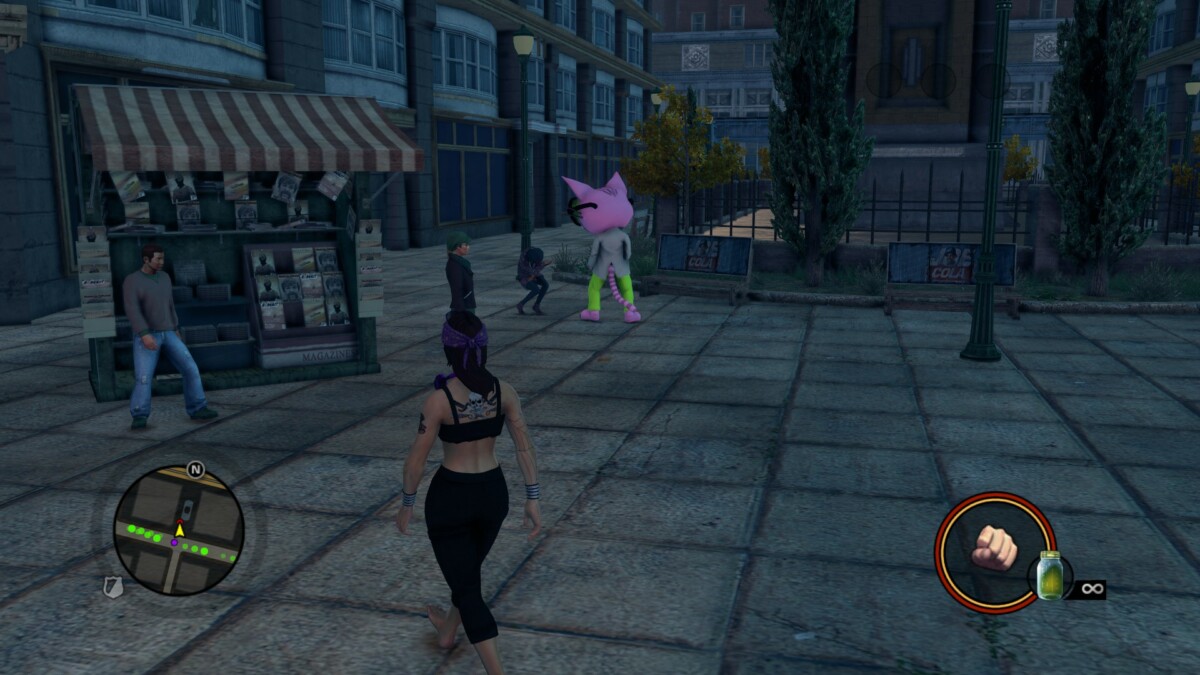 This mod increases the spawn chance for Genki in four different neighborhoods.

Genki is the enigmatic neon cat that can wander the streets. His usual appearance rates in the base game are punishingly low; it’s sad.

This fruity feline drops $100,000 for players lucky enough to find and defeat him.

The increased rate is 25%, over the original 0.05%, in the neighborhoods of Burns Hills, Port Pryor, Sunset Park, and Wesley Cutter Intl during the daytime hours.

Download this mod and get to hunting! Be prepared with a high-damage weapon or a heft vehicle; this cat is no pushover. 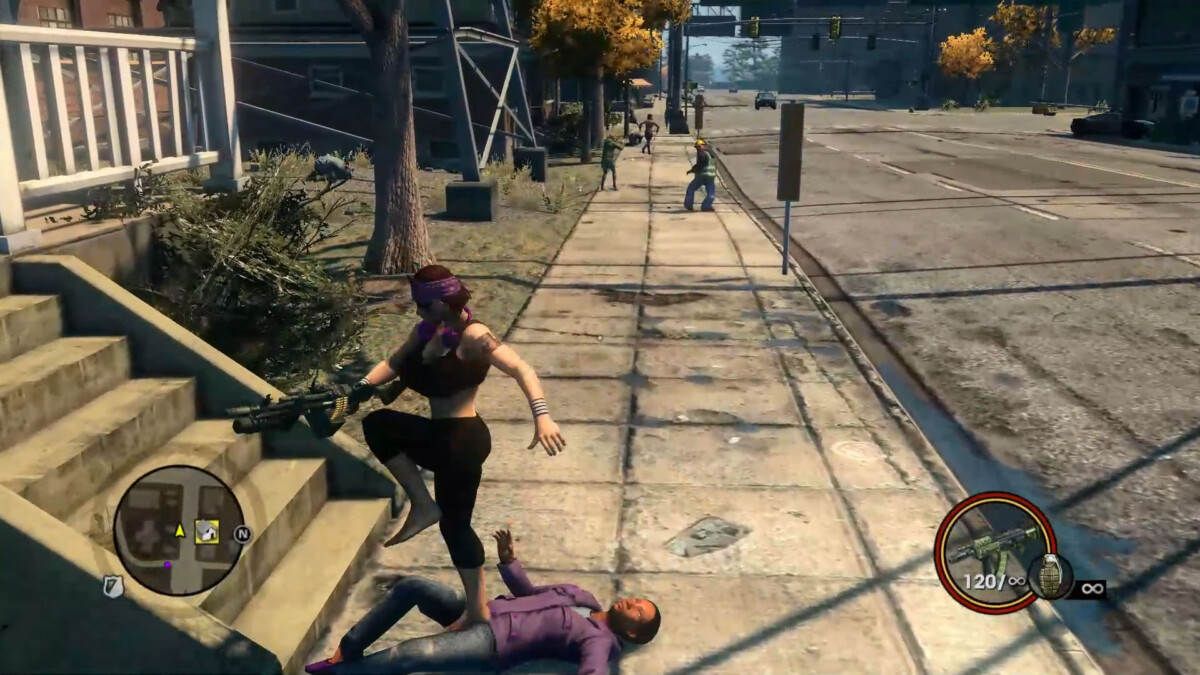 This Weapon Takedown Animation is a finishing move that deals powerful damage between a gentleman’s legs.

There are powerful weapons in the Saints Row series. From baseball bats to weapons of near-mass destruction, there’s no shortage of ways to take out rivals on the streets or anywhere else.

This mod offers a new option, a secret, insidious option. Players don’t need shotguns or SMGs when there’s an option to attack an opponent’s manhood directly.

Simply press the F key while near the unlucky NPC and enjoy your newfound power. 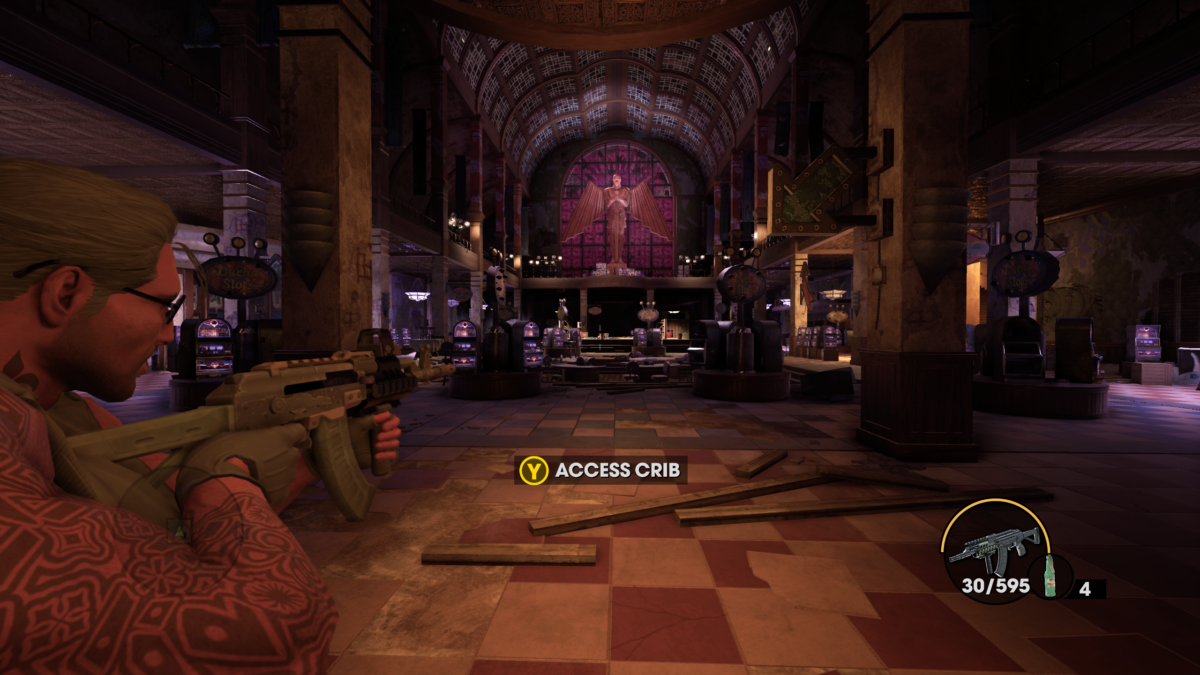 Over the Shoulder Camera Pack is a set of custom camera presets that enable the game to be played from a new perspective.

Saints Row The Third is usually played from a 3rd person’s view; this perspective works well. There’s nothing wrong with it.

In the spirit of replayability, a little bit of change never hurt.

This mod allows players to experience the game from a more FPS-like over-the-shoulder view at all times, rather than just when aiming down sights.

We thought it was a fun change of pace. 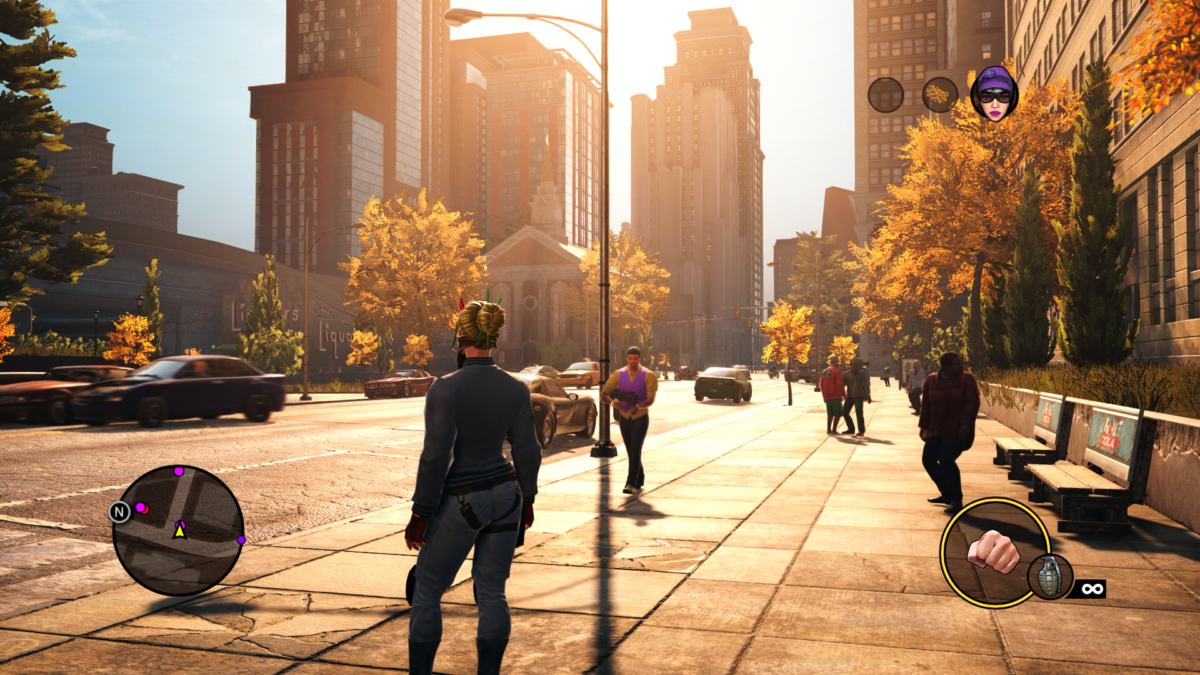 CRJ Ultimate Preset is a settings file for the ReShade program that tweaks the graphics of Saints Row 3.

The second visual effects mod on our list, this one offers a different modders vision of how SR3 should look. CRJ Ultimate uses the 3rd party program ReShade, which allows a new level of customization through post-processing and stylized graphical filters.

Players who are happy with the color saturation in the game may prefer this mod to our other pick since it focuses on lighting and sharpness, preserving the intended style.

You can always tweak ReShade settings yourself to craft the perfect personal preset.

ReShade works for many other titles. 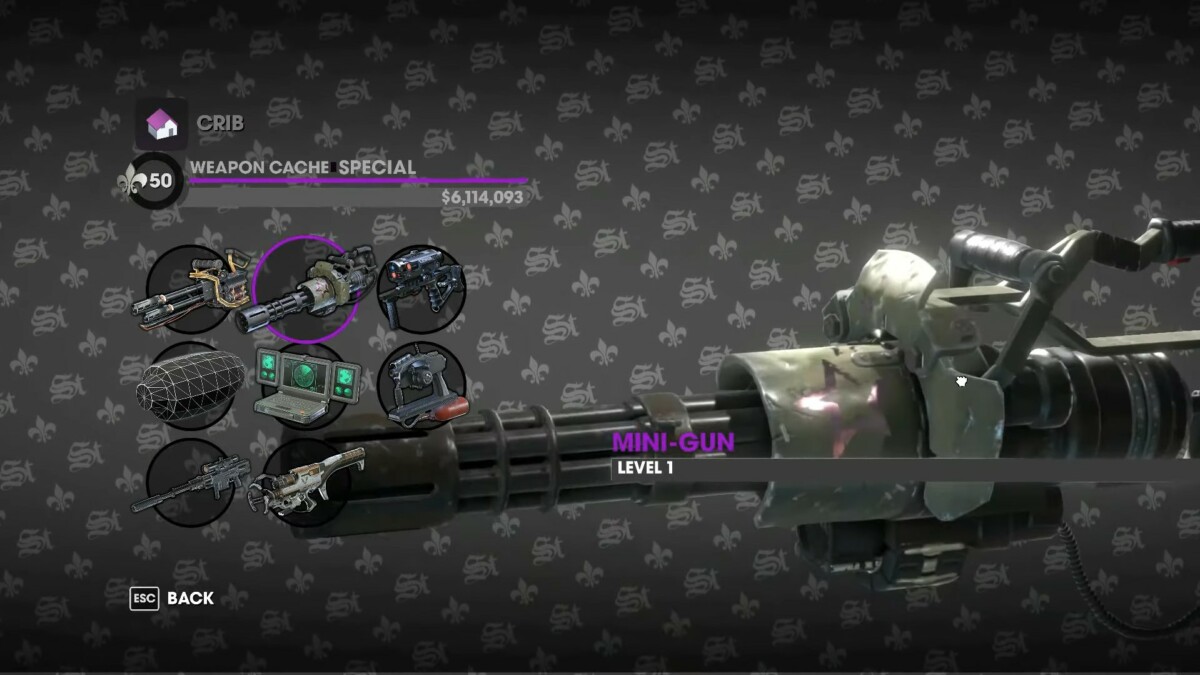 There are tons of weapons in the Saints Row story or side missions that get removed from the inventory after their relevant mission; this mod changes that.

Sick weapons like the minigun or the flamethrower can become your go-to staples for routine street sweeping or law evasion.

This mod counts as a realism enhancer because why would your character ever give up some of the most potent weapons once they got their hands on them? 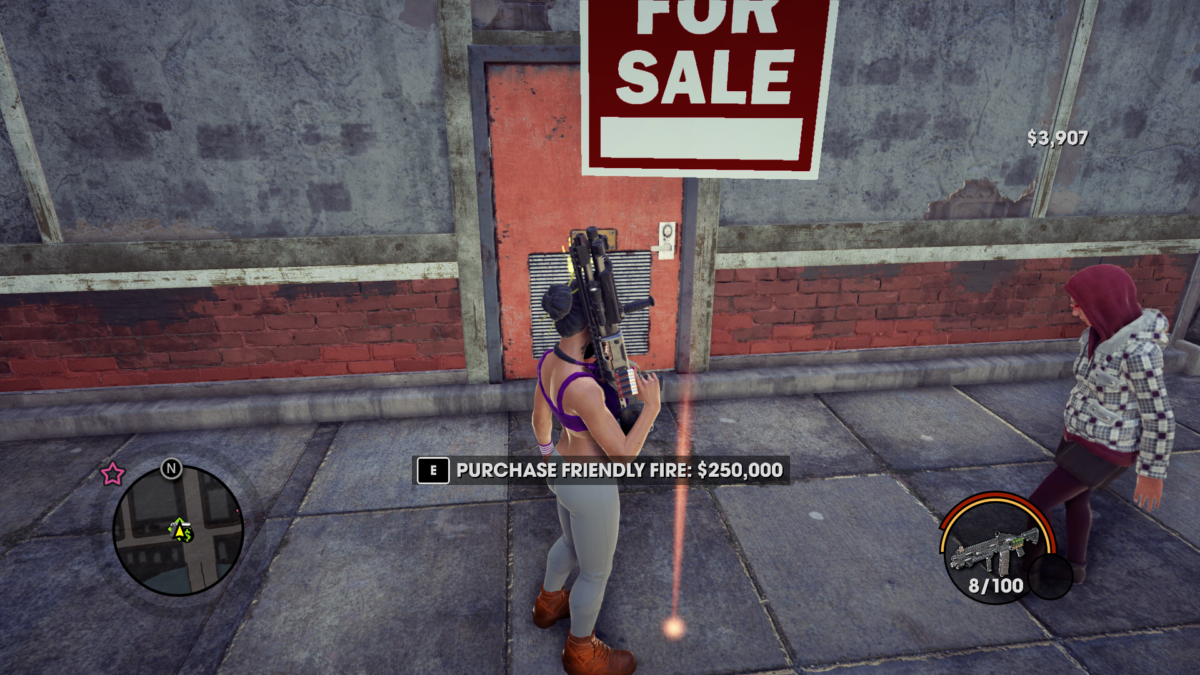 The Real Economy Mod for Saints Row adjusts the prices of properties to reflect the real world.

The creator of this mod wanted to make the process of accumulating funds and real estate a slower, more satisfying process.

Becoming a millionaire doesn’t happen overnight, but without this mod, players could buy a business within an hour.

We enjoy this mod more than we would have expected. Buying a property for $2,500,000 feels fantastic.

Unique Homies changes the in-game friends and the cars they arrive in when called in Saints Row 3.

Your fellow Saints and other homies in SR3 are the souls of the game. This mod makes them a little more ridiculous and fun in an utterly on-brand way.

When players call a homie using the cell phone, many will show up in different outfits and rides.

Zimos shows up in the Boogie Bus, and Hell drives the Saint’s Tornado. There are other homies in this mod, but we don’t want to spoil all of the surprises.

Super Ethical Pack compiles a selection of mods and tweaks for Saints Row the Third. You can’t beat the convenience of one download for several mods.

If you’re looking for a single mod, there is no better choice. Some of these quality mods are difficult to find on their own now, besides. 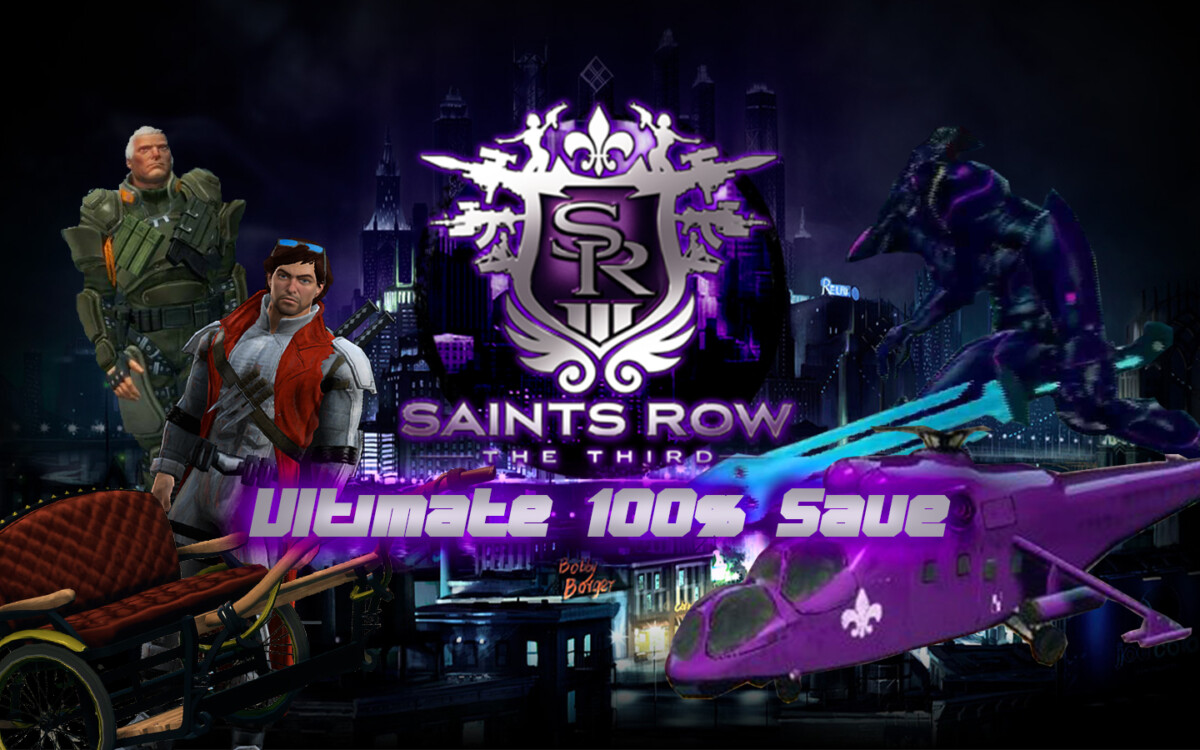 Ultimate 100 Save is a save file for Saints Row 3 with 100% completion and several rare vehicles and outfits.

This file is unique because it is an actual blank slate. Other 100% complete saves come pre-built with selected upgrades, completed side activities, etc.; not the Ultimate file.

This file is not cheat-flagged, has upgrades unselected, assassinations and vehicle thefts ready to do, and all the unique and special vehicles that are usually unattainable.

Saints Row 3 is the perfect launchpad for an epic and comical sandbox experience, and this save file is the key to it all. The sky’s the limit.