Irrational Games’ SWAT 4 is a special tactical shooter game for a ton of reasons. First, it’s one of the only games that realistically portrays law enforcement SWAT teams in action.

Second, it features an open-ended gameplay structure that allows players to approach missions in various ways. Last, it has a strong emphasis on teamwork, which makes it a great choice for cooperative play.

All of these elements come together to create a unique and enjoyable gaming experience that will appeal to fans of the genre.

It’s not exactly a mod, but SWAT 4 stats tracking deserves an honorable mention. Along with our top picks, check out Swat4Stats. 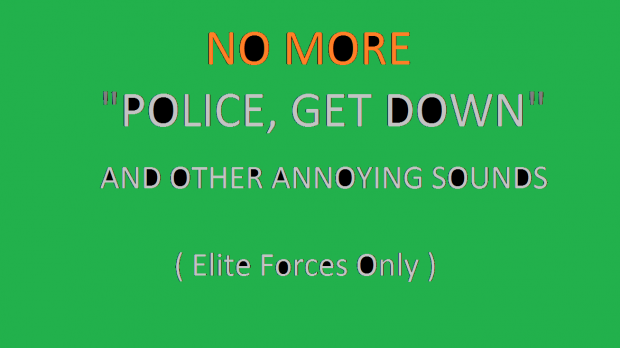 The constant police shouting in SWAT 4 can be a tad annoying. Thankfully, there’s a remedy.

This mod removes the sound clips of police shouting commands like “get down,” “hands up,” “police,” and “show me your hands.” As a result, you, as the player, won’t hear these sounds play, but the in-game suspect still does.

This can make the game less fatiguing, especially in single-player modes. 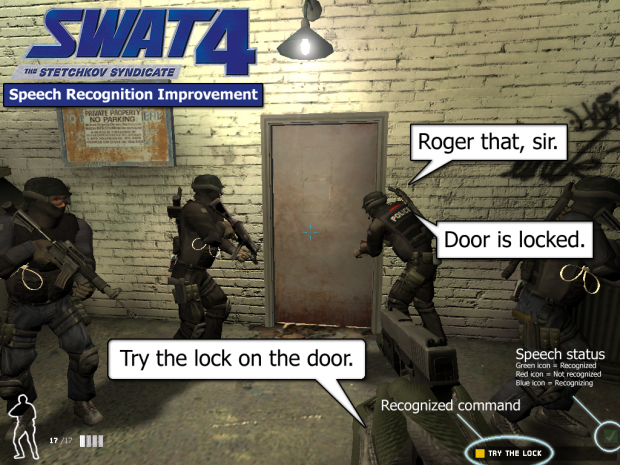 The built-in voice recognition system in SWAT 4 is a great feature that allows players to issue commands to their teams using only their voice.

Mysteriously, the developers disabled this feature in SWAT 4: The Stetchkov Syndicate even though the code is still present.

This mod enables the built-in voice recognition system. For example, you can say “on my command” or “blue/red team, hold.”

You can find a complete list of supported commands in the mod’s documentation. 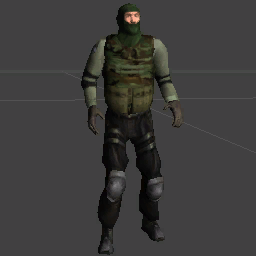 Camouflage Skins is a set of camouflage outfits for players and police NPCs.

If you’re looking for a way to add extra immersion to your next game of SWAT 4, consider changing your look.

The camouflage outfits in this pack make it easy to blend in with any environment.

Whether you’re sneaking up on suspects in an urban area or tracking them through a forest, the Camouflage Skins will help you stay hidden and undetected.

Overall, the Camouflage Mod is a great way to add some extra realism and challenge to your next game of SWAT 4. 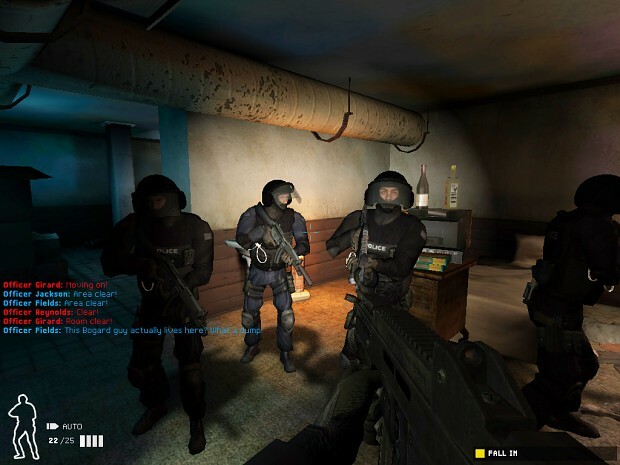 The GSG9 mod for SWAT 4 is a popular mod that uses the German GSG9 character models. The mod also adds a new helmet and modifies some of the weapons data to change the game’s tone.

The change in tone is especially evident in the weapons data.

The changes to the weapons data make the game more realistic for particular gear enthusiasts. 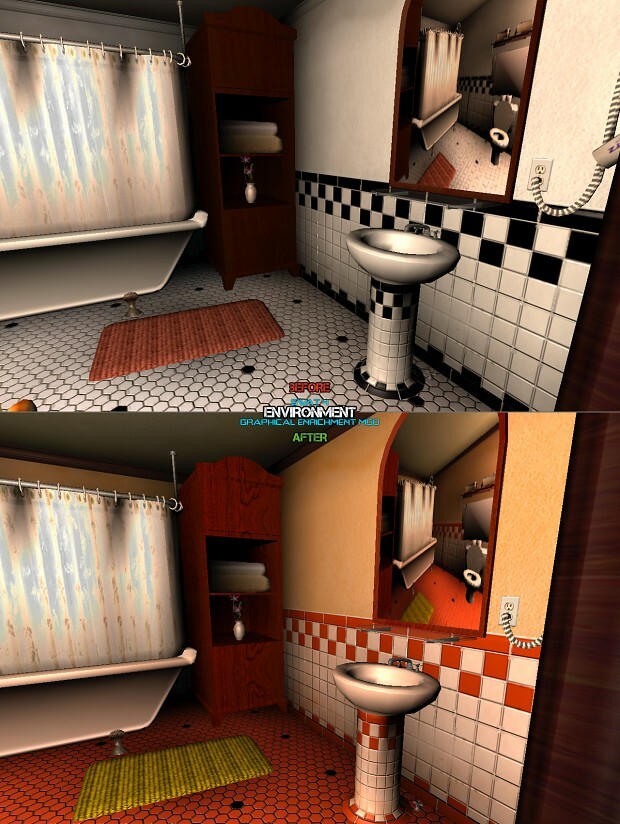 In the SWAT 4 base game, the textures are flat and a little lifeless, the colors are de-saturated, and the scenery is not very well-staged at times.

This is a mod that changes all of these things.

The textures are now more realistic and full of detail, the colors are saturated, and the scenery is beautiful and atmospheric.

The mod also changes the terrain to be more varied and exciting, and it optimizes the scene compositions. 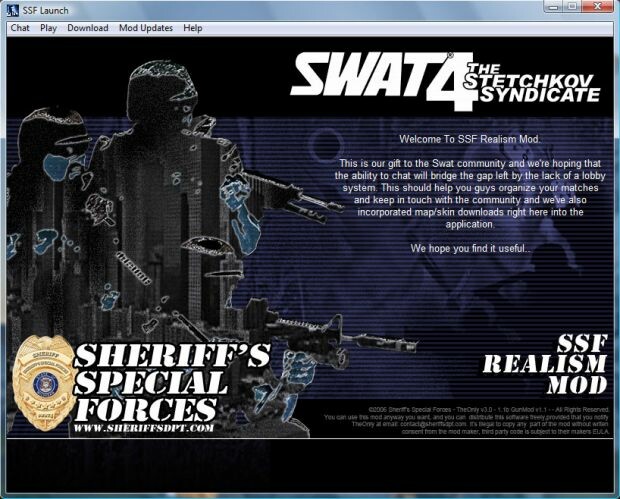 This mod makes the game more challenging and fun.

We recommend that you try it out if you’re a player that needs a refreshed swat team experience. 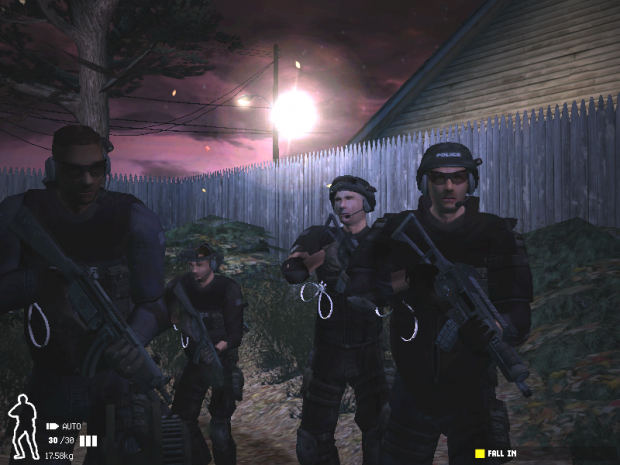 Huge Officer Varieties is a miniature expansion pack that adds to and modifies the original game.

This mod is one of a series of similar mods that all bring something novel to the game. 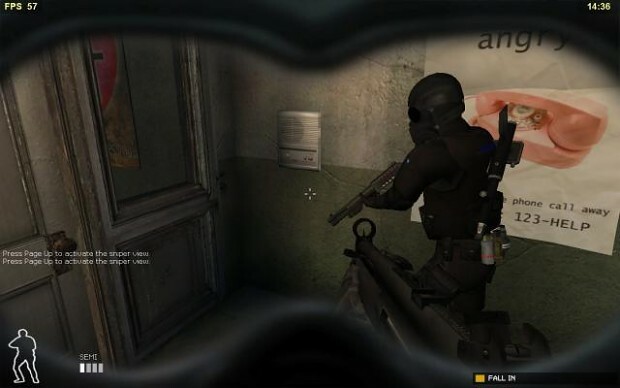 SAS Mod is another significant expansion for the original SWAT 4 game.

The mod fixes existing bugs and aims to expand the game even further.

For experienced players looking to get the maximum amount of enjoyment out of SWAT 4, this expansion pack is a must-have.

2. Back to Los Angeles 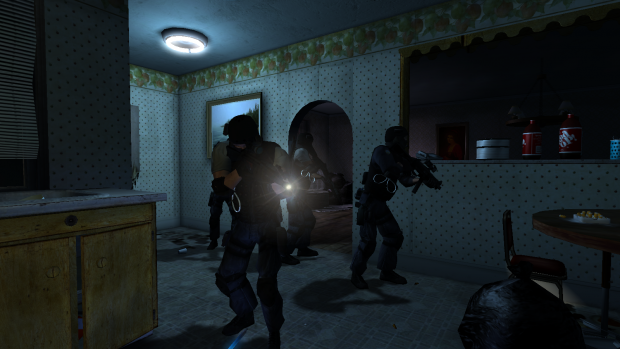 Back to Los Angeles is an overhaul of SWAT 4 inspired by SWAT 3.

One of the best things about SWAT 4 is that the modding community has created a wealth of custom content you can use to change the game to suit your preferences.

If you’re a fan of the classic SWAT 3, then you’ll be happy to know that there’s a mod for SWAT 4 that adds several custom assets and changes inspired by that game.

Back to Los Angeles includes new textures, models, and animations, as well as changes to AI behavior and sound effects.

In addition, the mod also introduces a number of new gameplay features, such as modified movement speed and new enemy archetypes to trip even the most seasoned players.

SWAT 4 was released in 2005. The game received critical acclaim upon release, but the game was not without its flaws, and several community-made expansion mods were released in an attempt to address some of the issues.

Among these mods is SWAT 4: Elite Force, which is widely considered the most comprehensive mod for the game.

It also makes numerous changes to the game’s campaign mode.