Succubus: a female demon that seduces men. It doesn’t matter if it’s fantasy, adventure, or comedy—every anime needs a succubus!

Their powers can be the most deadly or the most hilarious. A sidekick to follow all the hijinks, main love interest, or the source of the shows’ evil. So which characters will fall to pieces at the succubi’s allure, and what will they give up for the seductive ladies of this list? 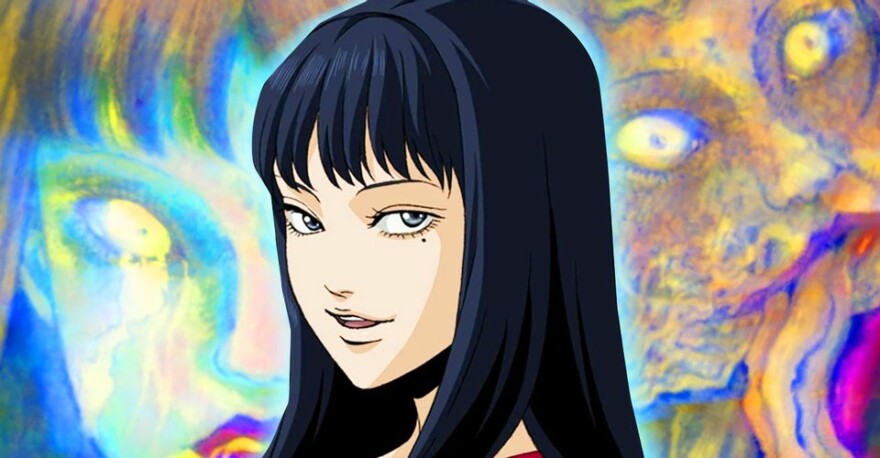 From Junji Ito: Collection Specials, Tomie Kawakami begins her story with her death. A popular high school girl with immeasurable beauty who dies a gruesome death that results in her classmates dismembering her and scattered her body parts.

This is only Tomie’s beginning as the succubus with jet black hair comes back to life again and again and again after meeting her countless ends to those she seduces throughout her many lifetimes. 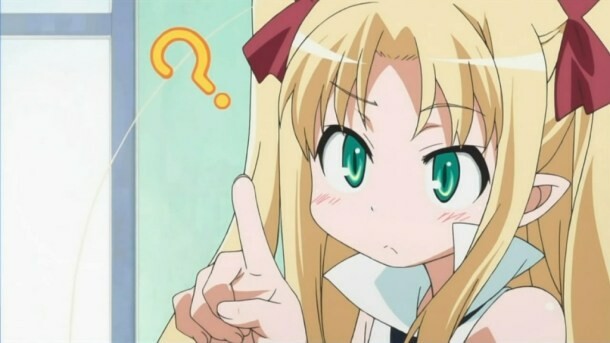 In Astarotte’s Toy!, Lotte is a princess succubus who dwells in the magical realm. She needs the life of men to regain their magic and keep her family tree alive. Although Lotte knows she needs men at hand, she can’t stand them!

One of her followers takes a trip to the human realm to bring back a man for Lotte. They come back with a 23-year-old man in toe. He’s Naoya Touhara, a single dad who brings along his daughter.

Lotte is refreshed that Naoya doesn’t see her as a object. Maybe there’s more to Naoya arrival in the magical realm that ties into Lotte’s fate. 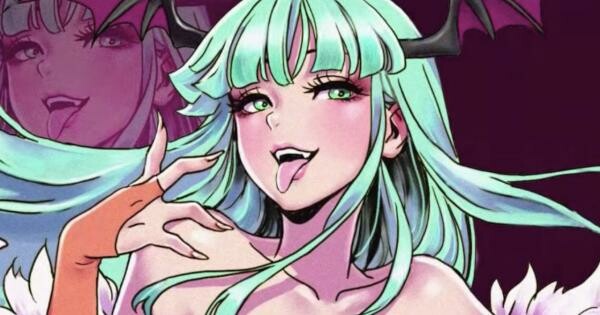 Morrigan from Night Warriors: Darkstalkers’ Revenge is a succubus demon more interested in visiting Earth than her role as a member of the royal family, which she finds extremely boring.

Morrigan is a part of the Darkstalkers who secretly rule over the human world who is in conflict with other wicked creatures like vampires, werewolves, and even zombies.

Morrigan becomes enraged when a race of robots called the Huitzil to think that humans are better of erased and wants the Darkstalkers to go to war with the Huitzil to protect humanity. 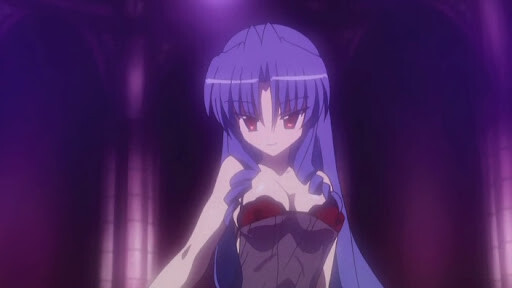 Reika is a succubus and a total tsudere in Good Luck! Ninomiya-kun. She is the president of the student council and heiress to her father’s empire but wends up become the maid to ordinary Shungo Ninomiya and competing against a fellow succubus, Mayu Tsukimura, for his love.

Shungo was an average high schooler living at home, but everything changes when his older sister invites Mayu and her brother to move into their house to keep Shungo company while she is away at work.

Turns out, Mayu is a succubus and her brother an incubus. Oh, dear. At least Mayu’s has a phobia of men. 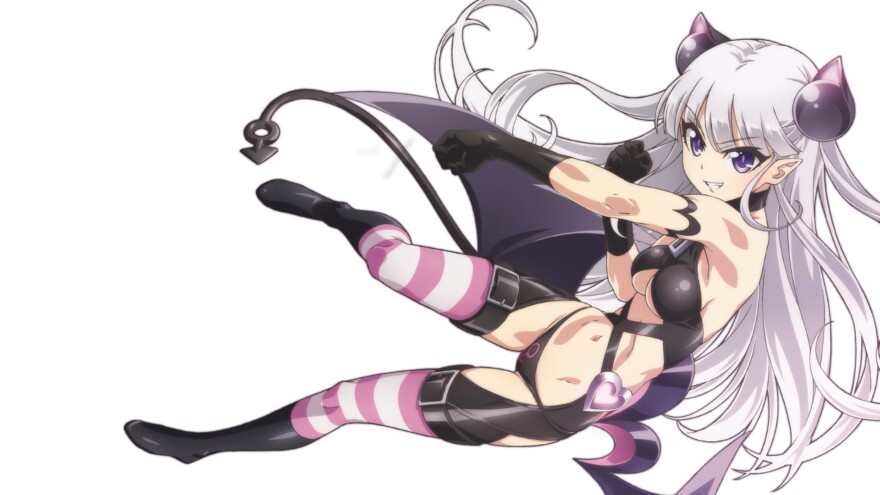 Maria is the silver-haired succubus servant of her sister, the Demon Lord’s daughter, Mio. They are Basara Toujou’s new stepsister, according to his father, who suddenly brings the two home one day.

In The Testament of the Sister New Devil, Maria and Mio confront Basara about their true identities, and he is forced to confess that he’s a former “Hero,” an enemy of demons. Despite that, Basara makes a contract with Mio and vows to protect his new sisters.

With Basara taking on the role of Hero again to fight against demons, his darkest secret begins to bubble to the surface that could threaten his family more than a demon ever could. 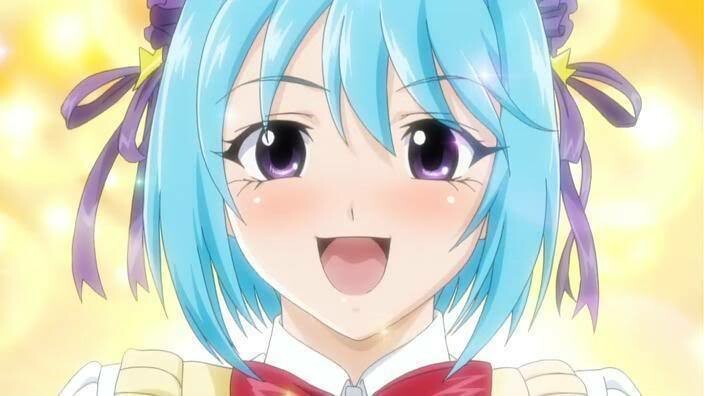 Kurumu is the cheerful and confident, if not arrogant friend of Moka Akashiya who is extremely jealous of her popularity and tries to seduce Tsukune Aono and the male students and have them become her slaves.

Tsukune is an ordinary 15-year-old starting high school at the only school that would accept his bad grades: the ordinary Youkai Academy. Well, at least, he thought it was normal.

Turns out, Youkai Academy is a school full of supernatural creatures! Rosario + Vampire follows average human Tsukune through his school life while surrounded by a succubus, mermaids, witches, and—of course—vampires like the beautiful and popular Moka! 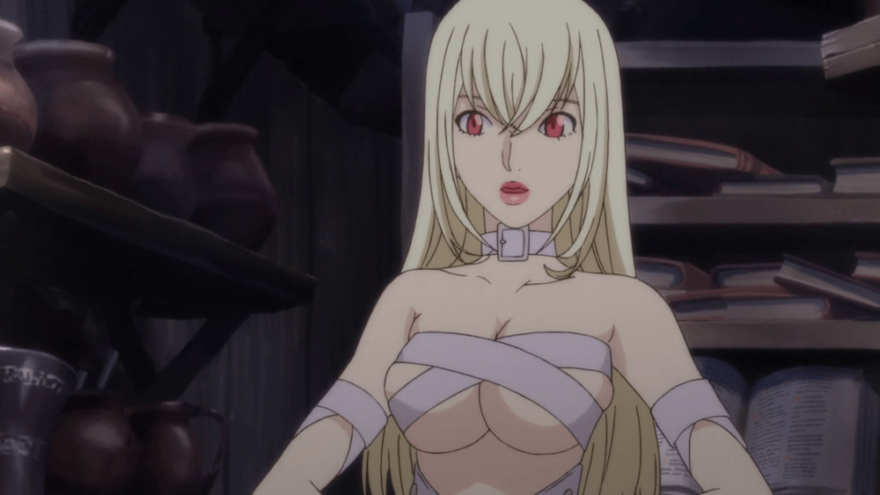 Maria the Virgin Witch’s succubus familiar who enjoys using her seductive abilities and charm to tease and manipulate beings. Artemis also loved making fun of her master Maria of being a virgin and would try to get her to lose her virginity.

Maria is a very powerful witch who lives in France during the Hundred Years’ War with England. When she tries use her magic to bring peace, Heaven forbids her and will take all of her magic if Maria loses her virginity.

Despite this, Maria continues to meddle in the war and soon becomes the target of the Church and tries to take away her magic however they can. 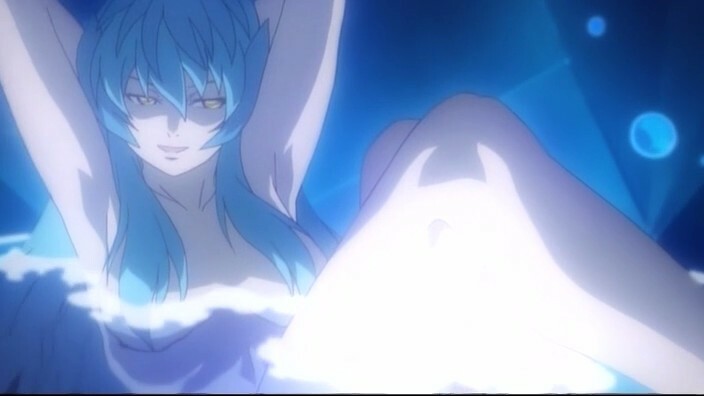 Succubus is a demon that lives up in a tower who disguises herself as the goddess to guard the Blue Crystal Rod.

In Tower of Dryaga: The Aegis of Uruk, after King Gilgamesh defeated the Tower 80-years-ago, it has been reborn to the next challenger.

During the Summer of Anu, where the most powerful monsters inhabit the Tower, a young guardian named Jil is ready to climb the Tower. Fighting all the monsters and traps, he is determined to reach the top where he will fight the evil lord Druaga. 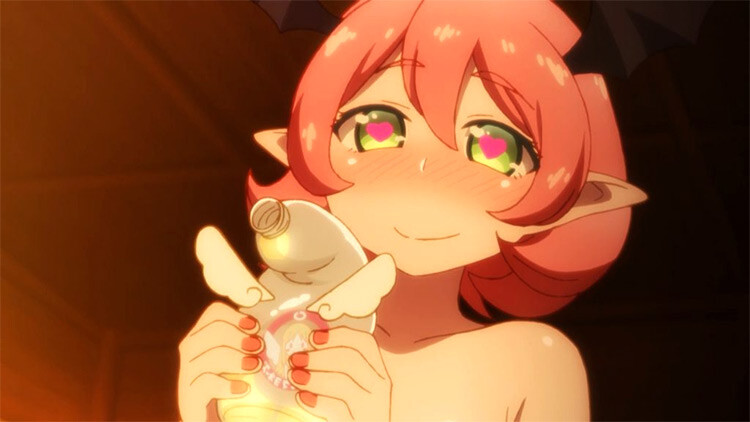 A high-rank succubus with a short pink heart and cute green eyes with iris hearts who is randomly chosen to be interviewed in Interspecies Reviewers.

In a world where creature from fairies to slime girls, salamanders to Cyclops, a group of curious yet perverted warriors come together to create the Yoruno Gloss. With it, they want to explore the intimacy and experience with all the different species to find out which is the best. 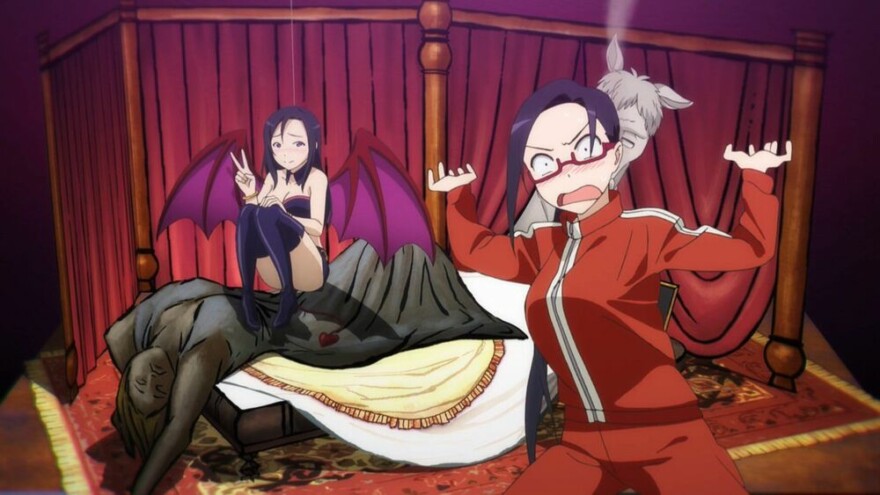 A 24-year-old math teacher and succubus. She loves her job but fears that she’ll seduce her male students, Sakie makes herself look boring and tears a tracksuit. She doesn’t let others touch her, or they’ll get aroused.

Sakie assists co-worker Tetsuo Takahashi with his Interview with Monster Girls. In a society where half-humans, half-monsters can live among humans and even attend school. Tetsuo is a biology teacher at Shibasaki High School and has always been curious about “Demis” and wants to learn more about them.

With Sakie’s help, he gets to know three unique demi girls who help chance his first impression of Demis. 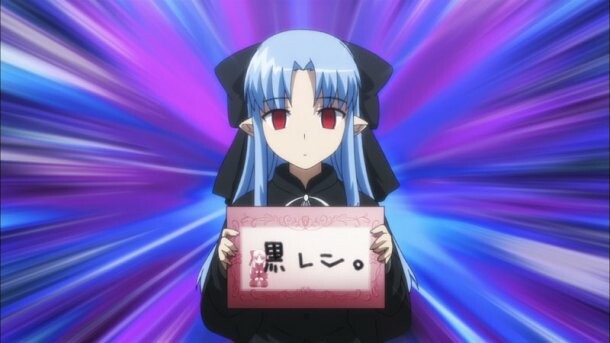 Created by fusing a cat’s body and the soul of a dead human girl, Len is a succubus demon. She has the unique ability to manipulate dreams and is able to transform from a black to a girl at will.

Carnival Phantasm is a series that takes characters from various Type-Moon works and puts them in fun and cheerful situations and parodies. Saber, Shirou Emiya, Rin Tosaka from Fate/Zero and Shiki Tono and Arcueid Brunsted from Lunar Legend Tsukihime, and so many more like Len. 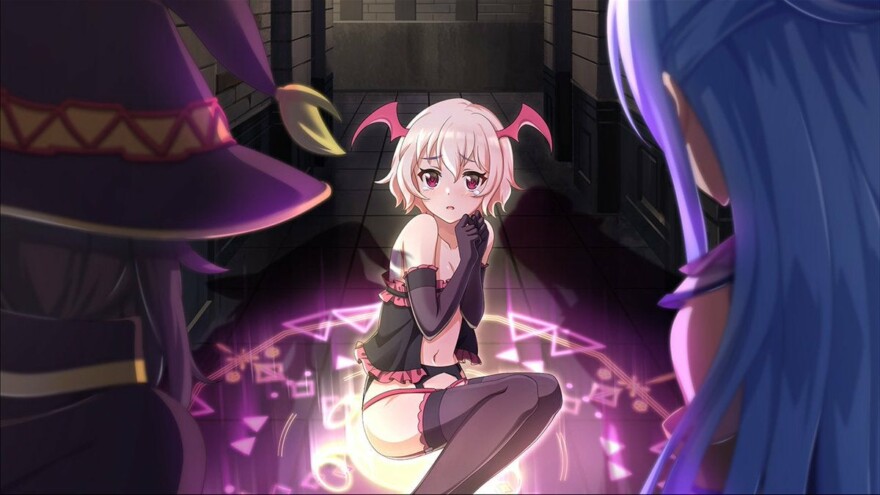 Also known as Lolisa, Newbie Succubus is a low-class succubus and the youngest working at the Succubus Café. She is a very shy and naïve succubus who is very hardworking and wants to be able to improve herself and gains a bit of a confident streak. She meets the main cast of Konosuba when she is in service of Kazuma Satou but gets captured by Aqua instead.

Kazuma was once a high school NEET who dies a pathetic death. In the afterlife, he finds himself in front of a beautiful but unbearably rude goddess called Aqua, who just laughs in his face upon reading his file.

Aqua gives Kazuma if he wants to hurry up to heaven or if he wants to be reincarnated into a fantasy world. Guess which one Kazuma picks. Kazuma is tasked to defeat the Demon King and can bring one item with him before he starts his new life—he picks the goddess Aqua! Jokes on her!