Over the last decade, we have seen amazingly written, representative girls. Not just black girls but best girls period.

From the fun and crazy to the loveable and dork, the black beauties below steal the spotlight in every scene they’re in and receive lots of love from the fans, and are more than worthy of being anyone’s Waifu. 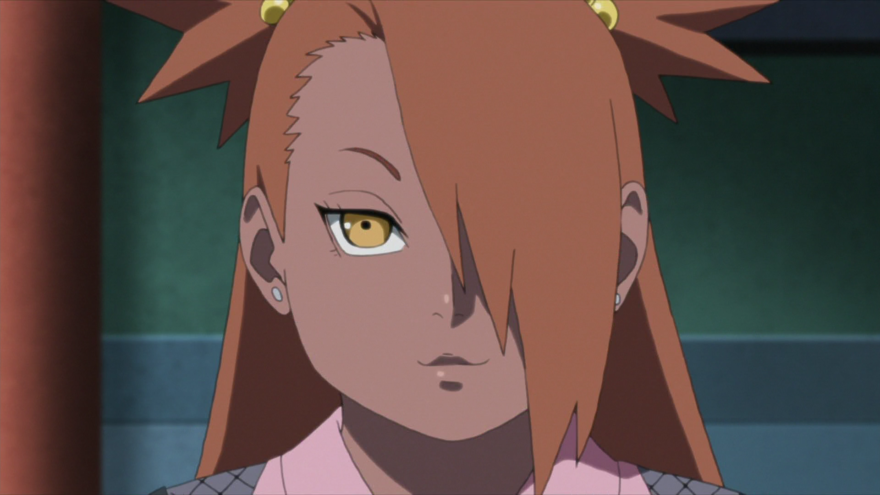 In the sequel series to Naruto, Boruto follows Naruto’s son and his journey as a shinobi that might mean the end of the shinobi era.

Chocho is a brash kunoichi and a helpless romantic. She is one of Boruto’s classmates and Sarada Uchiha’s best friend.

Chocho is a member of the Akimichi Clan and has the ability of the family’s Partial Multi-Size Technique and Butterfly Mode. 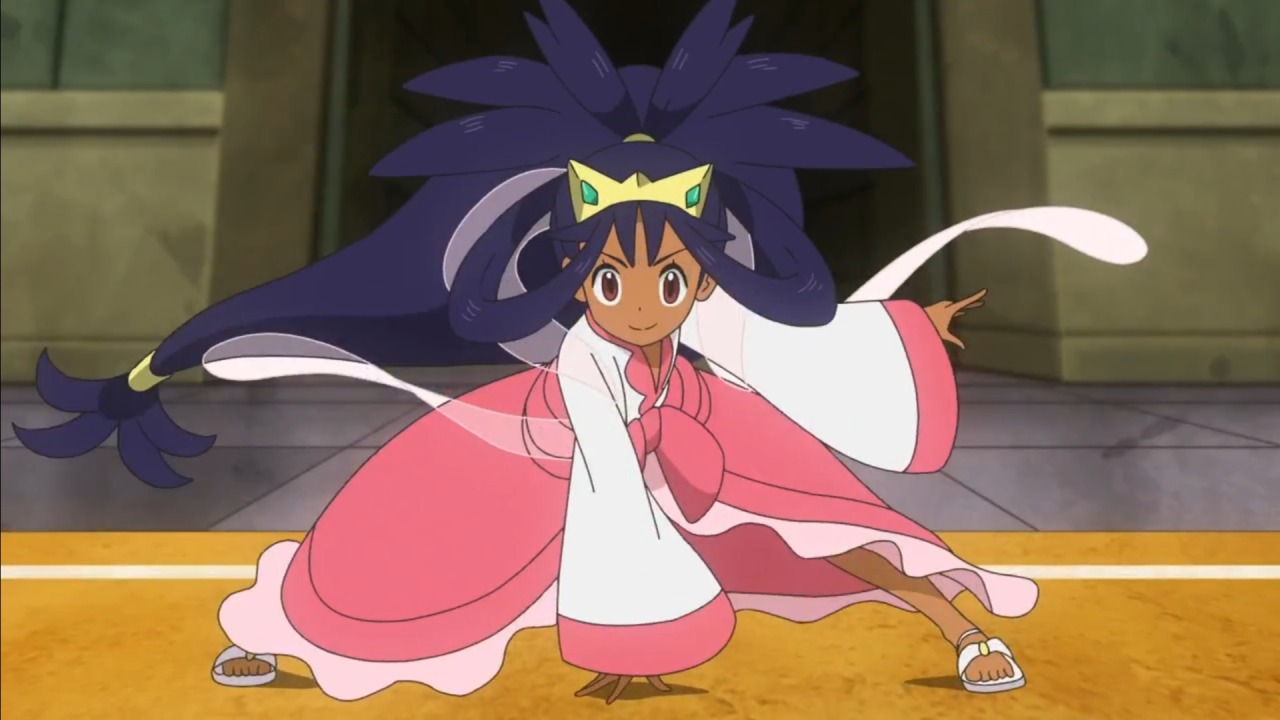 From Pokémon, Iris is a traveling companion of Ash Ketchum, who left Pallet Town’s hometown to become a Pokémon Master. Iris grew up in the Village of Dragons and hoped to become Dragon Master.

She is a very bold and enthusiastic trainer with her Pokémon partner, Axew, who buts heads with Ash along their journey but will do anything to help her friends and Pokémon. 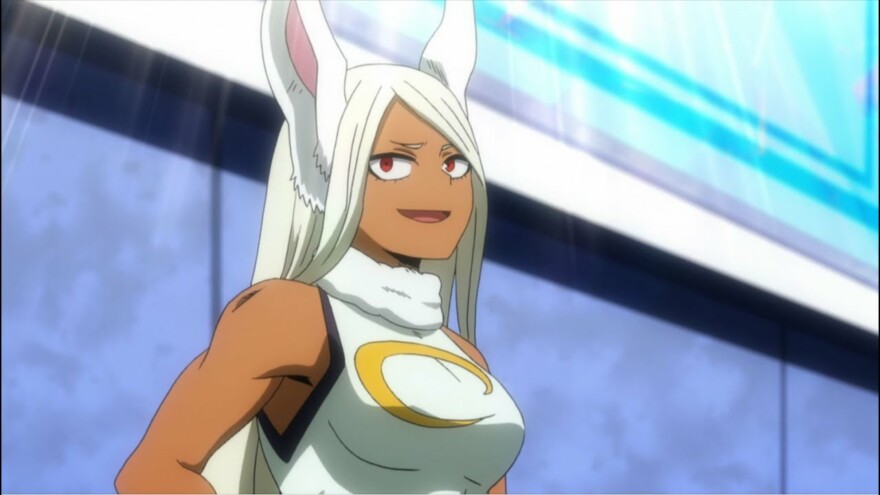 In My Hero Academia, Rumi Usagiyama is the No. 5 Pro Hero known as Rabbit Hero: Mirko.

80% of the globe has superpowers called Quirks. Mirko’s Quirk is known as Rabbit, which gives her rabbit-like abilities such as enhanced hearing and athletics.

Mirko is one of the Pro-Heroes that Izuku Midoriya dreams of becoming despite being born Quirkless.

His life changes when he meets the No. 1 Pro Hero, All Might, who becomes his mentor when he enrolls at U.A. High to begin his path to become a Pro Hero. 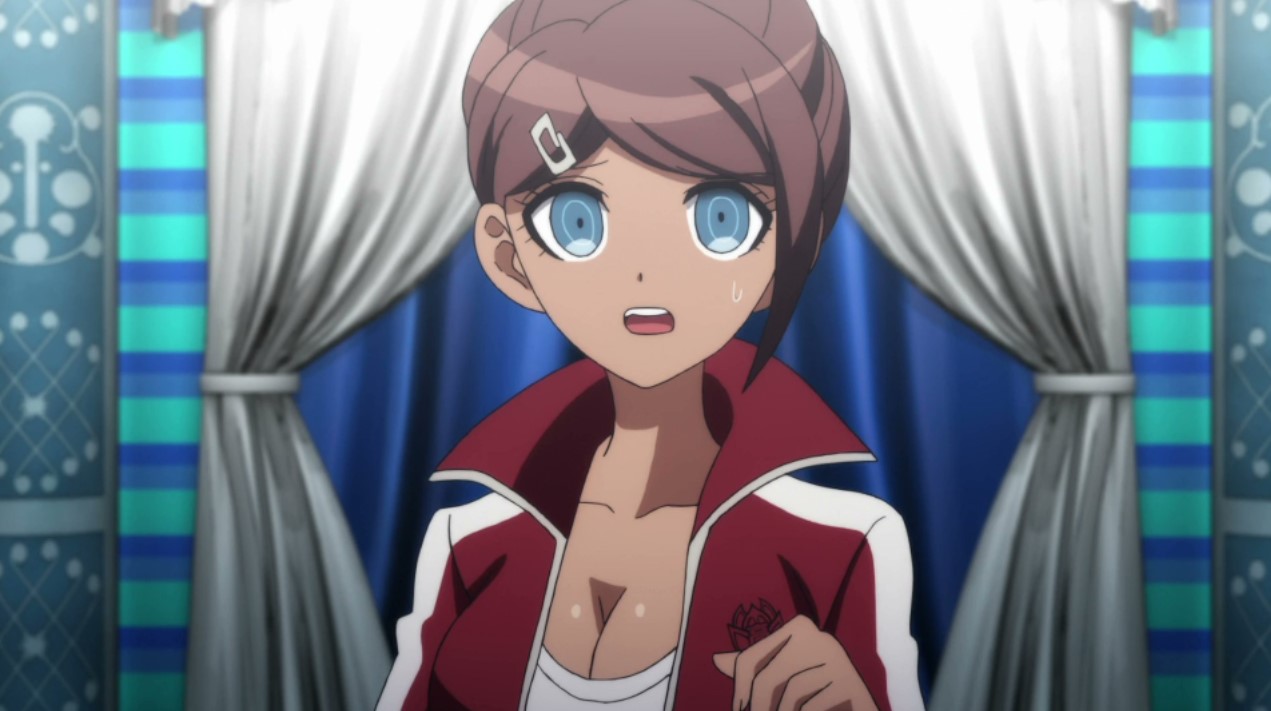 From Danganronpa: the Animation, Hina is the Ultimate Swimming Pro at the elite and exclusive Hope’s Peak Academy. Her bubbly and upbeat-nature is put to the ultimate test when facing despair.

Along with fifteen other Ultimate classmates, she becomes trapped in their school and forced to murder each other if they want to escape.

Will the outgoing and cheerful Hina be able to survive this killing game? Or will she become a killer herself? 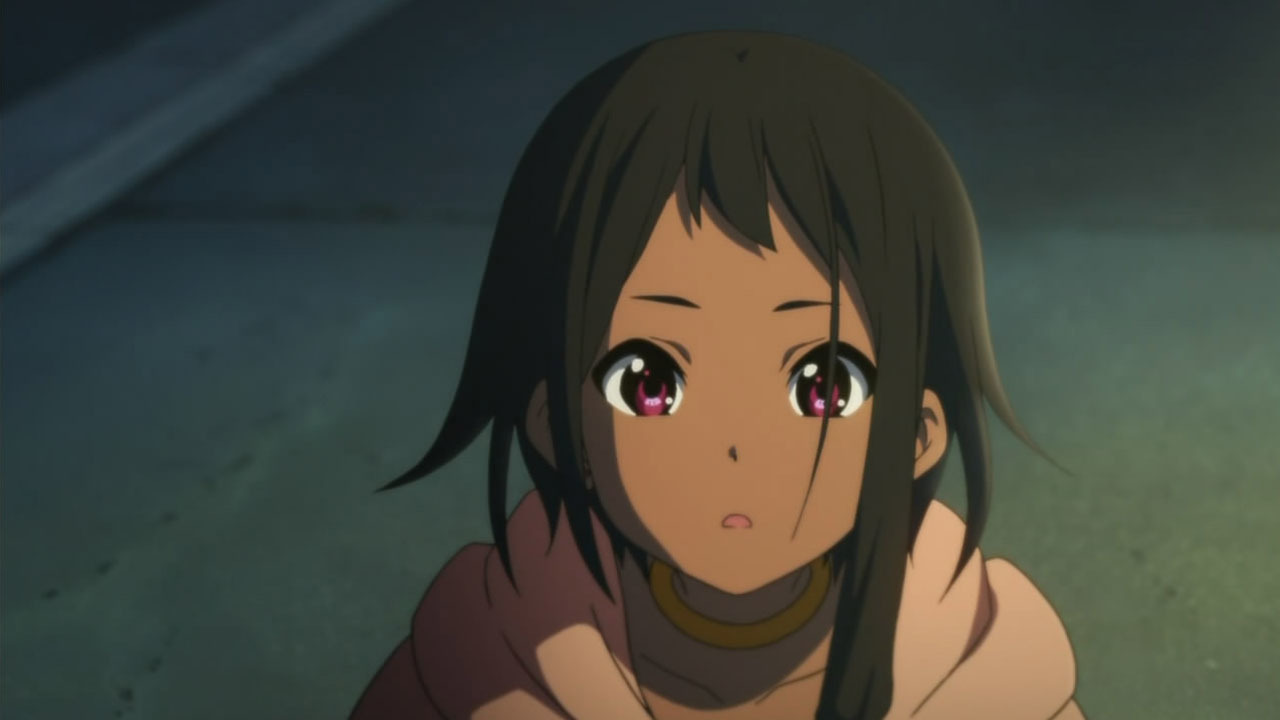 In Tamako Market, Choi is from a distant southern island to find a talking bird named Dera who is meant to be looking for a bride for their country’s prince.

She is a well-mannered and independent girl who is sensitive with her emotions and clams up when she does.

Choi is not overly impressed to learn that Dera has become an overweight freeloader in the home of high school student Tamako Kitashirakawa.

But, she is happy to see that Tamako appears to be the Prince’s bride judging by her neck’s beauty mark. 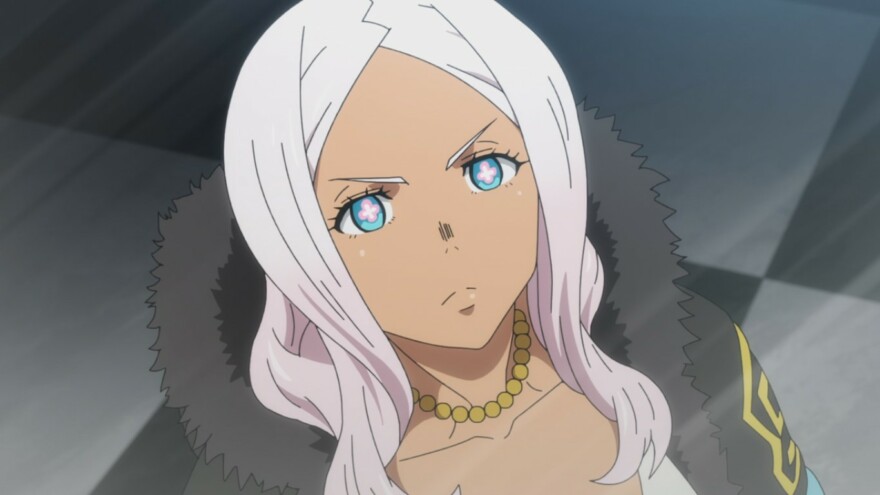 The Tokyo Armed Forces and the Fire Defense Agency fight fire with fire (literally) to protect the innocent people and put the Infernals at rest.

Hibana is a surviving nun of the St. Raffles Convent fire. She goes on to be the captain of the Special Fire Force Company 5. Her “fire ability” is creating flower-like flames that can burn on contact.

Hibana gets in the way of rookie Shinra “Devil’s Footprints” Kusakabe, who is using his abilities to save people and uncover the deaths of his mother and baby brother. 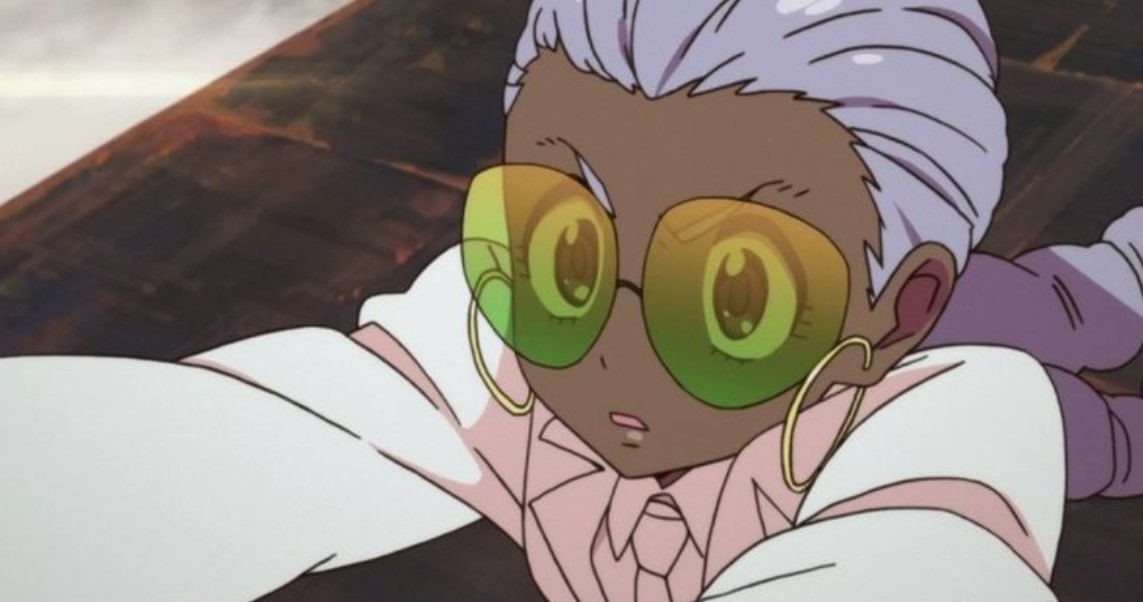 In Kill la Kill, Rei is the loyal secretary of the influential villainess, Ragyo Kiryuin, of Revocs Corporation. She is very serious and professional but isn’t afraid of informal remarks to her boss, Ragyo.

Rei and Ragyo pull strings behind scenes when Ryuko Matoi transfers to Honnouji Academy. In this more than unique high school, students can gain powers from wearing Goku Uniforms.

Only Ryuko and her broken Scissor Blade are cut the school uniforms. She is in search of her father’s killer, who will have the other half of her Scissor Blade. 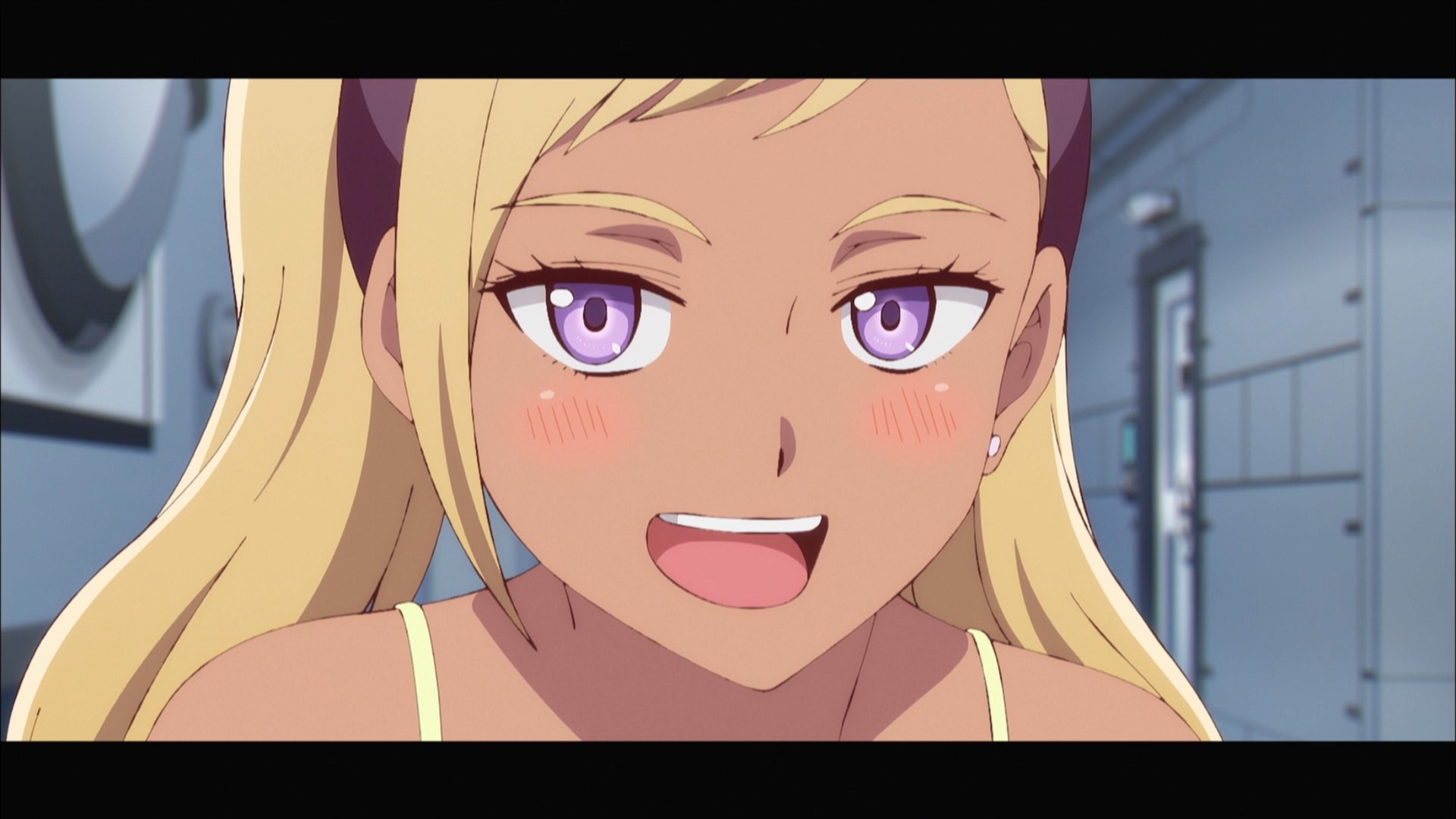 From Astra: Lost in Space, Quitterie is the older sister of Funicia and heiress to a famous doctor. Unfortunately, she’s also rude and arrogant.

Quitterie and eight other high school students end up abandoned in the depths of space.

Lost, Quitterie and the others managed to make it to an unknown planet where they hope they can fix up their ship and return home.

During this time, she acts as the ship’s doctor. However, Quitterie feels that she can only trust her adopted sister and childhood friend, Zack Walker. 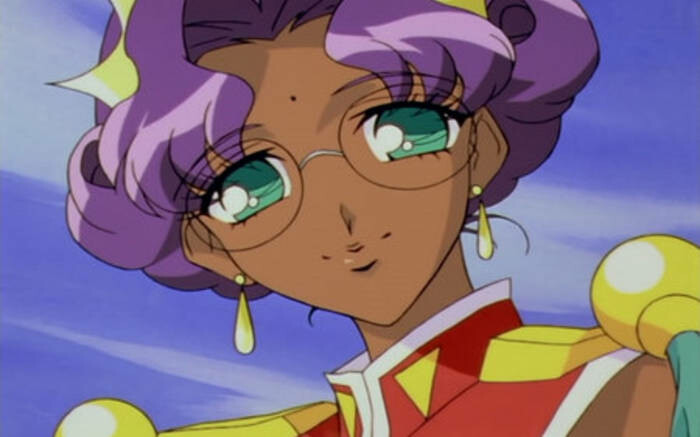 From Revolutionary Girl Utena, Anthy is a beauty but a girl’s hollow shell, with no thoughts and personal feelings. She often appears mysterious, polite, but distant.

After Utena Tenjou loses her parents, she is given a ring with a rose engraving by a prince and becomes determined to become a prince herself one day.

Utena enrolls at Ohtori Academy and becomes involved in a dueling tournament with the Student Council. The champion will be engaged to Anthy, the “Rose Bride.” 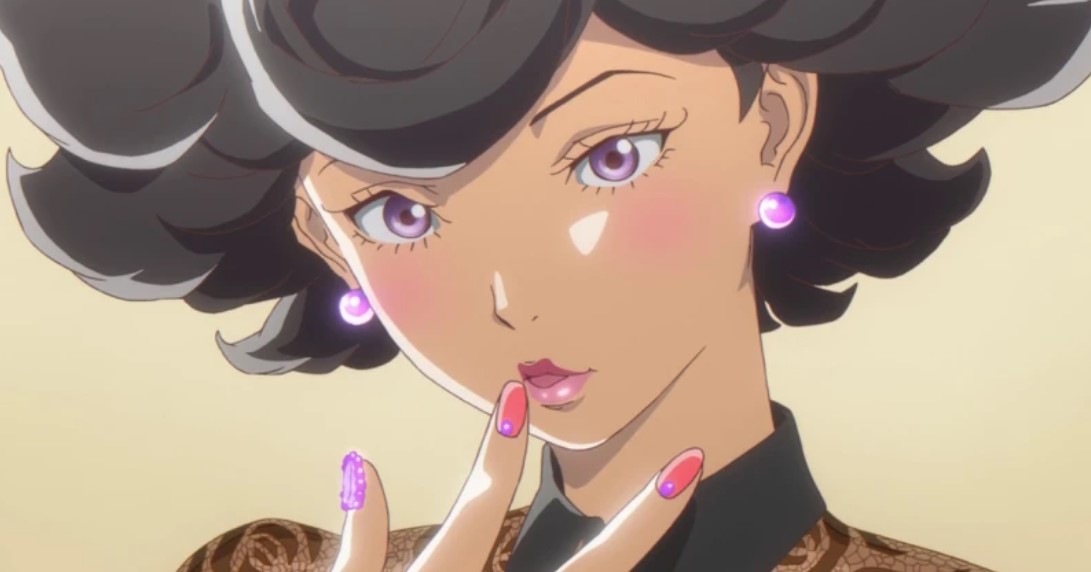 Carole & Tuesday is a series that takes place on Mars, where Angela was once a child actress. Now at age sixteen, all she gets is unfulfilling modeling jobs.

To step back into the spotlight, Angela becomes a singer and takes part in Mars’ Brightest, a singing competition to win a contract and begin a professional music career.

As far as Angela sees, she has no rivals. Little does she know that orphan Carole Stanley and rich girl runaway Tuesday Simmons are abound to steal the show.

New to the music world, the two girls find each other by chance and work together as a duo to follow their passion for music. 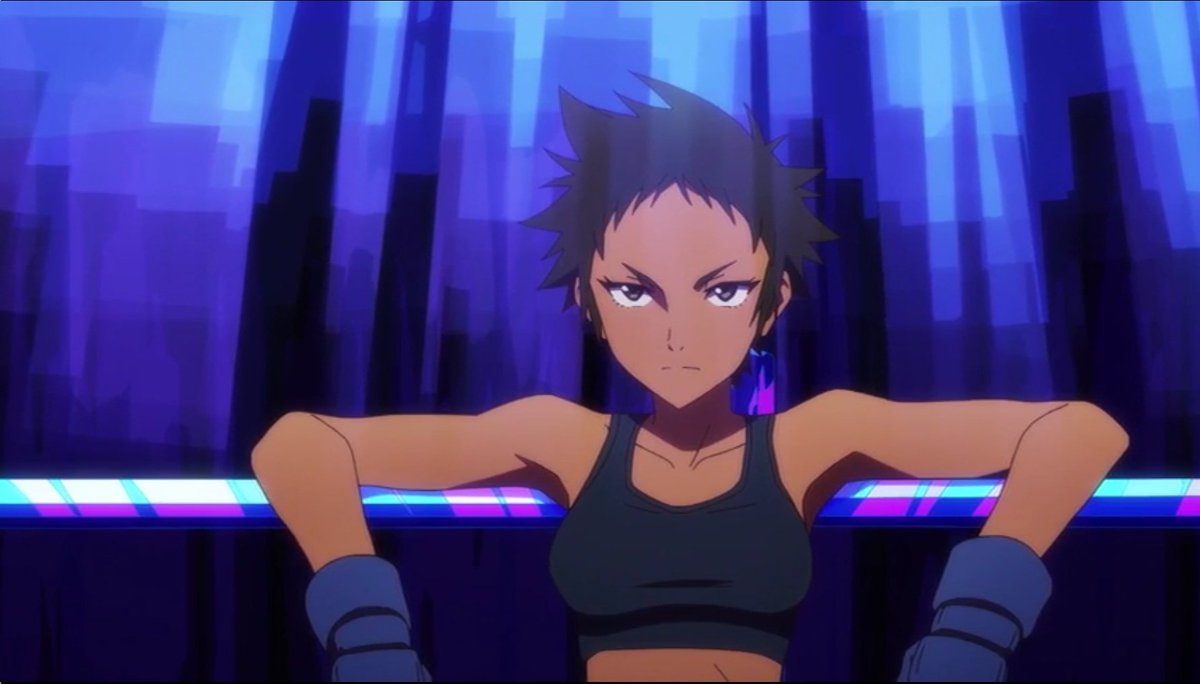 In Great Pretender, after war broke out in her homeland of Iraq, Abigail manages to escape being a child soldier.

She uses her former skills to become second-in-command of Team Confidence, a group of con-artists who are modern-day Robin Hood, conning people who are using their money and influence to abuse people.

Because of her past, Abigail can be wild and extremely blunt with suicidal tendencies for trauma.

Small-time Japanese conman Makoto Edamura gets wrapped up in her con-artist world and becomes a partner to the leader of Team Confidence, Laurent Thierry.

As far as Abigail is concerned, Makoto has a lot to prove before she can accept him. 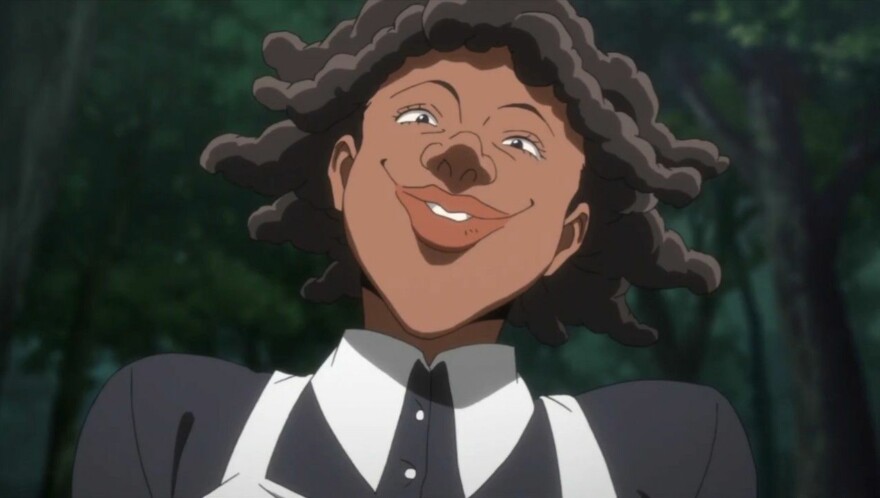 Although she appears to be affectionate and kind to all the children, she is extremely manipulative and desires to use the children to take Isabella’s place as “Mama.”

Sister Krone takes advantage of the three oldest orphans and prodigies, Emma, Ray, and Norman, who plan to escape the orphanage after they discover the gruesome truth of the children that get adopted from Grace Field House.