As depressing as it is, there’s a trend of Pokémon fans making better content than Gamefreak itself. That’s not to take away from the work that team is doing, but after so many years of repetition, things are beginning to feel uninspired.

Put it this way, we still haven’t gotten another multi-regional Pokémon game. That’s ridiculous considering the scope of games being released today that cost the same price.

Luckily, we have Pokémon fans to ease those wounds. There are countless fan games out there that not only feature multiple regions but full original stories that would make Shakespeare eat his heart out. 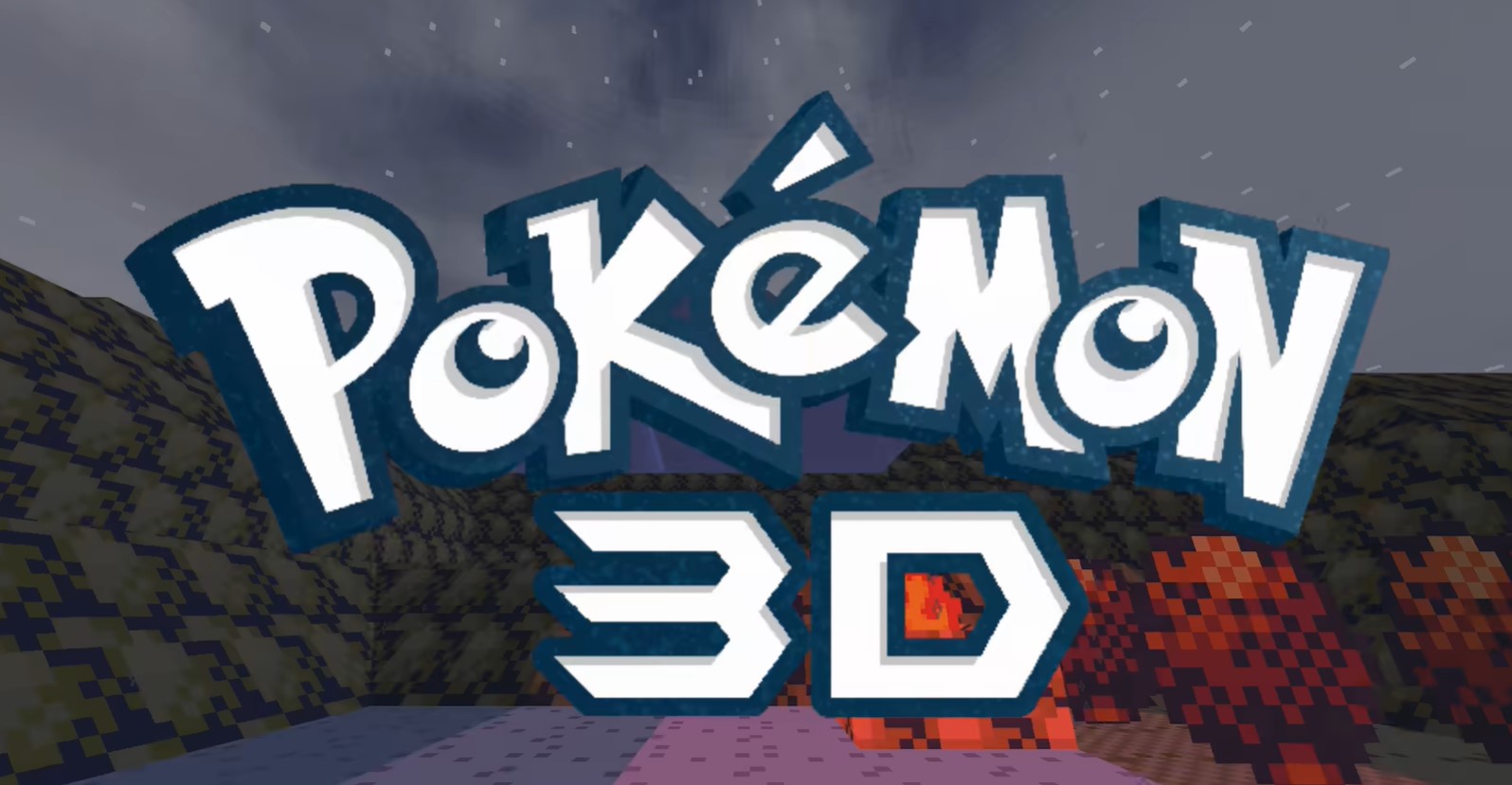 Pokémon 3D isn’t going to be for everyone, I’ll admit, and it’s lost some stock on account of the 3D advancements that have been made in the main series titles.

That being said, Pokémon 3D is still one of the best Pokémon fan games that have ever been made.

The fact that an unofficial fully-fledged 3D Pokémon game could even be created in the first place is impressive enough to warrant a spot. 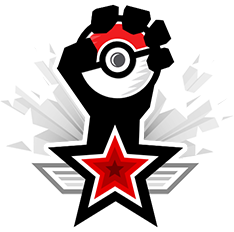 Revolution Online would be a lot further down on the list if it weren’t for another entry we’re going to get to in a bit.

It’s an MMO that features the four 2D era regions, those being Johto, Kanto, Hoenn, and Sinnoh.

It’s got an original story and a large Pokédex that really helps bring the living online world together.

However, any notion of progression to become a Pokémon master is halted every time you enter a new region.

You don’t get to bring your Pokémon from the other leagues with you at first, which completely derails the game’s momentum, in my opinion. 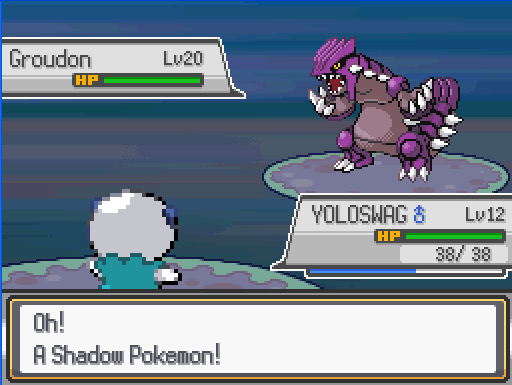 Zeta and Omicron are very much two sides of the same coin, much like titles in the official series, hence why both games share the same slot here.

Zeta and Omicron take the conflict to the next level with the original story, in which you’re trying to prevent the big bad evil guy from using Pokémon to become a god.

It’s not an idea that is completely new (looking at you, Cyrus), but it is well executed in the fan games.

It’s also got every single Pokémon from Gen I to V up for grabs so that obviously earns some bonus points. 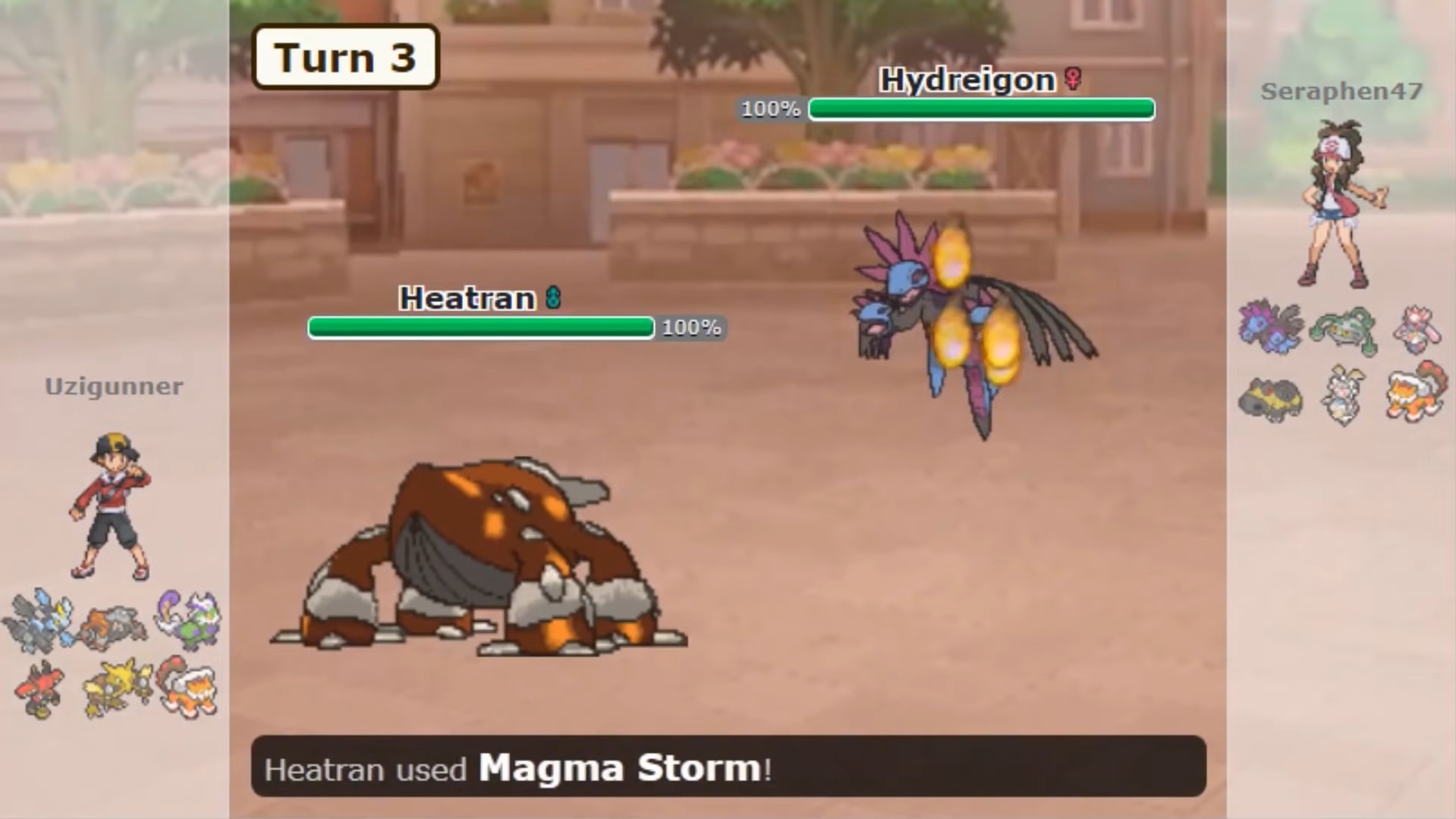 Putting Showdown on this list feels like I’m cheating, but it’s technically a fan game, so I’m doing it.

If any of you out there have ever played competitive VGC, then you likely already know about this particular game.

It’s a battle simulator. In other words, there is no game here.

What it does allow you to do, though, is handcraft an original competitive team following all the conventions of the main games.

You get to pick your nature, ability, IVs, and EVs for all of your Pokémon.

To make a long story short, it’s a laboratory where competitive players can check out their rosters before jumping into battle Wolfey in ranked. 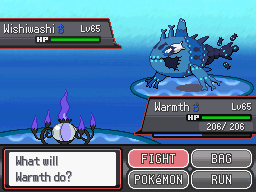 Rejuvenation is an absolutely massive fan game. There are over 70 hours of original content to dive into here, so you might want to book some time off work.

The story, I’ve found, is a little hit or miss. Almost every fan game has an original story, but few are as unique as what the Rejuvenation writers came up with.

I won’t spoil it for you in case you want to check it out for yourself, but it’s interesting, to say the least. 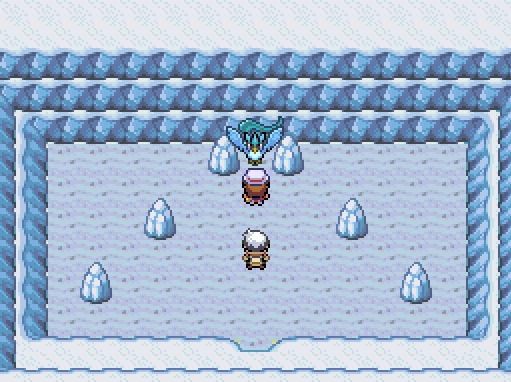 Godra is a hint at what a Pokémon fan game could become. It doesn’t put as much emphasis on the Pokémon as it does the trainer.

You have a number of different choices to choose from, career paths to follow, and missions to complete.

It’s not going to satisfy those cravings for a proper Pokémon RPG, but it does offer a sliver at what could be. 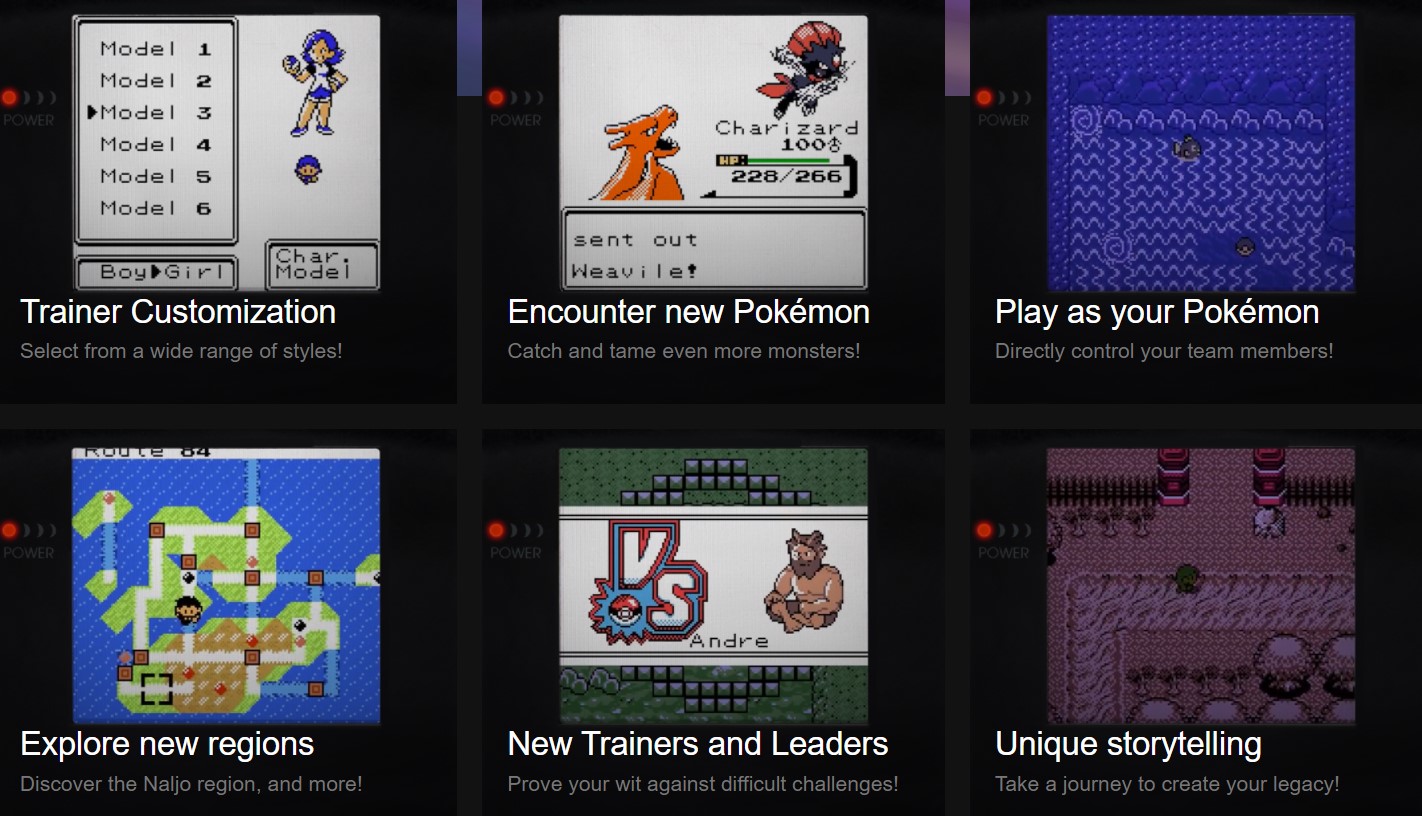 Prism is technically a rom hack, but as you might have guessed, the difference between the two can be negligible.

That being said, it still gets a spot on the list because it’s actually a sequel to another rom hack. If it’s a sequel, then it clearly has business calling itself a fan game.

Prism actually has one of the best premises for a Pokémon fan game I’ve ever seen. It gives me major Alice in Wonderland vibes, and that’s a really good thing.

Plus, you play as Lance’s child. Any game that not only has an original story, but builds off of preexisting characters and plot points is going to win me over. 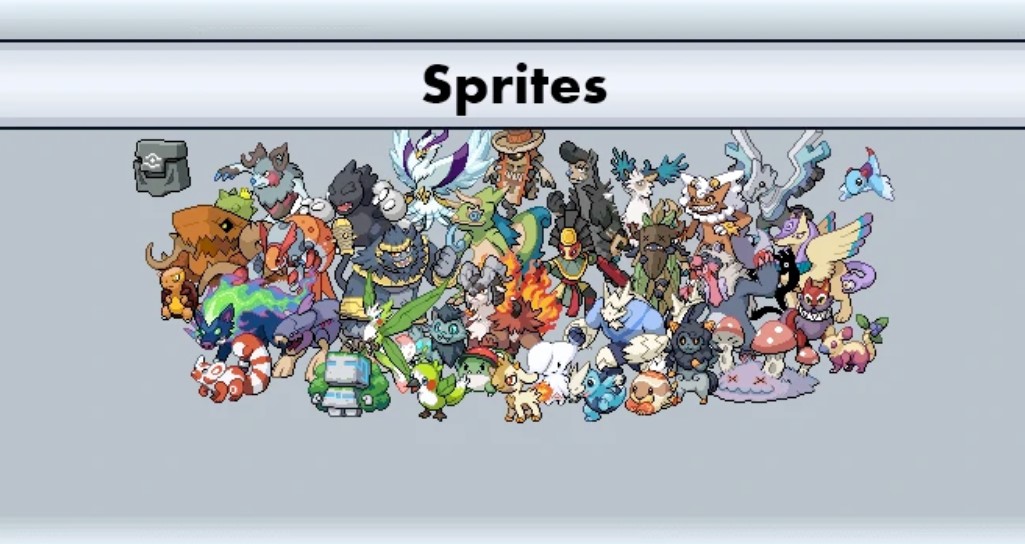 I would love to put Sage higher, but it’s just a demo. You heard me right. However, the demo promises so much that all of us are still holding out hope.

Pokémon Sage is a fan game that is being developed by a team that wants to create an entirely original Pokédex. Every single Pokémon in the game, if it ever gets released, will be brand new.

The demo hasn’t seen an update since 2017, but rumor has it that development is still being carried out on Sage, but just as a snail’s pace.

I, for one, really hope that’s true. 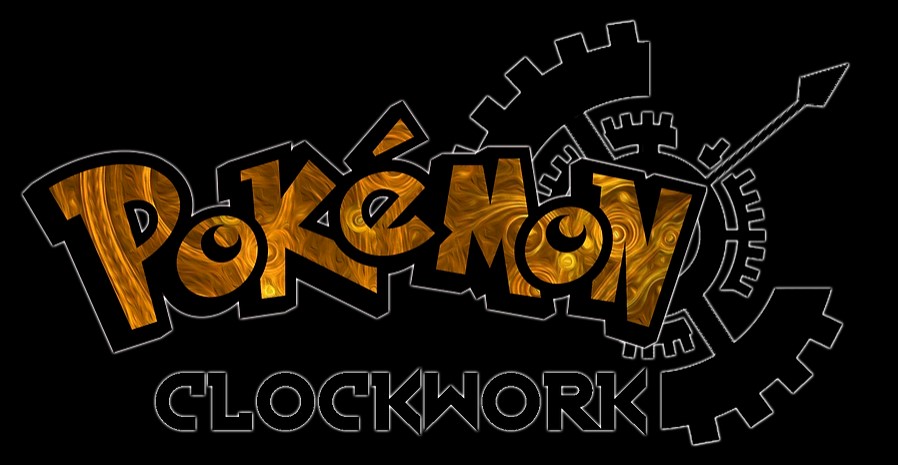 Pokémon Clockwork has one of the most fundamentally solid stories I’ve ever seen in a fan game. It’s the type of idea that would be right at home in a spinoff game from the main series.

New Pokémon and regions aside, on account of most fan games having those, Clockwork is worth a play for the story alone.

Essentially, Celebi travels back in time to warn you about a pending attack from the big bad evil guys that will leave the region in ruins. It’s then your job to prevent the attack.

It’s a simple concept that is executed masterfully. 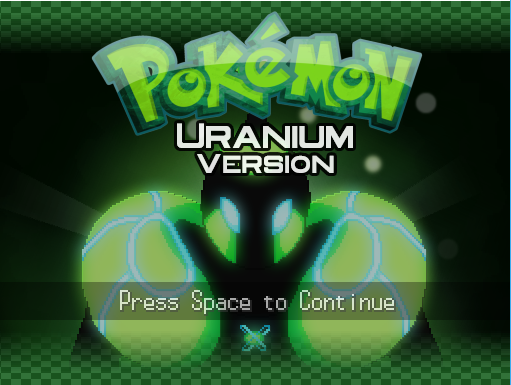 Pokémon Uranium is like a main series Pokémon game except all grown up. It follows the same basic structure of leave home, beat the gyms, beat the league, but with a bit of nuclear spice added into the mix.

There’s a decent chunk of new features here, too. Everything is welded together so well that it doesn’t need to do anything earthshattering to be considered among the top Pokémon fan games ever made. 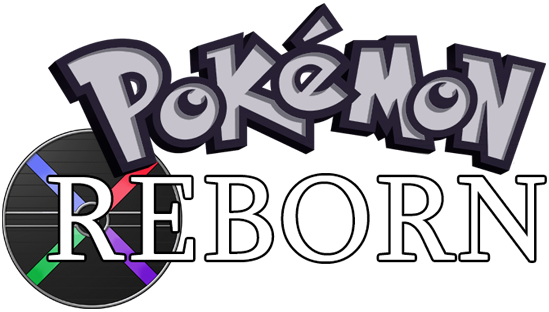 In case you couldn’t tell, I love the idea of putting a mature spin on the Pokémon universe. That doesn’t inherently mean that the stories need to be overwhelmingly dark, though, as is the case with Reborn.

It’s a massively lengthy fan game that sees you rallying allies to try and clean up the crime-infested city that you currently call home.

It’s a darker twist on the franchise that doesn’t go all Armageddon on us, which honestly with fan games is a little hard to find. 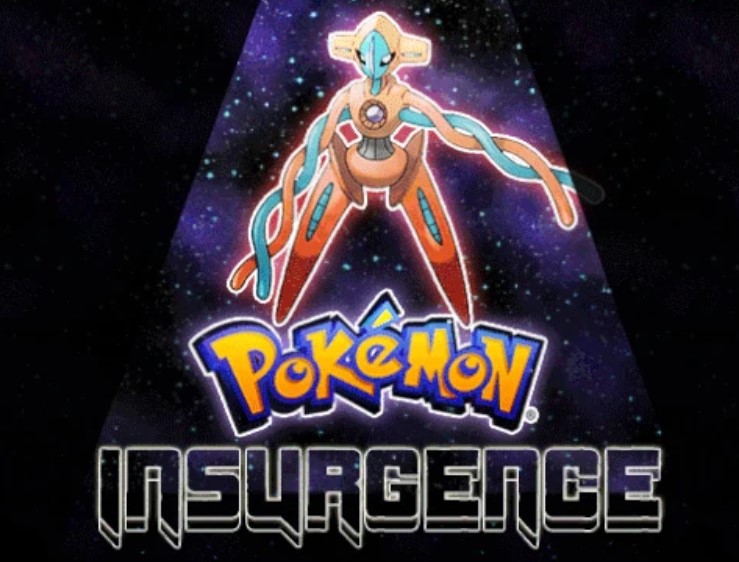 Speaking of going all Armageddon, that’s exactly what Insurgence is. It’s incredibly dark, but it does so tactfully.

There’s no edge-lord content here, just a grim reality that works well with the writing in Insurgence.

You live in a war-torn world where Pokémon worshiping cults are warring for control. It’s a premise that naturally lends itself to Pokémon, and it’s executed masterfully here. 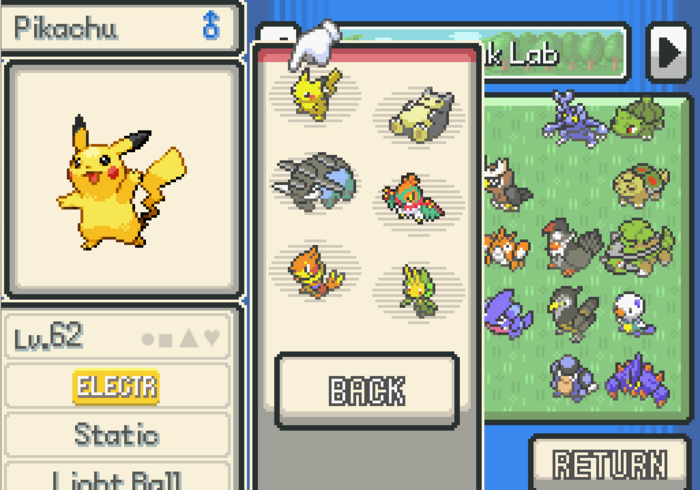 Okay, I’ll admit, I don’t like the Pokémon anime. In all honesty, if my love for mature Pokémon games didn’t give that away, then I don’t know what to tell you.

Despite my personal prejudice, Fire Ash is a phenomenal fan game that follows the story of the anime.

This isn’t what interests me, though. What I noticed is that it lets you explore every singe region up to Alola.

As far as I know, it’s the only Pokémon game to let you do that, and that kind of progression deserves recognition. 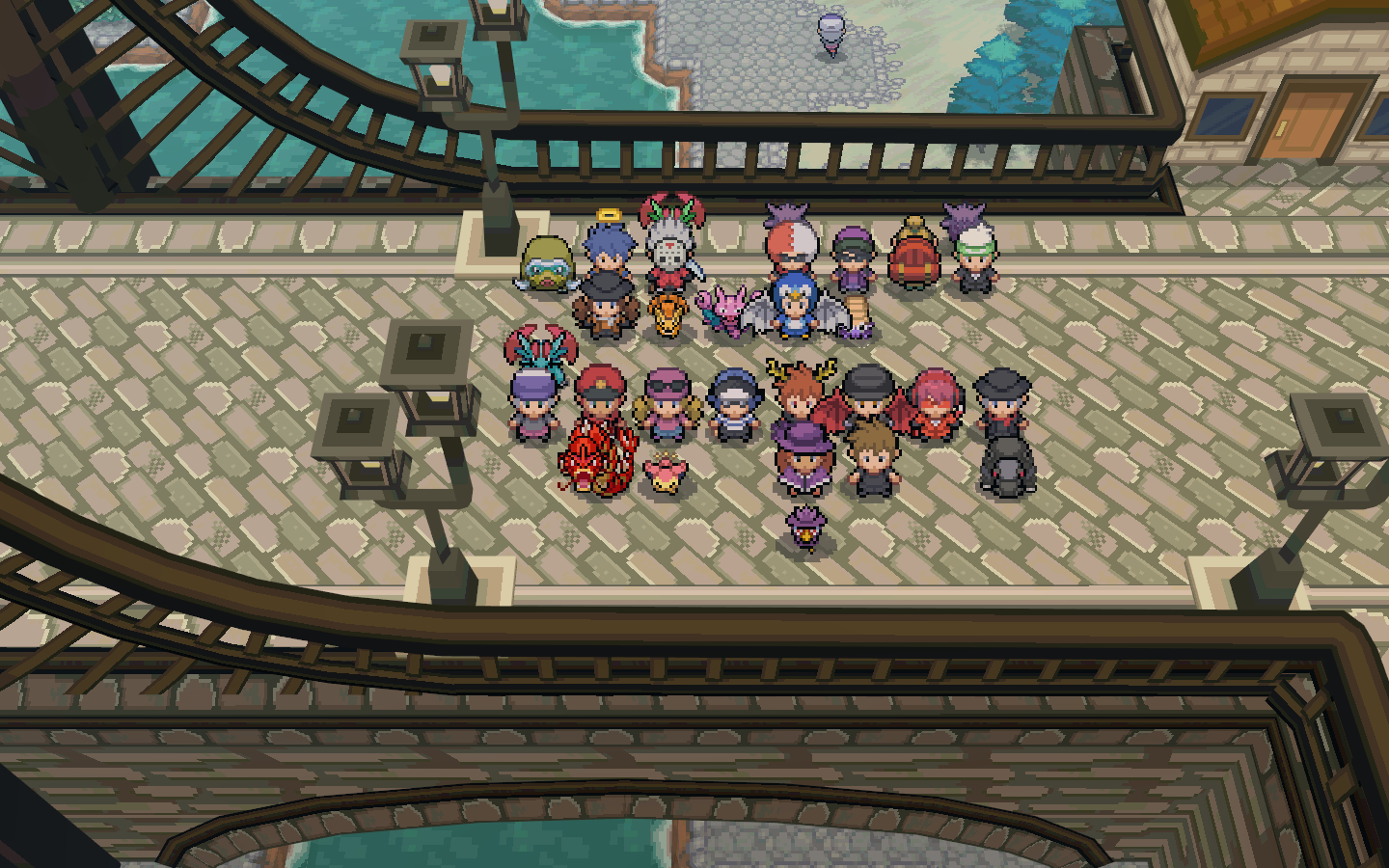 Pokémon MMO is the reason that Revolution isn’t further up on the list. It’s a superior MMO in every regard, including with how many regions you get.

Pokémon MMO lets you explore up to Unova, which is a lot of game to get through.

It’s a well put together MMO with a massive and welcoming fanbase, which is absolutely vital for a game of this nature.

If you’re not a fan of the post-game in the main series, you might want to consider sinking your hours into this one. 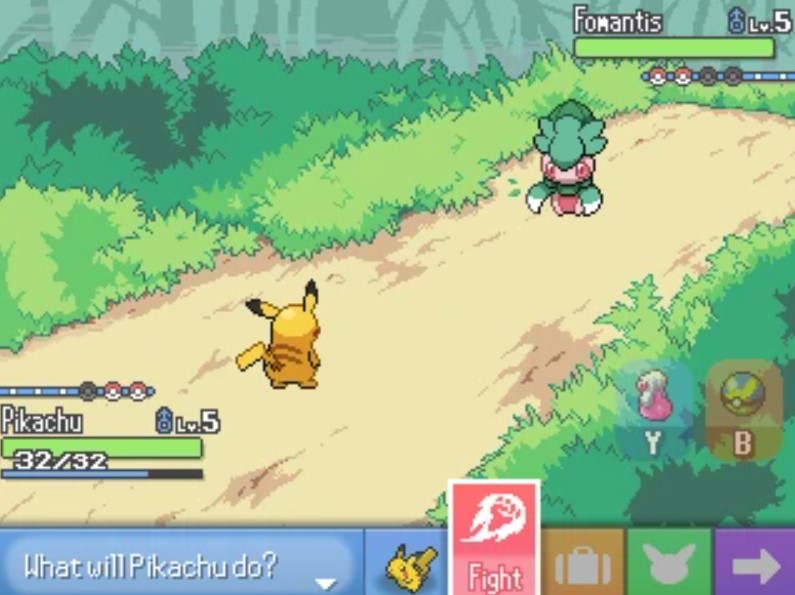 I’m going to keep it real with you. If I could, every single entry on this list would be Phoenix Rising. It’s true to god Pokémon RPG that has everything I’ve ever dreamed of and more.

You get a player influenced story, progression and skill trees, quests, journals, and so much more.

It’s still in development, with the last update being at the end of 2019, but when it’s finished, I have no doubts whatsoever that it’s going to easily be the best Pokémon fan game of all time.

Hell, I reckon it could shape up to be one of the best Pokémon games of all time full stop.

I cannot rant enough about how stupid it is to include Fire Ash here. So what if you can visit nearly every area, if all it is a shitty skeleton copy of the originals (I'm being very generous saying that, considering it's not even close to the original) with the shittiest 'gym leader' fights I've ever seen.

Having a game that has like 4-6 total hours of playtime after so long of a time in development in your #1 spot is pretty dumb, dude. How about you pick one of the games on the list that actually isn't just a constantly abandoned casual side-project like Phoenix Rising?

PokeMMO as #2? Are you kidding me? Not even gonna comment on that.

Worst of all is the complete piece of garbage you have sitting at #3, Fire Ash. Have you ever even played any of these games? Fire Ash is absurdly awful and you have it higher than Reborn of all games? You're retarded.

[…] lot of us Sims fans have been here for the long-haul. Since it first debuted, we’ve been fans of the game, have watched it grow and improve over time, and love to see all of the new ideas that they have […]