Starting with number 15 and working our way up to our favorite Pokémon game of all time, this list will compile games from every console; old and new. You’ll see your childhood favorites mixed in with video games that graced us with their beautiful graphics in just the past few years.

Honorable mention to Pokémon Channel, a beloved Nintendo GameCube release that is typically forgotten about, but is possibly one of the most casual and light-hearted Pokémon releases around. Secondary honorable mention to the Mystery Dungeon series, which has made every player cry at least once.

Though it’s the newest release at present, Pokémon: Let’s Go isn’t actually anything we haven’t seen before. It doesn’t feel like a unique game, despite some of the extra features and elements, and there’s something about it that’s a bit off-putting to play.

It is, however, an amazing family game. With slots to carry six Pokémon (as usual), you could easily work with your entire family or household to get through the game and turn it into a fun weekend. The controls take some getting used to, but the graphics make the game extremely beautiful.

Our introduction to the sixth generation of Pokémon was made through Pokémon X and Y. Pokémon X and Y was the game that opened the world of 3D for all-new Pokémon games. It was a huge change from the other Pokémon games that been released before this one, and it seemed to be the beginning of a new era.

Gorgeous 3D models of Pokémon were showcased on the Nintendo 3DS with X and Y, and the Pokémon -Amie system was introduced; letting us interact with ourPokémon and form true bonds with them.

The Alola region gave the Pokémon franchise a breath of life. It changed up the game elements in a way that few Pokémon games had before. Also, there’s the actual Pokémon. Try forgetting AlolanExeggutorany time soon.

We like the underdog games here; the ones that don’t quite stand out but change a franchise in a way that it’s never been changed before. Pokémon Black and White were two of those games for the Pokémon world. A bit more mature, with a huge focus on storytelling and morals.

Pokémon Diamond and Pearl was a game of hidden secrets. The Pokétchwas introduced in these games – a simulated smartwatch that uses the DS’s bottom screen to operate, and hosted a clock, calculator, counter, map, and even a drawing pad! It was a ridiculously useful feature to have.

And if that wasn’t enough, beneath Sinnoh’s surface was the Underground: an area used for wireless multiplayer gaming, where players could also create and decorate secret bases, and participate in minigames.

Possibly one of the most forgotten about Pokémon games, next to Pokémon Channel, Pokémon Colosseum brought in a never-seen-before protagonist and showed the player a world of semi-functioning cities and power-hungry scientists.

It was a different type of game; a little grimy, a bit dark, but full of exciting scenes and a different way of looking at the world of Pokémon. This game isn’t usually included in these types of rating lists, but it’s just so different from the other Pokémon games out there that it really needs a little light shone back on it.

One of the few times in gaming history where a remake has not made fans weep. Pokémon Omega Ruby and Alpha Sapphire have plot and settings that are very similar to the original Ruby and Sapphire Pokémon games. The game begins, in a way we’re all familiar with, as the player is seen riding in the back of a moving truck.

Pokémon Omega Ruby and Alpha Sapphire have received very positive reviews. The developers and writers even added in a new side quest where the player must work with Zinnia, Steven, and Professor Cozmo to find a way to stop a meteor from crashing into the planet.

Staying with the theme for a moment, Pokémon Ruby and Sapphire (the originals) are up next on our list! They were the third installments of the Pokémon series, played back in the day on the GameBoy Advance.

While a lot of usual gameplay for Pokémon games remained unchanged, Pokémon Ruby and Sapphire launched the Pokémon series into a world of color by being released on theGameBoy Advance.

2v2 Double battles came to life on our screens, and Pokémon were given different natures that affected their stats. This game was awash with new features, and it’s hard to forget how magical it was to play in color for the first time.

Pokémon Platinum is extremely similar to Pokémon Diamond and Pearl in terms of gameplay and what the user would recognize.The game introduced a Wi-Fi Plaza to its features, which was great for a game that was out on the Nintendo DS.

Thereweremini-gamesin the plaza that up to 20 users could participate in; something that had never happened in the Pokémon series, but meant that pokéfans could interact more. You could also record your battles, and trade over the internet using your DS. 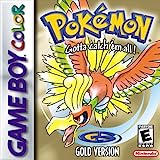 Seemingly straight after Pokémon Red and Blue cast a magical light across the world, Silver and Gold came into existence. This new generation of Pokémon brought 100 new Pokémon to our Pokédex and a whole lot more of new moves.

Introducing a day and night cycle added timed challenges and brought in some Pokémon that could only be caught during particular times of the day. It was still Pokémon Red and Blue, but it was something newer, something more – and something more developed, too. 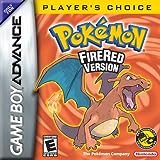 The remakes for a handheld console in color was a great choice for Nintendo and Co. to make. The visuals were updated, you could connect with other Pokémon games you owned, and the user interface for the game was much friendlier.

It’s a very atmospheric game to play, and the design of the characters and the towns are wonderful. 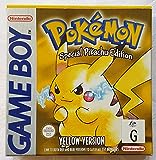 Pokémon Yellow was a game that really gave you a taste of what it was to be Pokémon’s main protagonist. Like in the manga and the animated series, you wandered around with your own Pikachu, who refused to ever be inside a pokéball. This game is pure, unfiltered nostalgia.

It’s also just pure. Pokémon Yellow had a feature where you could turn around to your Pikachu, and they would tell you how they were feeling. There was nothing better to brighten up your day than seeing your Pikachu with a heart in its bubble. 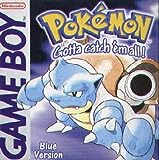 We had to put Red and Blue straight after Yellow. Pokémon Red and Blue were the games where it all started; where a bunch of young kids who liked Pokémon could live out their dreams of being Pokémon masters.

We all tried our hardest, worked through every battle, caught the original 151 Pokémon, and walked every road in Kanto. Who can forget the moment you choose your starter? This game is an introduction to where Pokémon began.

Lastly, Pokémon HeartGold and SoulSilver, which gave pokéfans everywhere something they truly wanted. The original Gold and Silver games are cherished parts of the Pokémon world, but a solid remake is always going to be welcome for any Pokémon game.

The remake kept much of the gold material, optimizing it for play on the Nintendo DS. Some of the new features included the ability to have a partner Pokémon follow you (much like your Pikachu in Pokémon Yellow), and all of the other features that were updated when Pokémon Crystal came out before this release did.

If you’re feeling artistic then why not check out our guide to easy Pokemon to draw.

[…] That’s partially why Dawn makes it on the list. That and the fact that Sinnoh was the first time I really engrossed myself in a Pokémon game. […]

[…] very much an ode to the Pokémon games of old, and an ode which is performed […]

[…] of dog-cat-fox, with feline and canine traits seen throughout their evolutions. In earlier Pokémon games, trainers would only ever be able to get one Eevee throughout their Pokémon journey, so it became […]