Zombie monster cards became extremely popular around the time the Zombie Madness structure deck was released. This structure deck showcased zombie cards; showing players exactly how you could utilize a zombie deck to win a duel with ease. They’re still not the most popular type of card to use, but they’re much more viable than they used to be.

You may also be interested in our guide to the best Yugioh Games.

Let’s start this list off with one of the most popular zombie cards to grace Yu-Gi-Oh! Trading Card Game Tournaments. Mezuki is a half-man, half-horse zombie with a wicked effect. When you banish this card from your Graveyard, you can select one zombie monster from your Graveyard, and special summon it.

It’s not a particularly powerful card, in terms of attack and defense strength, but its effect gives you a chance to play some new tactics and start turning a duel around.

A card that’s well-known for being a more well-rounded version of the Plaguespreader Zombie monster card. Level two and extremely weak, Pain Painter may not seem like a lot before, but there sure is a fair bit of text in its effect description box.

While Pain Painter is face-up on the field, it is treated as the Plaguespreader Zombie. Each turn, you can target two face-up zombie monsters that you control, and they become level two cards until the end of your turn. They can be used as tributes to synchro summon a zombie.

Another popular card in Yu-Gi-Oh! Tournaments, Shiranui Solitaire, may not appear to be a zombie card at first glance, but he most certainly is. With this monster card, you can tribute one of your zombie monsters to special summon a zombie tuner card that has zero defense points from your deck.

If this card is ever banished, you can target one of your own banished Shiranui monsters, (except for any other Shiranui Solitaire cards), and special summon them. 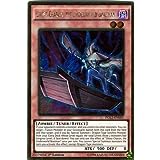 When you’re in a tight spot, the Boatman can help you with some smooth sailing. A dark type monster card with 500 attack points might not seem like much, but if you have nothing on the field, the Boatman will be willing to bargain with you.

In the case that you aren’t controlling any monsters, but your opponent is, you can target one fusion monster in your Graveyard, and banish this card from the field and the target that you’ve chosen. Then, special summon a dragon synchro monster card from your Extra Deck.

With card artwork that looks a little like two students singing karaoke on Halloween night, Uni-Zombie is a well-used card with an effect that’s sure to put the game in your favor. At level three, with a modest amount of attack points, Uni-Zombie can help you level up your monsters.

Select a face-up monster on the field, discard one of your cards, and increase the selected monster’s level by one. Monsters that you have on your side of the field cannot attack for the rest of your turn, except for zombie monsters, because they’re the exception here. What can you do with a leveled-up monster, you may be wondering? Summoning. That’s the only clue we’ll give you.

Pumprincess the Princess of Ghosts

Similar to another card that every duelist has seen before, the Scapeghost monster card allows you to special summon any number of Black Sheep Tokens. These tokens act as zombie cards in the dark attribute with no attack or defense; and they’re level one, of course.

It’s a brilliant tuner monster to have in your deck. The tokens are ready to be used as tributes or as synchro material. Perfect for all kinds of decks.

A card to make your opponent suffer while you negate any effect that they try to use as a part of their tactics. Ash Blossom’s effect is quite extensive and easily broken down into several steps.

Play to your advantage and have more than one Ash Blossom, or a way to get her back into your hand or on your field. This is not an effect you use once in a duel.

This pyramid-wearing turtle makes the list because it’s a useful card to have a few of in your deck. Not only is it a level four card with decent attack and defense points, but it can also help you make the next step of your strategy easier.

With Pyramid Turtle, when it’s destroyed by battle, it gets sent to the Graveyard. Once this happens, you can special summon a zombie from your deck that has 2000 defense points or less. Now, think about how many of your cards you could choose from to summon with that effect.

When this monster card is flipped, Chewbone can special summon Chewbone Jr. Tokens to your opponent’s side of the field in defense position. These tokens are zombies of the earth attribute, resting at level one, with a small amount of attack and defense.

What’s the point of it? Have you ever heard of the Ojama Trio? They did pretty much the same thing. There are a large number of strategies that can be played with this dog monster.