The Cyberse monster type hasn’t been around as long as many other monster types in Yu-Gi-Oh! In fact, they were introduced alongside Link monsters, and have a similar futuristic art style. However, there are many reasons that you should consider a Cyberse deck; one of those being the awesome new effects that came with the cards.

The type of secretary that gets things done; Backup Secretary is a level three monster with 1200 attack points. She won’t last long on the field by herself, what with her attack points and defense points being the lower end of average. But she’s really here to help you with her effect.

A sweet (pun intended) Cyberse card for your deck. Honeybot is a Link monster as well as a Cyberse card, so you’ll need to rethink your play a little bit if you want to use them. This card has no place outside of a Link deck; do take that into account. HoneyBot can have two links and has an attack power of 1900 points.

At first glance, a weak monster card. At a second glance (when used for Link Summoning), you’ll be glad that you put Stack Reviver in your deck. This level two monster card knows how to use its effect well, but you should know that you can only use its effect once in an entire duel.

This card’s name is stylized as “Linkslayer,” but we’ve separated the words for ease of reading. Link Slayer is a 2000 attack point menace that will hit your opponent where they hurt before they even realize what’s happening.

If you control no other monsters, you can Special Summon Link slayer from your hand. Once per turn, you can then discard up to two cards, then target that many Spells/Traps on the field and destroy them. To clear that up: discard two cards, destroy two cards. Simple and effective!

Our second Link card for this list! Decode Talker is a powerful card with 2300 attack points and the ability to link to three separate cards. You’ll need two Effect Monsters to get Decode Talker on the field, but once he’s there, you’re going to have a good time.

Decode Talker gains 500 attack points for each monster it points to. When your opponent activates a card or an effect that targets a card you control, you can Tribute one monster that Decode Talker is pointing to, then negate the activation of that card or effect.If you do this, you can also destroy that card.

Launcher Commander doesn’t mess around. This card has a solid number of attack points, yes, but it’s Launcher Commander’s effect that really shines through when you put the card into play. It’s a boosting card, but it’s also one that can take down a monster with ease.

All other Cyberse monsters you control gain 300 attack and defense points when Launcher Commander is in play. Once per turn, you can Tribute oneCyberse monster, and then target one face-up monster your opponent controls to destroy that monster card.

Strong cards with long effects are enticing to all duelists, but you should always read the fine print before you start adding monsters to your deck. Otherwise, you’ll spend half the duel reading your cards. Salvagent Driver is one of the stronger Cyberse cards you’ll play.

If a Cyberse Link Monster you control is destroyed by an opponent’s card effect while Salvagent Driver is in your hand or your Graveyard (except during the Damage Step), you can Special Summon Salvagent Driver.

You can discard one Spell, then target oneCyberse monster in your Graveyard to Special Summon it, but it cannot attack directly this turn. You can only use each effect of “Salvagent Driver” once per turn. See? Strong and useful. 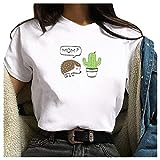 Our third Link monster, Binary Sorceress (also translated as “Binal Sorceress”), is a card that offers more than just stunning artwork. Binary Sorceress needs two monsters as material to be summoned, and her effects are entirely worth it.

If one or more cards are linked: When a monster co-linked to this card battles your opponent’s monster and inflicts battle damage to them, you can gain that damage as life points.

When two cards are linked: You can target two face-up monsters you control, and until the end of this turn, halve the attack of one monster. Add the lost attack points to the other monster.

Draconnet is a helpful little level three monster card. At 1400 attack points, Draconnet could certainly hold your field for you for a couple of turns, but that’s not what he’s here for. It’s his triggered effect that makes this card a great one to include in your deck.

When this card is Normal Summoned, you can Special Summon one Normal monster card from your hand or from your deck. This card must belevel two or lower, and you must put them in defense mode upon summoning them to the field.

Firewall Dragon is forbidden in the Official Card Game, and in the Advanced version of the Trading Card Game of Yu-Gi-Oh! However, it still holds limited status for the Traditional game. That means that you’re allowed one copy of the monster outside of official games and tournaments.

Once while face-up on the field, you can target monsters on the field and/or the Graveyard up to the number of monsters co-linked to this card and return them to the hand. If a monster this card points to is destroyed by battle or sent to the Graveyard, you can Special Summon one monster from your hand.