Pokémon is full of great girls. If you’ve spent more than five minutes on the internet, you know this.

I’ve decided to celebrate the gals of the series by compiling a top 10 list. I’m going to be using a fair few different bits of criteria in my ranking, including context, design, and character, so if you disagree with my list, that’s okay. 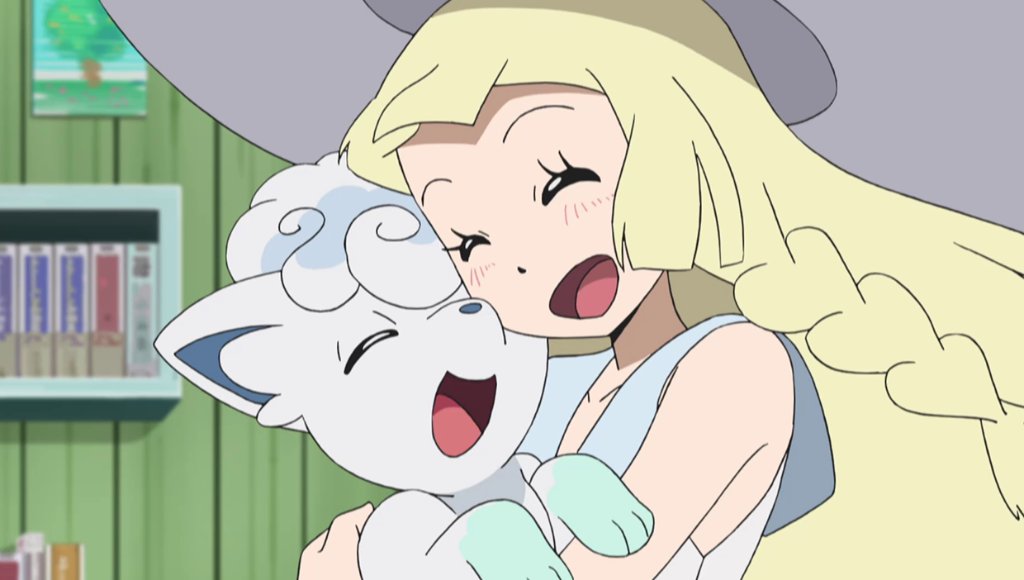 Lillie is a young character featured in Sun and Moon and Ultra Sun and Ultra Moon. She is quite studious and delicate, often getting lost in her attempts to avoid Team Skull.

In Sun and Moon, Lillie isn’t a trainer due to not liking to make Pokémon fight, but an avid reader and lover of Pokémon.

However, in Ultra Sun and Ultra Moon, Lillie does become a trainer in the events of trouble in her home, Aether Paradise. This shows Lillie to be dedicated to protecting those she holds dear.

Through her struggles with her mother, Lillie has also shown her ability to press on and do right by herself. 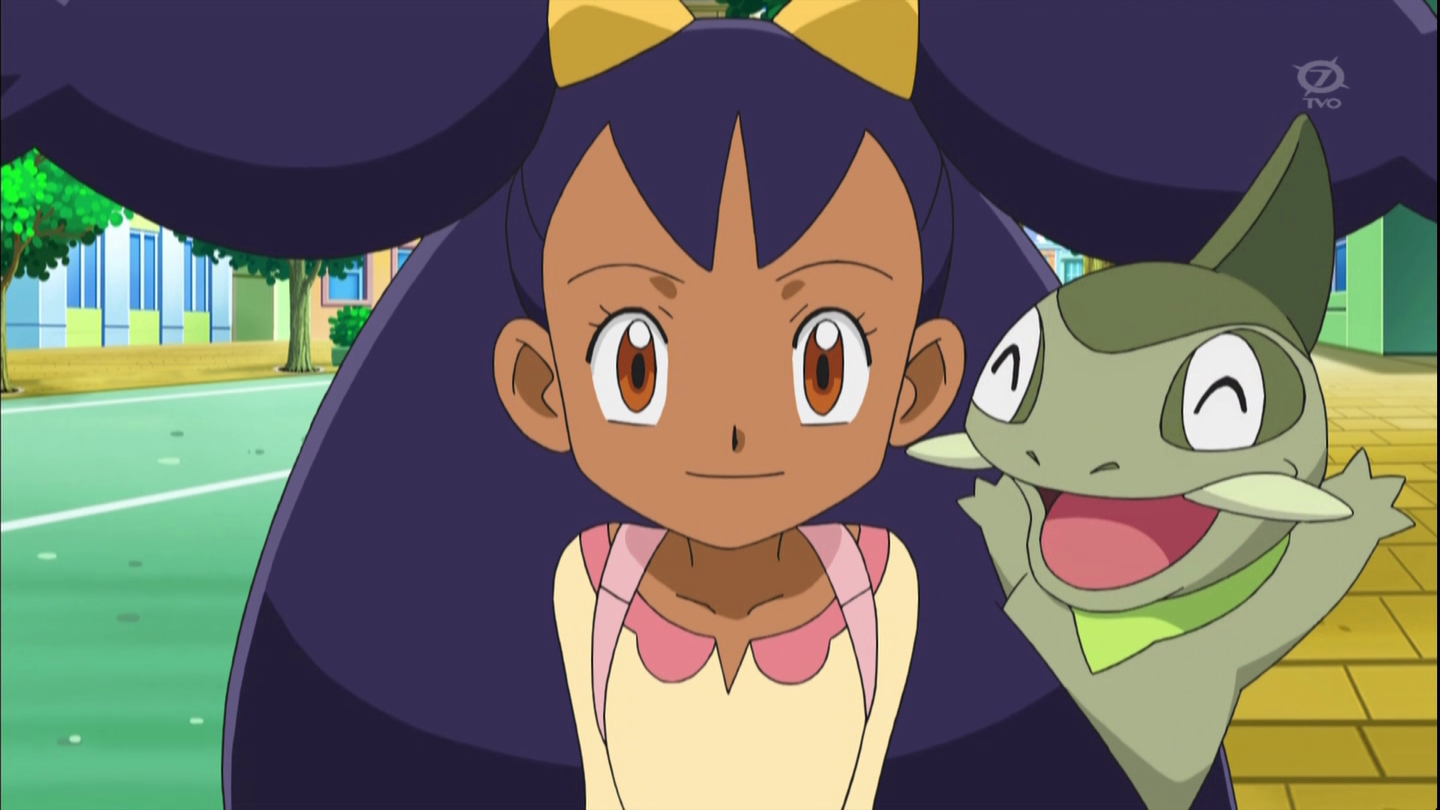 Iris is known as The Girl Who Knows the Hearts of Dragons, and her specificality as a trainer is working with Dragon-type Pokémon. She appears in the game titles Black and White and Black and White 2.

Aside from her cute design, Iris has a tomboy demeanor who is also quite hyper. Her energy alone giver her appeal as a character, but her special knowledge of Dragon-type Pokémon is admirable and cool.

Iris is also kind and helpful, as the player meets Iris just before she agrees to help another character train their Pokémon. Throughout her game appearances, Iris has proven to be quite brave, as she doesn’t hesitate to stand up against evil and help the main player fight. 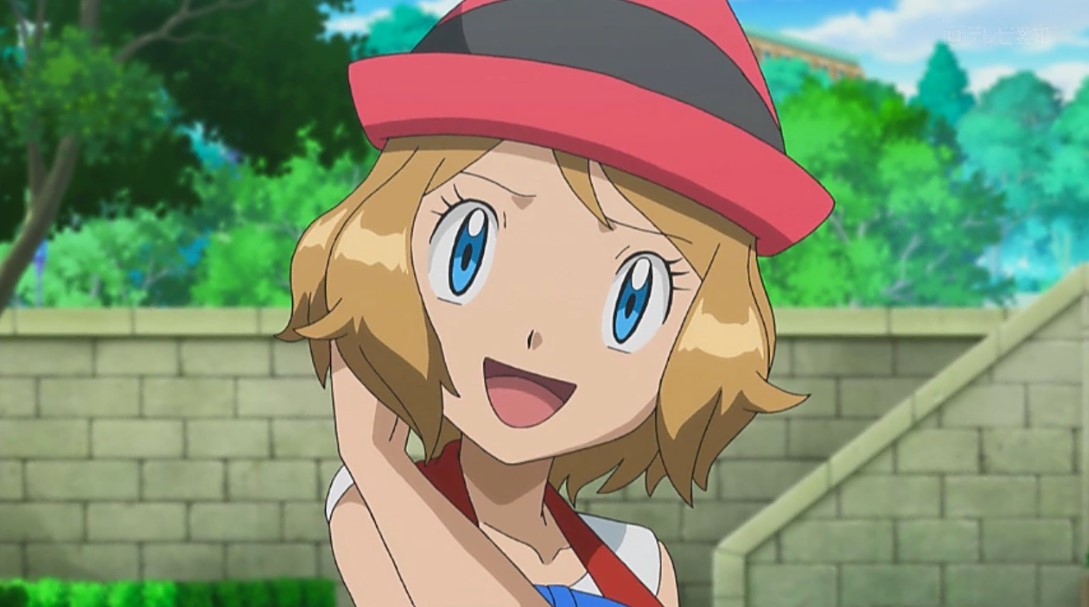 Even before Misty, the main female companion in Ivy League, Serena was Ash’s original traveling partner. Like Lillie, Serena is quite feminine, as she adores clothing and fashion in general.

Serena is kind, helpful, and polite, often making a point to preserve her modesty rather her safety.

In the beginning of her journey, she didn’t know exactly what direction to take, so she didn’t have much motivation in becoming a Pokémon trainer.

However, in time, she overcame these blocks and became determined to handle whatever came her way, even without a set goal in mind. 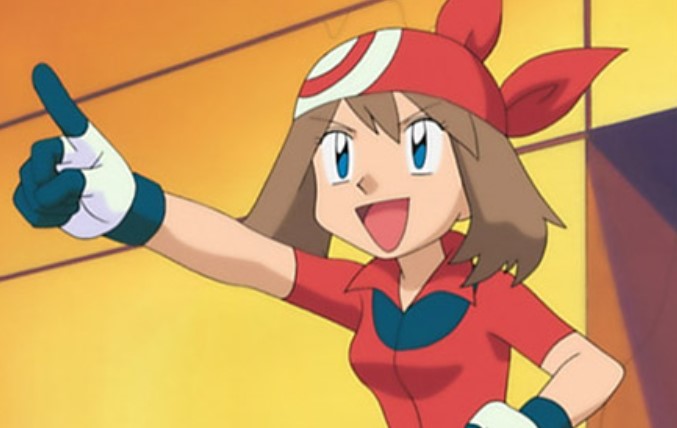 May is a sweet person with an open, kind heart, although she can lose her temper at times. She cares deeply about making her parents proud but didn’t immediately intend to do by becoming a Pokémon trainer.

In fact, May only wanted to travel to sightsee, but when she met Ash and Brock, May formed a love for Pokémon.

She still gets discouraged and sad when she loses a contest but is a determined person to keep going.

In addition to being a decent battler, May also has a skill for making tasty Pokeblocks. Her love for food, similar to Serena, fuels her desire to travel more. 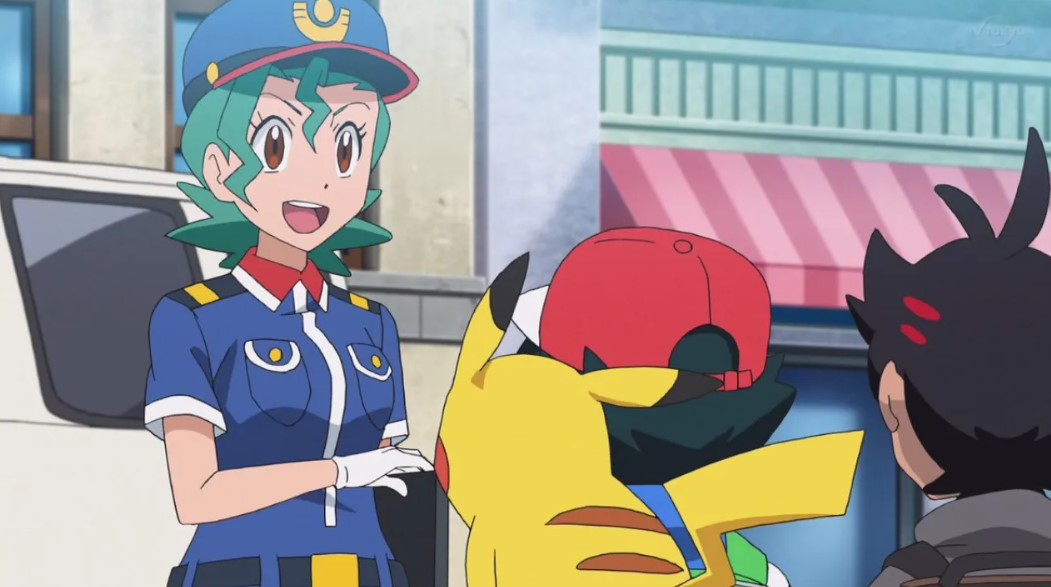 Officer Jennysare is similar to Nurse Joys, as there are multiple of them, and all look very similar to one another. Officer Jenny is a kind person but has a sturdy and tough hand when it comes to justice and the law.

She is diligent when it comes to her job, and she does her best to arrest criminals and keep citizens safe.

When she encounters the main characters in any region, Officer Jenny is always available to offer a helping hand and reminds everyone to keep an eye for trouble and to let her know.

I struggled on whether or not I wanted to allow anime appearances to influence the entries on this list.

Ultimately, I ended up coming to the conclusion that it can impact my judgment, but not by an extraordinary amount.

That’s partially why Dawn makes it on the list. That and the fact that Sinnoh was the first time I really engrossed myself in a Pokémon game.

Being a player character in the game means that there’s not much personality to speak off, but Dawn’s anime run more than makes up for that, in my opinion. 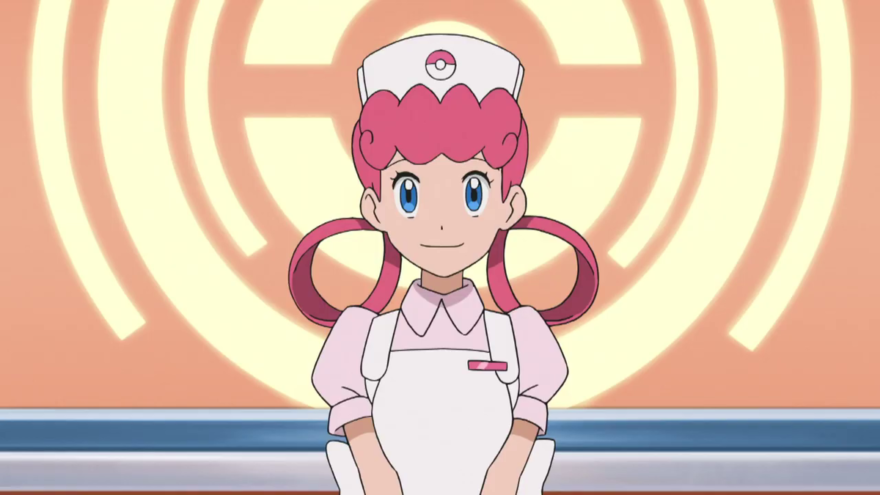 It feels wrong putting Nurse Joy so far down, given that you interact with her more than any other NPC in the game, but it has to be done.

Aside from some enjoyable anime appearances, Joy doesn’t have any sort of personality or relevancy whatsoever.

However, she still provides the most important service in the Pokémon world, so she earns an honorary spot all the same. 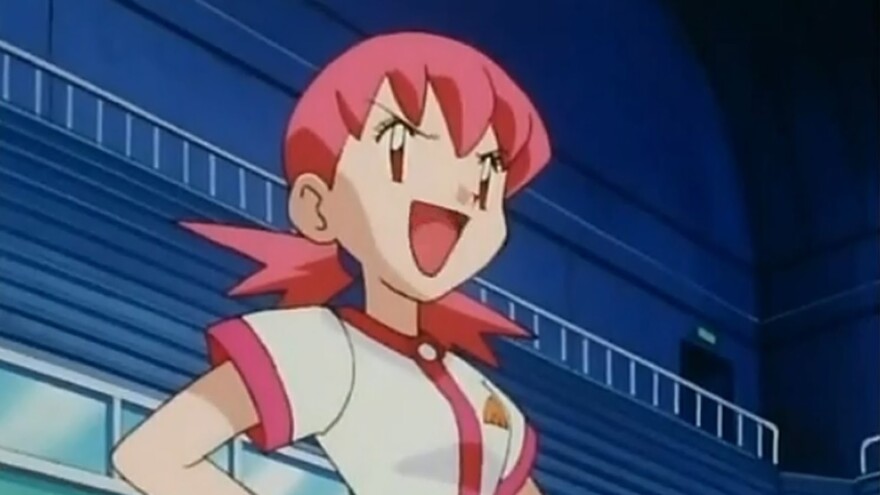 I hate Whitney, and I bet you do, too. I still remember being a kid trying to take down that Miltank.

As frustrating as it might have been at the time, it’s a memory that stays with me to this day. It’s also a memory that we all share, as is evident by just how infamous Whitney’s Miltank has become in the community.

If a trainer has the ability to give us all a treasured and shared experience like that, then she deserves a spot on this list, as far as I’m concerned. Even if her character design is pretty bland. 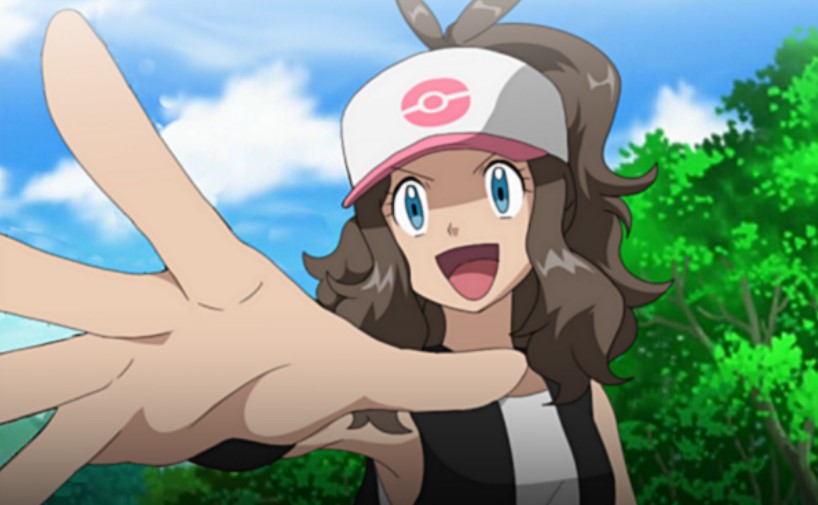 Hilda suffers from protagonist syndrome much like Dawn, and unlike Dawn, she didn’t make her anime debut until the series was well past it’s prime.

All the same, she has one of the better and more mature character designs in the franchise, which matches perfectly with the themes in BW being much more sophisticated than anything else we’ve seen.

Black and White is the perfect example of what Pokémon could be. A well written and thought-provoking story that is still fun for a casual audience.

Hilda is the staple girl from that generation, hence why she gets a spot here. Well, that and those denim shorts. 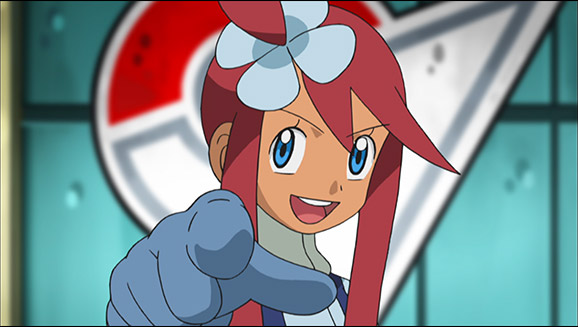 Skyla operates what might just be my favorite gym in Pokémon history. In particular, it highlights just how poor the health and safety regulations that the League has in place are.

It takes a certain level of a psychopath to decide, “Let’s shoot all of our prospective challengers out of cannons,” but Skyla came up with the idea.

That, combined with her simple yet fantastic design, is the perfect example of a gym leader done right. There are better ones out there, but Skyla shows how you don’t need to go overboard to be effective. 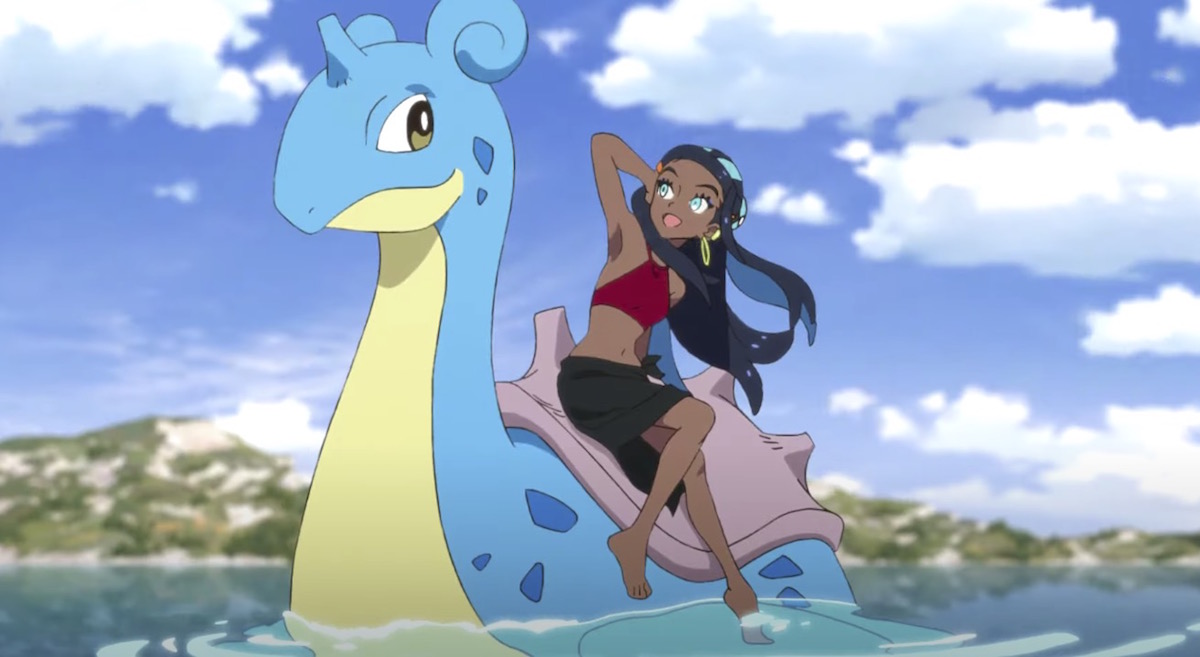 Nessa is one of the newest girls on this list, which is great. It’s nice that SWSH had such well-designed gym leaders after how bad the previous two generations have done.

Aside from Nessa being… Pretty… she has a stellar design that highlights just how much detail and care Gamefreak actually put into SWSH.

Everything about her follows the water-type theme down to the design of her sandals.

It’s a step up from previous generations that were fitting for the franchise’s first foray into fully 3D worlds. 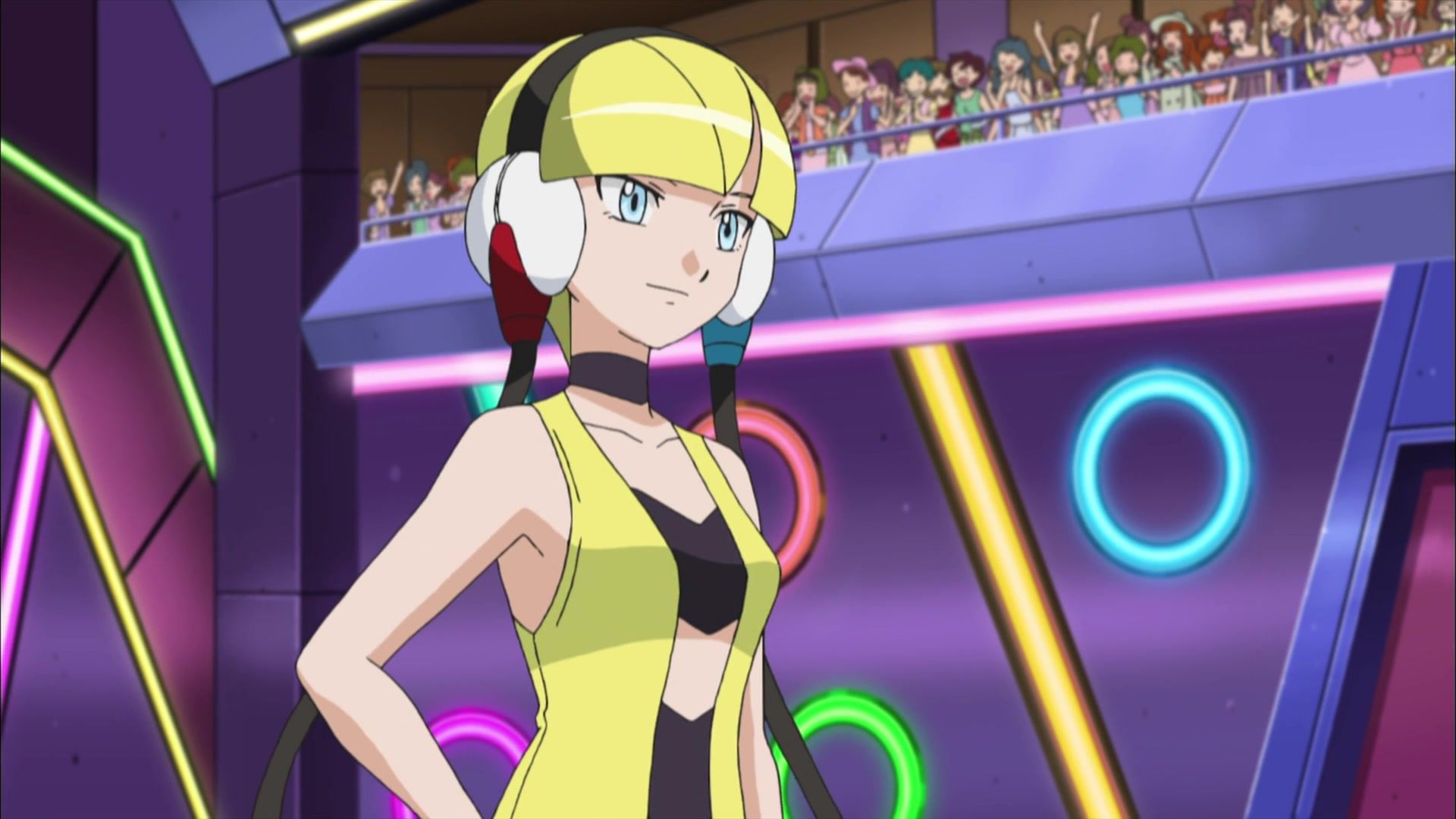 Her whole design is meant to be a fashion model, so I get that she’s meant to be attractive, but when I saw her redesign in BW2, my poor prepubescent heart damn near fell out of my chest.

Put that on top of yet another stellar Gen V gym design, and you have what is one of the best girls in Pokémon history, in my opinion, at least. 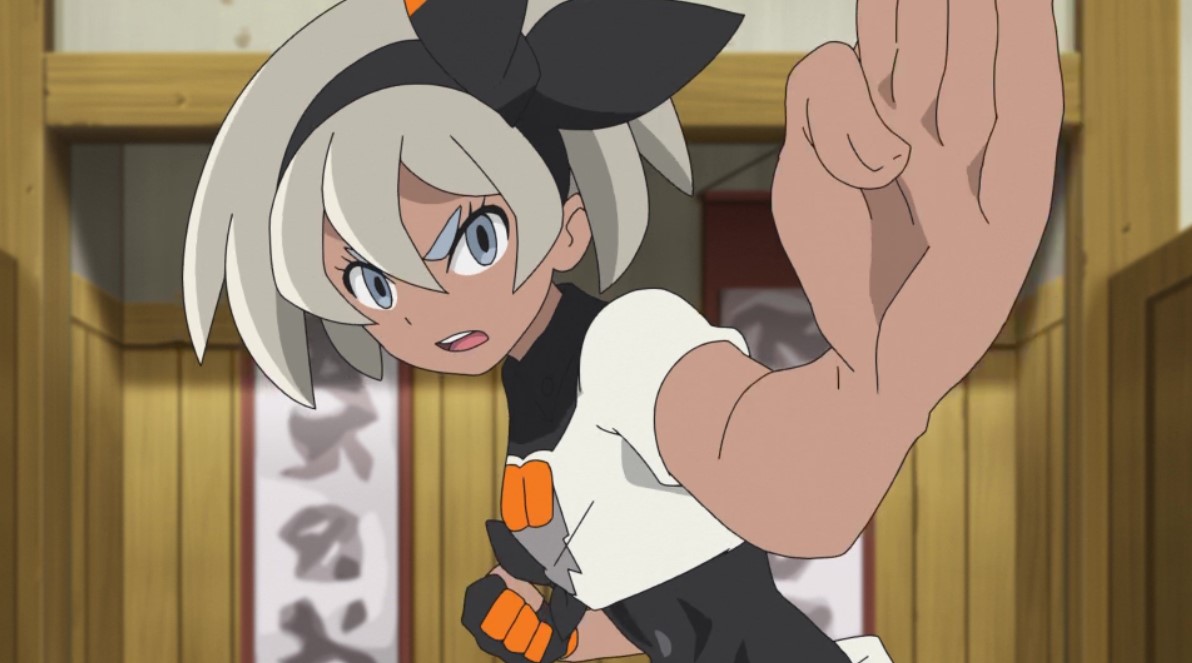 Elesa was a childhood crush. That’s reasonable. I have absolutely no excuse for my attraction to Bea. It is what it is, and I’m not ashamed of that fact.

I mean, look at her character design. You can’t look at that and tell me that it’s not awesome looking.

She’s another example of how the SWSH leaders are a cut above anything we’ve seen in recent years, and that’s why she’s on this list. Exclusively. My attraction has nothing to do with it. 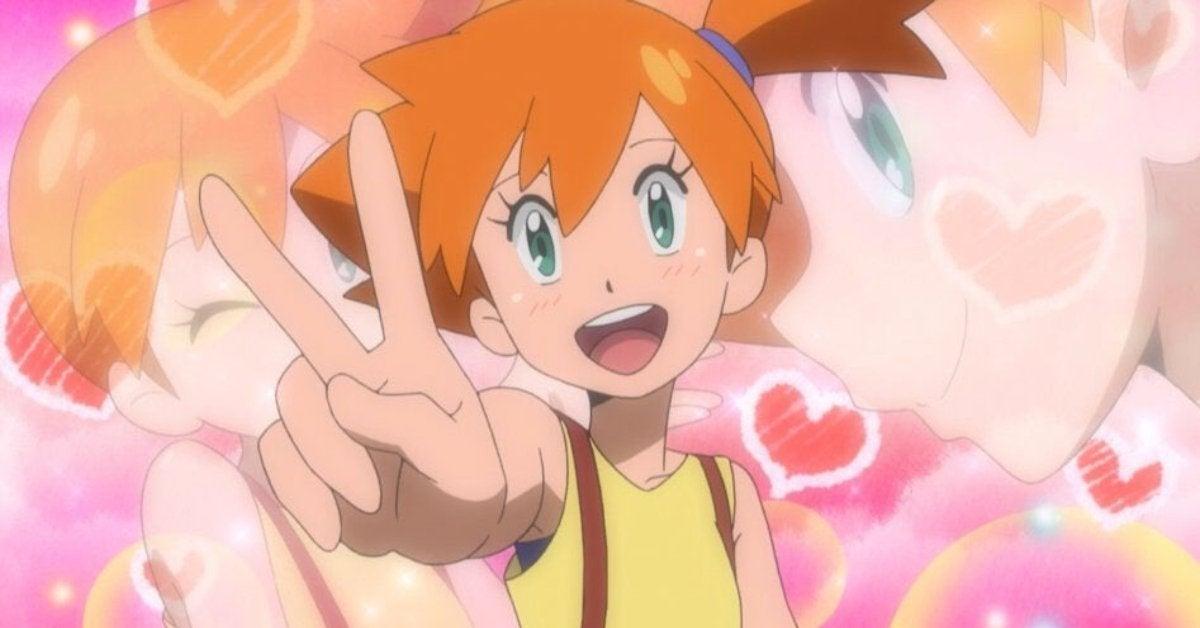 Before you hunt me down for not putting Misty at the top of this list, hear me out. She’s the OG, both in the anime and the games, and that demands a very high level of respect.

There has yet to be a female side character that could even come close to the impact she had on the show, and that’s a hill I’ll die on.

In both her original and remake designs, her role in the games is minimal but also memorable. Not only is her Starmie a nightmare to defeat, but seeing a familiar face is always nice in the games.

It sits between how bad Brock’s gym battle was and how good it was to see Cheren become a gym leader. However, I can’t put her at number 10, and there’s only one reason for that. 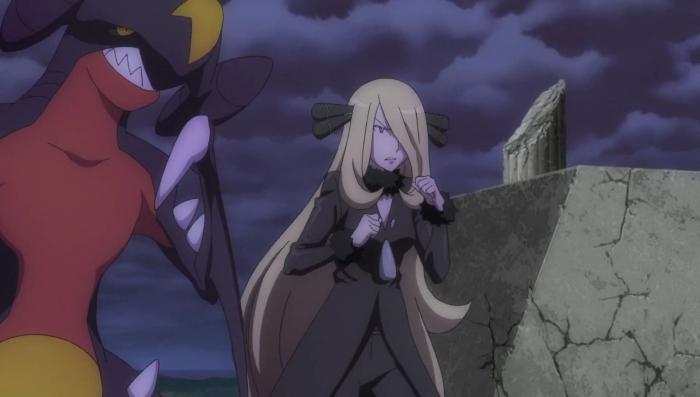 If you were young when you played through DPP, then you know exactly why Cynthia is here. To this date, she is the most skilled Pokémon trainer that the world has ever seen. Yes, better than Red and Blue, and yes, better than the protagonist that you beat her with.

She constantly talks about strategy, and that shows through her team. Her type coverage is insane, and the way she leads with Spiritomb to counter any type of advantage you might have is a level of intelligence that I wish Gamefreak used more.

She was also the first time that a champion played a major part in the story rather than sitting in their tower all day. On top of all that, her design is absolutely badass looking, too.

Cynthia is so popular that they brought her back multiple times throughout the years, including a battle in Gen V and constant mention of her since then. There is no one that can even come close to her, hence why she gets my top spot.