Sometimes, you don’t need the crazy anime style, fights, and adventure. Sometimes you just want to snuggle in a watch a happy and innocent series.

These series will always leave you smiling and restore your faith in humanity—or at the very least, these series are “feel good” shows.

When you want to watch someone experience first love without crazy drama, reach their dreams, or find a close-knit group of friends, these heartfelt anime shows are right up your alley! 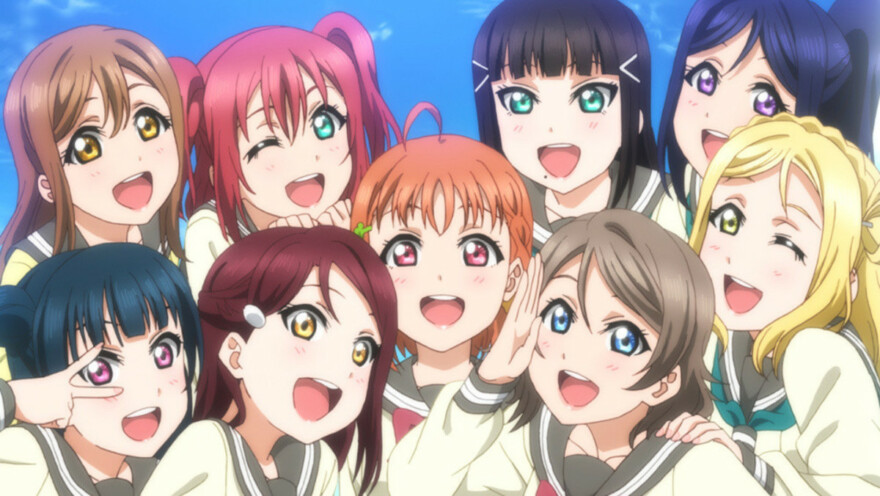 16-year-old Chika Takami always saw herself as a normal girl with nothing special about her. She had no dreams or passion—until she saw the school idol group named µ’s!

Staring her second year at her all-girl school, Chika is determined to start her own idol club!

There are only a few small problems: she doesn’t know how to write music, the student council president won’t allow her club, and her school is closing! Can Chika find a way to reach her dream and save her school like µ’s once did? 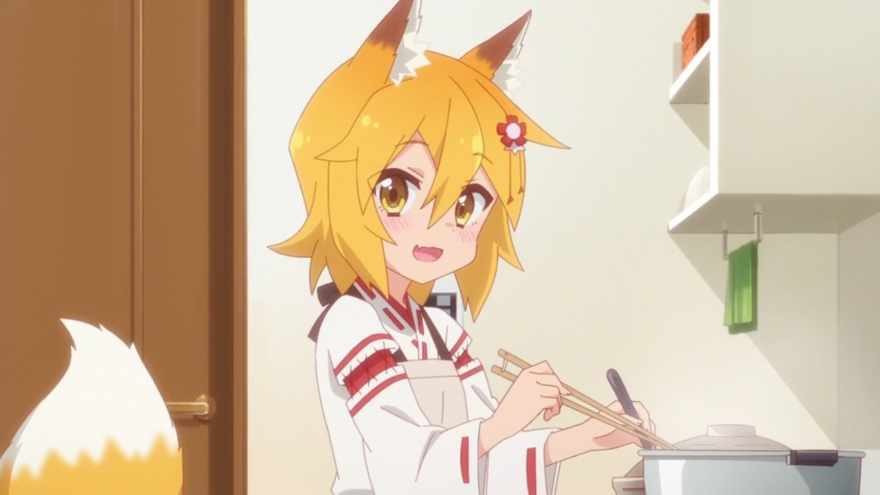 You have to work to live—even in a job you hate and cause nothing but stress. Kuroto Nakano works hard every day so he can pay his bills. He can’t complain. But the stress and tired days are starting to take a toll on him.

One day, after getting home from work, Kuroto is greeted by an 800-year-old foxgirl named Senko-san.

Senko-san hopes to brighten up Kuroto days, to take care of him, and ease his soul from all his stress and worries.

18. My Next Life as a Villainess: All Routes Lead to Doom! 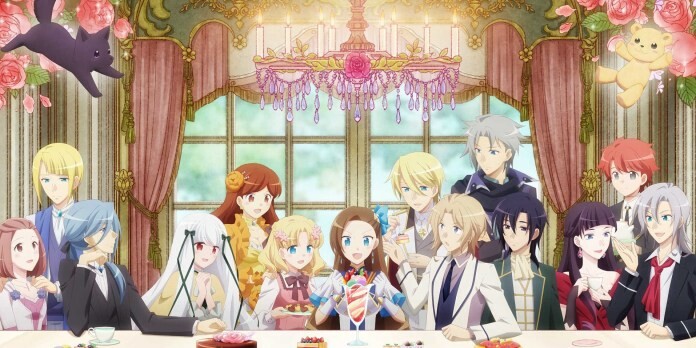 When a girl who loves nothing more than otome videogames gets reincarnated—she finds herself in her favorite game, “Fortune Lover”! However, she isn’t the main character—she’s the villainess! The villainess never gets a happy ending!

Now, as Catarine Claes, she must find a way to avoid all the routes that will lead her to her bad ending!

She tries to be kind when she meets the main character, Maria, and make friends with her enemies—but will that save her? 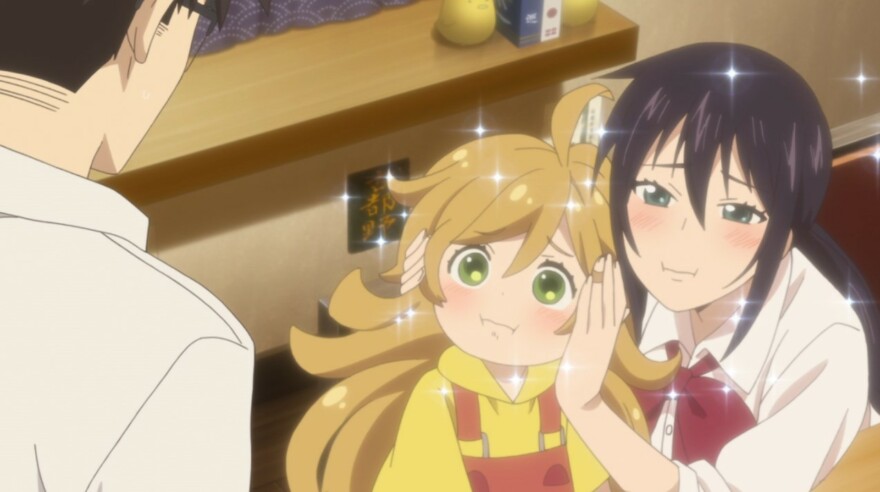 Kouhei Inuzuka loses his wife. All he has left in the world is his daughter Tsumugi.

Working as a busy teacher, Kouhei has to step up and take on the role of both mom and dad. Kouhei begins to learn how to cook healthy meals for his daughter.

Kouhei gets help from one of his students, Kotori Iida, whose family runs a restaurant. Always having to eat alone, Kouhei gives Kotori a safe place where they can cook together for Tsumugi and become their are makeshift family!

16. Recovery of an MMO Junkie 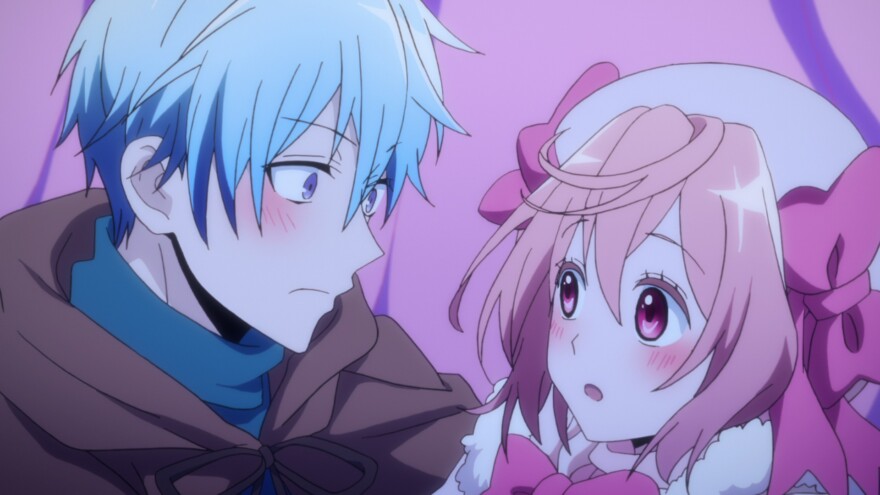 A pink-haired sweetheart, Hayashi, and Lily become quick friends. Little does Moriko know that she has already met Lily in real life, and she isn’t an adorable young girl but a 28-year-old blond named Yuuta Sakurai! 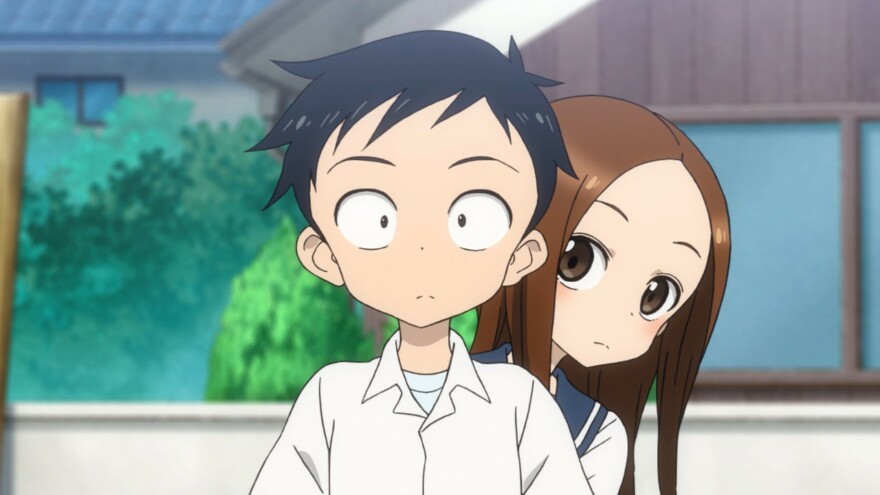 Nishikata is determined to catch her off guard one of these days. Follow Nishikata as he tries and fails to give the teasing master a taste of her own medicine! 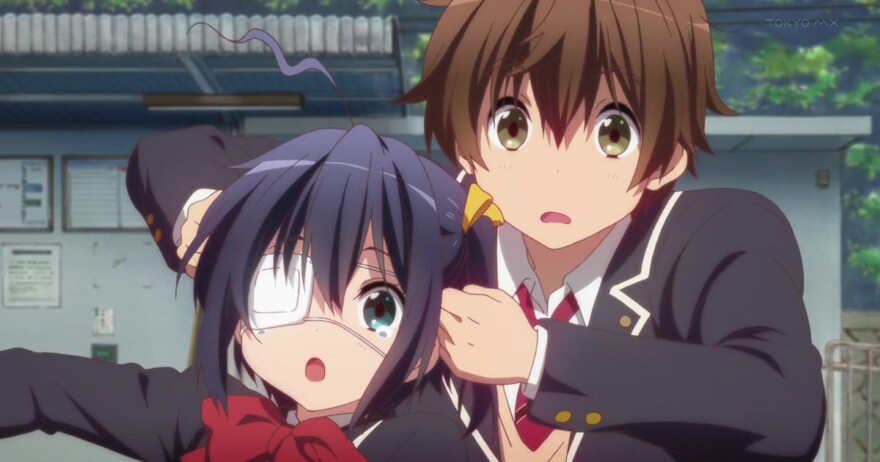 Yuuta Togashi is starting high school and wants to forget who he used to be: a chunibyo.

Once calling himself the “Dark Flame Master,” Yuuta wants to leave that childish character behind and become a normal high schooler.

However, Yuuta first day at school ends in disaster when Rikka “Wicked Eye” Takanashi confronts him! She is still a chunibyo and doesn’t want Yuuta to let go of Dark Flame Master! Yuuta wants Rikka to get as far away from him as possible! 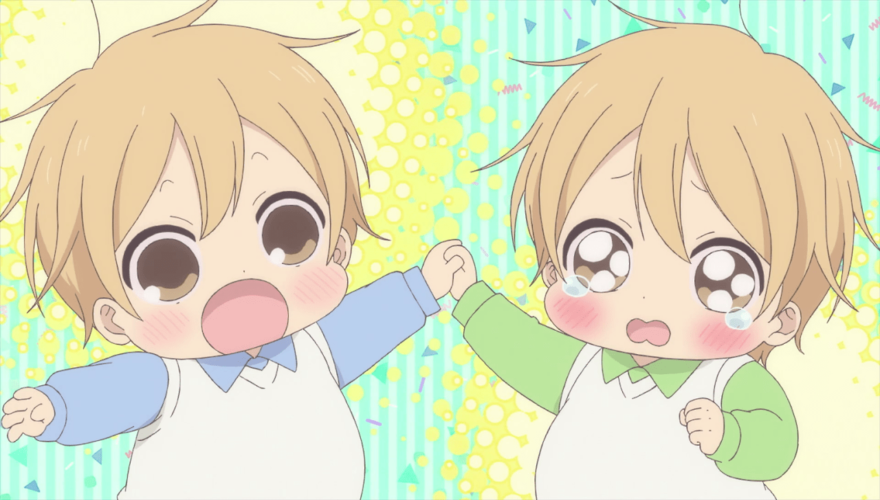 After losing both parents in a plane crash, Ryuichi Kashima is all alone, having to take care of his baby brother Kotaro.

When he meets the chairman of an elite academy, Youko Morinomiya agrees to give Ryuichi and Kotaro a roof over their heads—if Ryuichi acts as the school’s babysitter!

Starting the babysitting club, Ryuichi now takes care of his baby brother along with their teachers’ children and classmates’ younger siblings.

12. TONIKAWA: Over the Moon For You 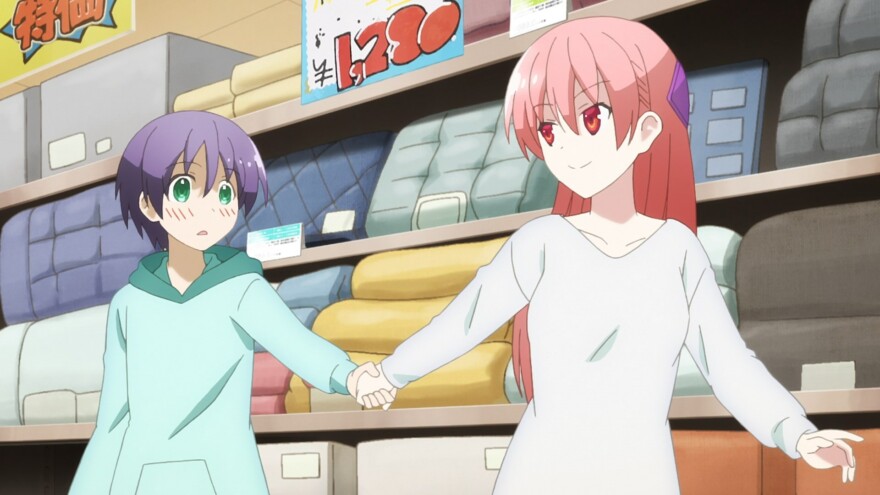 Always bullied for being named after NASA, Nasa Yuzaki is determined to become better than his funny name and become a smart and respected man! His ambitions almost come to an end when he gets hit by a truck.

However, a mysterious manages to save his life. Bleeding out in the snow with the girl named Tsukasa Tsukuyomi walking away in the moonlight—Nasa falls in love! He confesses to her, and she states that she will date him—if he marries her! 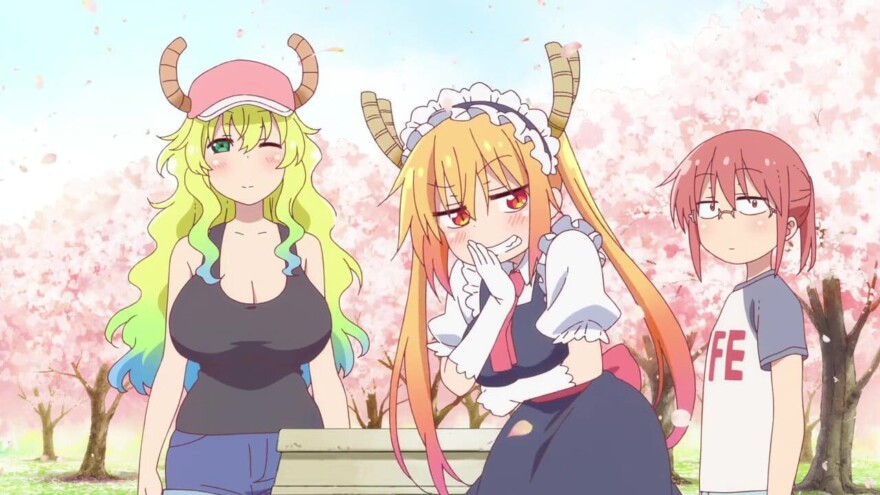 On a drunken night home from her office job, Kobayashi stumbles upon a dragon stabbed with a Holy sword. Y’know, as one often does.

Kobayashi is able to save the dragon’s life! Now, the dragon is in debt to Kobayashi.

Drunkenly, Kobayashi accepts the dragon—as her private maid! The next day, the dragon shows up at Kobayashi’s apartment as a girl maid with a dragon tail and wings! What has Kobayashi gotten herself into? 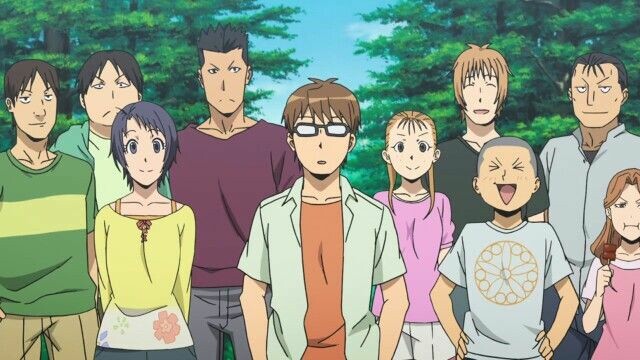 Tired of following the traditional studious life, Yuugo Hachiken wants to get far away from the city and his father’s heartless expectations. On a whim, Hachiken enrolls at an agricultural boarding school.

Now, instead of staying up at all hours of the night studying, Hackien is getting up easily to take care of chickens, pigs, and cows. Will Hachiken find what he is searching for at the countryside high school? 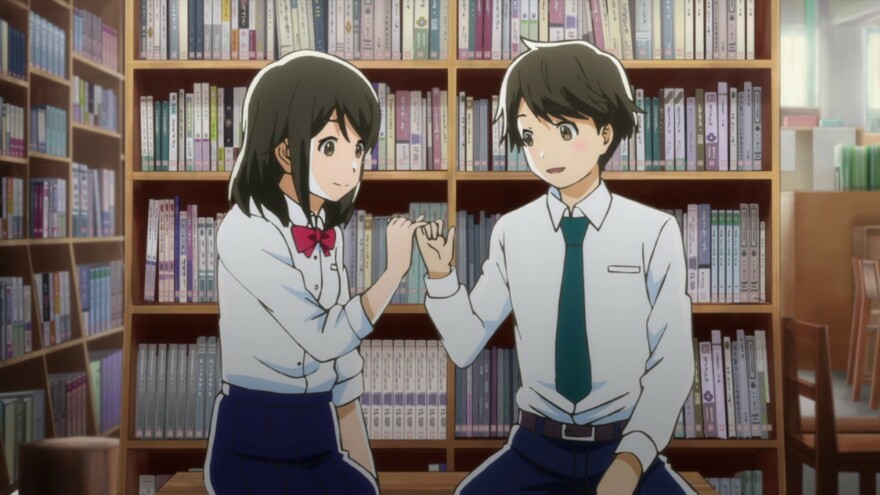 In their final year of junior high, Kotaro Azumi and Akane Mizuno meet. One is a member of the track team, and the other dreams of becoming a professional writer.

Despite being opposites and practically strangers, Kotaro and Akane feel an instant connection.

Shy and innocent, Kotaro and Akane tiptoe around each other and their feelings. Will either of them find the courage to become closer than friends? Or will their differences pull them apart?

8. Keep Your Hands Off Eizouken! 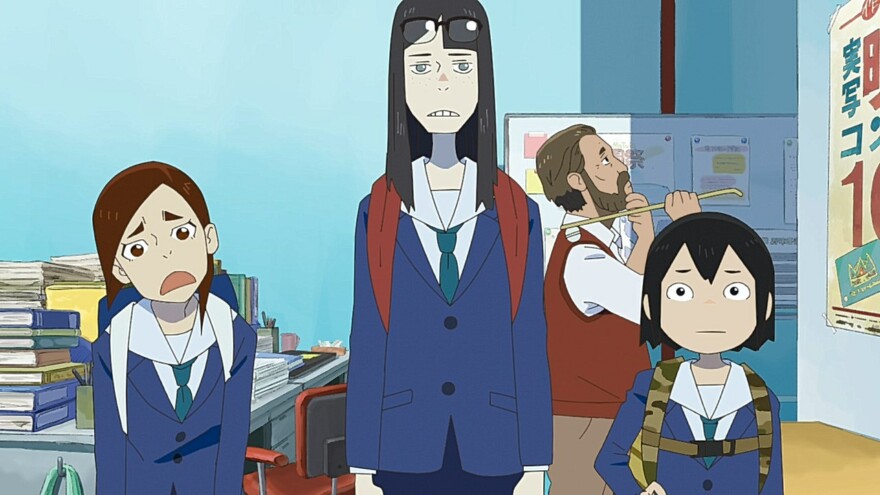 Ever since she was little, Midori Asakusa has dreamed of creating anime! Drawing landscapes and backgrounds in her sketchbook, Asakusa hopes to make them real someday.

Despite her strict parents, Mizusaki wants to be an animator! That day, Asakusa, Kanamori, and Mizusaki become comrades!

Following their dream of producing anime, they will learn the ups and downs of going from paper and pen to the big screen! 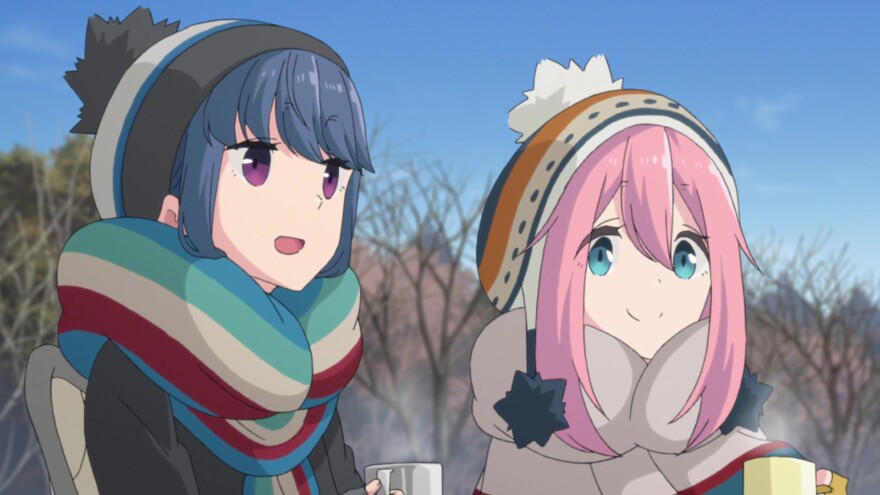 Highschooler Rin Shima’s favorite hobby is going out on her own and camping. Setting up her own tend, made her own fire, and cooked up her own ramen. Rin enjoys the quiet and peaceful camping life!

One day, while camping at the base of Mt. Fuji, Rin meets Nadehiko Kagamihara. Lost and panicking, Rin invites Nadehiko to her campsite.

Through Rin’s eyes, Nadehiko becomes interested in camping and becomes a new passion that leads her to mean new friends and fun! 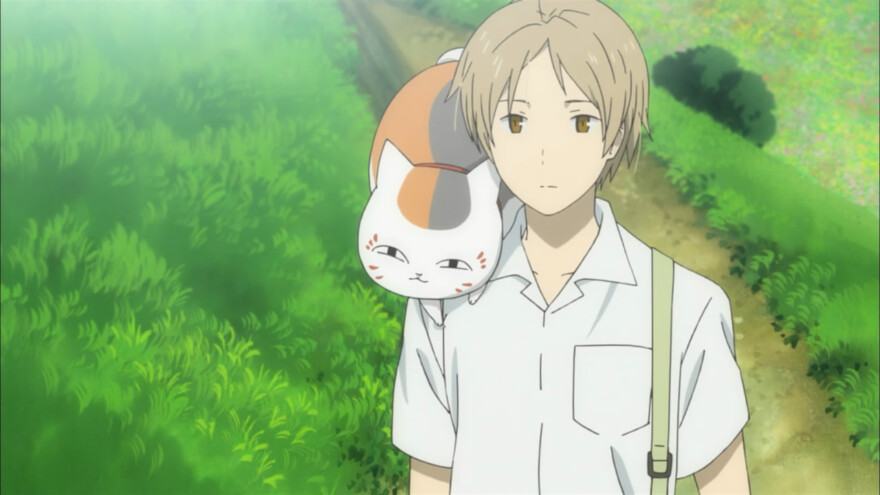 Without any parents or support, Takashi Natsume has always had to face youkai spirits alone.

After his grandmother passes away, Natsume finds her “Book of Friends.” Inside contains the names of spirits his grandmother had been able to control. Now that Natsume has the book, Natsume gains his powers.

However, this also enrages all of the youkai that will mercilessly haunt him in hopes of gaining their freedom. Good luck, Natsume. 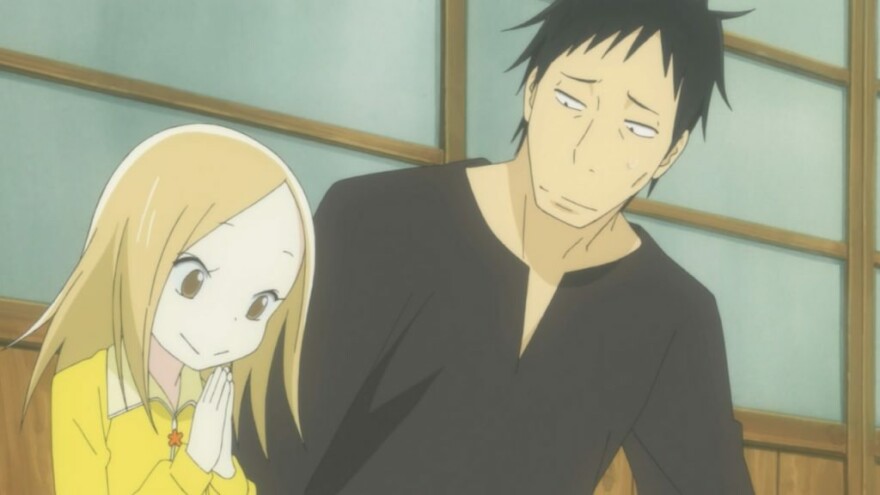 30-year-old bachelor Daikichi Kawachi has always had a respectable job but no other purpose in his life. After his grandfather passes away, he brings himself back to the family home.

There, Daikichi’s discovers his grandfather’s illegitimate daughter Rin! Shunned by the entire family, everyone refuses to take Rin.

Daikichi gives up his bachelor life to take care of Rin. Despite having no clue how to take care of a child, Daikichi is determined to give Rin the loving and caring life she deserves! 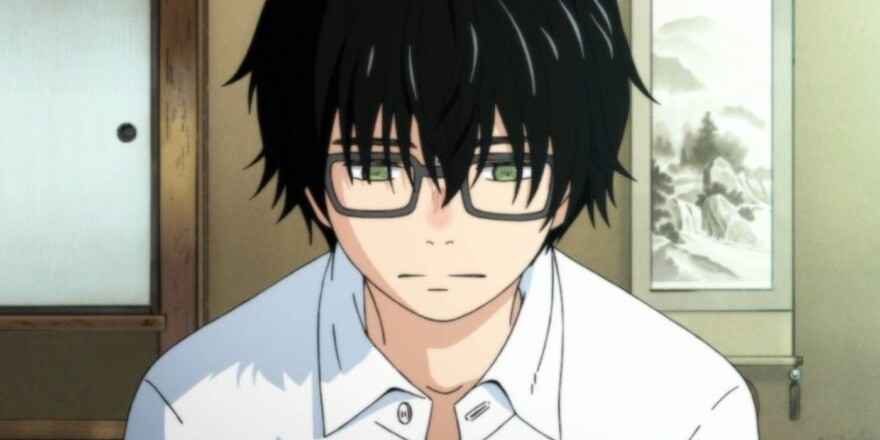 17-year-old Rei Kiriyama is a shogi prodigy and has always had to deal with pressure from the shogi community as well as his adoptive family. Wanting to escape, Rei moves to an apartment in Tokyo.

Living out in the city, Rei meets a family of three sisters named Akari, Hinata, and Momo Kawamoto. The sisters all live with their grandfather and work at his traditional wagashi shop.

The Kawamoto Family will soon become a big part of Rei’s life and give him the family he never knew he needed.

3. A Place Further Than The Universe 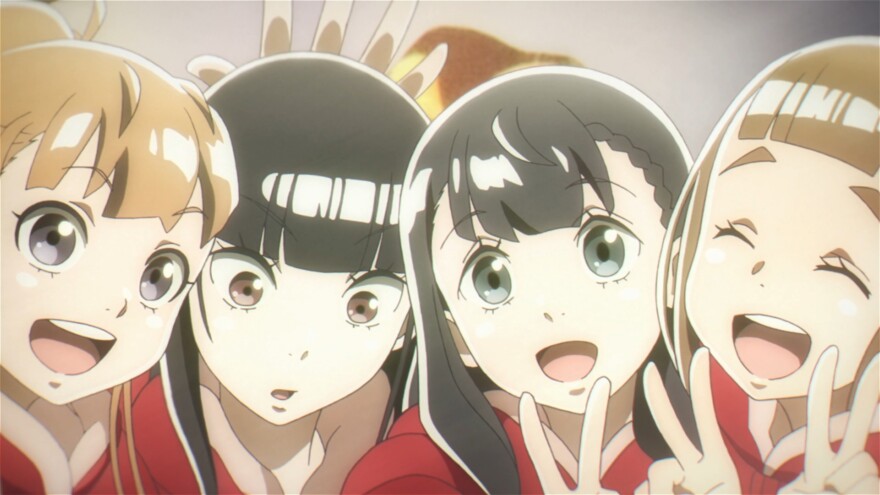 Mari “Kimari” Tamaki feels like she’s waiting away her youth. She feels like she needs to do something incredible before she’s trapped in adulthood.

Her call to adventure comes in the form of classmate Shirase Kobuchizawa, an ambitious girl who dreams of sailing to Antarctica!

When Shirase invites Kimari to join her, she jumps at the chance! Alongside high school dropout Hinata Miyake and actress Yuzuki Shiraishi, the four girls make their way to Antarctica! 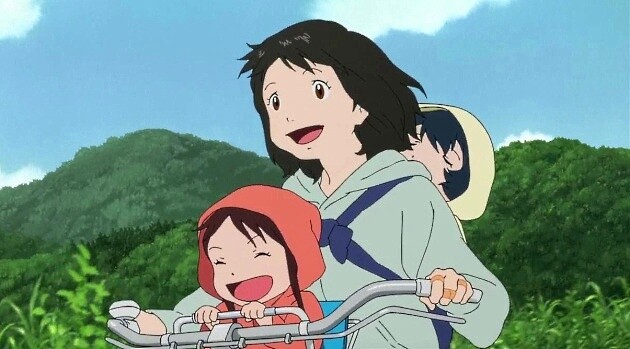 Starting college Hana falls in love with a mysterious man who turns out to be a werewolf! Sorry Team Edward fans. Despite what he is, Hana stays with him, and the two of them have two kids: Yuki and Ame.

However, when the kids lose their father, Hana packs up their life and moves them out to the countryside. Here, Hana lets them decide who they want to be: a wolf or a human.

This follows the story of Yuki, who enjoys her time at school, and her brother Ame who finds himself drawn to the forest. 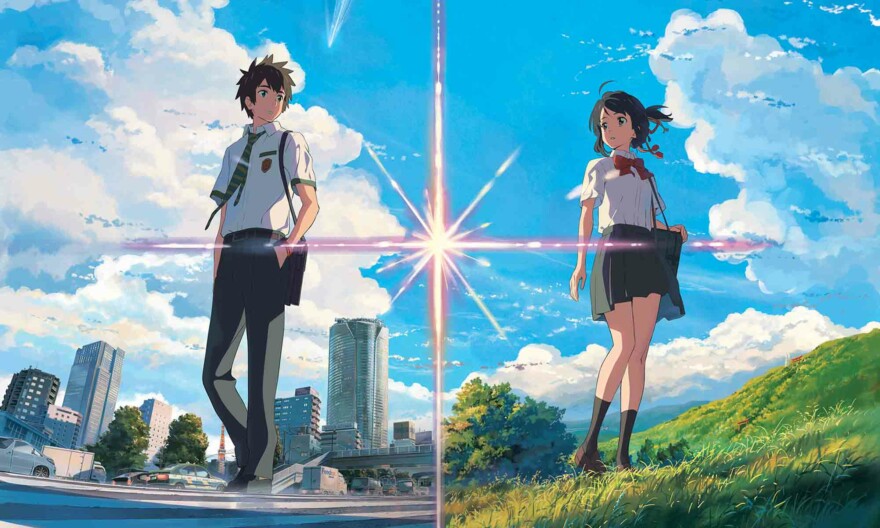 Mitsuha Miyamizu and Taki Tachibana have nothing in common. Mitsuha lives in a small town working at her family’s shrine, and Taki is a waiter and high schooler in the busy city of Tokyo.

Suddenly, the two of them will learn their different lives all too well. Unexpectedly, Mitsuha and Taki start swapping bodies!

Trying to not ruin each other’s lives, Mitsuha and Taki are confused why they keep swapping places—until they suddenly stop and Taki goes on a journey to find Mitsuha!

However, the truth of her whereabouts might be more than Taki’s willing to handle.