The Dark Knight is one of the most beloved jobs in the Final Fantasy universe. Dark Knight is a very close second place on the “I’m changing my main when this comes out!” scale of job popularity. A critical, valid metric I just made up. Red Mage holds the top spot.

Dark Knight has sleek, dark (duh) effects on their abilities that are very pleasing to look at. But, aesthetically speaking, it is my favorite tank by a mile.

I remember Dark Knight from Final Fantasy XI, the MMO that opened the door for XIV. There, Dark Knight was a fearsome DD (that’s XI-speak for DPS) who could lower their defense and consumer their HP for more damage.

In FFXIV, the Dark Knight is a tank; That’s cool too.

How to Unlock DRK

Being released with the Heavensward expansion, the Dark Knight questline begins in Ishgard. This means you’ll need the expansion purchased and Main Scenario Quests completed up until the Warrior of Light (You!) arrives in the city.

Unlike the original A Realm Reborn jobs, the Dark Knight does not build off an existing adventurer class like conjurer or gladiator.

Square Enix scrapped the entire class-to-job system after the release of Ninja and Rogue. This makes sense since they never did anything with that system, anyway. (Besides Summoner and Scholar, which really feels more like an afterthought.) 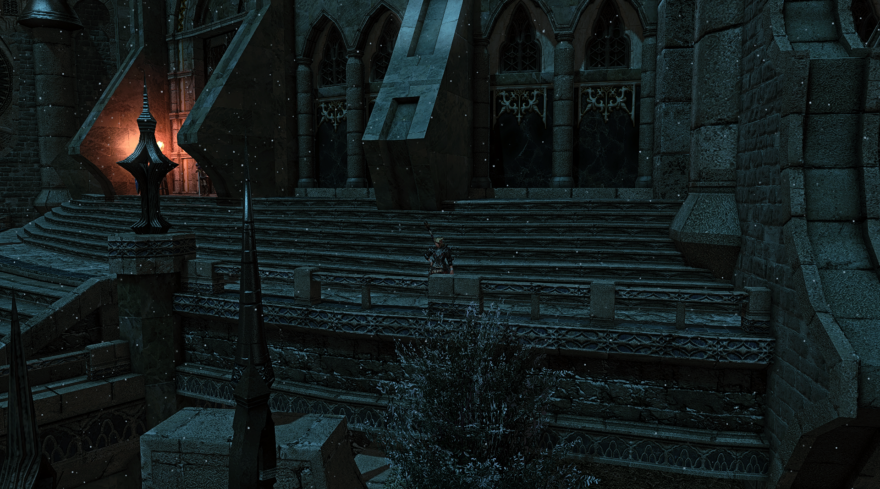 Unlocking Dark Knight starts with the unassuming Ishgardian Citizen in the second-best section of Ishgard, The Pillars (13X 8Y). He’ll give you the quest “A Dark Spectacle.”

After speaking with the citizen further, “A Dark Spectacle” will complete, and you’ll be able to accept the new quest “Our End” from them.

To find the new quest marker quickly, teleport to The Brume section of Ishgard before trying to read your map. Just a little quality of life tip.

After a cutscene and a set of dialogue, blamo, you’re done. You can now equip a greatsword and the Dark Knight job stone.

Hot Tip: Pay attention to the story of this one, guys. As you level the job, there will be more quests.

In addition to the Soul of the Dark Knight job stone, you’ll receive your first weapon, the Steel Claymore, a Steel Cuirass body piece, and Padded Velveteen Trousers for your legs.

If Dark Knight is your first expansion job, you’ll be pleased to learn that it starts at level 30. This is a nice jump over a level range that can be irritating. To that point, please find some basic gear for your new job before you hop in a dungeon where three players will expect you to protect them. 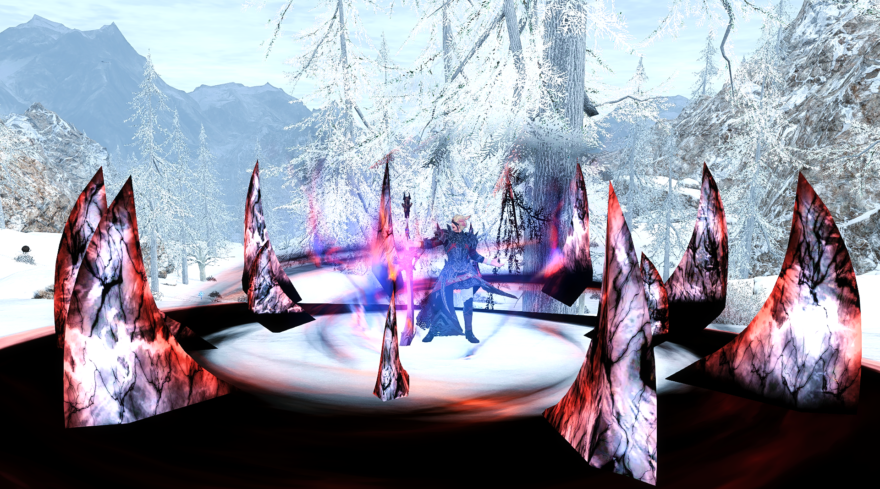 Your AoE attack and enmity generation ability is called Unleash. This makes a ring of dark spikes centered around youerupt from the ground. If you are a couple of yalms from your enemy, the ability will not hit them.

Your target does not matter for Unleash. It always centers you. Keeping this simple fact in mind makes you stand out among other starter tanks.

As with the other jobs, your AoE attacks become optimal at three or more targets.

Use Your Damage Mitigation 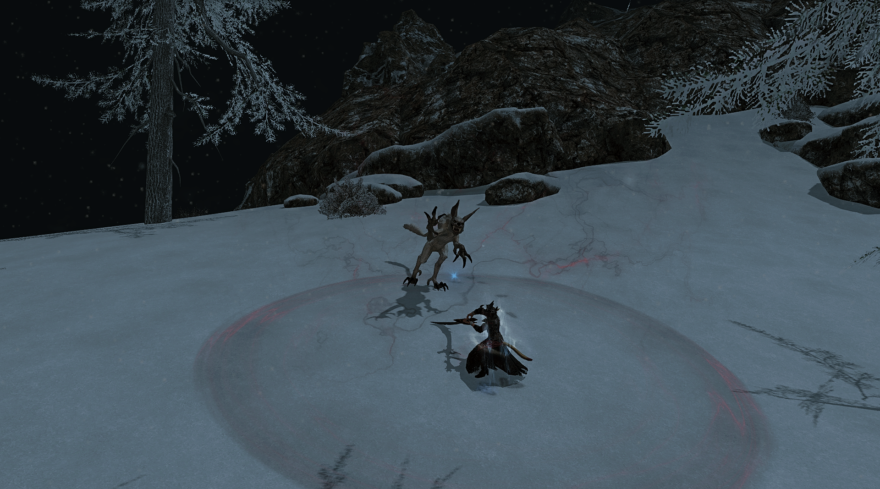 I have to include this so I can sleep at night. Don’t hesitate to use your damage mitigating abilities as a new tank. Their timers are not as long as you think. Use them on trash pulls, use them on bosses, use them standing in town.

It’s worse to leave them unused for most of a duty than to save them for an emergency that never comes.

Get into the habit of facing enemies away from your party while making them gather tightly. This makes it easier for the DPS and Healers do their AoE rotations and avoid damage. It doesn’t always matter, but it is always free and not optional. Thank you!

I hope I was able to help you figure out how to unlock Dark Knight in FFXIV and set you up for a productive path as a tank. Happy brooding, you edge, lord you.