The long-awaited Part 2 of The Last of Us has finally hit the Playstation 4, and while fans of the original game might be used to the gameplay, some things have changed.

Here we outline our top tips for not only surviving but thriving in Naughty Dog’s latest offering.

Some people might be fans of excruciating difficulty, and the Dark Souls feel of continuously trying and failing. Others, myself included, prefer to play at Moderate difficulty, which means you should complete the game in 35-40 hours depending on your skill and how thorough you are.

The Last of Us 2 also has custom difficulty and accessibility settings. This means you can tweak the enemy A.I.’s level of awareness, how many resources you can find, the damage you take in combat, and how useful allies are in combat situations. It’s best to start off with the Moderate difficulty and then tweak individual settings as you go along to suit your style.

Always Be Searching and Looting

As with its predecessor, looting is a major part of The Last of Us 2 experience. Always be on the lookout for drawers or cupboards to open and scan your environment for rusty cars and abandoned buildings.

There are plenty of supplies and ammo to be found in the big bad world. Just remember that loot levels are correlated with your game difficulty and can be tweaked.

For the perfectionists out there who can’t cope with the idea of missing a collectible in the game, there are two features that will really help. If you turn on high contrast mode and enhanced listen mode in the accessibility settings, it will highlight objects you can interact with and also give off a ping sound when you’re close to a collectible.

Proning in this game is something you should really do a lot. Not only that, it will increase your accuracy by a significant margin, but you’ll also be able to sneak past through enemies who will normally detect you even while crouching.

It’s also worth noting that proning is very useful if you’re trying to be a completionist in this game since most of the beds are almost always filled with munitions and trophy collectibles. It goes hand-in-hand with enhanced listening mode as well, so be sure to use them more often.

Prone dodge/diving is a new feature that was recently added to the game. It’s a move that’s made by holding the circle button while running to make you sort of “dive” into prone mode (think of bullet time dive in Max Payne games).

It’s a very helpful move that allows you to basically just avoid shots or attacks and be able to do a counterattack by aiming down your weapon or throwing something else. It’s very useful if you’re gunning down multiple enemies at once.

Bricks and molotovs (and bottles) are your bread and butter when it comes to most encounters. Clickers and Runners aren’t always isolated in areas. Usually, they are almost always a few meters away from each other, so loud noises will always alert them.

In almost every mode, especially in Survivor, ammunition isn’t an abundant resource. You certainly would want to minimize your ammo usage by throwing bricks to distract your foes.

A pro tip is to use molotov cocktails and throw them in an area that is near a group of infected. It will attract their attention and burn them to a crisp since they tend to wander in the noise area while traipsing over the flames.

Vending machines are a thing of the past, so what you’re gonna do is smash through them with your melee weapon (don’t waste bullets) to get items hidden behind the glass covers.

Apparently, Naughty Dog hid many items behind glass sheets, and the game wouldn’t tell you that outright unless you’re using the enhanced listening mode.

For every completionist and hardcore players, it is a must. For casual, well, you can miss a few of them, but it’s handy to check fridges, vending machines, or anything with glass, really. Just be careful not to smash them if you haven’t cleared the area yet. 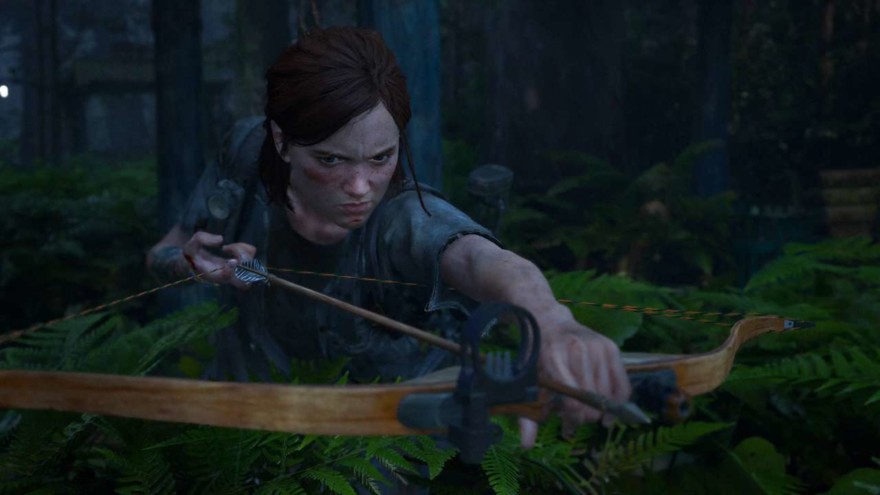 Grab: The Art of Subduing

Usually, you’ll use this to pick out enemies one by one via stealth grab then meleeing your way through their necks, but did you know?

You can grab your enemies as hostages and use them as meat shields when up against multiple enemies? The A.I.s wouldn’t outright shoot their friend, much like in real life, but you’re not their friend so you can eliminate your enemies one by one by using their allies as your human bullet sponge.

Furthermore, you can grab one of those annoying Runners by throwing a brick on their faces then grabbing them. Lure any Clicker in the area and when it’s about to attack, let go or push the hostage onto them, making them eat their own kind.

They’re blind, but they’ll eat anyone with rich protein, which apparently, is still in a Runner’s body.

The Last of Us 2’s characters Ellie and Abby are both agile and pretty fast with their movesets, especially when compared to Joel himself, which is a lot slower than them.

Anyway, practicing your dodge and evade moves are crucial to your survival in the world, especially when you’re caught off guard or dealing with multiple enemies both in long and close range. Naughty Dog made it possible for you to dodge attacks, even bullets, but it doesn’t work every time.

There are certain instances where you should be able to dodge in order to avoid gunfire:

Relocating after each shot is also one of the things you should do. The A.I.s in The Last of Us 2 isn’t going to sit idly and shoot you from a scripted cover. Some will flank on your position (similar to F.E.A.R. 2) and compromise your location.

If the dogs are still on the leash with their master, you can just eliminate the master, and the dogs wouldn’t attack you because they’ll be busy mourning their masters.

But of course, if they ever sensed your presence and scent, it’s handy to use your listen mode and leave a trap to where the dog is going (obviously, in your direction), and relocate to another position.

There are currently 12 Training Manuals in the game, and you’re going to miss them if you aren’t paying attention. Remember to use your enhanced listening mode to help you navigate around the environment and find these collectibles.

They are vital for your survival in the game, and they’re easy to miss, especially if you aren’t the type to explore areas. Be sure to watch out for visual cues that you’re leaving a certain area. You wouldn’t be able to get those manuals if you missed them.

When it comes to upgrading, it is important to know your playstyle. Stealth plays a big role in your success in The Last of Us 2. You’re not some cowboy-shooting, gun-blazing protagonist, so it’s important to allot your points in skill upgrades that are most efficient in combat and gameplay.

Skills from Survival and Stealth are your primary focus for your characters, especially Survivor, where every type of resources counts.

I think that’s pretty much it for the Top 10 Tips and Tricks for The Last of Us 2. I hope you enjoyed this guide, and you find it handy in exploring Seattle. There’s a lot more to cover in this game, so be sure to explore them.

It may take some time to unlock a lot of the game’s content since there’s probably a ton of them hidden in the game that even the enhanced listen mode can’t detect.