Some stories just really stick with you because of how good they are. Some of these story arcs are instant classics from its unique plot, cool animation, good pacing, and a great ending.

We’ve gathered the best arcs in anime history ever. Check them out below! 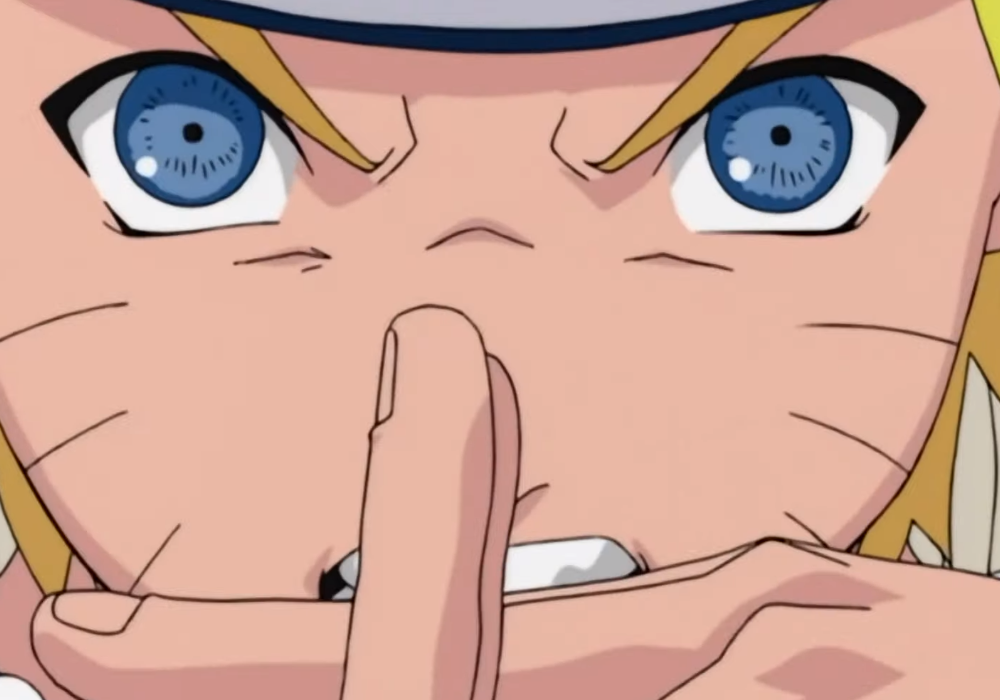 Let’s start this list with a classic! The Chunin Exams is a unique take on the typical shounen tournament arc. In it, the characters are tested to determine if they have what it takes to be a ninja.

During this arc, we get to know more of our young ninjas. We see their personal arcs, their relationship with each other, and their fighting skills.

The arc is filled with excellent combat and animation. Notable fights are Neji vs. Hinata, Shikamaru vs. Temari, and Rock Lee vs. Gaara.

Oh, and we get to see Orochimaru for the first time! 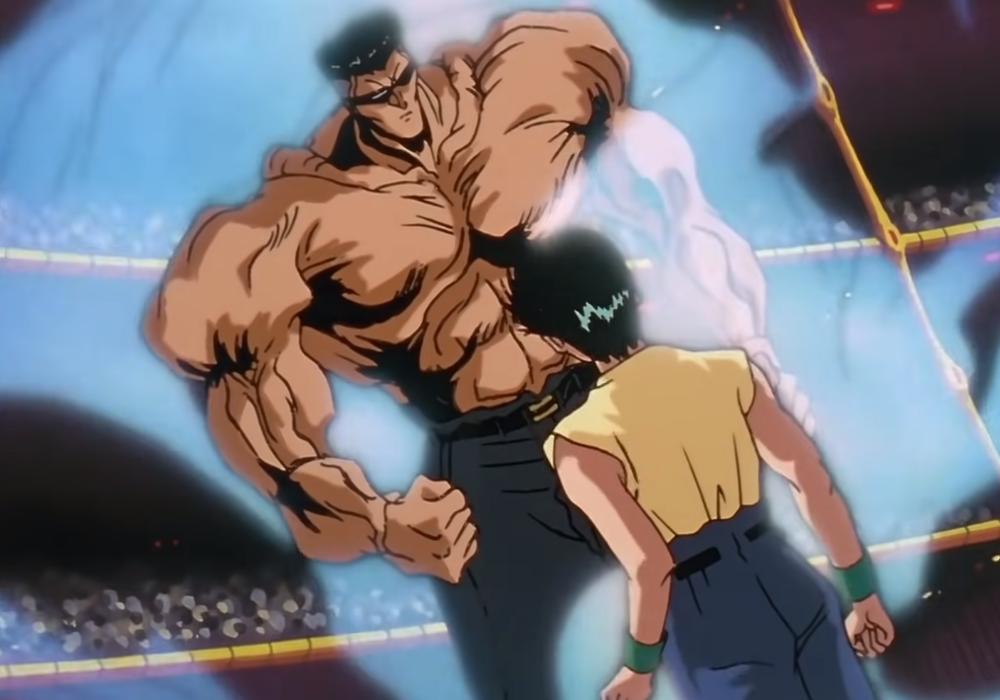 If you’re an avid shounen show fan, then you know about tournament tropes. Yuyu Hakusho is a classic when it comes to tournament arcs and shounen in general.

Yusuke and friends get roped to join the Dark Tournament, an underground martial arts tournament by human crime lords and the evilest demons.

The arc has awesome fights, like the battle with Toguro brothers, and twists, such as how Yusuke’s master regained her youth but masked her identity and was actually in a relationship with one of the Toguro bros! 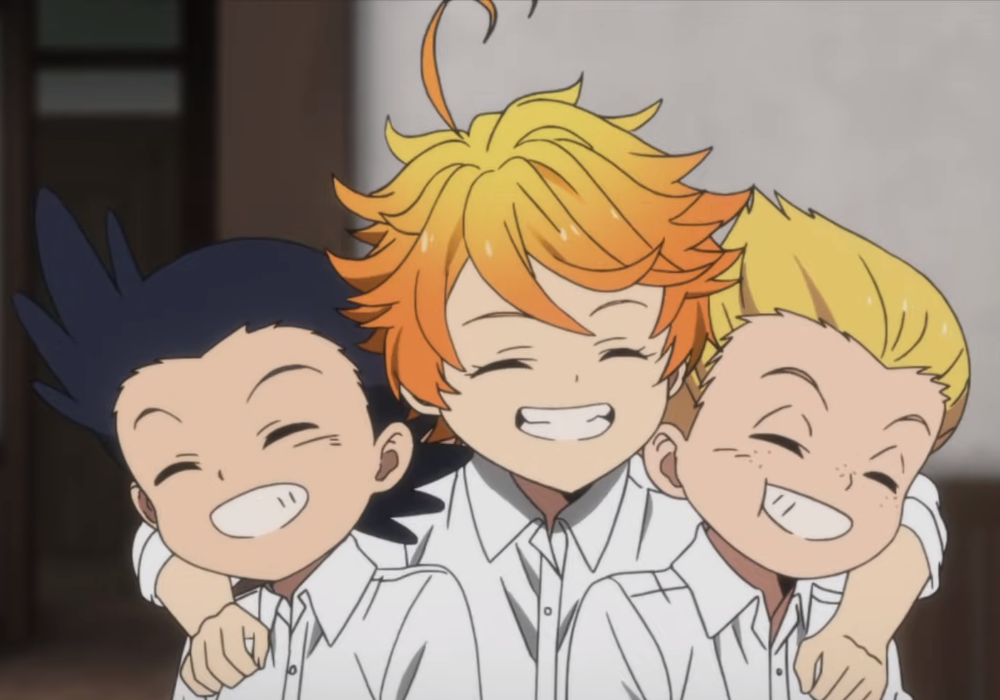 The kids at Grace Field House seemed like they had everything they could hope for. Although they were orphans, they were well taken care of.

They have gourmet food, clean clothes, and a comfortable home. They will even be shipped out to live with foster families.

They can’t shake the feeling that something’s not right with their orphanage, though.

Their reality comes crashing down when they find out that their orphanage is a human farm for demons. Kids who are shipped out are actually butchered.

In this arc, the main characters, Emma, Norman, and Ray, plan their escape.

It’s a whirlwind of an arc, with a betrayal from Ray, Norman getting shipped, their caretaker Mama breaking Emma’s leg, and Ray attempting suicide by burning himself.

Yeah, it gets pretty dark.

It ends with a revelation that Mama was once a kid at the orphanage too. To top that off, she got pregnant, and her kid is actually Ray.

Whew, what an arc! 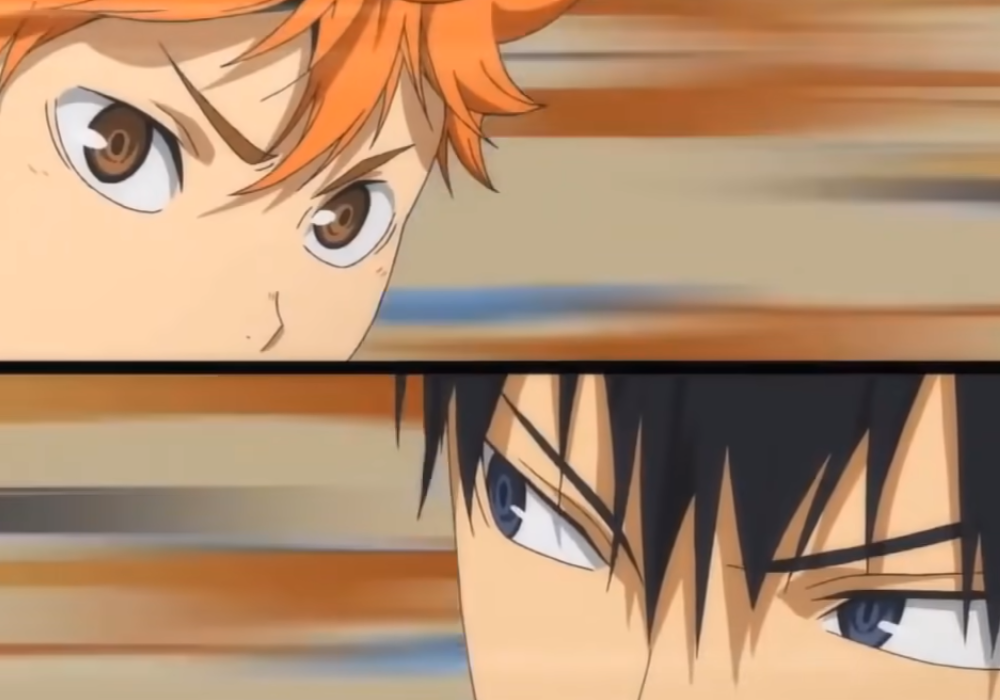 Sports anime can get pretty hype. Will the underdog team win? Will we see teamwork? It’s all so exciting, and Haikyuu delivers this pretty well.

In the last arc of the first season, we see Karasuno climb up the Interhigh Tournament.

They defeat Tokonami for qualifiers, then get over Date Tech’s Iron Wall.

Then comes the rematch with Aoba Johsai. Kageyama loses his cool but snaps out of it, thanks to Suga. Karasuno ferociously fights back, but in the end, they lose against Oikawa.

It’s an emotional end that helps the team grow. 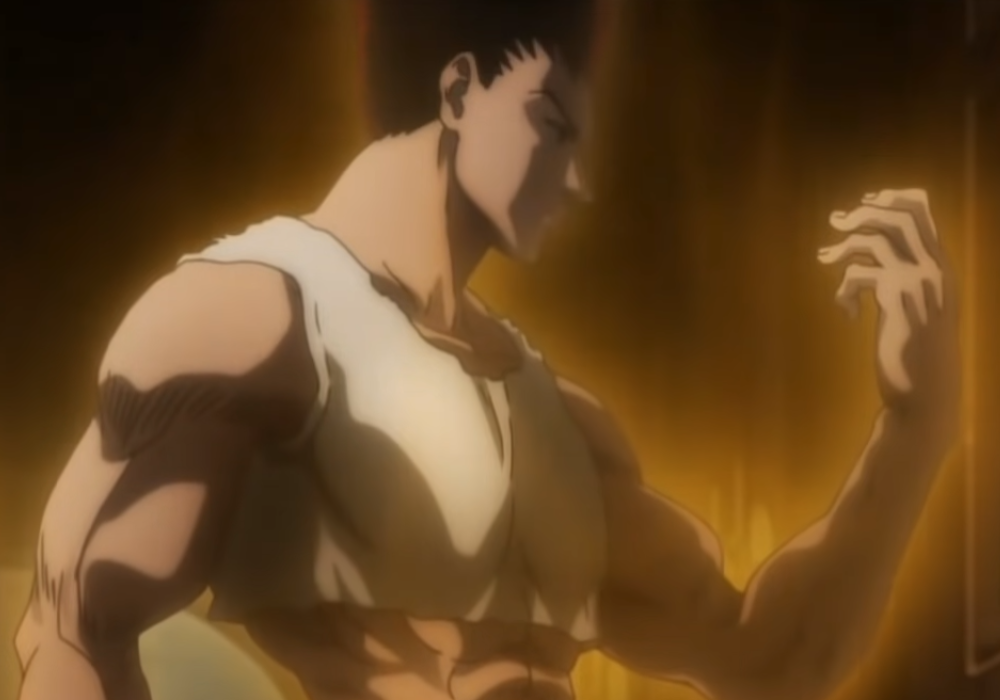 To give birth to a king, the Chimera Ant Queen ends up feasting on humans for nutrition. This, in turn, makes her give birth to human hybrids who wreak havoc for their king.

The king wants to rule the world with hybrid humanoids and get rid of humans. But in a heartwarming twist, he learns compassion from a blind girl.

His Royal Guards won’t let him change, however, and they end up killing some important hunters and even critically injure Gon.

The Chimera Ant arc is an unforgettable journey in HxH’s world and is filled with memorable fights, shocking deaths, and gruesome scenes. 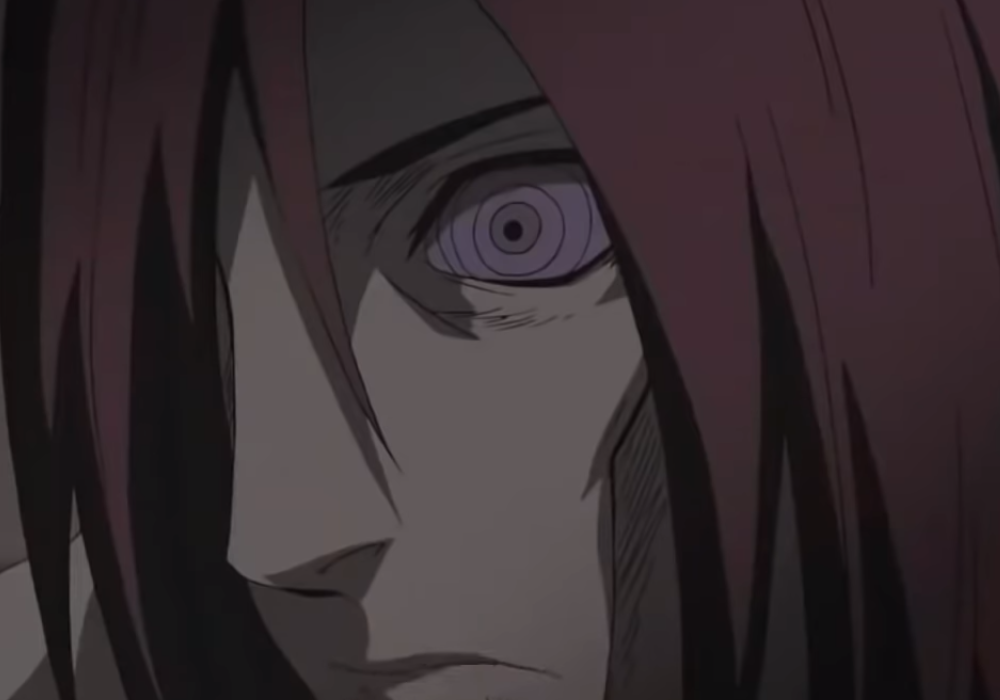 As a kid, Pain and his friends saw the suffering brought by war. Promising to end it, he planned to control all tailed beasts and distribute the power to everyone to make villages equal.

But to make this plan possible, he had to get Naruto. Naruto trains and powers up.

He gets help from his comrades (and even gets a love confession!) and ultimately defeats Pain.

You can consider this as Naruto’s coming-of-age arc, where he changes his main goal of wanting to be acknowledged to bring peace to the world. 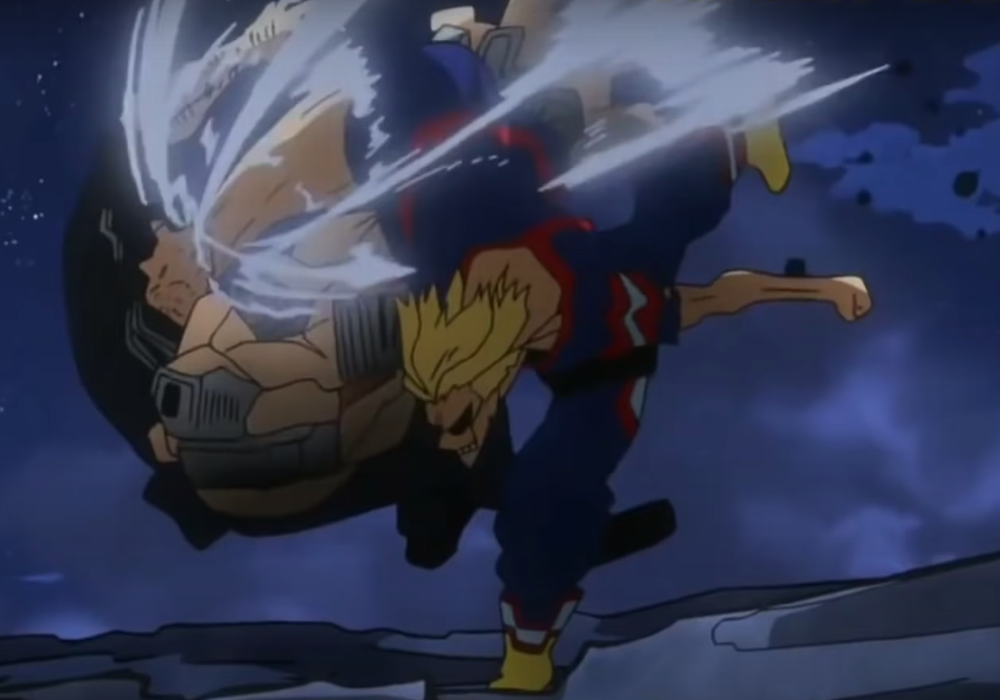 What starts out as a seemingly peaceful summer camp ends in a fight of a lifetime in MHA’s world of heroes.

The League of Villains kidnaps Bakugou, their mastermind gets revealed, and All Might gets in a very compromised and dangerous situation.

The highlights of this arc are the student heroes working together to save Bakugou, Bakugou being a die-hard All Might fan and revealing he’s totally with the good guys and All Might’s dramatic fight with All For One.

8. Courtesan of a Nation (Gintama) 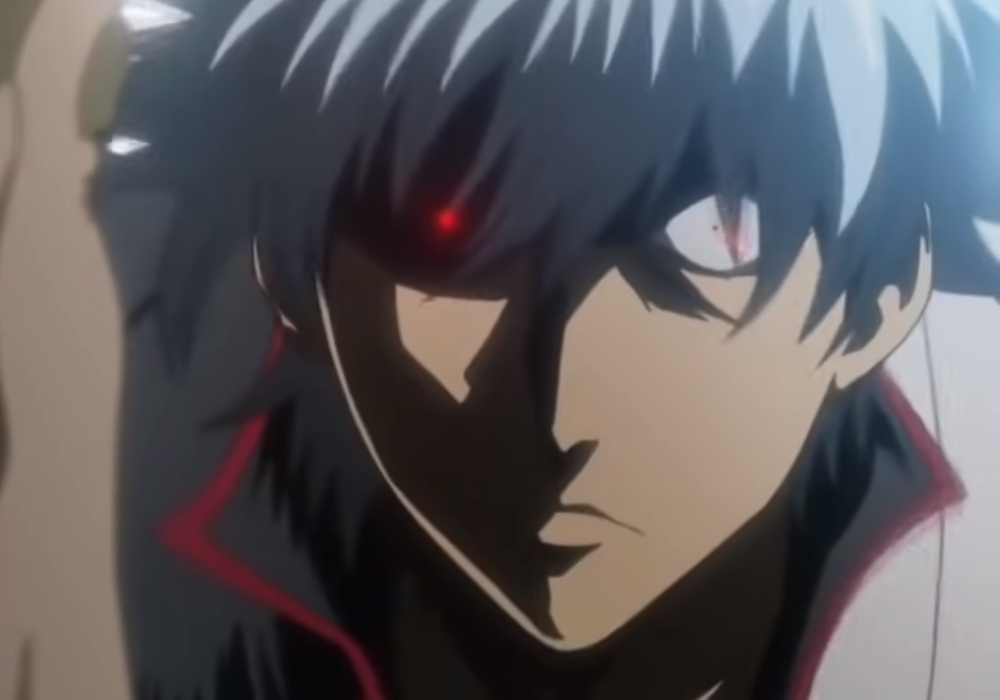 Gintama is known for its goofy jokes and silliness, but it also knows how to deliver gut punches to the heart.

To reward him for his heroic deeds, Gintoki is invited to meet a legendary courtesan who turns out to be an old lady.

A disappointed Gin wonders why she’s still working despite her age, and he finds out that she is bound to a promise to wait for her lover.

Curious, Gin and friends try to find this mystery man. What they end up uncovering are heartbreak, political matters that reshape the show, and Gin’s troubled past.

In this arc, you see Gintama at its finest – humor, surprises, compelling plot, and waterworks-inducing development. 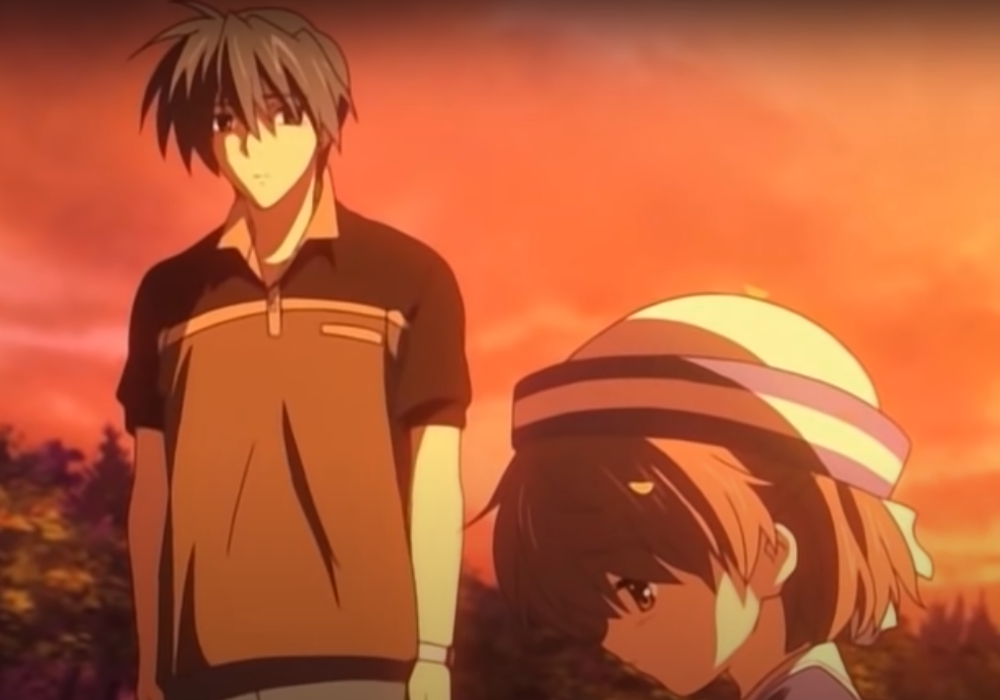 If you think Clannad was sad, then brace for more tears when you head to After Story. In it, Tomoya grapples with Nagisa’s death to the point that he can’t even look at their kid.

Tomoya goes through an emotional journey of reconnecting with his estranged father, as well as facing his sick young daughter.

Through love, hope, and magic, he is given another chance and gets his family back, who he dearly loves with his whole heart. 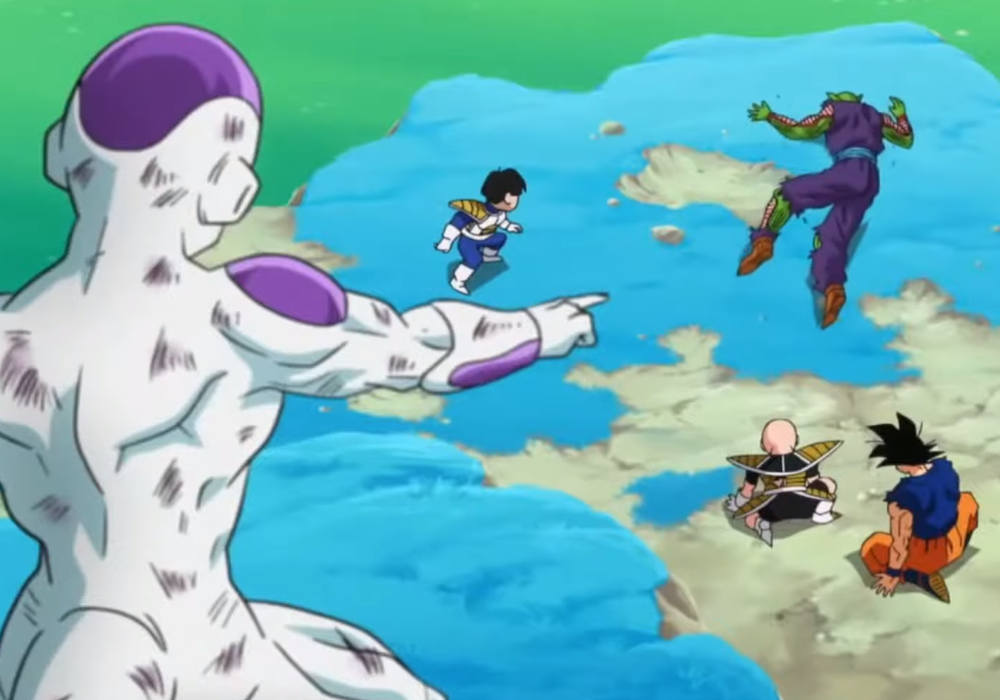 When it comes to arcs, you have to include DBZ’s Frieza Saga. Not only was it iconic in the shounen genre and anime sphere in general, we get to see one of the best villains in anime history.

Frieza, a heartless space dictator, wants to get the Dragon Balls and rule the universe. Goku and his heroic gang try to stop him, and it culminates in a planet-shattering fight! 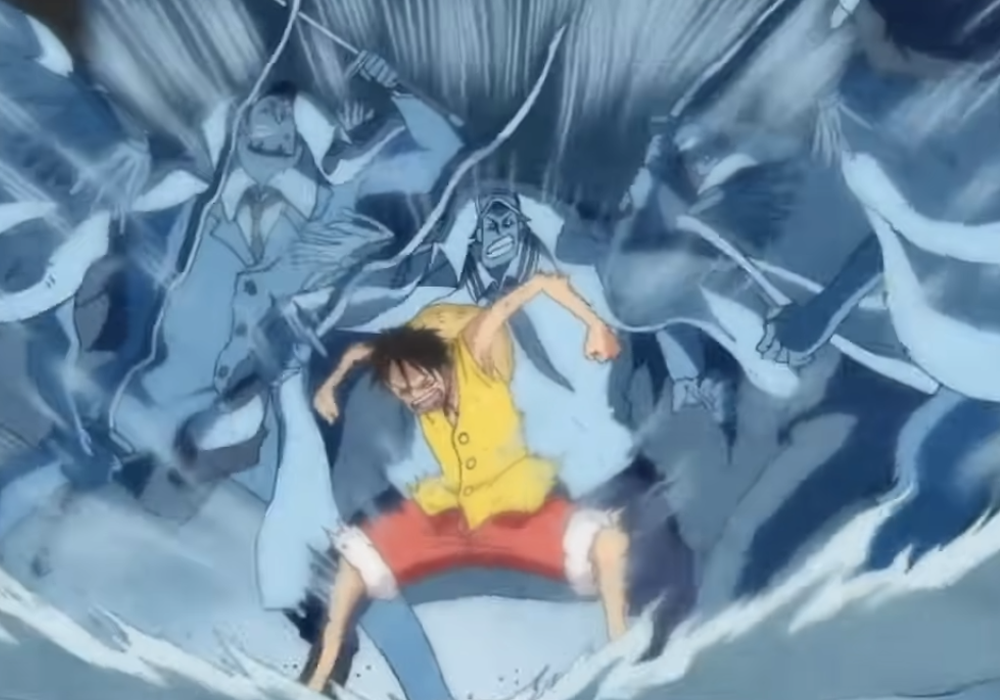 What starts as a rescue mission for Ace sends Luffy and his friends into fierce battles against the mightiest foes the series has seen yet.

The Marines want to execute Ace as an example for pirates everywhere, but Luffy tries to stop them with all his might.

Surprising twists get revealed in this arc, like how Ace is the son of One Piece owner and legendary pirate Gol D. Roger, and Luffy’s father is the “World’s Worst Criminal” Monkey D. Dragon.

It also shows Ace’s relationship with his captain-father, Whitebeard.

In the end, the rescue mission ends in heartbreak, and the show sees its first major deaths. It sure shook a lot of One Piece fans! 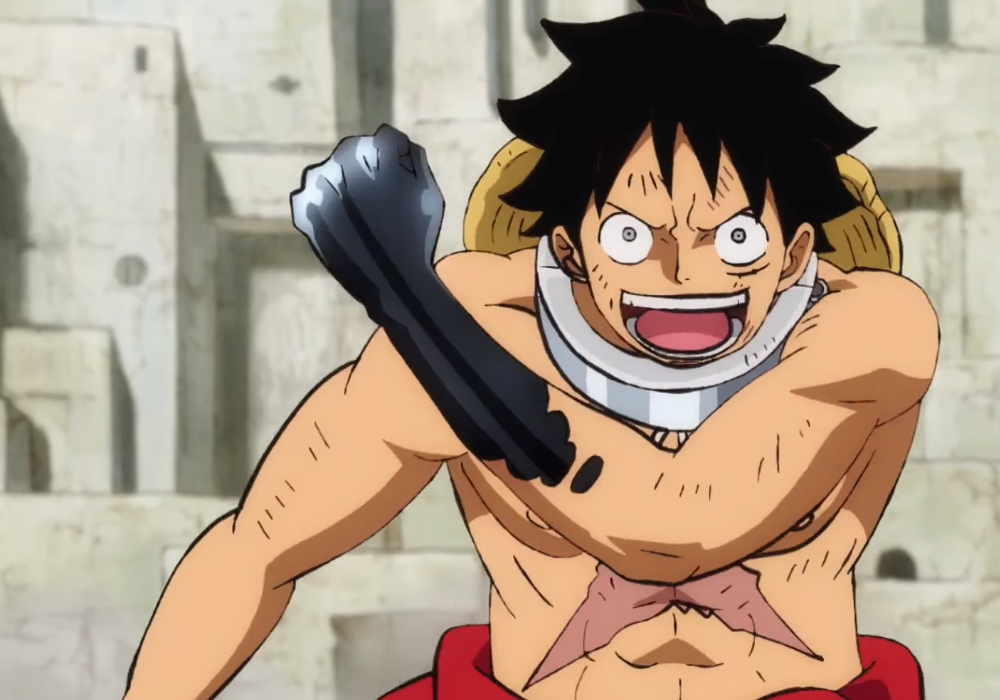 The arc shows our heroes fight against Kaidou, an Emperor of the Sea and a tyrant over Wano Country.

You see a lot of surprising lore revealed, like Zoan fruits, more Haki users, World Government secrets, time-traveling, Joy Boy title, and the possibility of One Piece being nearby.

It’s currently the longest arc in One Piece history, spanning hundreds of chapters and years in the making. 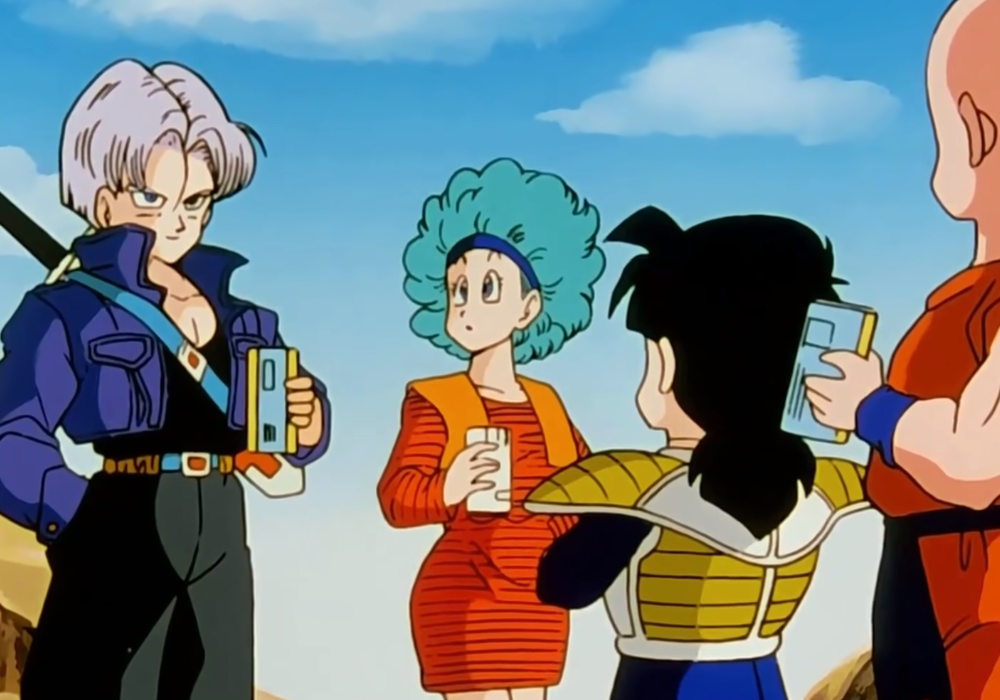 This arc immediately starts with a bang. Their formidable foe, Frieza, comes back to Earth but is immediately sliced by a stranger.

Who is this scarily strong guy? And why does he look familiar?

Turns out he’s from the future, and he’s there to warn our heroes of the catastrophic time ahead of them.

This amazing saga leads to other great arcs, like the Android Saga and Cell Saga. 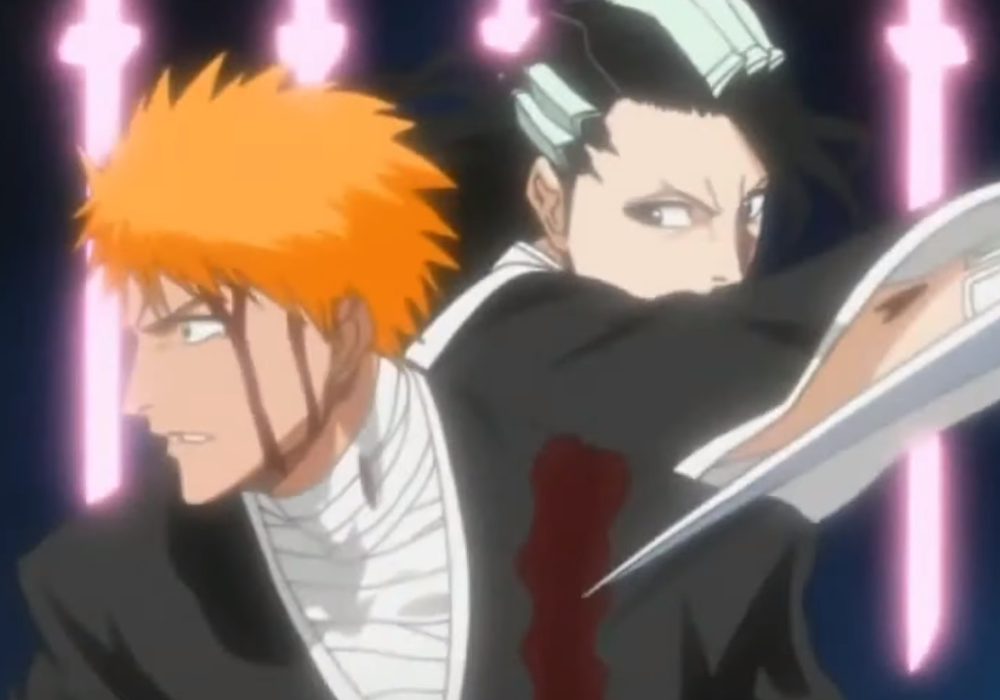 Ichigo and his pals are willing to go to Soul Society to save their friend Rukia, who is accused of a crime and will be executed soon.

But there seems to be a conspiracy and someone pulling the strings for this to happen.

Along the way, Ichigo meets new companions and undergoes training to fight the Soul Reapers that stand in his way, particularly Rukia’s powerful brother, Byakuya.

Amidst this, a seemingly kind Soul Reaper captain gets caught in the crossfire of Rukia’s suspicious arrest and the in-fighting in Soul Society.

This arc culminates when this captain, Sousuke Aizen, gets murdered, and his body is put up on a tower for everyone to see. 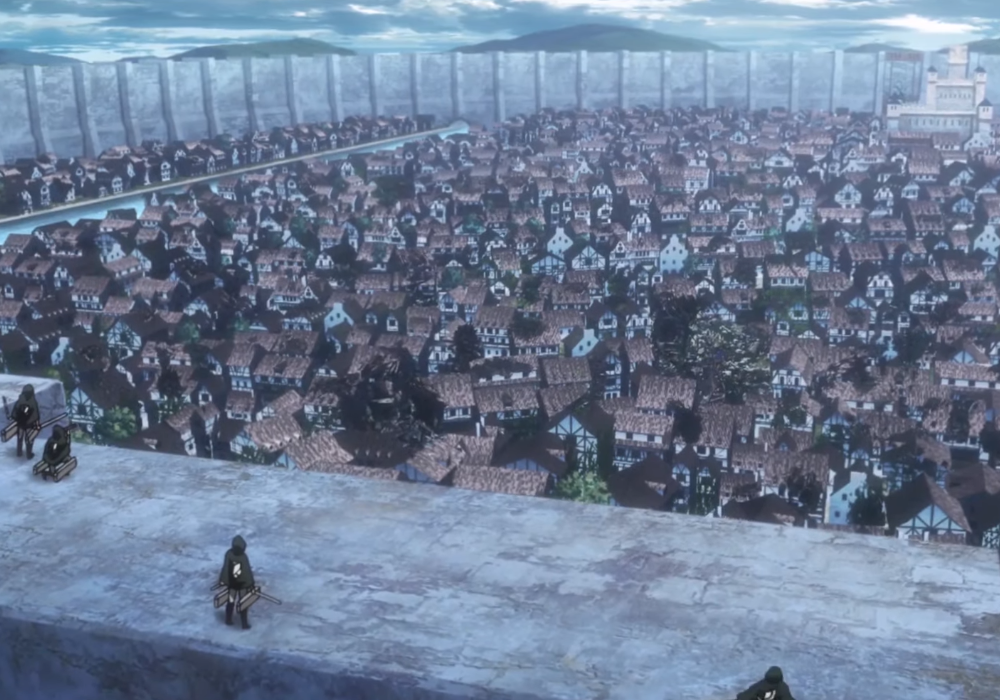 And for the creme de la creme of all anime arcs in our list, we have Attack on Titan’s Return to Shiganshina Arc!

This arc has it all. It has intense battles – both physical and emotional, moral dilemmas, heartbreaking deaths, and the awaited conclusion of the basement mystery of the show.

With peace restored in the kingdom, the Scout Regiment decides to take back Shiganshina.

But what awaited them was Zeke’s cruel plan of trapping them inside the desolated city.

Reiner surprises them by hiding inside one of the walls. Beast Titan Zeke corners them by transforming people into titans and blocking their only exit.

Bertholdt comes barreling down on them to transform into the Colossal Titan. In a nutshell, chaos.