Feeling the anime blues? We’re here to cure you with our anime article, stat!

Here are the best anime doctors. From goofs like Barazo and the adorable Recovery Girl to mysterious physicians like Grisha Jaeger and Black Jack – we’ve got your anime cure right here. 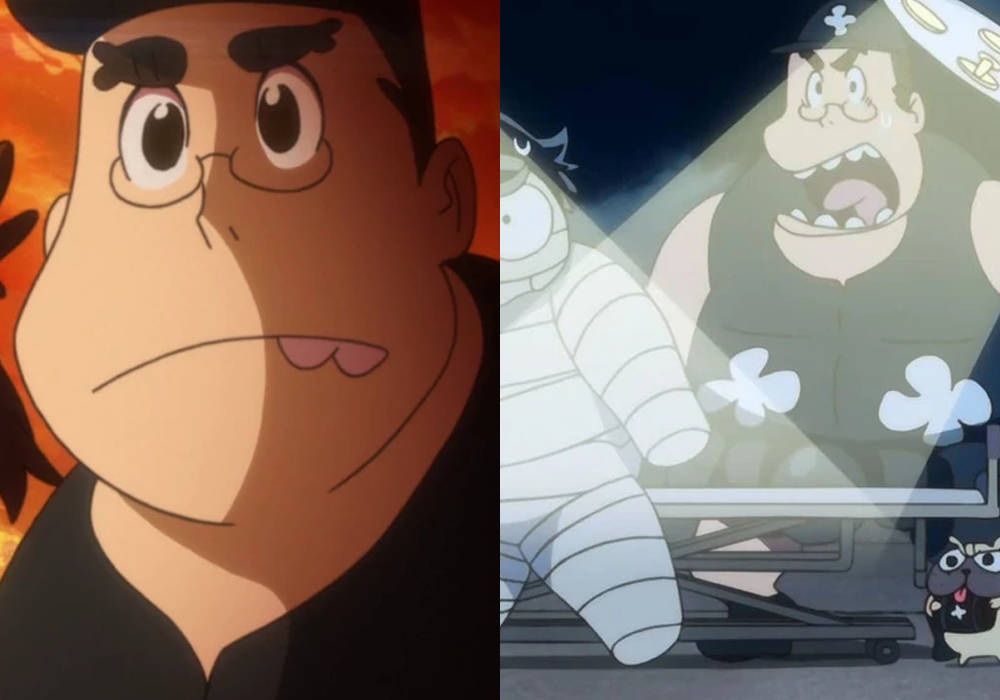 Let’s start this list with this jolly albeit dubious doctor from Kill la Kill – Barazo Mankanshokou.

He’s quite cheerful and loves to eat. When asked about her daughter’s traitorous behavior, he simply responded that he wanted to know how she was and whether the festival would be catered to.

Can’t fault a doctor for his love for food!

Doctor-wise, his skills can be quite…suspect. He joked that as a back-alley doctor, he has killed more patients than he has saved! 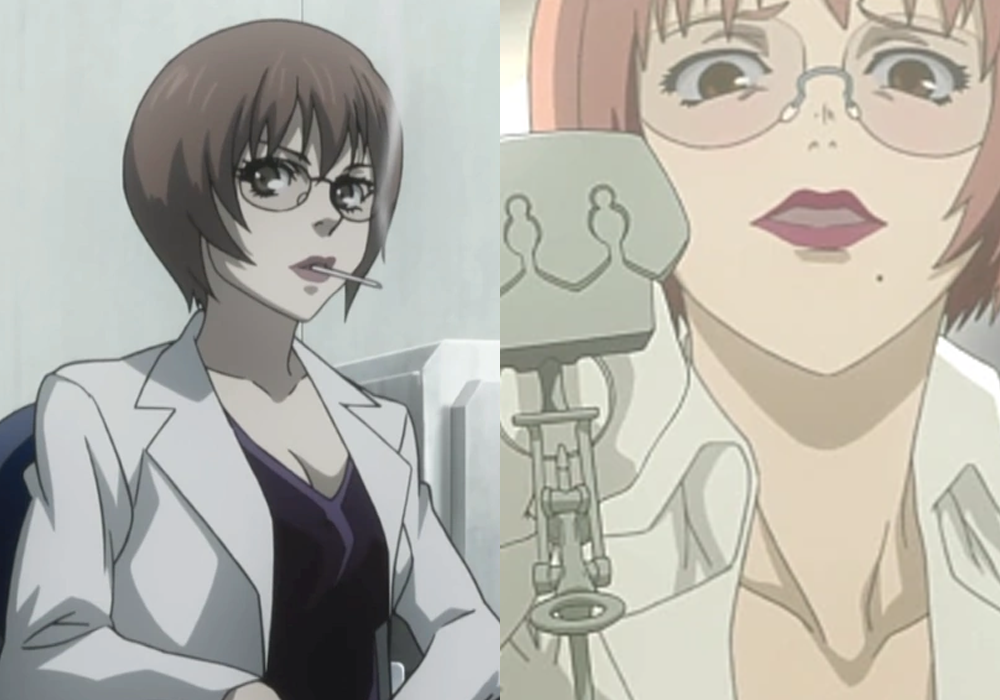 Rei Takashima is the prison doctor of Deadman Wonderland. She might seem calm, collected, and caring at first, but she hides a sinister side.

Rei enjoys removing the body parts of Deadmen. Removing a non-regenerative organ is even a highlight for her! If she can’t do any of these things, she throws a fit. 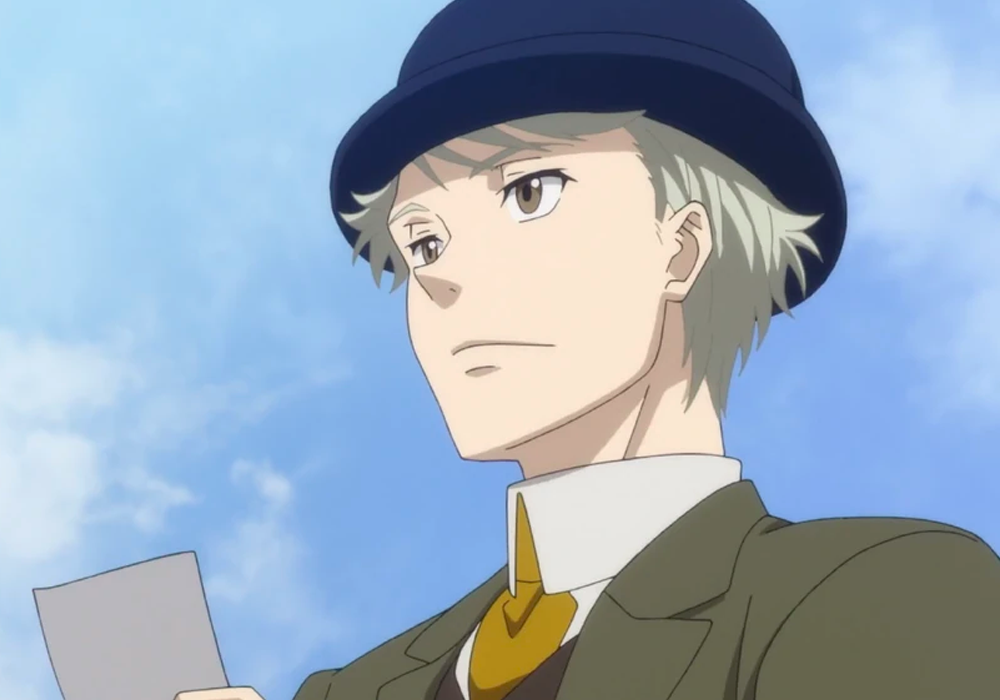 Yep, one of the most popular literary doctors gets an anime version!

In Moriarty the Patriot, John H. Watson is still the assistant and close friend of Sherlock Holmes. Upon meeting Sherlock for the first time, his doctor reflexes quickly kicked in.

Sherlock was lying in a pool of blood, seemingly unconscious! But it turns out the eccentric detective was just testing out a new agent that only reacts to blood.

Whew, crisis averted, or so John thought. Shortly after, Sherlock gets arrested, and John gets to see his first investigation with the great Sherlock Holmes. 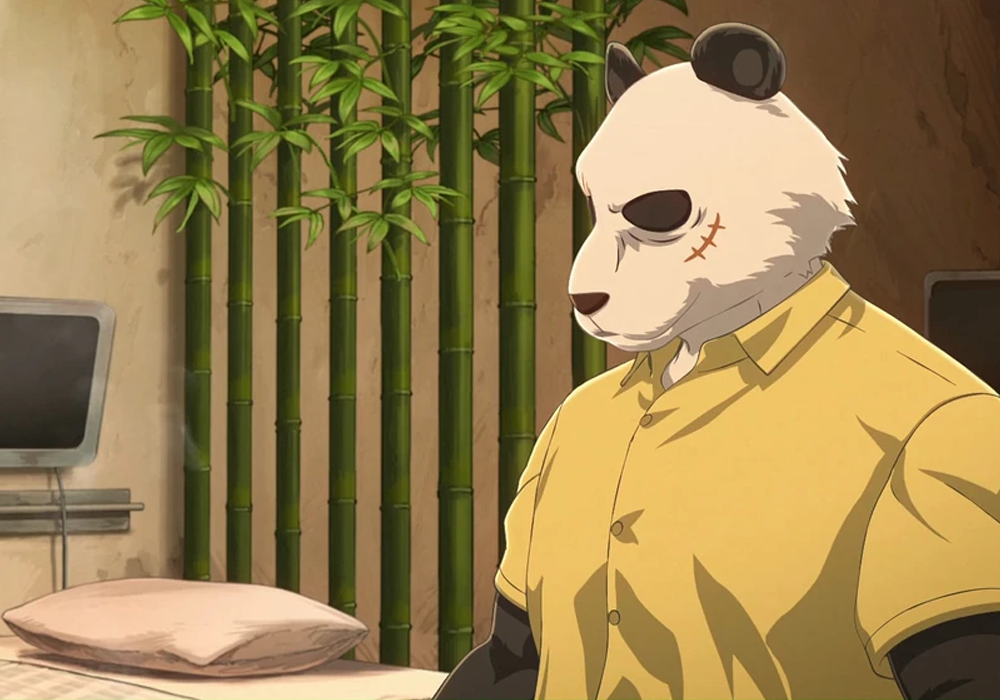 In the world of Beastars, where carnivores and herbivores actually coexist like people, Gohin works as a doctor and therapist to help carnivores manage their carnivorous feelings.

He has a strict, no-nonsense attitude, although he knows how to insert humor when dealing with his patients.

He helps Legoshi with his feelings but doesn’t hesitate to tell him off whenever he gets risky. Gohin’s the kind of doctor who has your back, and he has a crossbow too! 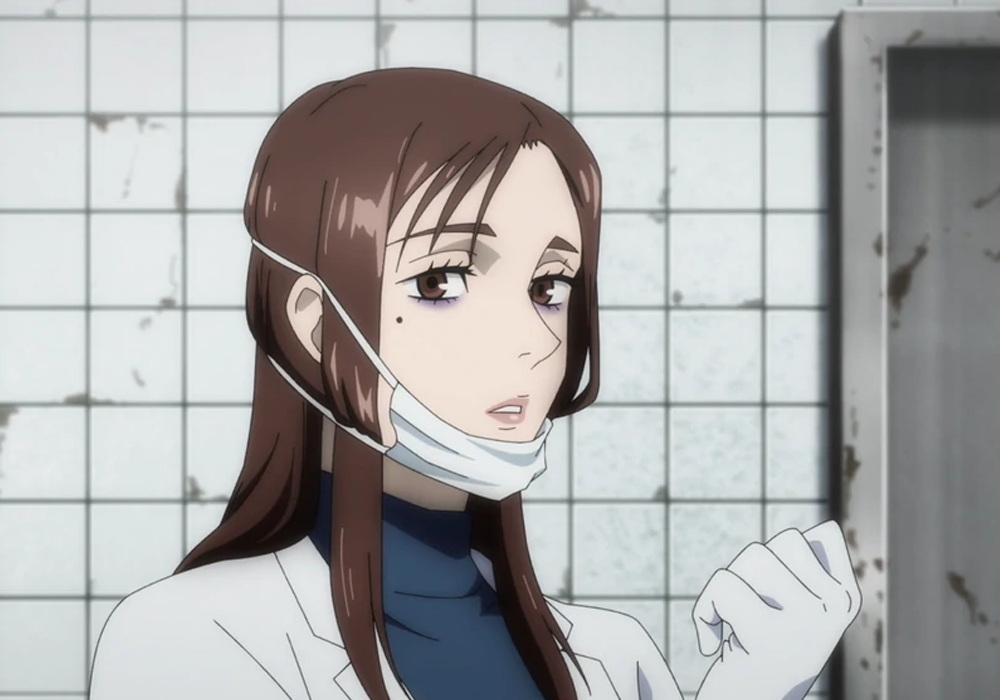 Speaking of no-nonsense doctors, Shoko is definitely one.

She might seem calm and stoic, but she gets driven and dedicated when presented with work.

As the school doctor of Tokyo Jujutsu High, she knows what her doctor’s work entails. A sorcerer’s job is a dangerous one, so death is always a possibility, but Shoko knows how to distance her personal feelings when doing her job.

Shoko is responsible for doing autopsies. The first time she showed up, she was about to do an autopsy on Yuji!

Satoru was sad over Yuji’s death, but it felt like a normal Tuesday afternoon for Shoko. 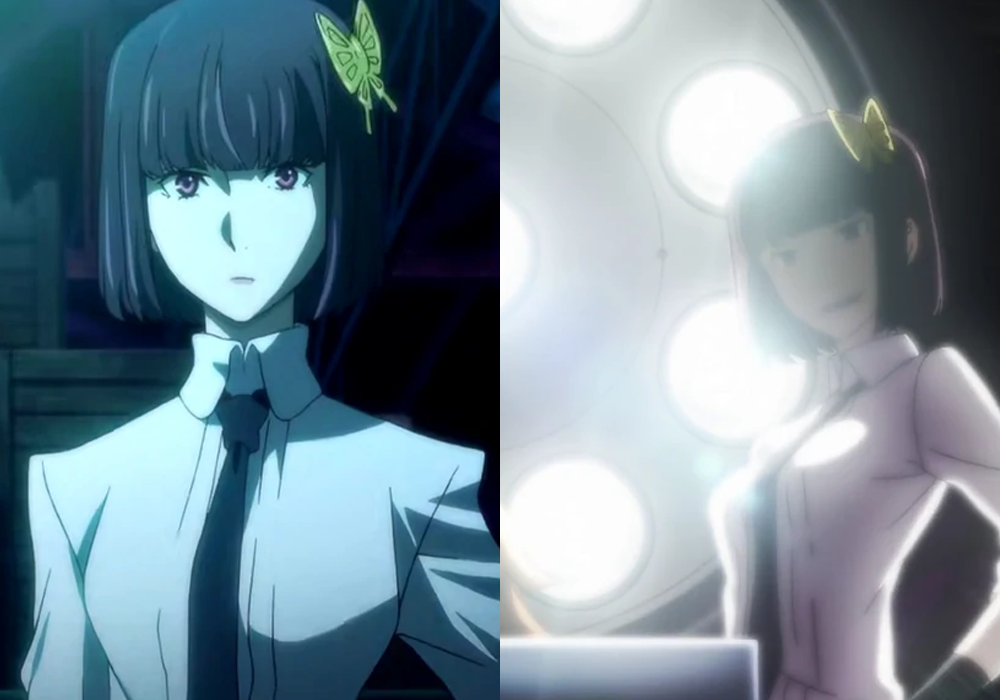 A team always needs a medic. For the Armed Detective Agency, Akiko is their group’s physician.

Akiko is a brilliant and capable doctor, and anyone who doubts, belittles, and insults her shall definitely feel her wrath. Maybe even her scalpel.

She is very proud of her capabilities, both as a woman and a doctor. She is usually a calm and composed individual, but her sadistic side shows up when angered.

Aside from being a great doctor, Akiko also has a rare and unique healing ability called Thou Shalt Not Die. It can heal any physical injuries, but the caveat is that the individual should be near death first! 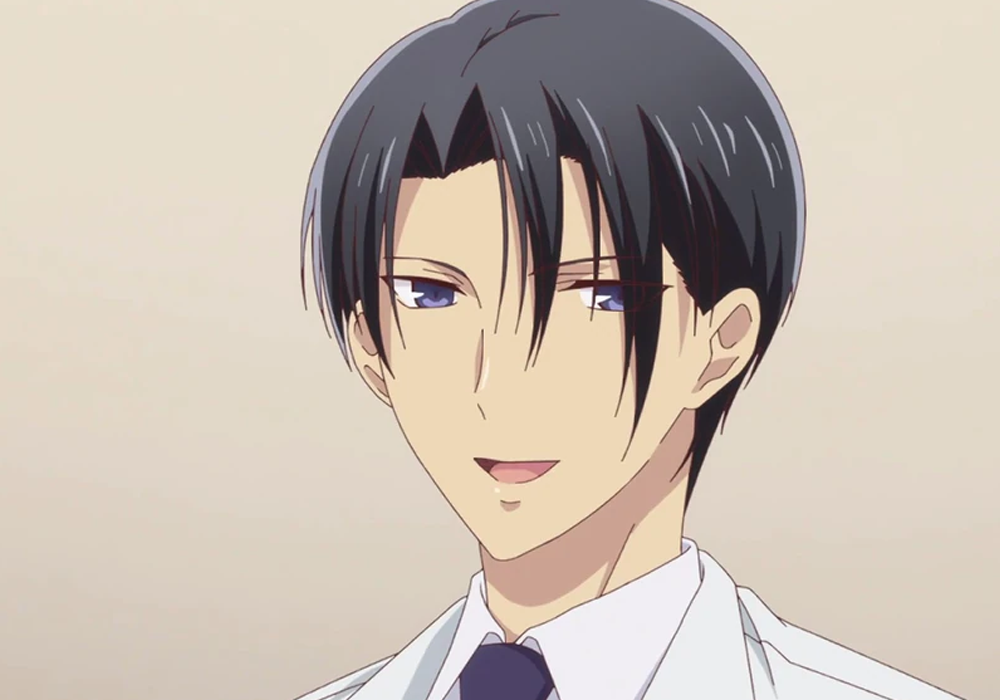 Hatori Sohma is the family doctor of the Sohma clan. It’s important for the family to have a private doctor because of their secret curse. They can’t easily go to any hospital.

Hatori also has the ability to suppress memories of people through hypnosis. This is handed down in his family and is used whenever a Sohma member gets in a compromised situation.

Hatori is also one of the cursed Sohma people. He is the Dragon, but he actually transforms into a seahorse! 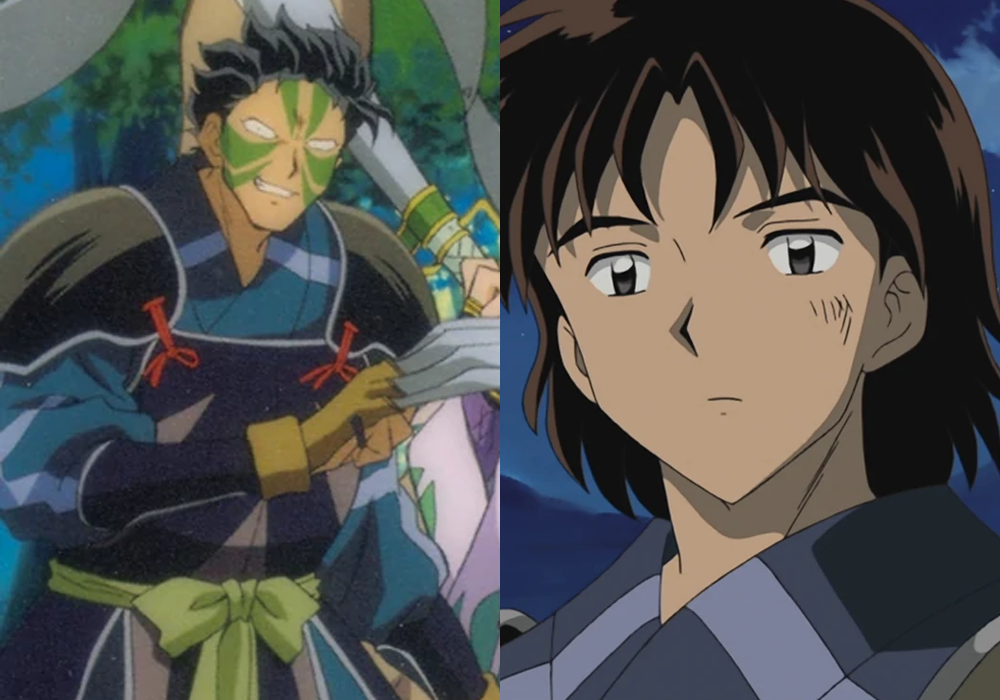 As a side character, not a lot of people probably remember him in Inuyasha. But Suikotsu is one of the most interesting characters in the show.

Suikotsu is a member of the Shichinintai, a band of mercenaries. The group was so bloodthirsty that they were rounded up, captured, and beheaded. They were later resurrected by Naraku.

Like the rest of his group, Suikotsu enjoyed killing. However, he actually has another personality, which is that of a kindhearted doctor.

He was a traveling doctor that witnessed the carnage of war. This affected him so much that it created a split personality and brought out his evil side. Tragic. 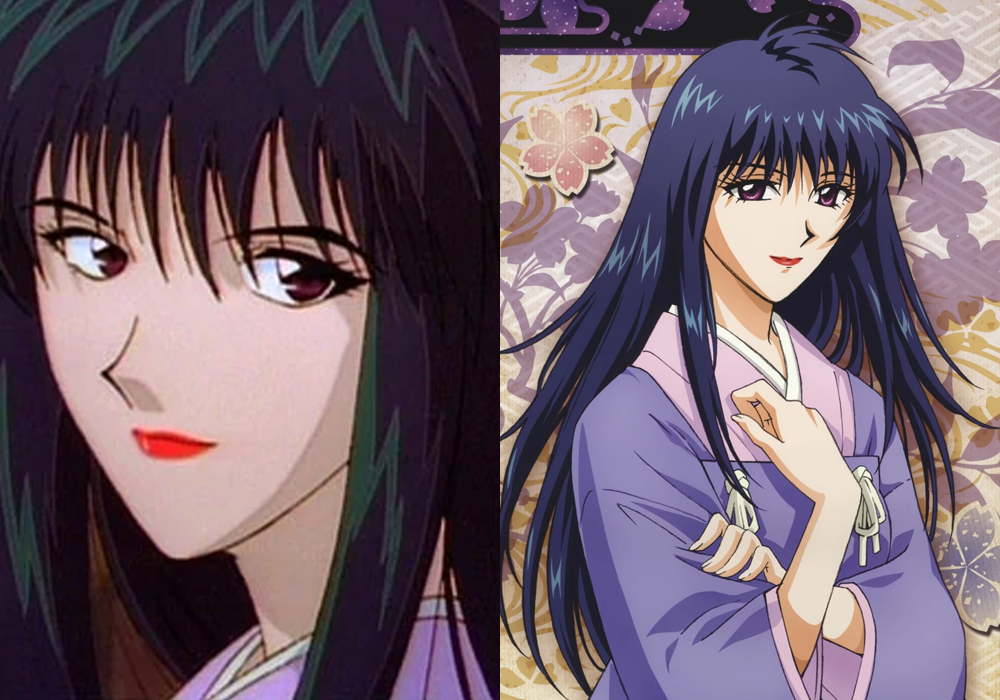 Megumi’s a tough woman and an even tougher doctor.

After her father’s death and the disappearance of her mother and brothers, she had to survive and become a great doctor on her own.

Although she comes from a long line of doctors, surviving isn’t easy. She had to do a side job of making drugs, which she couldn’t quit so easily.

But thanks to Kenshin and friends, Megumi finally became free from the clutches of her boss. 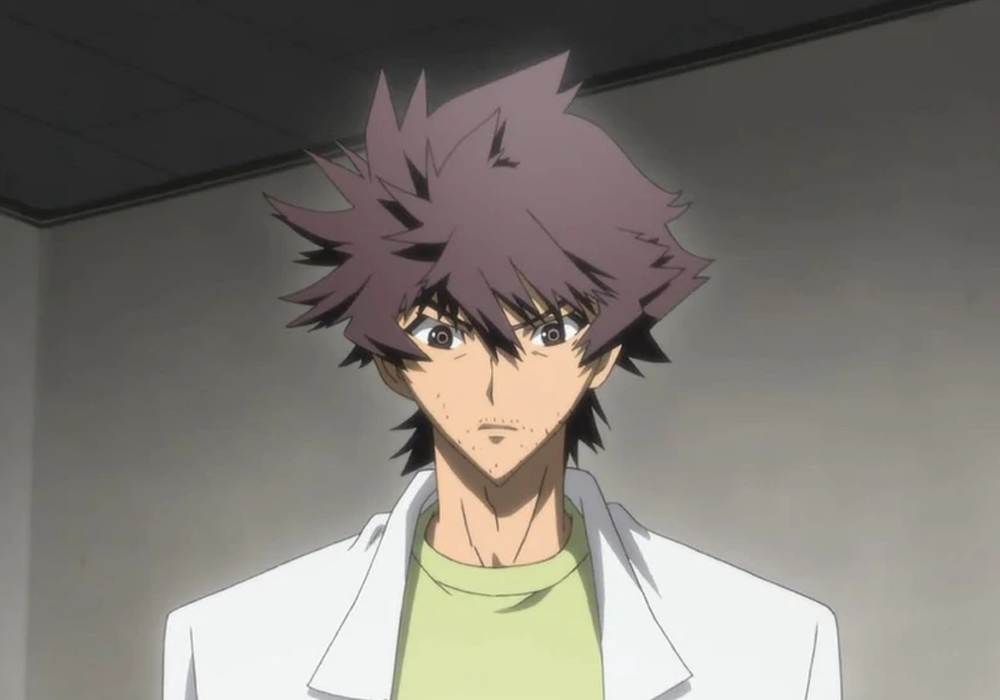 Toshio left his small village to be a doctor. He was pressured to inherit his family’s clinic, and so he was ready for that reality even as a kid.

Upon the death of his father, he went back to his family home. That’s when the mysterious deaths and occurrences started to happen.

Even though Toshio is a capable doctor, these mysterious events might be too much! 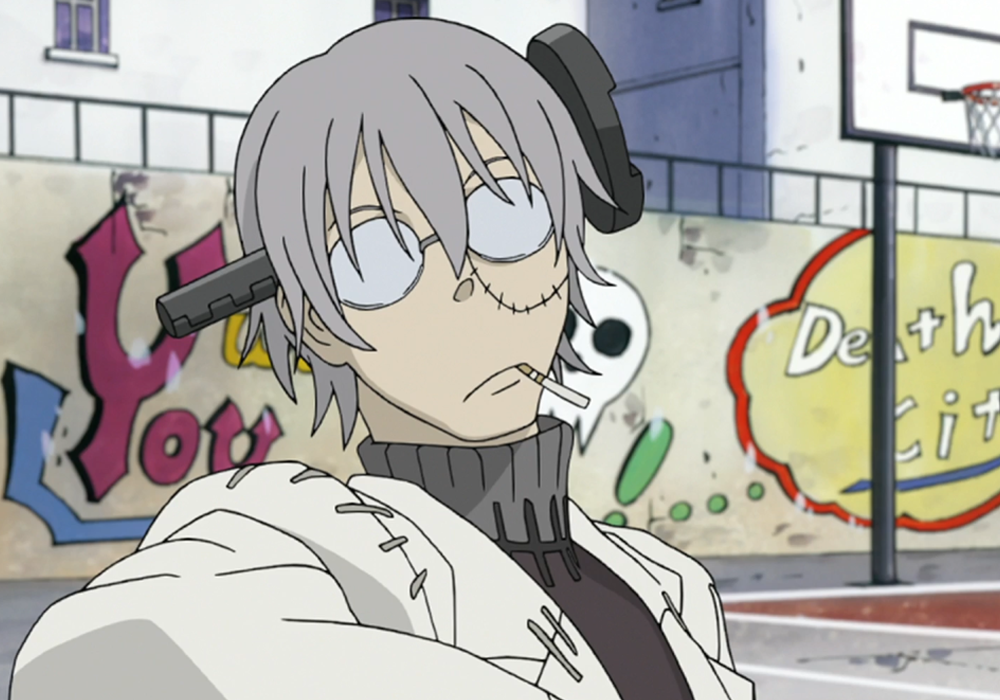 Franken Stein might act a little odd, but he’s a great doctor and an amazing meister!

He’s known as the strongest meister to have graduated from Death Weapon Meister Academy. He now works at his alma mater as a teacher himself.

Franken Stein has a habit of seeing the world as a big experiment. Everyone, everything, even himself, is an experiment.

So it’s no surprise that everyone is scared by him. Who wouldn’t when he talks about dissecting all the time! 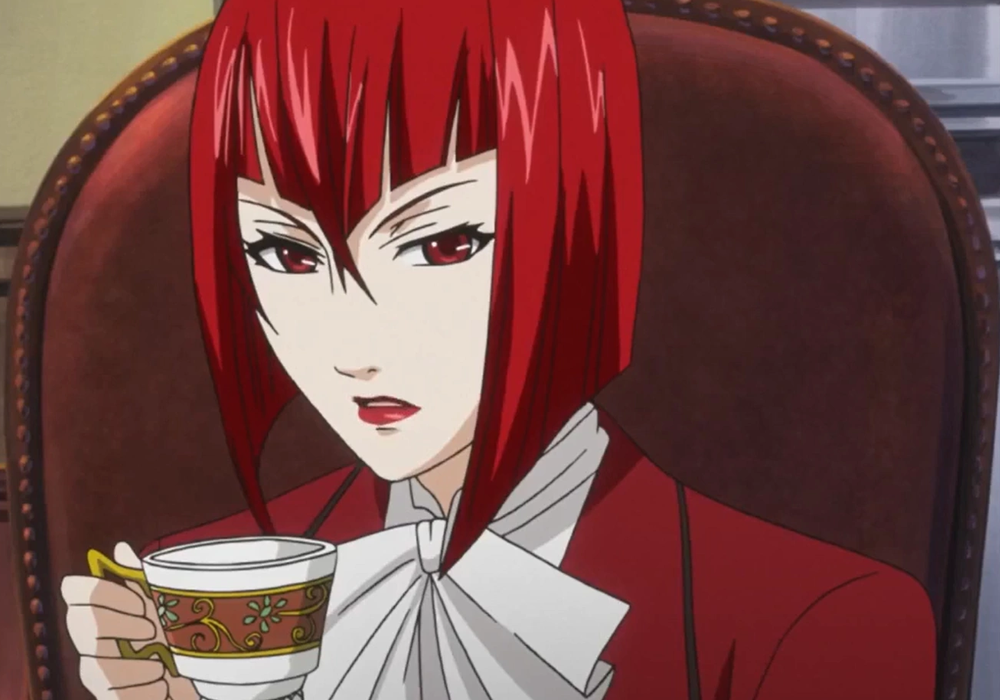 Make way for the doctor in red!

Baroness Angelina Dalles-Burnett, better known as Madam Red, had a tough, bloody, and heart-wrenching life, which suits her red color.

Her parents disagreed with her medical career. She had to see the man she loved to marry her sister.

She eventually found a good man who married and treated her right, but he died in an accident. During that accident, her unborn baby and womb also had to be removed.

This sadly pushed her to use her doctor skills for something evil. 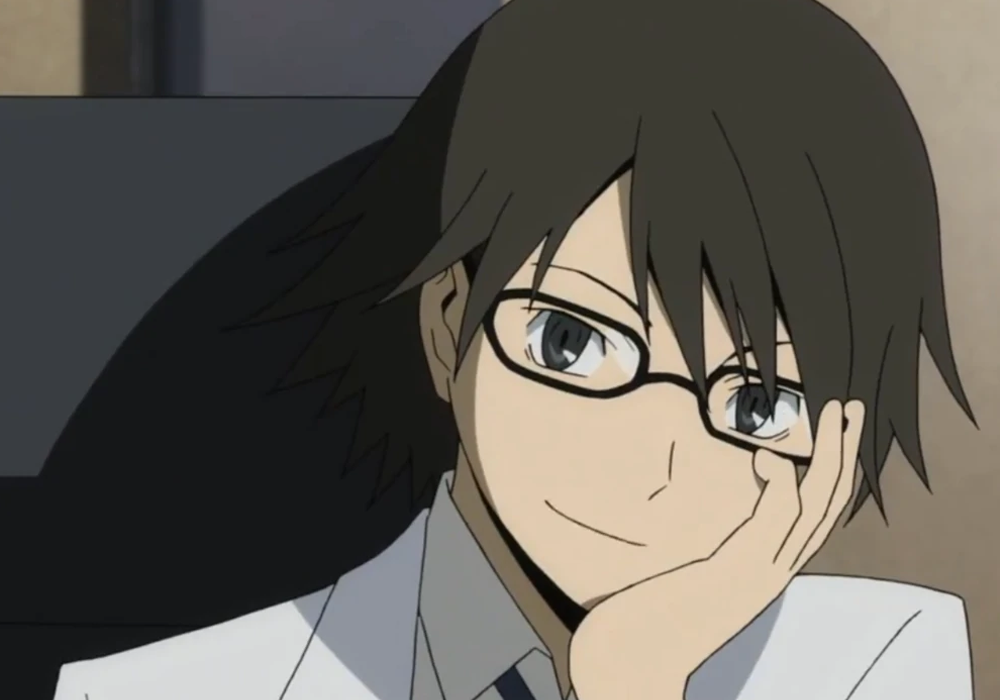 Super strength? Dullahan? This anime doctor is interested in all things extraordinary!

Shinra Kishitani is actually a scientist and an underground doctor. Since he was young, he was already asked by his dad, who’s also a doctor, to join him in surgeries.

When Celty agreed to be studied in exchange for a place to stay in Japan, a young Shinra helped with her dissection. This started his fascination for her.

He’s a bit odd and eccentric, but he doesn’t mind as long as he has his friends, Izaya, Shizuo, and Celty. 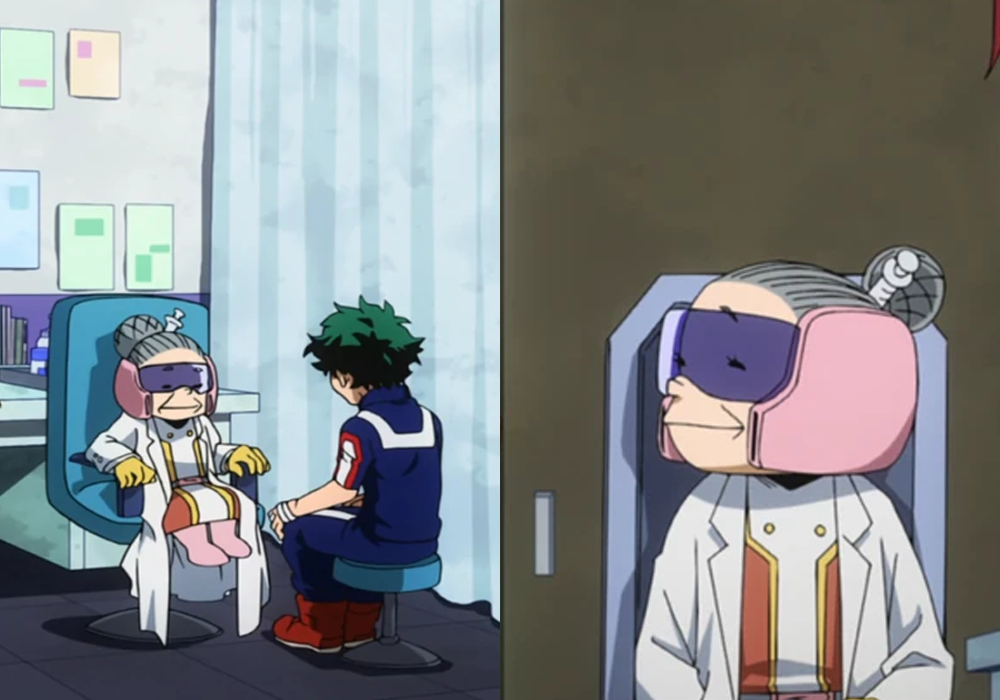 Time to heal you up with a kiss!

Among anime doctors, Recovery Girl is one of the most unique. Healing-wise, her kisses push the body to quickly finish its healing process!

However, this drains a lot of stamina, so Recovery Girl adjusts the healing speed to match what the body can do.

For damages too severe for her kisses, Recovery Girl actually performs additional surgery. This was the case when Izuku’s hand was too messed up. 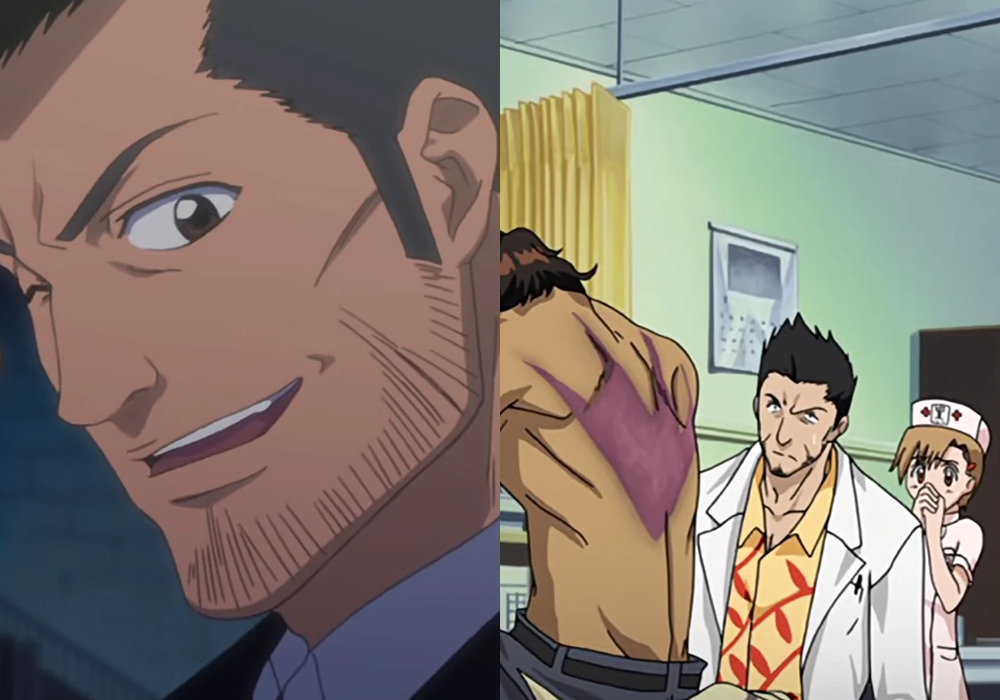 After leaving Soul Society, Isshin had to make a new life in the human world. With the help of Urahara, he was able to open a private medical clinic in Karakura.

The clinic, called Kurosaki Clinic, is connected to the Kurosaki household. His helpers are his daughters, Yuzu and Karin.

They can handle a fair amount of minor medical care. Chad went there to get patched up, and Orihime’s brother sadly passed away in the clinic after a terrible car accident. 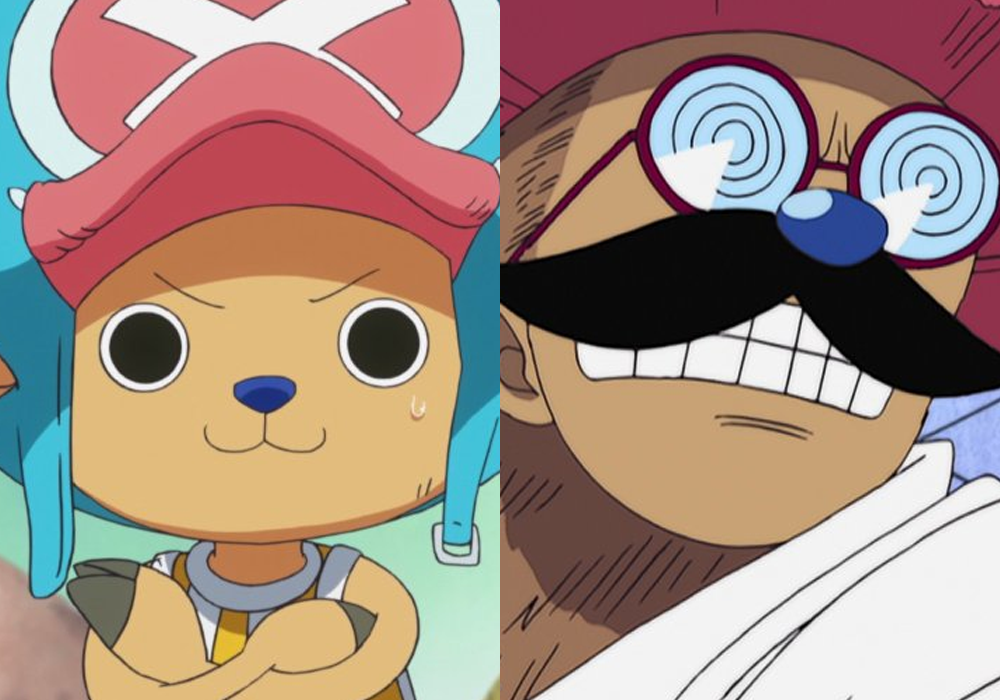 A pirate crew needs a doctor, and for the Straw Hat Pirates, there’s no one as capable and as cute as Chopper!

Chopper is actually a reindeer who ate the Devil Fruit Hito Hito no Mi. This allows him to transform into a human.

But since he became such an oddity among his herd, he was cast away and adopted by Dr. Hiriluk and later taken by Dr. Kureha.

His goal of making a cure for all diseases came from Hiriluk. Meanwhile, Kureha inspired him to be a knowledgeable and skilled doctor, saying kindness is good but not enough to save lives. 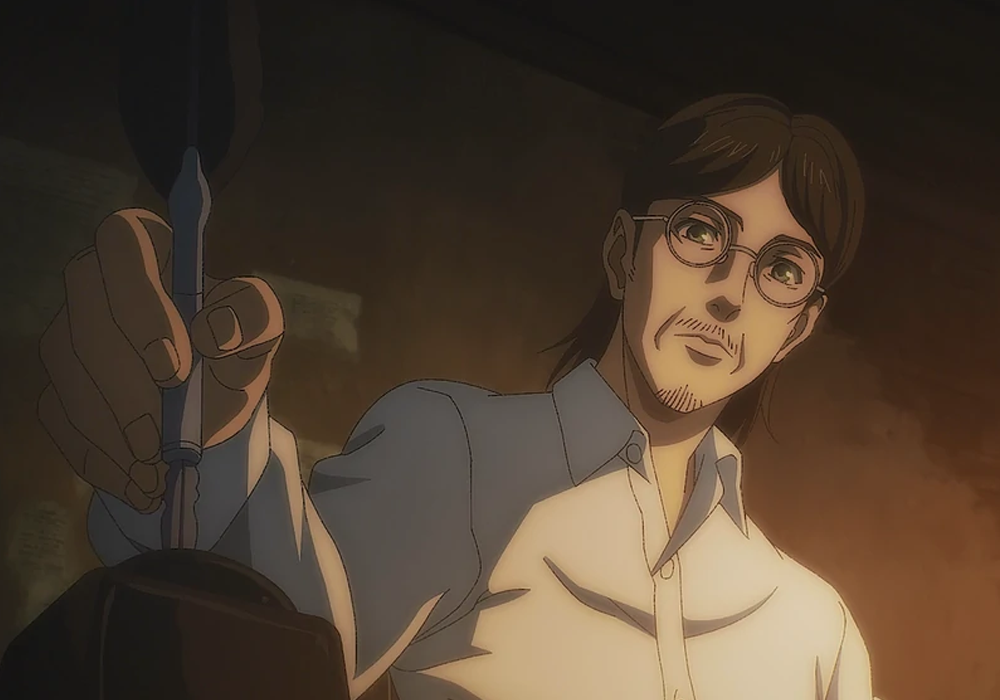 Grisha Jaeger is a doctor in the Shiganshina District. He’s a capable doctor, often asked for his services, especially by people in positions. This is how he got information regarding his mission.

He would often go on trips for house calls and such. At the start of the show, he leaves for a job and promises Eren that he’ll show him his secret basement after his return.

Sadly, that was the day their walls got breached by Titans. 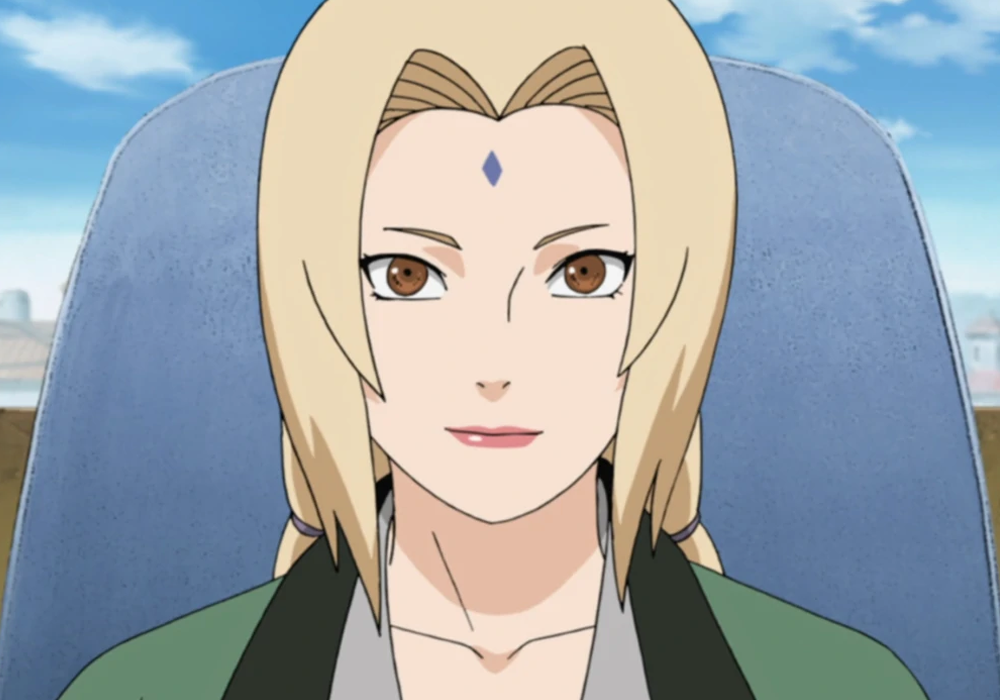 Among all the anime doctors in this list, Tsunade is possibly the one with the most impressive resume.

She’s part of the Legendary Sannin of Konoha, regarded as the strongest kunoichi and known as the best medical-nin. She even became the Fifth Hokage!

Her medical prowess is top-notch. She was able to heal Tsukuyomi’s psychological damage, heal Rock Lee’s spine, and make antidotes during the Second Shinobi World War.

Most especially, she developed her Creation Rebirth healing skill that can instantly heal her. Whew! 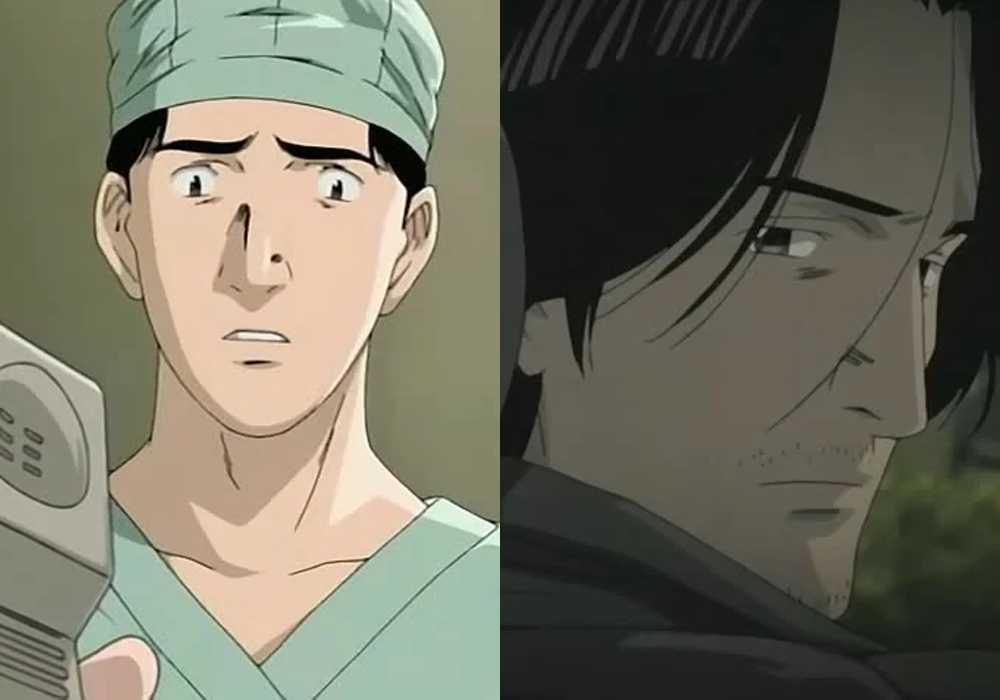 Tenma was a renowned and highly skilled surgeon who was too kindhearted and honest for his job.

When asked by his hospital to operate on a government official instead of an orphan boy who was scheduled first, he refused and did what he thought was right.

As a result, the mayor died. His career and reputation took a hit.

And the boy? Let’s just say Tenma will probably regret his decision. 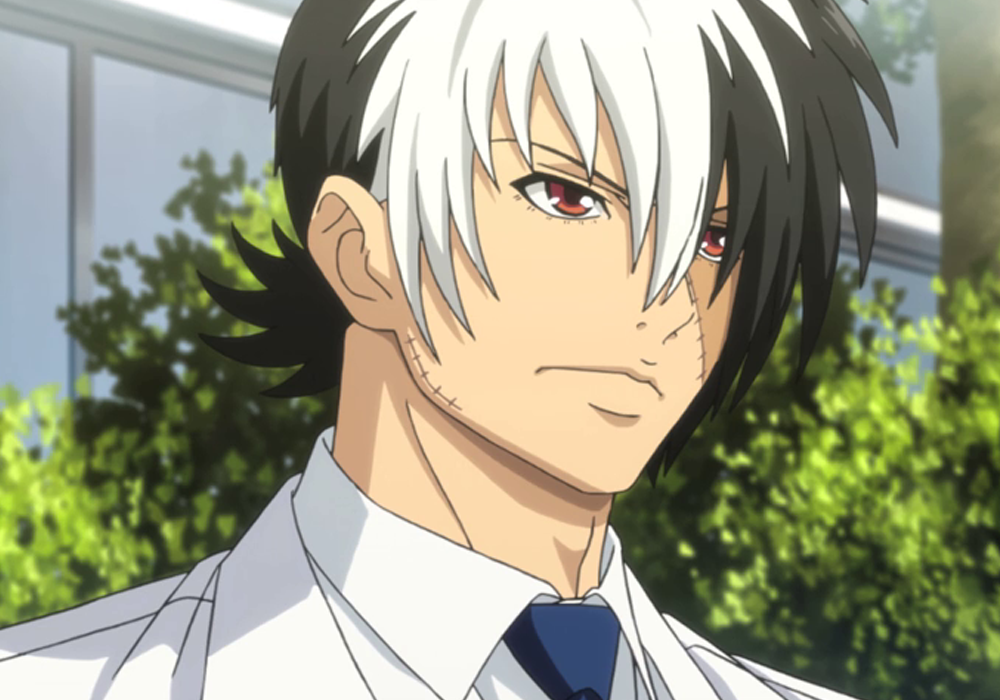 And our top anime doctor? It’s none other than Osamu Tezuka’s doctor from the shadows – Black Jack!

As a baby, Black Jack was in an explosion that killed his mother and injured him greatly. Due to the trauma, half his hair became white. The skin grafts caused the discoloration on his face too.

He survived, thanks to the operation of Dr. Honma. This inspired him to become a surgeon himself.

However, Black Jack prefers to operate underground. He has no license and follows his own rules. He charges exorbitant prices but makes it free if the patient moves him with their story.