Femboys or traps in the anime are males who have appearance traits that are more seen as feminine. Some are in comedy series where they are humorously mistaken for a boy, or others just prefer to dress like a girl and embrace their feminine looks. It doesn’t matter if they are femboys or crossdressers, they are a fun and entertaining part of their anime shows. 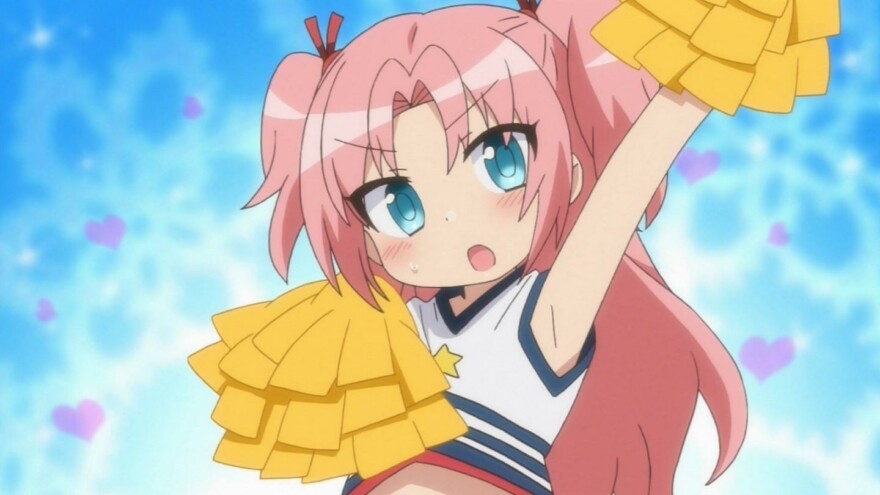 The main character of Himegoto, Hime, was born a boy but is forced to dress like a girl. He hates he gets harassed by his classmates (like anyone would). However, he is known to be loud about how he is treated. Other than that, Hime maintains a normal character. 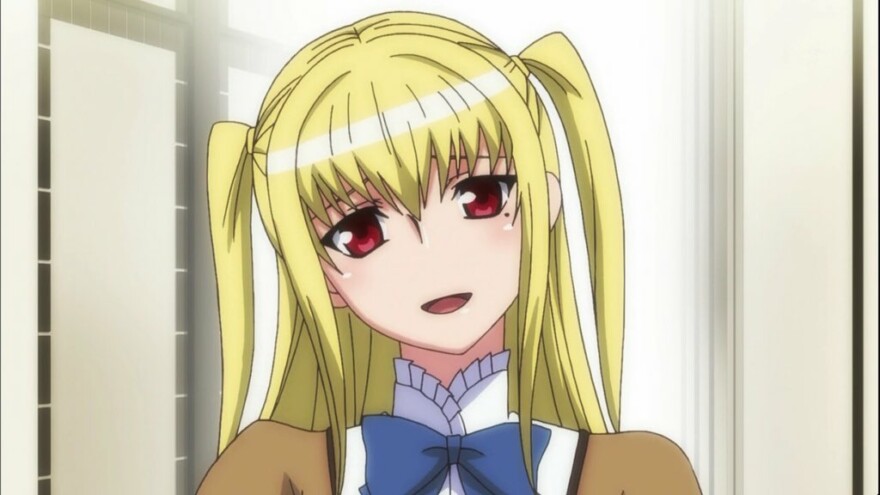 The deuteragonist of Maria†Holic, Mariya is a student at an all-girl Catholic school who is secretly a boy! He is an intuitive, aggressive, and determined guy who will do anything to keep a gender a secret!

Mariya was able to keep his gender hidden—until Kanako Miyamae transferred to his school. Hoping to find the love of her life at this all-girl school, Kanako instead ends up getting on the bad side of Mariya! 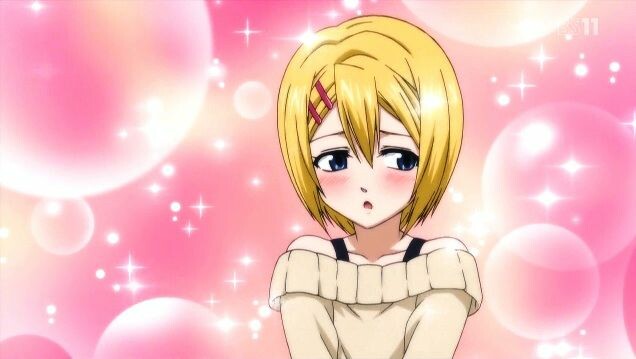 A character from Cuticle Detective Inaba, Yuuta is a crossdresser who serves as Hiroshi Inaba’s secretary. Yuuta is very cute and acts like a little sister type, and is known to be very affectionate to the ones he cares about. However, Yuuta also had a secret sadistic and jealous side.

Yuuta lives in a world where half-human chimeras live side-by-side with normal humans. However, that doesn’t stop chimeras from committing crimes and makes it harder for police to track them down. That’s where detective Hiroshi Inaba comes in! 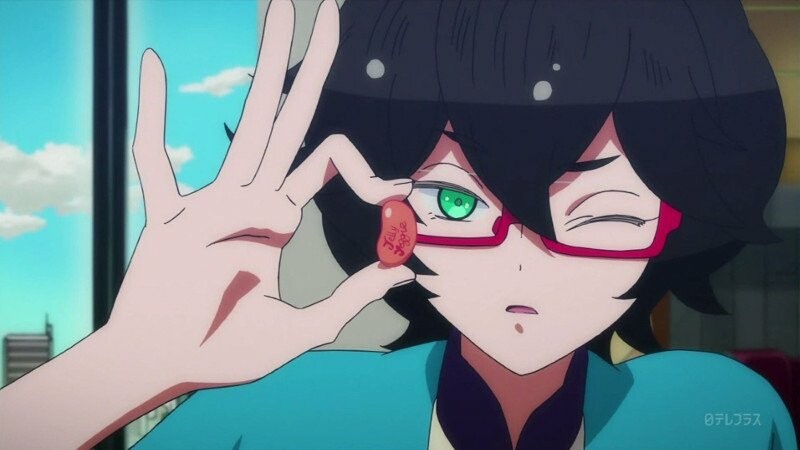 One of the main characters of Gatchaman Crowds, Rui, tends to crossdress as a girl mainly to disguise himself. At the core of him, Rui is an idealist who sees society very pessimistic and has a hard time opening up to people.

Rui comes to meet Hajime Ichinose, who is given a small book named NOTE that allows her to transform into a Gatchaman—a legendary protector of Tachikawa City! Their greatest threat: aliens to want to wipe out humanity! 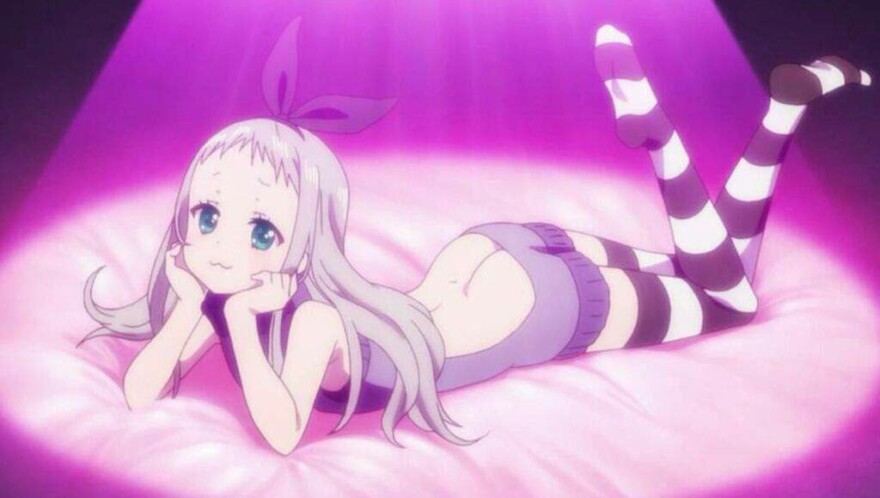 From BLEND-S, Hideri is a crossdressing and roleplaying maid waitress. Despite having a petite figure, big teal eyes, and long silver hair, Hideri is a boy. Dreaming of becoming an idol, Hideri ditches his parents’ farm and goes to work at a maid café. He tries to act feminine, but he slips in and out of his masculine habits and is known for being very picky and stubborn.

Maika Sakuranomiya goes to work at Café Stile to make enough money to study abroad. Despite being a sweet and shy girl, she is often mistaken as frightening and intimidating and has to play a character that reflects this. 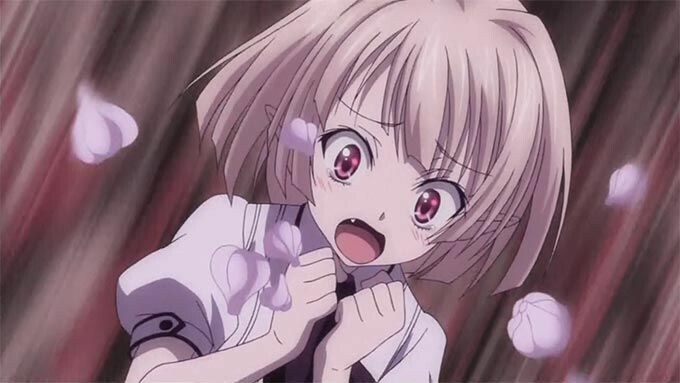 A character from High School DxD New, Gasper is a crossdresser who was once half-human, half-vampire until he was turned into a Devil by Rias Gremory. With the unique ability to stop time, Gasper becomes an important and valued member of Rias’s team.

After his girlfriend murders Issei Hyoudou, he ends up being saved by Rias, who brings him back as a Devil. However, Issei can never go back to his normal life—especially now that he is a servant to the upper-rank Rias! 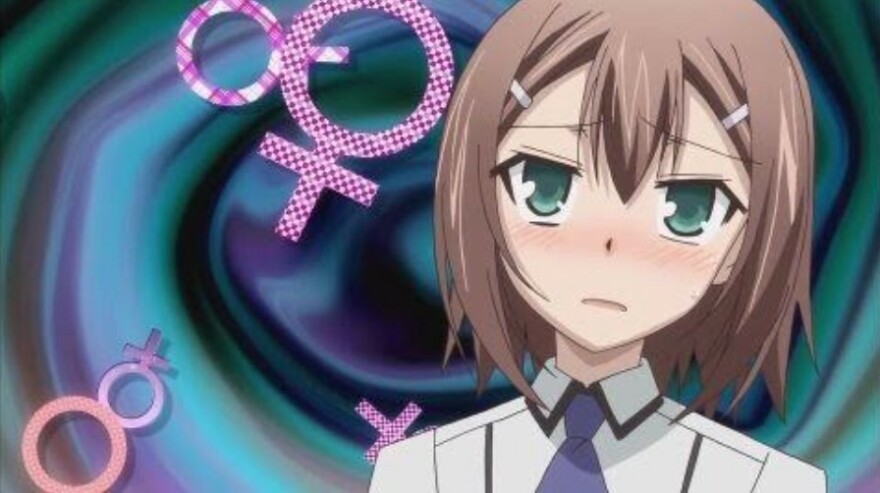 From Baka & Test – Summon the Beasts, Hideyoshi is the twin brother of Yuko and a member of the school’s Drama Club. Hideyoshi is a part of a recurring joke that everyone mistakes Hideyoshi for a girl despite the great lengths he goes to in showing that he is a boy! Hideyoshi often remains stoic and calm in nature.

Hideyoshi goes to Fumizuki Academy, a unique high school that sorts its classes by test results. All grade A’s in one and grade Fs in another. Hideyoshi and the rest of the main cast all end up in Class F—the lowest of the low. 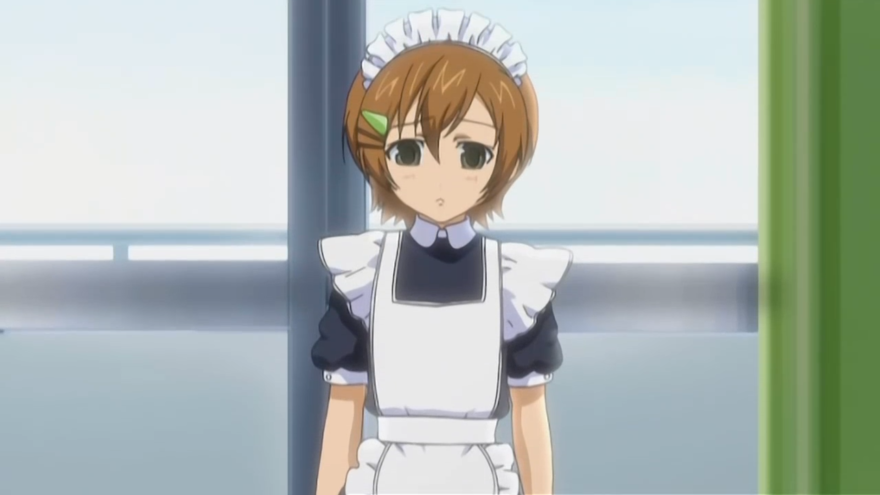 From Minami-ke, Makoto is a classmate of Chiaki Minami. Because of his petite body and cute haircut, his friends often trick him into crossdressing and call him “Mako-chan.” Makoto struggles to admit that he enjoys crossdressing and makes an adorable girl!

The Minami family has three sisters, Makoto close friends with Chiaki Minami. Chiaki is the youngest and best known for her sharp tongue. A slice of life series that follows the airheaded Kana, the lively Kana, and sassy Chiaki that all make a boring day extraordinary! 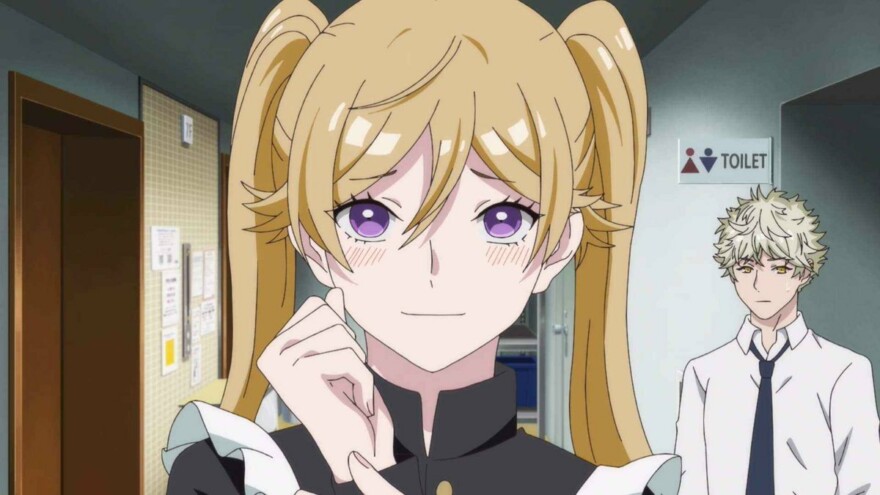 One of the main characters from Blue Period, Yuka’s gender is currently unknown, but appears to be biologically a boy, but desires to dress and be addressed as a girl. Yuka is a confident, bold, and flamboyant person who tries to fight back their inner anxieties.

Yuka is a known classmate and friend-enemy of smartass delinquent Yatora Yaguchi. Easily going through life without many purposes, Yatora discovers a deep passion for art. He decides to take a chance and dives into the world of art and is hopeful of getting into Tokyo University of Arts. 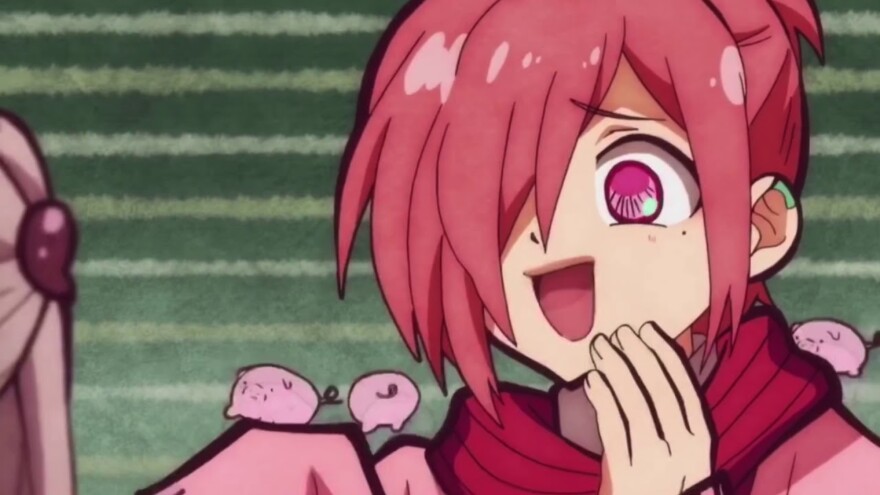 From Toilet-bound Hanako-kun, Mitsuba is an apparition who wanders the hallways of Kamome Academy. Looking like a girl with a cocky attitude, Mitsuba used to be bullied by his classmates and is known for his sharp tongue, moody, and sour personality.

While haunting the school’s cubbies, Mitsuba comes face-to-face with Kou Minamoto, an exorcist who is wrapped up in the “Seven Wonders” in the school full of apparitions. Upon meeting Kou, Mitsuba life as an apparition becomes intertwined with Hanako-san, the Seventh of the Seven Wonders. 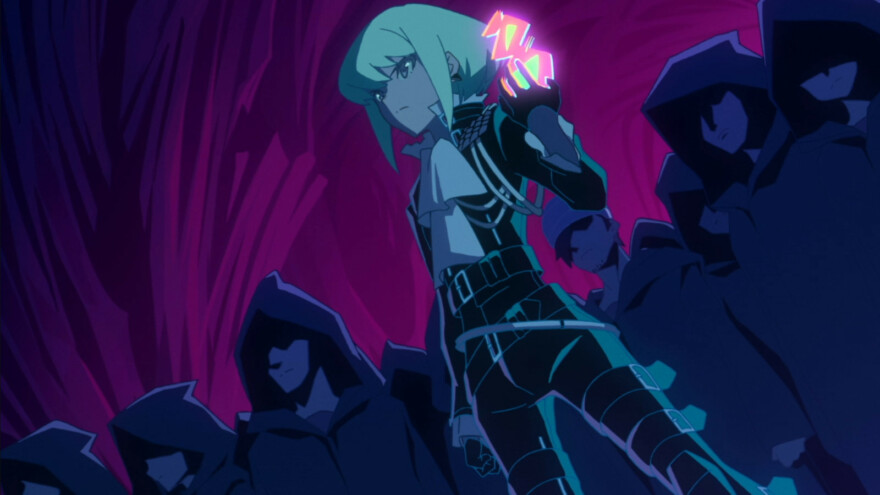 The deuteragonist of Promare, Lio, is often mistaken for a girl for having a slender and short figure, long eyelashes, and shaped hair. However, Lio is Mad Burnish’s strong-willed and proud leader, a terrorist group that threatens society with its deadly fire!

Lio soon comes in conflict with rookie firefighter Galo Thymos. Despite being on opposite sides of society, the secret of the Burnish makes Galo question who the real bad guys are: the Burnish or his own people! 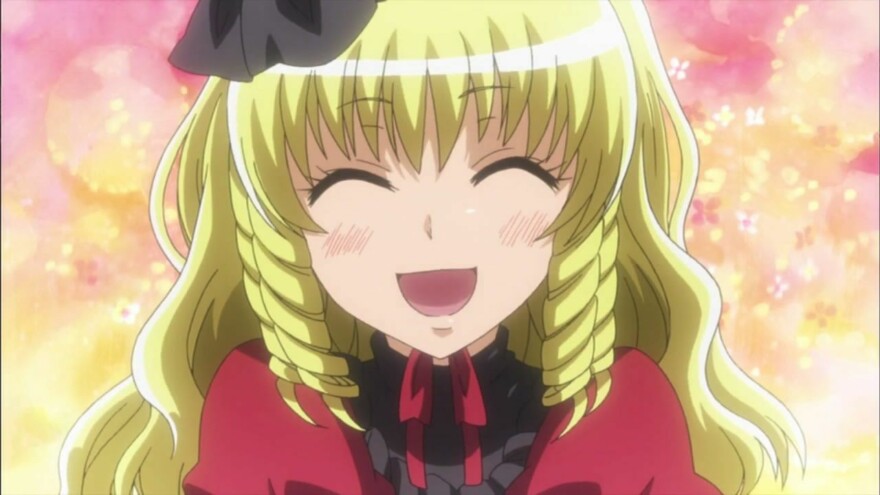 From Maid-Sama! Aoi works at a maid café and is a professional crossdresser where he dresses as a female maid and wears a long blonde wig. Aoi loves cute things as well as using his cute appearances to trick and tease men, but is also known for being hot-tempered and isn’t a big fan of school.

Aoi is a co-worker alongside Misaki Ayuzawa, the “Demon President” at her school. She knows her reputation would be ruined if anyone found out she worked at a maid café! Of course, the only one who does is the most popular and snarky boy in school: Takumi Usui! 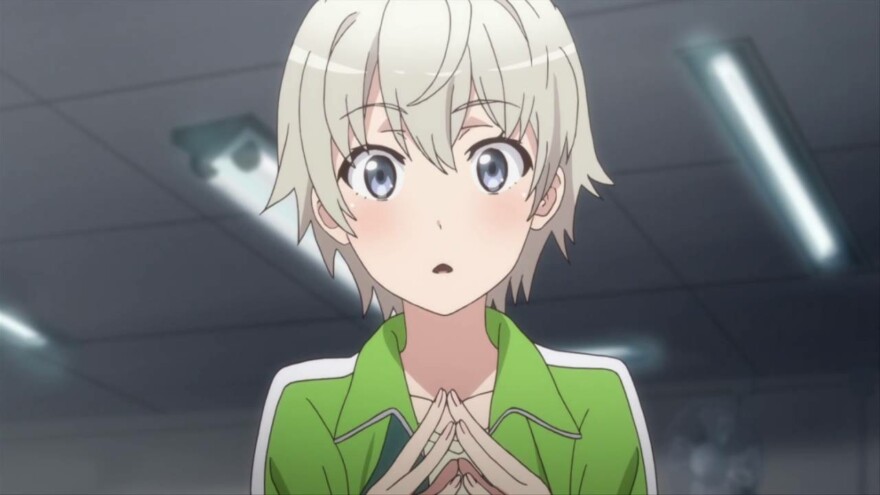 A character from My Teen Romance Comedy SNAFU, Saika, is president of the Tennis Club, the school’s “Prince,” and close friend of Hachiman Hikigaya. However, because of his feminine stature and cute face, Saika is often mistaken for a girl—even by Hachiman! Although he gets annoyed when people mistake his gender, he is kind, peaceful, and caring.

When Hachiman bombs an essay, his teacher forces him to join the Volunteer Service Club! Hachiman soon finds himself caught between two girls—the school’s beauty with an icy heart and a bubbly and energetic girl who is hiding something from him! How will this romance-comedy unravel? 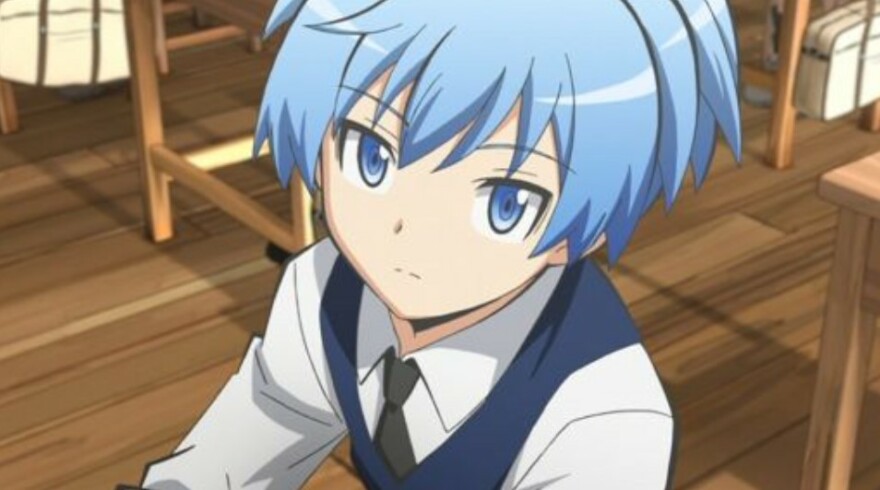 The main character of Assassination Classroom, Nagisa, is often mistaken for a girl for his feminine stature and short pigtails in his hair. Since his mom wanted him to be born a girl, she made him grow his hair longer. Nagisa is a calm, friendly, and level-headed boy who tends to be quiet and often overlooked, but he is a very skilled student.

Nagisa is a part of the unique class 3-E, and they are tasked with one job: kill their teacher! If the class can’t kill him, a strange yellow-colored tentacle creature, Koro-sensei threatens to destroy the moon! 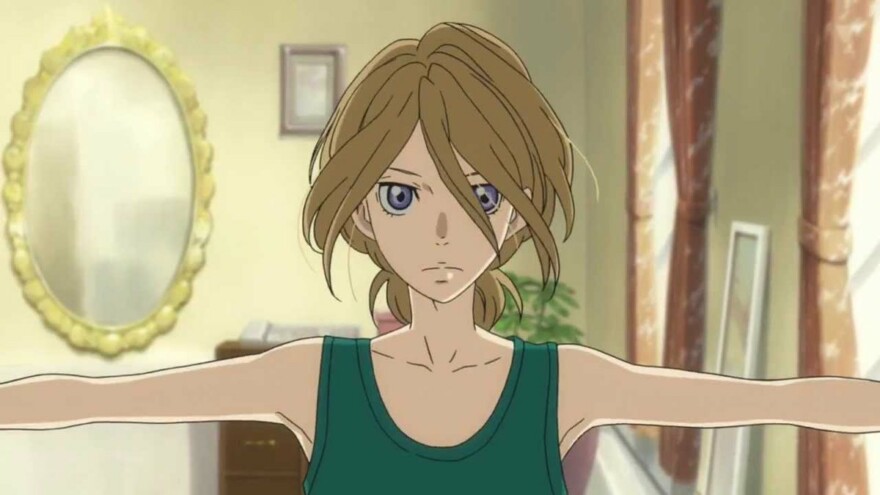 One of the main protagonists, Kuranosuke, is a guy who is known for his feminine and handsome looks and takes it in stride by dressing as a gyaru. Whether being a boy or a girl, Kuranosuke is a flamboyant, confident, and bold guy who will do anything to help his friends and family.

One night while dressed as a girl, Kuranosuke meets antisocial jellyfish enthusiast Tsukimi Kurashita. Becoming quick friends, Kuranosuke takes a look at Tsukimi’s drawings and dresses and decides to help make them a reality! 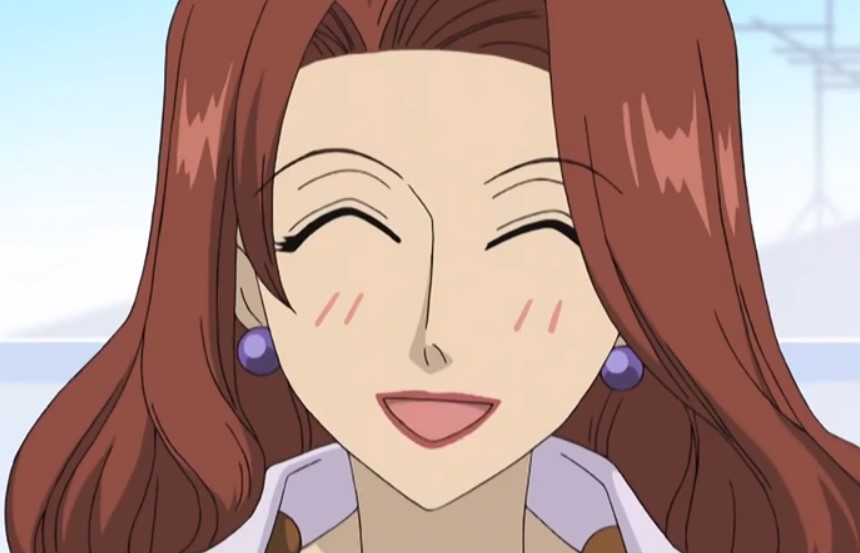 A supporting character from Ouran High School Host Club, Ryoji, is Haruhi’s father. He is a professional crossdresser and entertainer, going by his stage name “Ranka.” Ryoji is a cheerful and supportive father who tries to be there for her after losing her mom.

Ryoji supports Haruhi when she enrolls at Ouran Academy, a rich kid’s school. However, after she accidentally breaks a very expensive vase, Haruhi doesn’t want her dad to deal with the debt. She ends up becoming a member of the school’s Host Club to pay it back. 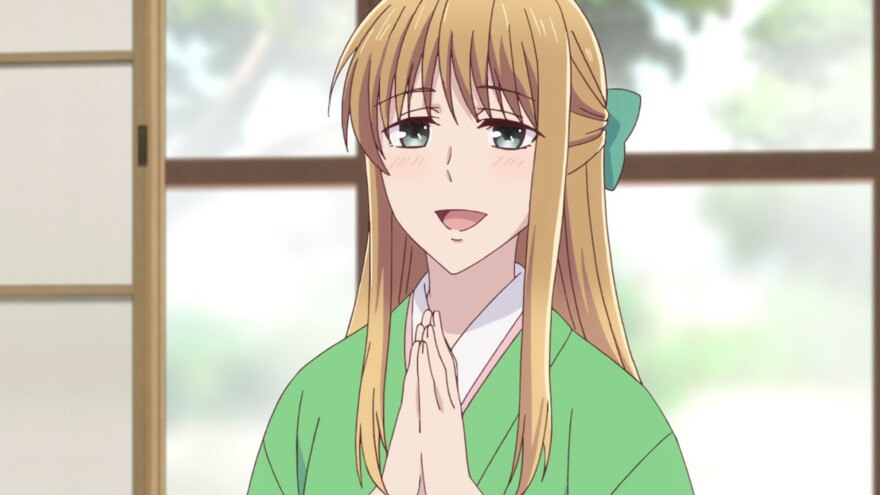 From Fruits Basket, Ritsu is a boy who grows out his hair and dresses in female kimonos. Dressing like a girl curbs his anxiety, but he suffers from self-hatred and is very panicked and apologetic.

Ritsu is one of the Sohma Family members who are cursed. He turns into one of the Chinese Zodiacs when hugged by someone of the opposite gender.

After meeting the young and bighearted Tohru Honda, the Sohma Family might have hope that the curse can be broken! 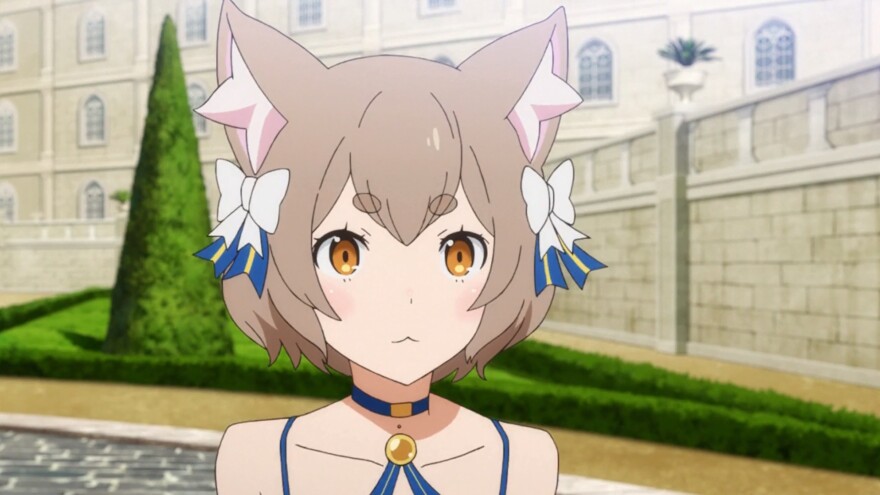 A character from Re:ZERO ~Starting Life in Another World~, Felix is a knight of Crusch Karsten, a candidate for becoming the kingdom’s new king. Because of his Demi Human blood, Felix has cat-like appearances like cat ears and a smile. Despite being a boy, Felix prefers to wear beautiful blue-and-white dresses.

Like Crusch, half-elf Emilia also is chosen as a candidate to be King and is helped by Subaru Natsuki. No one knows that Subaru was isekai-ed: mysteriously teleported to their fantasy world! 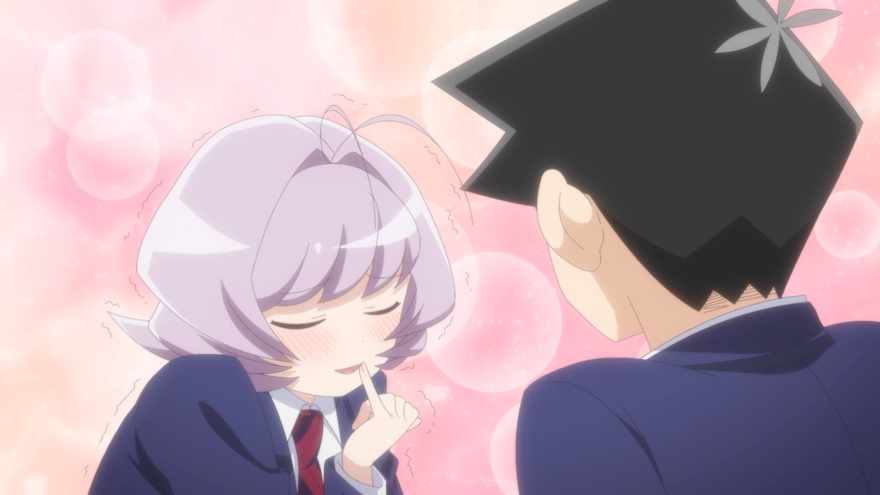 A character from Komi Can’t Communicate, Najimi’s gender is currently unknown, but has confessed to being both and is often referred to as either she or he. Najimi serves to be the polar opposite of Shouko Komi, having the ability to get close to anyone after only briefly meeting them.

Despite being an intelligent beauty, classmates believe that Komi is out of their league and she is always seen alone. In actuality, Komi doesn’t know how to talk to others and dreams of making 100 friends! 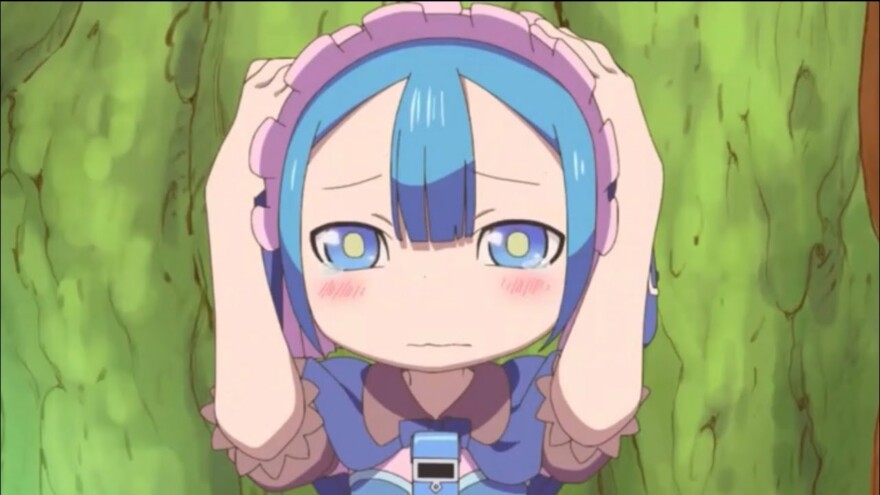 From Made in Abyss, Marulk tends to dress like a female maid. He is shy and often nervous but also polite, friendly, and considerate. Marulk stays with his mentor in the 2nd layer of the Abyss and is already a Blue Whistle Delver.

The Abyss is a giant gorge full of many mysterious and secrets. Many adventurers have gone down into the Abyss to explore all the wonders hidden deep in the earth. Riko is a young girl who is called to the unknown Abyss. After her mother disappeared into the Abyss, she has always wanted to go down after her!