A lot of parents mistake animation as something immediately appropriate for kids.

They need to be reminded that animation is just a storytelling medium, so some cartoons have stories that can be too violent, deep, or scary for the little ones.

If you’re a parent or a sibling looking for anime you can watch with kids, we have the perfect list for you!

We still recommend proper parental supervision, but don’t worry – these shows are entertaining for kids and grown-ups too! Ready the popcorn as we start the list! 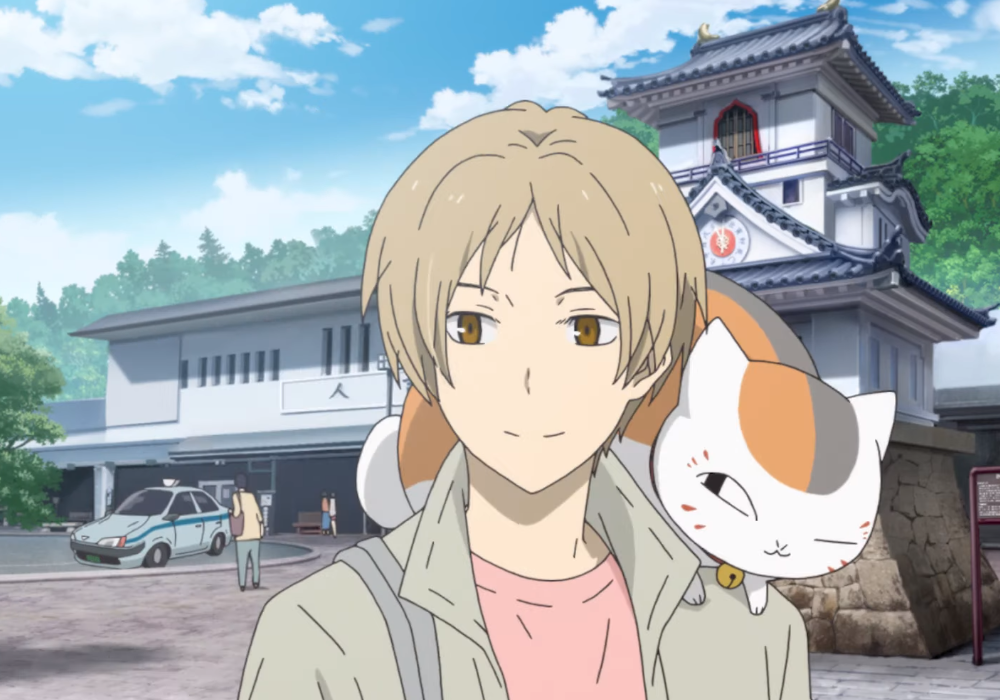 Ever since he was a boy, Natsume has always been aware of the spirits and ghosts around him.

It turns out that his grandmother left him a mysterious book called the Book of Friends, which has a list of spirits she has collected over the years.

They don’t seem too friendly, however, and actually want to be freed.

With the help of a little cat spirit named Madara, also referred to as Nyanko-sensei, Natsume now has to find ways to free his new spirit “friends” from the book, as well as find a place for himself where he can feel he belongs.

This show can be a little frightening due to some spirits, and some stories can be quite emotional, but overall it should be okay for older kids. 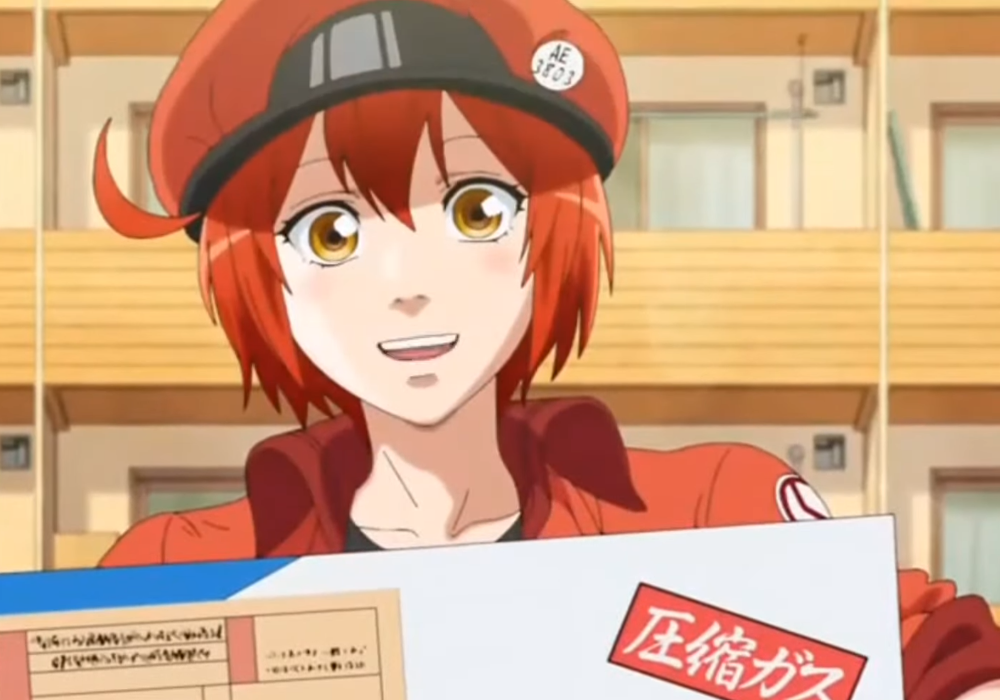 Science can be a bit of a drag for some kids to learn, but you might get their attention if you present the lesson on white blood cells, germs, and the immune system in an animated way.

Cells at work is about a rookie red blood cell, who gets lost doing her delivery job, and a relentless white blood cell who will stop at nothing to defeat germs.

The show makes learning about our immune system fun with its characterizations and visuals.

The show can be a bit bloody and violent, with white blood cells battling against invading germs, but science is a bloody mess in general. 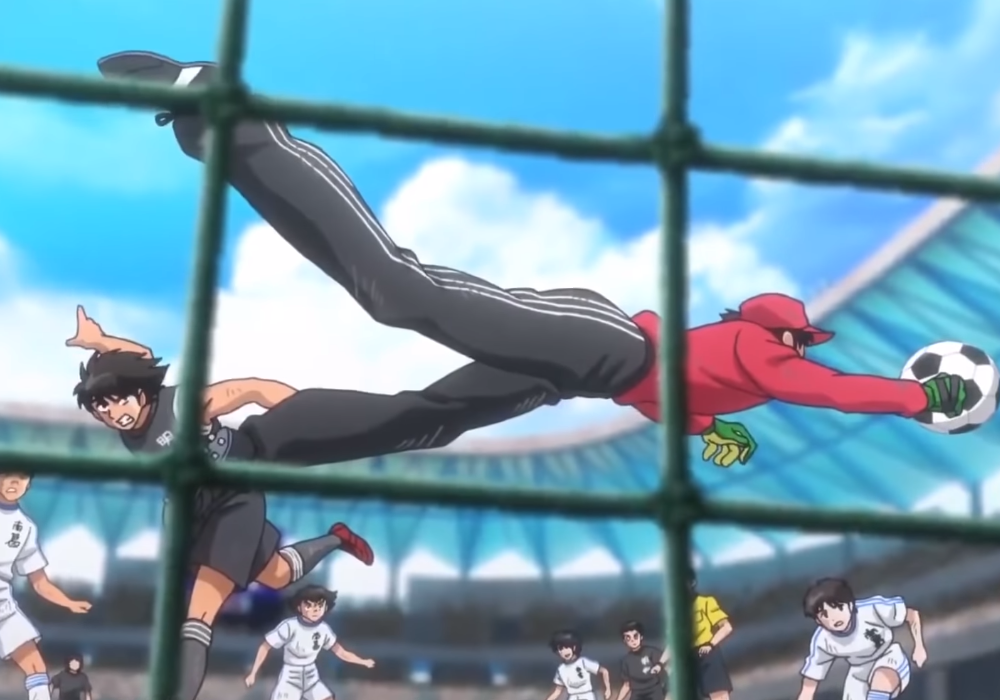 Captain Tsubasa is a classic sports anime about soccer. It follows the story of Tsubasa, an 11-year-old who dreams of winning the FIFA World Cup.

He almost got into a terrible accident, but his soccer ball saved him, and ever since then, he would claim that “the ball is my friend” and would always go out with a soccer ball. 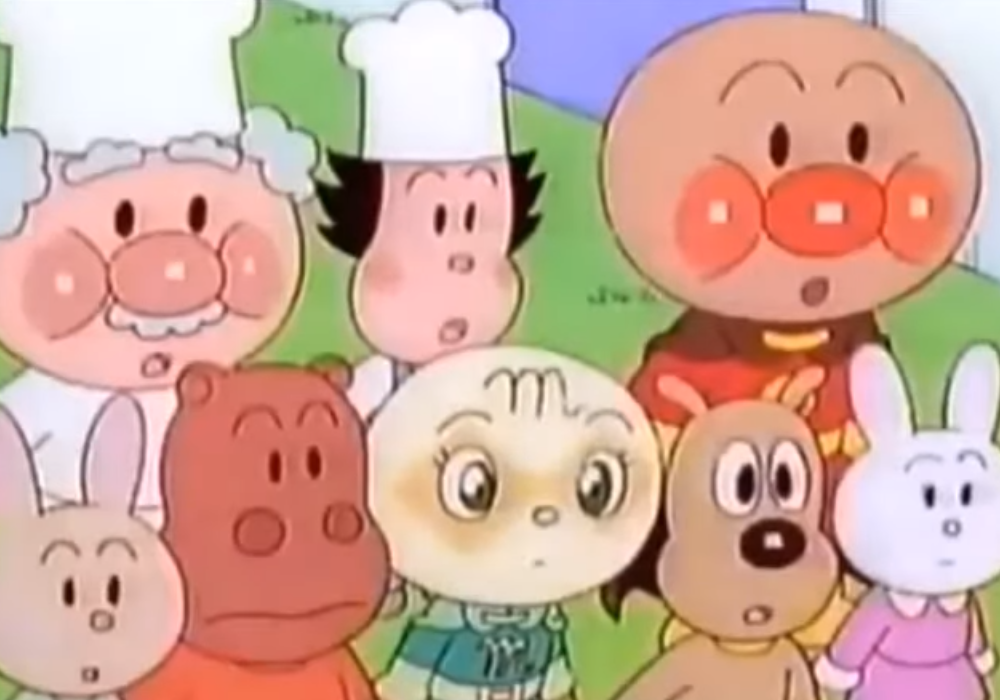 This is one of the most popular children’s shows in Japan. It started out as a picture book and became really popular as an anime, spawning games, toys, and other merchandise.

The story is about a superhero with an anpan head. Anpan is a pastry that’s filled with sweet red bean paste and is a popular bread snack for kids and grown-ups alike.

Anpanman protects the world from his nemesis, an evil germ called Baikinman.

The series is good for young kids. 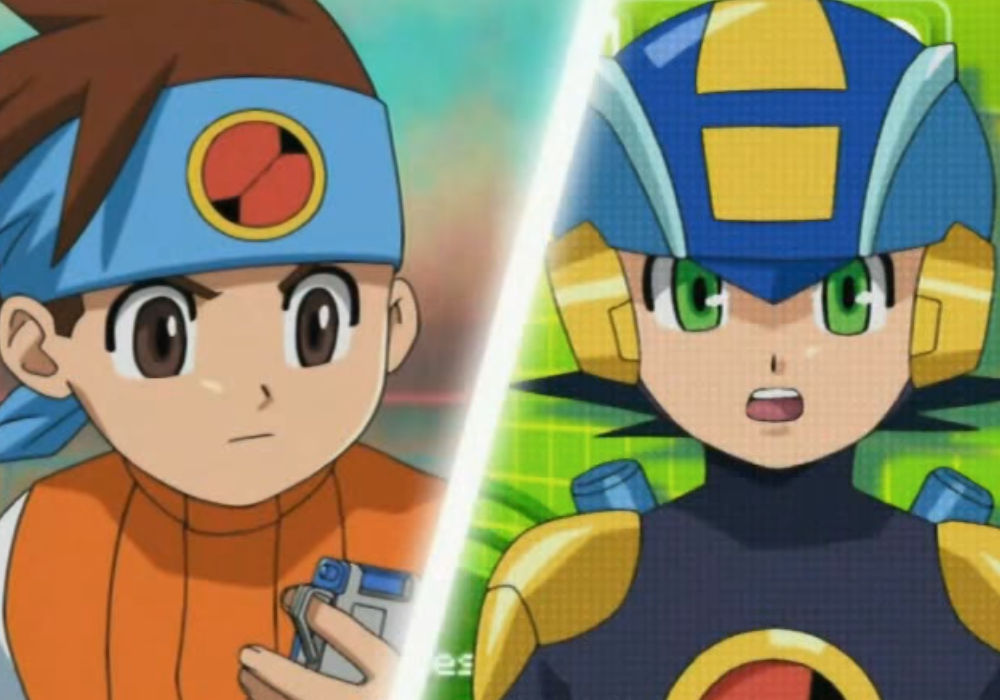 For kids who enjoy computers, gadgets, and robots, MegaMan NT Warrior is a great show for them.

The show is based on the Mega Man Battle Network games and follows Lan, a boy who’s good at tech, and his NetNavi, MegaMan.EXE.

NetNavis are computer programs with AI that can serve as tech assistants. Aside from handling emails, calendar schedules, and calls, they can also serve as anti-virus software and fight invading programs.

You see Lan and MegaMan.EXE battle it out in the digital world against harmful viruses and bots. 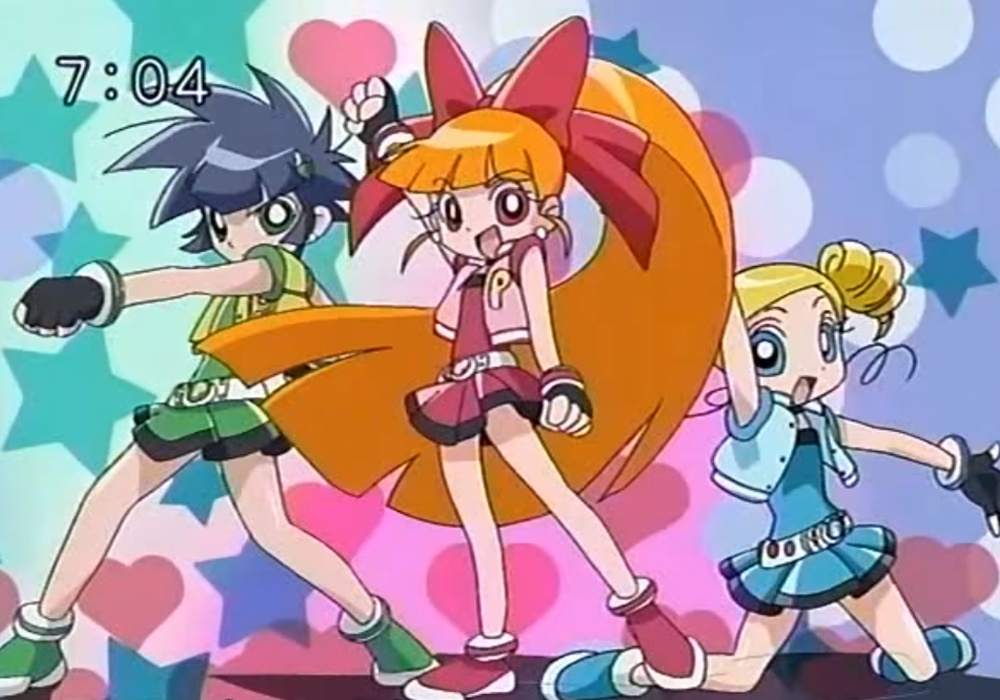 Packed with the same cuteness, bright colors, and action-filled episodes, this series follows three unrelated girls who transform into superhero girls after being engulfed by a white light due to Chemical Z.

The chemical came from a lab accident with Professor Utonium. He is joined by his son, Ken Kitazawa, and their dog Peach in helping the girls clean up the mess caused by the accident.

The accident caused other people in the city to have evil transformations, and so the girls had to protect everyone and save the day. 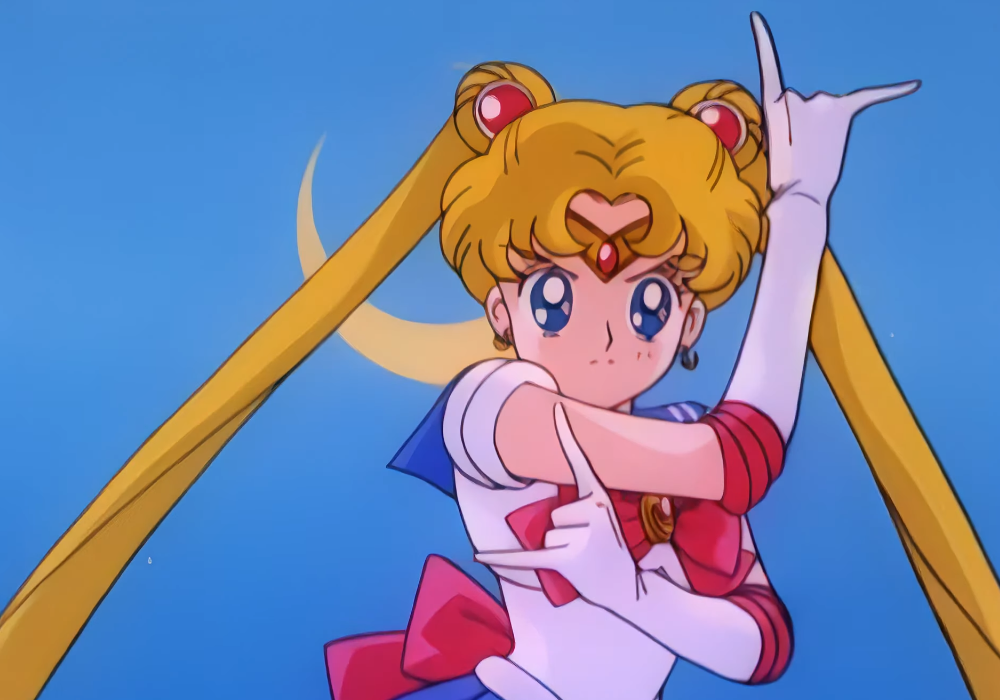 A talking cat gives Usagi Tsukino a brooch that makes her transform into Sailor Moon, a magical superhero destined to protect the Earth from evil entities.

She is later joined by other magical girls, and they form the Sailor Guardians. 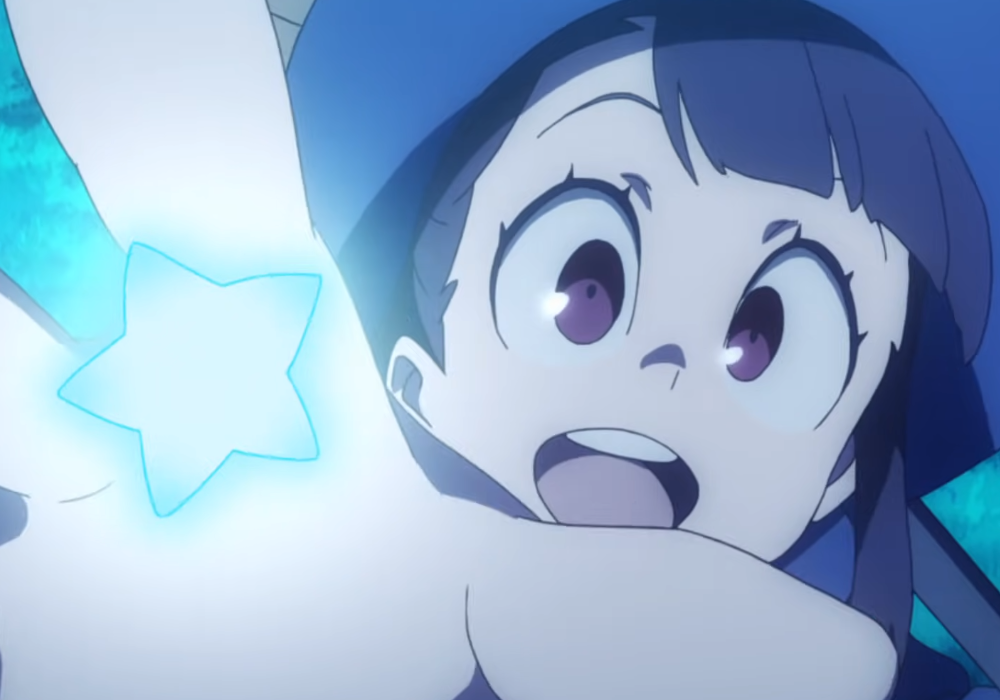 If your kid is looking for witches and magic spells in their show, give Little Witch Academia a try.

The show follows Akko, a girl with a non-magical background, as she survives her new magic school, Luna Nova Magical Academy.

In it, you see Akko make new friends, compete with her rival, and overcome the struggles of broom flying and spell casting.

The show is suited for older kids who enjoy a little magical action in their cartoons! 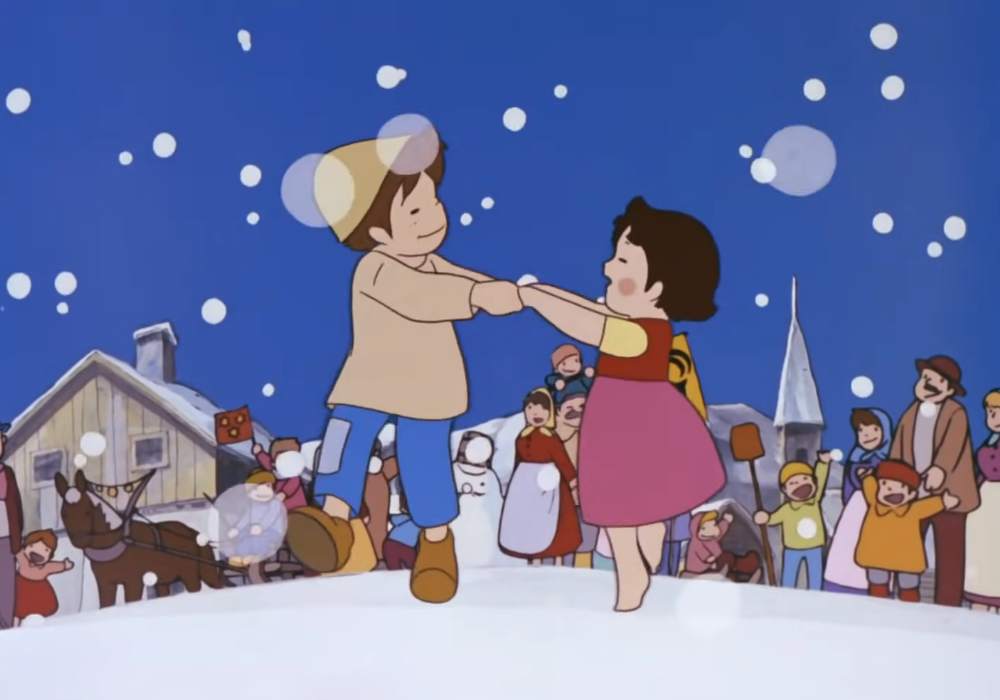 The World Masterpiece Theater is the perfect series for kids who love classic storybooks and for parents who love to instill literary culture in their children.

The series is an adaptation of multiple classic storybooks like Anne of Green Gables, Little Women, Heidi, and Swiss Family Robinson.

It is also known as The Classic Family Theater Series. 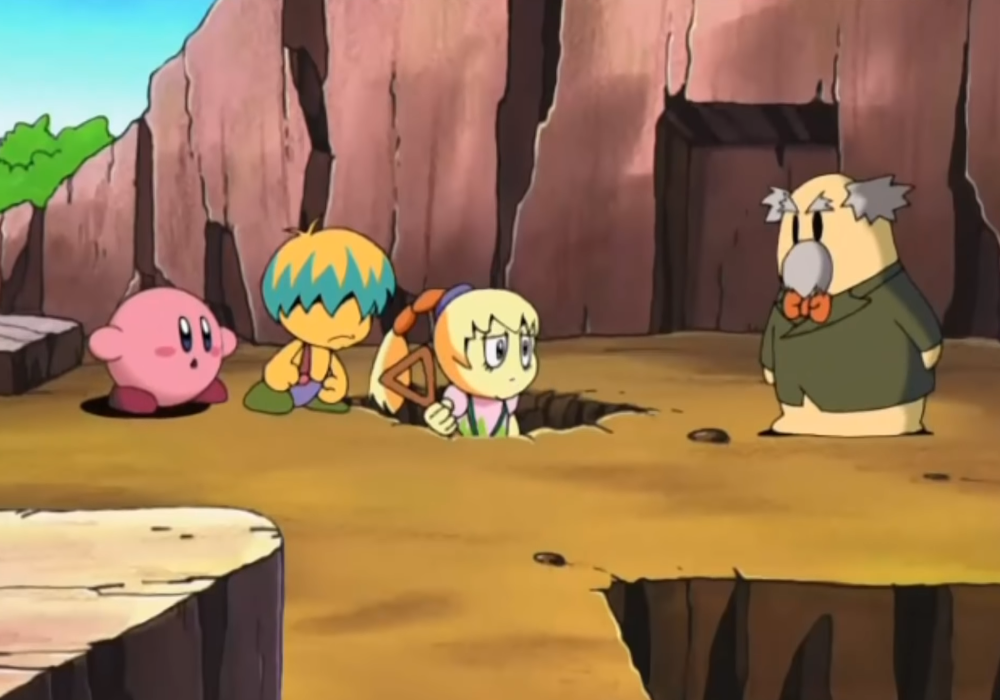 A pink squishy blob with a cute voice? For little kids, you can’t go wrong with Kirby!

This is an anime series based on the popular Nintendo Kirby games.

In it, Kirby crashes on a planet called Popstar and meets the siblings Tiff and Tuff. Kirby quickly befriends them and joins them in their fight against the evil emperor Nightmare.

Their peaceful time together sometimes gets interrupted by King Dedede’s antics!

The creator of the original Kirby game, Masahiro Sakurai, also supervised the anime’s production and said that, just like the games, he wanted a show that can be enjoyed by both kids and their parents.

The game started as something even a beginner could enjoy, and he wanted that spirit to carry over to the animated series. 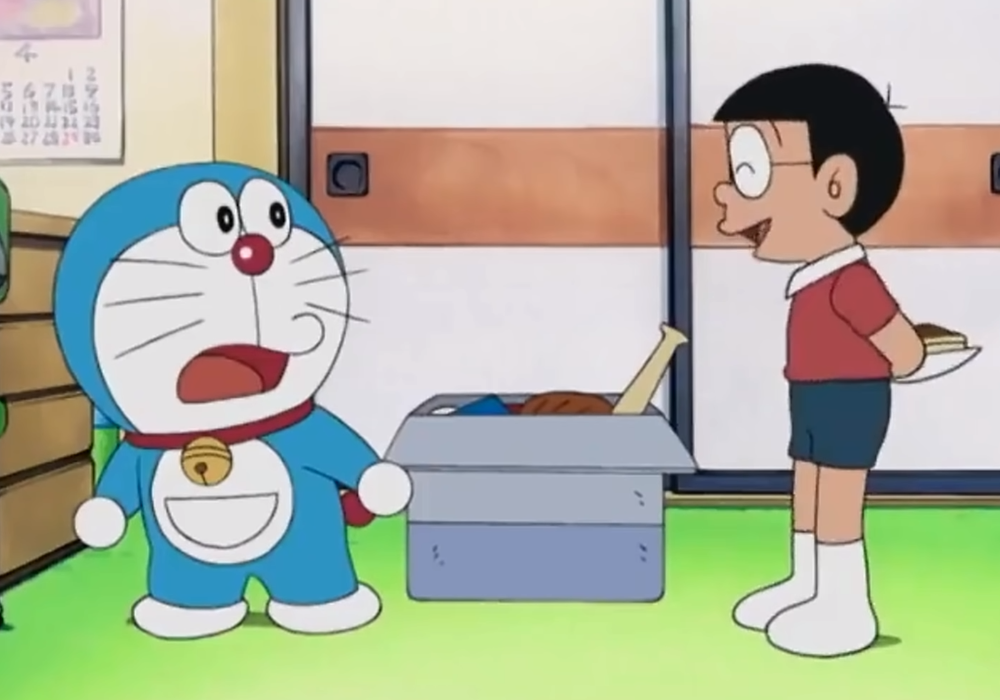 This is another classic anime that’s popular among kids in Japan!

Nobita is a 10-year-old boy who is kind and earnest but also lazy and unlucky. Because of a series of misfortunes, his grandson in the future sends Doraemon, a robot cat, to take care of him.

Doraemon has a 4D pouch with futuristic gadgets and tools that help Nobita with his daily troubles, as well as help Nobita learn a lesson in each episode. 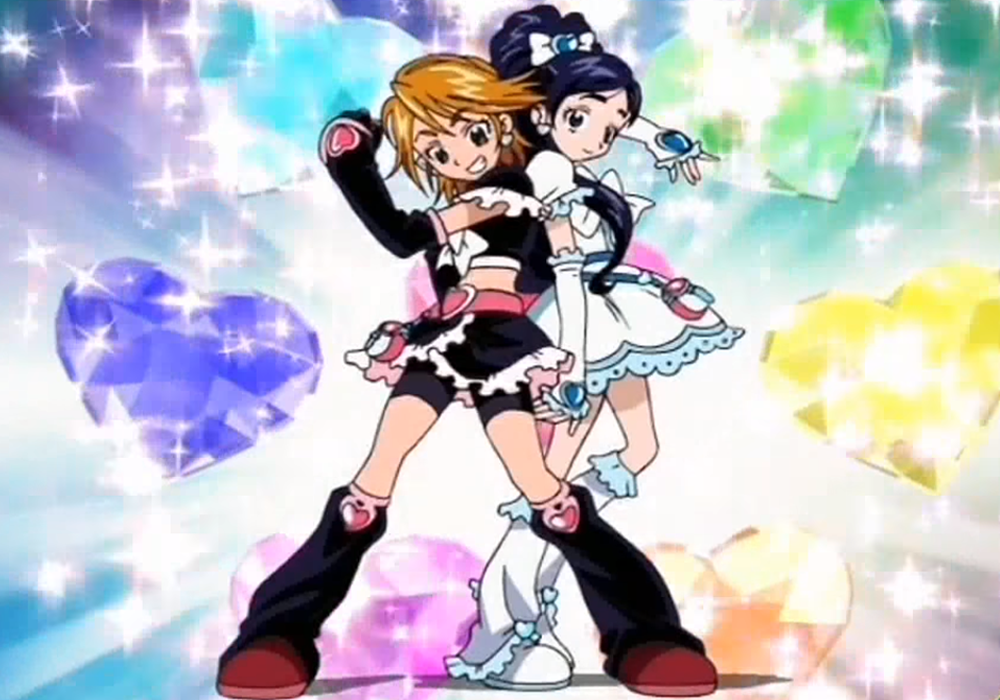 More mahou shoujo, you say? We got you covered with Pretty Cure!

This long-running magical girl anime is about different groups of girls that turn into legendary warriors, thanks to the magical items given to them that allow them to transform.

As warriors, they are called the Pretty Cure. They have magical powers and enhanced strength, which they use to battle against monsters that spread misery to the world. 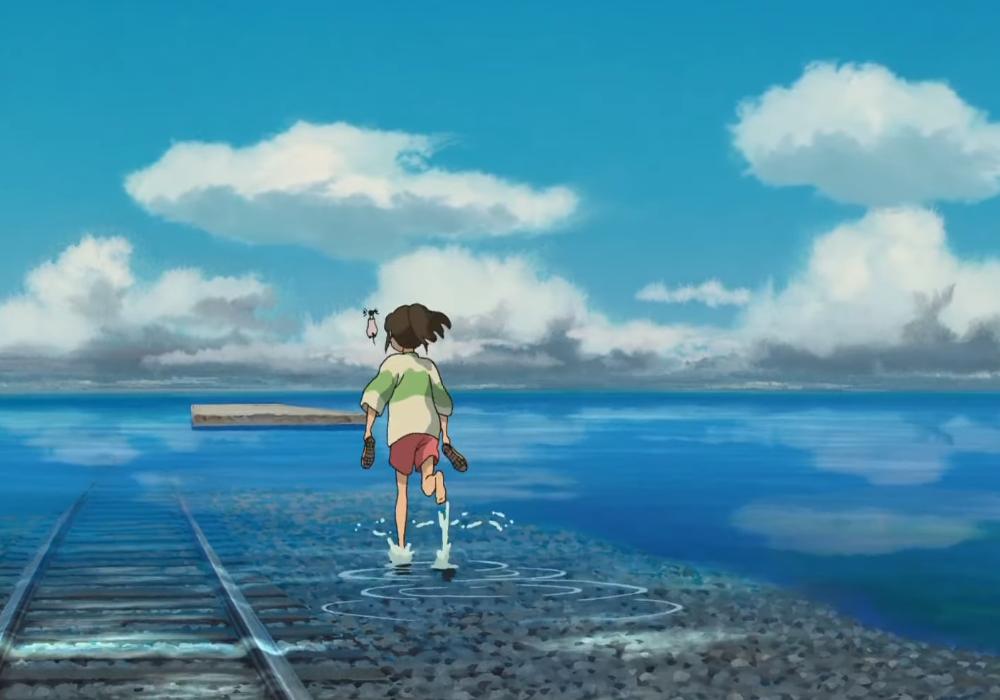 What would you do if your parents suddenly turned into pigs and you had to work at a magical bathhouse to save them?

This is what 10-year-old Chihiro had to face in Spirited Away.

This magical, fantastical, and adventure-filled movie takes you on a journey of being brave, having friends, extending a helping hand, and growing up.

This coming-of-age animated movie from Studio Ghibli won the Best Animated Feature award during the 75th Academy Awards in 2003.

It is still the only hand-drawn and non-English animated movie to win an Oscar to date. 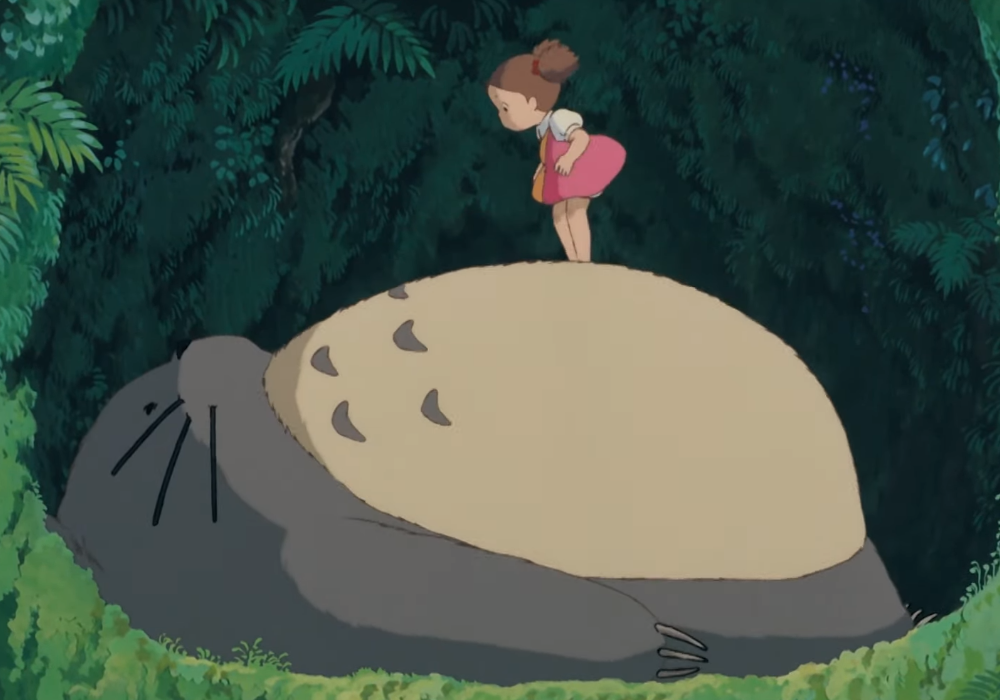 This is another Studio Ghibli classic about two sisters in the countryside and the magical adventures that took place in their new home.

Satsuki and Mei are two sisters who just moved to a new house with their father. Their pregnant mother is still in the hospital recovering from being unwell.

The stress of moving to a new place and the uncertainty of their mother’s health have made the sisters worry, but a mysterious forest guardian helps them get through it. 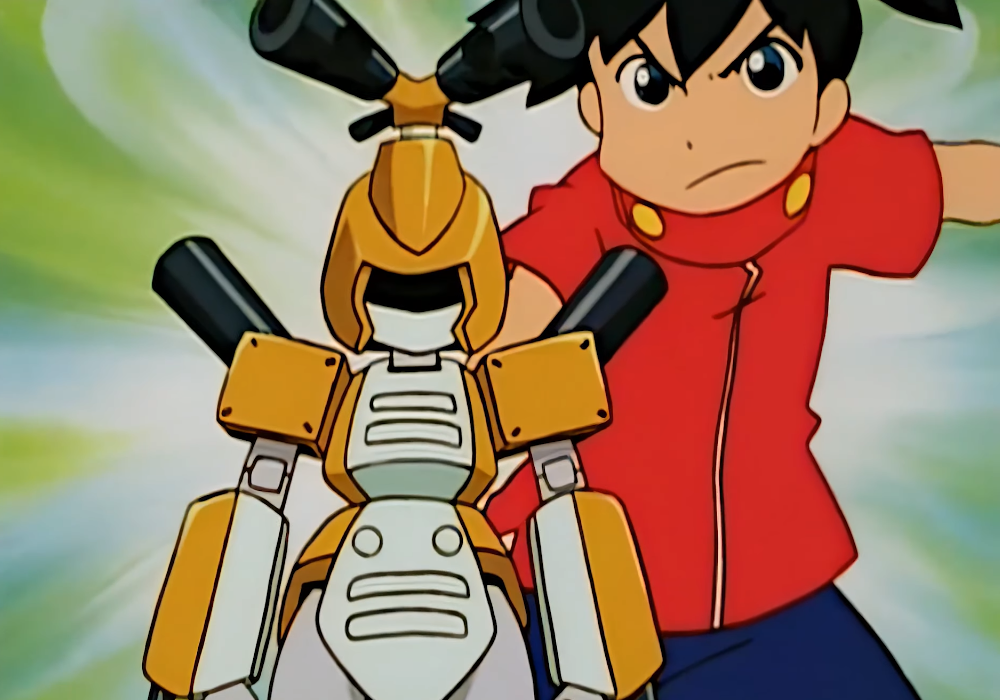 Young Ikki, the protagonist of this show, wants his own Medabot. Unfortunately, he can’t afford to get one.

A generous shop worker offers an old Medabot stored in his shop, and the rest is history for Ikki and his Medabot partner Metabee.

If your kid loves robots, friendship, and the shounen genre, Medabots is a great anime to watch.

Even though it aired some time ago, Medabots has a unique art style that makes it stand out and seem timeless. 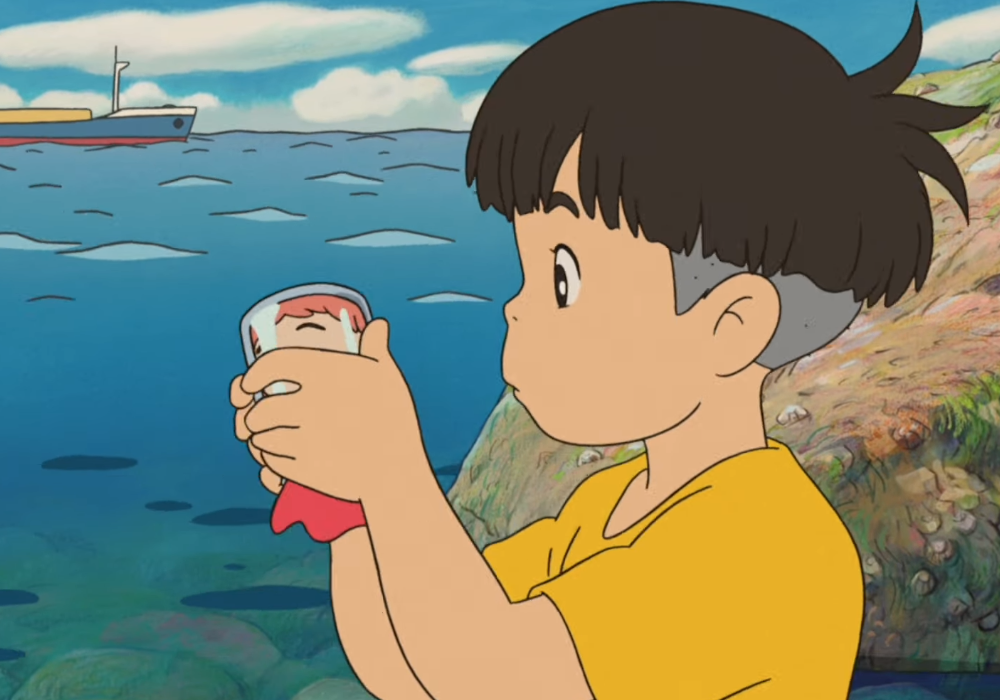 Ponyo drifted away from her wizard father and fish siblings and met Sosuke in a small fishing town. They spent some time together and became fond of each other.

Because of their different origins, they, unfortunately, cannot be together.

But their dedication to each other was so strong that they overcame the difficulties of their love and friendship. 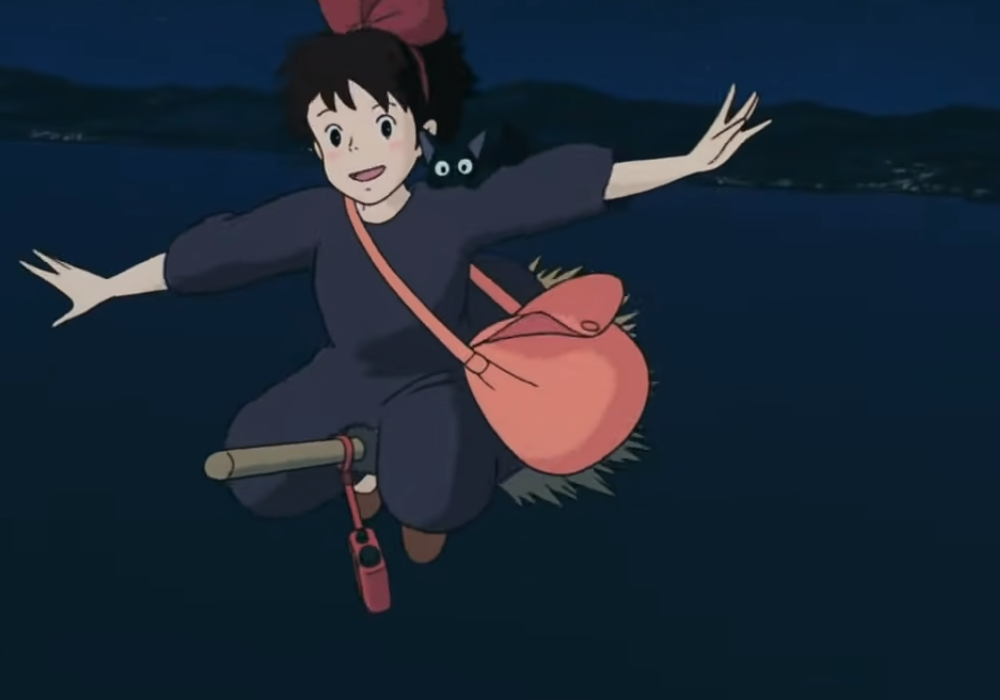 Kiki is a witch-in-training eager to leave her mark in the world. She goes to a seaside town to use her magic to train and get work.

It isn’t smooth sailing for Kiki and her black cat, Jiji, however, and they find out that dedicating yourself to your craft can have its ups and downs.

This is a great movie to show kids about hard work, responsibility, dedication, and perseverance. 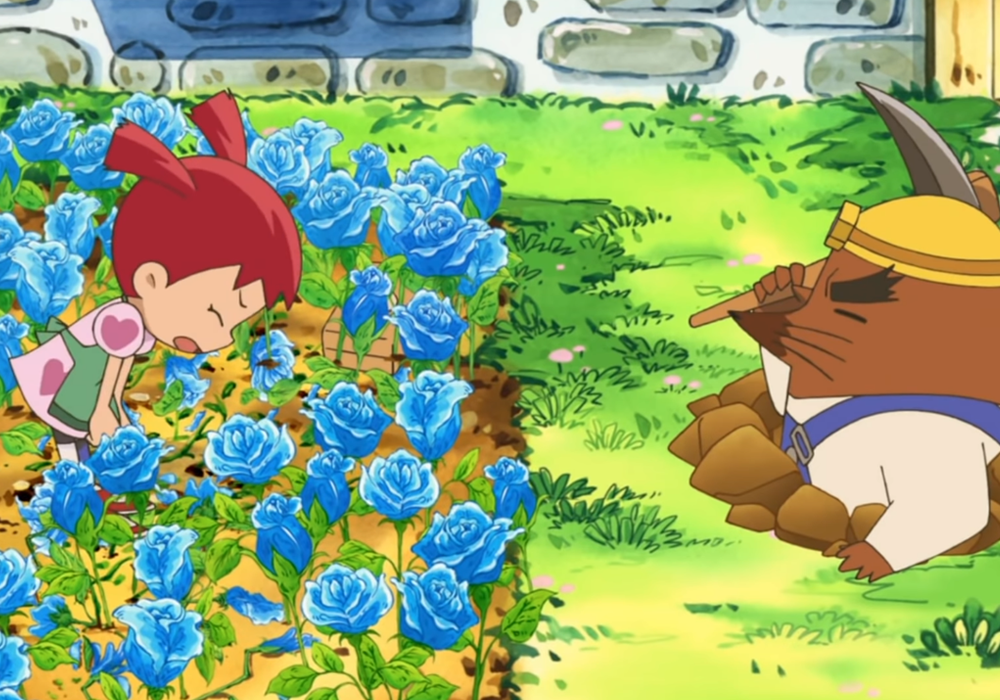 The game provided solace to a lot of people who were holed up because of the pandemic.

What a lot of people don’t know is that the game series actually had an animated movie years ago.

Animal Crossing: The Movie features a young girl named Ai as she moves to a new town, meets new animal friends, and works hard to reach her dreams of having a nice life in her new home.

If you’ve played the games, you’ll see familiar faces in the movie, like Tom Nook, Mr. Resetti, and Rosie.

It doesn’t have an official English release, but a group of fans made a fandub for it that can be viewed online! 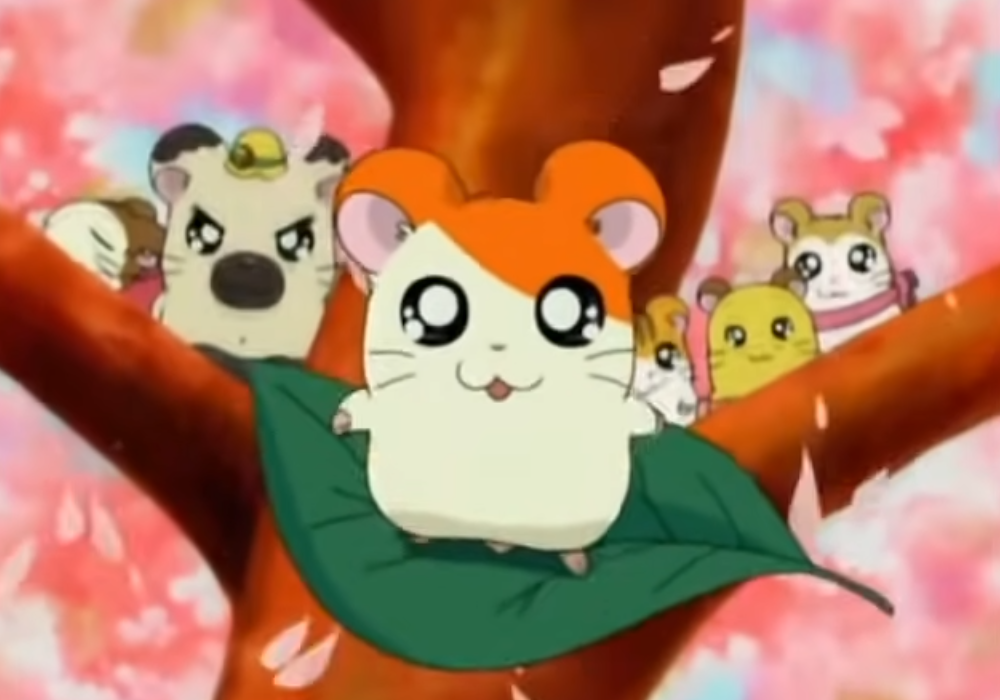 Hamtaro, our titular character, lives quite an exciting life for a hamster.

He is owned by a 10-year-old girl, Laura, and he goes on adventures with other hamsters known as The Ham-Hams. Adorable!

It’s just cute, wholesome adventures with this gang, and it’s why it gets the second spot on our list. 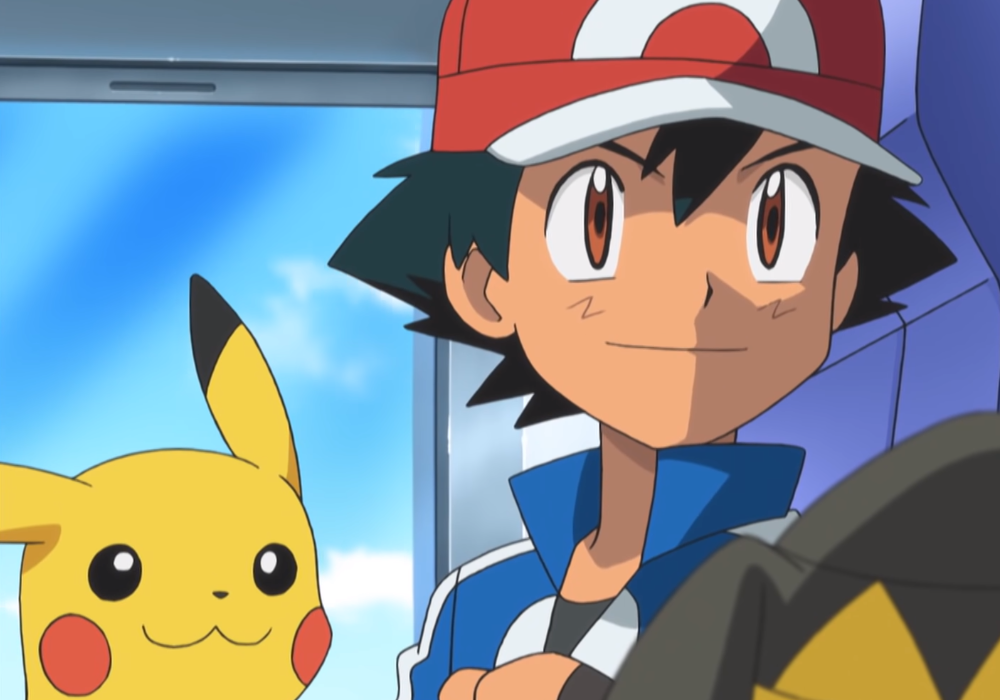 As one of the most popular games and anime ever, you’ve probably heard of Pokemon already.

It follows young trainer Ash and his partner Pikachu as they train and battle their way to be the very best Pokemon trainer there is.

Along the way, they meet friends and rivals that join them on their journey.

Not only is this a long-running anime with more than a thousand episodes, but they’re also still releasing new seasons to coincide with game releases, as well as a lot of cool merch and collectibles.

It’ll be a fun experience to watch it with your little ones!