Let’s reminisce about some of that, shall we? So join us in this trip down memory lane, and let’s remember the best moments in anime.

We won’t judge if you get emotional! We’re already teary from the nostalgia. 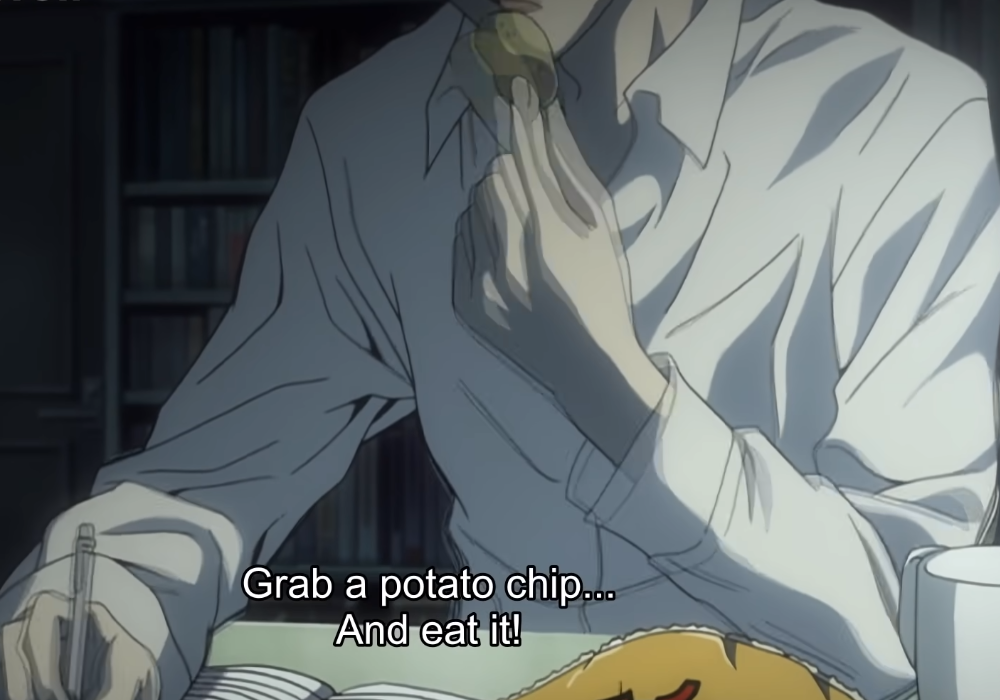 There are a lot of amazing moments in Death Note, but the one we feel we should include in our list is Light’s potato chip scene.

He was under surveillance and had to live life normally. While pretending to study and eating potato chips, he was secretly writing on a Death Note paper.

He announces this quite dramatically, and you bet it became a meme!

Let’s all take a potato chip and eat it! 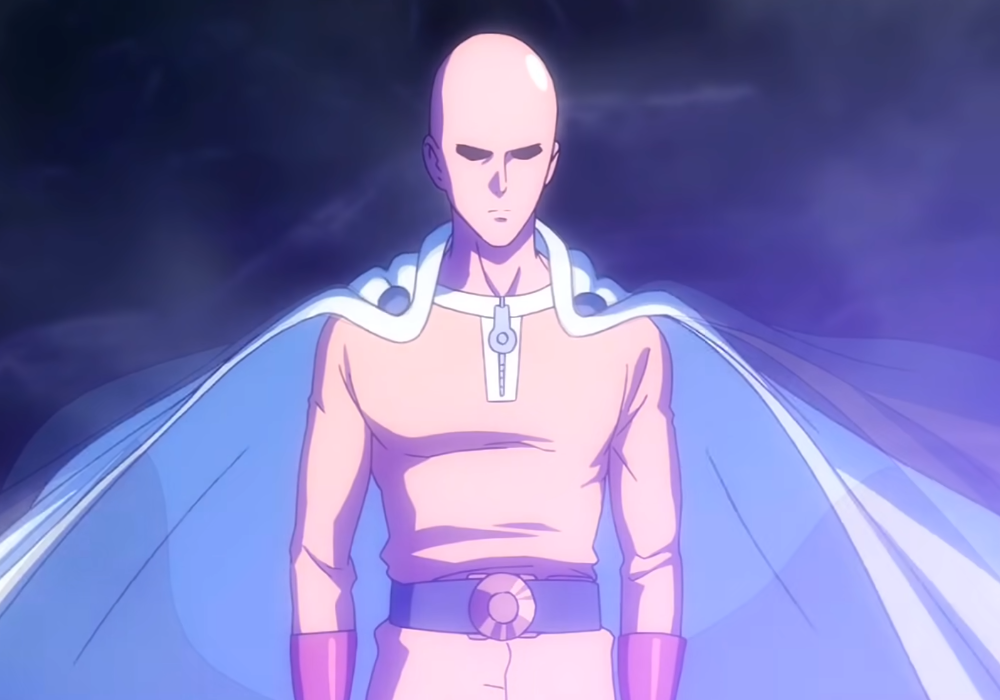 Saitama is usually quite blase about things. He is still quite dedicated to his hero job despite his poker face, but things can be a bit lackluster if you’re as strong as him.

So when he delivered quite a serious punch (literally called Serious Punch, by the way) during his fight with Boros, you can’t help but be awestruck by the moment. 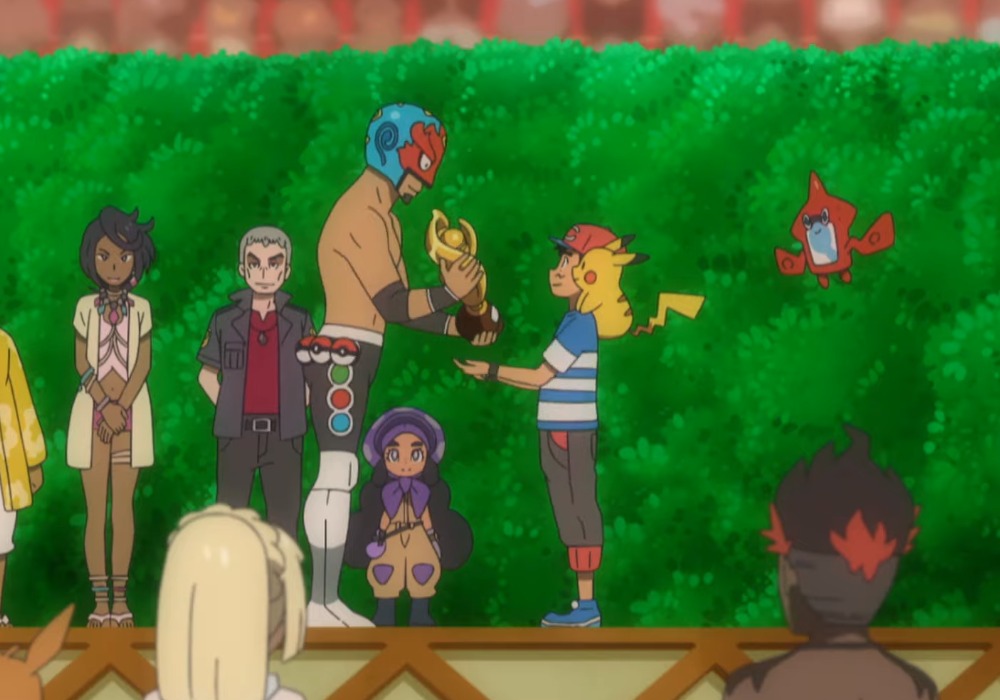 Ash has been traveling the world of Pokemon since 1997, and not once has he won a championship (not counting the anime and manga-only Orange League).

Maybe the writers think it’s kind of cliche if the main character wins.

Or maybe they want Ash to continue on his goal of becoming one of the greatest, and if he wins, people might think that’s the end of his journey.

But all that changed when he finally won his first championship during the Alola League. And hey, his journey actually continues on!

17. Rock Lee vs. Gaara and Dropping His Weights (Naruto) 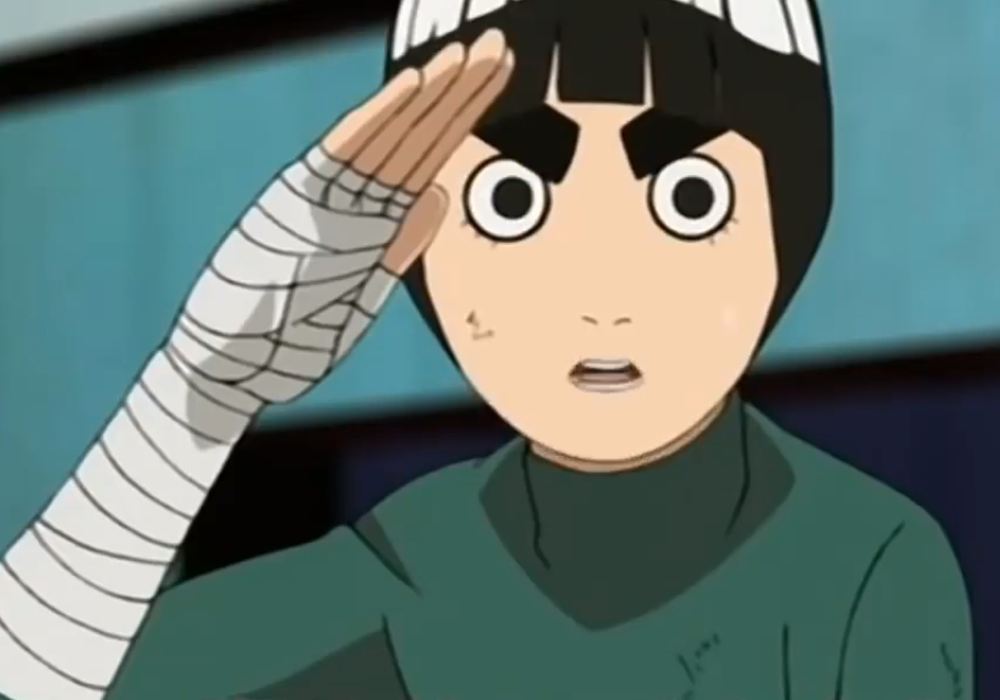 Naruto has a lot of amazing moments during its run. From power-ups and fan-favorite characters dying to awaited battles and revelations – it’s hard to pick one!

However, an amazing moment in its very early days that we feel should be mentioned is the Rock Lee and Gaara fight.

Gaara is this brooding and mysterious new character who is clearly very strong.

Rock Lee is a bit of a comic relief character, plus he’s unable to use ninjutsu, making him the underdog in the fight.

So it was really impressive when he dropped some of his training weights and fought toe to toe with Gaara!

16. When Mitsuha and Taki Finally Meet (Your Name) 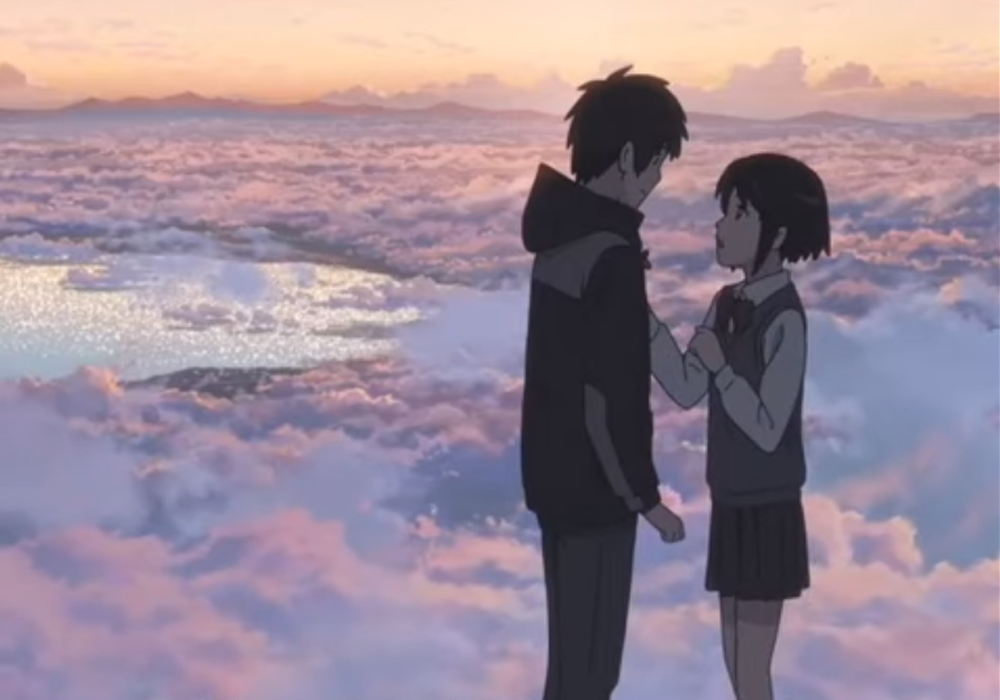 Due to some bizarre and magical situation, they were able to swap bodies. Mitsuha would wake up as Taki and enjoy his Tokyo life.

Taki would be in Mitsuha’s body and experience her rural reality.

Despite their situation, they both end up falling for each other. So when they finally met, it’s quite an emotional scene for a lot of viewers! 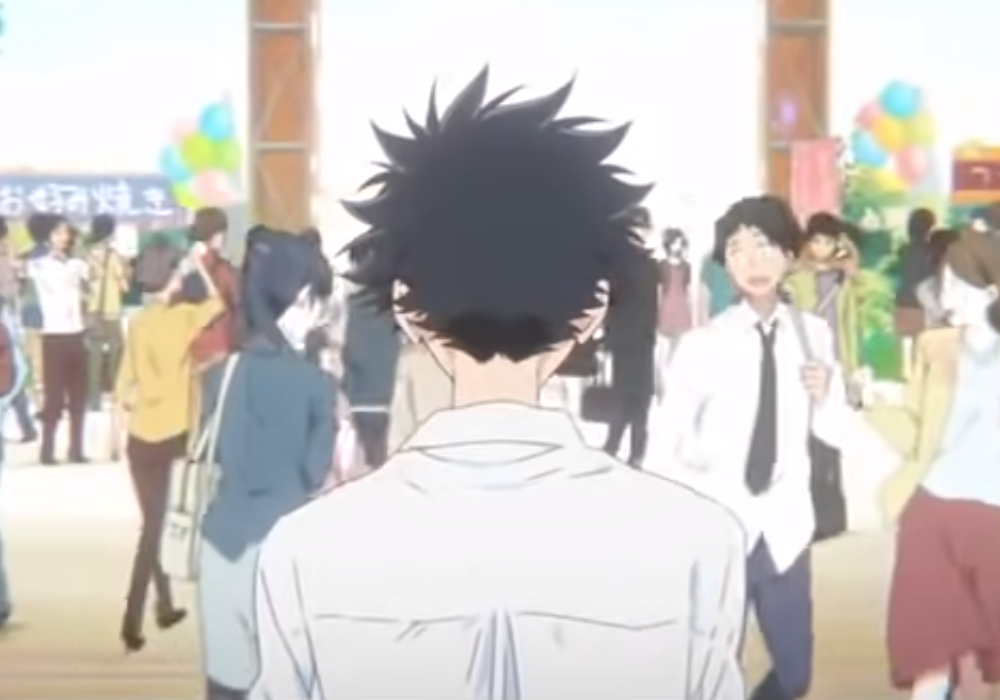 The tears don’t stop yet! Here’s Shoya’s emotional scene during the end of A Silent Voice.

Shoya made some mistakes as a kid. He bullied a deaf girl until she transferred to another school, and then he himself got bullied as well.

That really affected him and opened his eyes to his wrongdoings. He tried to atone for his past, and only in the end did he feel like his world had changed for good. 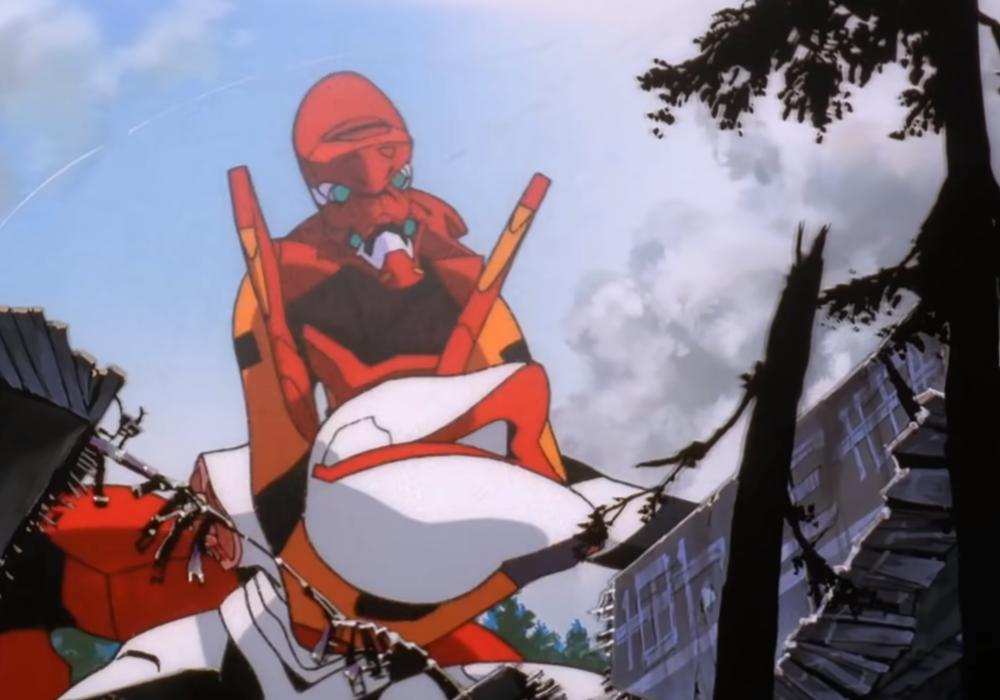 Let’s get back to the action, shall we? Punching left and right in this list is Asuka in her memorable fight with a bunch of Evas.

From the moment she was introduced, Asuka has always been a badass. She’s a go-getter and is eager to show what she can do with her Eva piloting skills.

But fighting multiple Evas is a whole different level, and viewers were treated to an awesome mecha combat featuring Asuka. 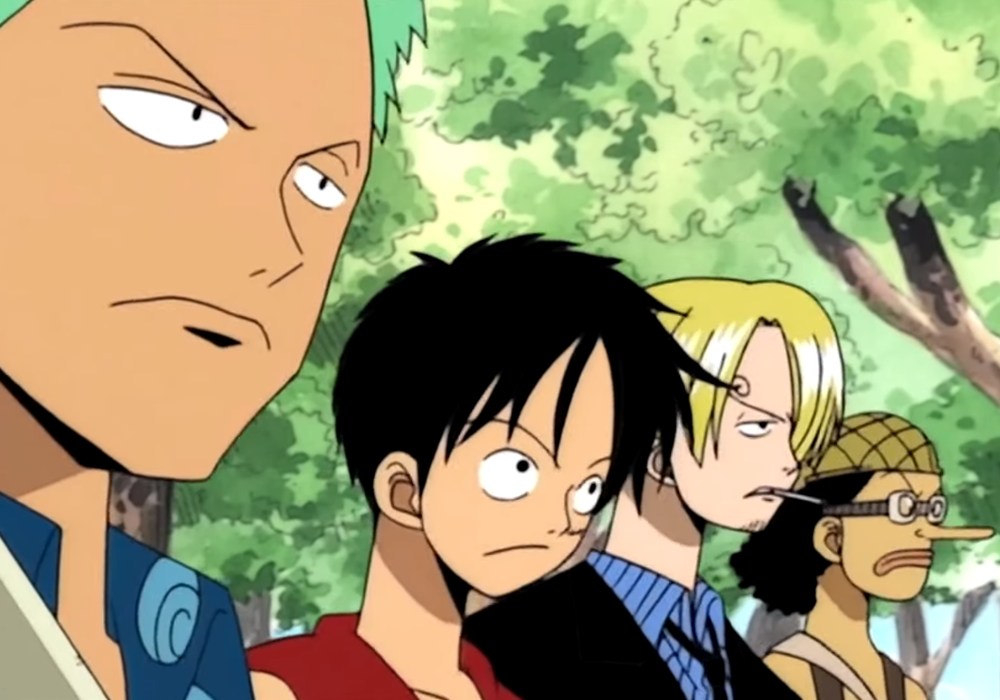 Like most of the shows listed here, One Piece has a lot of noteworthy scenes.

From Luffy absolutely bawling over someone’s death to the crew momentarily splitting up, their voyage is full of memorable moments.

But a great moment happened very early in the show. At that point, Nami wasn’t even a part of them yet. She didn’t even want to open up to them.

However, Luffy knew she needed help with Arlong. And so, along with his tiny (for now) motley crew, he coolly walked to where Arlong was.

And when he gets there? He says, “Now, which one of you is Arlong?” Never change, Luffy. 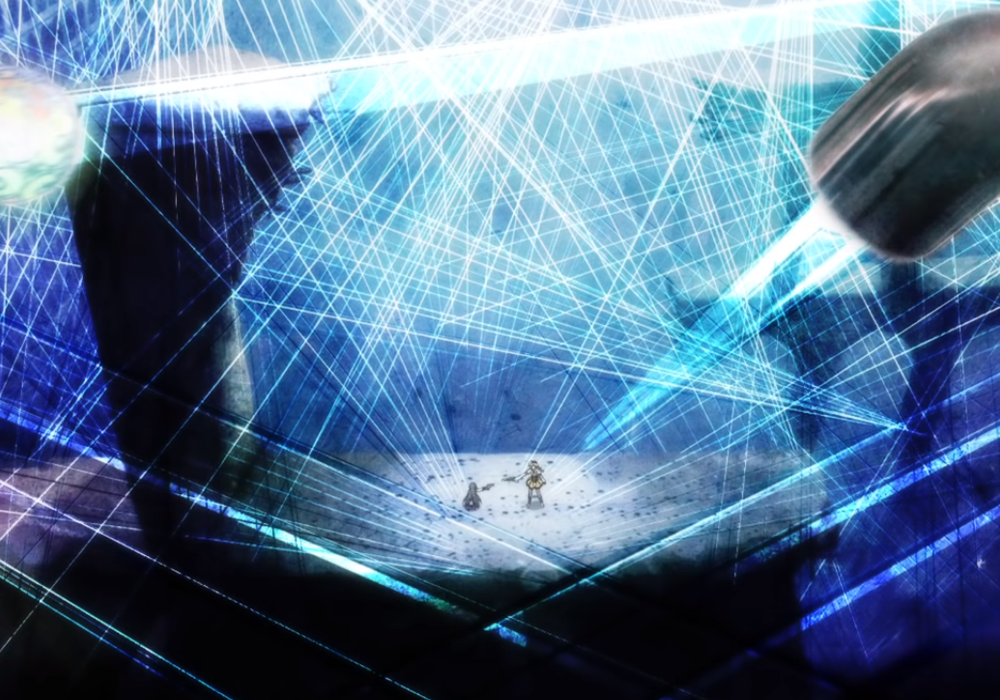 Madoka Magica is a mahou shoujo show full of surprises and suffering. And while the main series had a lot of shocking and gasp-inducing scenes, the Rebellion movie had its own surprises.

In this strange world they’re in, Homura and Mami do not see eye to eye, and tensions rise between them. This culminates in a long gunfight between the two!

Where else can you find magical girls duking it out with guns? 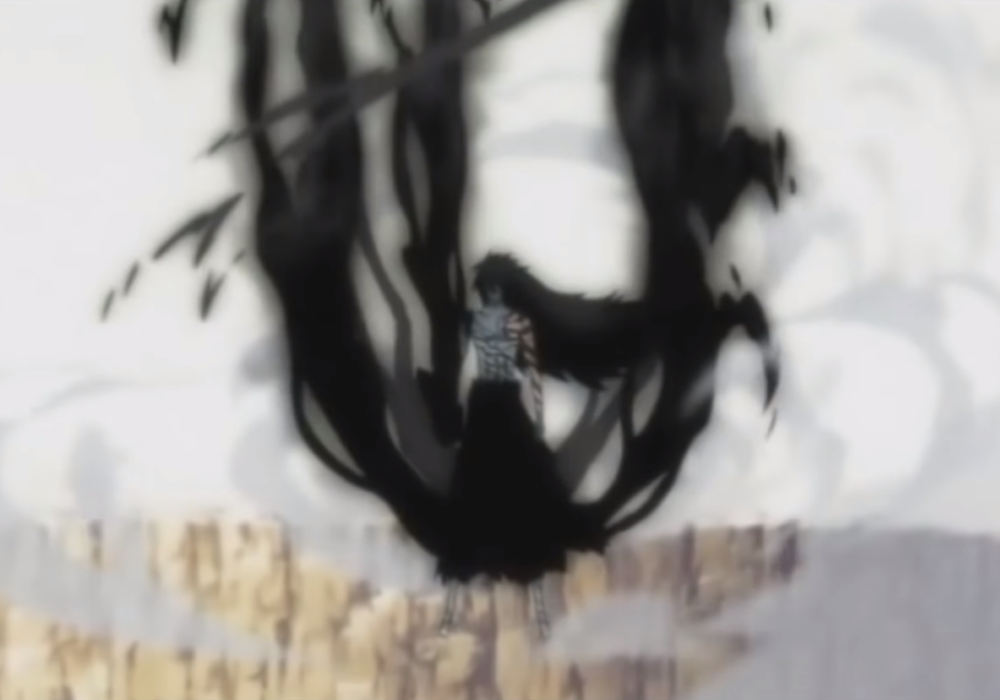 In Bleach, we’re always in for a surprise regarding Ichigo’s powers and history. “Oh, he’s a Shinigami, and his sword is pretty unique. Wait, he’s a Quincy too!”

The surprises don’t stop there. In his final fight with Aizen, he unleashes his ultimate move, the Saigo no Getsuga Tensho. It’s a risky move since he can lose all his Shinigami powers with this.

With this technique, Ichigo becomes Getsuga itself. He transforms, turning his hair all black and long, and gets blueish bandages on his upper body and face. Black flames or aura emanate from him. 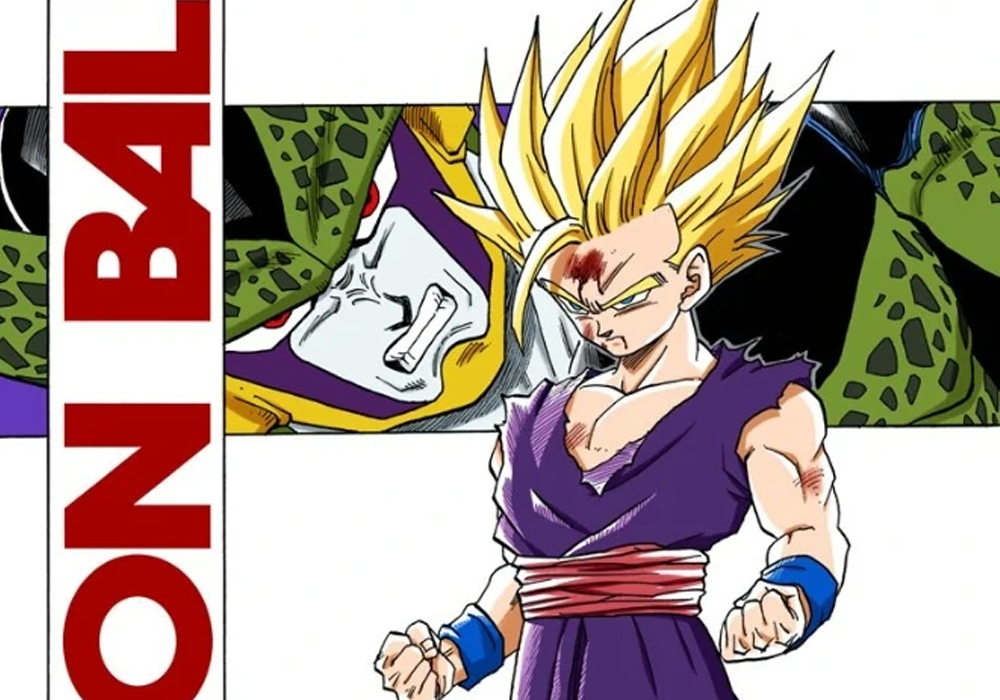 Gohan has always been this meek and studious boy. He tries his best but avoids fights if he can.

So it was a shock for everyone when Goku revealed that Gohan is the strongest of them all and can fight Cell.

The rest of the fighters are down and beat. Cell taunts them and finds the idea of Gohan fighting him ridiculous.

But Goku was right. Gohan is apparently the strongest fighter in their universe. 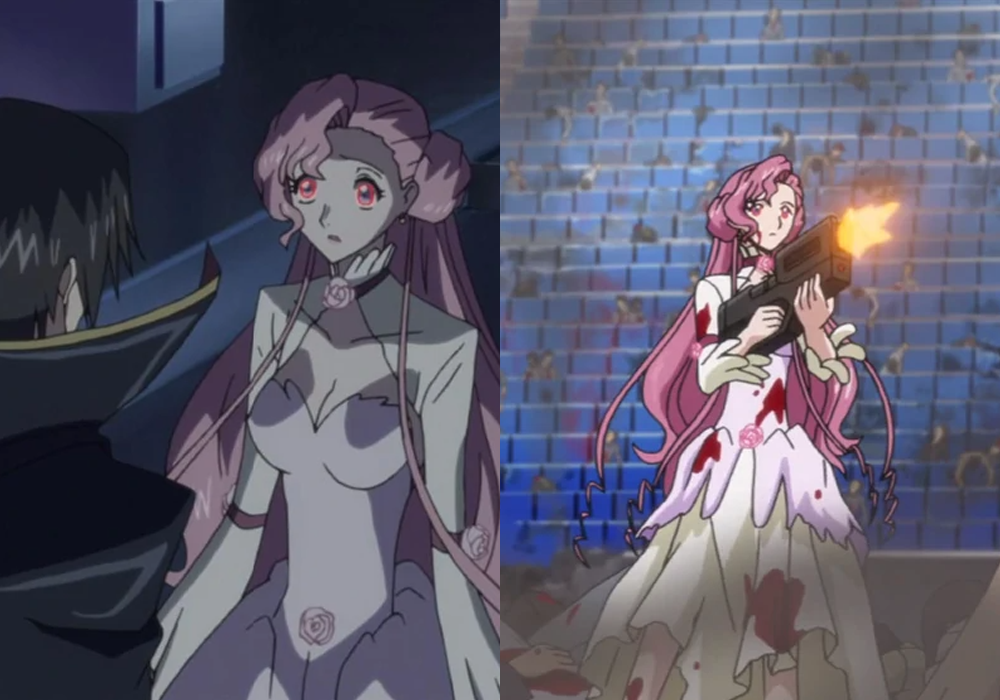 In his quest to get revenge, Lelouch has caused death and suffering to some people. Unfortunately, he didn’t think he could do that to his own half-sister.

Euphemia wanted to bring peace to Britannia and Japan, as well as help Lelouch.

Sadly, the moment they came to an understanding, Lelouch’s Geass malfunctioned, and he accidentally ordered Euphie to kill Japanese people.

It’s not a happy one, but it’s one of the best anime moments due to it being heartbreaking and shocking. 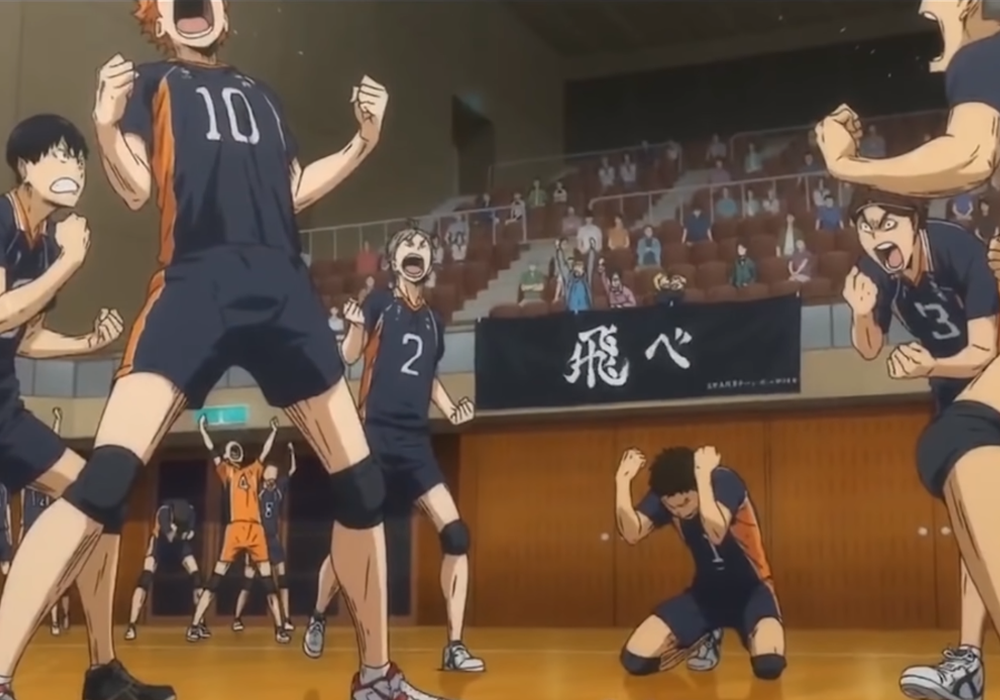 In the first season, Karasuno tasted defeat at the hands of Oikawa and Aoba Johsai in the Interhigh Preliminaries. It crushed them but also made them eager to try again.

So for the Miyagi Spring Qualifier Semifinals, they came back mightier than ever.

During the last five minutes of the match, it was a heated battle between the two teams, saving the ball again and again.

But Hinata sees an opening, and he hits the ball just through the fingers of the opponent. Oikawa tried to save it, but it was too late. The point goes to Karasuno, making them the winner!

This series is not called Hype-kyuu by fans for nothing! 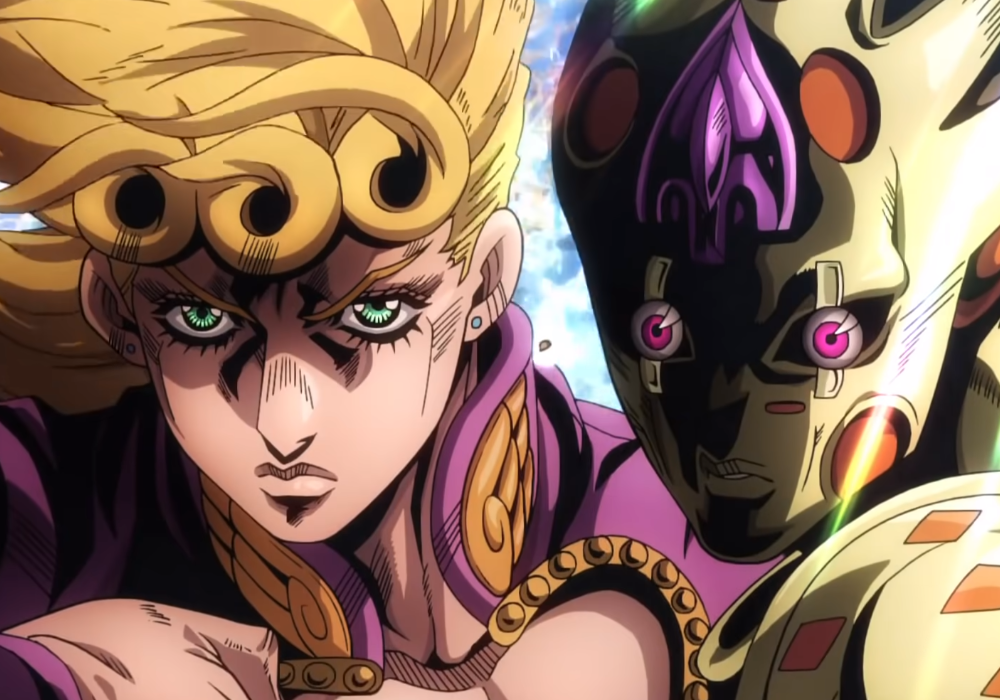 I know, I know – JoJo has a lot of awesome and bizarre (heh) moments. But this one stands out because of how insane a power-up Gold Experience gets.

As is, Gold Experience’s powers are already great. It can infuse life energy, create flesh and organs, reanimate the dead, and sense life.

Its ultimate move, Return To Zero, reverts things back to “zero” and removes any changes that happened. It’s basically a ctrl+z in real life! 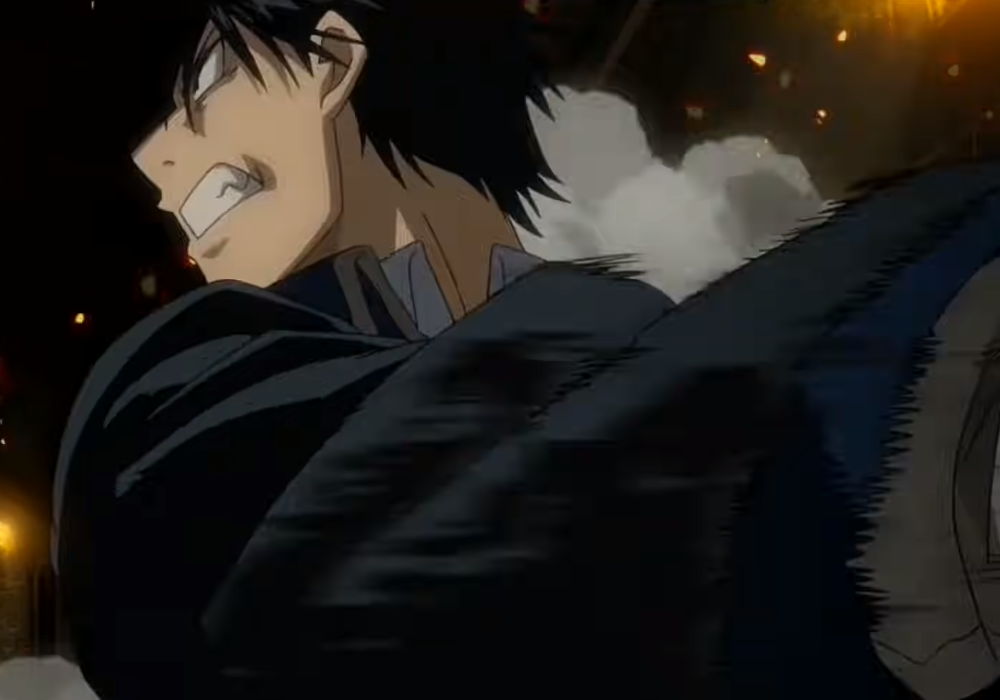 If there’s one thing we learned from this encounter, it’s to never anger a fire alchemist like Roy Mustang.

Enveloped by his rage upon knowing that Envy is the murderer of his dear friend, Roy goes all out at him with his fiery fury, reducing him to his parasitic form. 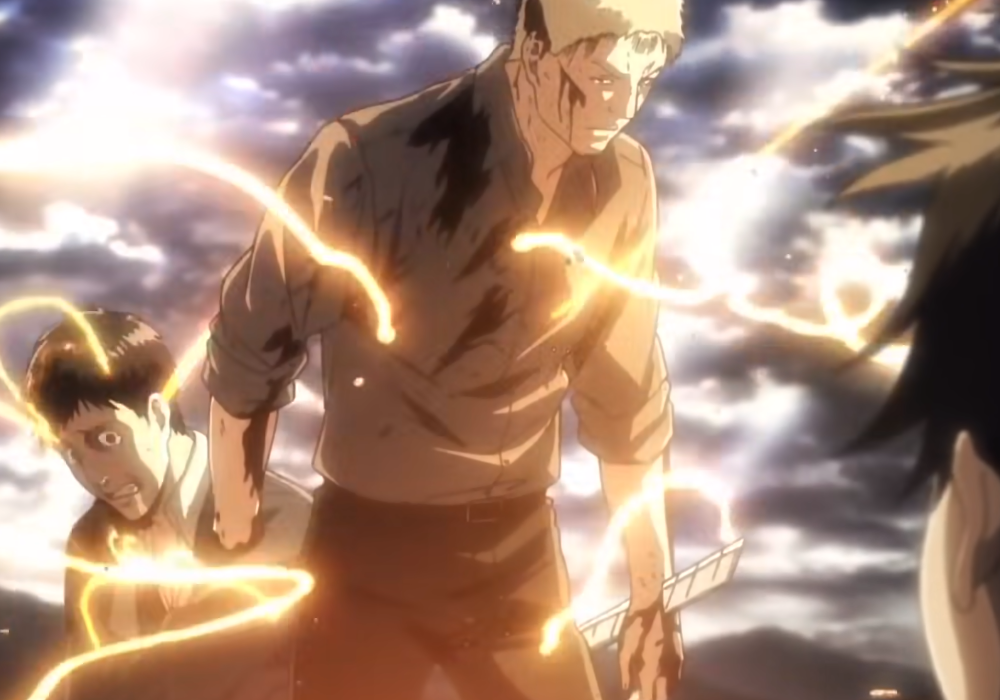 Attack on Titan thrives in surprises. In episode one, Eren already lost his mother to a titan. It’s been shock after shock since then, in grand and epic ways.

So when Reiner and Bertholdt casually revealed they were the traitors all along, everyone needed a dang minute to process it. “Hold on, you guys are what now?”

Yep, it turns out they were the Armor and Colossal Titans all along. To reveal it in such an anticlimactic way made it quite chilling instead. 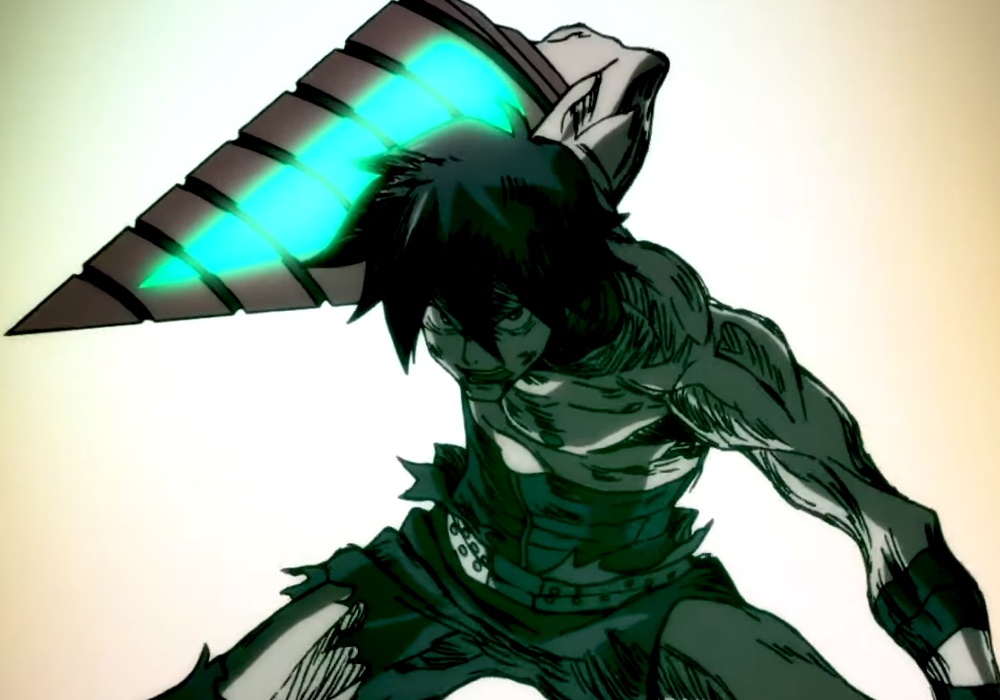 All throughout the show, the character would declare that their drill would be the one to pierce the heavens.

This started with the inspiring Kamina and passed down to Simon and such.

But in the finale, amidst the space-tastic chaos, Simon declares that his drill will be the one that will create the heavens instead.

His goal isn’t just to surpass things anymore. He wants to create a new world and new heaven for everyone, away from the stifling Antispiral.

What a way to end it all! 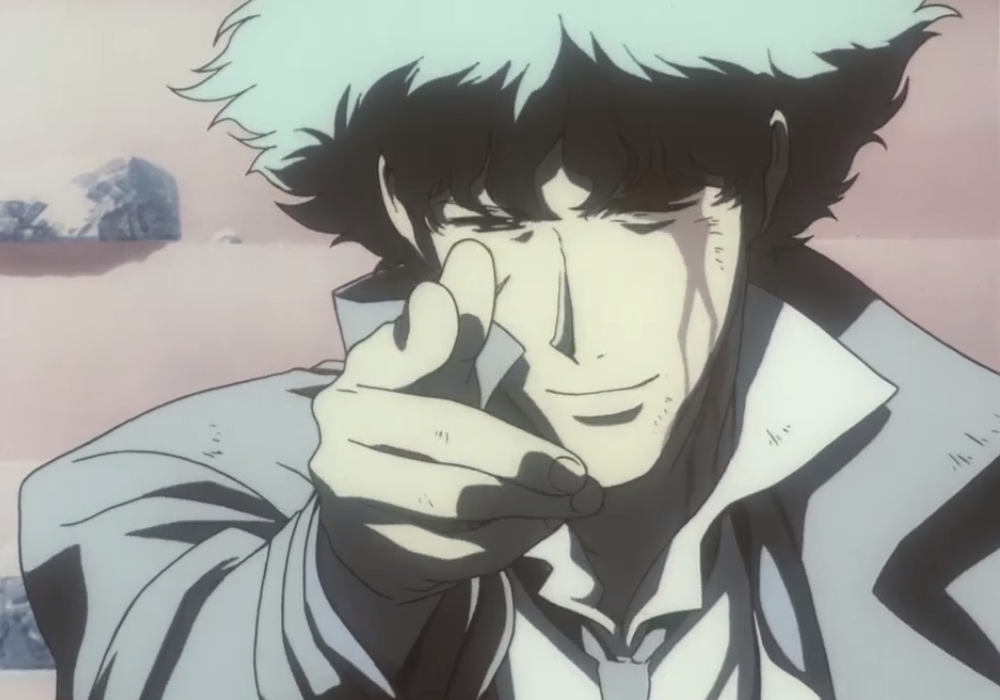 Spike’s past is quite mysterious, but we only get to see all of it in the end.

He’s bloodied and bruised and running away from the people out to get him. Through one eye, we see his current situation. Through the other is his story from yesteryears.

He then ends it all by doing a finger gun and saying bang. See ya, Space Cowboy. 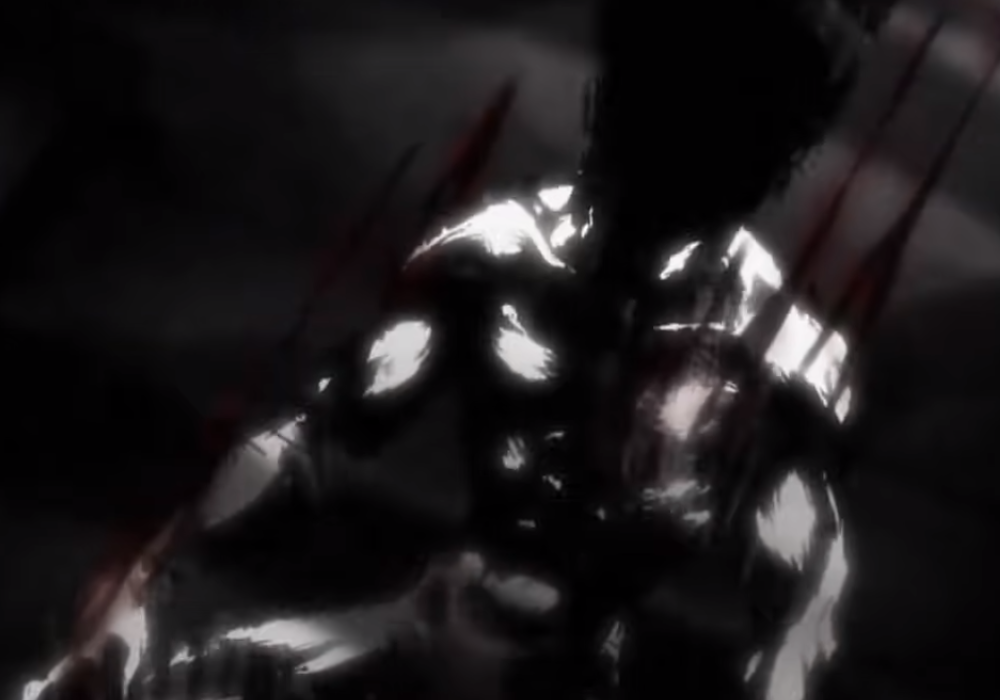 As far as shonen protagonists go, Gon is one of the purest and most earnest there is. He does what is right, will lend a helping hand, and even continues to inspire Killua to be a better person.

So when he loses it during the Chimera Ant Arc, the impact is quite tremendous. Here’s this sweet boy raging so hard he risks losing all of his Nen.

His transformation is quite memorable too. Take note – never ever anger the sweet ones!

1. All Might’s Battle With All For One (My Hero Academia) 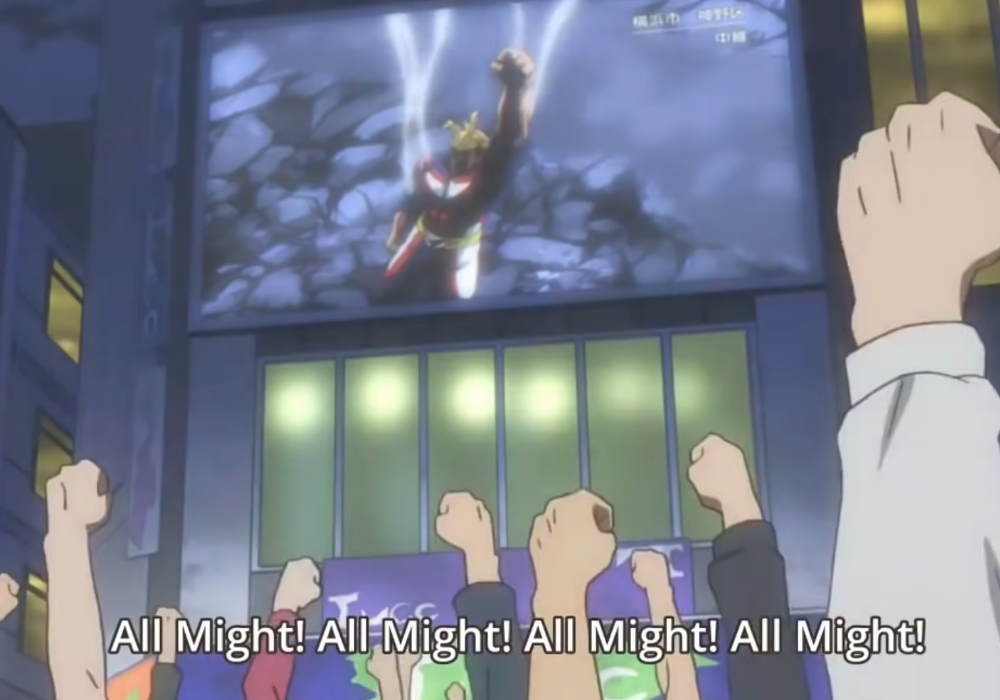 All Might knows he inspires hope in a lot of people. So even if his current condition is weaker than before, he pretends to be okay to make everyone feel safe.

During his encounter with All For One, he used up all his strength to defeat him. We eventually see the light of his powers go out, but not before he manages to raise his fist up in the air one last time.