Want to kill some time? How about this quick read on the best assassin anime out there right now?

In this list, we’ve got the classic 1960s stoic assassin, the adorable wife assassin, and even a whole classroom of assassins!

If you’re dying to know who these characters are or what shows they’re from, we’ll eliminate all the fluff and skip right to it.

15. The World’s Finest Assassin Gets Reincarnated in Another World as an Aristocrat 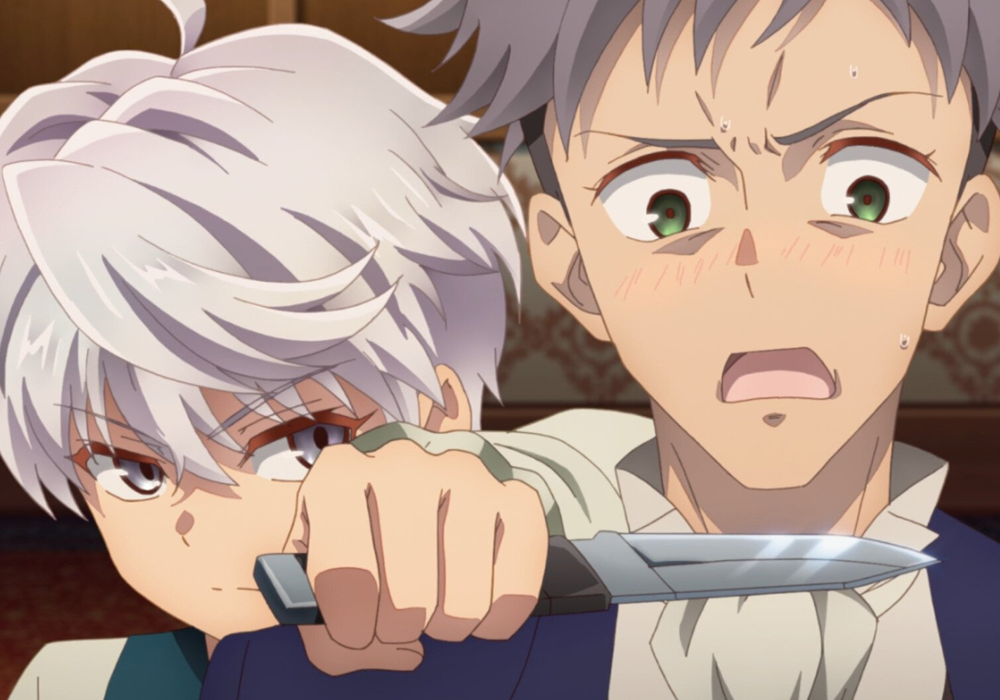 Whew, that’s quite the title!

Starting our list, we have this quirkily titled anime about an assassin getting reincarnated in another world.

In this new reality of his, he gets born as the eldest son of an aristocratic assassin family. His goal, given by the goddess who reincarnated him, is to kill the hero destined to destroy this world.

With his old skills and the magic skills he can learn in this new world, this reincarnated assassin is ready to face any hero. 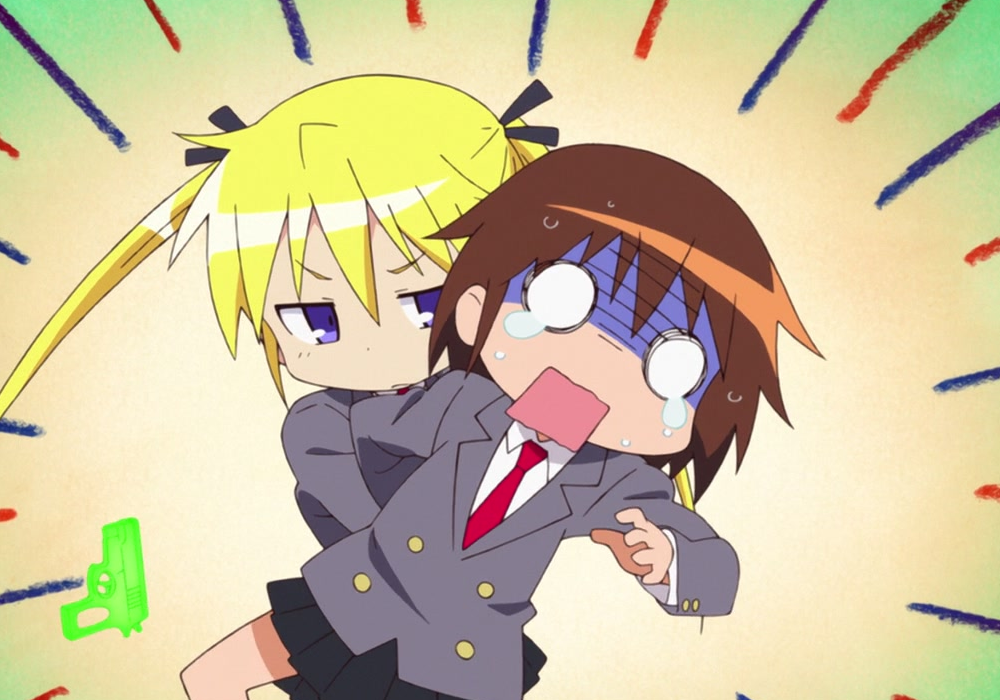 If you want your assassin anime to be on the cuter, chibi, and funny side, Kill Me Baby might tickle your fancy.

The anime follows Yasuna, a normal high school student, and her best friend, Sonya, who turns out to be an assassin!

The hijinks and comedy usually happen due to Sonya’s quick assassin reflexes kicking in. Yasuna surprising her with a hug? Well, Yasuna ends up with a broken neck!

Such is the life of someone with an assassin’s bestie. 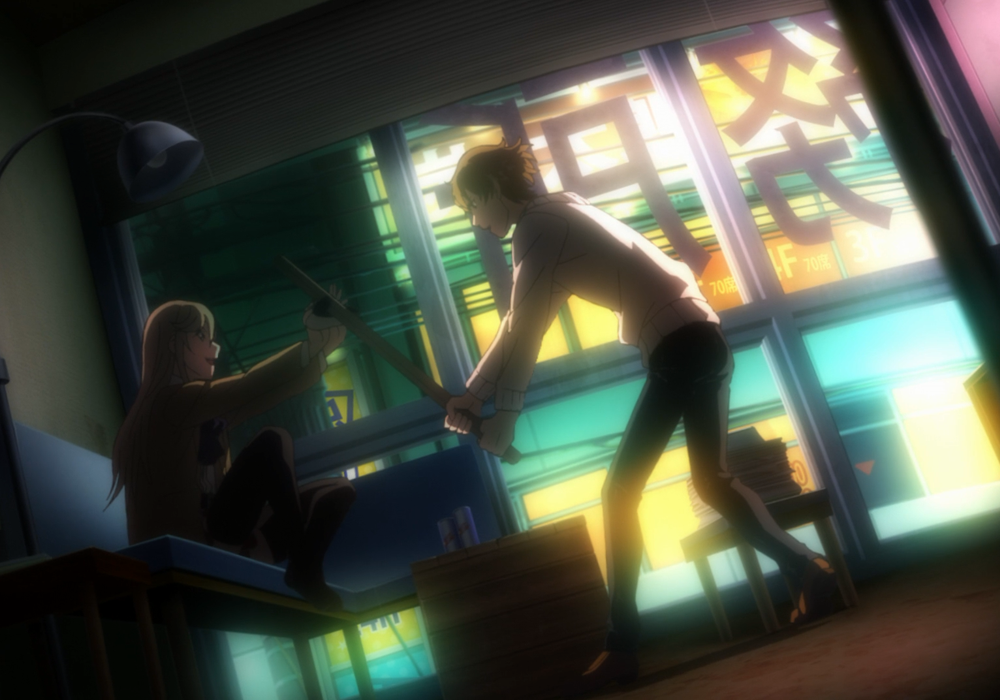 In the world of Hakata Tonkotsu Ramens, the city of Fukuoka is anything but peaceful.

On the surface, it might seem idyllic, but its underbelly is full of assassins, detectives, and other shady individuals doing black market work.

The story is about Lin, an assassin who’s tired of how his company treats his work and pay. On his next job, instead of doing a hit on a detective, he decided to work with him.

The laidback detective, called Banba, is actually investigating the assassin companies in the area. How will this unlikely friendship fare? 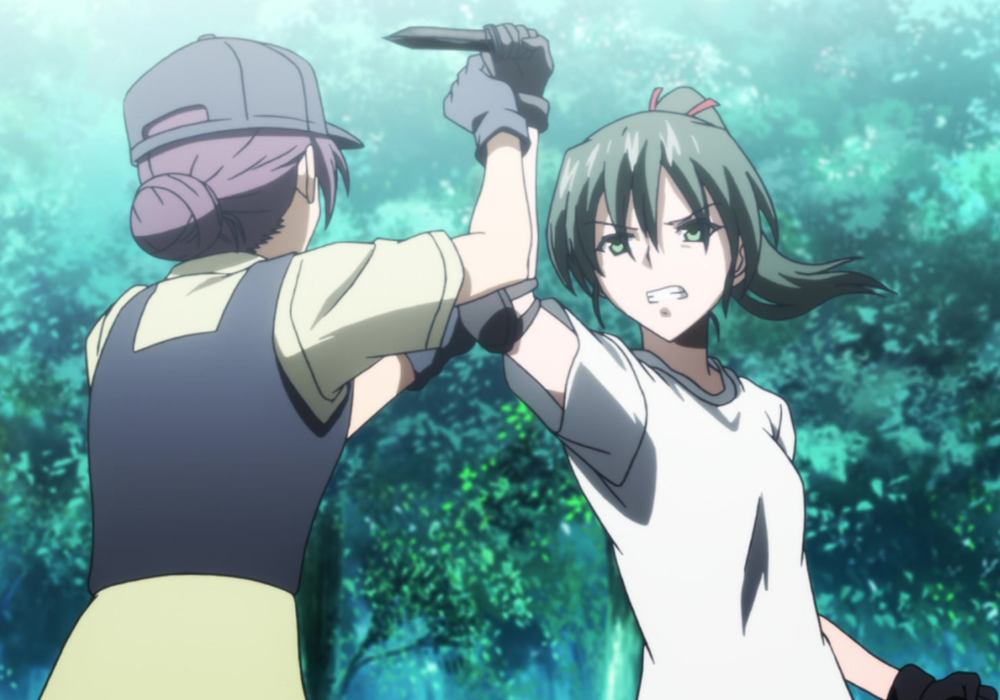 Going to an elite school is quite the privilege, but it can be tough if you have to do assassin activities!

Tokaku’s new school is a highly esteemed private boarding school for girls. In their special class, all girls are assassins, and they are tasked with killing one student.

The prize? Anything they desire! The punishment? Expulsion. And they only have one try!

While that sounds intense already, it’s even harder for Tokaku because she has befriended the target, the ever-so-sweet Haru. 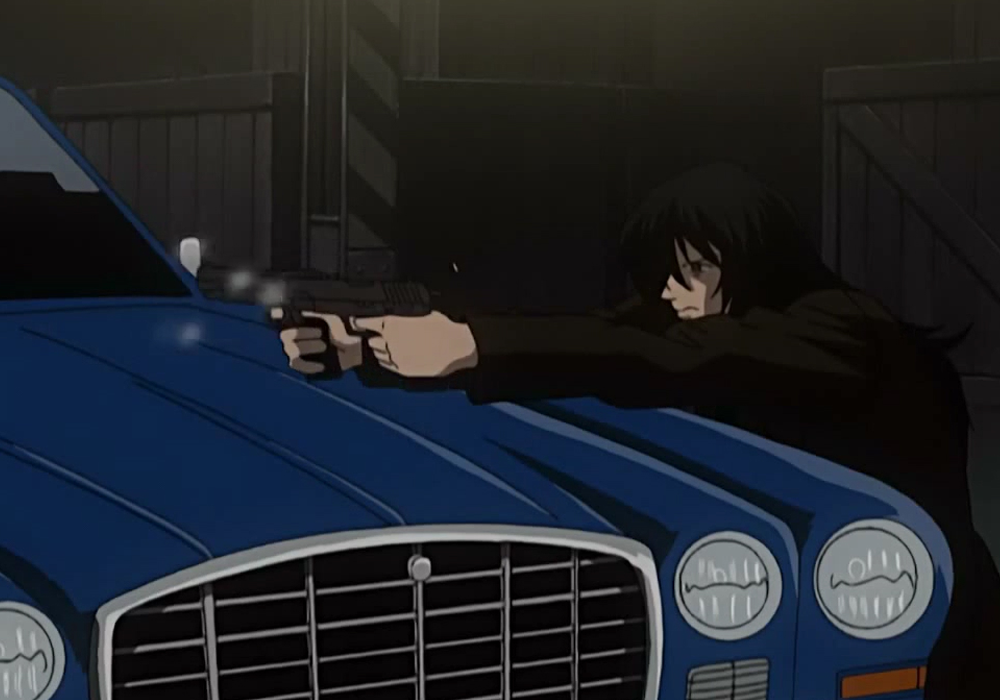 Gungrave is about two friends who try to navigate and survive a gritty and merciless world.

Brandon and Harry decide to join Millenion, the biggest and most ruthless mafia gang in their area. While the two share the love of an easygoing life, Harry is more ambitious, and Brandon just wants to keep the people he loves safe.

Harry wants to take over the Millenion someday and bring down its leader, Big Daddy. Meanwhile, the woman Brandon loves is under Big Daddy’s thumb, and so he tries to appease him.

Will their friendship be in grave danger? 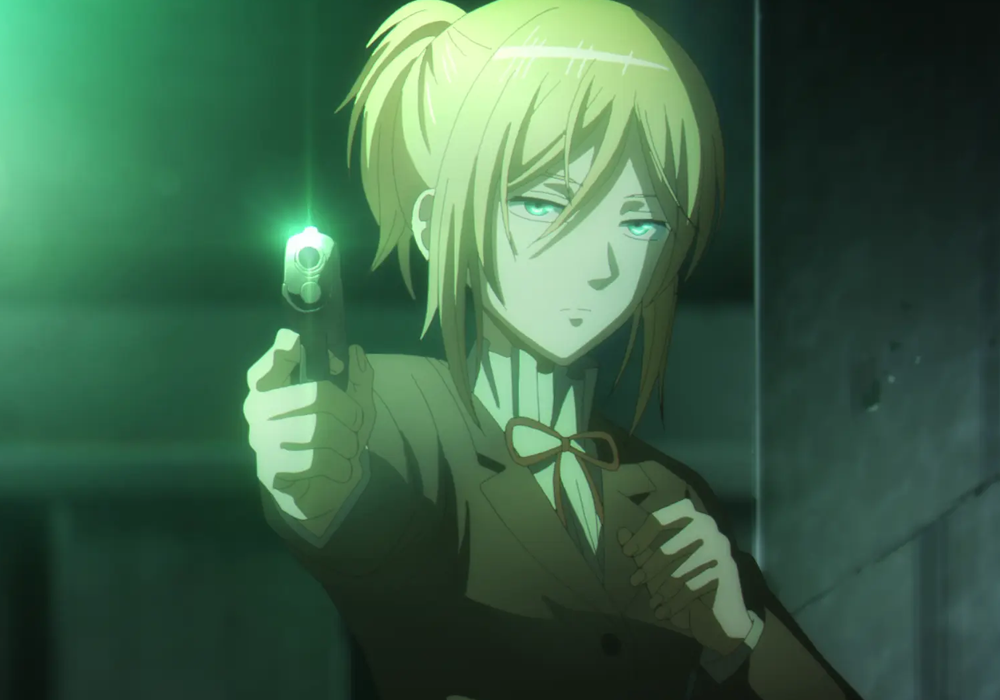 Who says love and assassination can’t mix? In Love of Kill, romance gets a killer twist.

Chateau Dankworth is a bounty hunter who’s confident with her skills. Surprisingly, she got overpowered by Song Ryang-ha, a highly-skilled assassin who became smitten with her!

He now wants to help her with her assassin tasks.

To make things more complicated, Chateau is asked to eliminate Song, who’s an ex-member of an assassin organization.

Love or career? It’s a tough choice for Chateau.

9. Phantom: Requiem of the Phantom 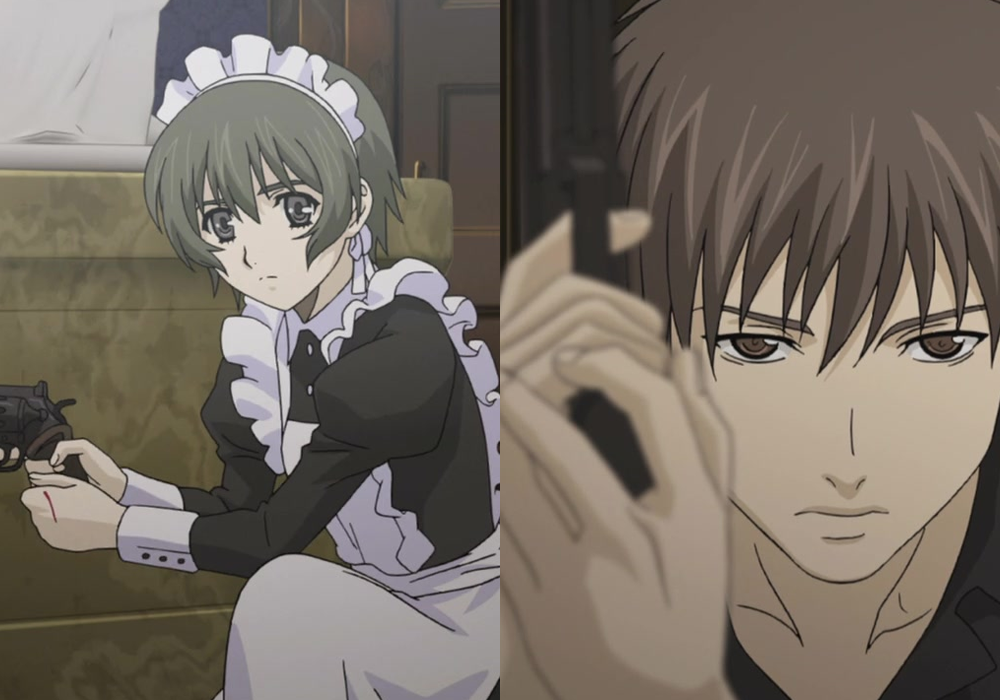 A tourist gets one hell of a vacation in this next entry.

After witnessing a murder done by an assassin, an unlucky tourist gets dragged, brainwashed, and has his mind wiped to hide what he just witnessed.

He is then given the new name Zwei and is now a puppet of an assassin organization.

But after some time, he’s hoping he can recover his memories and escape the grasp of his reality filled with assassination and lies. 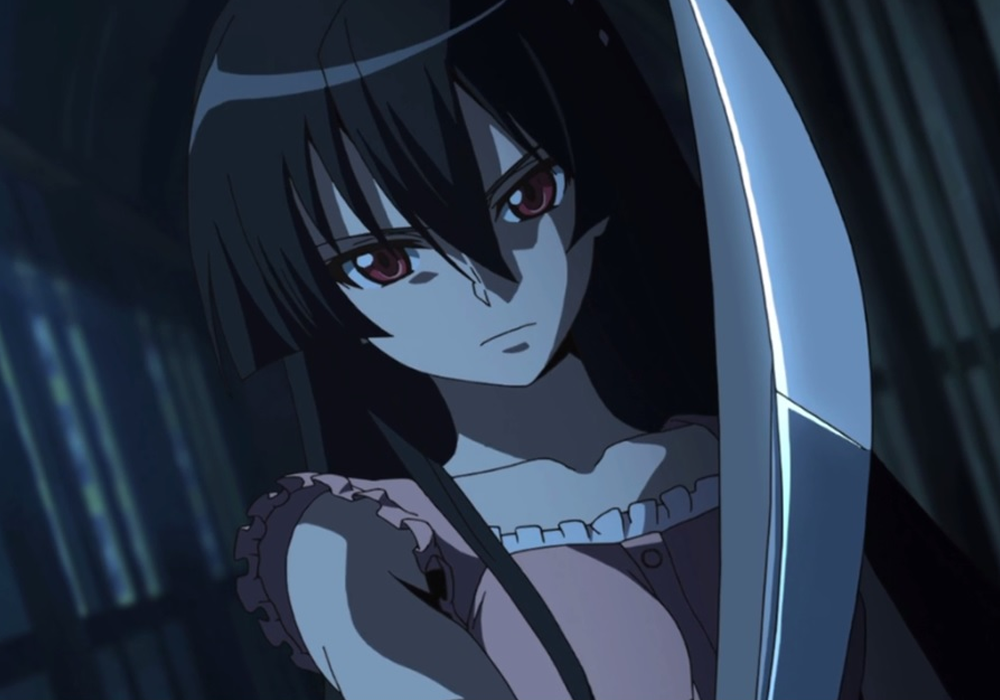 The corruption and greed of the prime minister have forced a secret group of assassins to overthrow him and restore the now struggling nation.

The newest recruit of the group is a young lad from an impoverished part of the country. Not only does he want to help his village, the integrity and goal of the group have touched him.

But with difficult enemies and obstacles along the way, will this newbie assassin survive his new life? 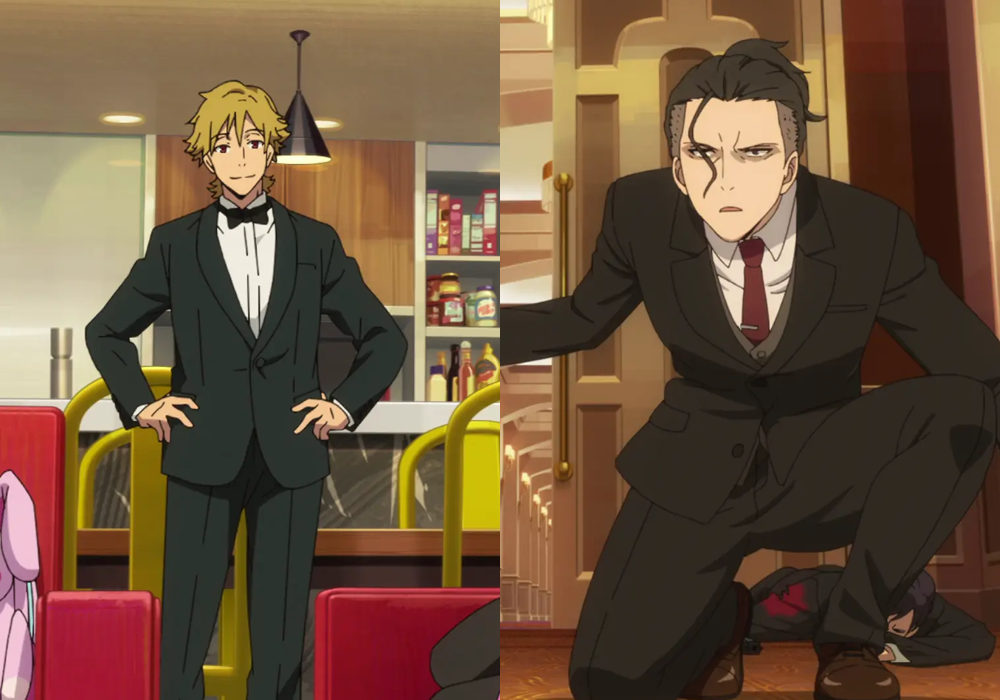 Buddies Kazuki and Rei are both in the assassin and crime life. Kazuki coordinates crimes, while Rei is a pro-assassin. Not only are they close friends, but they’re also co-workers too.

But imagine their surprise when they found themselves becoming co-daddies as well!

Mira, a four-year-old daughter of a mafia boss, wanders into a hotel fight where they are working.

Now they have to keep the girl safe while finding a way to give her back to her father without any problems or misunderstandings. 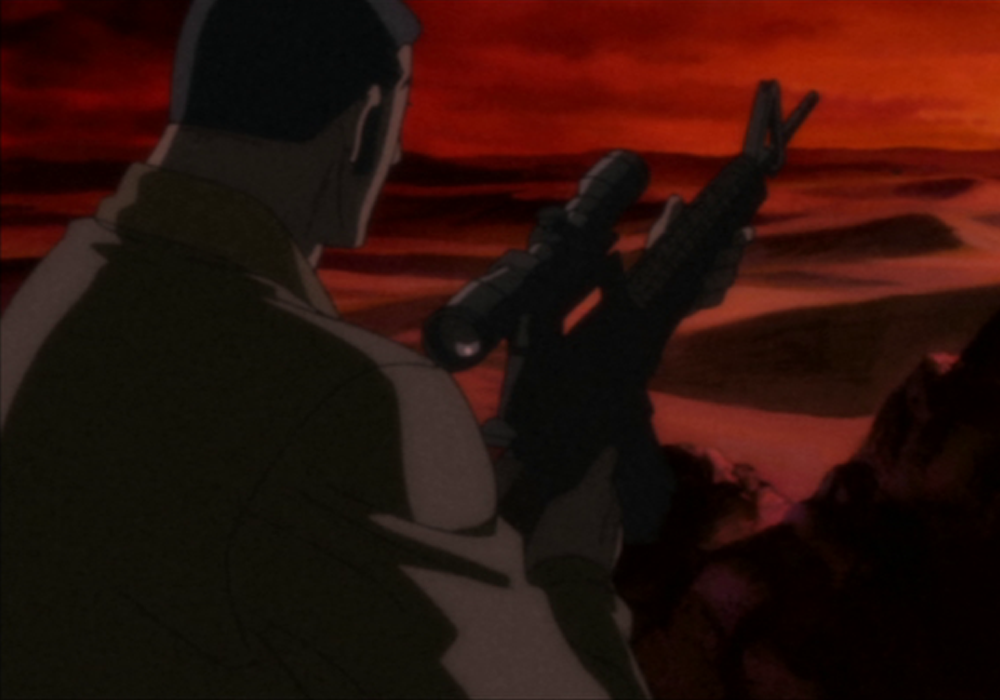 Let’s go back to the classics with this next entry.

Based on a 1968 manga, Golgo 13 is about a mysterious assassin with a very secret identity. Nobody knows his name, age, or where he’s from.

All you need to know is that he’s got a scoped M16 rifle, and he’s very good at his job.

He doesn’t really talk much and can be quite stoic. But that’s not really important for an assassin like him, is it? 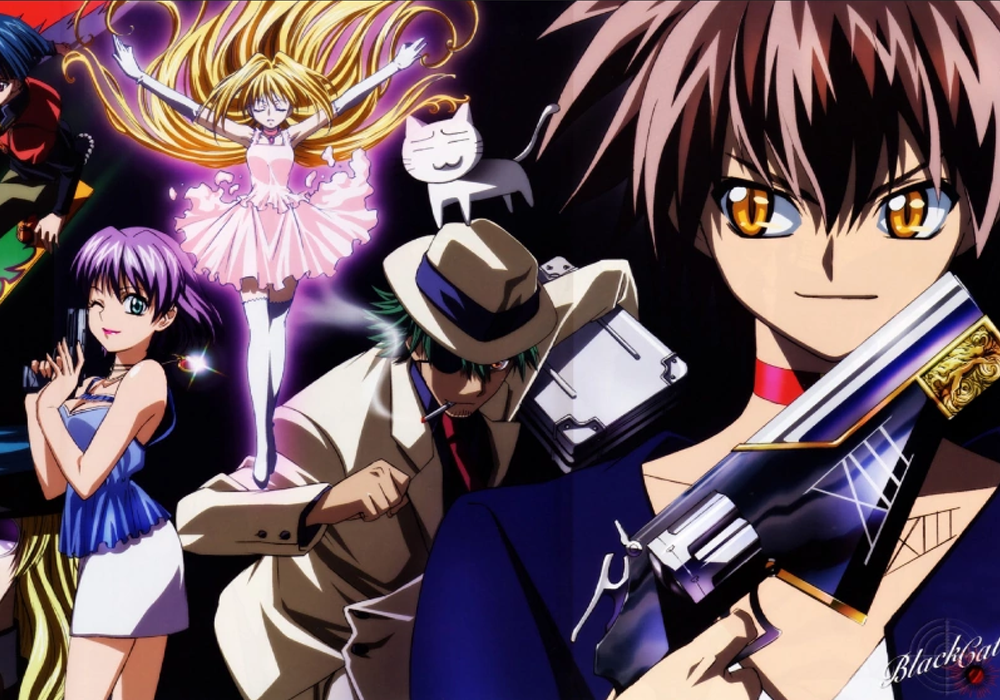 With his Black Cat alias, Train Heartnet became known as one of the best assassins in the organization Chronos.

But despite his success and popularity in his profession, he is somewhat indifferent toward life.

This all changed when he met Saya, a very positive and outgoing bounty hunter. Saya inspired him to change his view on life, which made him leave Chronos.

But Chronos won’t let their star assassin leave so easily. Now essentially a “stray cat,” Train has to avoid and fight against his former colleagues and employers. 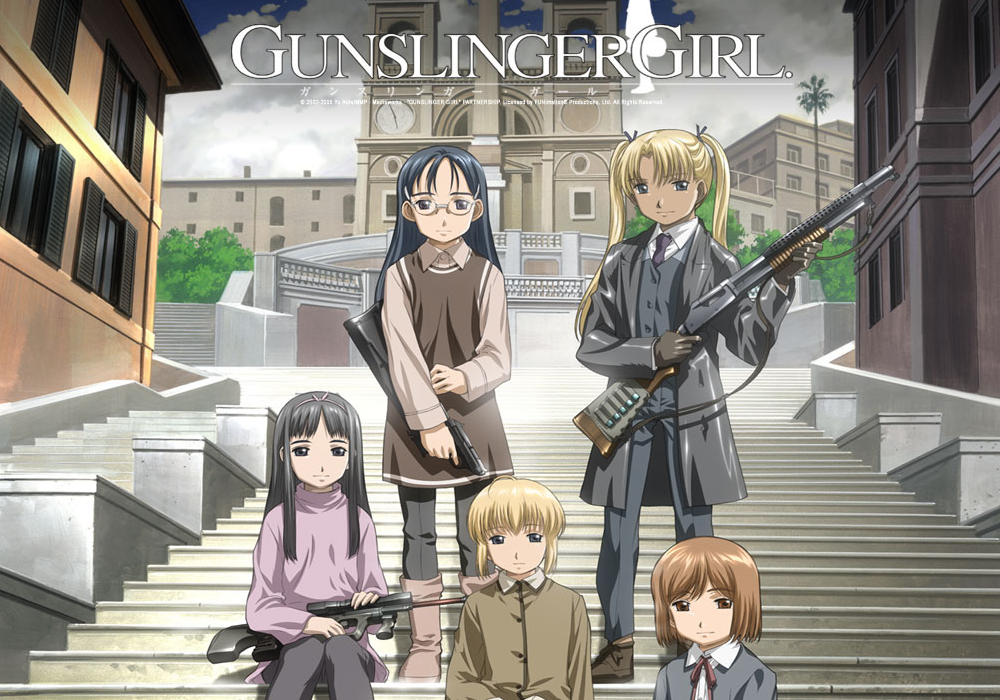 Girls on their deathbeds are given another life through cybernetic upgrades and surgeries to their bodies.

With this second chance at living, they now have to dedicate their new lives as assassins to the government.

Prepare your hearts and tears as you watch these young girls navigate their young life as seemingly hardened and stoic assassins.

Instead of forming friendships, they have to learn how to assemble guns. Rather than experience young love, they experience bloodshed and heartbreak.

With their new profession, it’s hard to live a normal life after all. 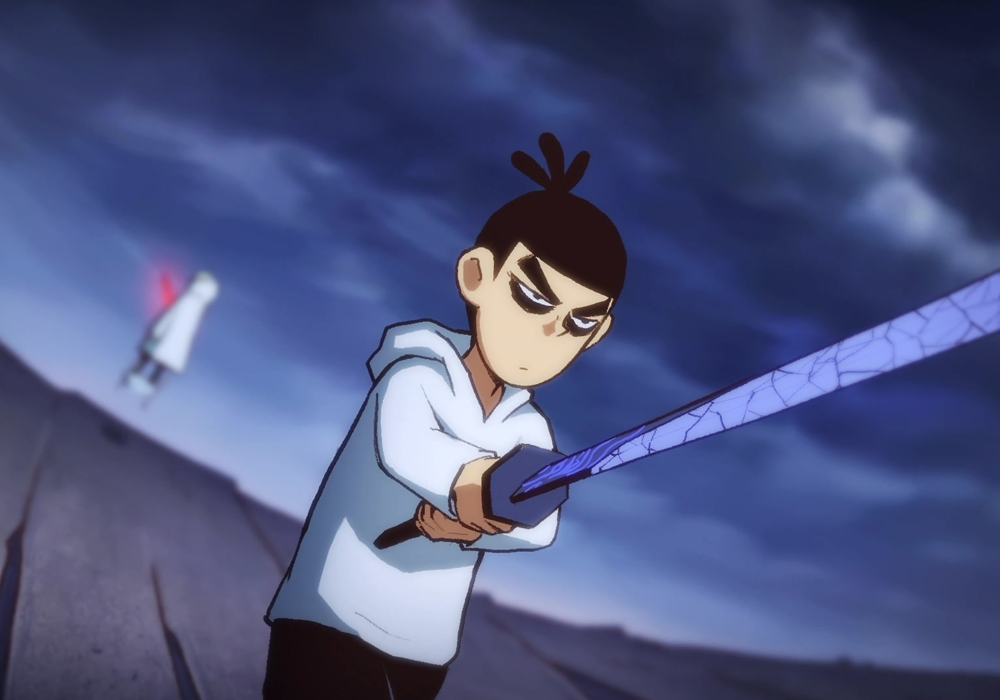 Although technically a Chinese anime, this Netflix show still knows how to dish out anime assassin fun!

An amnesiac lad fails a crash course on becoming a pro killer. Instead of letting life take him down, he puts his assassin skills to work by disguising himself as a barber.

He tries to moonlight as an assassin while managing a barber shop. Unfortunately for him, he gets sandwiched in between two rival assassin groups.

All he wants is to work and get his memories back! 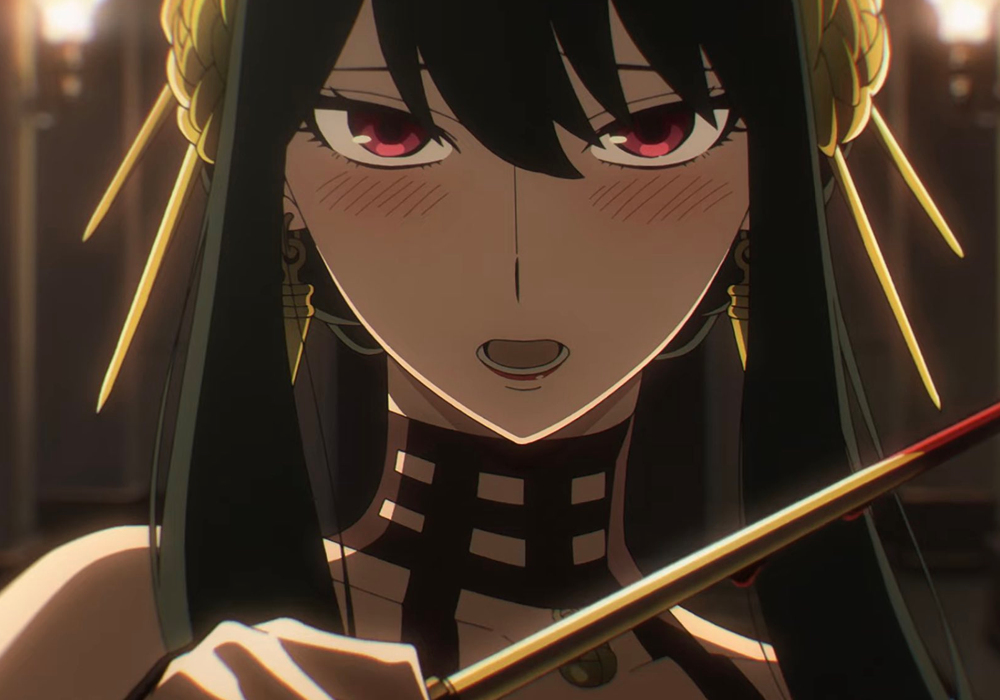 What started out as a secret spy mission eventually turned into a tale of a cute family.

Loid Forger is a spy with a hidden objective. To do his mission, he needs a pretend wife and child.

Meanwhile, Yor Briar is a secret assassin. To seem normal and inconspicuous, she needs a pretend boyfriend.

Add in Anya, who’s a secret telepath, and Bond, a dog with precognitive abilities, and you’ve got one heck of a family.

Secrets, espionage, and a cute dog – that’s Spy x Family for you! 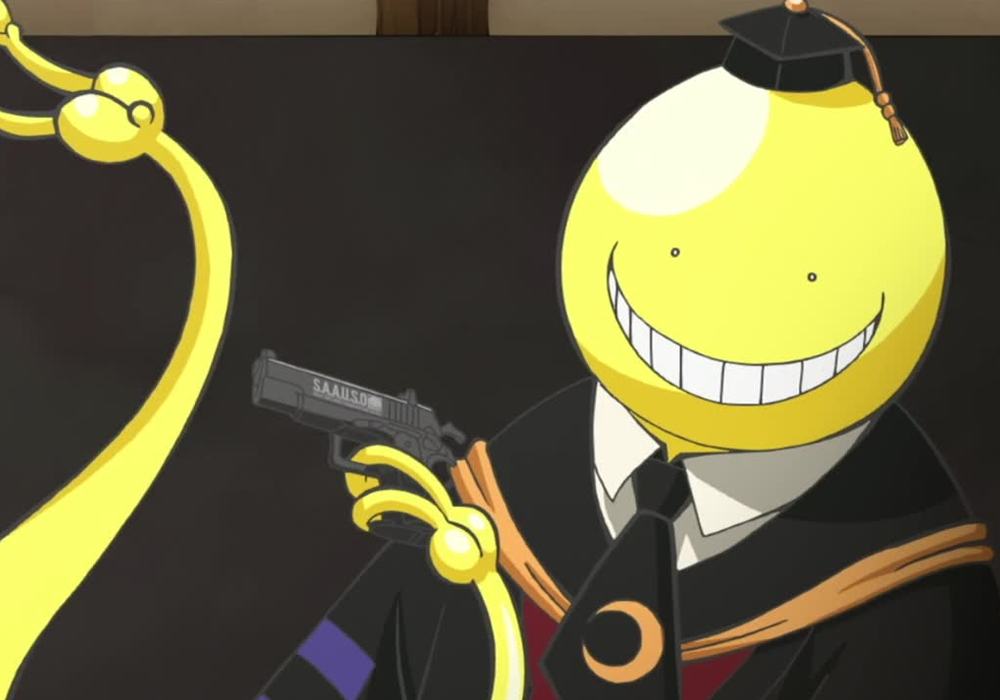 With its unique premise, wacky characters, compelling story, and lots of content, it’s hard not to pick Assassination Classroom as the best assassin anime out there.

In the world of Assassination Classroom, a terrible tentacled alien destroys the moon and threatens to destroy Earth.

But luckily, he gives humanity a chance. He gives everyone a chance to kill him in a year – he’ll even take the role of a teacher and impart lessons on proper assassination!

With the entire world at stake, will the students in Assassination Classroom succeed? Well, you currently have a couple of seasons, films, and even a live-action adaptation to find out!