Bear lovers, unite! In this New Horizons article, we listed down the best bear villagers in Animal Crossing.

These are the best, cuddliest, and most huggable bear villagers in the game. Their rounded ears and fluffy tails are simply adorable.

We can bear-ly contain our excitement! How about we start our list? 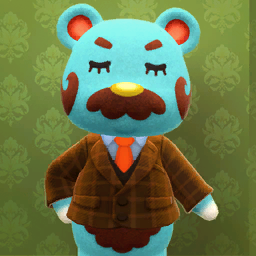 Not a lot of players are fond of Beardo, probably because of the vibe, he brings with his mustache, eyelash-y eyes, and mutton chops.

But he gets a mention here for being notorious for said vibe. Oh, and did I mention the viral towel wrap posts?

Beardo and a towel wrap? Not a good image, but because of it, he’s definitely worthy enough to get 10th place in our list. 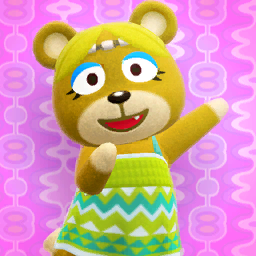 Big Sister Paula gets the 9th spot for her kind and welcoming expression and for rocking that headband and blue eyeshadow look.

She definitely seems like a sister you can depend on, especially on matters regarding trends.

Keep being awesome and trendy, Paula! 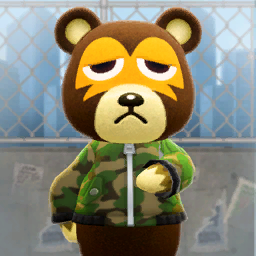 Favorite Saying: “The higher you climb, the smaller things look.”

Ike seems like he’s tired of the world, which isn’t really surprising once you know he has a Cranky personality.

He looks like a hairy brown bear, which makes his overall character design fitting for a bear villager, and it’s why he gets the 8th spot in our list. 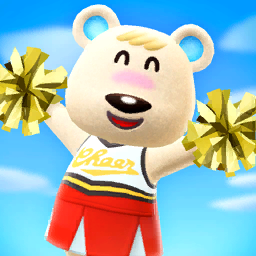 Favorite Saying: “Even the best of friends start out as strangers.”

As a bear with a Peppy personality, Tutu is lively, cheerful, and full of energy. She has white fur, blush on top of her nose, and pink paws. Overall, she looks like a polar bear.

Her Japanese name translates to condensed milk, which is a common topping for shaved ice. Polar bear and ice, plus sweet milk topping – get the adorable connection?

Like all Peppies, she dreams to be a pop star or a celebrity someday, so don’t be alarmed if you see her walking around your island all fashionable or belting it out to the tune of Bubblegum K.K.

We wish you well on your quest for stardom, Tutu! 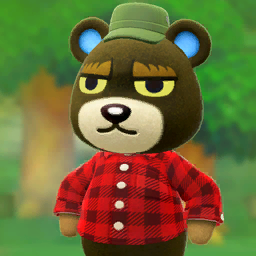 Although Grizzly sounds like he’s based on a grizzly bear, he actually looks more like a black bear. But no matter which bear he’s based on, he’s still a true bear at heart.

He might be grouchy due to his personality, but he’s capable of giving good life lessons, based on his quote.

For his grizzly bear name, Grizzly deserves the 6th rank. 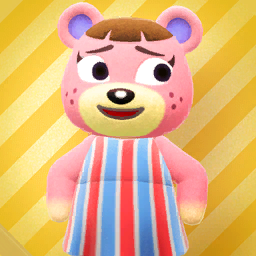 Favorite Saying: “Surround yourself with things you love.”

Ursala always looks so concerned and worried, but maybe that’s just because of her Big Sister instinct.

As a Big Sister villager, she looks out for the player and her neighbors and would often give practical advice.

Her pink fur and darker pink freckles also look adorable on her. Thanks for your concern, Ursala! 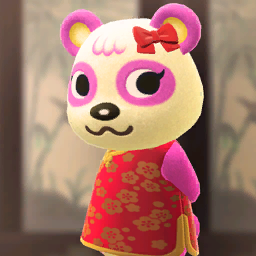 Pinky is a Peppy pink panda who loves to sing and dance. Her Fashion hobby has her dress up in cute clothes and hair accessories, as well as bring out her pink flowery bag.

You can even see her cute red ribbon in her in-game photo and poster.

She believes spending time with friends is a good use of one’s time. Bestie material Pinky, you win 4th place! 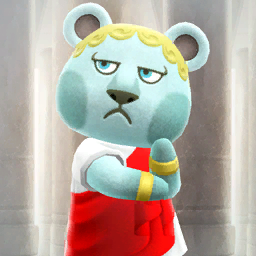 With his Greek name, Ancient Greek outfit, and fancy Greek house, Klaus is a unique bear villager to have on your island.

He’s a little pompous due to his Smug personality, but with his cultured Greek background, he can back up what he says. 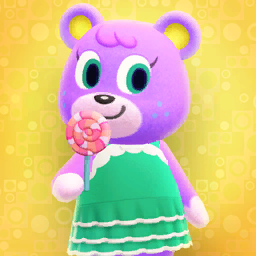 Favorite Saying: “Take a page out of someone else’s book if it’s a good book.”

Sweet bear Megan gets the 2nd spot! As a Normal villager, she has a pleasant and delightful personality and will always be happy and cheerful to see you.

Her sweet nature doesn’t stop there. Her whole theme is related to sweets, with her posing with a lollipop in her in-game photo and poster, her house decked with a Honeycomb Wall and Beekeeper’s Hive, to her original Japanese name Candy. Absolutely sweet!

Favorite Saying: “No pain, no gain!”

And the top bear is none other than – drumroll, please – Teddy!

With a name like that, it’s impossible for us not to give him the number one spot.

His cuddly character design and adorably thick eyebrows definitely helped too. He’s also the only Jock villager among the bears, so he’s also pretty unique. 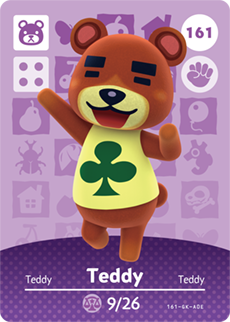 That’s 10 awesome bears with 10 good reasons to recruit bear villagers to your island. It’s beary nice of you to stick with us through the ending, and we appreciate it.