Conflict at its finest! Fighting to the death, screaming through the plain, or being covered in bruises and blood, are some of the best action genre anime with amazing fighting choreography.

Experience amazing animation that shows two souls clashing together and fighting for their own believes and dreams. You’ll be on the edge of your seat with who will come out on top with this every crazy fighting through each show! 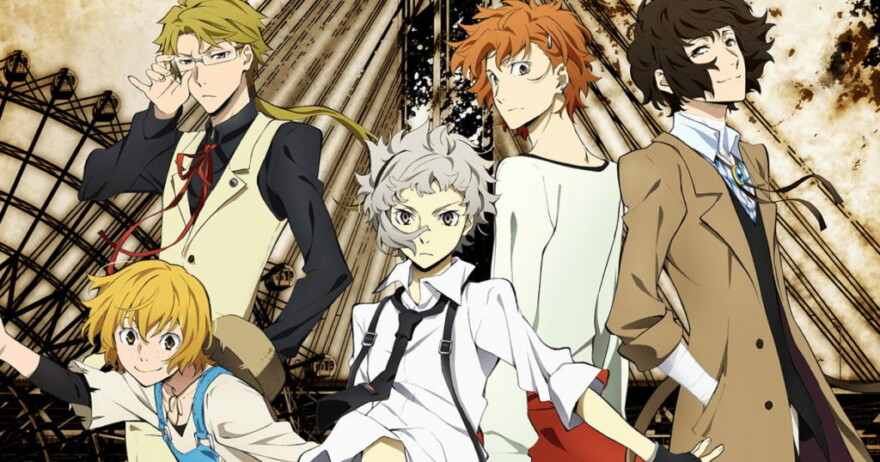 Being attacked of his orphanage, 18-year-old Atsushi Nakajima is being stalked by a mysterious white tiger, leaving him always on the run and homeless.

On the verge of starvation, Atsushi sees a man bobbing in the nearby river and saves him. It turns out he wants to die!

Meet Osamu Dazai, supernatural detective and, more importantly, a suicide enthusiast! Dazai has been investigating the white tiger and needs Atsushi’s help since the tiger is following him. Before he knew it, Atsushi’s wrapped up in the world of the supernatural and becoming enemy of the local mafia! 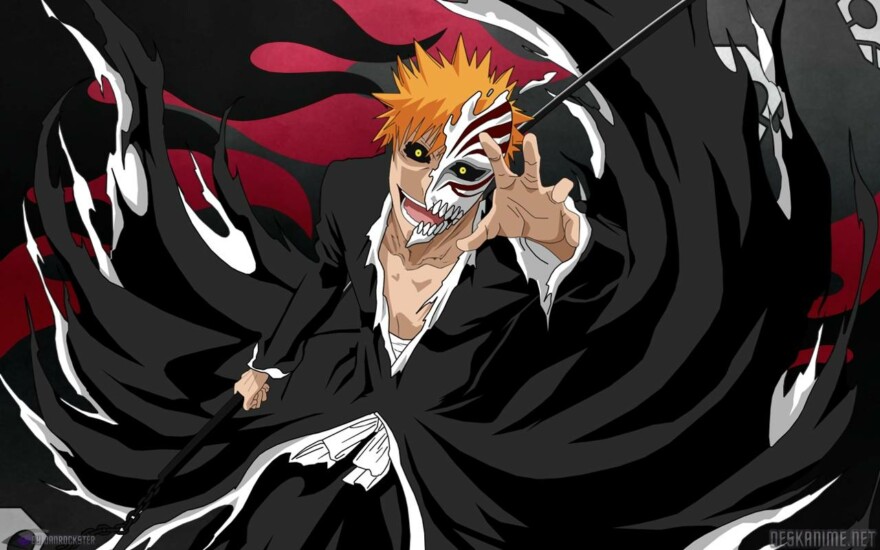 Higher schooler Ichigo Kurosaki was always a normal kid, for he cared deeply for his family and friends. Ichigo would always be there to protect his family, especially when they become targeted by a Hollow: a corrupt spirit who feeds on human souls!

Suddenly, a mysterious girl appears to fight off the Hollow. She is Rukia Kuchiki, a Soul Reaper. However, when Rukia gets severely injured, Ichigo takes her powers and becomes a new Soul Reaper and shoulders all the responsibility that comes with the job! 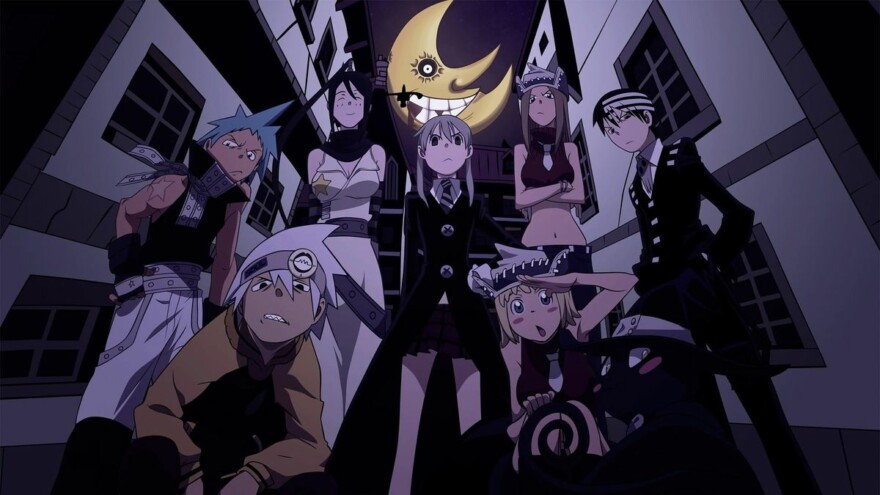 Maka Albarn is a trained Meister from Death Weapon Meister Academy, a school that trained Meister and Demon Weapon to fight corrupted souls, witches, and any evil that threatens their world!

Maka works hard with her teammate, Soul Eater Evans to collect 99 souls and 1 witch soul. Working alongside their quirky friends, Maka and Soul will soon discover any enemy that could destroy their school and the whole world!

With the help of a hot-blooded assassin and son of death, can Maka and Soul defeat this impossible enemy? 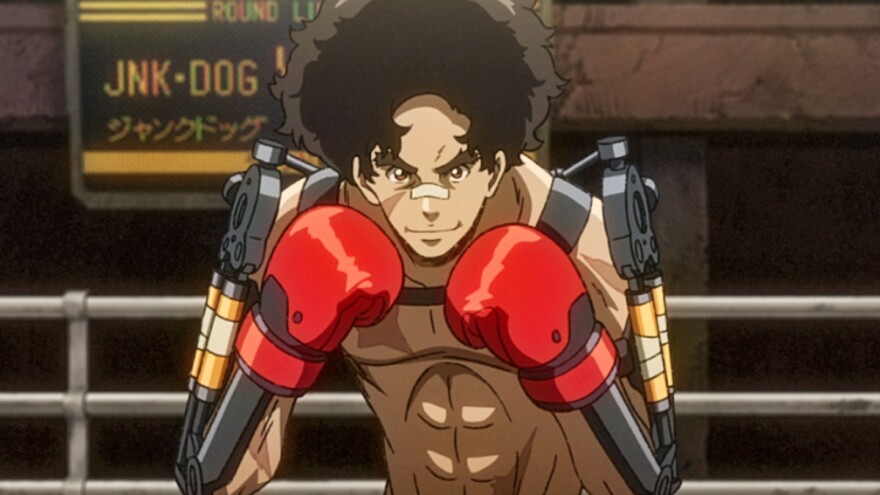 Junk Dog is an underground fighter of Megalo Box, boxing that uses mechanical equipment that enhances the fighter’s speed and strength. However, Junk Dog doesn’t make money from winning but throwing matches.

One day, Megalo Box is graced with Yuuri, their champion who wants a challenge. Junk Dog quickly challenges Yuuri…and loses in the first round.

Wanting to fight Yuuri again, Junk Dog enters an international tournament that will prove who is the best boxer in the world! Junk Dog is in the fight(s) of his life—literally! 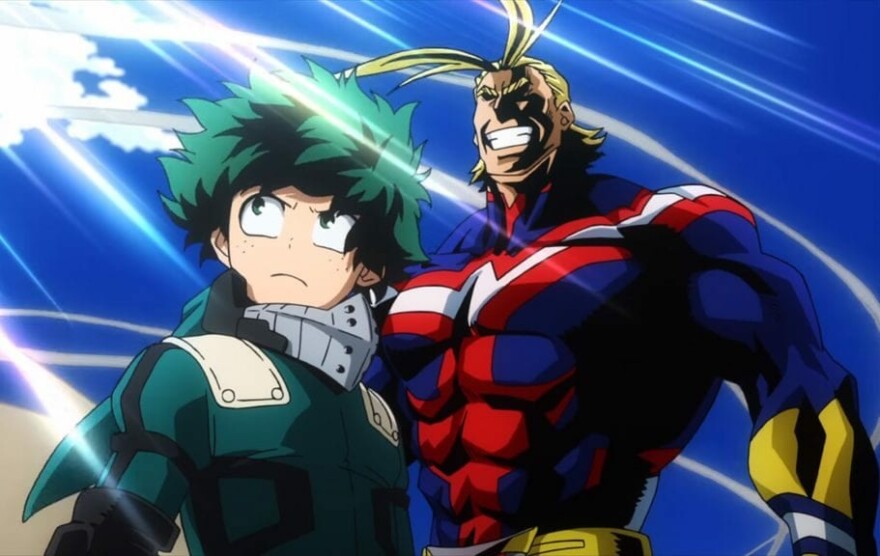 In a world where 80% of the population are born with superpowers called “Quirks,” these people can become Pro Heroes. Izuku Midoriya dreams of being the number one hero like his idol All Might. However, Midoriya was born Quirkless.

Midoriya has a chance encounter with his hero All Might!

Seeing his strong spirit and courage, All Might states that Midoriya can become a hero and helps him enroll into U.A. Academy, the top Hero Academy in all of Japan! 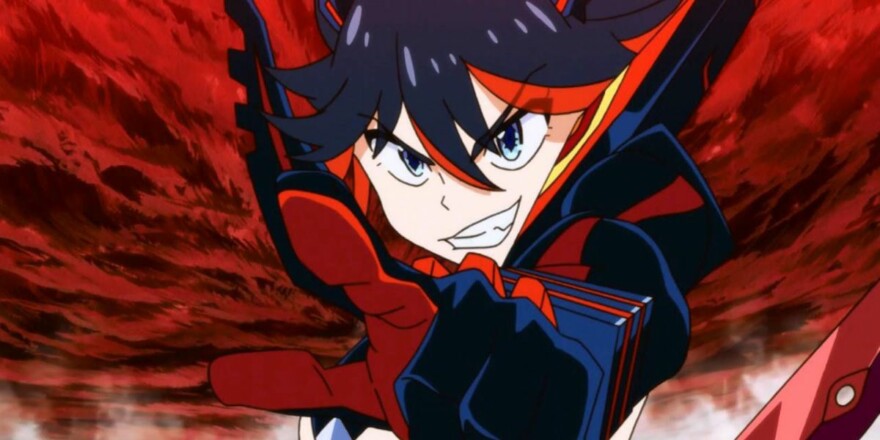 After her father was murdered, Ryuuko Matoi enrolled at Honnouji Academy to look for his killer. Her only clue is the missing piece of her father’s Scissor Blade. This school, however, is unlike any Ryuuko had ever seen.

Ruled by founder and the student council president Satsuki Kiryuuin, students are gifted with “Goku Uniforms” that strengthen their abilities.

Knowing she doesn’t stand a chance against Satsuki and these superpower uniforms, Ryuuko finds Senketsu, her father’s final invention, and uses it to fight up the school’s social ladder to challenge Satsuki, who is hiding the identity of her father’s killer! 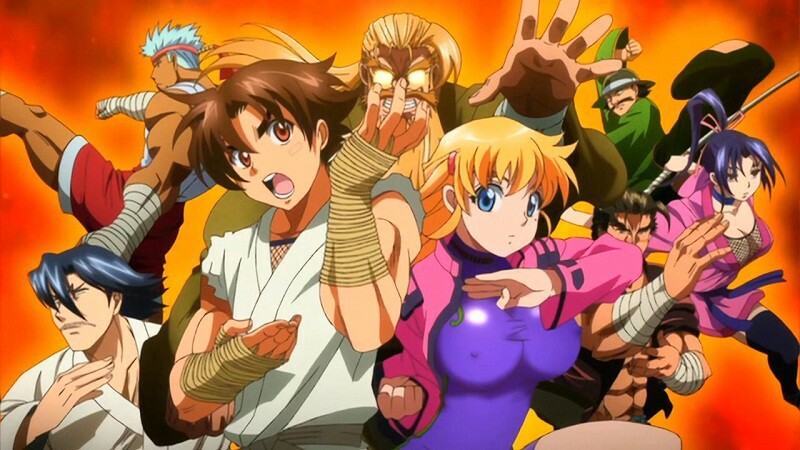 To join the club, he has to fight and defeat an upperclassman bully, but Kenichi knows there’s no way he can way and decides to give up. That’s when he meets his classmate Miu Furinji who takes him to her family’s dojo where she and her masters can train him.

Working and training hard, Kenichi is able to defeat the upperclassman, but only gets him the unwanted attention of the school’s delinquents! 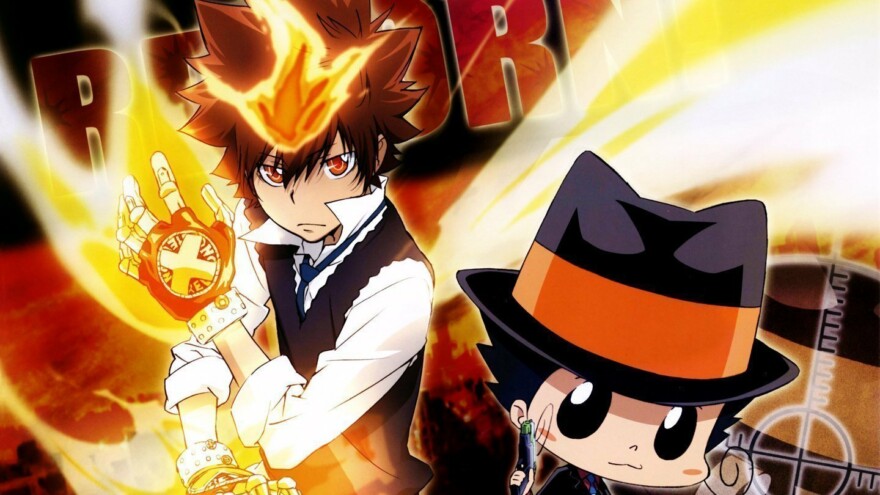 14-year-old Tsunayoshi Sawada doesn’t have many positive qualities. He’s talentless, clumsy, and passive. Everyone calls him “Loser Tsuna.” How nice of them.

Soon, Tsuna’s dull life with changes forever when he meets a hitman named Reborn. Actually, more like a hit-baby. Reborn is from the Italian mafia and is tasked with training Tsuna to become the new boss of the Vongola family! But, from loser to a new mafia boss, is Tsuna up to the task? 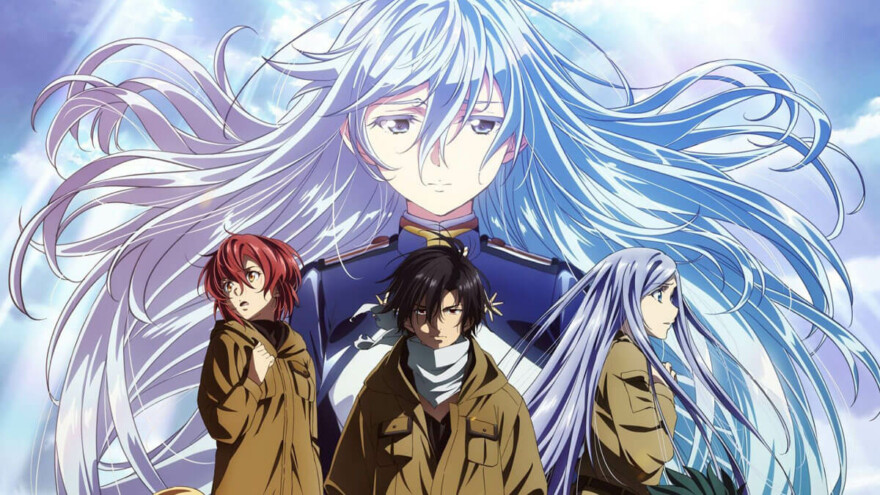 Silver-haired and silver-eyes Vladilena “Lena” Milizé looks just like everyone else. But, being a part of the military as a “Handler,” Lena is tasked with commanding Eighty-Six, those who were born “wrong” and forced to fight in place of her silver-haired people.

Her people took their human rights away and saw them as nothing but pigs. To the members of Eighty-Six, the feeling is mutual. Lena doesn’t see the Eighty-Six as pigs, and it is right for them to be seen as people.

Lena gets closer to Eighty-Six and their captain Shinei Nouzen and the spark of change might salvage all the damage that has been done to both of their people. 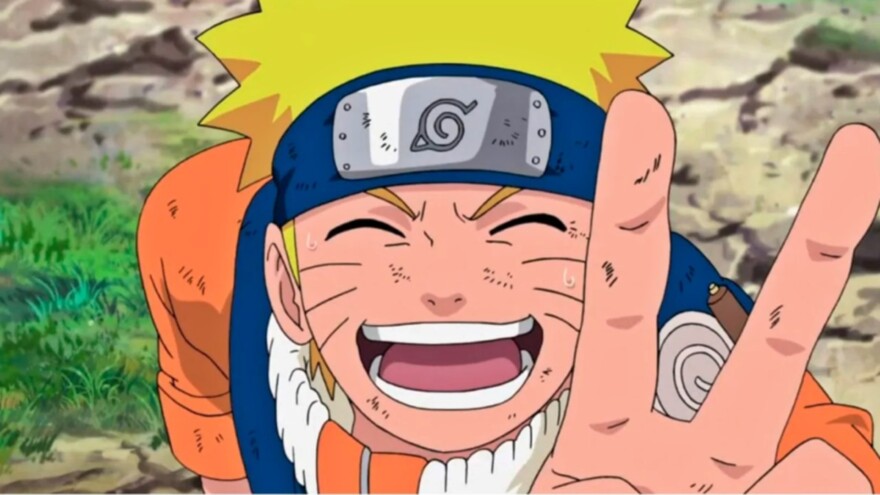 Naruto Uzumaki dreams of becoming his village’s leader, the Hokage! But, leaving for two years to train and grow stronger, the young shinobi returns to disaster. A group of evil rogue shinobi called the Akatsuki plans to destroy the whole world!

With the demon nine-tailed fox inside of him, Naruto is determined to fight to the bitter end to protect his friends and stop the Akatsuki from destroying his home and dreams! 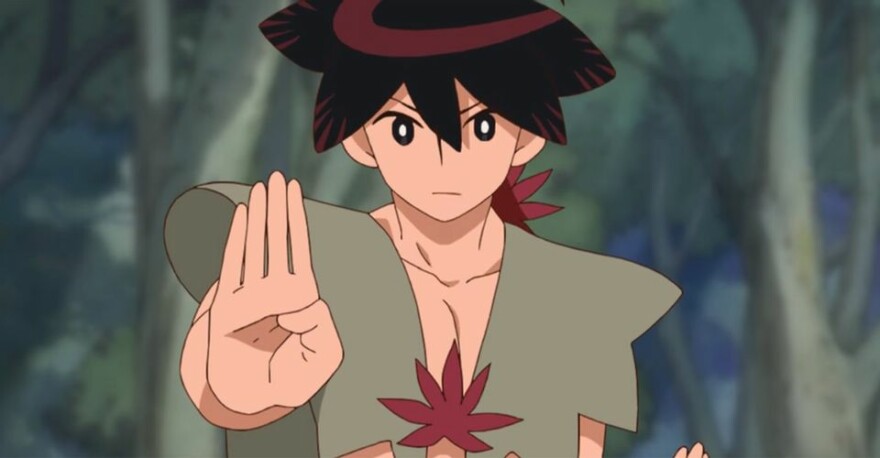 Taking place during the Edo Period of Japan, Shichika Yasuri has a unique swordsman that uses the technique called Kyotouryuu: using your own body like a sword.

The two are in for a rough ride as Togame’s goal is ruined by evil and powerful forces that will do whatever it takes to take the blades for themselves!

4. Land of the Lustrous 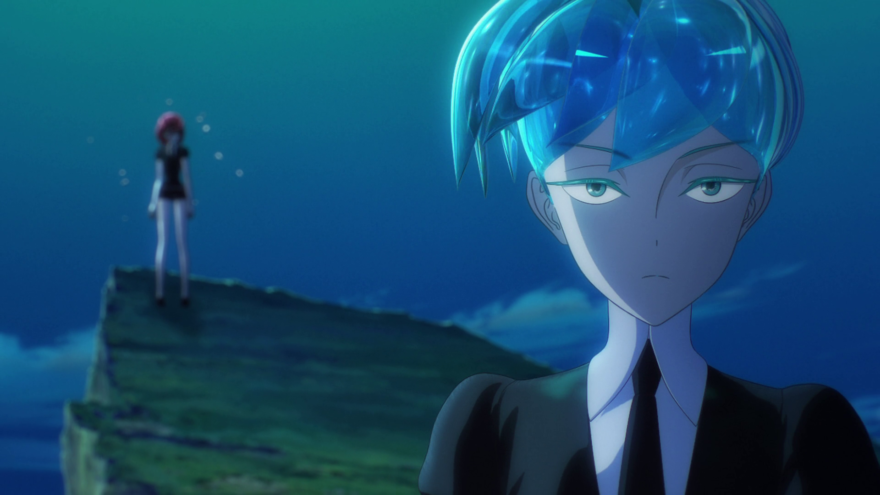 After six meteors destroyed the world, the world began anew again. One of its new inhabitants is living crystal humanoids called Gems. But they don’t live a peaceful life, they are being targeted by Lunarians, beings who attack from the skies to shatter their bodies and use their broken pieces for decorations.

The youngest and most fragile of all the Gems is Phosphophyllite, or Phos can’t fight the Lunarians and finds themselves without any purpose. Then, one day, they are tasks with creating an encyclopedia.

It’s not enough for Phos and wants to be useful to their fellow Gems and will change themselves to become someone important against the Lunarians!

At 14-years-old delinquent Yusuke Urameshi dies while saving a kid’s life from getting hit by a car. It turns out the kid would’ve lived, and Yusuke died for nothing!

Having no room for him in the spirit realm, Koenma and his grim assistant reaper, Botan, decide to give Yusuke a chance to win back his life!

As the new Spirit Detective, Yusuke faces off against powerful spirits, evil demons, and human girls! Stuck as a spirit, Yusuke will fight anyone who threatens to destroy humanity! 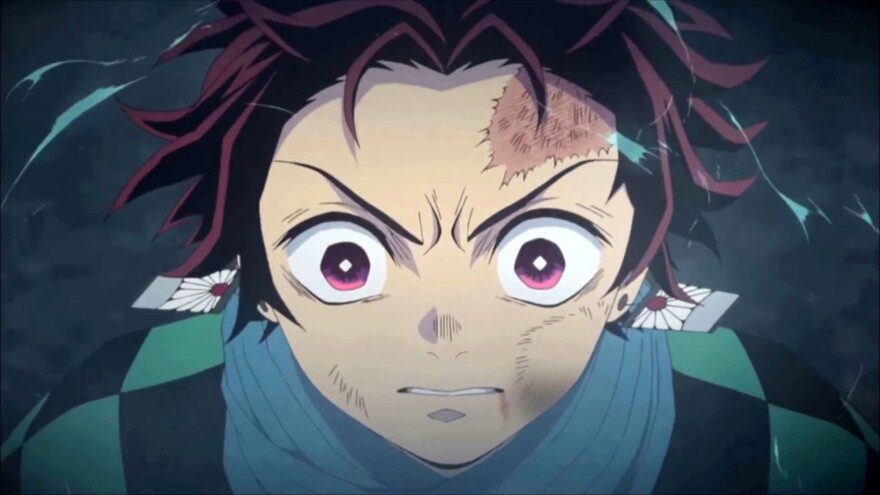 After demons slaughter Tanjiro Kamado’s entire family, Tanjiro vows to hunt down the killer and take revenge! What’s worse, his sister, Nezuko, and the only survivor, was turned into a demon!

Tanjiro trains and joins the Demon Slayer Corps in order to take down his family’s killer and find a way to turn Nezuko back into a human! 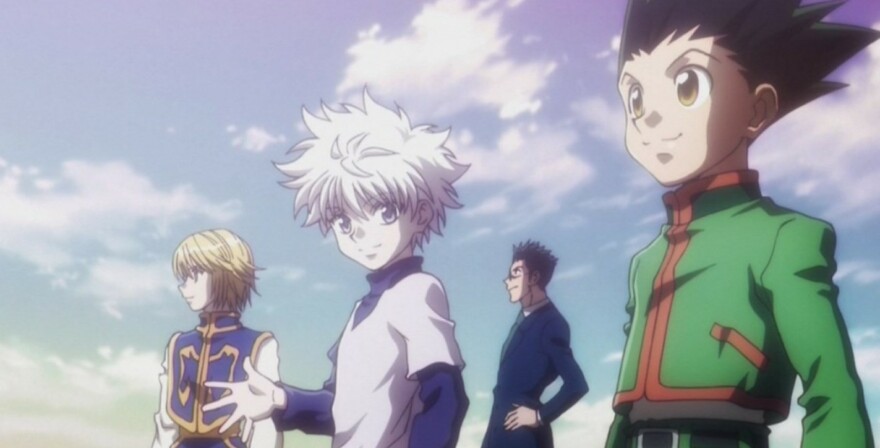 Hunters work for adventure, searching for treasure, and catching criminals. 12-year-old Gon Freecss dreams to become a Hunter to find his long-lost father, who was once a Hunter before he disappeared.

His path to becoming a Hunter is more difficult than expected, and he leans on his new friends. Together, they will fight through evil and destructive creatures and monsters and the dark and light sides of what it means to be a Hunter!