There is a lot of choices provided by the official Maxis content in customizing your Sim’s appearance. From hair to eyes, to Tattoos, to makeup, and much more.

Even if you can’t find anything to your liking from the official content, you still have a massive wealth of choice in Sims 4 custom content coming from the dedicated Sims 4 modding community.

If you are an anime fan, then you might be looking for CC that helps you to capture the aesthetics in the Sims 4. Here we will be looking at some anime hair CC for the Sims 4.

This list is made up of some of our favorites from the community and is arranged in no particular order. 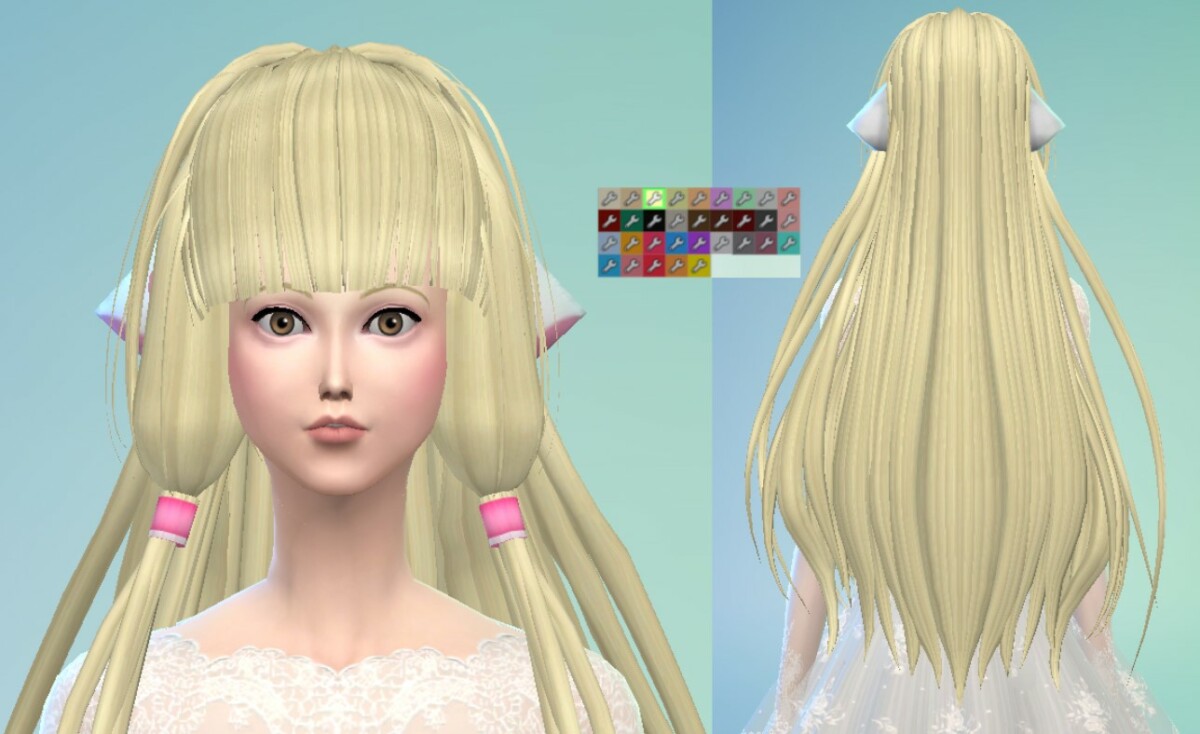 One struggle with anime hair CC is the coloring because a lot of blonde characters have bright yellow hair.

But the Chii from Chobits Hair Mod offers a recolored version of this classic anime girl hairstyle and offers it in more realistic blonde shades!

There are two versions of this hair CC, featuring two different lengths: ankle-length and waist-length.

This recolored hair CC uses the shades of hair color from the manga and from the anime.

The manga version is closer to a platinum blonde, while the anime version is more of a buttery gold blonde. 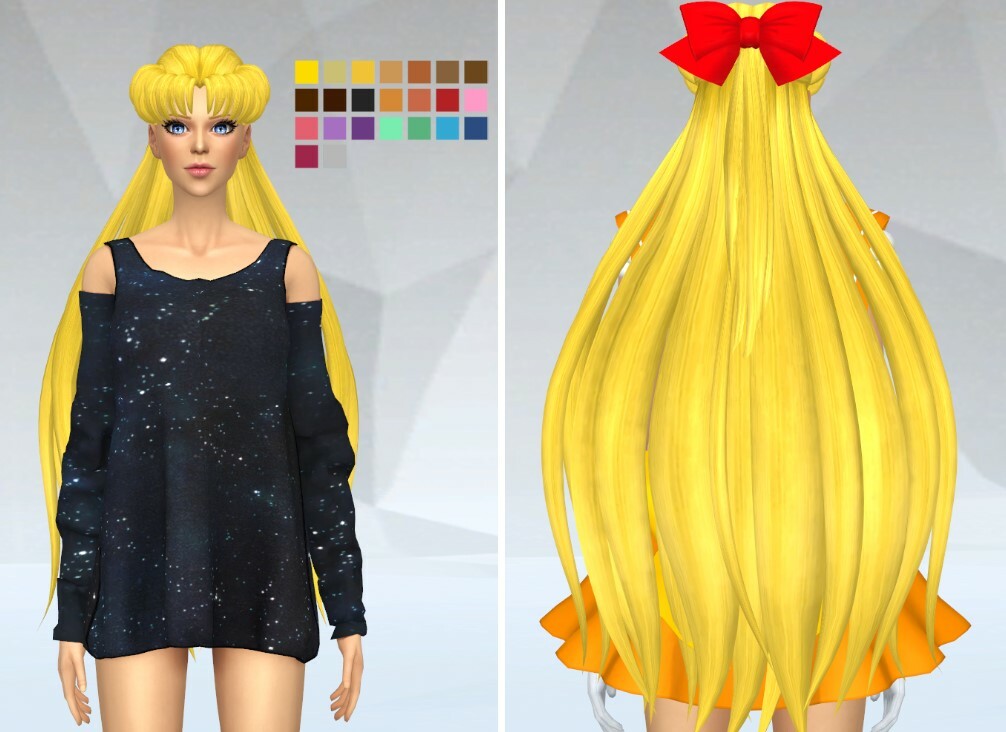 Was Sailor Venus your favorite Sailor scout? With this anime hair CC, you can easily recreate Sailor Venus or Minako Aino in Sims 4!

The Minako’s Hairstyle V2 hair CC features Minako’s signature long hair and bow on the back of her head.

The bow is a separate accessory, so you can opt to have your Sim wear it or not.

You can also use this anime hair CC to create other anime-inspired Sims as well, as this hairstyle comes in several colors.

The colors include the standard natural shades but also include pink, purple, green, blue, and more! 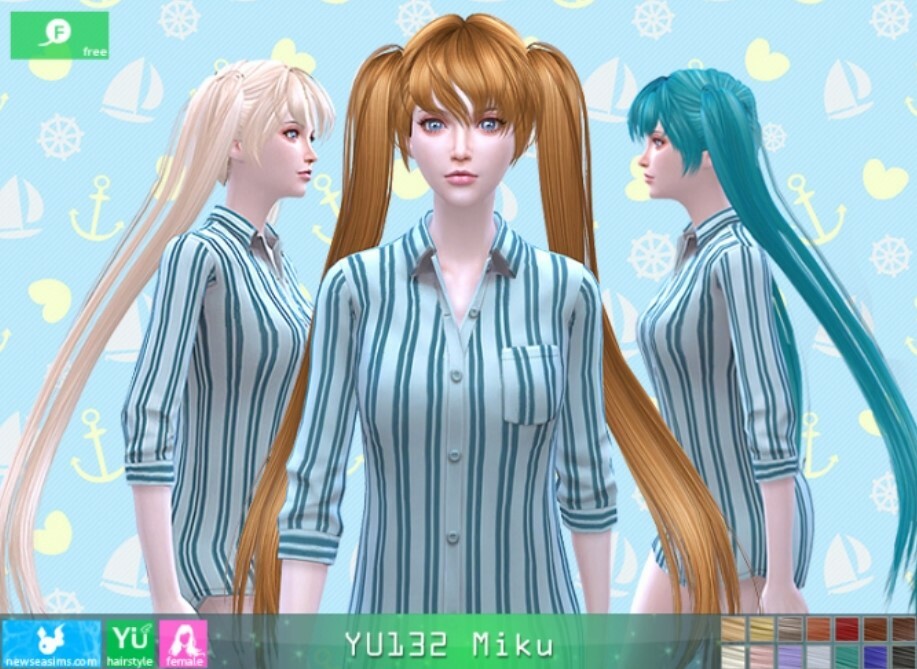 This anime hair CC is a versatile one that allows you to transform any Sim into an anime character. The s

This hair CC also comes in pastel shades and Miku’s classic shade of teal, which is perfect for players who want to recreate Miku in the Sims 4! 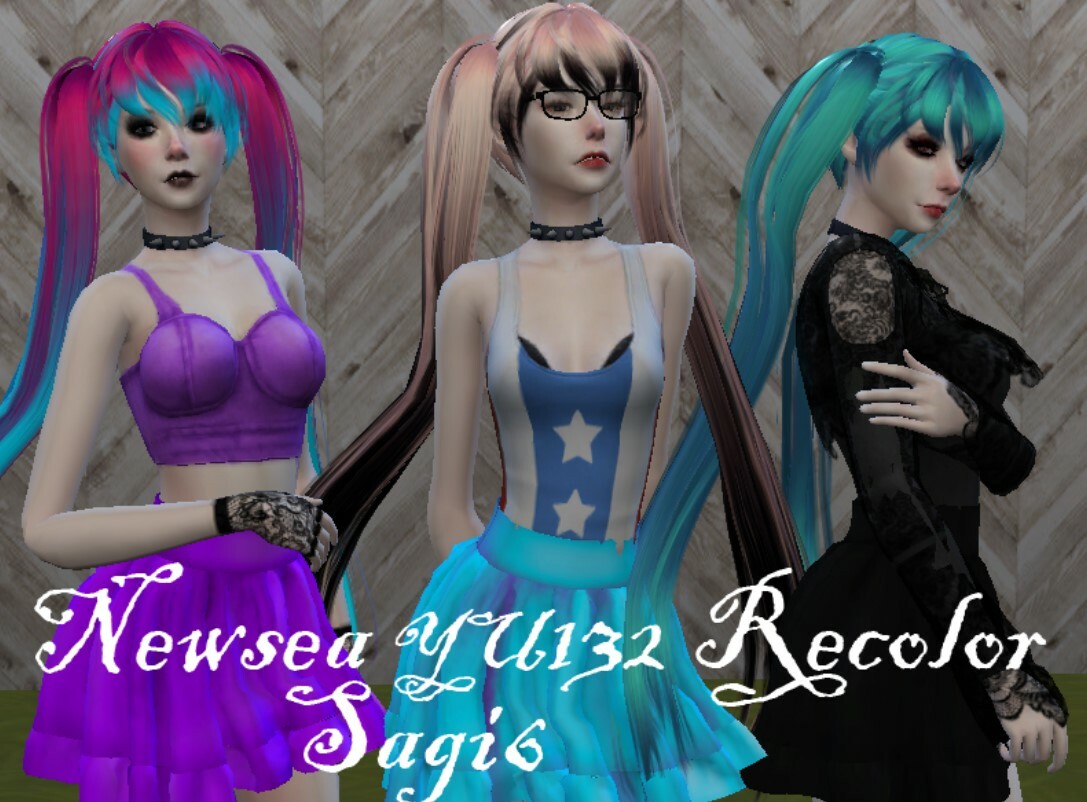 Alongside NewSea’s YU132 Miku Hairstyles, having a separate recolor package can open up more room for customization.

If you’re familiar with Vocaloid, then you might know that Miku has seen many versions of herself, including more punk rock versions!

With 52 colors to choose from, you can choose from two ombre options and one solid hair color option.

This is a great anime hair CC option to have, even if you don’t plan to recreate Miku Hatsune!

Genshin Impact still has a massive following to date and some incredible character designs that many Sims 4 players would love to recreate in-game!

You can recreate the female protagonist, Lumine, with this Lumine hair CC! Even though the description says Lumine’s hair only inspires it, this is a close recreation, even including the flowers that sit on the side of her hair!

You can recolor this hairstyle in 18 different colors, and the creator also made this hair CC hat compatible! Lumines hair accessories can be found separately under the Earring category, so you can choose to equip them or not as well. 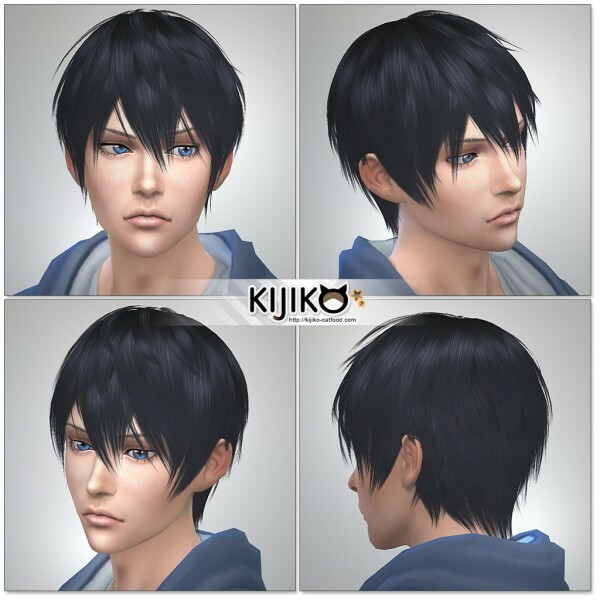 The style is the common kind you see from teenage male anime protagonists, with the long clumps of hair coming down the forehead.

However, the style also works with women and is available for female sims, too, if you prefer to give them a short hairstyle.

The hair comes in various colors and works on sims from teens to elders, and is even hat compatible. 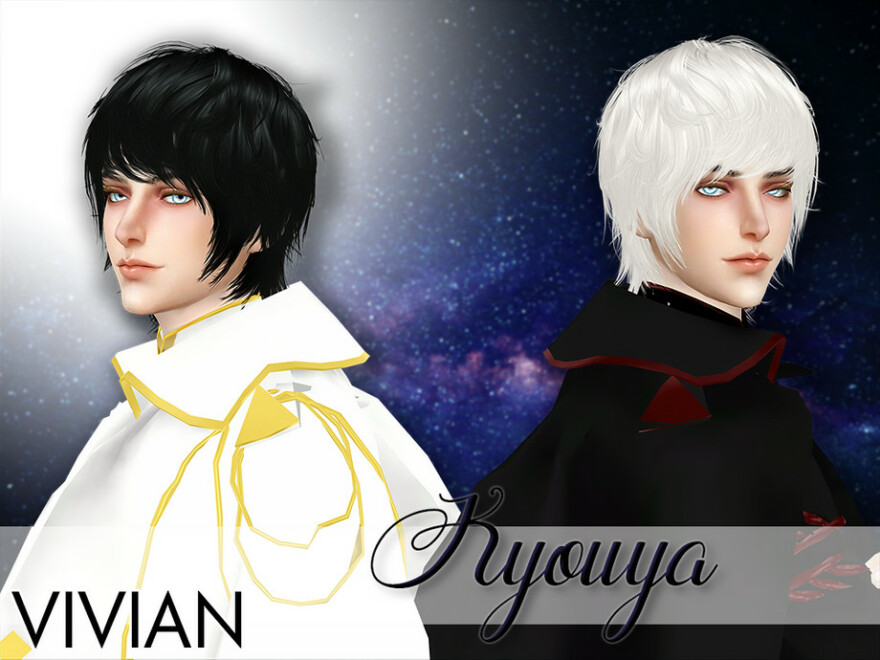 For another “Male protagonist” kind of hairstyle, we have Vivian Male Hair Kyouya. This custom content hair is another short male anime-style hairstyle that looks more natural.

This time the hairstyle has a thicker feel to it with a slightly curly look to the strands and an overall longer look than the previous anime hair CC on the list.

The hair comes in two versions, the normal one and the reverse, where the orientation of the hair is reversed on the head. 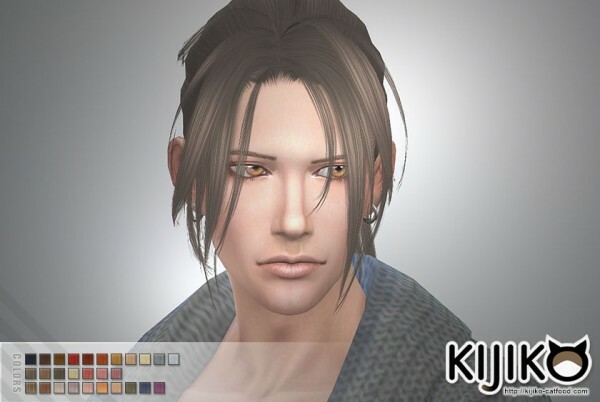 The last two hair CC were shorter male haircuts, but this next one is for guys who like to wear their hair long.

Hototogisu hair retextured is an anime-style hair CC that features a long style tied into a ponytail.

The haircut is reminiscent of anime hair you will see on samurai characters like in Rurouni Kenshin or Samurai Champloo, with the split bangs and long ponytail.

The hair works on male and female sims and is available in a variety of colors. 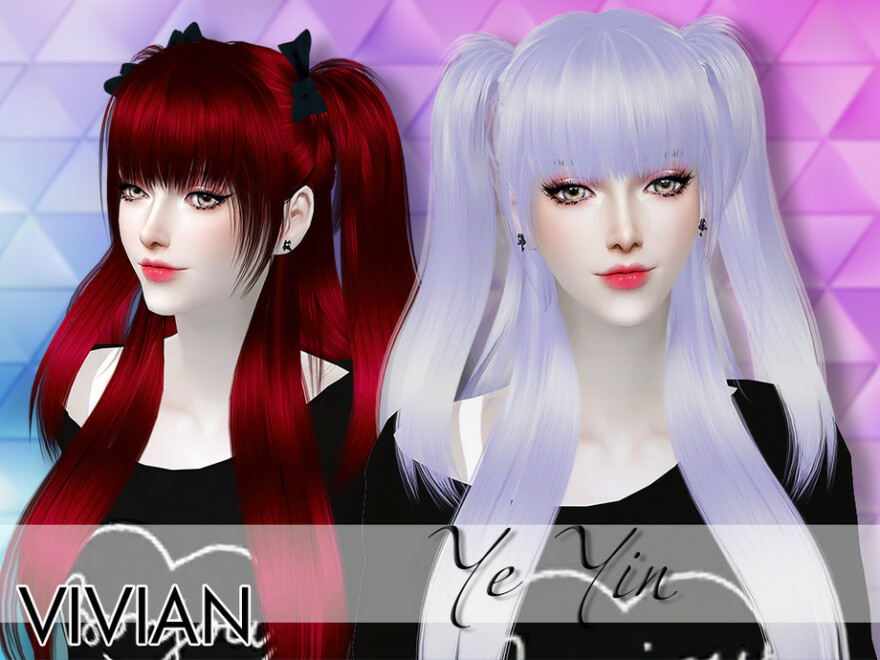 The hair has two long pig-tails and some short trimmed bangs.

The pig-tailed hairstyle is similar to something you would see on characters like Miku Hatsune and similar. The hair CC is available in different colors, with or without the ribbons, and is fully hat compatible. 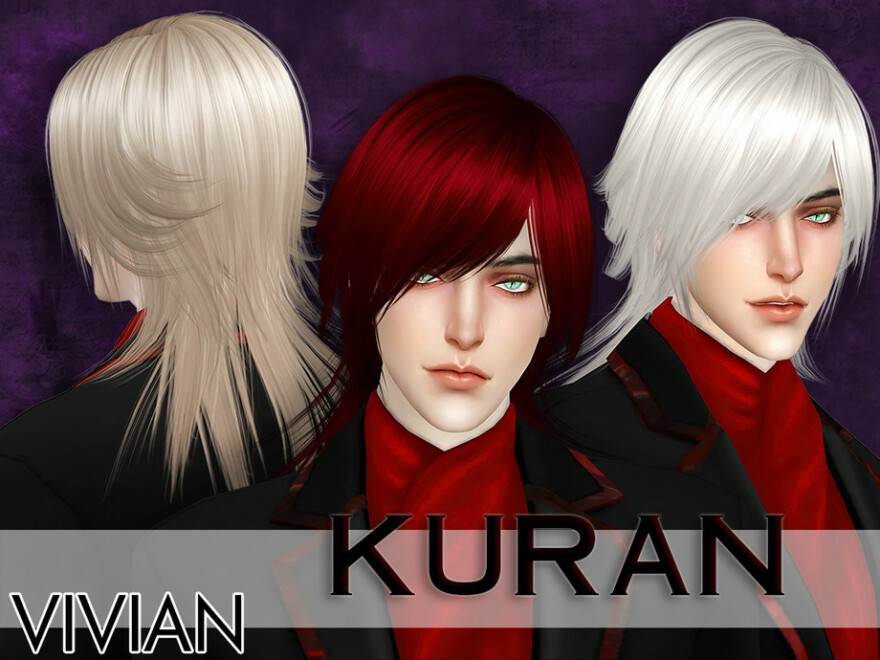 This next hairstyle is another long style for the guys. Vivian Hair Kuran is an anime hairstyle CC that features a longer layered male hairstyle.

The hairstyle features a layered look, with longer hair on the back and shorter hair at the bang and to the sides of the bangs.

The hair is split at the side on the character’s left, and the bangs come just above the eyes, giving a bit of a mysterious look. It comes in a variety of different colors, but unfortunately, this one isn’t available for your female sims. 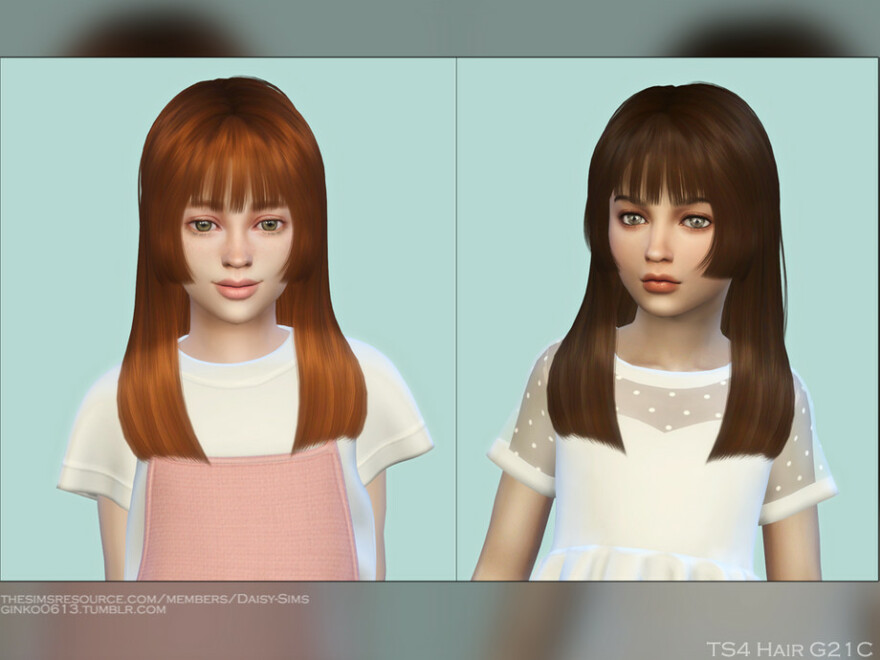 Now to give some love to your child sims, we have Child Hair G21C. This anime hairstyle CC features a long straight haircut with trimmed straight bangs for female children.

The CC is HQ compatible, available in 21 different colors, hat compatible, and super cute! It is only for child sims, though, so you’ll have to say goodbye to it when they age up to teens. 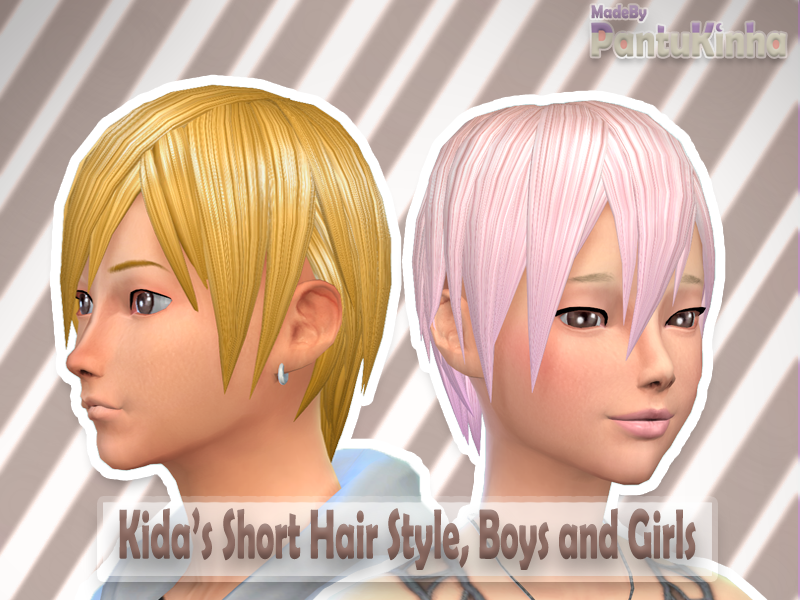 Like it says in the name, the hair is based on the haircut of Masaomi Kida from the anime Durarara. The hair is available for boys and girls, but not adults, so keep that in mind. 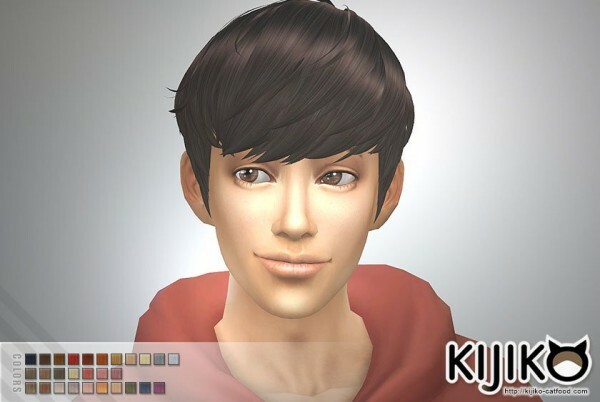 This next piece of custom content is another one from Kijiko Sims.  Kijiko Sims: Hair Inspired by Osomatsu is quite self-explanatory.

This anime hair CC is a short hairstyle available for male and female sims inspired by the hair of the character Osomatsu Matsuno.

The hairstyle is a short and clean-cut style that works for both men and women.

Like mentioned earlier, it is based on the character of Osomatsu, the titular character from the comedy anime series Osomatsu Kun. So if you’re a big fan, this is a must-try! 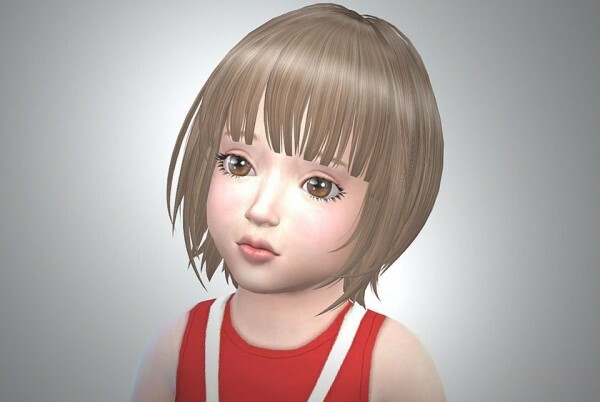 Kijiko Sims: Hairstyles Updated is a whole pack of custom content of different anime-inspired hairstyles for your sims.

This pack includes five different anime-inspired hairstyles ranging from short and spiky to long and straight styles and a bunch in between as well.

The first one listed is a bob-cut girl’s haircut with some nice cute bangs available for male and female sims. The next one is a short and spiky hairstyle.

There is also a spiky layered haircut and a long and straight cut that parts at the side. And lastly, we have a cute feminine short hairstyle available for males and females. 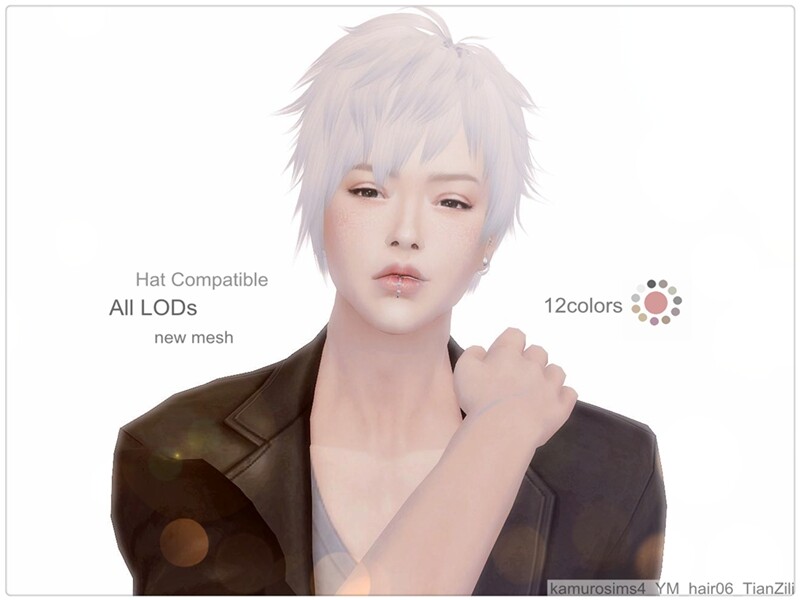 The last bit of custom content we have for you today is the Kamurosims4 YM Hair 06.

This piece of CC is an anime-inspired hairstyle that is a short spiky layered style, similar to many anime protagonists we’ve seen over the years.

The hair is available in 12 different colors for both male and female sims and is fully hat compatible. The hairstyle is trendy and modern, and if you’re into KPOP, this is the CC for you!