Fallout 76 has come a long way these past few years, given the content updates and bug fixes, and you may be thinking of jumping in to play it. Likewise, the modding experience might be something you’ve thought about, especially if you’ve played the previous Bethesda Fallout titles.

But with the game being online, the modding is more limited. Not to say you can’t find great mods out there, but it is a bit sparser. Fortunately, there are a good amount of quality of life mods as well as mods that change the games aesthetic.

Here are the 15 best Fallout 76 mods that you can try! 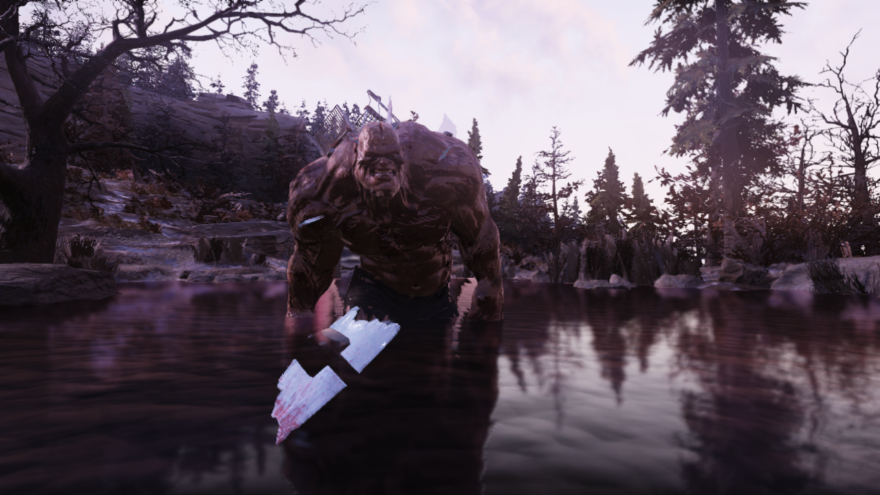 As the name would incline you to believe, Captain Phobos’ Oops all Blackburn Behemoths replace all the super mutant behemoths in the game with the one found in Steel Reign.

Why would you do this?

Because you like the way that super mutant behemoth looks! It does take away what makes the behemoth special, but if you prefer the look and animations of it enough to replace all of them, go ahead.

14. No Animation of a Heavy Fall 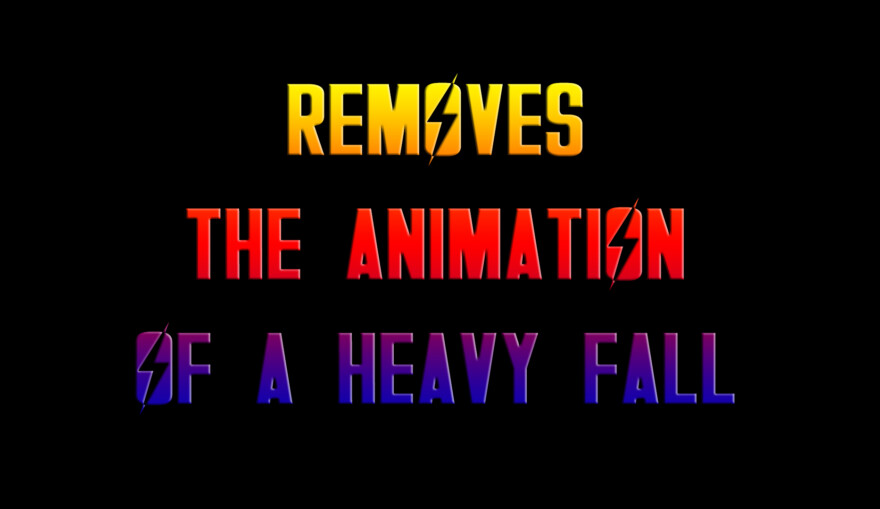 As great as the heavy and powerful-looking iron man Esque fall is when using power armor, it can be a matter of life or death with how long it takes.

No Animation of a Heavy Fall clearly sees this as more of a hindrance than a great cool thing to see. The mod removes the animation from a heavy fall and leaves no impact on reaching the ground. This prevents the player from dying when they reach the ground after jumping from a considerable height.

Looting or enemy bodies getting lost in tall grass is a problem a lot of gamers seem to have with Fallout 76. The tall grass can block visual sight or even hide good loots in plain sight, and loot is very important.

Weedkiller removes most tall grass in the game, making it easy for gamers to loot enemies or find hidden treasures that once sought refuge behind tall grass. It also improves the game’s performance if your system was struggling to generate grass patterns and maintain them. 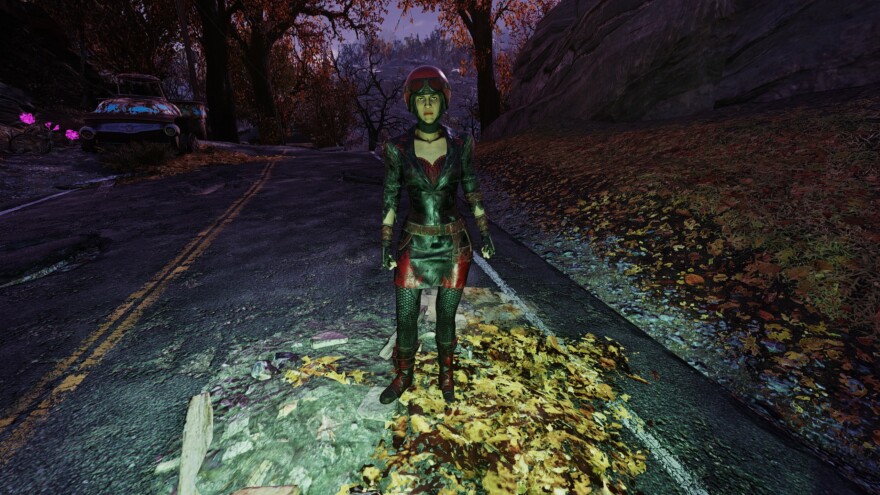 The skin exposure in other titles was something that went along with the entire aura of the game, but these weird leggings, fishnets, or whatever simply do not work.

If you’re getting mods to improve your gaming experience, then don’t leave this behind.

An updated version of an ultrawide fix by the same author, Ultrawide Reloaded, helps players with deep enough pockets facing viewing issues on their superior monitors. The mod provides support for 5120×1440 and 3440×1440 monitors as natively, Fallout 76 does not support these ultrawide resolutions.

Using it to its fullest is only a natural desire for anyone who has spent that much money on a high-quality monitor. With this mod, you can attain that satisfaction instantly! 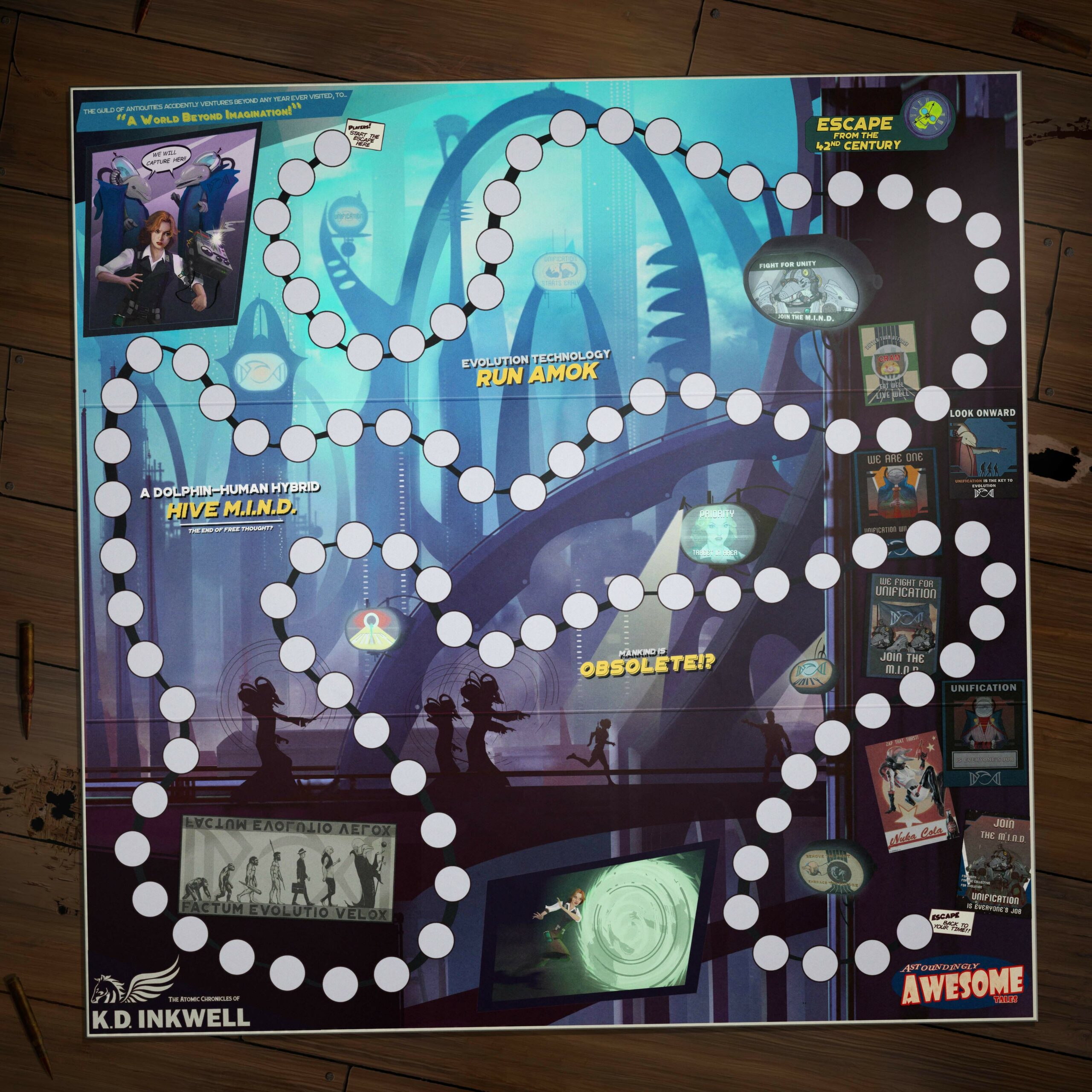 Sweep The Board cleans up and fixes all the collectible board games in Fallout 76. The mods make the board games easier to read and use, but it does remove that dusty wear and tear aesthetics that goes with the entire game.

Besides the obvious changes such as the tears and fading, it also adjusts all the parts with discoloration. It does keep the folds of the paper, so it’s not quite a pristine condition but doesn’t look like it’s been a hundred years out of the box. 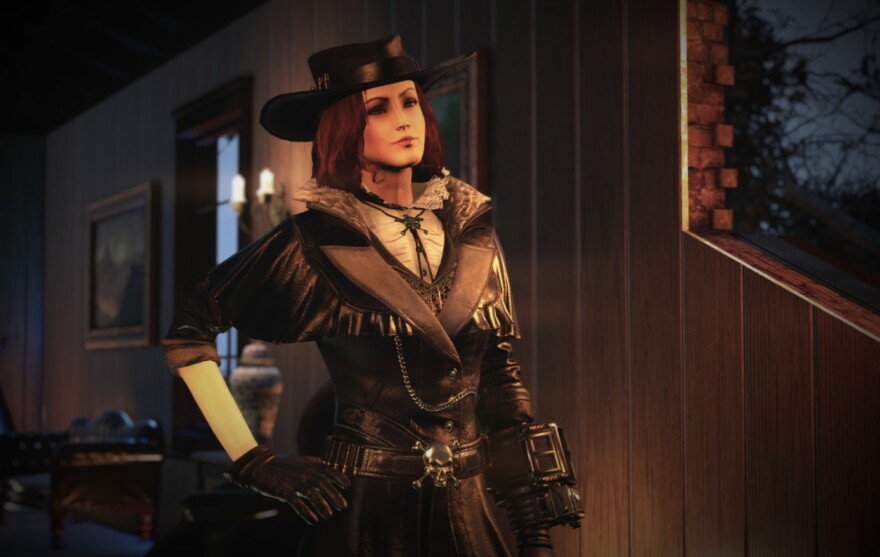 These outfits include the Starlet Sniper, Leather Mercenary, Leather Western Cowboy Hat, Leather Western Duster, and Leather Hunter’s Long Coat. Most of these are attainable in-game, but some of them will still require a purchase at the Fallout 76 atomic shop. 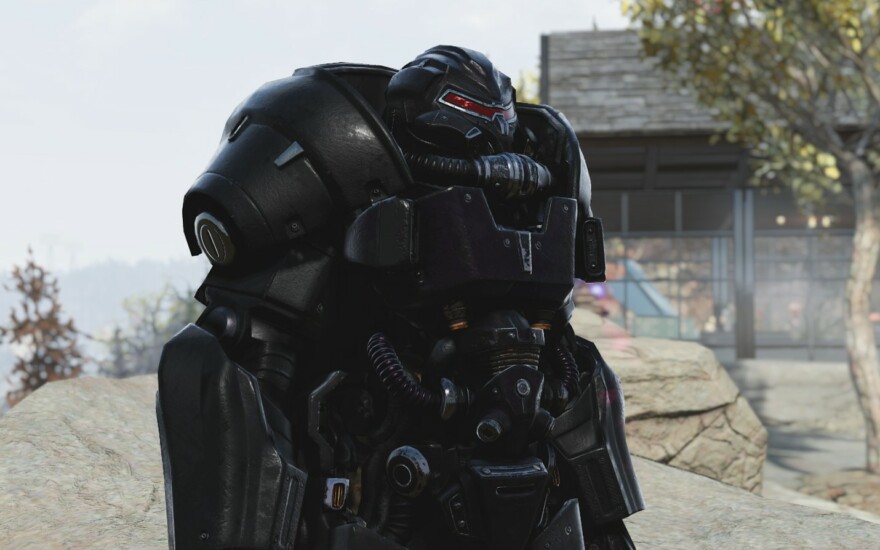 A 4K retexture of the HellCat power armor, the Dark HellCat PA Retexture, would be the perfect mod if you wanted a higher quality version of this power armor.

If you were more in the market for a different set of power armor, the author Rigell on Nexus mods does have quite a few more power armor retextures. You can find armors like the Enclave X-01, Atomic Ranger, Dark PA frame and jetpack, Quantum X-01, and quite a few more, It also comes with several camp items. 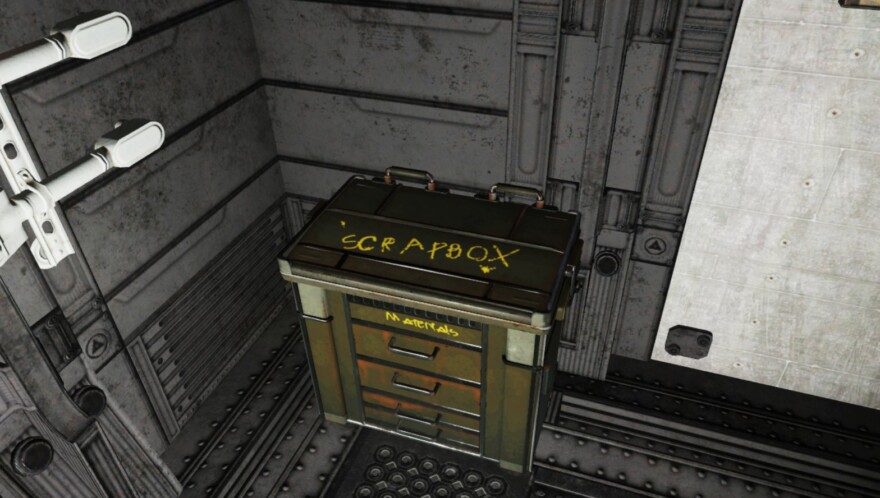 A large sturdy-looking box that can hold an infinite amount of scrap, the Scavenger Scrapbox is a nice quality of life mod. The mod has it separated rather than all your random bits and pieces sharing the same limited space as your personal stash at camp.

Although it does affect gameplay, it doesn’t alter too much. Considering the amount of crafting needed, you’ll still be looking for supplies to stock up.

The mod just makes it a bit more convenient as now you have more space for actual items, plus you’ll probably only have a stock of the more common components. It removes the tedium of having to look for a fan just to get a few more screws. 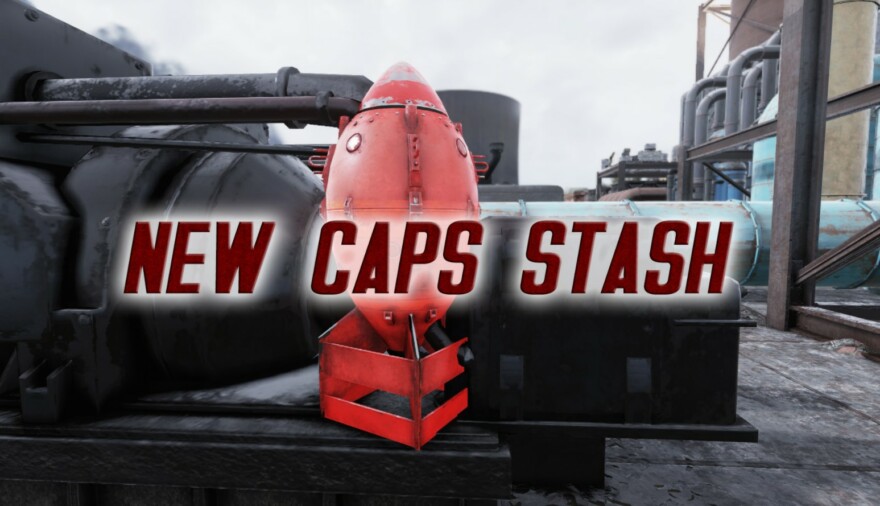 New Caps Stash changes the color of the cap stashes to bright and highly visible colors. It makes the caps easier to spot.

There are five different options, all of which stand out a lot, the red color is the least obvious looking if you don’t want the cap stashes to disrupt locations too much.

The other colors are green, purple, sky blue, and Prussian blue. Don’t forget to check this out, we highly recommend it! 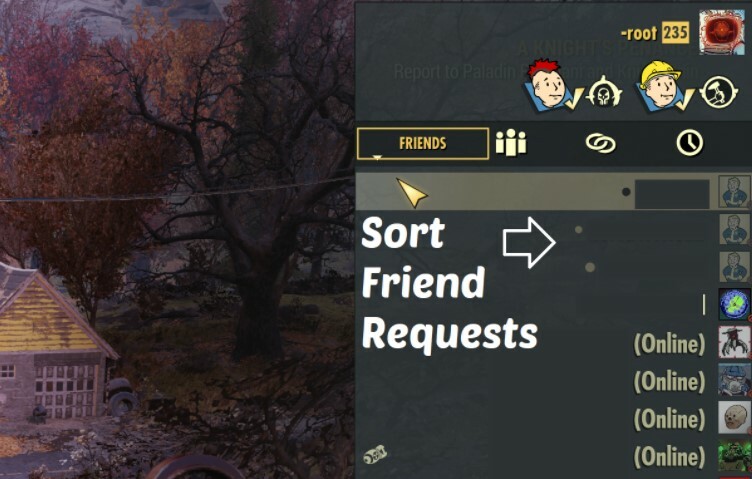 Using Sort Friends, you can now sort through your friend requests. The mod makes it easier to find someone you enjoyed playing with from the sea of random gamers you might’ve teamed up with.

The mod makes the interface for friend requests easier and lets gamers accept a handful of requests after a large event is concluded. It is definitely a quality of life mod that you should have. 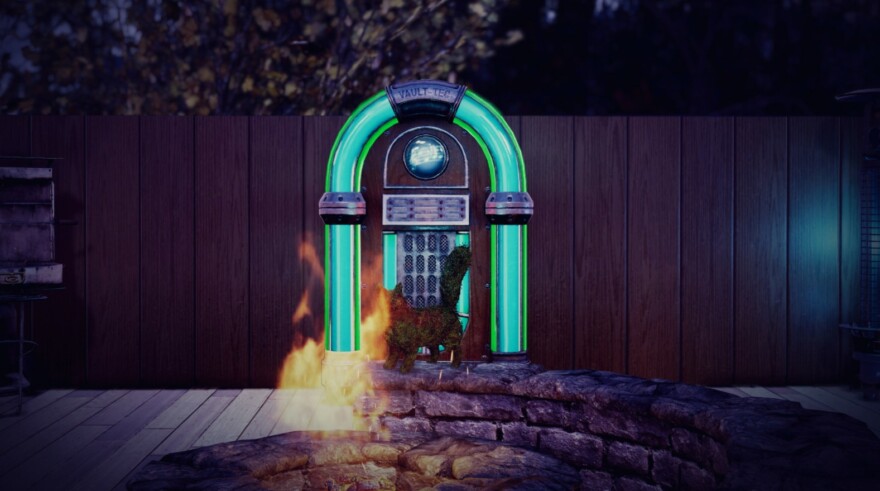 Non-classical Jukebox changes out the classical music at jukeboxes with a variety of new tracks. The new tracks are mostly rock, jazz, and country tracks which perfectly fits with the fallout theme.

A simple mod like this can really help longer time players keep the game from getting stale, or if you just don’t like classical music, then this is an easy pick. Sometimes changing small aspects of a game can make it a lot more interesting. 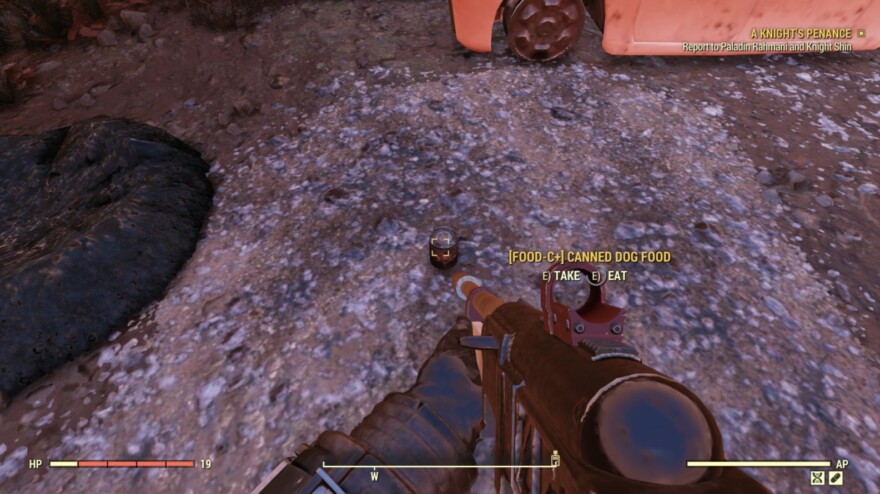 Although Fallout 76 does already sort all items into different categories, given the limited size of the menu, things may still be hard to spot. This is especially the case later in the game when you have a larger inventory.

Easy Sorting and Tagging adds significantly more options to help search for items. This includes things like a separate filter for legendary weapons or armors, items with a value of 1k – 10k caps or 10k+ caps.

It even has filters for specific food or chem items, classifying them between damage buffing, damage, sustain buffing, pre-war food, post-war foods, spoiled foods, foods that don’t spoil, cooking ingredients, and so on.

The mod streamlines inventory management, making it easy to sell, get rid of, or keep items you want. Declutter with easy sorting today! 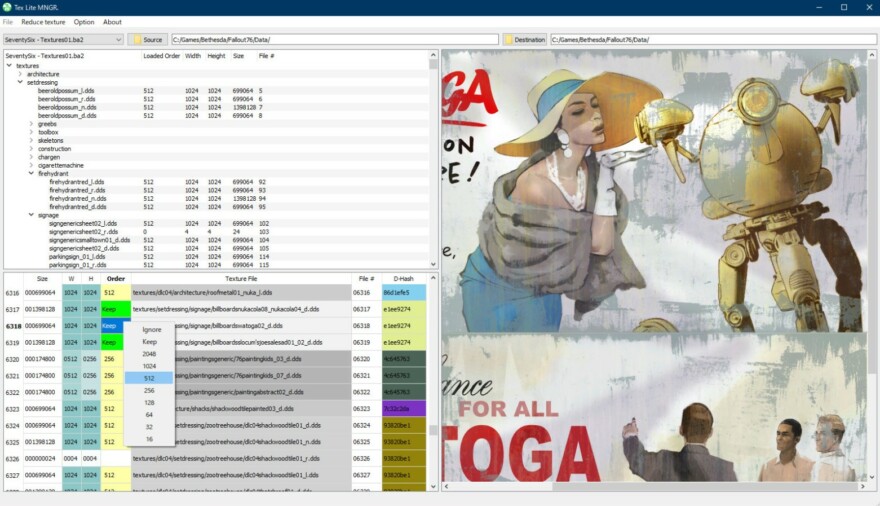 Even with the massive number of performance updates Fallout 76 has had, some people may still experience non-network-related issues.

With Tex Lite MNGR – FO76 Texture Reducing and Optimizing Tool, you can tweak every visual aspect of the game to hopefully remedy this, or just squeeze out better performance if you’re fine with lower quality textures.

The mod gives you the ability to reduce or enhance what effects or textures are important to you, especially if you want to play the game with your friends but have a system that struggles to run Fallout 76. 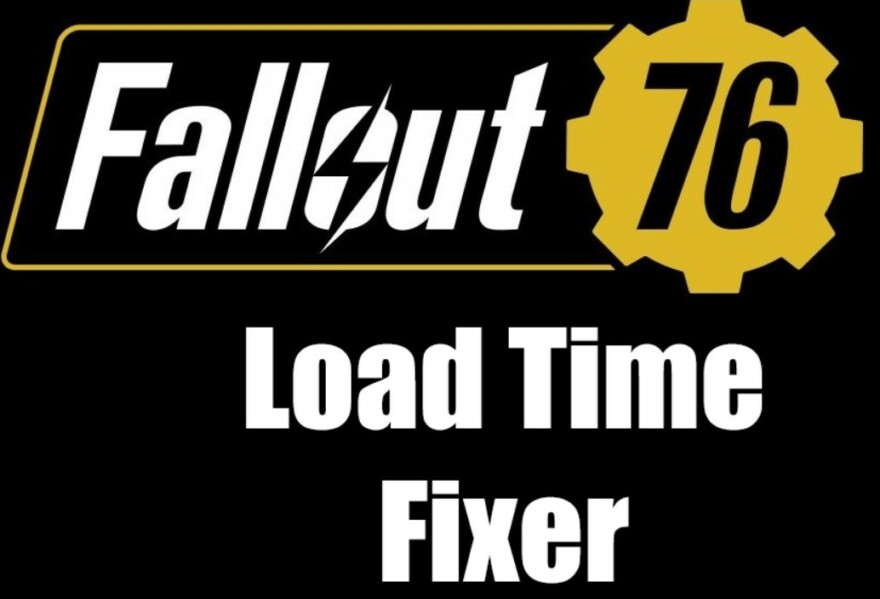 This is a quick and simple mod that cuts down on load times while playing. Fallout 76 Load Time Fixer is easily an essential mod seeing no adverse effects and drastically cutting down on load times to deliver a smooth post-apocalyptic experience.

No more abnormally long waiting times and frustrating load screens. Get right into the action as quickly as possible with a load time fixer. It is a much-needed mod for anyone playing the game!