When it comes to mecha anime, you probably immediately think of Gundam. What started as a toy promotion series became the icon of mecha anime!

For more than 40 years, the franchise has put out a lot of series and movies. We ranked 20 of the best Gundam shows out there.

So if you’re a Gundam newbie aiming to finally figure out what the hullabaloo is for this robot series, this article’s for you. Don’t worry, we won’t let Char come in and laugh at you. 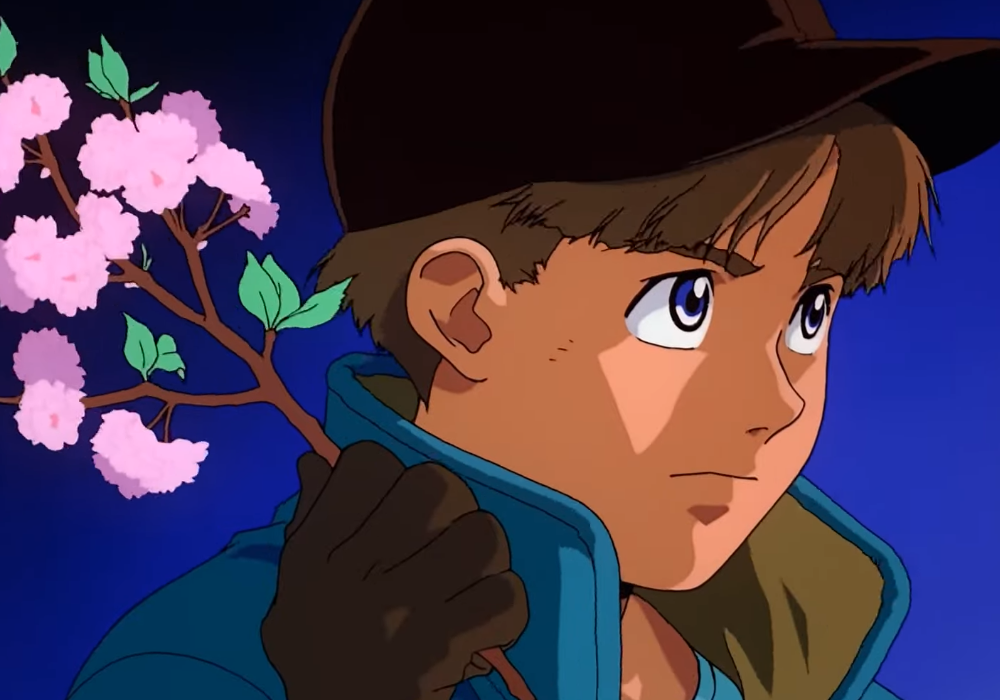 In the midst of the Earth Federation and Zeon war, civilians try to take up arms to end the war themselves. Sadly, it doesn’t go smoothly.

Thought of as one of the saddest Gundam entries ever, Victory Gundam offers a bleak story in a depressing universe.

Character deaths are aplenty. There are moments of lighthearted fun to try and balance it out, but it ends up feeling ill-timed.

Still, Victory Gundam gives you a story that emphasizes the beauty of life. 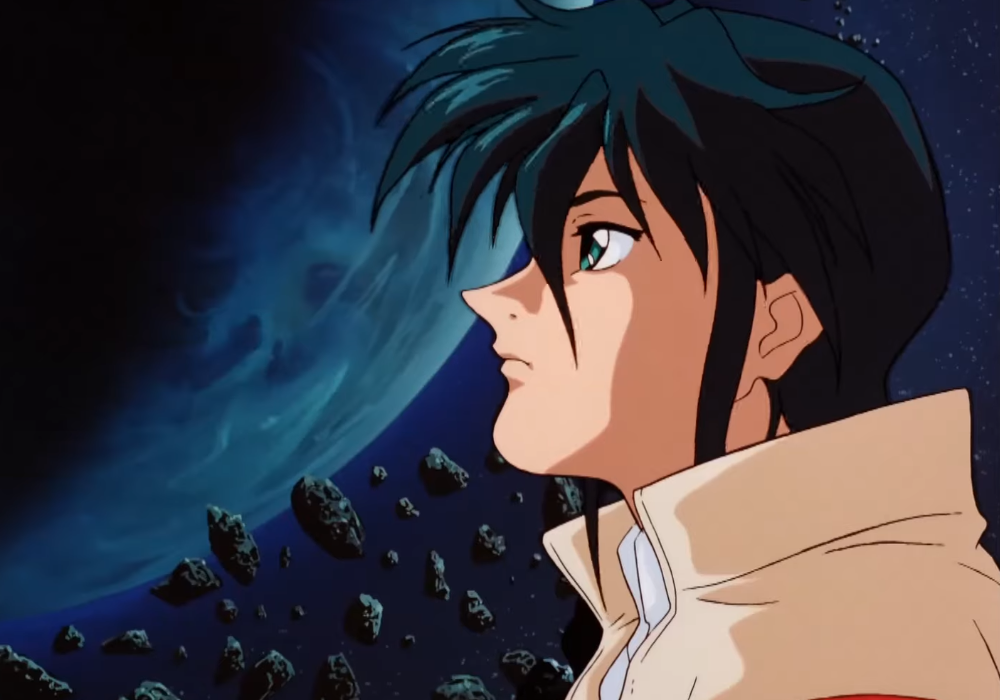 A huge war between Earth and its space colonies plunged the world into a devastating nuclear winter.

But after 15 years, another war seems to start anew. Will the mistakes of the past repeat again?

Well, we’ll sadly never know how this tale supposedly ends due to it being abruptly canceled.

A lot of Gundam fans think this series is underrated and are still mourning its untimely conclusion. 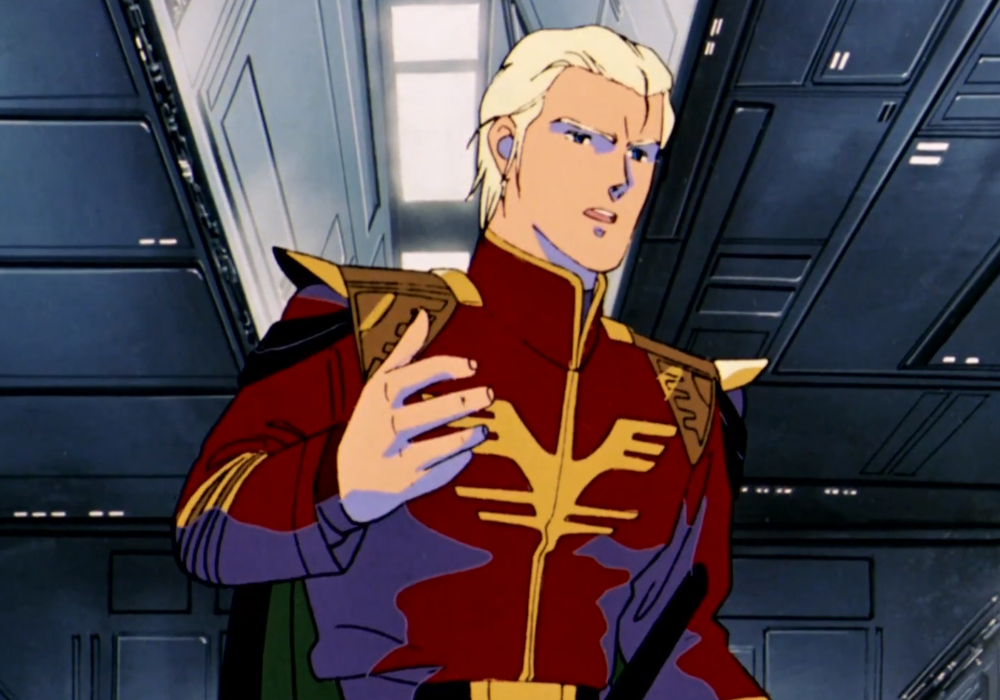 The sequel, Mobile Suit Zeta Gundam, showed us their uneasy truce. In Char’s Counterattack, their contention is back in action.

In this movie, we see Char with new forces battling it out with Amuro once more. He thinks the only way to achieve peace on Earth is for an asteroid to hit the planet and have everyone move to space.

As the first movie of the Gundam franchise and the conclusion to Char and Amuro’s saga, it definitely delivered the goods. 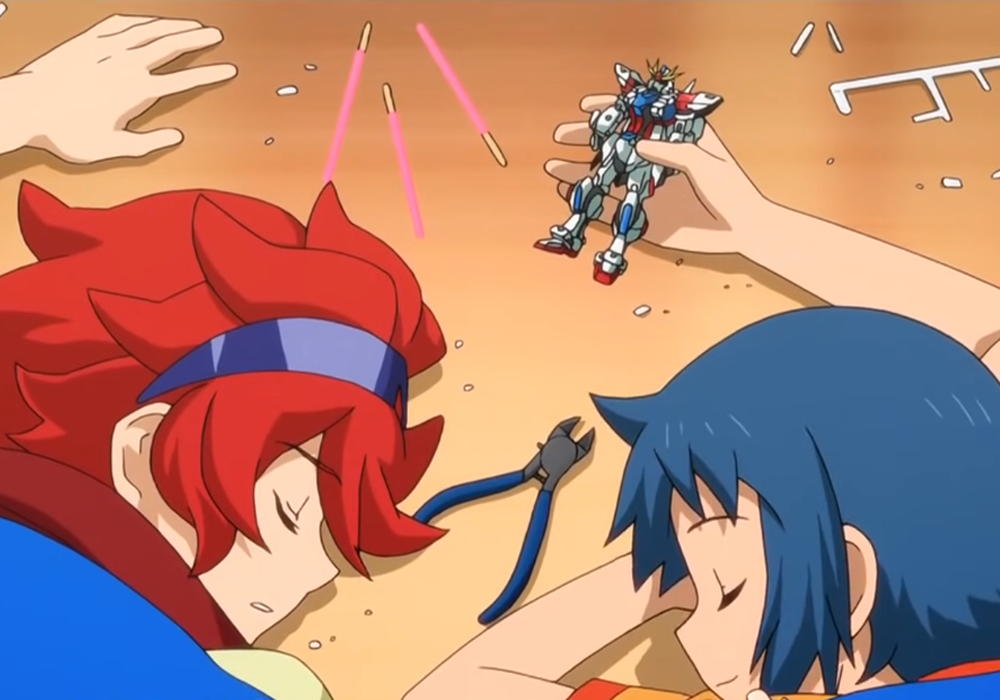 Gundam Build Fighters takes a break from space wars and focuses on an aspect of the franchise that fans love – the model kits.

In this series, we see Gundam fans build Gundam Plastic Models and fight it out in Gunpla battles.

While it’s different from the usual serious plots of Gundam, it offers a fresh and unique take instead. 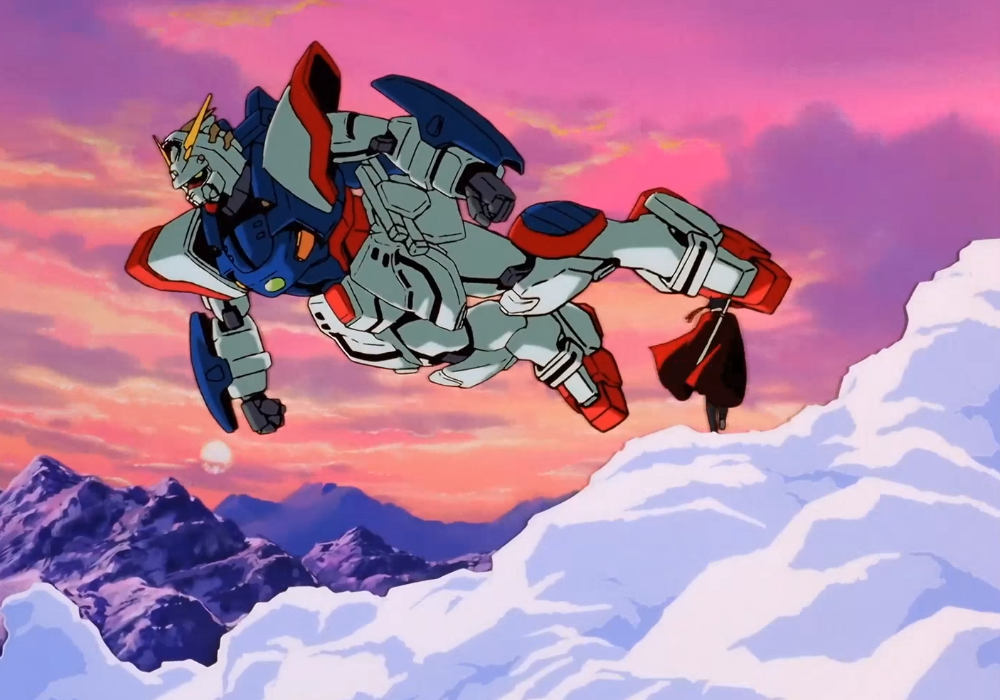 Earth is now an uninhabited mess, and each country has fled to space to start its own colony.

But every four years, a Gundam battle is held to determine which country can manage Earth for some time.

Dr. Kasshu aims to restore Earth with an experimental Gundam. Unfortunately, his prized robot gets stolen by his son!

Now his other son has to win the Gundam competition to free his father, beat his brother, and get that special Gundam back!

This is the first Gundam series to take place in a different timeline. It’s also an experimental attempt, with cheesy and campy moments.

Overall, it might not be for a newbie Gundam fan, but it’s still a fun show. 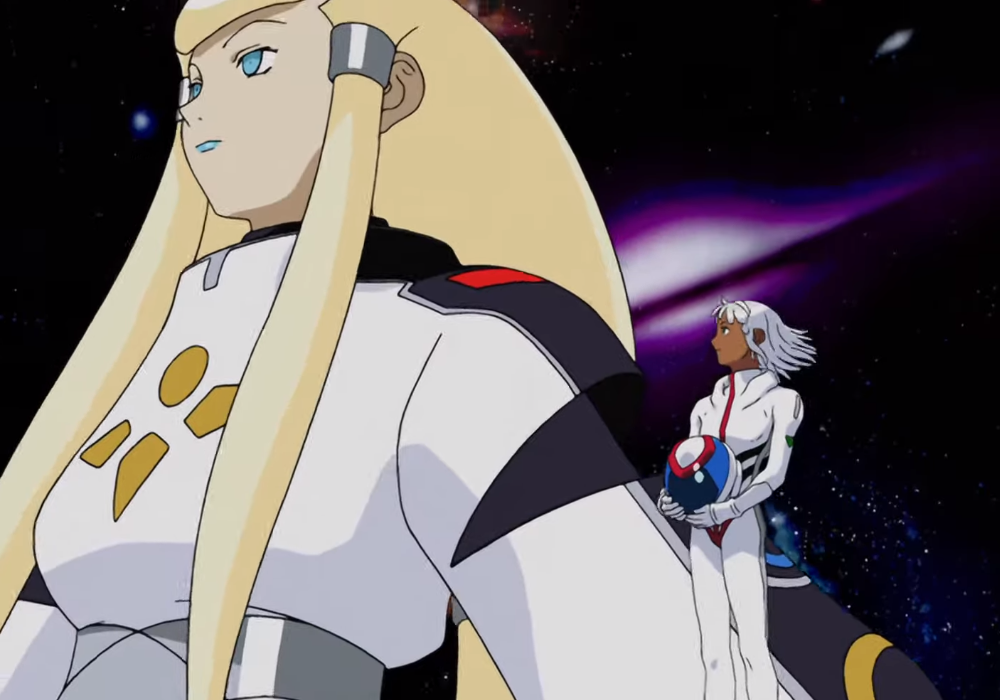 In this separate timeline, some humans left a devastated Earth to settle on the moon. Some decided to stay to live a simple life.

A recon mission to check the Earth’s status leads to a surprise attack. Loran, one of the Moonrace teenagers, doesn’t want Earth to be attacked. He stumbles upon an old Gundam and now places himself in the middle of this brewing war.

Turn A Gundam has a notably lighter and more positive tone. It takes its time to develop the characters, but action fans might find it too slow. 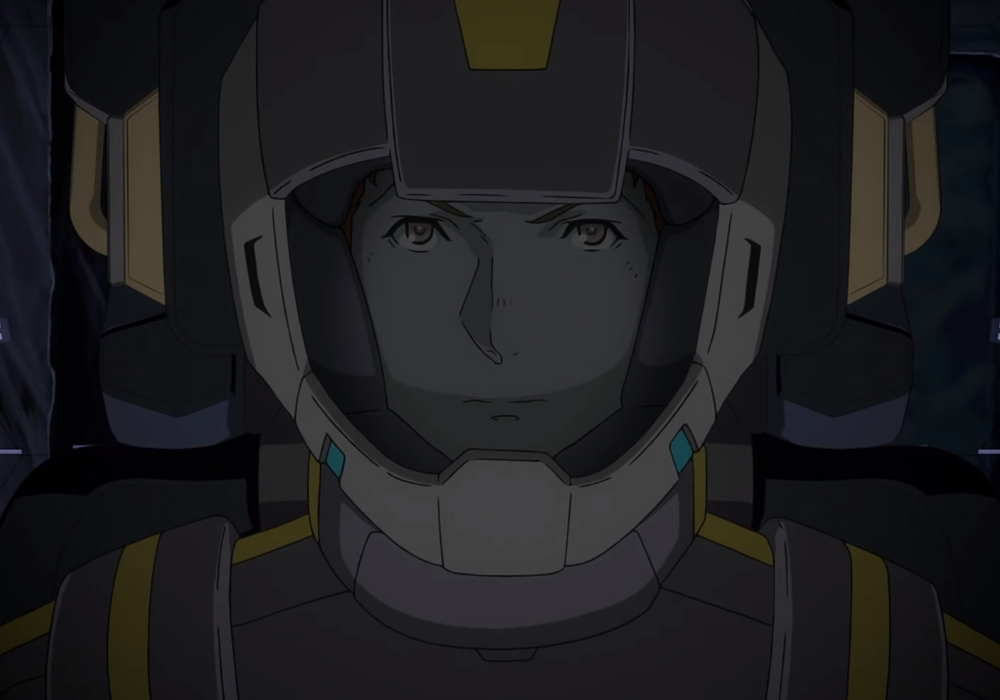 So-called peace exists in the colonies now, and Char’s rebellion from yesteryears was squashed. However, the thirst for true freedom is still in the minds of some people.

Hathaway is one of those people. Even though he’s a son of a Federation commander, he has never liked the tyranny of the Earth Federation. So he secretly starts a faction to fight the Federation.

Nuanced, grounded in reality, and not afraid to show flaws for its characters – Hathaway’s Flash is a great continuation of the original Mobile Suit Gundam trilogy. 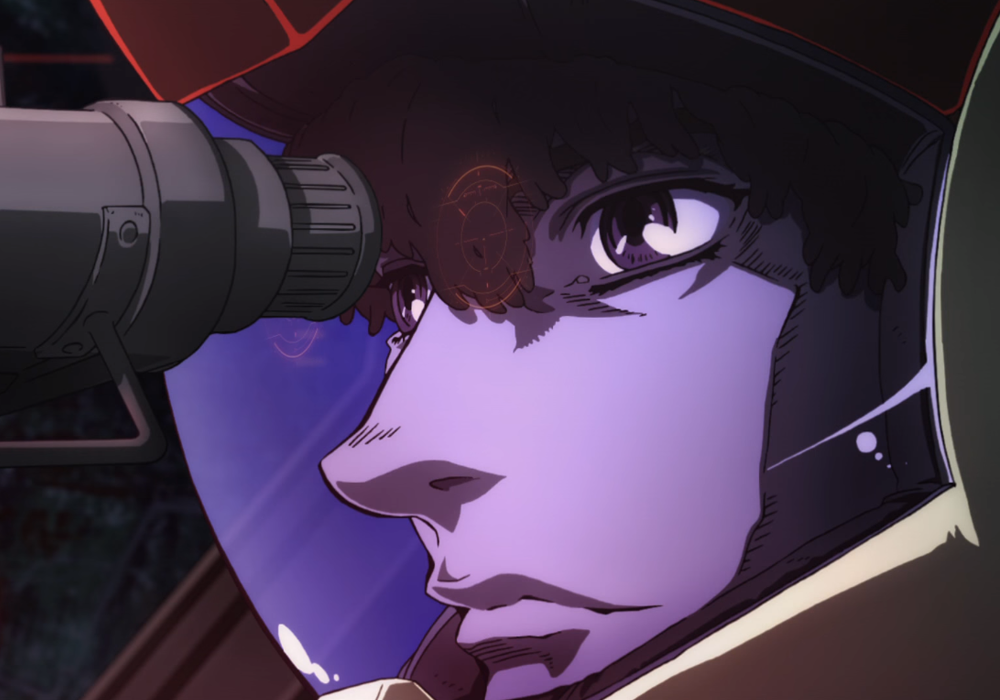 A side story for the original Gundam trilogy, this short series shows the fierce Gundam battles in this electricity-filled sector of Thunderbolt.

Earth Fed pilots and Zeon rebels battle it out while a prototype Gundam shows up and surprises them.

There isn’t a lot going on, narrative-wise. But if Gundam battles with upbeat jazz are your jam, you’ll enjoy this six-episode series. 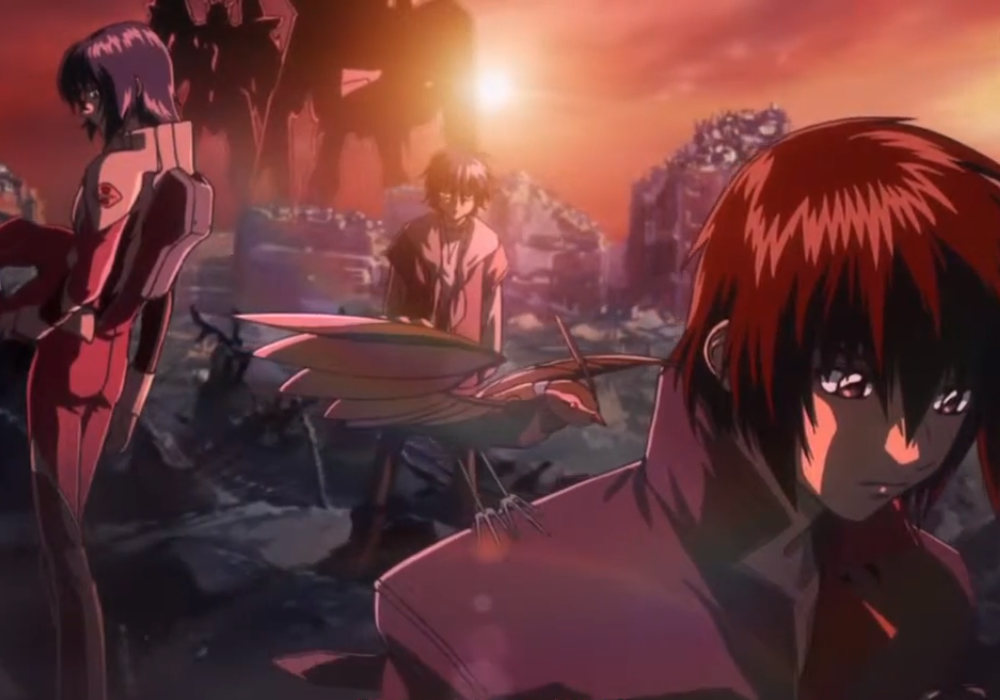 War is set to begin again when one side hijacks the mobile suits of the other. Will they truly achieve peace and come to understand one another?

Destiny tried to continue what SEED built, although, for a lot of fans, it didn’t quite reach the target. 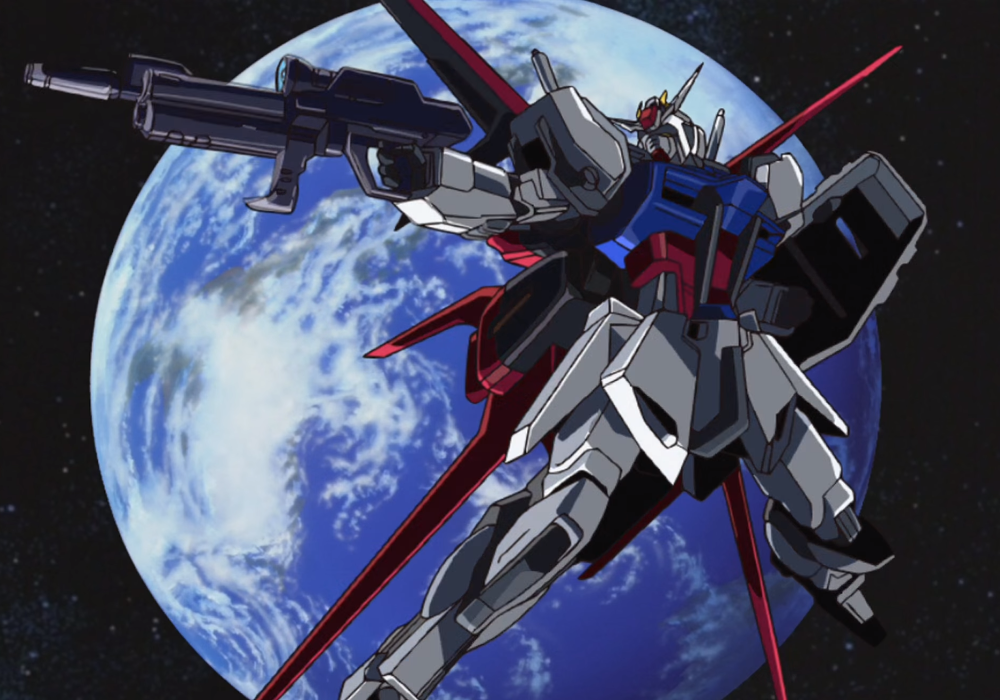 In this new Gundam timeline, the franchise introduces the concept of Coordinators – humans genetically altered before birth.

The story starts when Coordinator rebels attack a colony and steal mobile suits.

Kira, a Coordinator, gets entangled in the fighting by piloting one remaining suit and battling his former friend.

SEED deals with modern science concepts and problems, like enhancements and genetic modification.

The first half might seem linear and a rehash of old Gundam plots, but it definitely picks up. 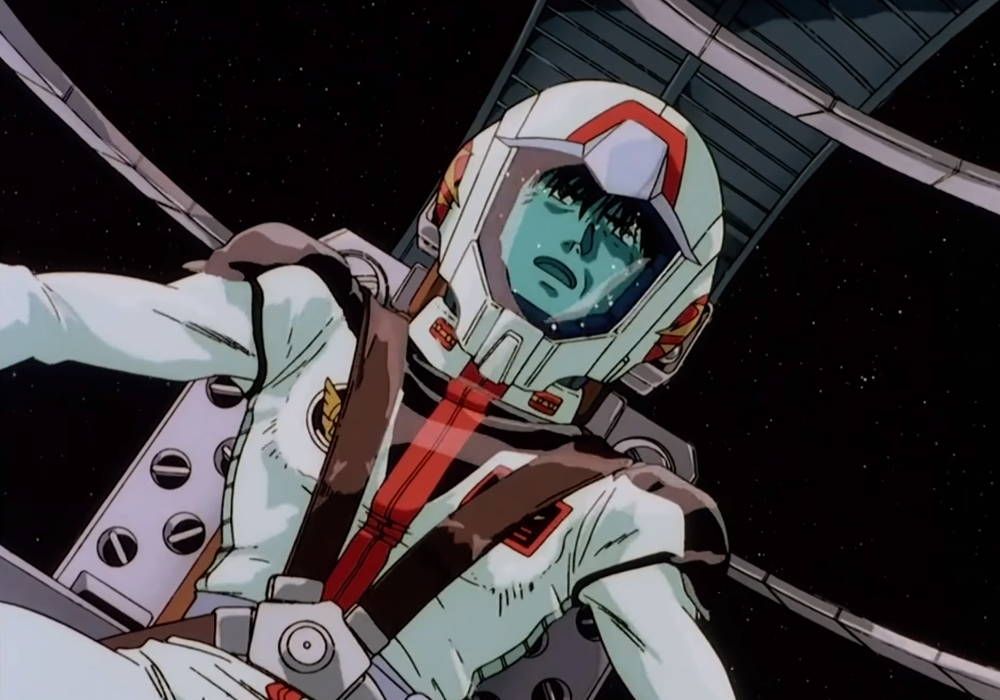 A few years after the defeat of Zeon, remnants of its rebels attempt to rise again. They infiltrate a Federation research base to steal secret Gundam prototypes.

In response, the Federation gives its remaining Gundam prototype to a rookie pilot, Kou Uraki.

Kou has to get back the stolen research and ultimately stop whatever’s left of these Zeon rebels.

This show bridges the first and second Gundam series but doesn’t really focus on old characters.

The plot and characters aren’t that strong, but its visuals and action sequences try to make up for it. 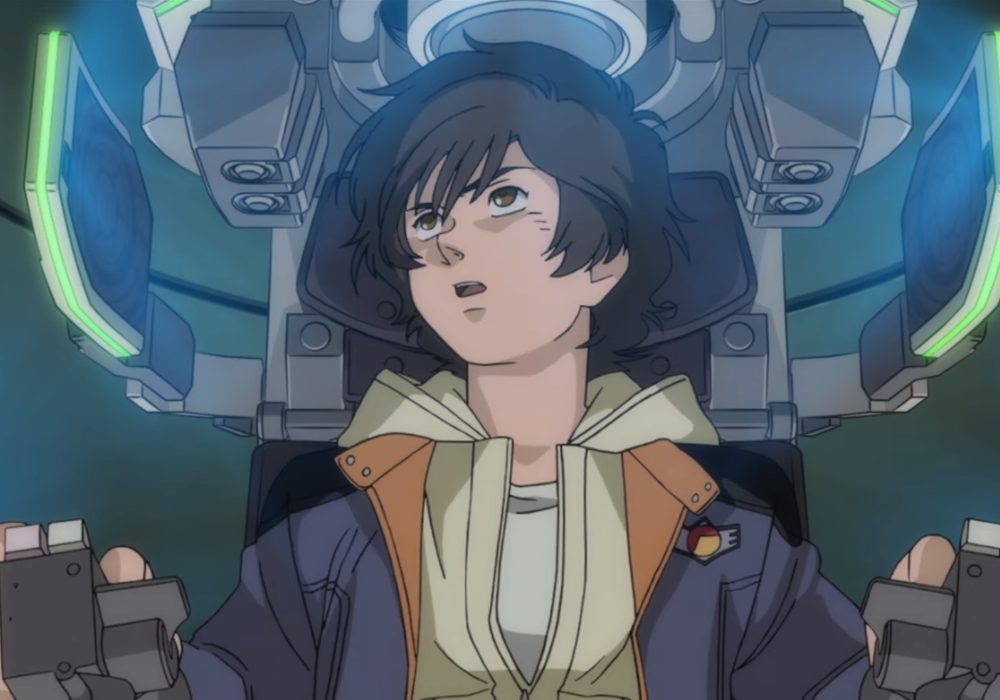 A mysterious girl from a renowned family tries to take a device called Laplace’s Box.

She goes to one of the colonies to retrieve it but bumps into Banagher Links, a young boy trying to live a peaceful life.

A remnant group of Char’s Neo-Zeon attacks Banagher’s home. The young boy ends up piloting a newly built Gundam and now has to protect people from this group called the Sleeves.

Originally a novel, this is a continuation of Char’s Counterattack. Some book elements got compressed, but the pacing is still excellent for such a short series.

However, you might need to watch previous Gundam titles in the same timeline to fully enjoy it. 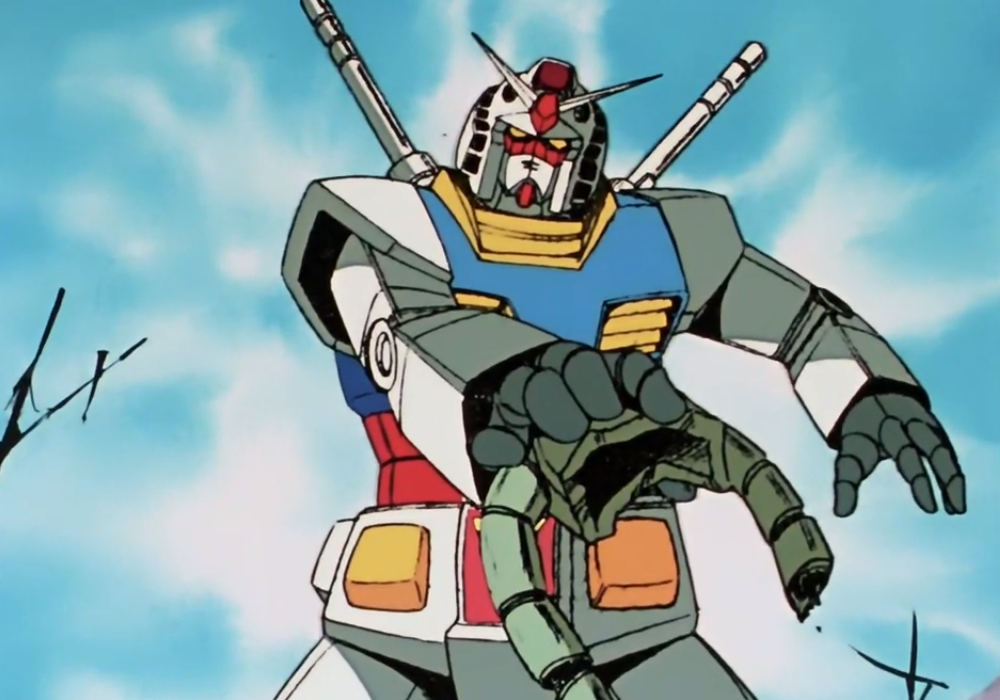 In the Universal Century year 0079, humans have moved to space. However, war is brewing between one colony and the Earth government.

We follow young Amuro Ray, a civilian who’s new to Gundam, and Char Aznable, the enemy’s ace pilot. How will this clash end?

Considered as the father of mecha anime and the revolutionary mecha title that started it all for Gundam, Mobile Suit Gundam is a must-watch show for any new fans who want to start their Gundam journey.

Narrative-wise, other later entries have improved on it. But you can definitely see a lot of mecha ideas, tropes, and themes that started from this. 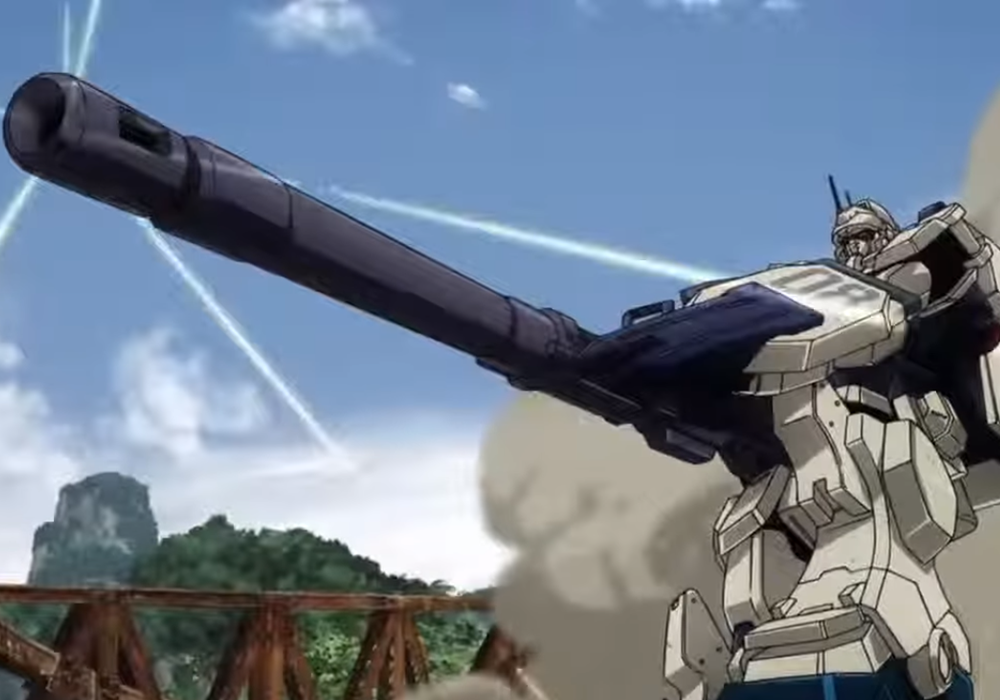 This sidestory of the original trilogy focuses on a group of Federation pilots and Zeon forces on Earth.

The Federation group is gaining an upper hand against the rebels.

All of a sudden, their skilled commander, Shiro Amada, falters a bit when he meets the ace pilot of the Zeon forces they’re battling.

It turns out that Shiro and the ace pilot, Aina, have a history together. These star-crossed lovers have to decide where their hearts truly lie in this war.

If realistic battles and decent characters from both sides sound appealing, you’ll enjoy this 12-episode OVA. 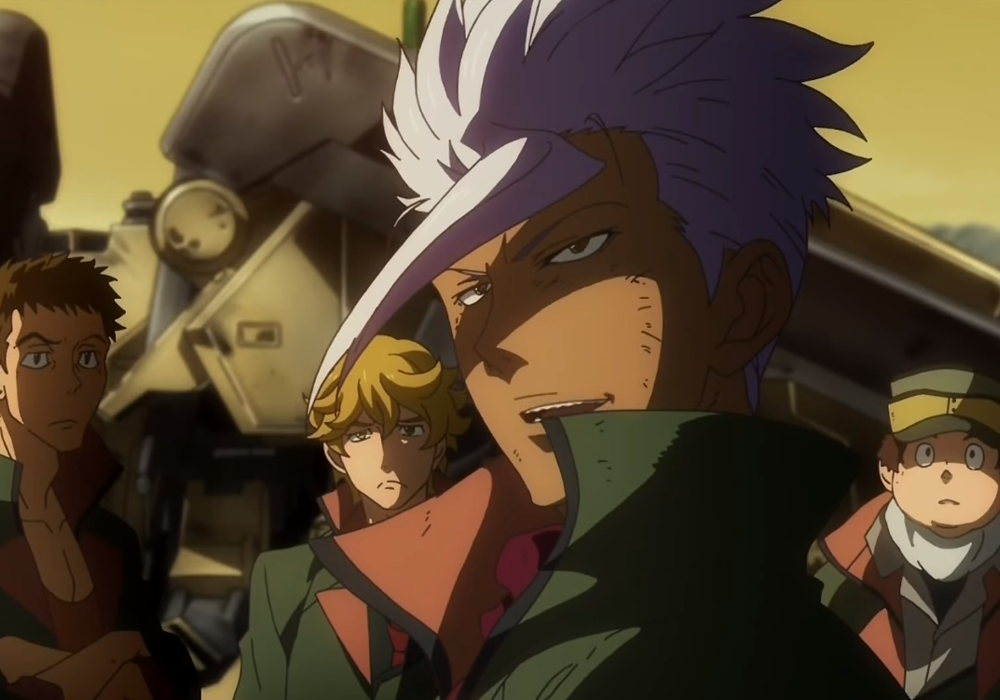 A disastrous war against automated robots left humanity in shambles. While the Earth Sphere has fixed itself, places like the Mars Sphere are still struggling.

Kudelia Aina Bernstein decides to get involved with the plight of Mars. She hires Chryse Guard Security to escort her in her mission.

An assassination attempt tries to stop her. Her escorts, who are child soldiers, protect her and use this opportunity to rise up against their adult oppressors.

This is a new timeline in the Gundam series. The political plot might be a bit overwhelming, but it deals with serious issues stemming from the effects of war in an interesting manner. 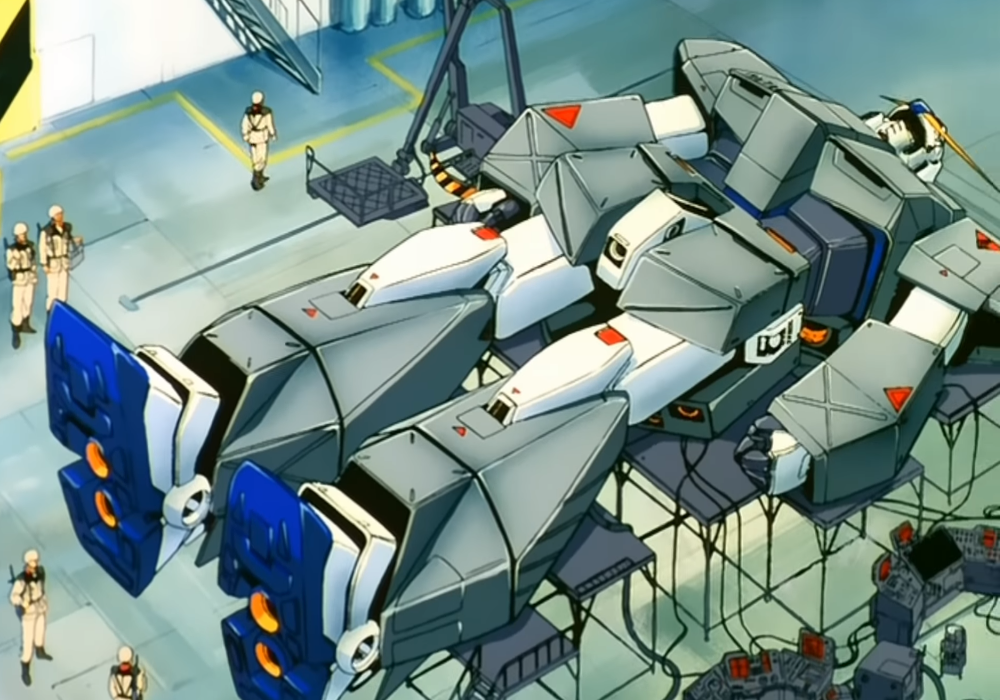 This is another side story connected to the war between the Earth Federation and the Principality of Zeon.

Alfred is a 10-year-old boy who’s fascinated by the war. After a clash between the two forces in his neutral colony, he finds a crashed mobile suit. In it is a pilot from the Zeon side.

The pilot befriends him to secretly know insider information. And unknown to Alfred, his next-door neighbor is a test pilot for a Gundam prototype.

Alfred is actually closer to this war than he initially thought.

This series shows the realities of war from the perspective of civilians. This was also a project to commemorate the 10th anniversary of Gundam. 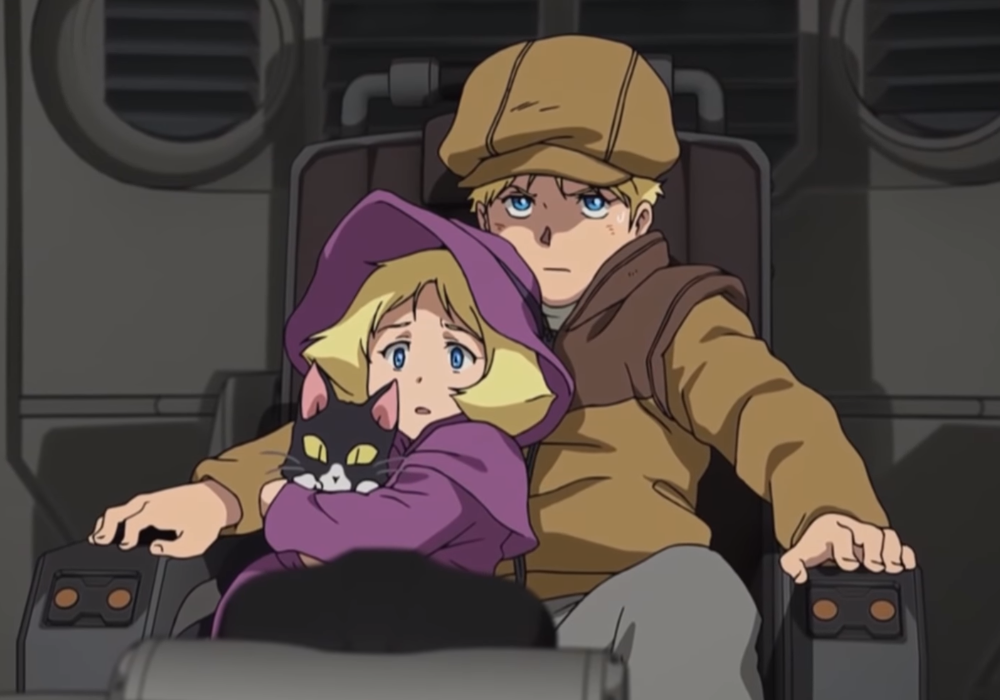 This is a Gundam show that’s definitely made for Gundam fans. It delves into Char’s childhood and the events that mold him to become the beloved Gundam character we know and love.

The use of 3D CGI is mostly good, though a tad too much at times.

The plot also retcons a lot of aspects from the original trilogy. Still, it is an enjoyable tale that feels like a love letter to Gundam fans. 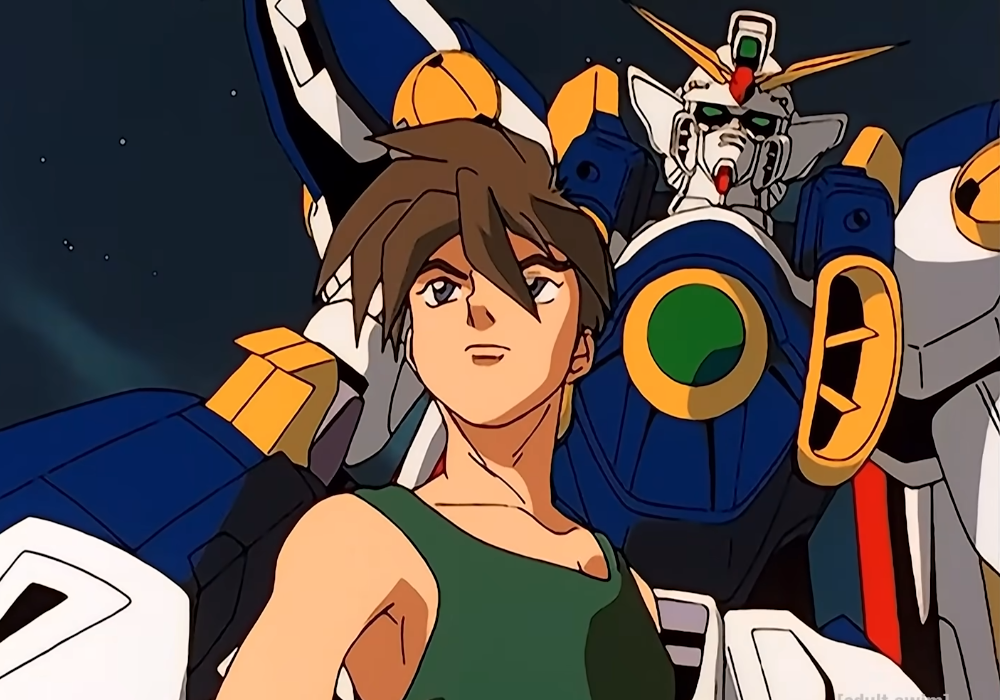 As vengeance for the tyranny of the Organization of the Zodiac, five scientists train five young lads to pilot Gundams.

At first, these young pilots become wary of each other until they realize they have the same goal.

This is a separate timeline in the franchise. It deals with why these pilots fight, as well as topics on oppression and freedom.

A lot of Gundam fans look back to this with fondness and nostalgia. This was broadcast in a lot of countries outside Japan and gained quite a following. 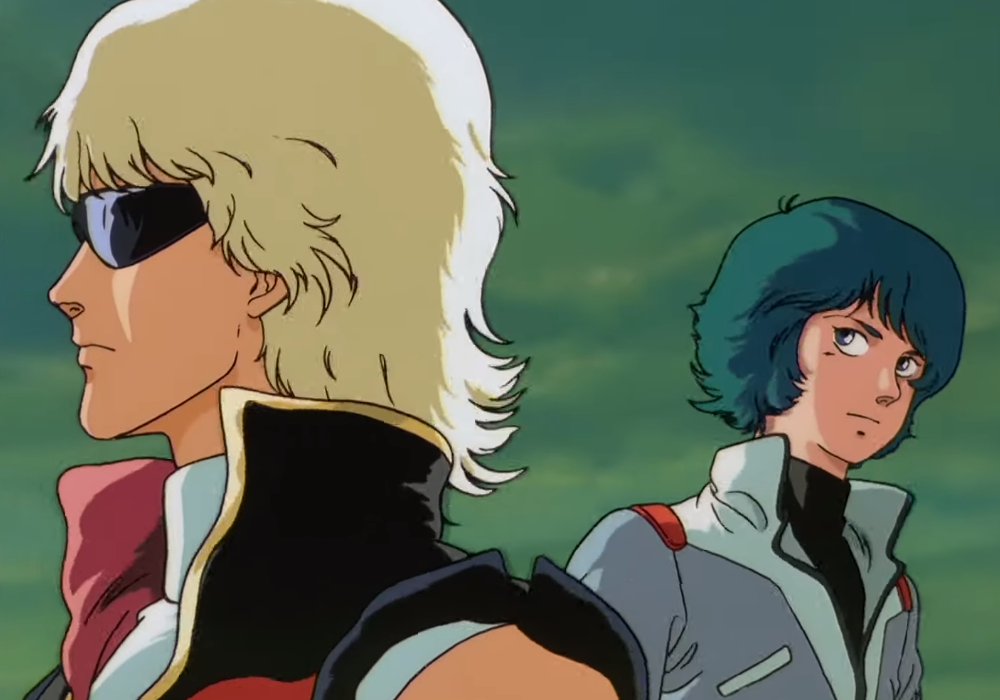 After the events of Mobile Suit Gundam, the Earth Federation decides to squash any remaining pockets of insurgency with a task force.

Unfortunately, this task force, called the Titans, is brutal. Its members are nothing but ruthless tyrants.

People from different colonies team up to stop the Titans. You see new faces, like protagonist Kamille, as well as familiar ones from the first Gundam installment. 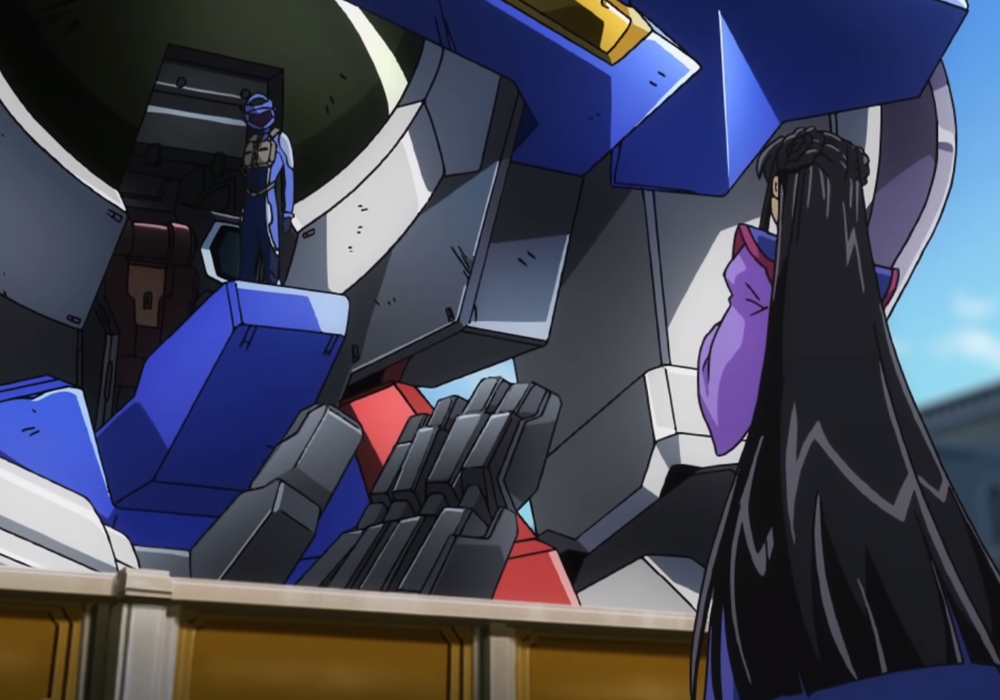 In the race for renewable energy, humans look to solar power. Three huge factions end up controlling solar energy while smaller and poorer countries squabble over what trickles down to them.

Wars, oppression, and terrorism happen amidst this. However, a group called the Celestial Being aims to stop all wars by waging wars themselves.

Will they succeed with this goal, or will they just add more chaos to the mix?

Hailed as one of the best Gundam series in the franchise, 00 deals with serious political, environmental, and moral issues.

Not only does it have an excellent story, the classic Gundam fights are there, and the characters are complex with interesting histories.

You don’t need to know previous Gundam shows to watch this. If you’re a Gundam newbie, dive right in!