With the recent disappointment of Netflix’s Cowboy Bebop adaptation fresh in our minds, it’s difficult to look at live-action movies and shows right now.

But here at Nerd Bear, we’ll help you wash that distaste with these actually good live-action anime adaptations.

No, sir, these won’t be like the Attack on Titan movie, Netflix’s Death Note or heaven help us, Dragonball Evolution. There is no live-action Avatar: The Last Airbender movie in Ba Sing Se!

These film and TV series adaptations listed below prove that live-action anime can be done well. And anime fans shouldn’t be too scared about it. 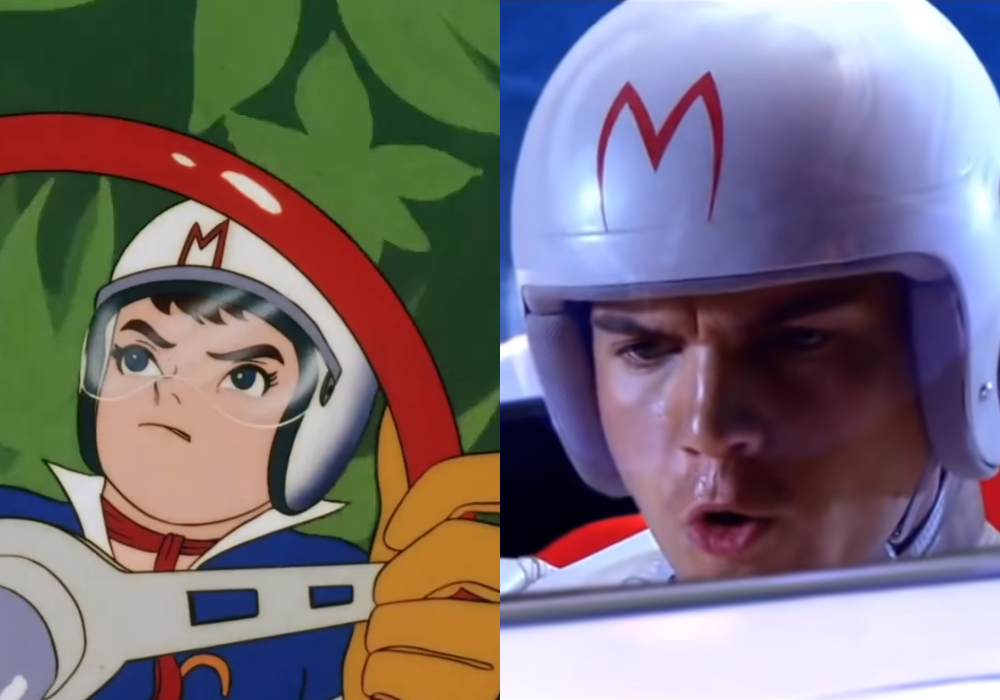 To continue his late brother’s career, 18-year-old Speed Racer zooms his way into the racing world with his Mach 5 car.

With the help of his friends and family, he aims to win the championship.

Although it didn’t do too well during its time, Speed Racer is now considered by some an underrated and misunderstood movie.

It has even gathered a cult following over the years. 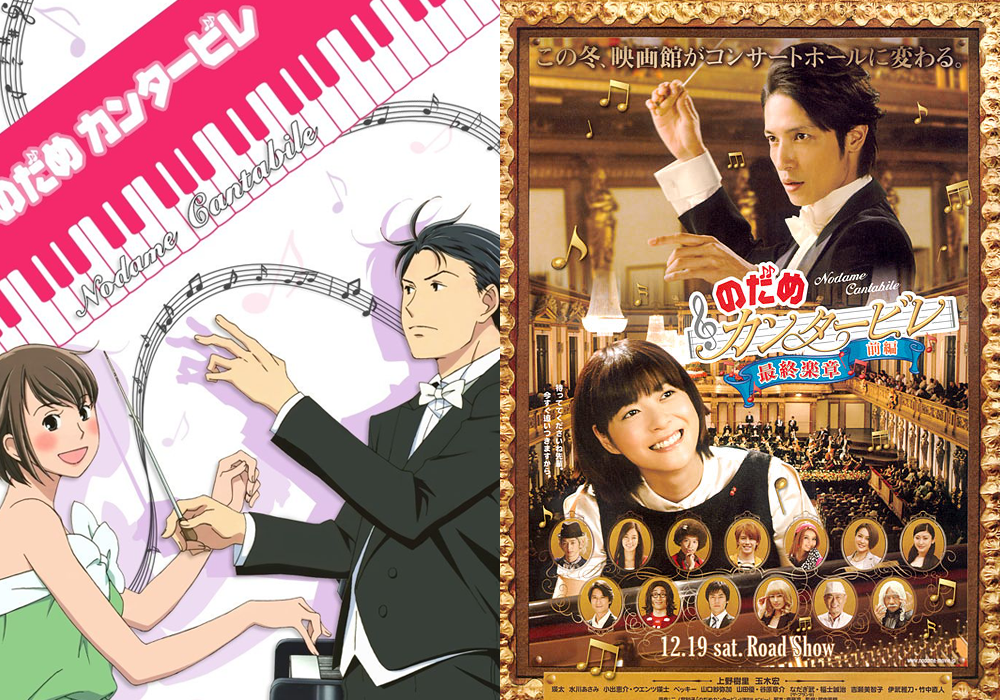 She’s in awe of his skills at conducting. Meanwhile, he can’t understand how disorderly she is but a virtuoso at the same time.

They’re very different people, but their passion for music connects them.

The live-action TV adaptation meshes the wackiness of the anime series while keeping it grounded by showing actual musical performances.

It’s a delight to see the actors play the instruments! 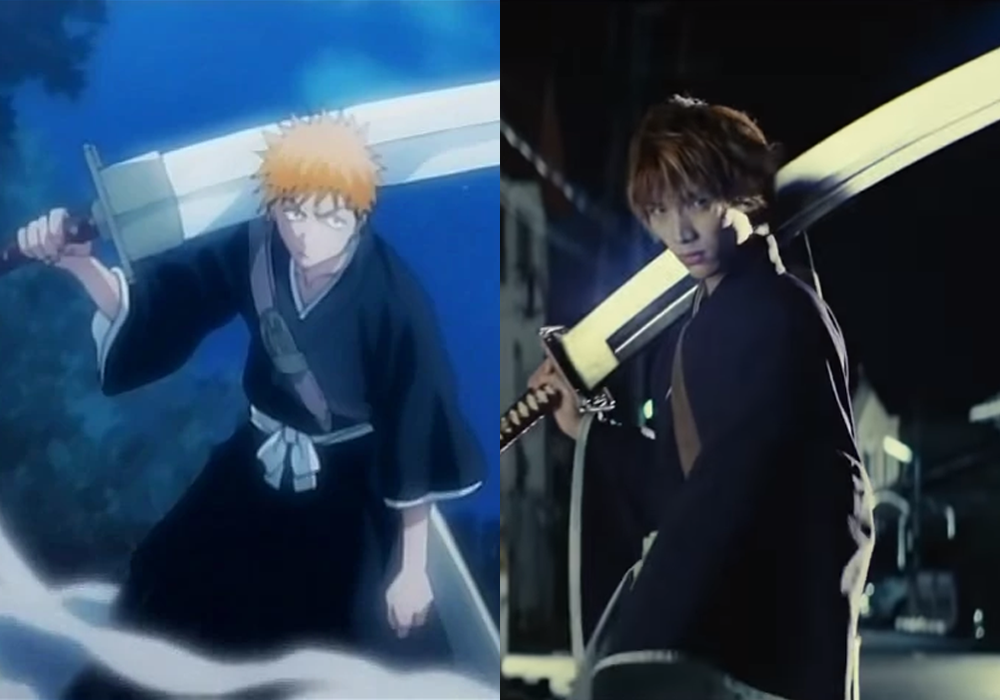 Ichigo has always been aware of spirits and ghosts. But for the most part, he’s just an ordinary high school boy with bleached hair.

His world takes a surprising turn when he meets a Shinigami, soul guardians who purify spirits and give them a spiritual burial.

On top of that, he was able to borrow Shinigami powers!

The 2018 live-action movie adapts the early parts of Bleach’s story – from Ichigo meets Rukia to her leaving for Soul Society.

It has good special effects and tries to stay true to certain anime elements, like colored hair and outfits, without looking tacky. 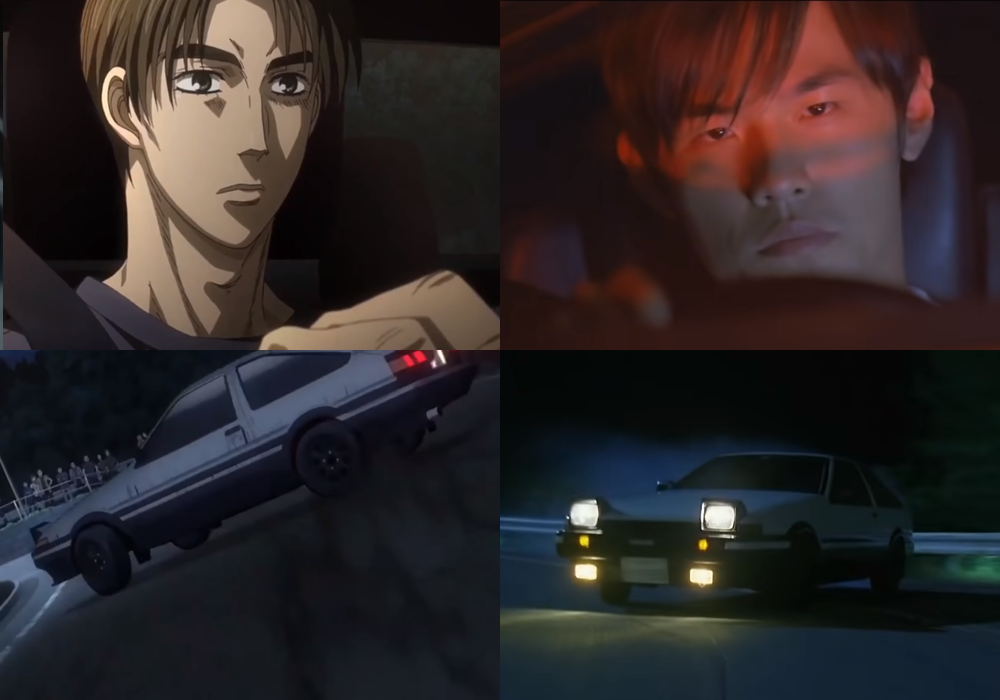 The ever-popular car racing manga and anime gets a live-action movie from Hong Kong!

High school student Takumi works as a tofu delivery boy for his father’s business, as well as a part-time gas attendant at his friend’s father’s gas station.

Thanks to his friend, he gets dragged to the world of street racing.

The adaptation might not be as faithful, and, sadly, there’s no Eurobeat. However, if you want to see real-life drifting and tofu balancing, this movie definitely delivers it. 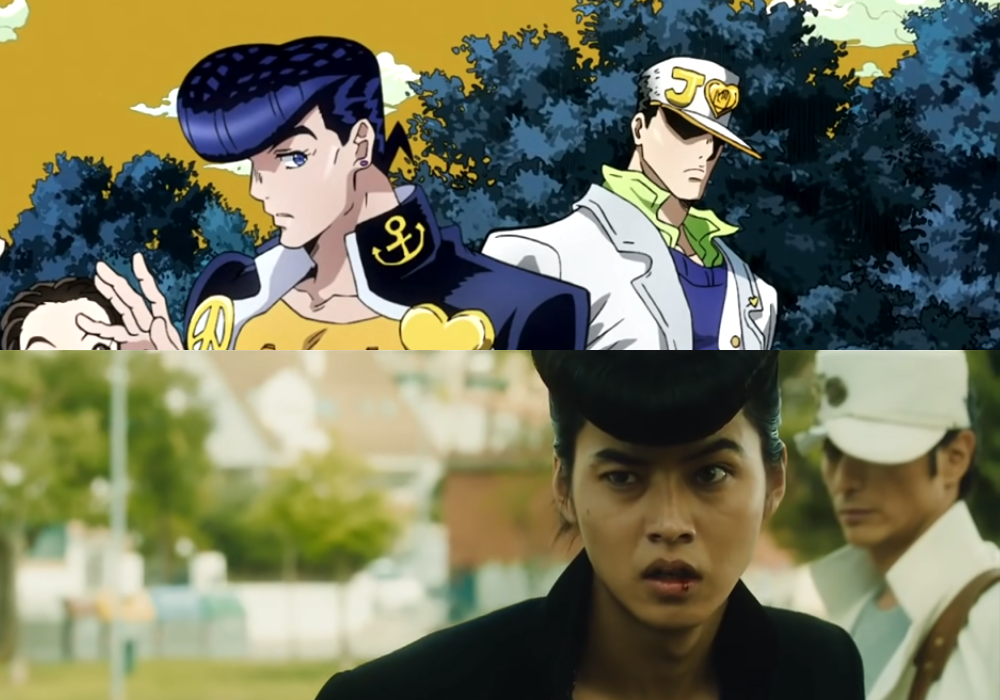 Adapting JJBA for live-action sounds like an insurmountable task. The series is complex, ridiculous, fabulous, and of course, bizarre.

But here we are in a timeline with a JJBA live-action movie, and frankly, it’s actually okay.

To compress long storylines and make them accessible to a lot of new viewers, the movie cut out and fused some stories and characters.

Still, it managed to incorporate JJBA’s signature larger-than-life theatrics. More importantly, you get to see Stands in real life! 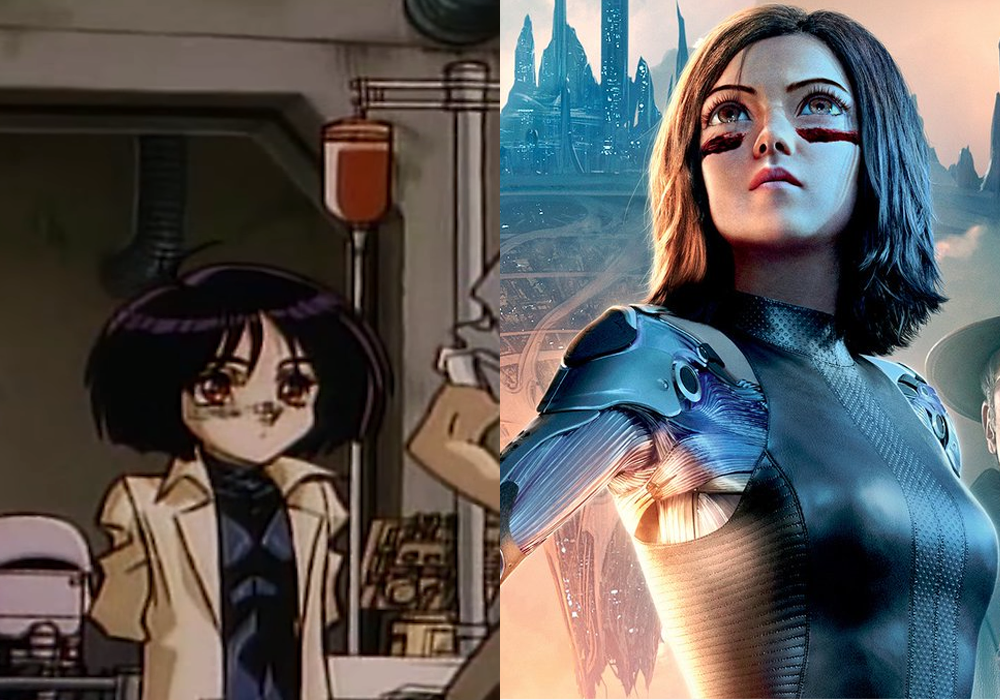 A cyborg wakes up in a new body but without any memories. She embarks on a journey to find out who she is and what she’s meant to do.

Based on the Gunnm or Battle Angel Alita series of Yukito Kishiro, this is one of Hollywood’s recent attempts at live-action anime adaptation. Despite the terrifying large eyes, it’s actually not bad.

Although the screenplay was criticized, its futuristic sci-fi action scenes and visual effects were praised. 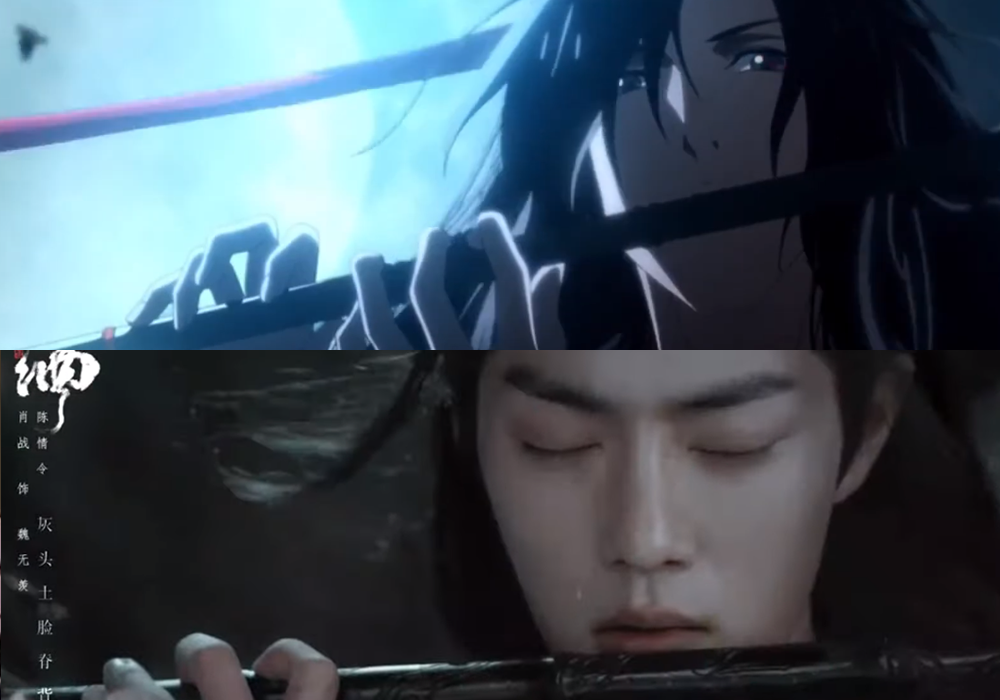 Upon his resurrection 16 years later, Wei Wuxian slowly unravels what led to his death and how the people from his former life might be linked to it.

This Chinese novel about ghosts, zombies, fantastical elements, and political subplots set in Ancient China took off thanks to word of mouth.

It now has a manga version, audiobooks, anime series, and most recently, a live-action adaptation.

If you’re into Chinese folklore and mythology, this xianxia is perfect for you. 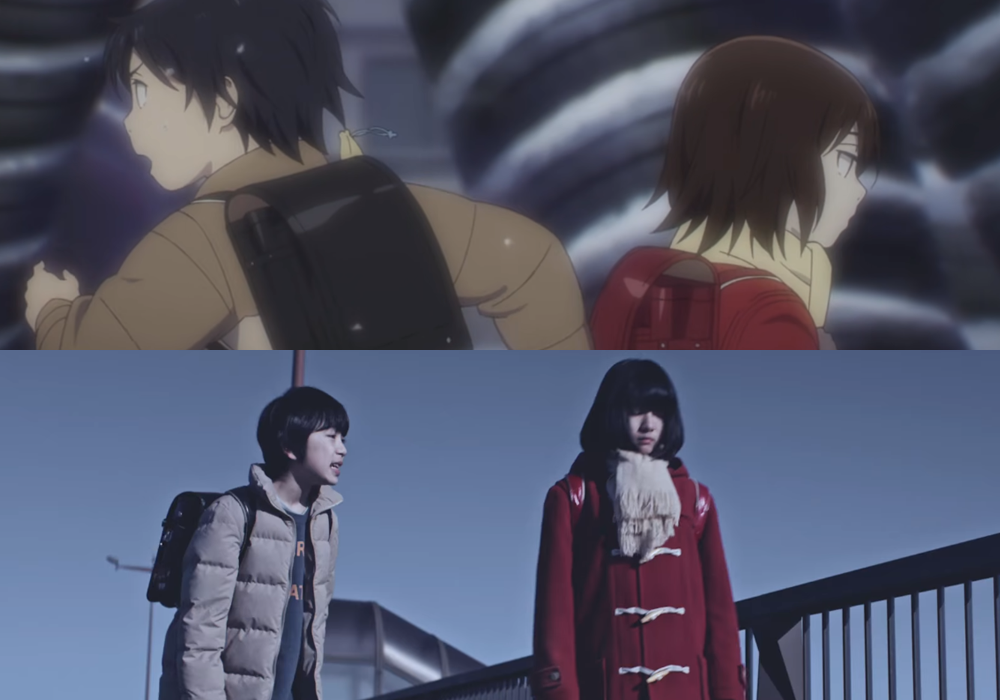 When it comes to live-action anime, Netflix gets the heat due to their Death Note and Cowboy Bebop adaptations. But before you continue to get angry, you should know that it’s not all bad.

Netflix’s Erased tries to stay true to the source material. The fantastical elements are still there, and the whodunnit mystery is definitely still intact!

Add in some good acting, exceptional cinematography, and a fitting soundtrack, and you have an excellent recipe for an outstanding live-action anime show. 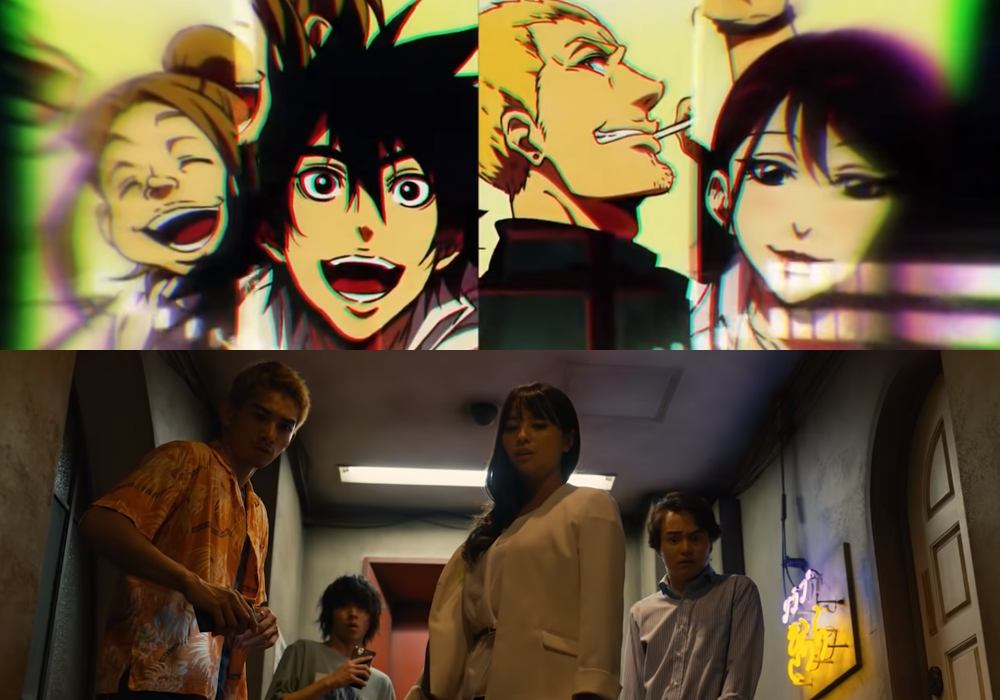 A group of friends suddenly find themselves teleported to a deserted Tokyo. They soon find out they have to play deadly games to survive.

This is another proof that Netflix can do a good job when it comes to live-action anime adaptations. It didn’t deviate too much from the source and did well with the effects.

It’s getting a new season soon, so it’s the perfect time to jump right into it. 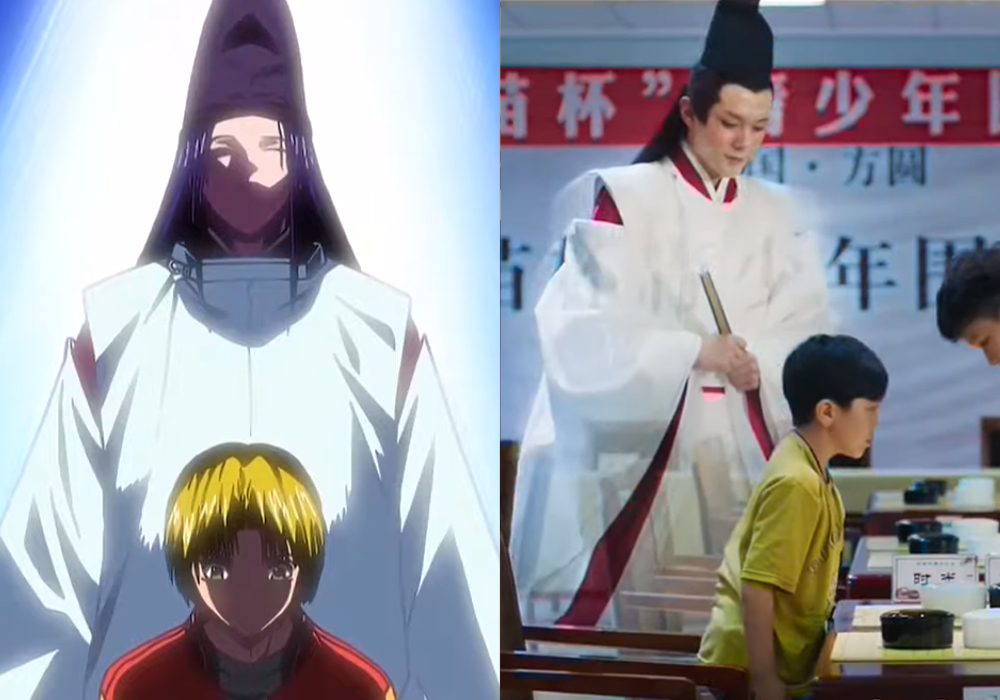 A young kid finds a mysterious Go board in his grandfather’s house. Upon touching it, the spirit of an ancient Go master possesses him.

From then on, the little kid learns how to expertly play Go, thanks to his new friend.

But it’s an excellent adaptation, and Hikaru no Go fans are ecstatic about this interpretation! 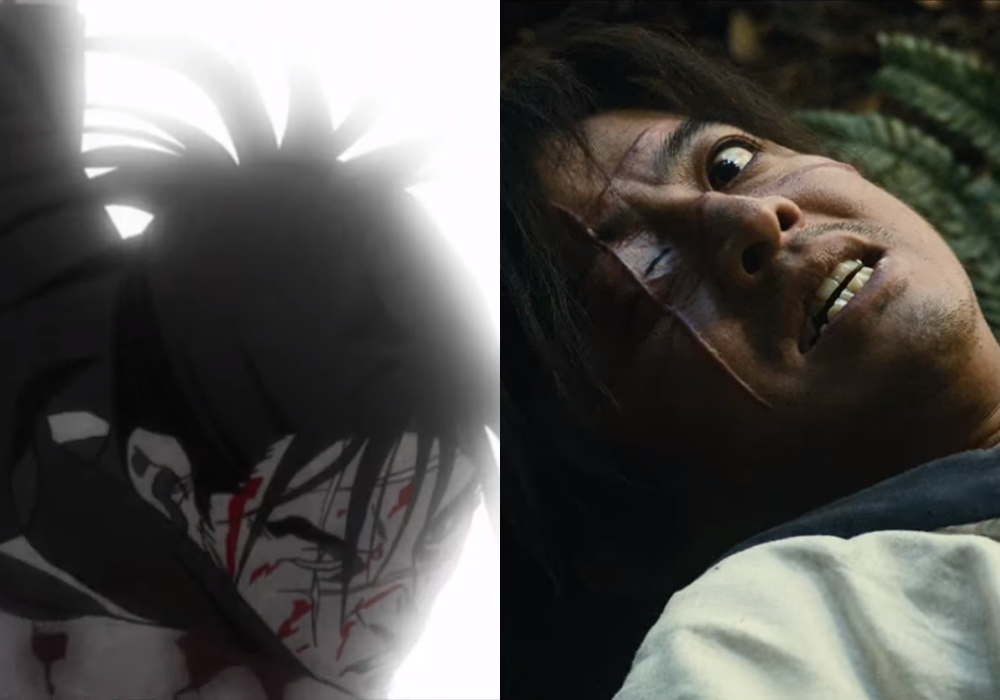 An immortal samurai accompanies an orphan on a quest to avenge the kid’s murdered parents. What follows is a bloody story full of exciting and nauseating fights.

This is a highly-praised adaptation, with the manga author commending the movie. Fun fact, the director for this also did the JJBA movie! 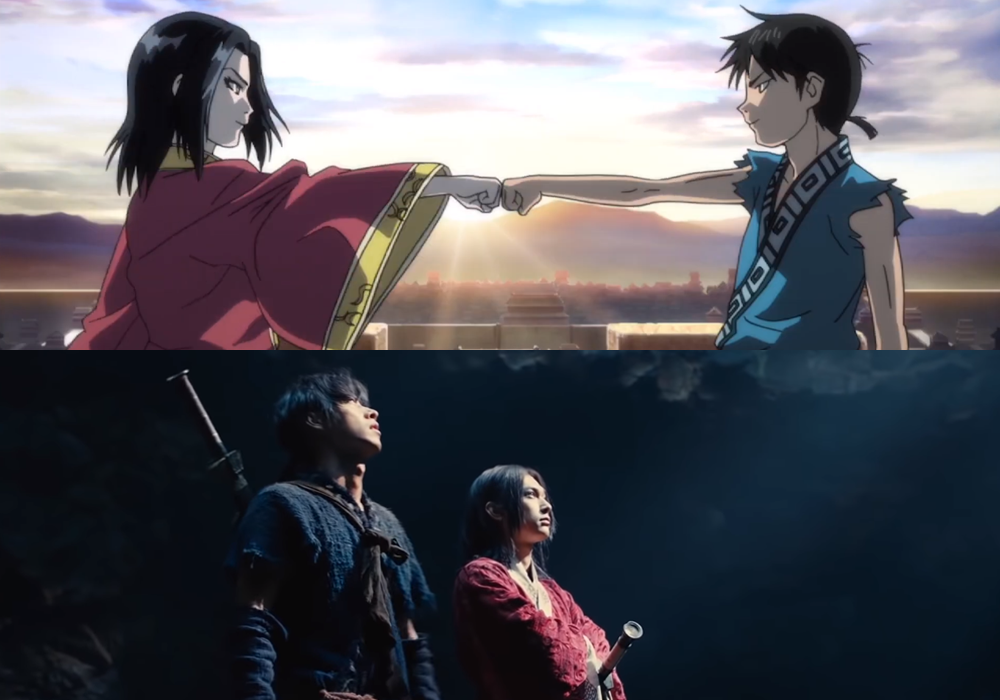 The Warring States period in China was filled with warfare and conquests. Although it sounds like a troubling time, it’s also ripe for inspiration.

It inspired Yasuhisa Hara to write about an orphan boy and a young king who grew up amidst war. After 65 tankobon volumes and four anime seasons, it eventually led to a live-action movie.

And just like the critically-acclaimed manga and anime, the movie won praises, awards, and accolades for its acting, direction, and cinematography. 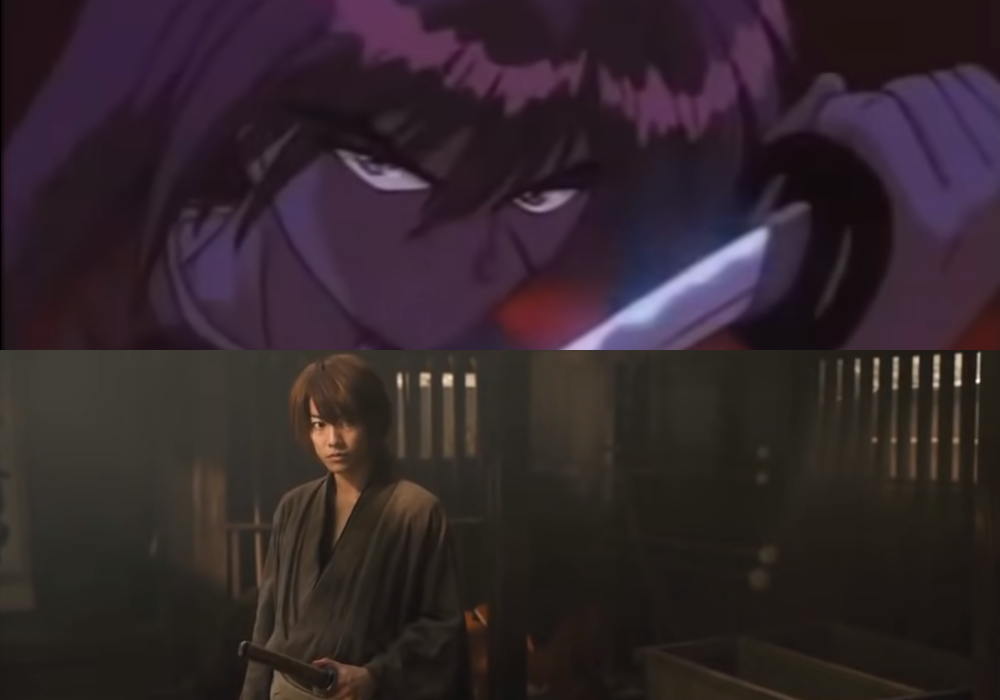 A renowned assassin, known as the hitokiri battousai, decides to live a new life. He vows never to take a life again.

However, people from his past continue to chase him and threaten his newfound family and peaceful existence.

If you’re looking for a great example of what a live-action anime should be, the Rurouni Kenshin live-action movies are the standard answer.

As an example, they retained Kenshin’s red hair without making it look too bright or tacky.

Production companies should look to it for inspiration when it comes to future live-action anime adaptations!