Minecraft is a game that fosters tremendous creativity; and not just in the gameplay itself.

Thanks to its accessible nature, the game has one of the largest modding communities on the internet, providing aspiring game developers with everything they need to practice their skills.

Today, we’re going to be taking a look at some of the best magic-themed Minecraft mods out there.

Magic systems have been a staple of video games since their early days, and many Minecraft devotees over the years have utilized the game’s versatile modding tools to bring a bit of wizardry into the blocky realms of Minecraft. 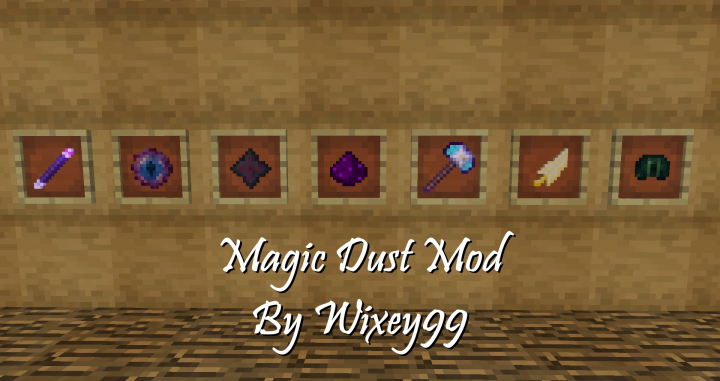 The Magic Dust Mod adds spells and magical artifacts to your base Minecraft game. Players are also able to summon creatures, some helpful and some harmful.

Artifacts will have effects when the player is holding one in their hand, such as a feather slowing a fall. Spells are split into three categories: general, wards, and curses.

In order to figure out how to properly use this mod, the creator includes a PDF file for the player to read with the downloaded content.

This is a perfect mod for players who want to create their own RPG experience with magical touches. 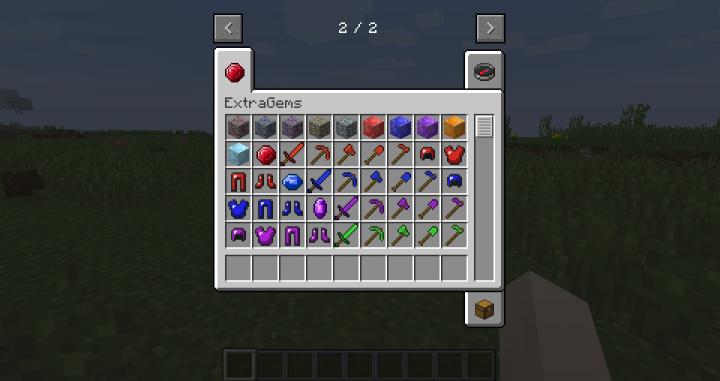 Once you’ve gotten to the Nether, what else is there to do? Well, you can download the Extra Gems mod to add more things to mine and craft!

This mod includes six new gems to mine, including emerald, ruby, sapphire, amethyst, topaz, and crystal. Each can be used in beacons and create side effects when used in amulets.

The mod creator created these gems to have similar stats as a diamond but with the durability of iron. You can also create a fun-looking armor with these gems as well!

But in amulet form is where the magic comes into play, including effects like increased speed, luck, and health. 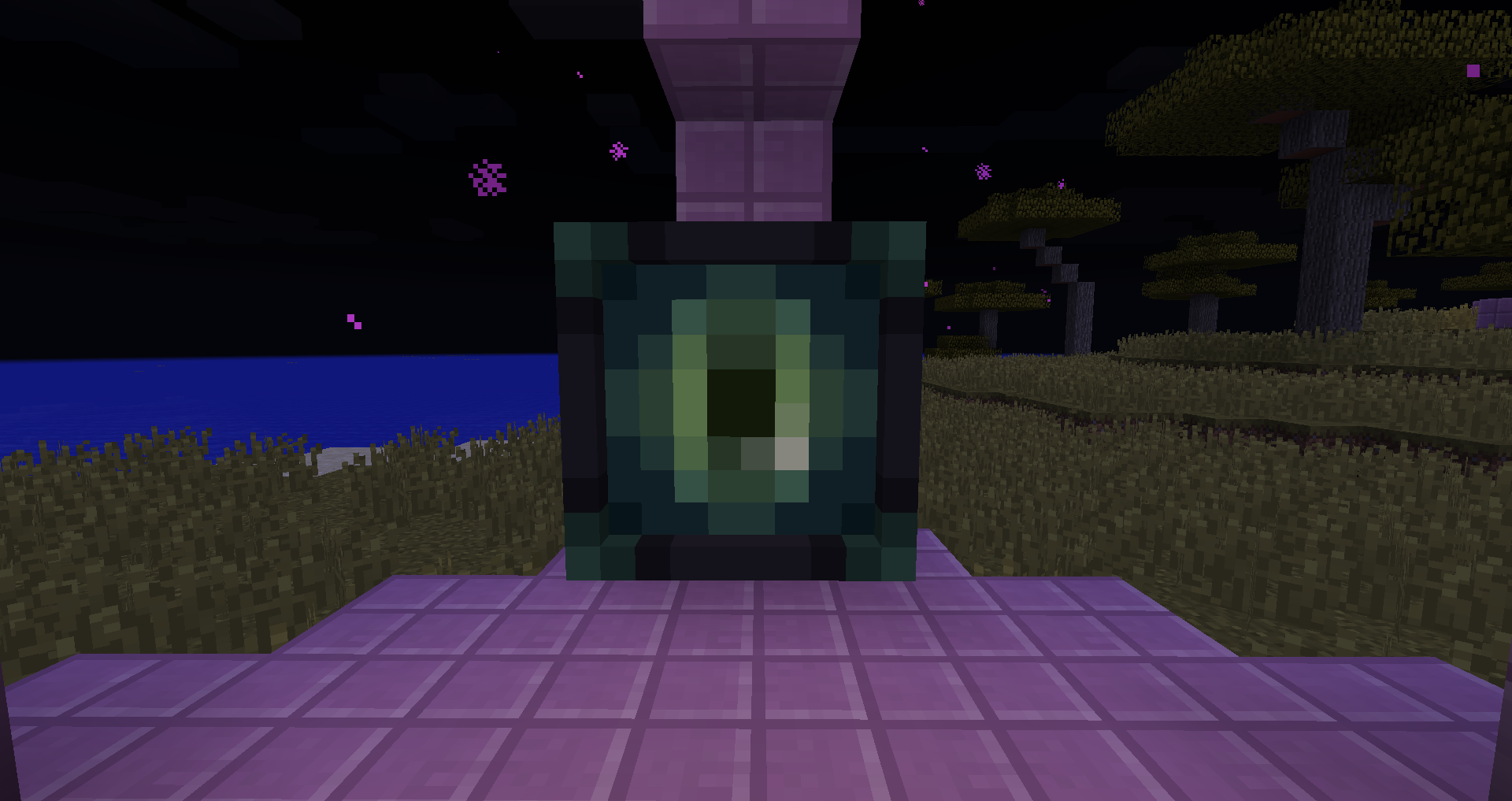 One grief of many Minecraft players is building and rebuilding Nether Portals, only to never remember where any of them are.

Fast travel is a common mechanic in games today, and this End Teleporters mod allows players to finally do just that! This mod adds recipes to the Minecraft base game.

This recipe is made through the creation of the Ender Frame, a new beacon block provided through this mod. You will need to construct two teleporters by placing one Ender Frame in an area comprised of 3x3x3 air spaces and 9x9x9 purpur blocks.

The range of the teleporter will increase with more purpur blocks. 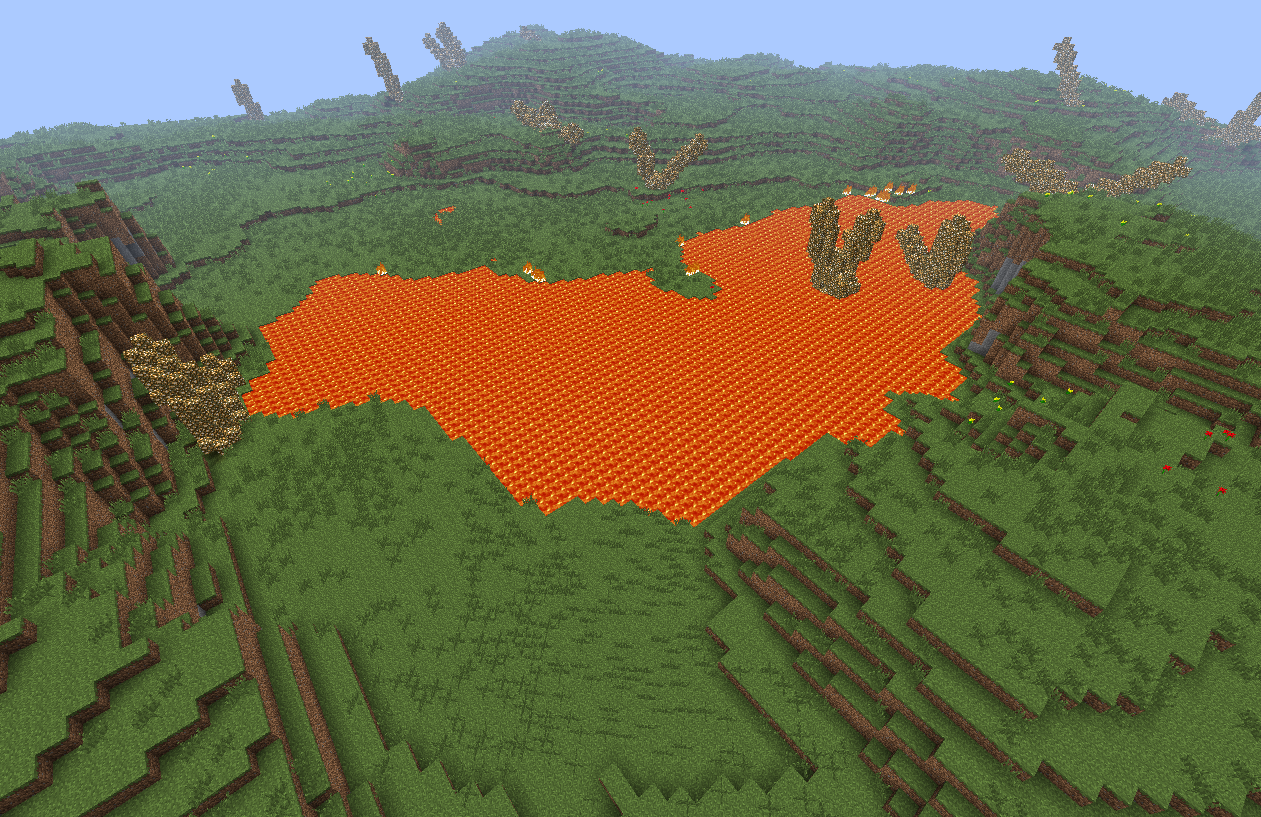 This is a slightly esoteric one, but for those who remember the famous 90s point-and-click adventure game series Myst, it’s a serious nostalgia trip.

Based directly on the lore of those games, Mystcraft introduces players to a unique magical system that allows them to create, or “write,” entirely new worlds, known as “Ages,” and travel to them.

It’s a highly intriguing look at what this iconic point-and-click series might have been like had it been made with more versatile modern technology.

Reliquary is a slightly simpler mod, adding a few magical items to the game that the player can find with extensive exploration.

However, considering how useful some of these items can be (they include a lilypad that increases the growth rate of crops, a chalice that can store lava, and a flower that keeps you from being withered), the mod is well worth your time, and also adds a pleasant magical flavor to the game.

The Waystones mod is mostly just a practical one, but it does have a very pleasant magical flavor to it.

In essence, this mod allows you to craft waystones, which take the form of stone pillars, and which can then be linked together, allowing you to travel from one particular spot on the map to another in an instant.

Needless to say, this is a tremendously useful feature, given how Minecraft’soverworld is, proportionately, several times larger than the surface of the Earth. 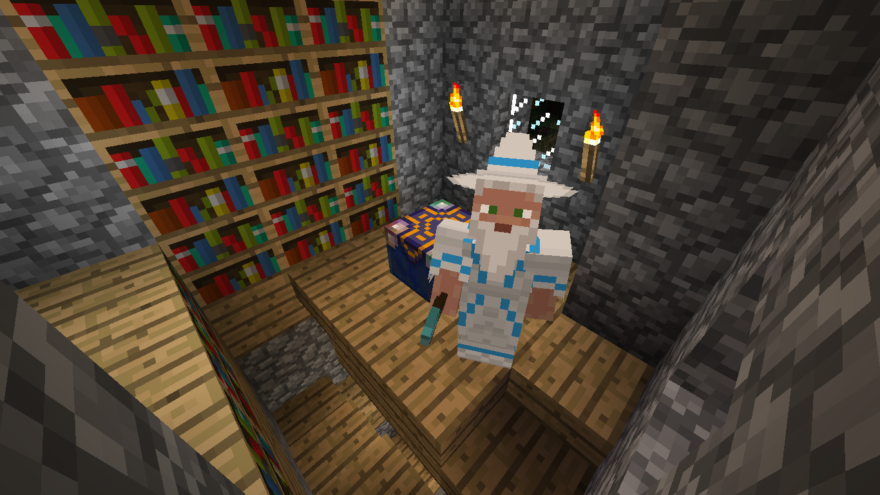 Chances are you’ve noticed by now that most of these mods seem to involve adding some very complicated systems to the game and seem to have quite a learning curve.

Of course, this taps directly into what most folks love about Minecraft; but for those looking for a slightly quicker fix in their magic Minecraft experience, then Electroblob’s Wizardry mod is ideal.

Essentially following the system of a very simple RPG, Wizardry simply requires the player to seek out the various spells, wands, and scrolls by finding them in the wild or purchasing them from other wizards, and hone their arcane skills by fighting mobs.

That hardly means it’s a shallow experience, though – with over 170 spells, this mod will keep players occupied a fair while as they seek them all out.

Another theme-heavy magic mod, this one centers on the power of the stars. Through a system of constellations and shrines, players are able to harness the night sky’s energy and utilize it for magical purposes.

It’s another magic mod with a wonderfully old-school feel to it that focuses on the quieter and more creative aspects of magic in video games. 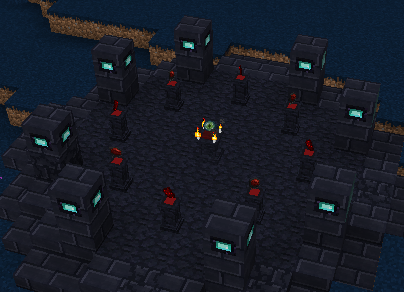 Though designed chiefly as an exploration mod, the tremendously creative Abyssalcraft, which draws a lot of inspiration from the writings of HP Lovecraft, also features a growing emphasis on magic and enchantments.

Taking advantage of Minecraft‘s element of traveling between dimensions, this mod adds four new dimensions for players to travel between, each one with its own chilling atmosphere.

Besides this, though, the mod also allows players to construct altars and perform rituals to infuse their items with various grim enchantments, brew potions, or summon various eldritch horrors.

It’s a perfect mod for the magic enthusiast who also happens to appreciate the horror genre. 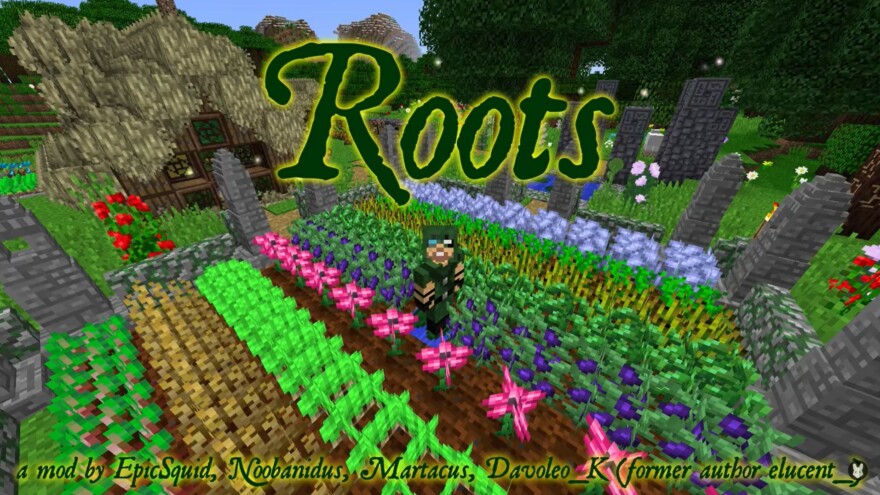 Roots, even more so than Botania and Witchery, is a mod all about the magic of the natural world.

Aimed at the druid in all of us, this mod introduces a system of crafting that gives players access to offensive and defensive spells, summoning rituals, and living, self-repairing tools…all of it with a distinctively organic, natural theme. 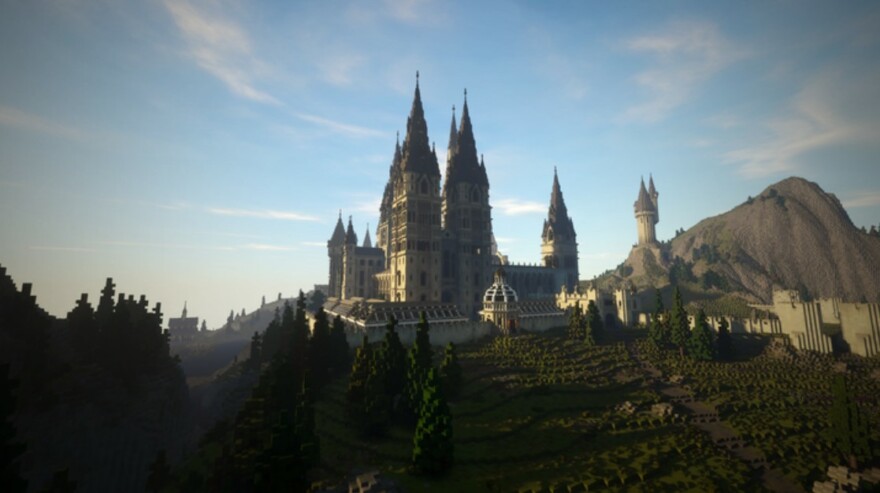 In this day and age, if you’re talking about magic, everyone’s favorite boy wizard simply has to come up at some point or another.

There’ve been a few attempts to bring the world of Harry Potter into Minecraft, but easily the most famous is currently being crafted by a group called The Floo Network.

They’ve constructed a mod called Witchcraft and Wizardry, which not only faithfully recreates the sprawling grounds of Hogwarts Castle, but also lets the player take control of the various spells in HP canon, and even play a few rounds of Quiddich.

The mod is still undergoing development, but there’s already enough there to keep the average Potterhead occupied for hours. 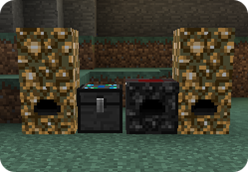 A full rewrite of an earlier mod, ProjectE, is based on the theme of transmutation.

In essence, the mod is built on the notion of the player being able to break down any item into EMC (Energy-Matter Covalence), which can, in turn, be transmuted into other items by way of a Transmutation Table.

It’s a simple concept with a complex system behind it, and when you’re playing a game with as many different items as Minecraft, it’s also a pretty useful one. 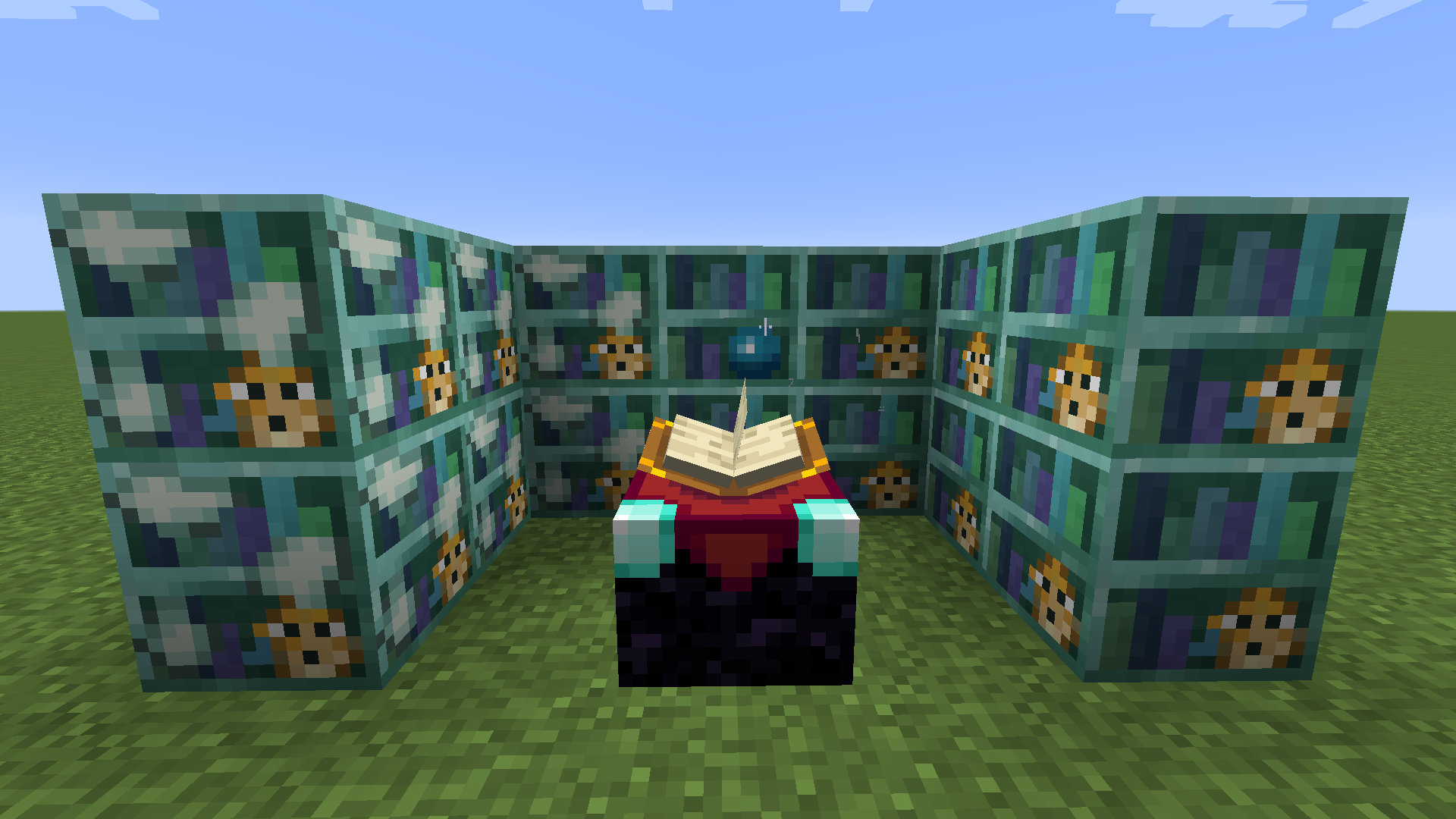 As great a game as Minecraft is, most long-time players can name things that they feel should be improved or expanded upon.

The Apotheosis mod is dedicated to building on the few existing magical elements of vanilla Minecraft and enhancing them greatly.

Enchantment caps are removed, unenchantable items are made enchantable, and new altars are made available. 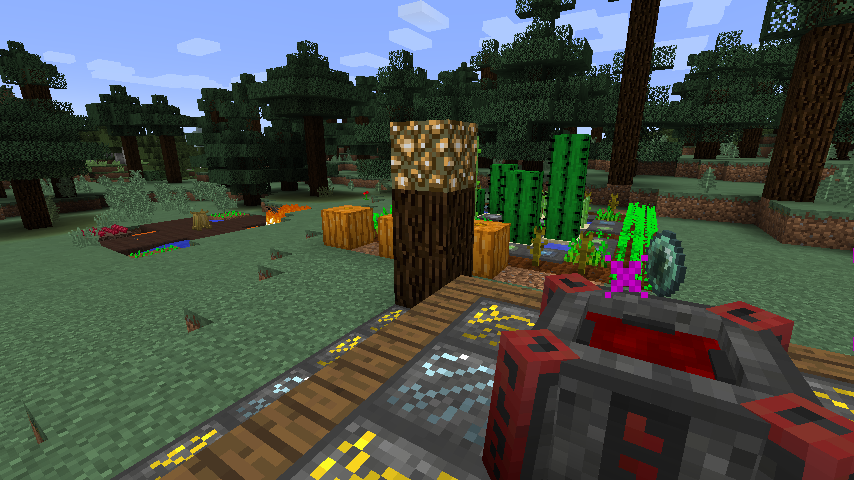 Vanilla Minecraft might have its dark caverns and its frightening denizens, but overall, it’s a pretty family-friendly game.

For this reason, the Blood Magic mod is not only perfect for adding a bit of magic to your Minecraft game, but also for lending it a bit of edge.

As the name implies, this mod is all about gathering magical power through blood rituals – give up your own life essence, or that of the game’s various mobs, and receive power in return. It’s an ideal mod for gamers with a taste for Gothic horror.

Clearly inspired by a love of genuine Wicca traditions, the Witchery mod is less about flashy spellcasting, and more about the old-school, storybook charm of witchcraft.

Players can tend witch’s gardens, perform rituals and summon familiars. Sadly, the mod hasn’t been updated in a fair while; but nonetheless, it provides a very subdued take on magic that’s unique not only among Minecraft mods but among video games in general. 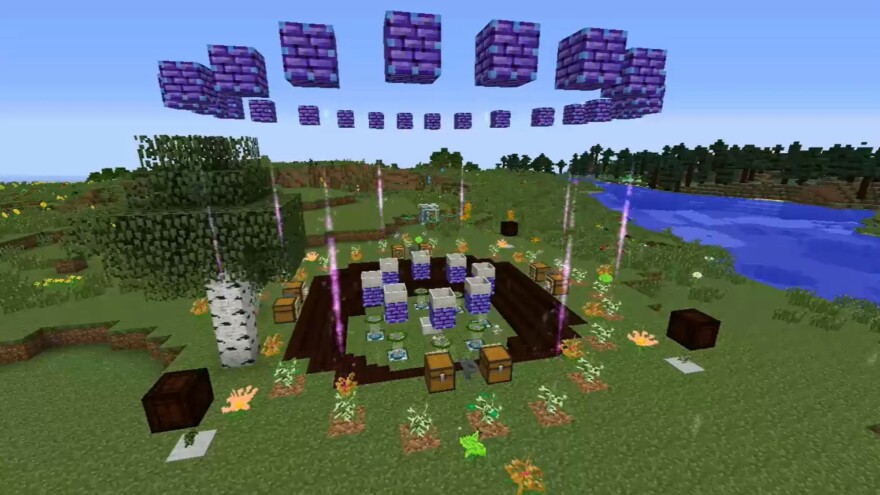 This one takes a slightly different approach, being more focused on magical tech than magic spells.

As the name implies, the Botania mod is built around a complicated system of plants and flowers that allow you to create magical amulets and weaponry, and, in the long run, magically automate your Minecraft world.

And much like the central system of vanilla Minecraft, Botania’s system is complicated to learn fully, but fun and engaging all the way through. 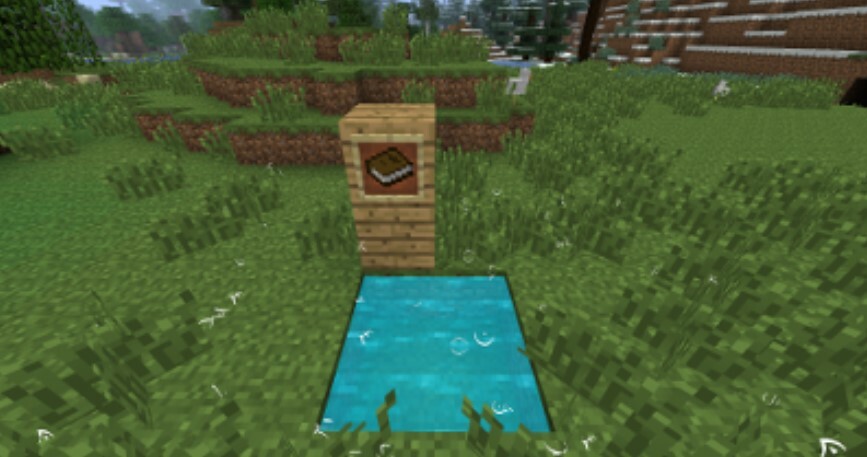 A sequel to an earlier discontinued mod, ArsMagica 2 is the perfect addition for those fantasy nuts who like their magic systems to be substantial and complicated.

It includes its own in-game compendium, which pretty much tells you just how complex its system for crafting spells and magic can get. But then, Minecraft is a game all about the fun of learning a complex new system; and this mod adds a whole new, magical layer to it.

Minecraft, as even the most casual player knows, is a game all about crafting things from the many resources of the world around you.

Thaumcraft, probably the most prolific Minecraft magic mod out there, draws directly upon this, filling the world with a great variety of blocks that can be used to craft different wands.

In this way, the mod gives us the sense that all of its magic has a direct source, making it feel more like a well-developed system; and more importantly, it works the magic very organically into the gameplay.

All in all, there are tons of options out there should you ever feel that the vast and mystical world of Minecraft just doesn’t have enough of a magical side to it.

And when you’ve added that magic to your Minecraft, be sure to seek out mods that’ll complement it well – one of the many fine things about Minecraft modding is how well different mods can work together.

[…] vanilla Minecraft doesn’t have magic, but tons of mods add to the game. And heck, even if you’re not using any of them, the Mage Tower […]