A lot of the players are moving towards Fabric mods, making it more popular by the day. Why?

Because Fabric mods loader offers a whole new range of mods and makes it pretty simple to use them.

In this article, we are going to be talking about the top 13 Minecraft Fabric mods that make the game even more fun. Let’s get started. 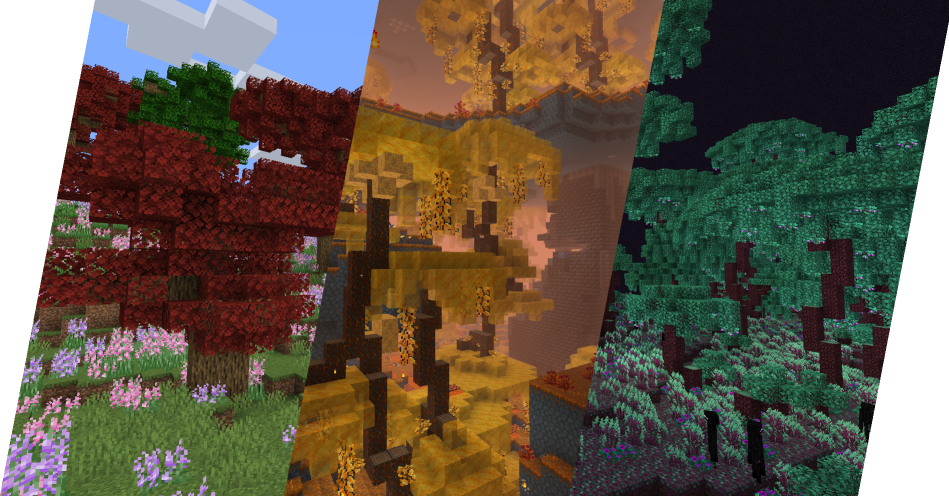 Nothing is more exciting than having a plethora of new lands to explore. After playing through vanilla Minecraft many times, the same biomes get a bit stale.

The Oh The Biomes You’ll Go mod provides over 70 new biomes! This is mod is a large one and provides an extensive amount of exploration and replayability.

The mod creator also included the Biomepedia, which keeps track of the information you discover about each biome along the way! 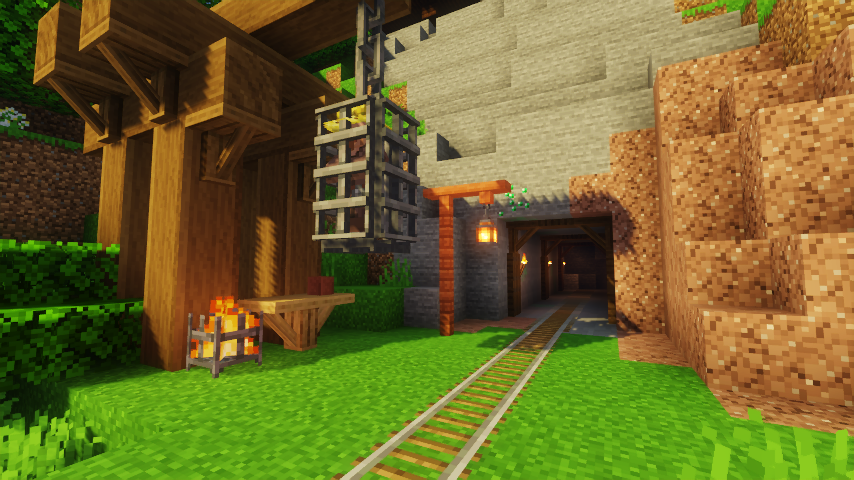 Decorating a house in Minecraft can be tricky to learn at first, but downloading this Decorative Blocks mod can make it easy!

The Decorative Blocks mod provides players with many new blocks that are décor-focused.

These blocks include lattice, wooden seats, a chandelier, a bonfire, wooden palisades and beam blocks, and more.

Turn the inside and outside of your Minecraft Fabric house into a cozy masterpiece with this mod.

There is also a separate Decorative Blocks mod the same creator prepared for snowy areas in the Minecraft world!

In original Minecraft, you simply spawn at the beginning and start off by exploring and crafting. In Minecraft Fabric, this mod can change how you play from the start.

The Origins mod provides races for you to choose from, which gives your character special abilities.

There are nine races to choose from, including Arachnid, Merling, Phantom, Feline, Avian, Shulk, Blazeborn, Alytrian, and Enderian.

Each race comes with unique abilities, as well as drawbacks, such as Baseborn starting in the Nether or Feline having less hearts. Activating your powers is simple, just by pressing the “G” key.

Often times when you’re harvesting, you somehow end up left-clicking on a tree or something important and accidentally destroy it – it’s really annoying, isn’t it?

This takes away all the time you spent growing that one thing that you just destroyed, and it just sucks, but not if you have Simple Harvests.

This super simple mod has only one purpose, “Don’t let anything get destroyed while I’m harvesting.” That’s it. So simple, yet so important.

This little mod lets you collect the SOULS OF THE MONSTERS. Yeah, it sounds weird and evil, but it’s pretty cool.

The first soul shard you get gets bound to the mob you’ve killed. That’s the mob you have to kill in the future for more shards.

Also, if you consume a mob spawner, you get 200 souls instantly. Now using these shards, you can create your own custom mob spawner.

This works just like the regular mob spawner in the game and lets you bring your custom mobs in the non-creative mode. 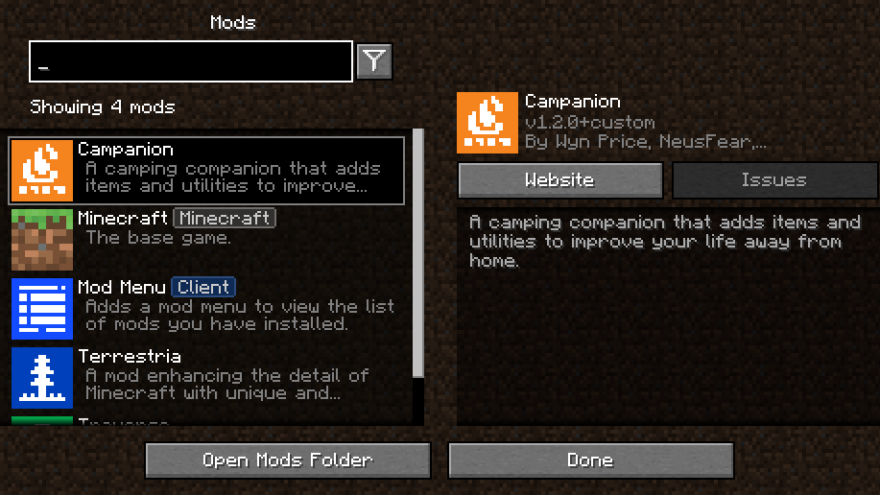 If you’ve been playing Minecraft for some time, you’ve had your go with mods and are familiar with the Forge mod loader – one of the most popular loaders.

This loader came with a mods menu that lets you see which mods are active if you had multiple.

Unfortunately, since the Fabric mods are new, there was no such feature. So, to see if the mod was working, you had to jump into the world and hope it didn’t crash.

But *GOOD NEWS* now you can have a Mod Menu just like the one for the Forge loader.

This way, you can easily see which mods are active and which aren’t. 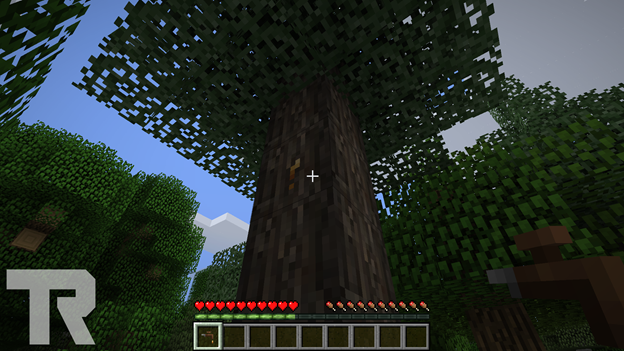 Tech Reborn is an awesome industrial mod if you’re trying to do something “machinery”. It is inspired by the Industrial Craft, aka IC2. It features tons of similar features in this mod.

This mod gives you a great variety of machines, ores, and processing utilities that make your Minecraft a factory playground.

Definitely check it out if you are diving into the world of machines using the Fabric mod loader.

That covers our Top 10 Fabric mods for Minecraft. If you think there’s a mod that should be added here, do let us know!

There are plenty of inventory management mods and items out there, but they rarely get any appreciation.

Using this mod, you can change the weather, enable or disable cheats from the mod interface, you get a very neat pane on the right side that lets you browse through all of the blocks you have from the game or any mods that you have installed.

You can check out hundreds of crafting recipes without having to go to Google – how cool is that? 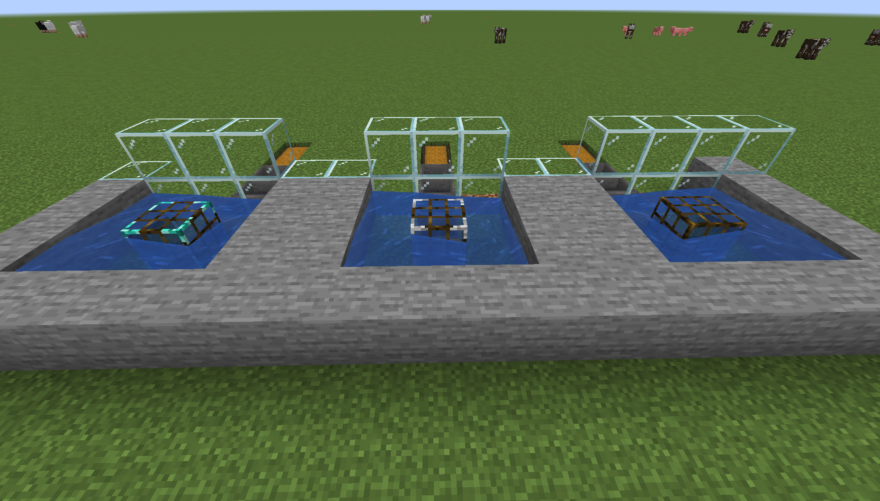 The Fish Traps give you the ability to set different auto fishing blocks. Unlike how the base game fish farms work, you don’t have to stand around and do all the work by yourself.

Even if you are still fishing, this mod makes the process a whole lot simpler.

The trap uses a lot of different methods to catch fish. There are also baits that you can use to fish. If the baits don’t work, then your yield will be much slower.

So, you have to make sure you are putting the bait to good use. 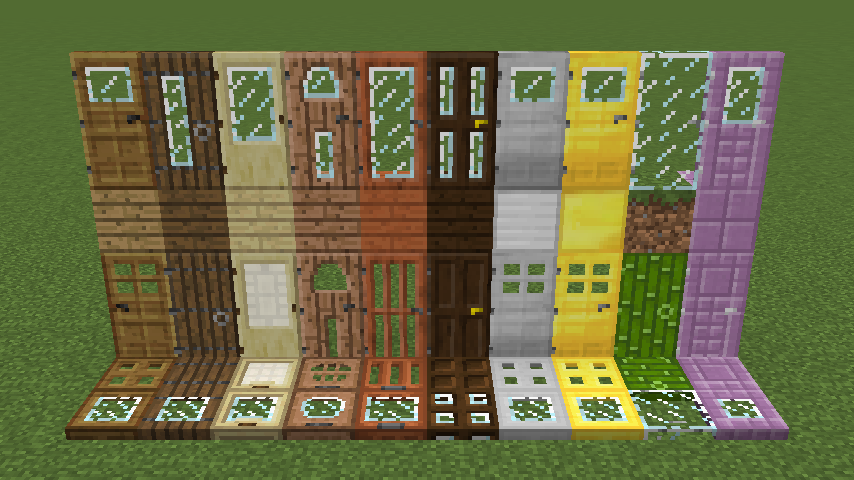 The game hasn’t always given a lot of options when choosing doors. You could only have the iron or the wooden door at first, but now there are a lot of different options for you to choose from.

They include many variants of wood doors that blend into the design of the house – but what if there were more doors? Your prayers have been answered with the Extradoor mod.

This mod gives you a range of new doors to add to your collection.

Along with that, you have variants of already existing doors, such as doors with glass panes, to give them a realistic look. 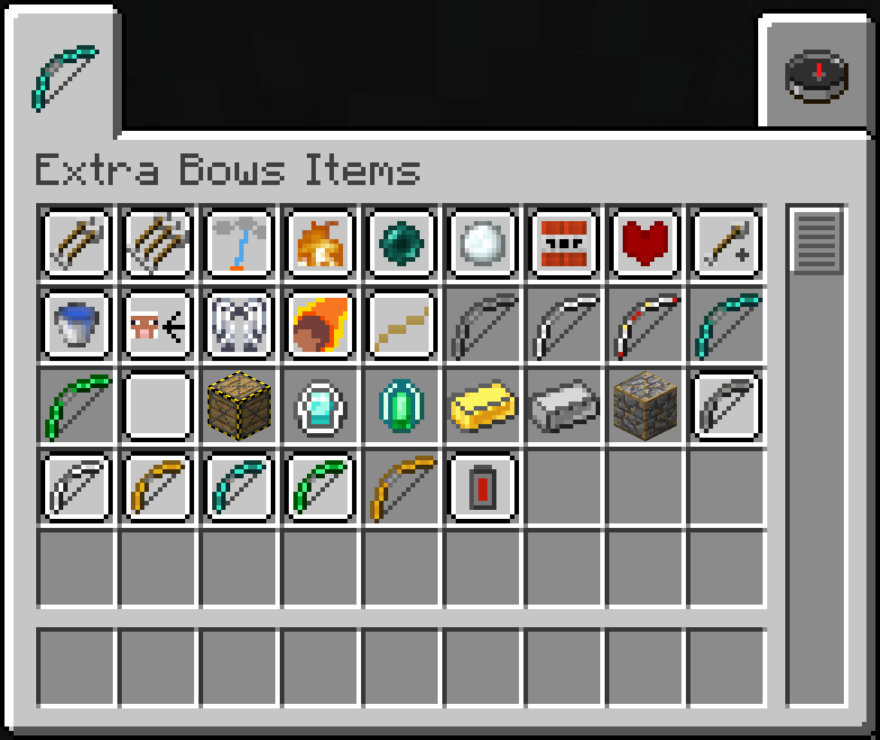 Bows are a pretty cool feature to have, which are great in PVP, defeating bosses, or hunting food. But how well all that goes, depends on what arrows you have in your quiver.

In the base game, you can enchant your bow, but all you get is the standard bow.

With the Extra Bows mod, you get a whole new range of bows and a lot of config options to mess around with. You get a gold bow, a stone bow, an emerald, and a diamond too.

The upgrades get you various arrows like the lightning arrows, double or triple arrows, explosive arrows, freeze arrows, and a cool bridge upgrade arrow, which lets you create a bridge from where you are standing to where your arrow reaches. 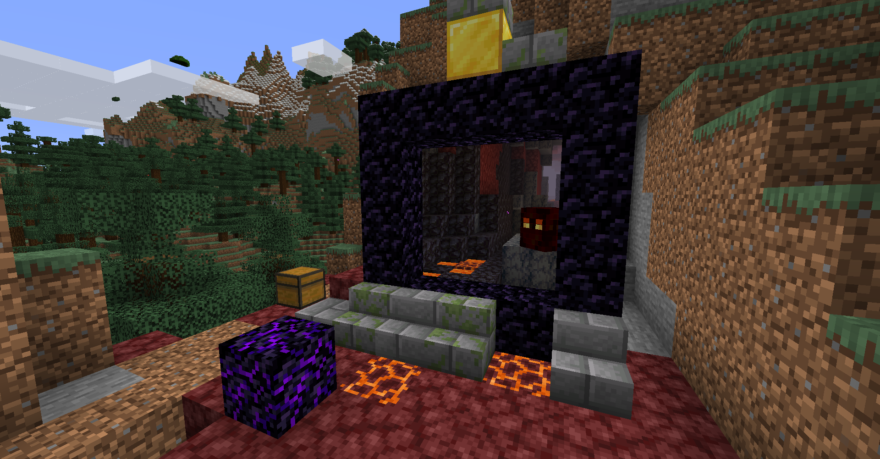 This amazing mod let’s improve the nether dimension experience. It makes the experience much more immersive when you make a nether portal and works even better when you pair it with other nether mods.

It looks amazing because there’s no loading screen when you go through a portal, and the mod blends both dimensions seamlessly.

All you have to do is walk through the portal, and you’re there. You can see what’s going on, on the other side, just by looking at the portal, which makes it even crazier and all the more worth it for you to try.

Using this little mod, you can couple two blocks together to use them as gates or doors.

By using multiple ones on each side, you can interact with them by hitting right-click to open the door – which will open both doors at once.

This can also work with fence gates to make vertical entrances or other cool stuff like trap doors.

This mod is pretty useful for making doors open without needing to use any Redstone.

If you do use Redstone, it will require a signal above 7 – as this is what will power both doors simultaneously.

Top 15 Best Minecraft Magic Mods You Can Download For Free