As is the case with any good role-playing game, Tom Clancy’s The Division 2 requires players to be carefully selective in which skills they choose to build up.

Of course, it all very much depends on what sort of character you want to play and what you wish to bring to your party; but below, we’ve ranked ten skills that, in general terms, can be considered a good investment for most players.

First made available via the Warlord of New York expansion pack, the Decoy skill provides the player with an object that, when thrown, spawns a holographic copy of the Agent that, as the name implies, serves as a decoy for enemy fire.

It can be life-saving when used at the right moment; however, as is often the case with decoy abilities in video games, remembering to use it at a strategic time, especially in the heat of battle, can be somewhat challenging.

As a result, it’s a skill best suited to experienced players.

When it comes to the Firefly skill, the most widely useful of its mods is the Blinder option, which blinds enemies, greatly crippling their ability to fight.

However, in a similar vein to the Decoy skill, the Blinder Firefly requires careful timing and proper forethought if it is to be useful.

If you coordinate well with your teammates and ensure that they’re alerted to the Blinder’s use, so they can take full advantage of the window it offers, this skill could be what turns the tide of battle.

Without proper coordination, however, it’ll likely simply make the battle a little longer.

Thus, like the Decoy, the Blinder Firefly is a skill best invested in later in the game, when you and your team are more cooperative and more attuned to the game’s combat’s nuances.

As you might guess, the Shield skill shields the player, which can be a life-saver when you find yourself under heavy fire.

The Bulwark version of the Shield is the most effective in terms of protection, as it offers a full-body shield; however, it’s best used by players comfortable with lighter weaponry, as only sidearms can be used while the Bulwark Shield is activated. 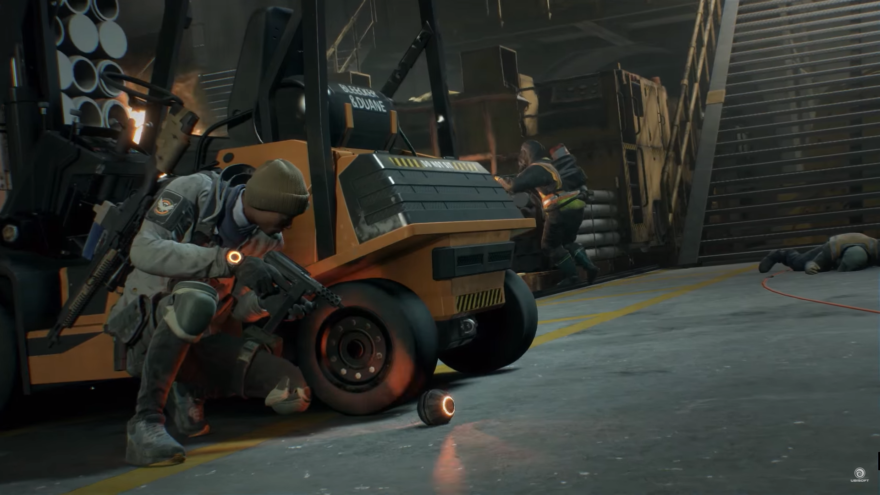 When it comes to the Seeker Mine skill, many players are tempted to focus on the basic Explosive variety.

However, as many players quickly discover, the Seeker Mine skill is most useful in its Cluster form; this version of the Seeker Mine, when deployed, splits into smaller mines, each seeking out a different enemy.

Used with careful timing, this can be a great way to disorient and weaken a heavy cluster of enemies.

One of the mods for the Hive skill is its Stinger ability. With this mod, the Hive, when thrown, will fire out drones across a wide area of effect that attack and distract enemies.

Used at the right time, the Stinger Hive can cripple entire enemies’ clusters or turn entire sections of the battlefield into a no-man’s-land.

However, its powerful nature is somewhat balanced out by the fact that it has a lengthy cooldown time, meaning that, similarly to the Decoy, it’s a skill best suited to quick-thinking, strategic players able to quickly spot prime opportunities to use it in the heat of battle.

While players seeking out an offensive skill that can be thrown out more casually might want to try something else.

The Chem Launcher skill has some tremendously useful options, but the Reinforcer mod is one of the most widely applicable.

This fires off a cloud of gas that repairs you and your allies’ armor much quicker than most of the game’s other healing options, and this is paired with a generously quick cooldown time.

It does, however, have the disadvantage of being a bit cumbersome to use in an emergency.

The multiple charges and short cooldown time does require the player to stop returning fire long enough to fire them off.

You’ll need to ensure that you have your allies cover you while firing off the ReinforcerChem Launcher.

As noted, a number of players take issue with the Hive skill due to its lengthy cooldown time; but the wait is more than worth it when you’re using the Reviver mod.

Fights in The Division 2 can get pretty intense, and you’re likely to die a lot; the Reviver Hive, deployed at the right time, can resurrect downed allies and potentially turn even the most desperate fight back in your favor.

If you’d prefer to never have to use the Reviver Hive, however, and instead keep yourself and your allies up and fighting all the way through, your best option may be the Fixer mod for the Drone skill.

While it doesn’t heal quite as quickly as the Reinforcer Chem Launcher, it does have the advantage of replenishing you and your allies’ armor automatically once it is deployed (though it can also be set to heal specific targets).

This makes it much more conducive to use in an emergency, as it allows you to focus on returning fire while the healing is done. 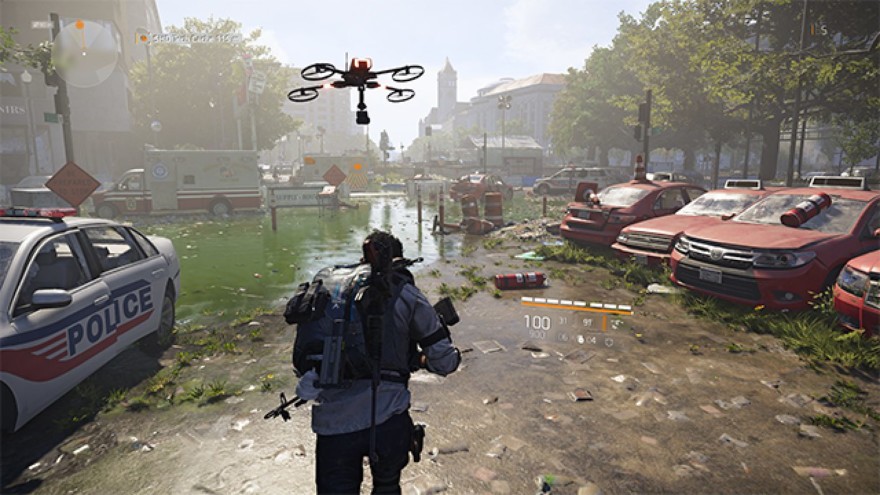 Another, even more, useful setting for the Drone skill is its Striker mod. Generally speaking, no matter what kind of playstyle you’re going for, you can’t go wrong with unlocking the Striker Drone early on – especially if you’re starting out solo.

This version of the Drone flies about tracking and firing at enemies; it can be sent after specific targets or allowed to track enemies automatically.

No matter what your particular playstyle may happen to be, the extra firepower can be a life-saver, especially if you don’t have other players backing you up.

In a similar vein to the Striker Drone, the Turret – specifically its Assault mod – offers backup fire tremendously useful to any player, especially early in the game.

As you might guess, the skill allows you to deploy a turret the fires at enemies – either automatically or manually, depending on player preference.

The Turret also has other nifty, more specialized mods, such as incendiary or sniper rounds, but the basic Assault mod, being the most generally useful, is the best starting point.

There are a great many ways to approach combat in The Division 2, and a set of skills that work tremendously well with the right set of allies might not be quite as effective solo or with a differently balanced group.

Players need to carefully plan what sort of playstyle they prefer when choosing their skills, but overall, there are at least a few skills that can prove relatively versatile.